Timothy Taylor presents the gallery’s first exhibition of paintings and studies by the late British artist Victor Willing (1928-1988), following announcement of representation earlier this year. Highlighting the fierce and complex surrealism Willing voiced in the 1970s-80s, the paintings hold a sharp emotional range – from joy to cerebral anxiety and the pain of mortality – that feels uniquely attuned to the present moment. 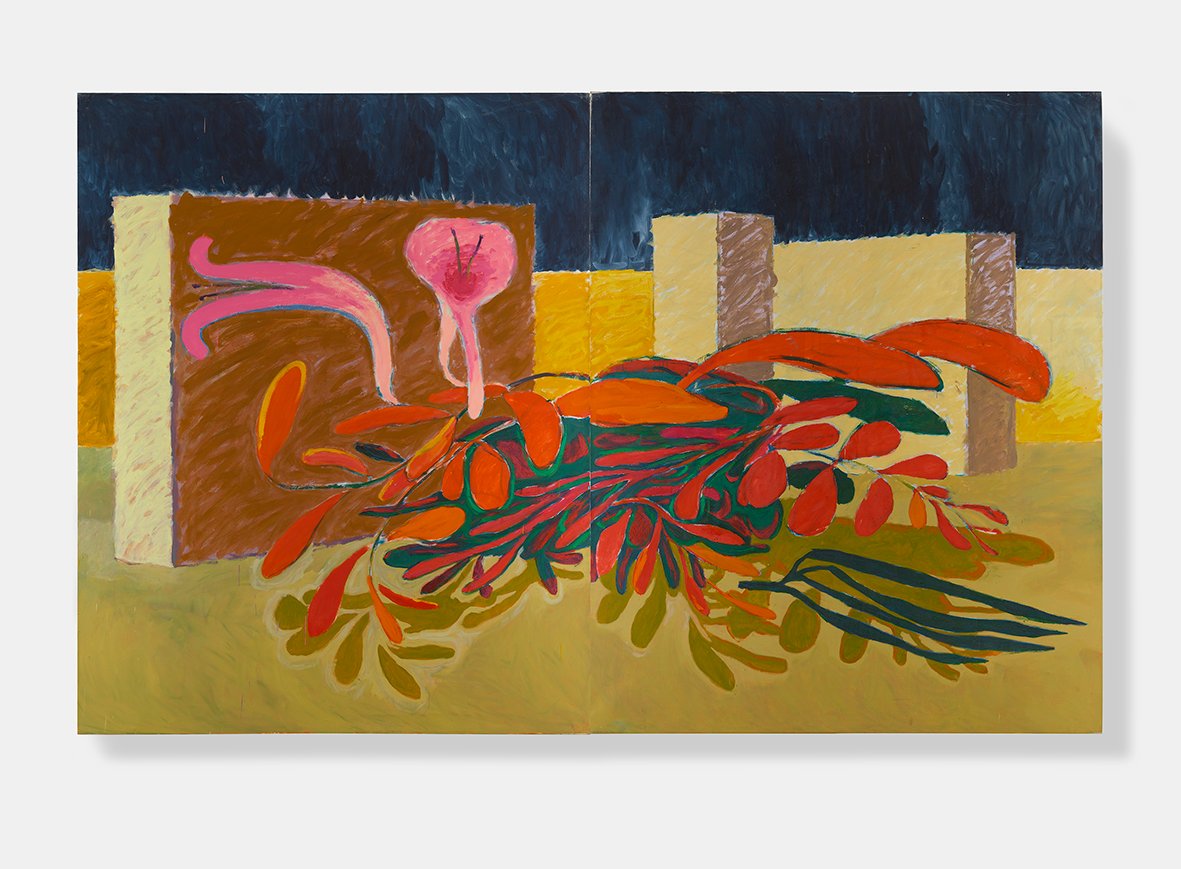 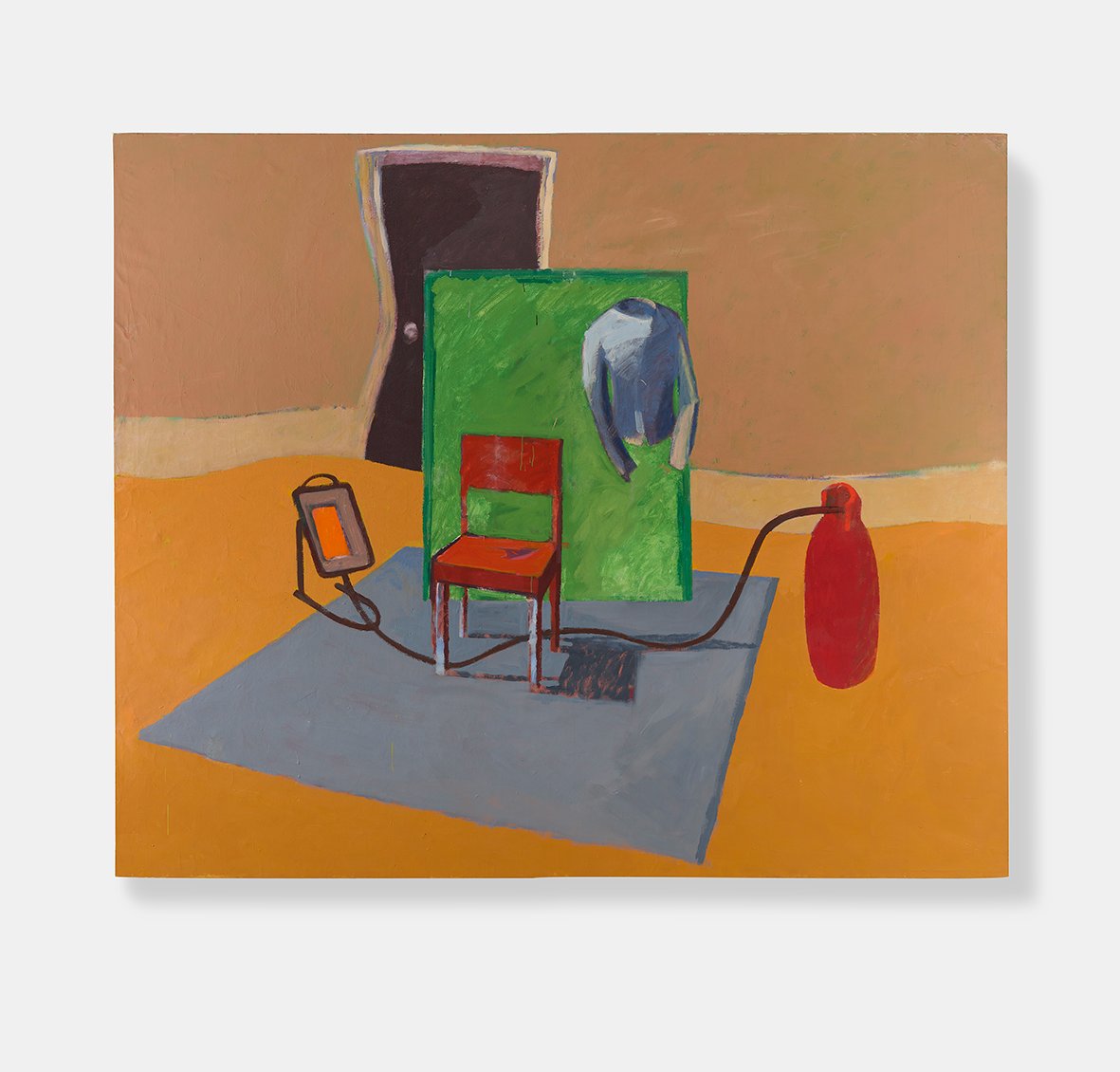 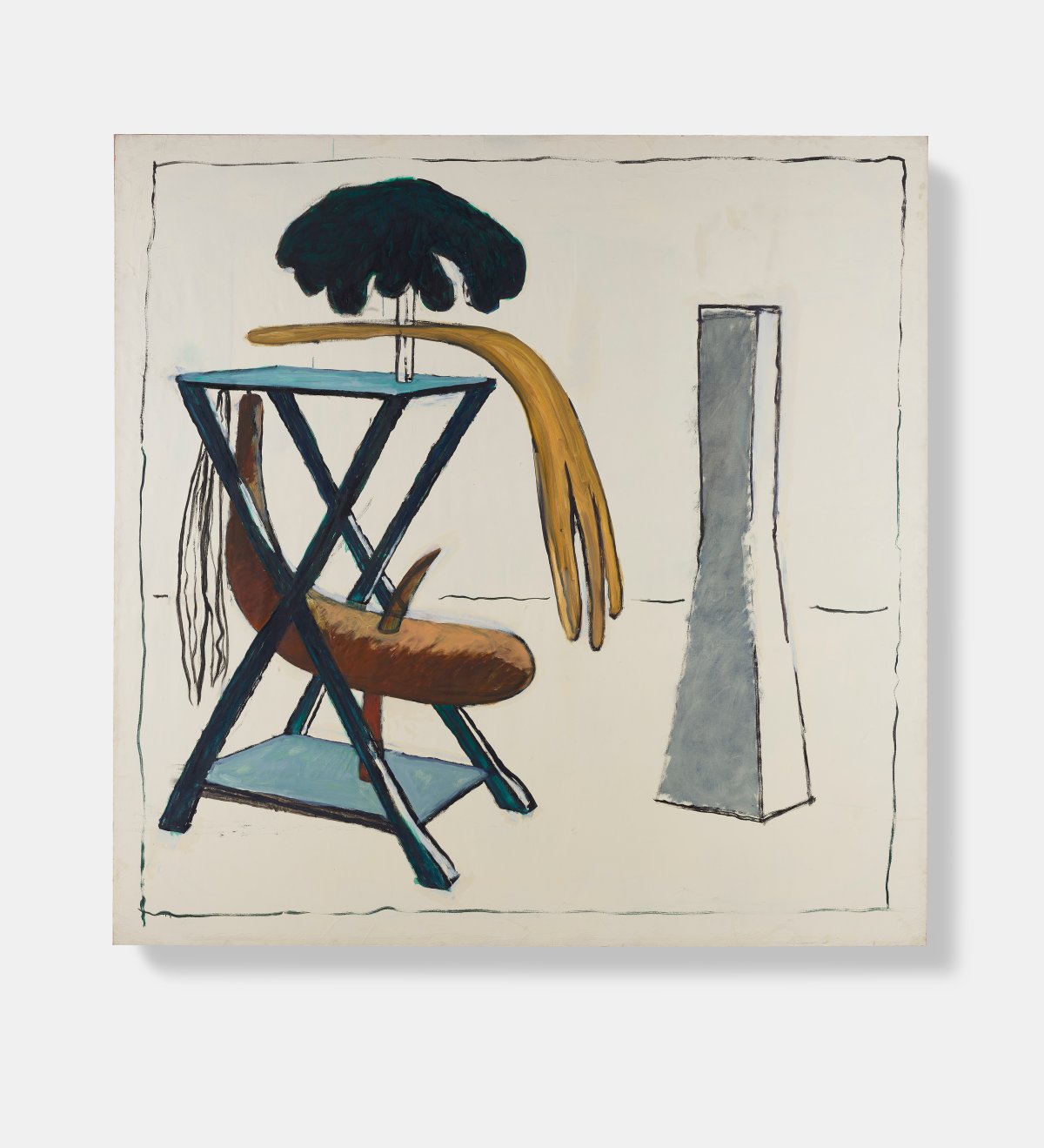 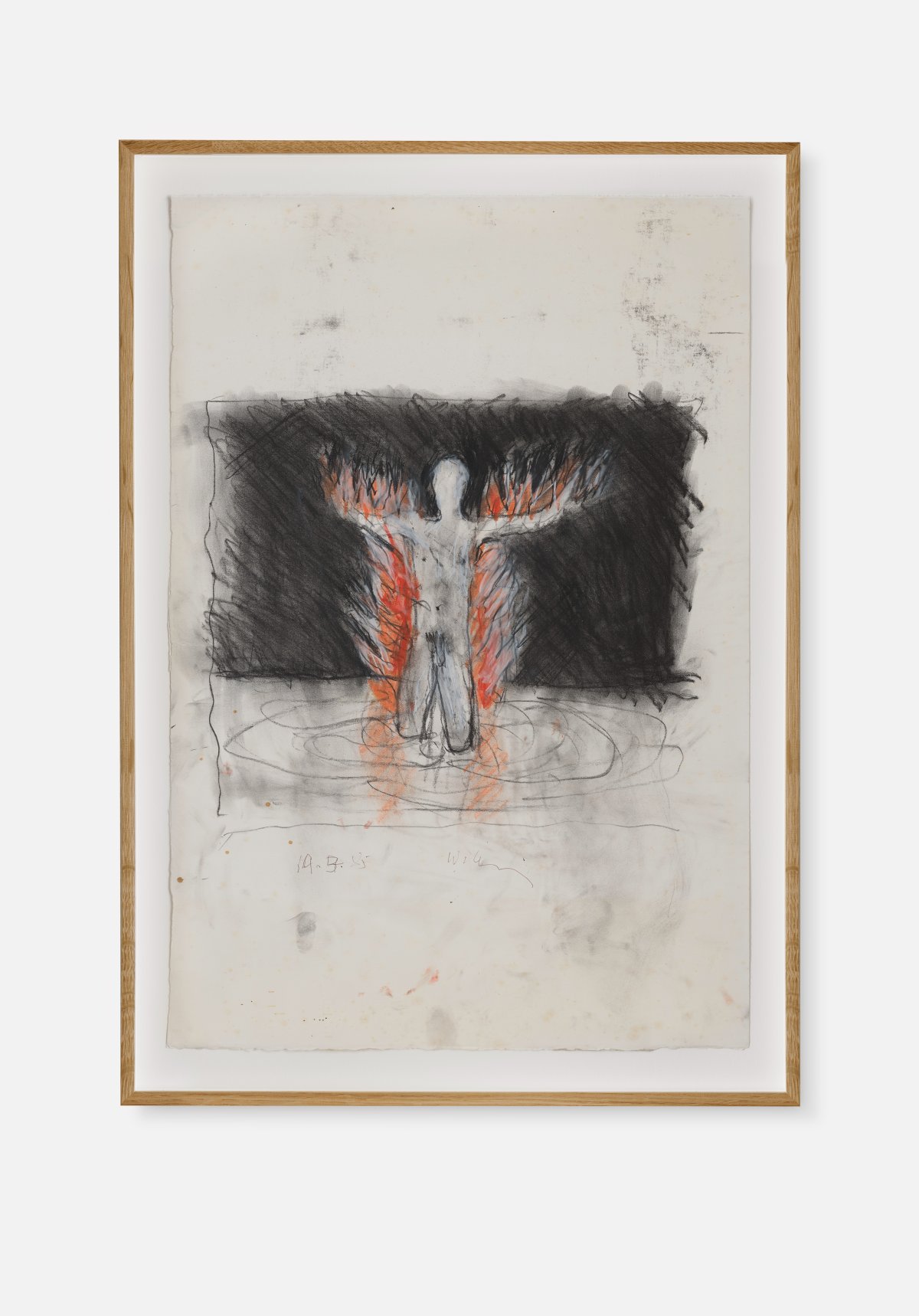 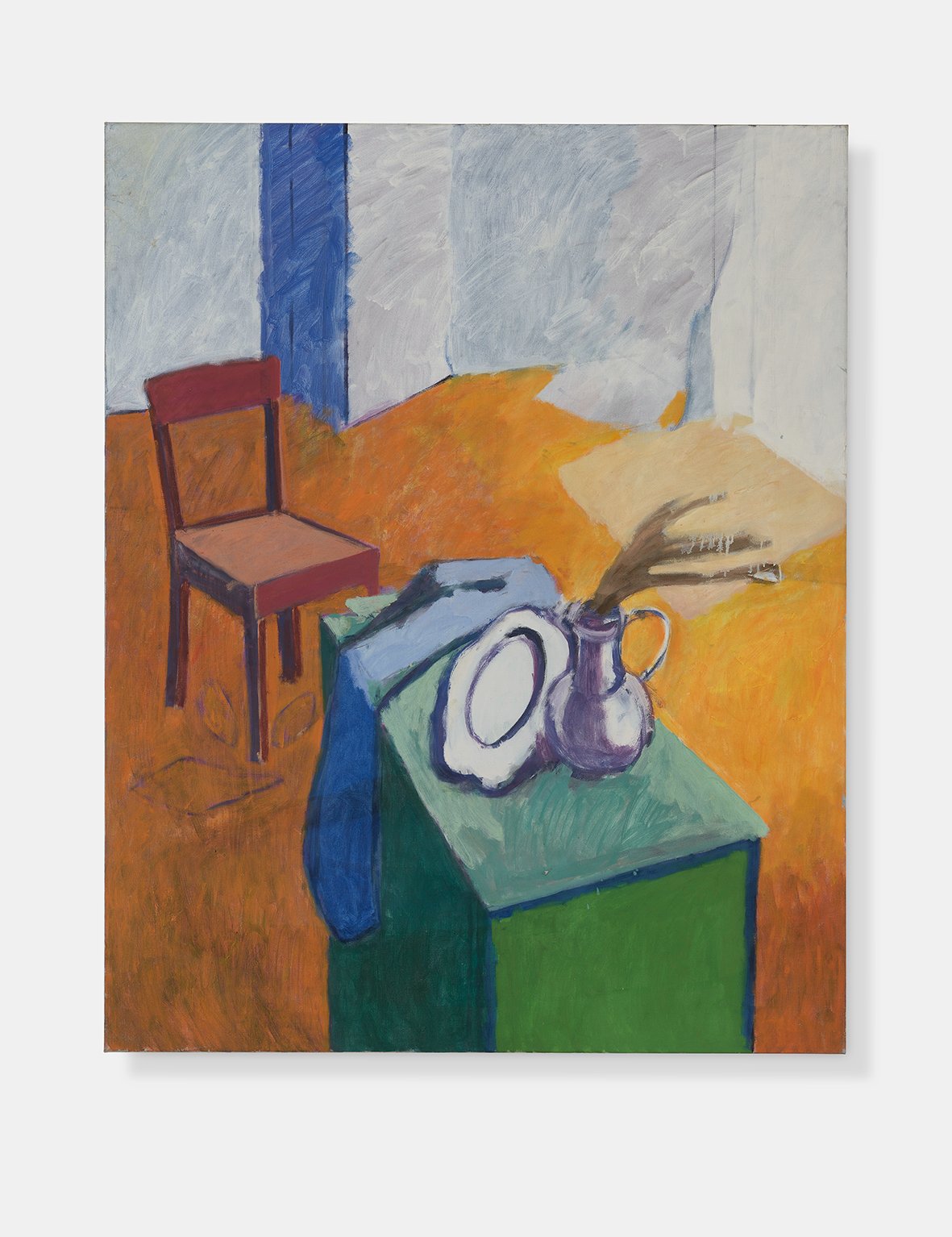 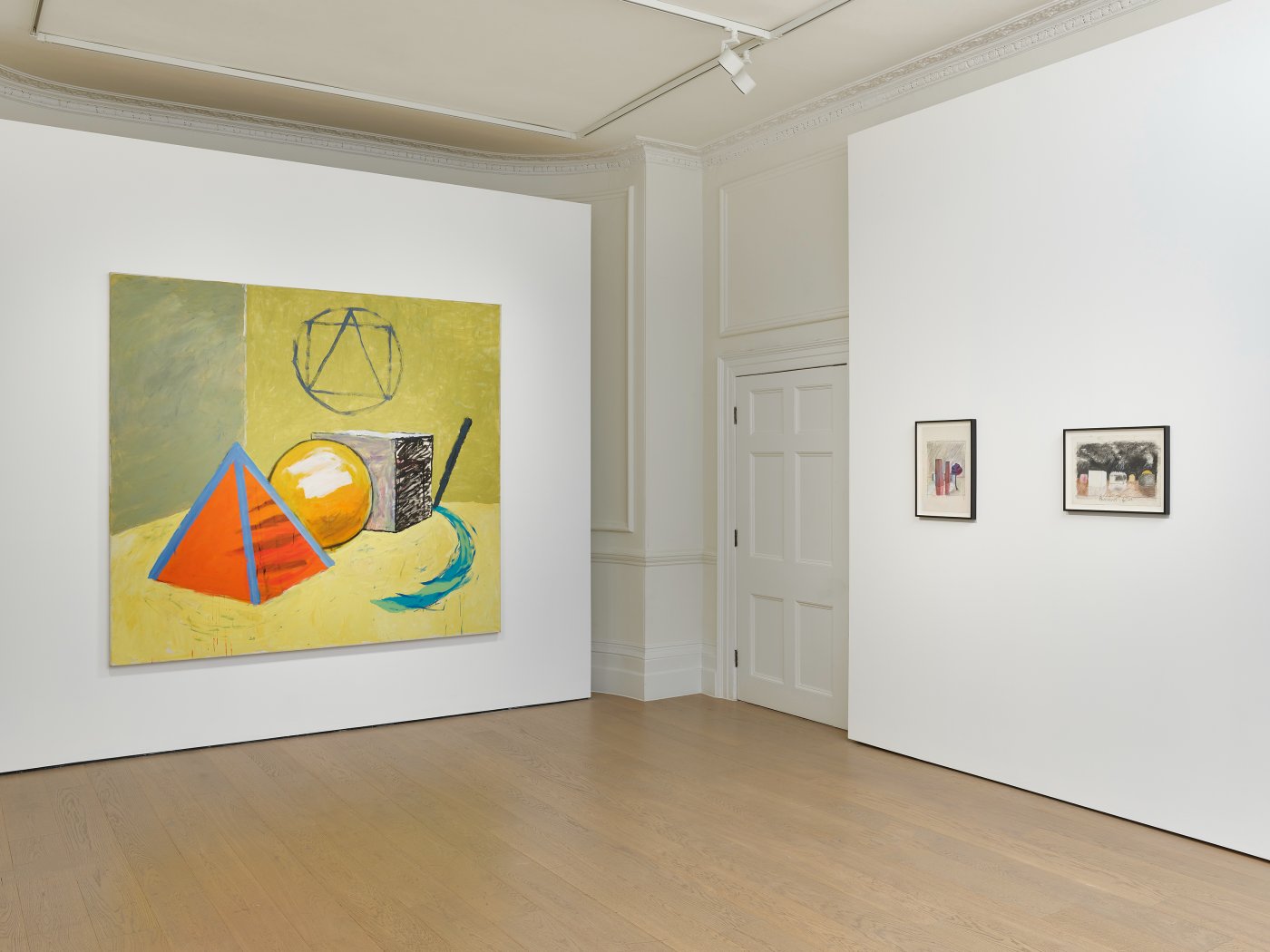 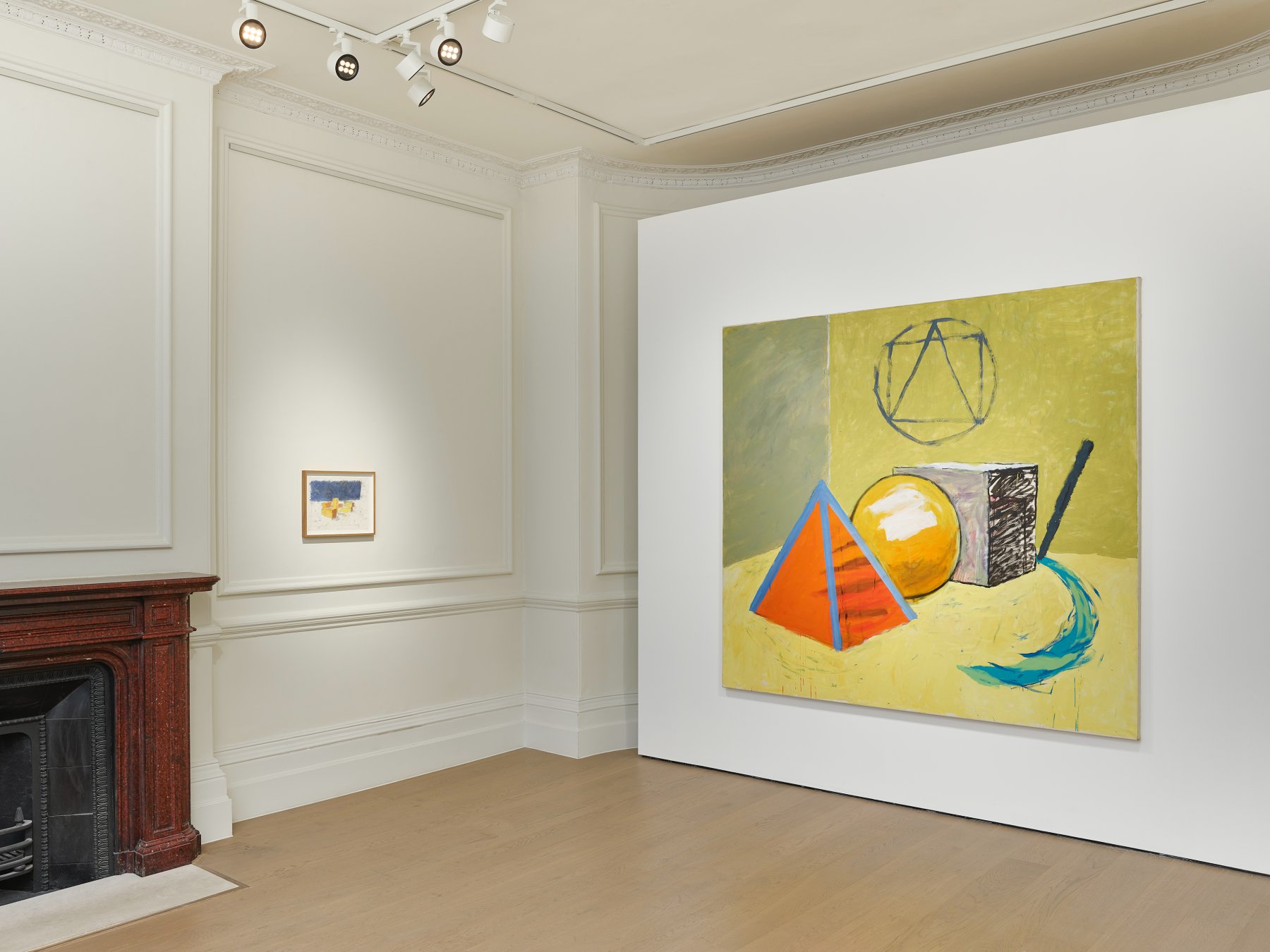 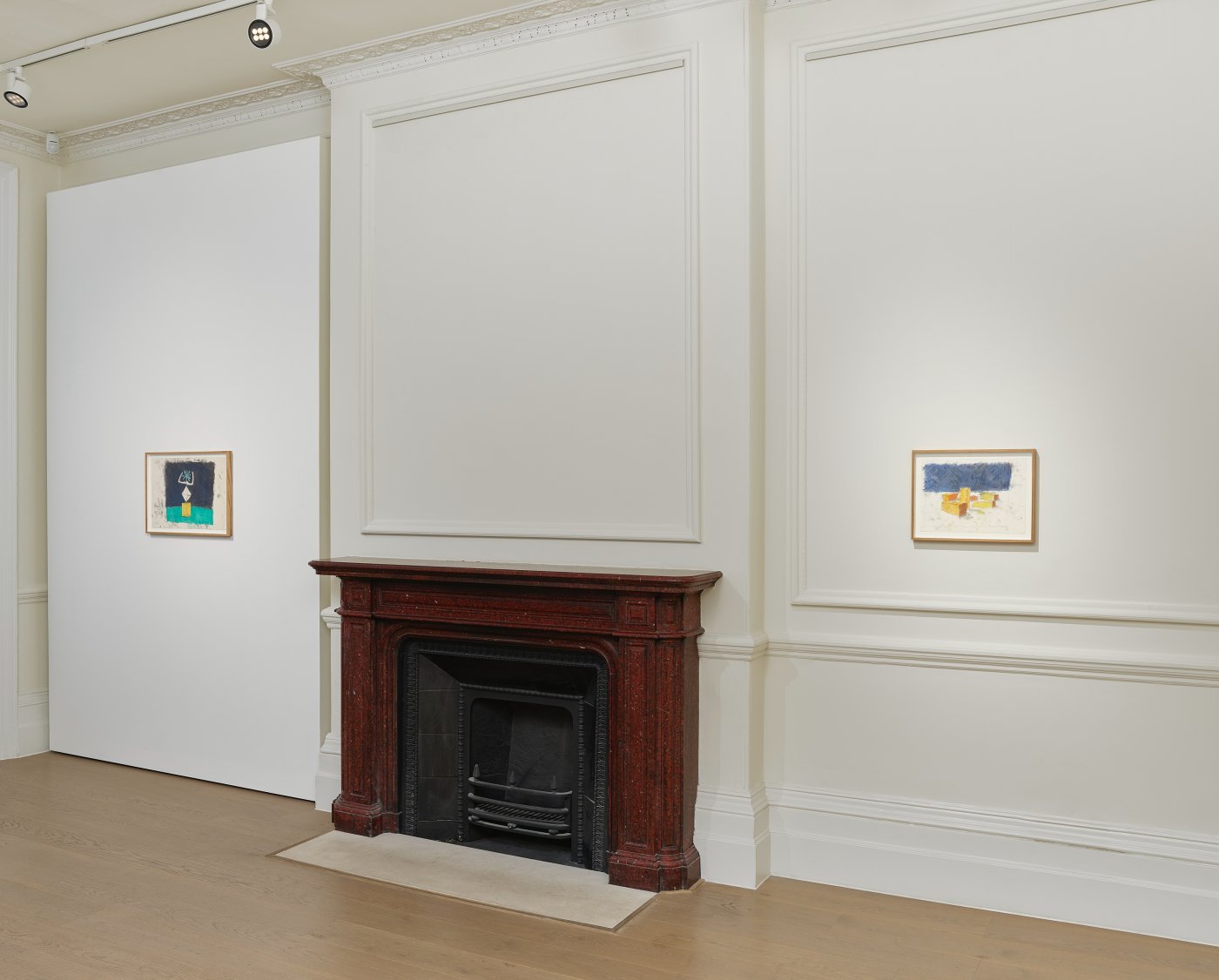 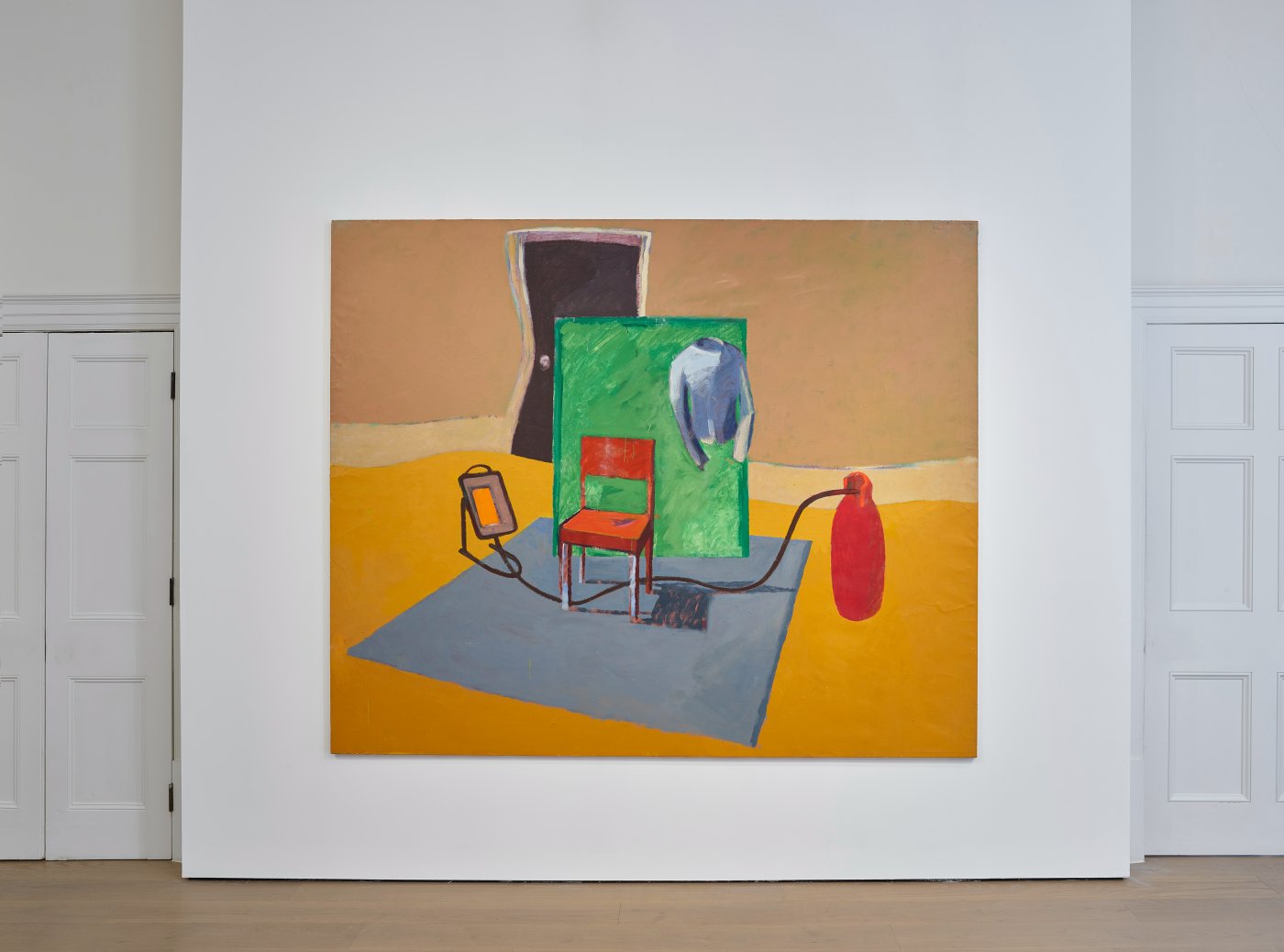 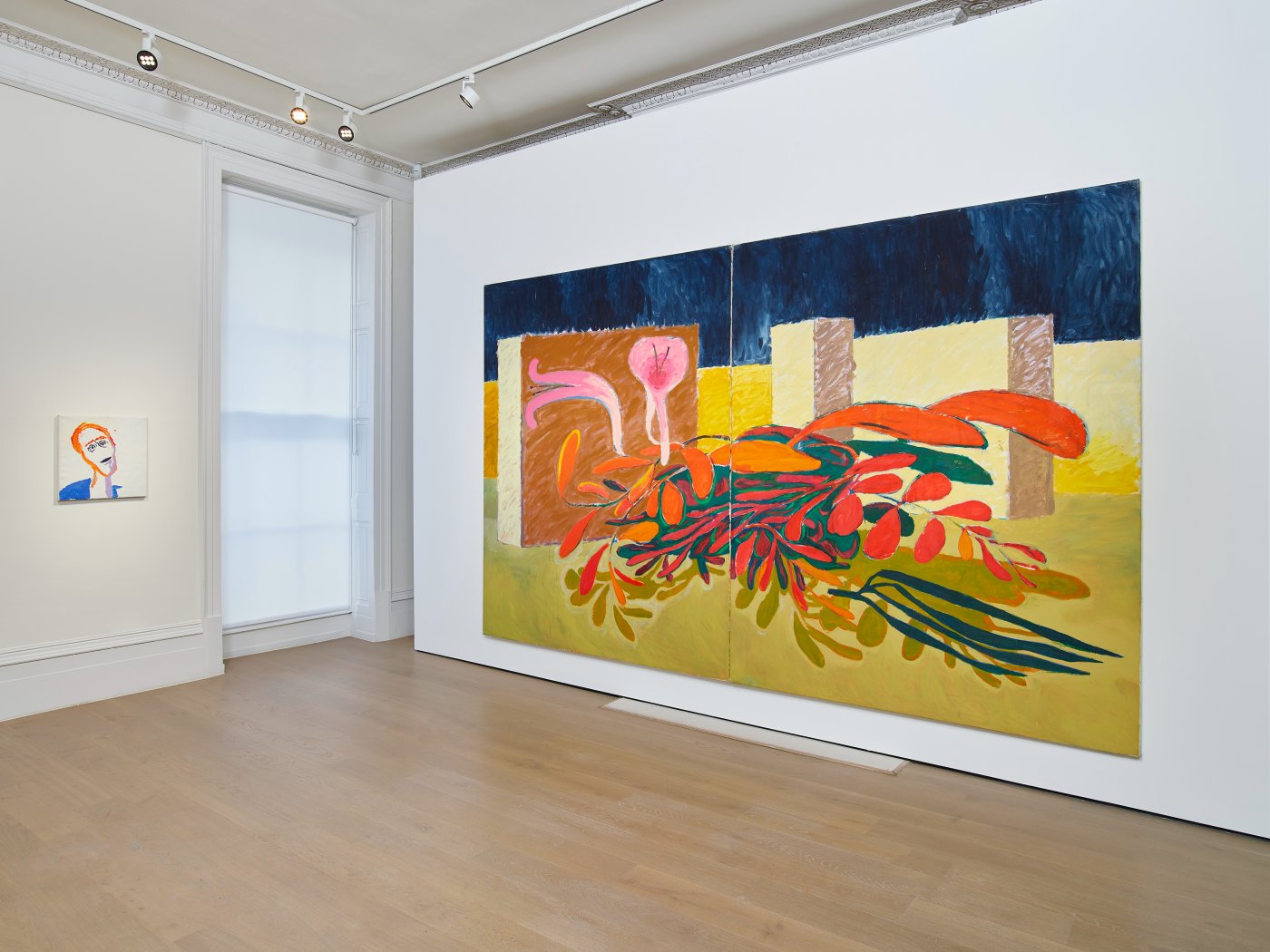 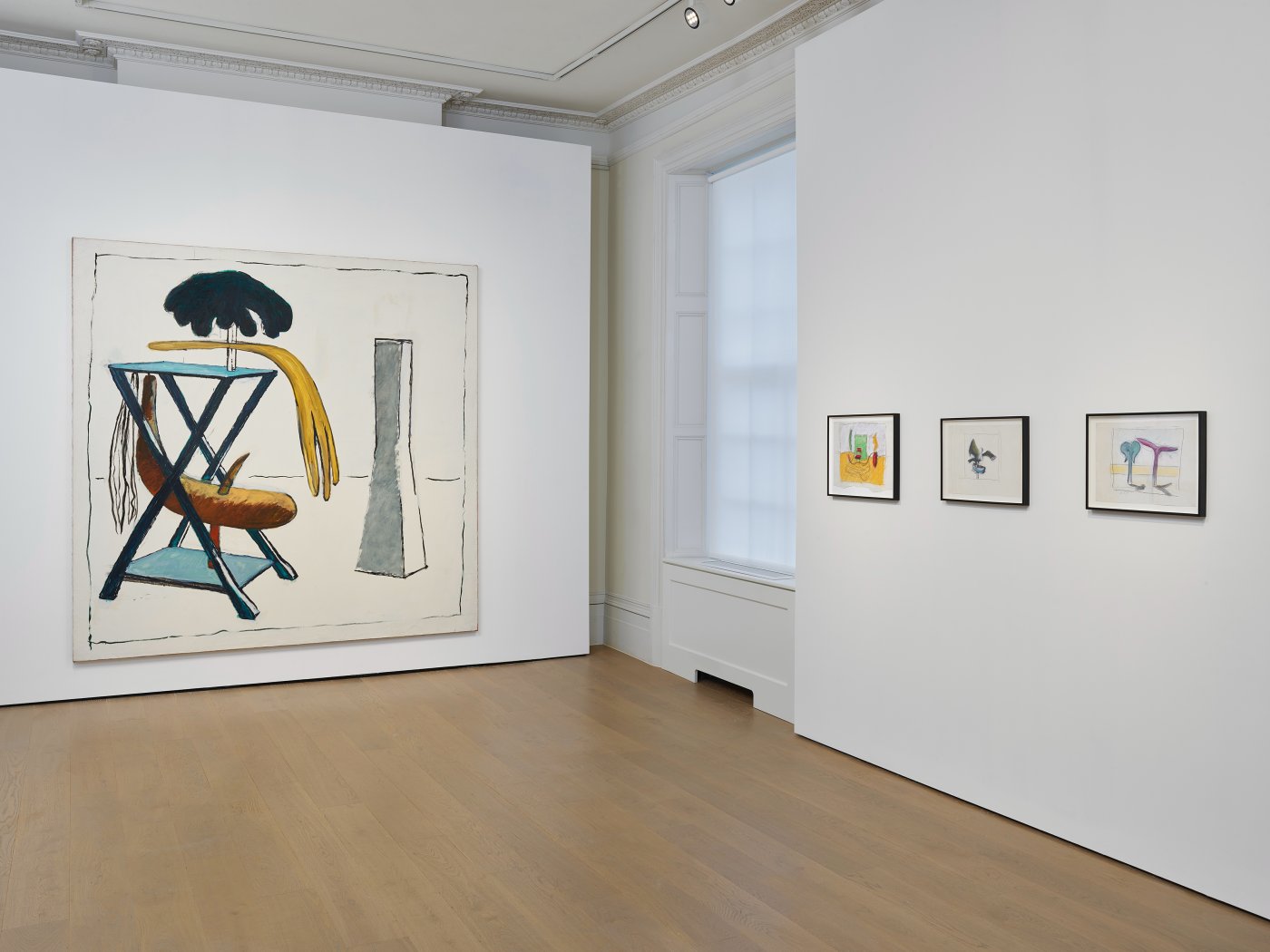 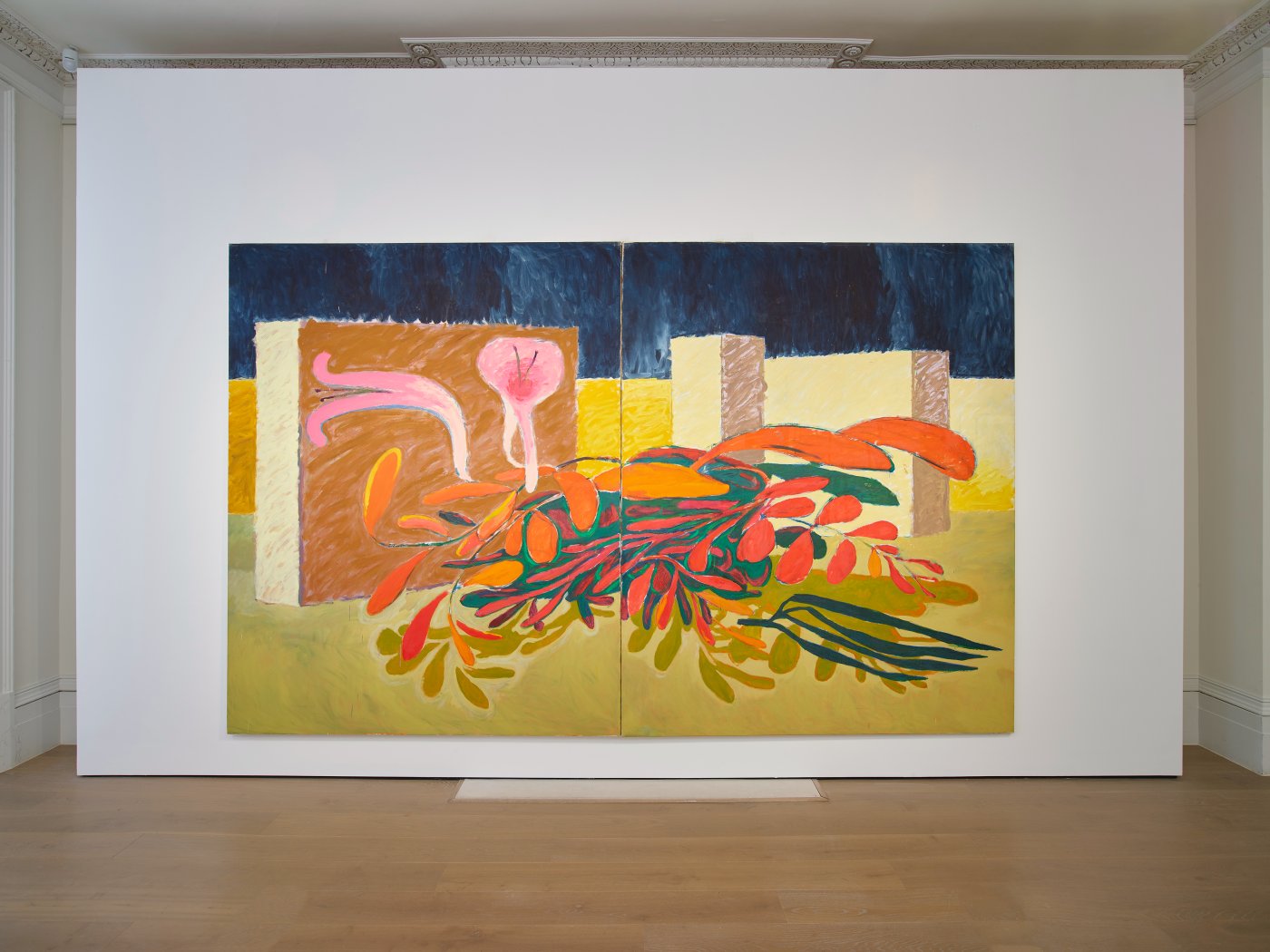 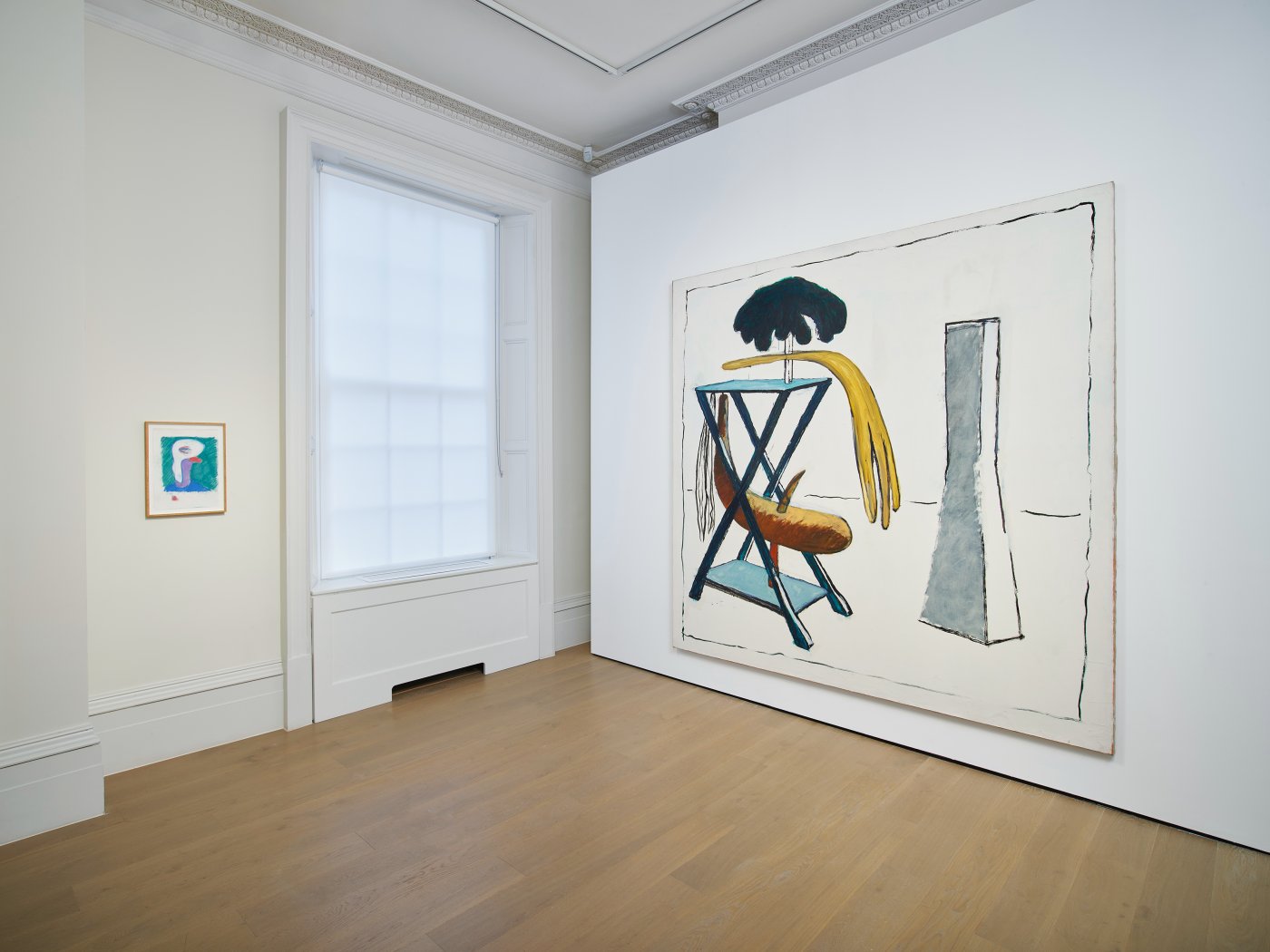 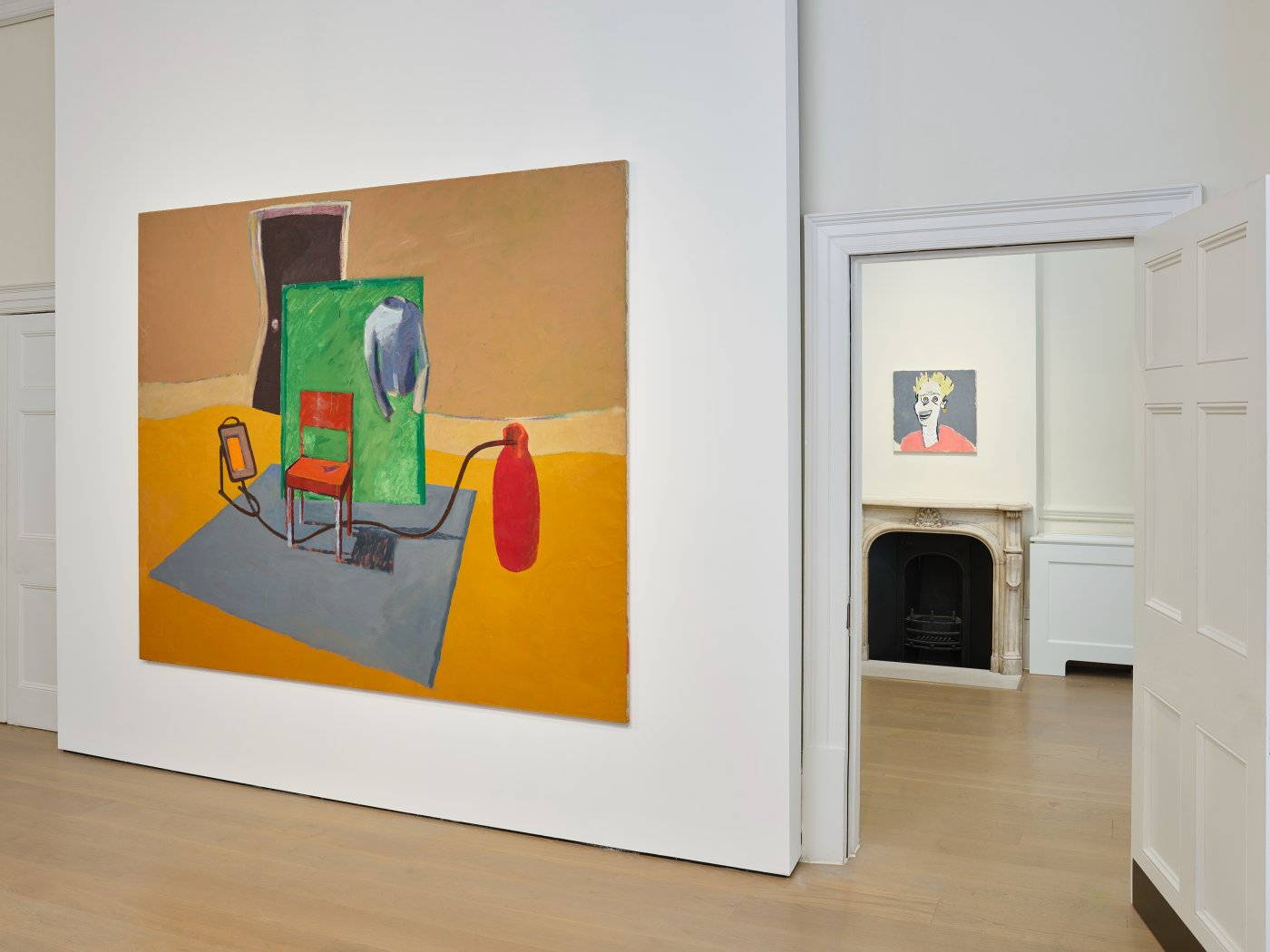 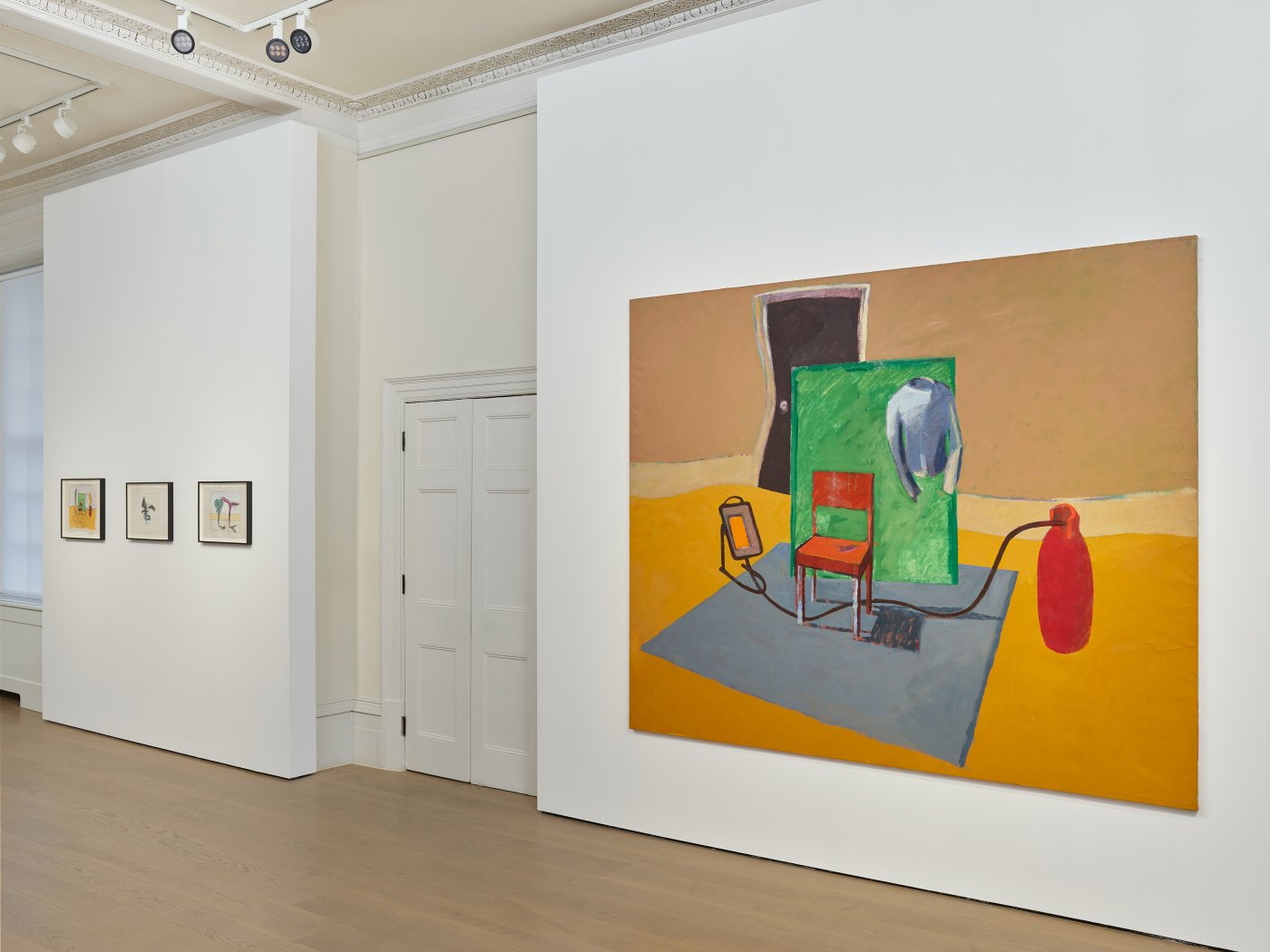 In the early 1970s Willing experienced his first vision following a return to England from Portugal, where he had lived with his children and wife, the artist Paula Rego. Shifting from figuration to a mysterious blend of the metaphysical and the geomtric, Willing began to paint furiously in response to hallucinatory reveries that appeared on the wall of his windowless Stepney studio. Ideas of memory, loneliness and nostalgia recur in rich golden-hued shades as distorted organic shapes and domestic symbols. Influenced by Jungian dream psychoanalysis, these fragmented images hint at the elusive workings of a solitary subconscious.

Though exhibited in notable museum solo exhibitions such as the Whitechapel Gallery during his life, Willing suffered from multiple sclerosis and died tragically at the age of sixty, leaving a small but profound legacy of works behind. His dense brushstrokes became configured by illness as time went on, while references to a man in flames suggest a desire for phoenix-like transformation. Yet the paintings express a joy in life, favouring fresh, bright shades of royal blue and cadmium orange, swamp green with an economy of line that encourages the viewer to fill in the gaps.

‘Expressing ideas decades ahead of his time, Willing’s emergence as an artist of profound psychological insight echoes his artistic peer Philip Guston’s radical turn from abstraction to surreal landscapes of the inner self,’ says gallery founder Timothy Taylor. ‘Were he alive today, I am certain that the intensity of his flame would have burned just as brightly.’

Victor Willing was born in Alexandria, Egypt to English parents. After a peripatetic childhood in the South of England, Willing settled in London. He studied at the Slade School of Fine Art in London (1949-1953), developing lasting friendships with painters including Michael Andrews, Euan Uglow and Craigie Atchinson. Influenced by the artist Francis Bacon, a friend and mentor, Willing began painting figurative nudes with an emphasis on existentialism, developing the fluid lines and densely pigmented brushwork he would use throughout his life.

Following his inclusion in notable group exhibitions at the Institute of Contemporary Art in London that established him as a key figure in the British figurative painting movement, Willing had a breakout show at Hanover Gallery in 1955, leading to his paintings being added to the permanent collection of the Arts Council of Great Britain. In the early 1950s, Willing began an affair with fellow Slade student Paula Rego, divorcing his first wife to marry Rego and follow her to Portugal after the birth of their first child. The family spent twenty years in Portugal, later returning to London in the early 1970s to seek treatment for Willing’s illness of multiple sclerosis. This sparked a new period of artmaking for Willing, who would sit for hours staring at the wall in his London studio as visions appeared which he then recorded in drawings and paintings until his untimely death in 1988.