Richard Saltoun presents Victor Burgin’s Voyage to Italy, the first time this significant work has been exhibited in the UK in its entirety. 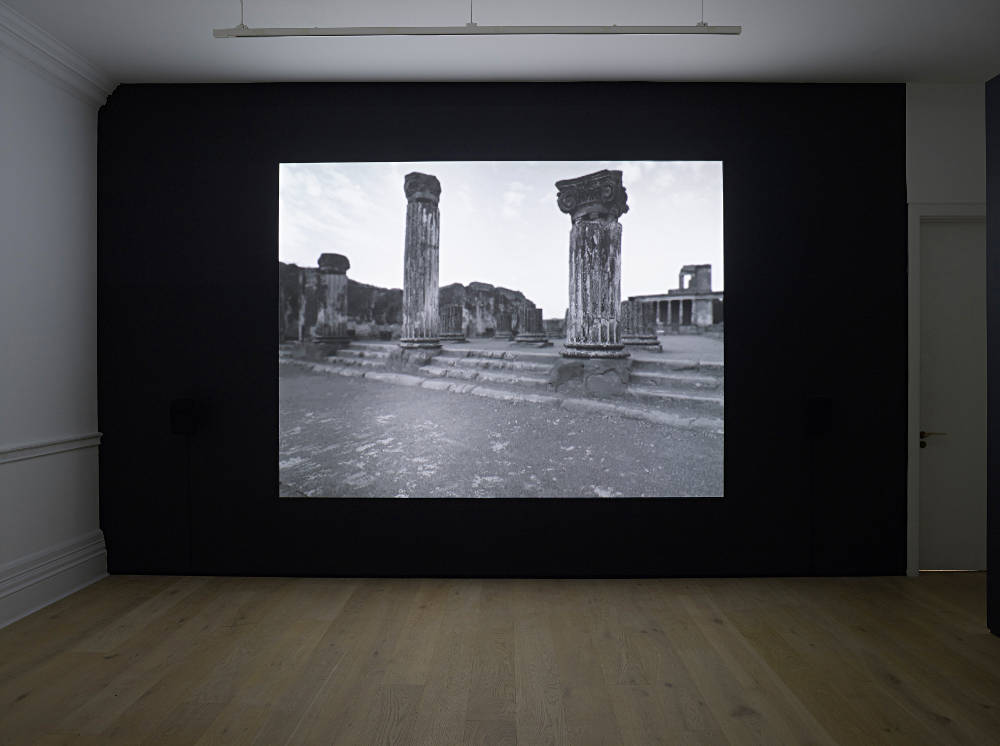 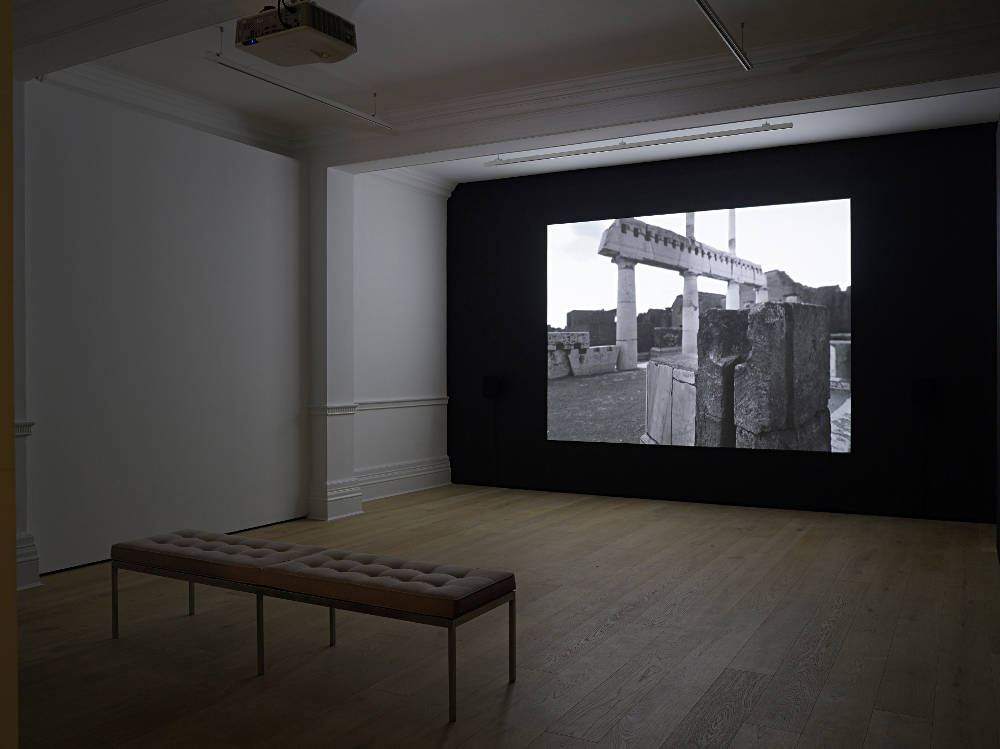 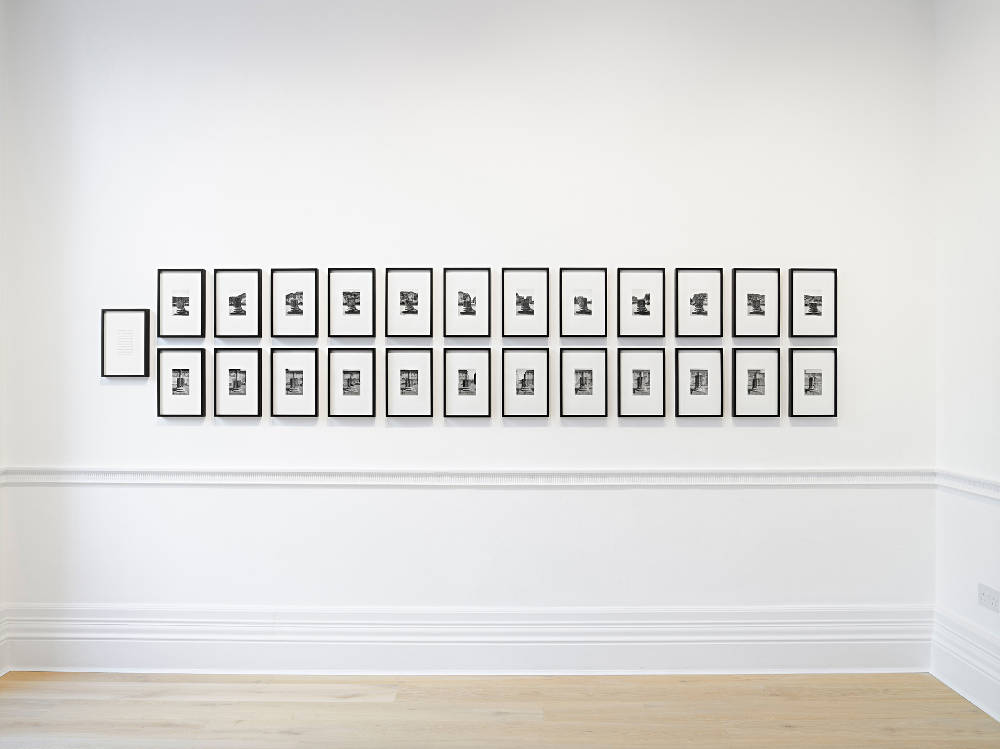 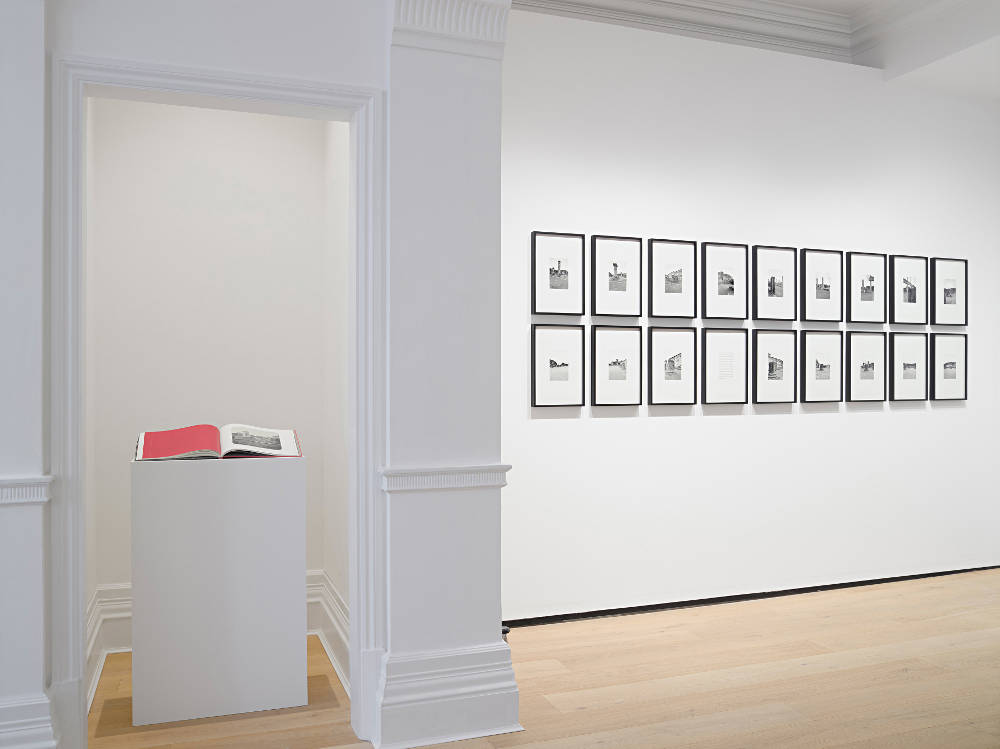 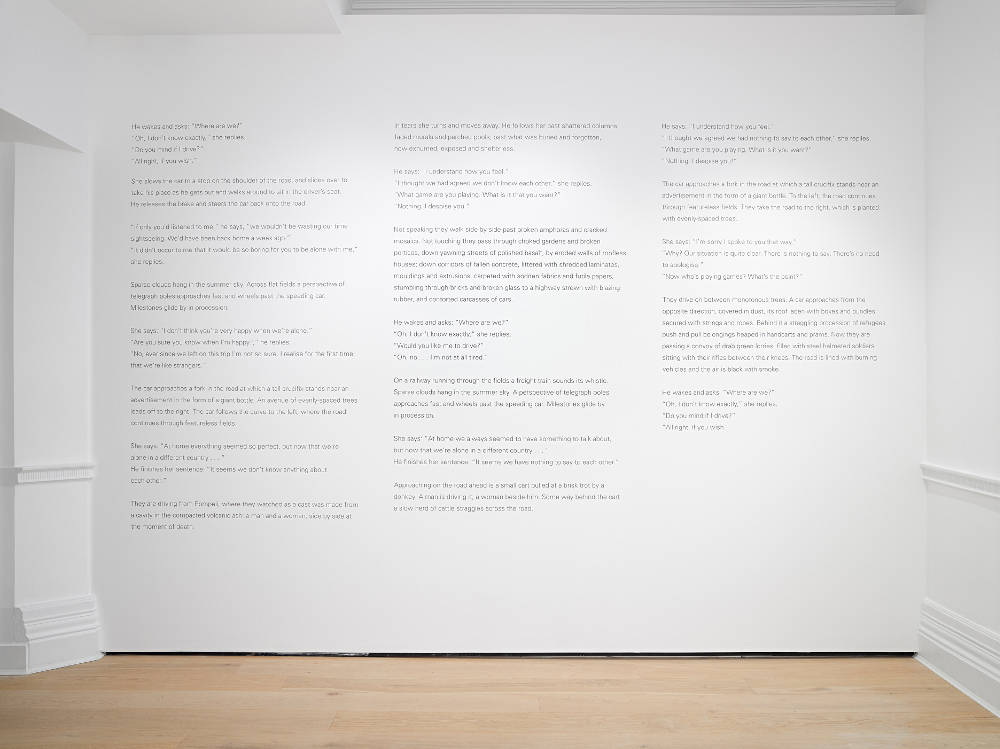 In 2006 Burgin was commissioned to make a work in response to a photograph from the archives of the Canadian Centre for Architecture, Montreal (CCA). He chose Basilica, a photograph made in 1864 by the Neapolitan photographer Carlo Fratacci. The image shows an anonymous woman standing amongst the ruins of the Basilica in Pompeii. Burgin supposes she was included in the frame to offer a sense of scale to the surrounding architecture; nevertheless, he writes:

“I am haunted by another explanation: the woman is a ‘mid-day ghost’, she is not named because she is not seen.”

Reflecting on this image, Burgin travelled to Pompeii and made two 360-degree photographic panoramas of the Basilica: one from the position of the woman in Fratacci’s picture, the other from the point-of-view of the photographer. He also photographed each of the columns that delineate the rectangular space in which the woman stands. From these he produced the suite of three works that comprise Voyage to Italy: a single screen video piece, with voice-over, and two photo-text works. Whilst in Pompeii, Burgin writes:

I found that the absent couple formed by Fratacci and his model became associated with another couple photographed at Pompeii – the warring protagonists in Roberto Rossellini’s film of 1953 Journey to Italy. While the textual components of the photographic works are suggested by Fratacci’s photograph, the soundtrack of the video is based on my descriptions of the first and last sequences of Rossellini’s film, but in a looping narrative that drifts from the verbal conflict of the film into scenes of physical violence and devastation.

Victor BURGIN (b. 1941, Sheffield, UK) lives and works in Paris and Gascony. One of the most influential artists and writers working today, Burgin first came to prominence in the late 1960s as a founding figure of Conceptual Art. Initially working in photography, he turned to digital video in the early 1990s and since 2010 has worked exclusively with virtual cameras in CGI space. In parallel with his artworks, Burgin has produced a series of ground-breaking theoretical essays that draw on semiotics, psychoanalysis and feminism in order to think through the role of camera images in the formation of memory, history, subjectivity and space. In 1986 he was nominated for the Turner Prize, and his works are in the collections of The Tate Gallery, MoMA, The Walker Art Center, the Centre Georges Pompidou and other major museums worldwide. His most recent book, The Camera: Essence and Apparatus, was published by MACK earlier this year. Burgin is Professor Emeritus of History of Consciousness, University of California, Santa Cruz; Emeritus Millard Professor of Fine Art, Goldsmiths College, University of London; and Professor of Visual Culture, Winchester School of Art, University of Southampton.

Courtesy of the artist and Richard Saltoun, London