Almine Rech Shanghai is pleased to present Pups!, Vaughn Spann’s third solo exhibition with the gallery, and his first in China. 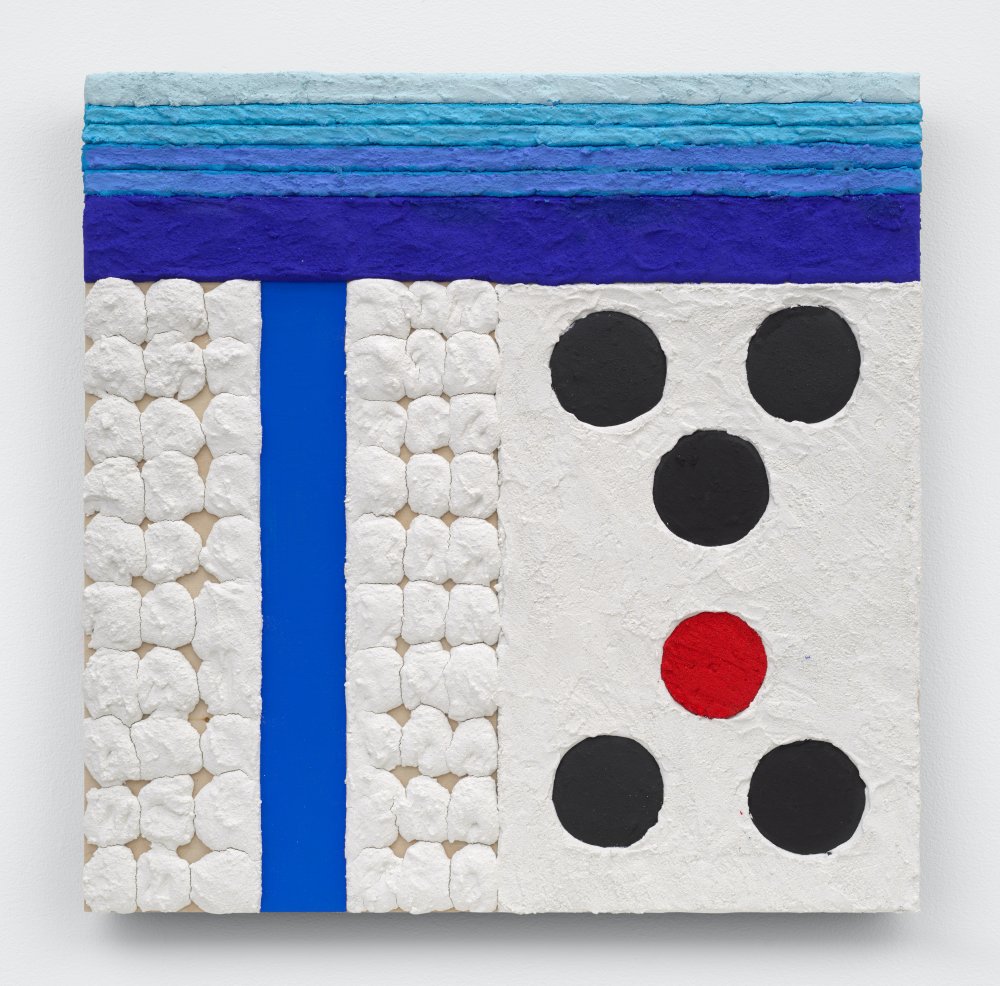 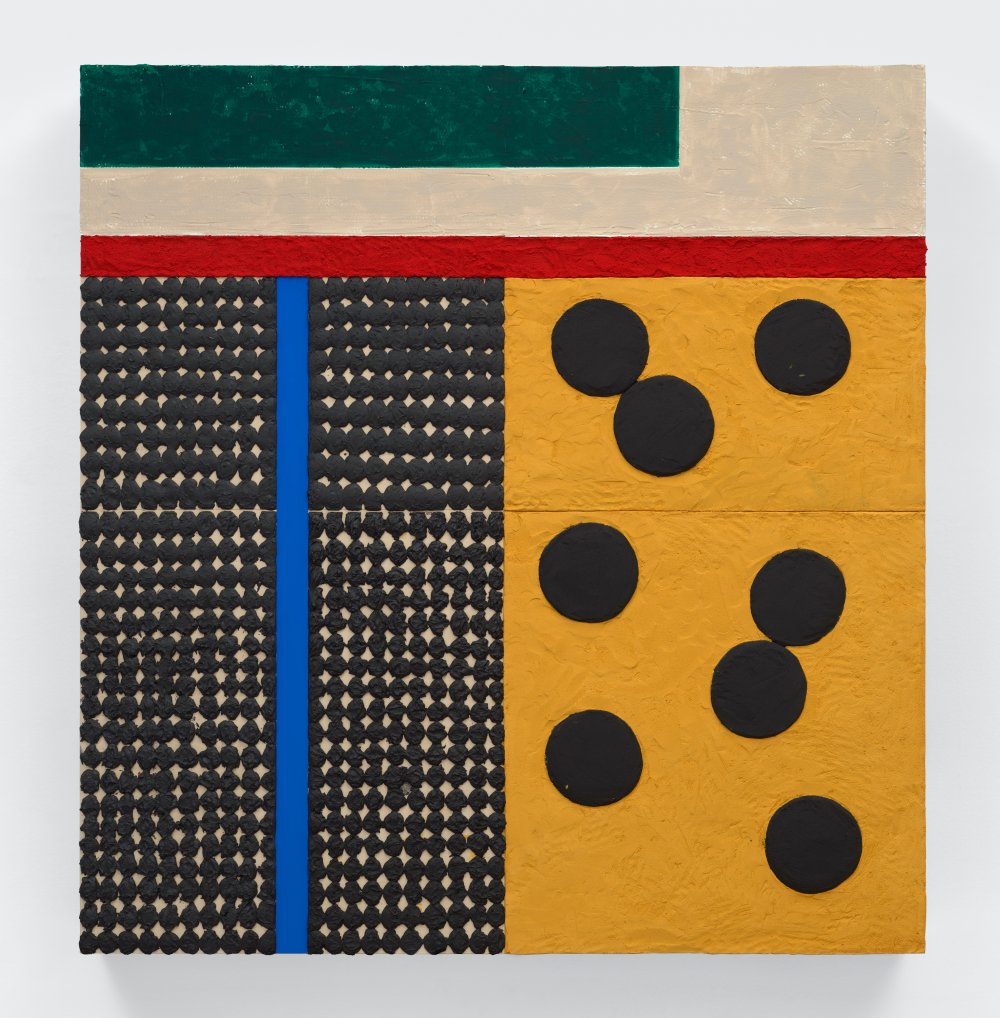 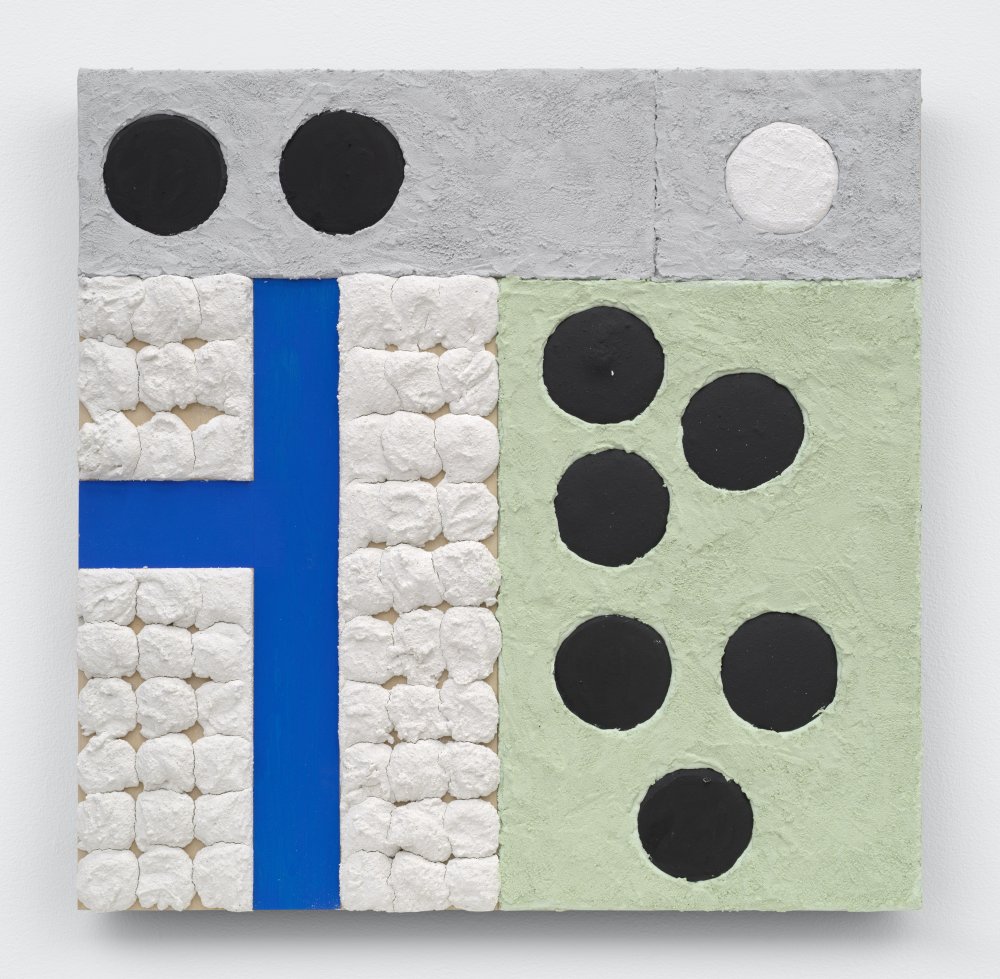 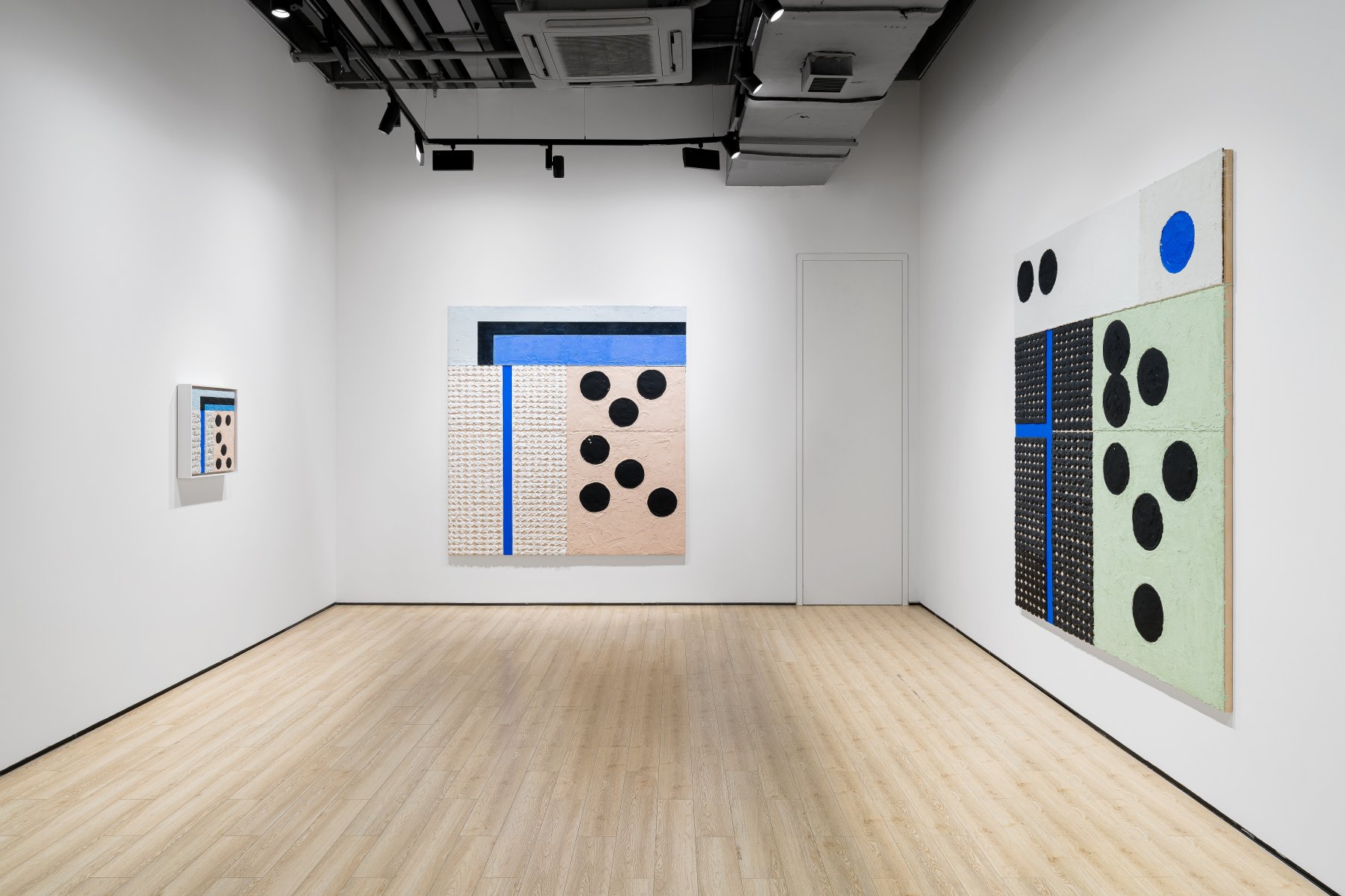 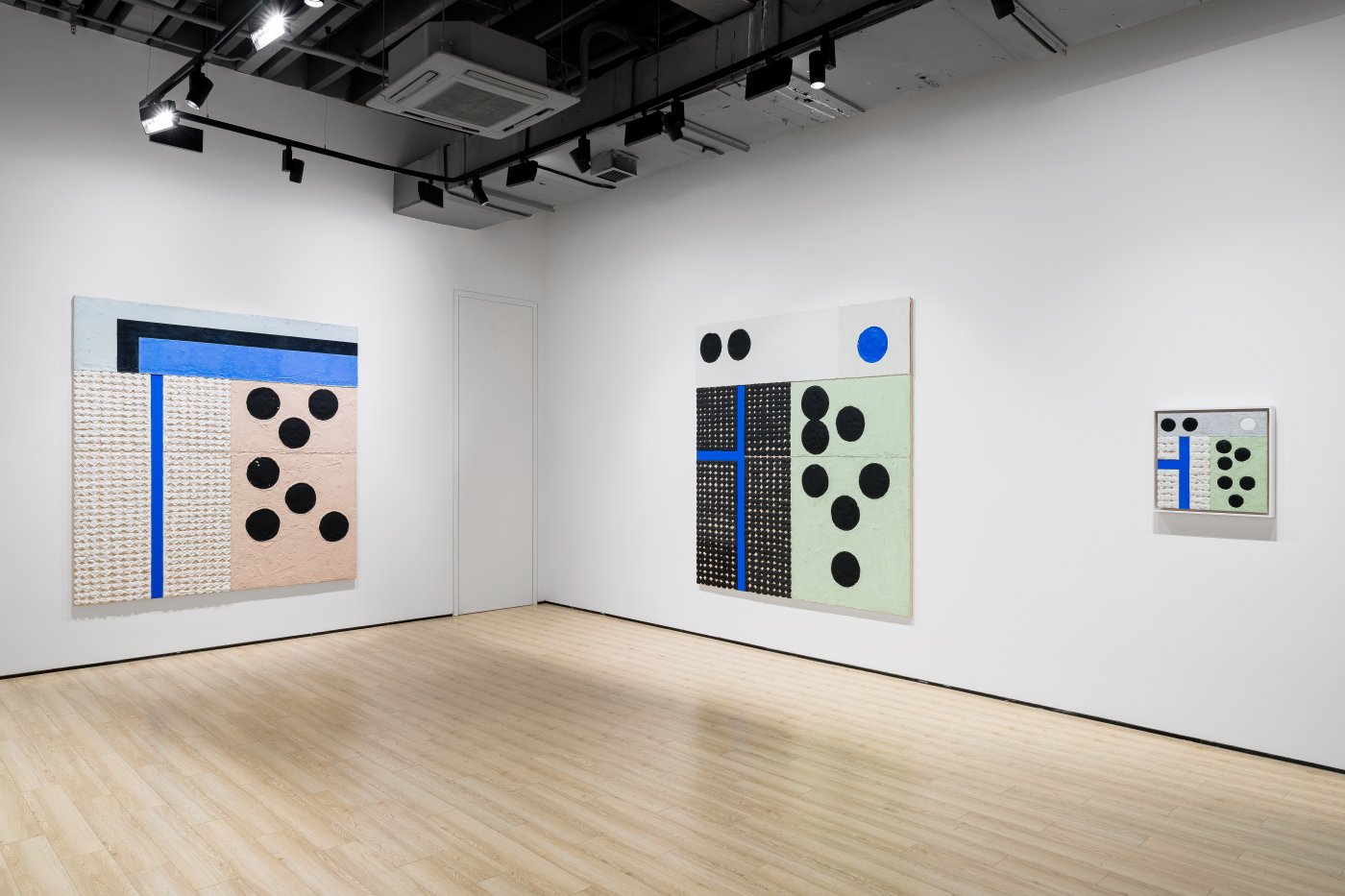 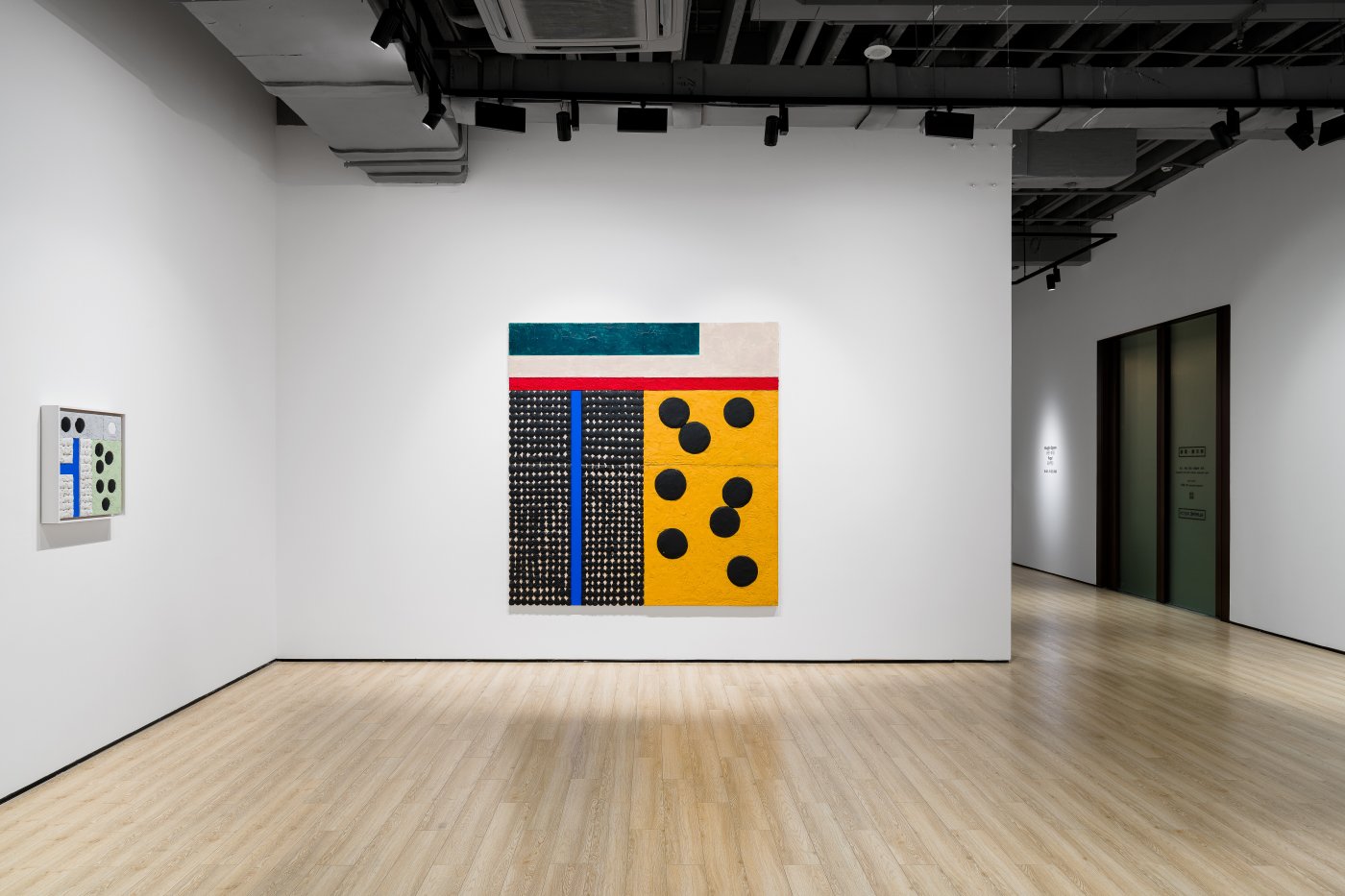 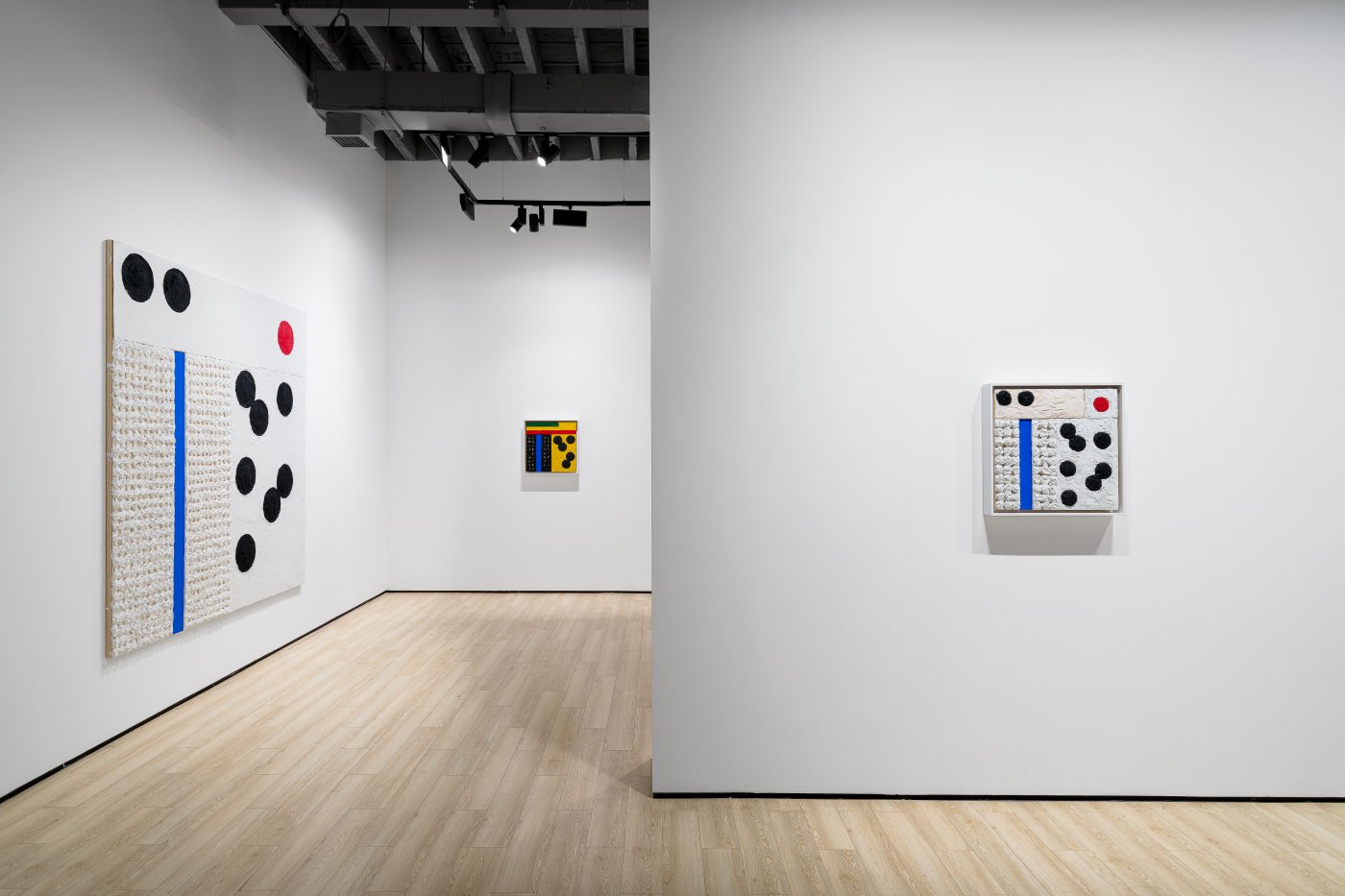 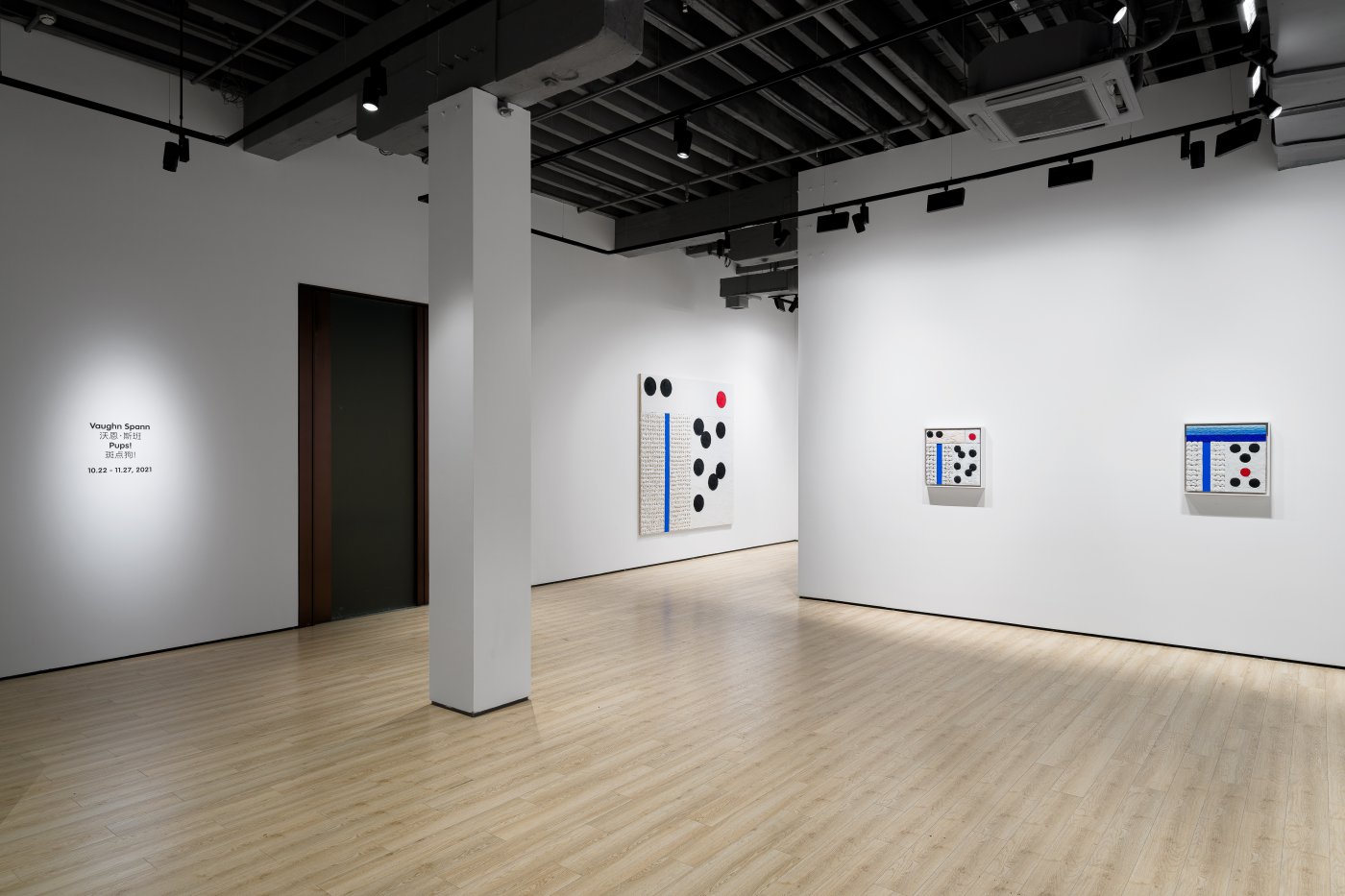 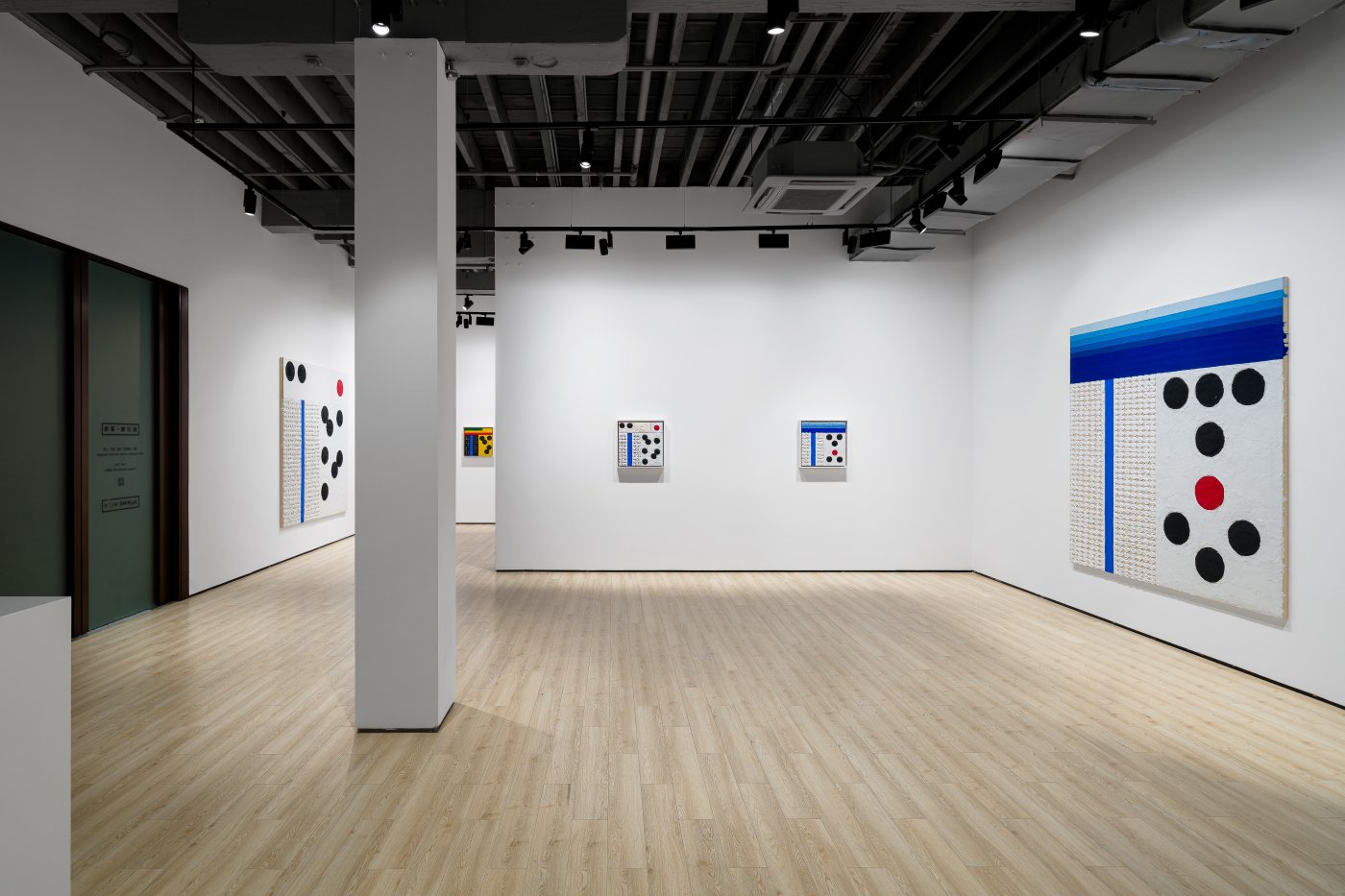 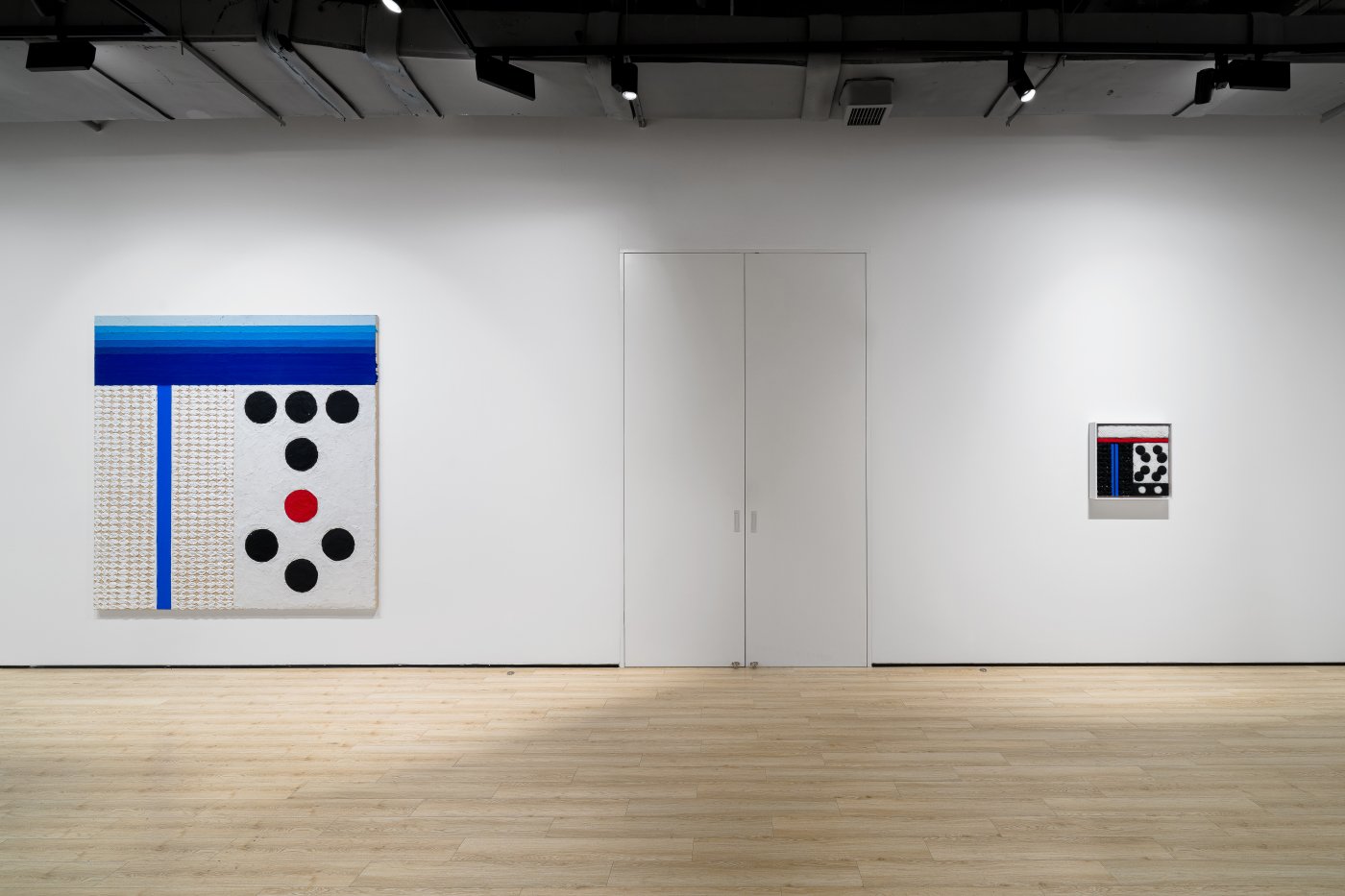 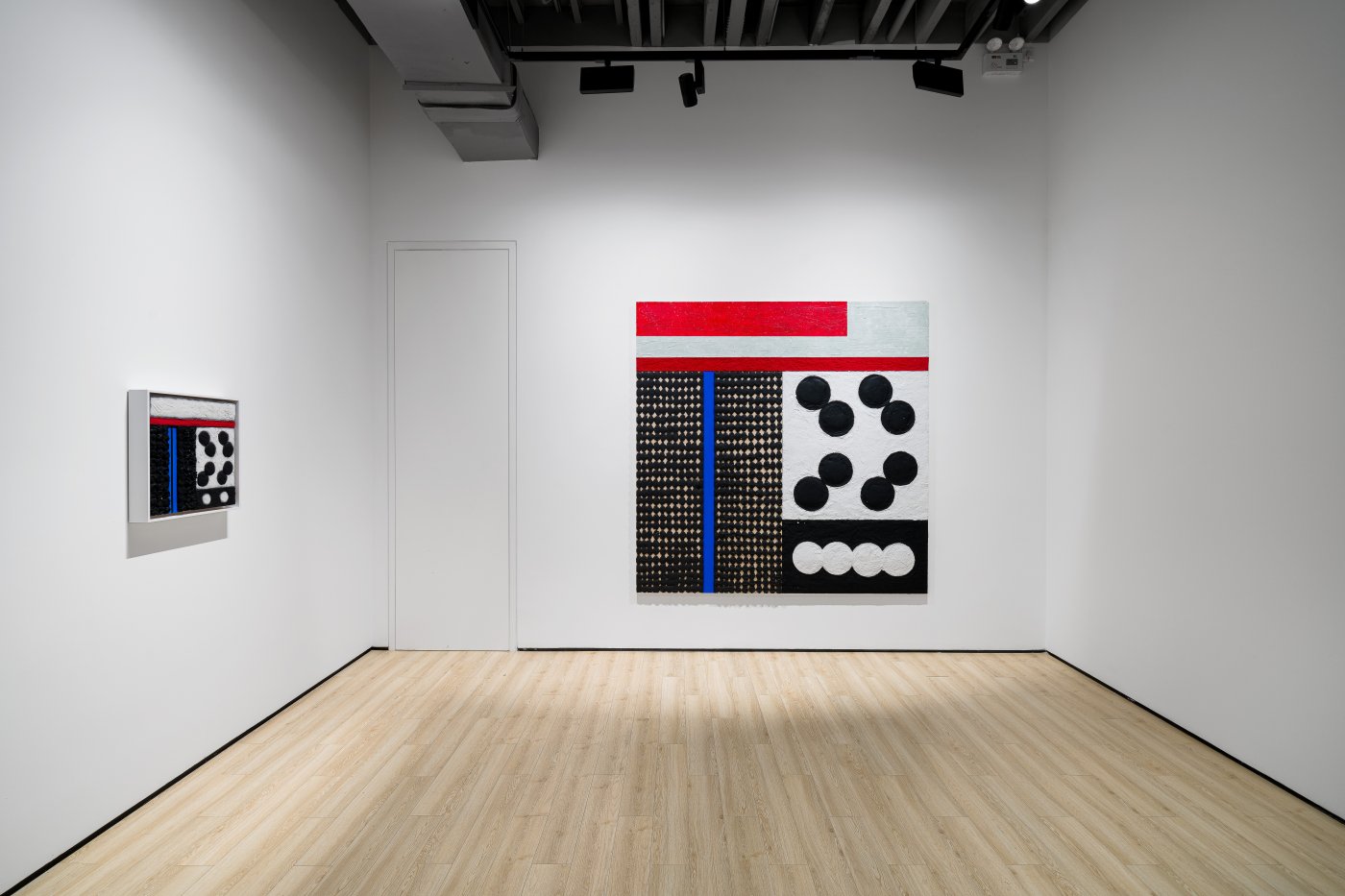 “Spots! Inspirational,” purs Cruella de Vil when she first sees a Dalmatian coat. Its vivid pattern is a mesmerizing abstraction for her, something to be cut and draped and hemmed. Not the skin of a dignified animal but a modish fur. Vaughn Spann’s Dalmatian paintings, in contrast, lend an animate agency to geometric abstractions and, in the process, enervate color-field painting with life. In lieu of fashion’s flatness, Spann gives us depth of personality. Instead of following traditional hierarchies, he wags art history’s tail.

These paintings are not of dogs, strictly speaking, any more than Spann is a painter of strictly abstract tendencies. “I’m an abstractionist at heart,” he says, though his past works range from the highly figurative – such as Parisian Girls (2019), depicting a pair of chicly dressed conjoined twins embracing their matching dalmatians – to pop symbolism in the vein of Jasper Johns, as in his Untitled (Flag) (2019) and Marked Man series (2020). That admission suggests a certain dedication to the painterly mark and an engagement with surface on a fine granular level. “The individual mark is important,” Spann tells me, affirming that he thinks about each part as seriously as the whole. To that end, for Dalmatians, he has mixed sand and modeling paste in his paint, which he applies with a palette knife in certain sections to create reliefs. These spots require a lot of patience and dexterity. Their viscous medium recalls the early experiments of Cubism, while Spann cites as inspiration Agnes Martin and Stanley Whitney – artists who, like him, understood the slow power of the grid.

With their Cartesian layout, De Stijl palette and twill texture, Spann’s Dalmatians could also be a collaboration between Piet Mondrian and Coco Chanel. Their pet names are another tease of anthropomorphism. Each 80 x 80 “pup” painting has a smaller piece Spann calls its “companion.” On a surface level, such labels are a pithy joke about how dog owners come to resemble their canine friends, encouraging a comic intimacy to develop over time and space between the paintings. But there’s something off about their size: how many dogs are bigger than their owners? Spann lost his own dog, Chip, last year, and his death surely still looms large. At the same time, these duos scramble the art-historical hierarchies of medium and scale that so often determine the hagiography of creative practices. There is no “primary” artwork here, no subservient or master. Spann’s companion pieces call into question how a painter works from studies and back again, inverting artistic process as well as the historical “progression” from figuration to abstraction.

Spann likes to dig around in modernism’s sandbox. He admires Philip Guston and Joe Bradley for their irreverent approaches to style. Here, Spann has found a way to honor his idols while refusing to play any one game.

Dalmatians were first bred on the coast of Croatia as lithe carriage dogs, trained to follow horse-drawn rigs (a job they later took up on fire engines). After Disney made their coats the stuff of fantasy, Ulrike Ottinger released her cult film Freak Orlando (1981), with its speckled dwarf carrying a matching standard through the ruins of postwar Berlin. Spann’s paintings, lithe and precise, lead us on a similar march past the end of art history. These spots are inspirational indeed.