When you have an ass for a friend, expect nothing but kicks.
Indian Proverb

For this exhibition, Valentin Carron presents works from two different series: one involving two copper sculptures and the other, collages. 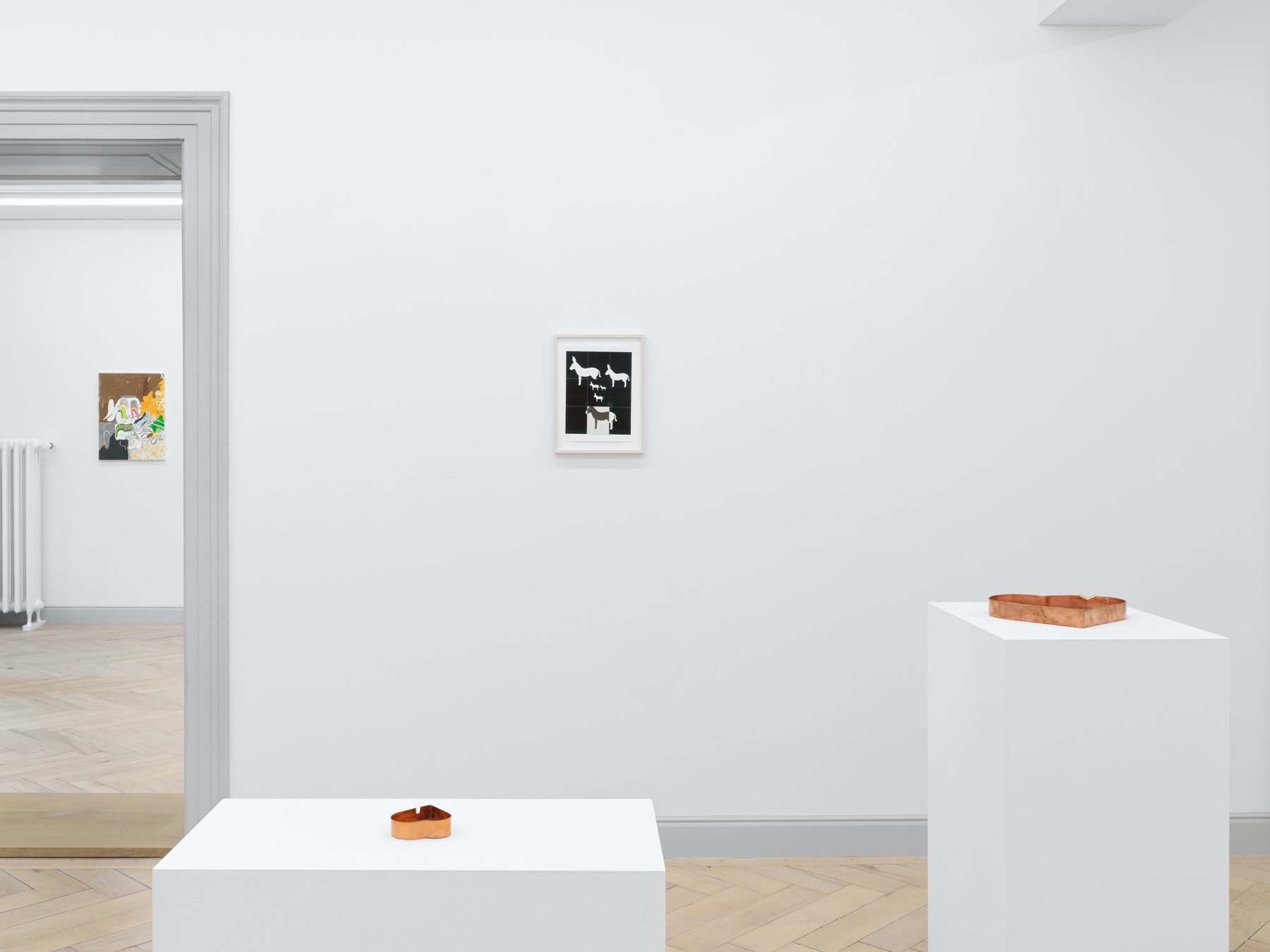 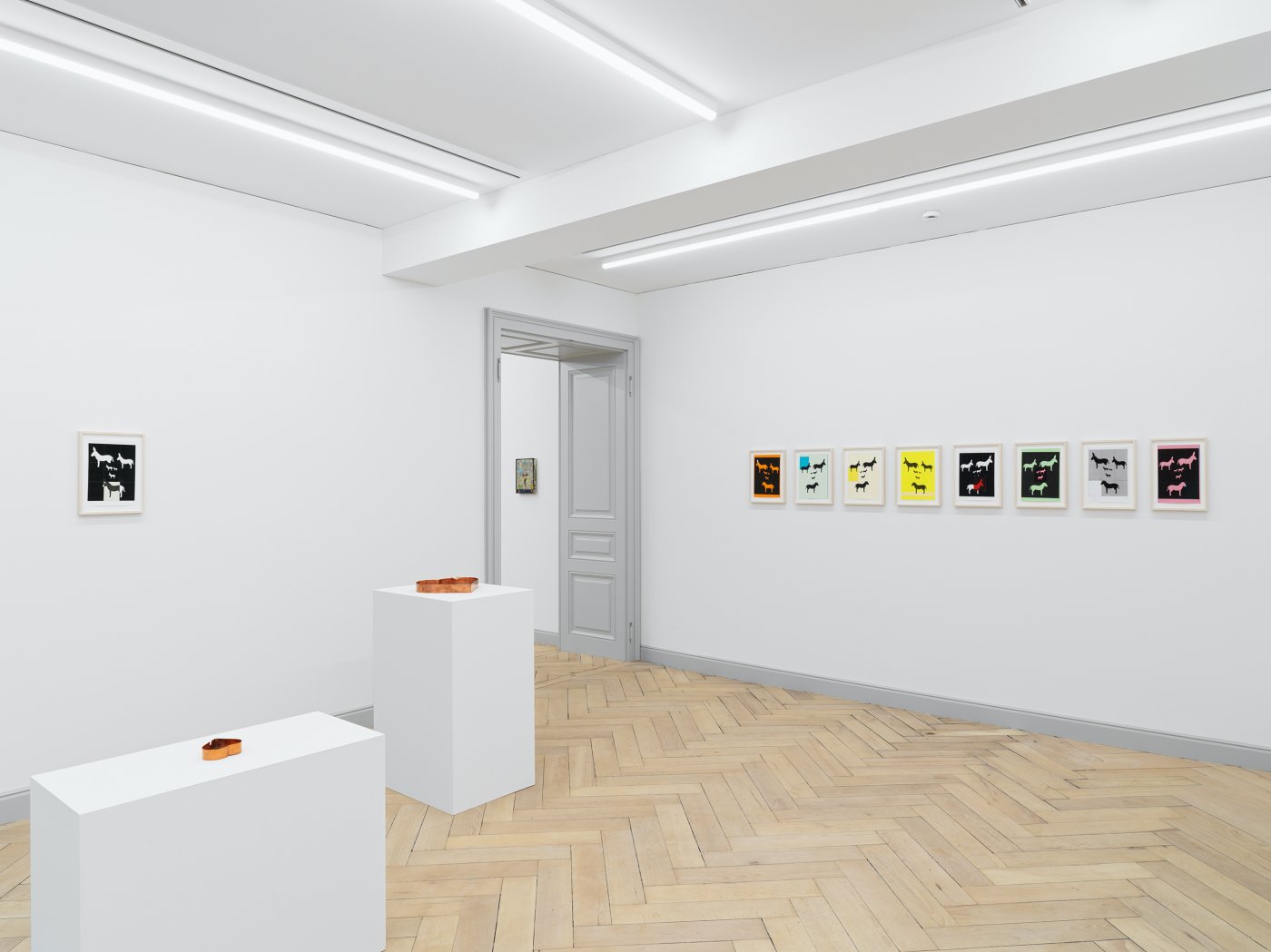 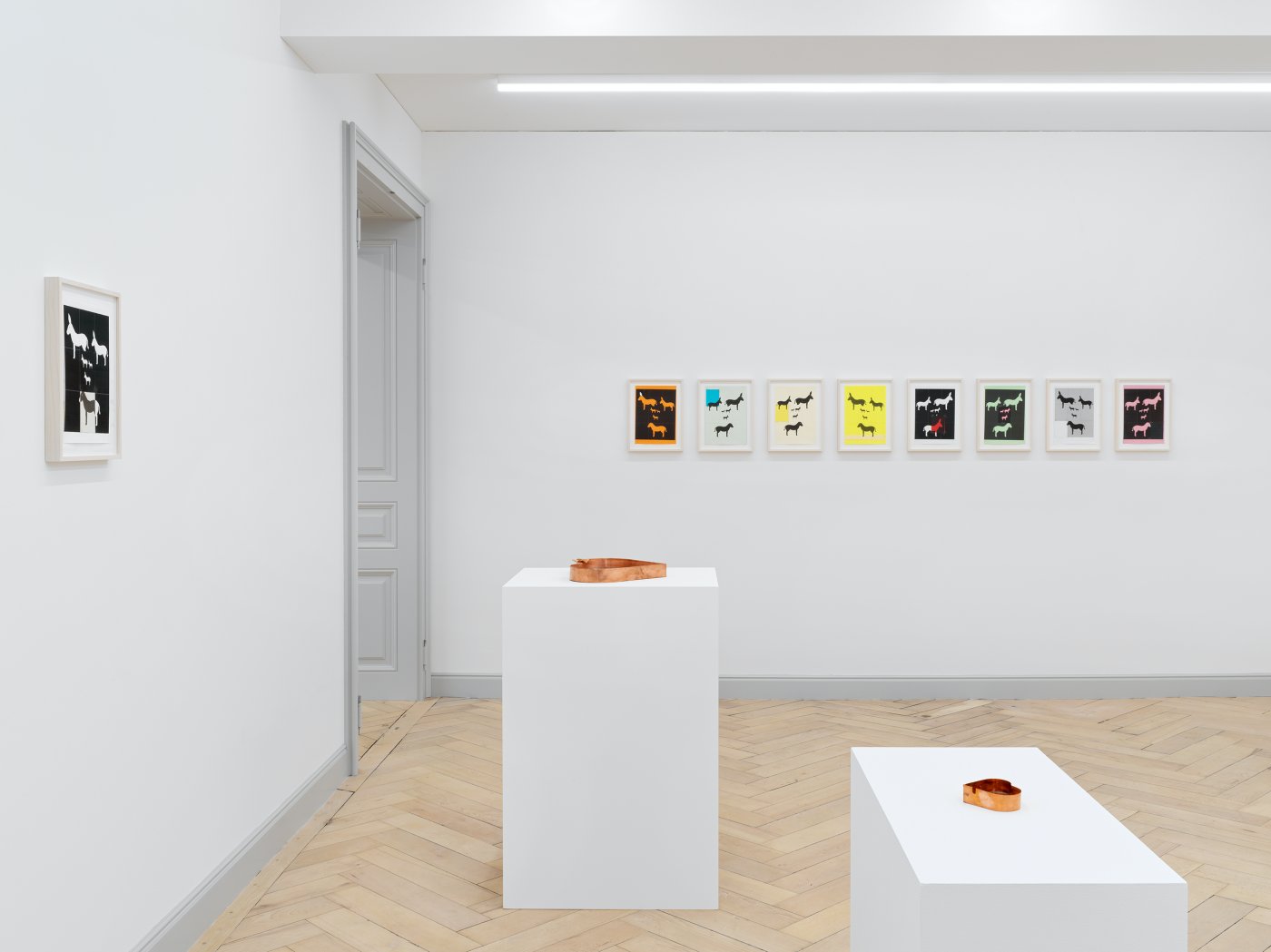 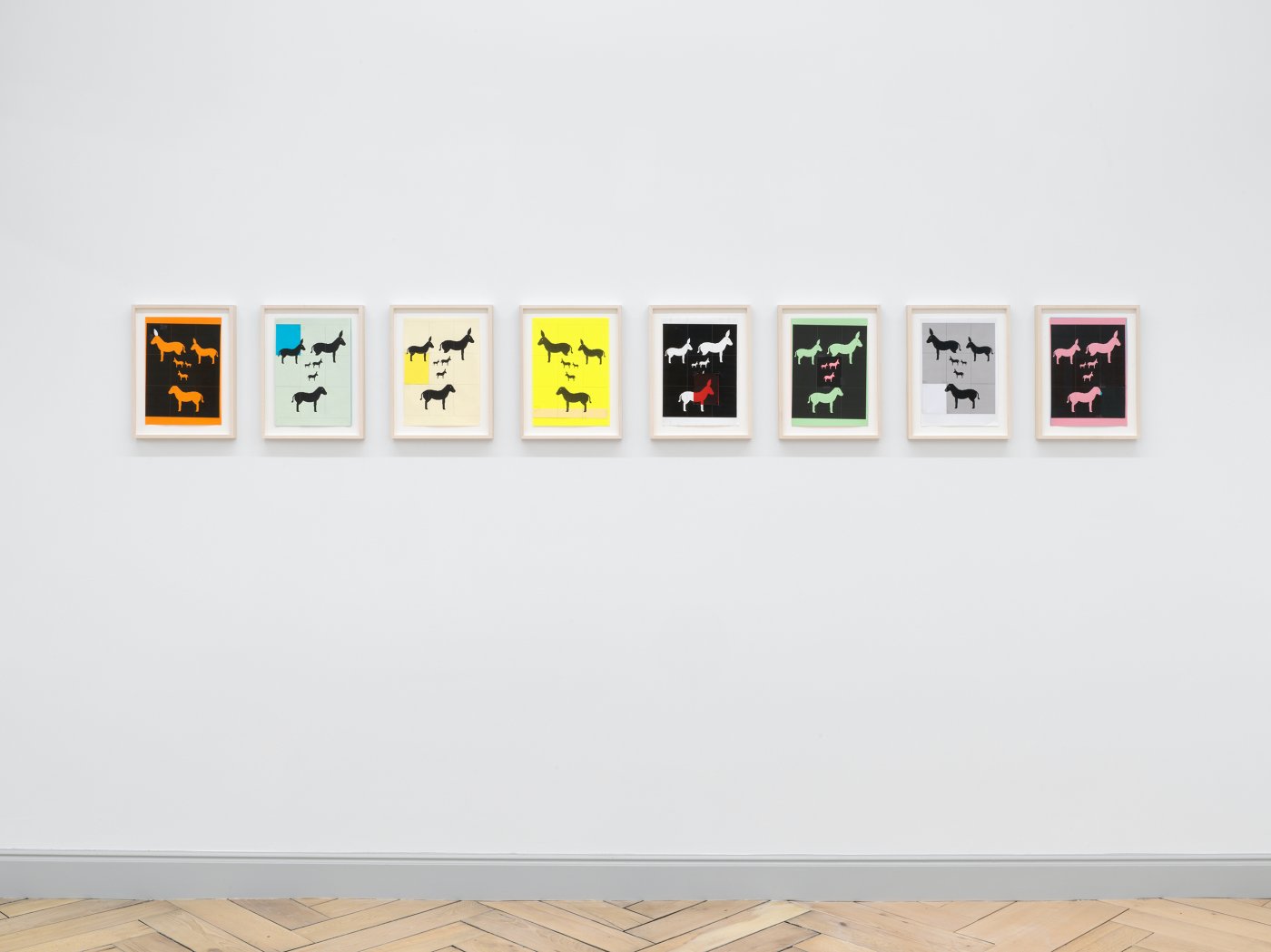 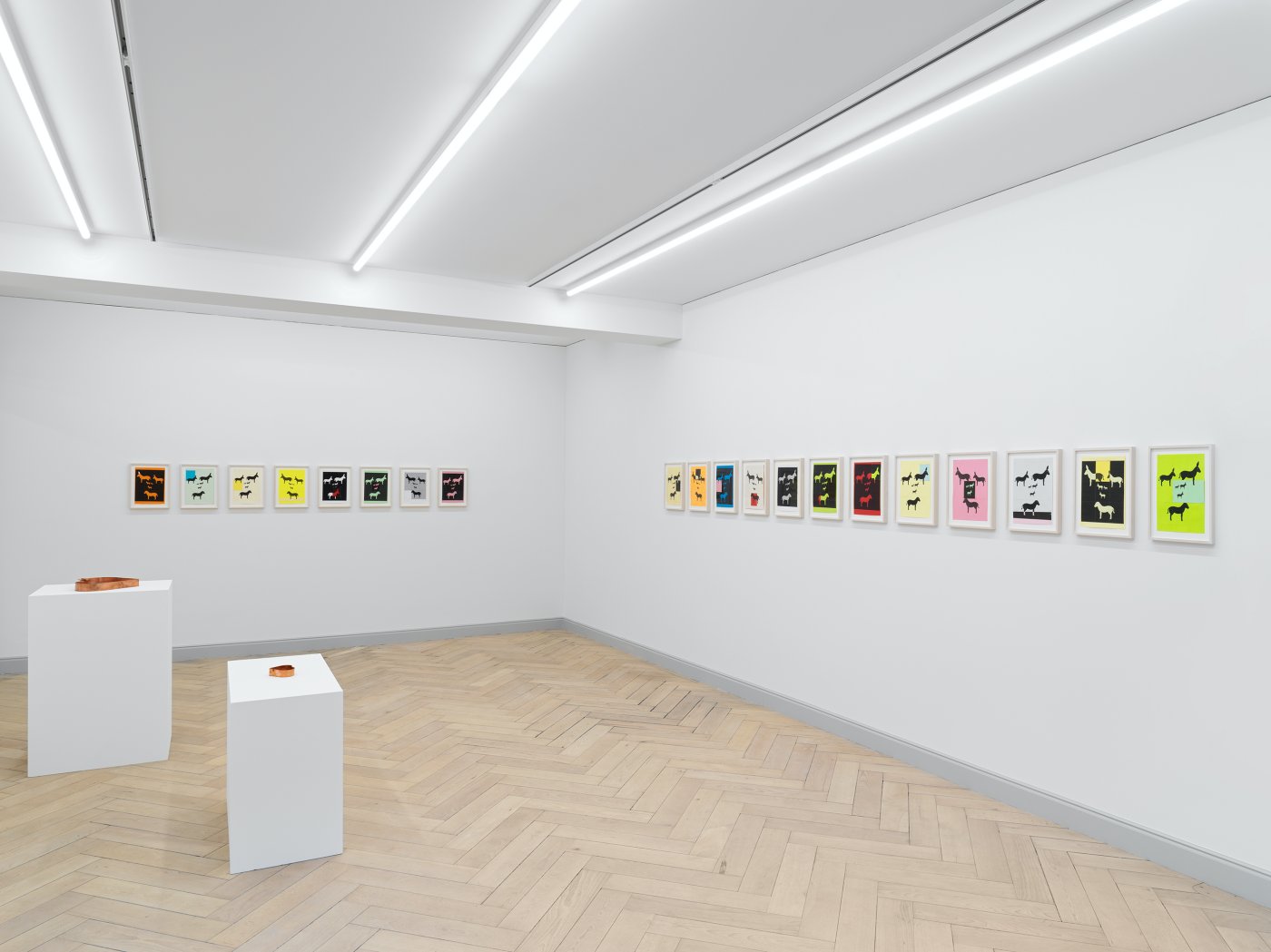 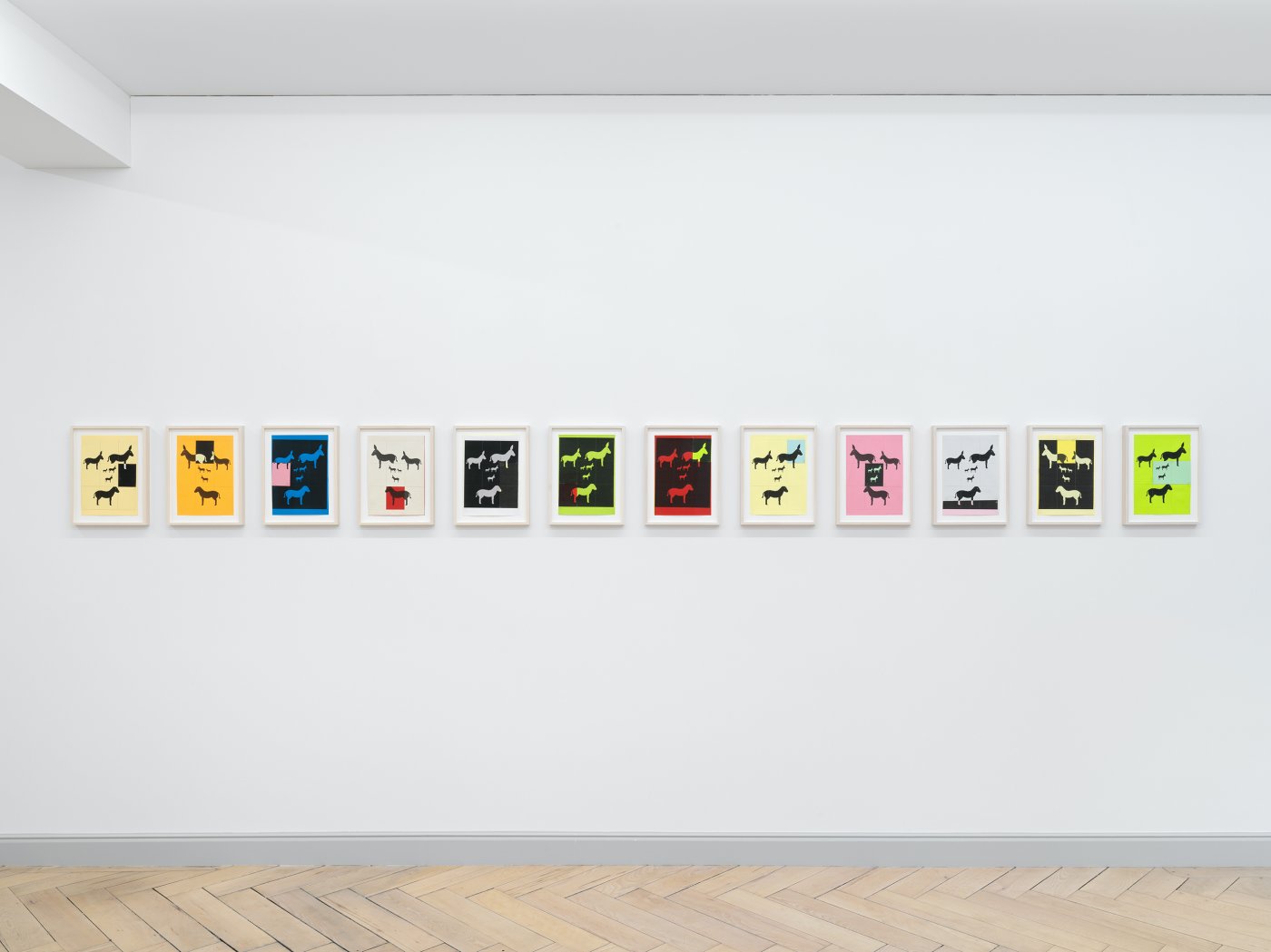 The objects are unique heart-shaped ashtrays. They are part of an open series of small objects, from which each item is slightly different. Commissioned from a metalworker, they are ashtrays designed to be used by one person. Their title, their usage, and their motif are all clues to potentially autobiographical aspects. Each Vecchio Cuore (Old Heart) shows the asymmetry of loneliness and disappointment in love. It derives freely from the shape of the large platform built by the artist at the same level for the terrace of the new Swiss Institute building in New York. Although the shape of the platform is invisible because of its size and purpose, Carron reduces the sculpture to a handcrafted object which can be held in our hands and which accompanies us in the most futile gestures of our daily lives. In this way, the artist allows us to perceive what makes the practice of art so intimate and vital for him.

“I really like the concept of a late movement. Perhaps these objects and collages could belong to a form of late pop art. Their forms and motifs are completely uncomplicated and strongly influenced by grunge.”

The collages are the originals of the panels for Carron’s Un Ami Simple exhibition at the Mauvoisin Dam in Valais, Switzerland, this summer. In their Alpine setting, the mule motif evoked the inevitable exploitation of animals that came with industrial development. The silhouettes of the animals, photocopied onto sheets of simple colored paper, cut out and stuck back together in a system of repetitive grids, were also copied on both sides and printed in a beautiful artist’s book produced for the occasion.

“The more I progress, the more I cling to my past obsessions.”

As part of the open-air exhibition, the mules were supported by the thing they had helped to construct: one of the highest dams in the Alps. The book, wonderfully entitled Un Ami Simple, tells the story of man’s very peculiar attachment to this cross-breed that can be endlessly exploited; as if a mirror revealed our pathetic ambition to master the animal world and, by extension, our own animal nature. Perhaps it would be too much of a let-down to see, in the sketched form of these mules, the dull fate of some of us: not noble but useful. But I know that, in his attachment to this motif, Carron is once again stating that it is only our emotions and how we channel them that gives flavor to life.

“I like this basic principle for communication that I read once: Keep it Simple, Stupid… But then I also add ‘sensitive’ to it… KISSS.”

Once again, with clear, simple processes, Carron uses the modest weapons of poetry to allow us to imagine with him that the world still belongs to us.