Valentin Carron: And So America Opened Up

Valentin Carron: And So America Opened Up


Eva Presenhuber presents And So America Opened Up, the gallery’s eighth solo exhibition by the Swiss artist Valentin Carron. 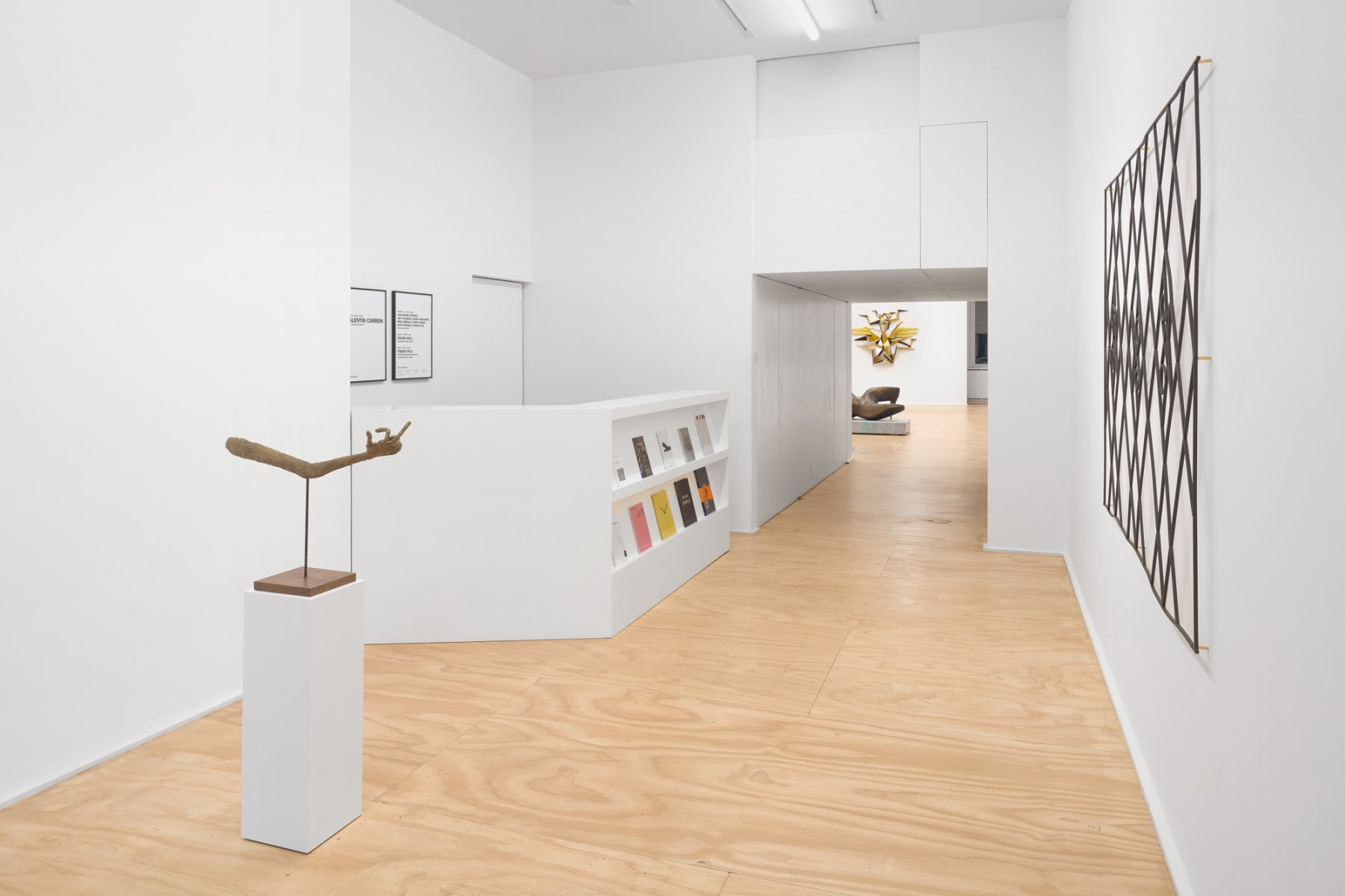 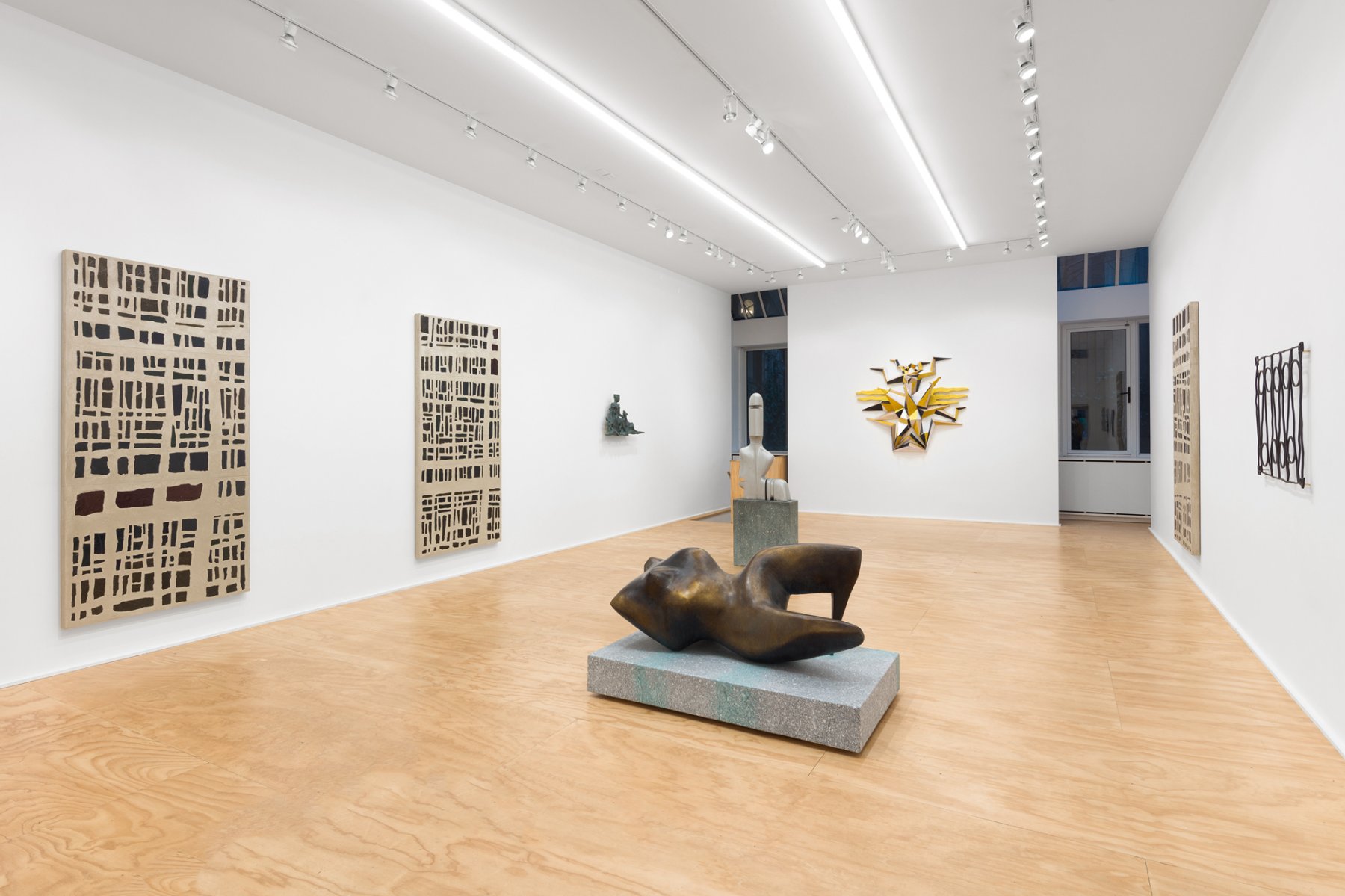 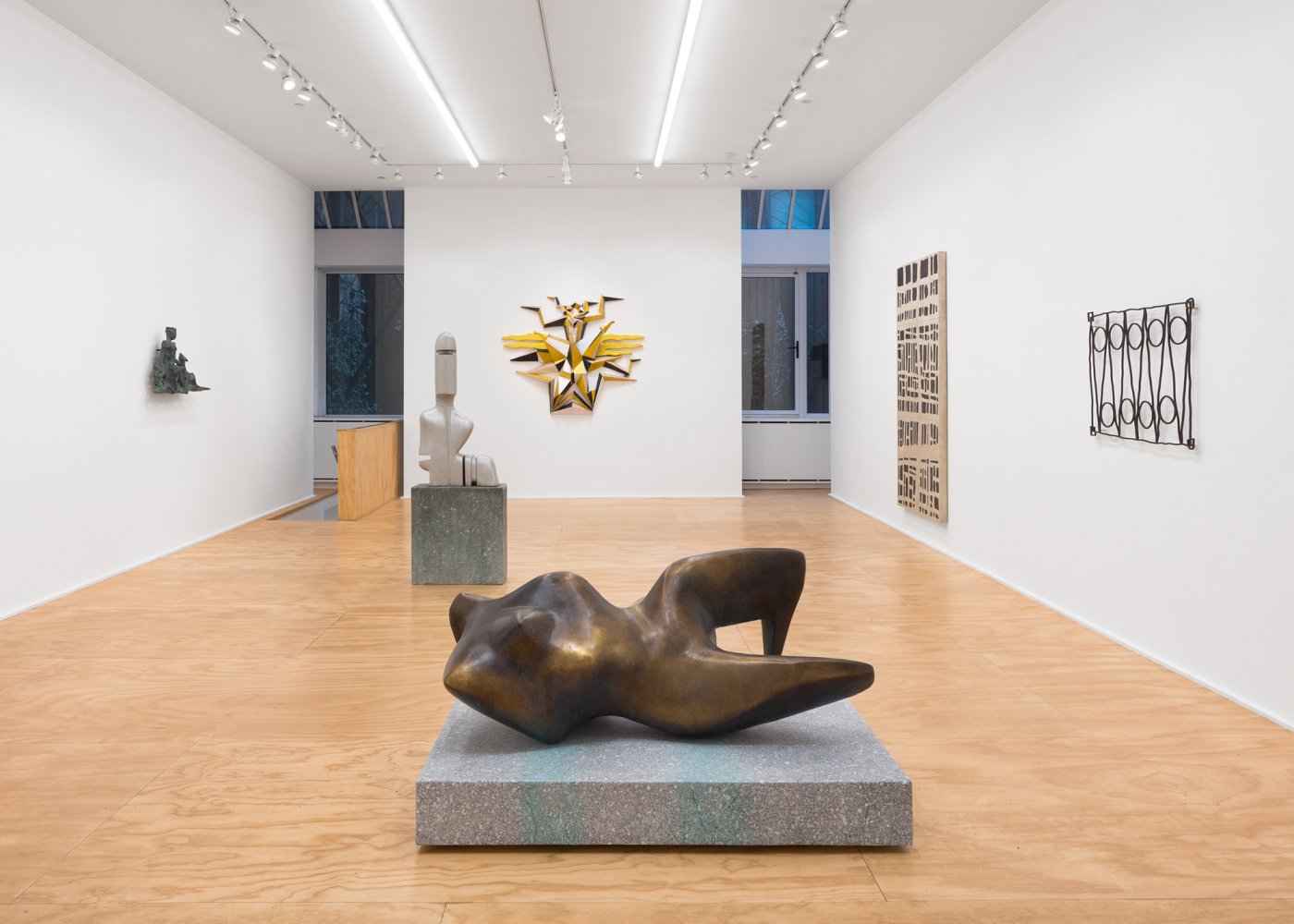 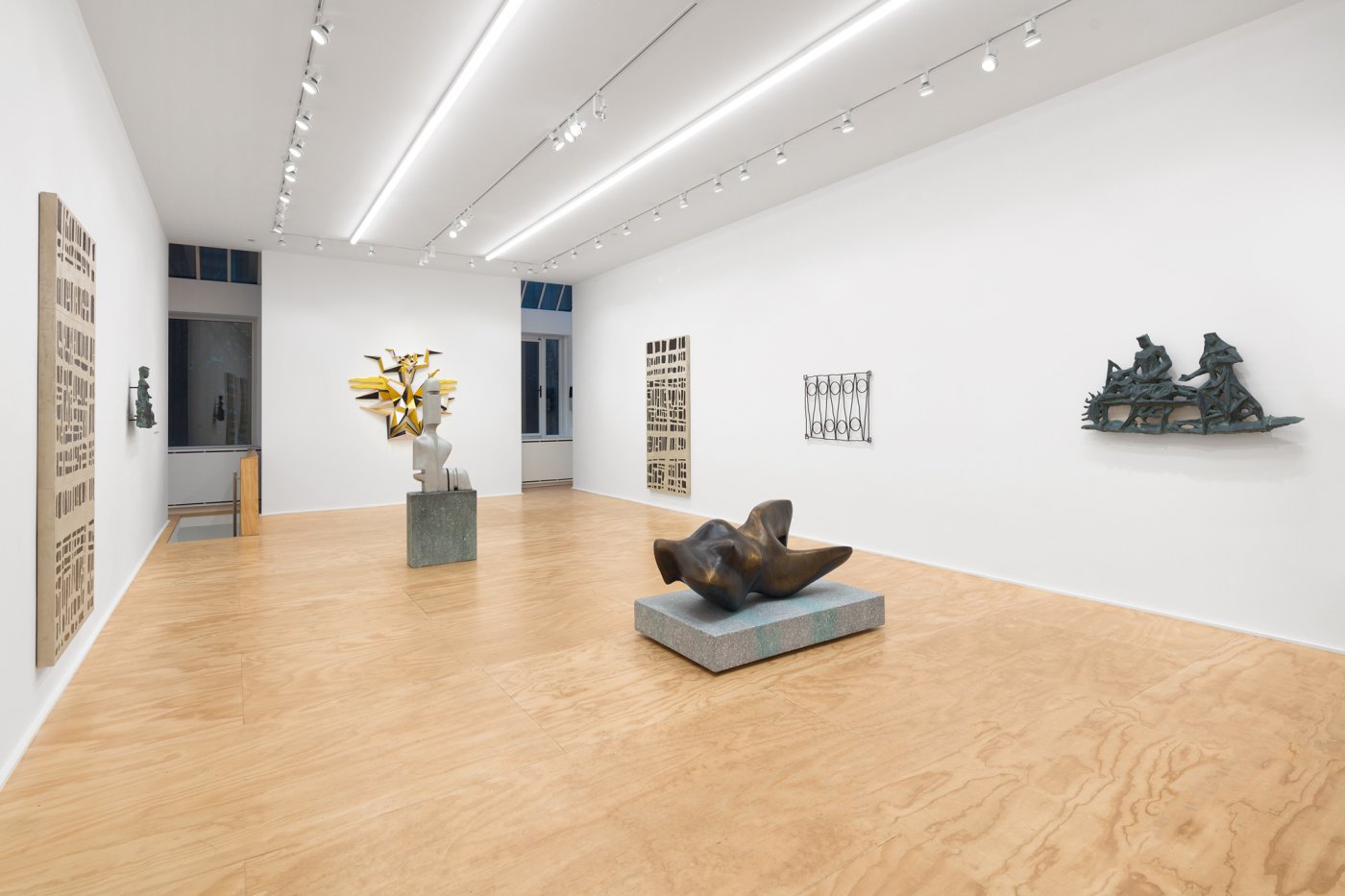 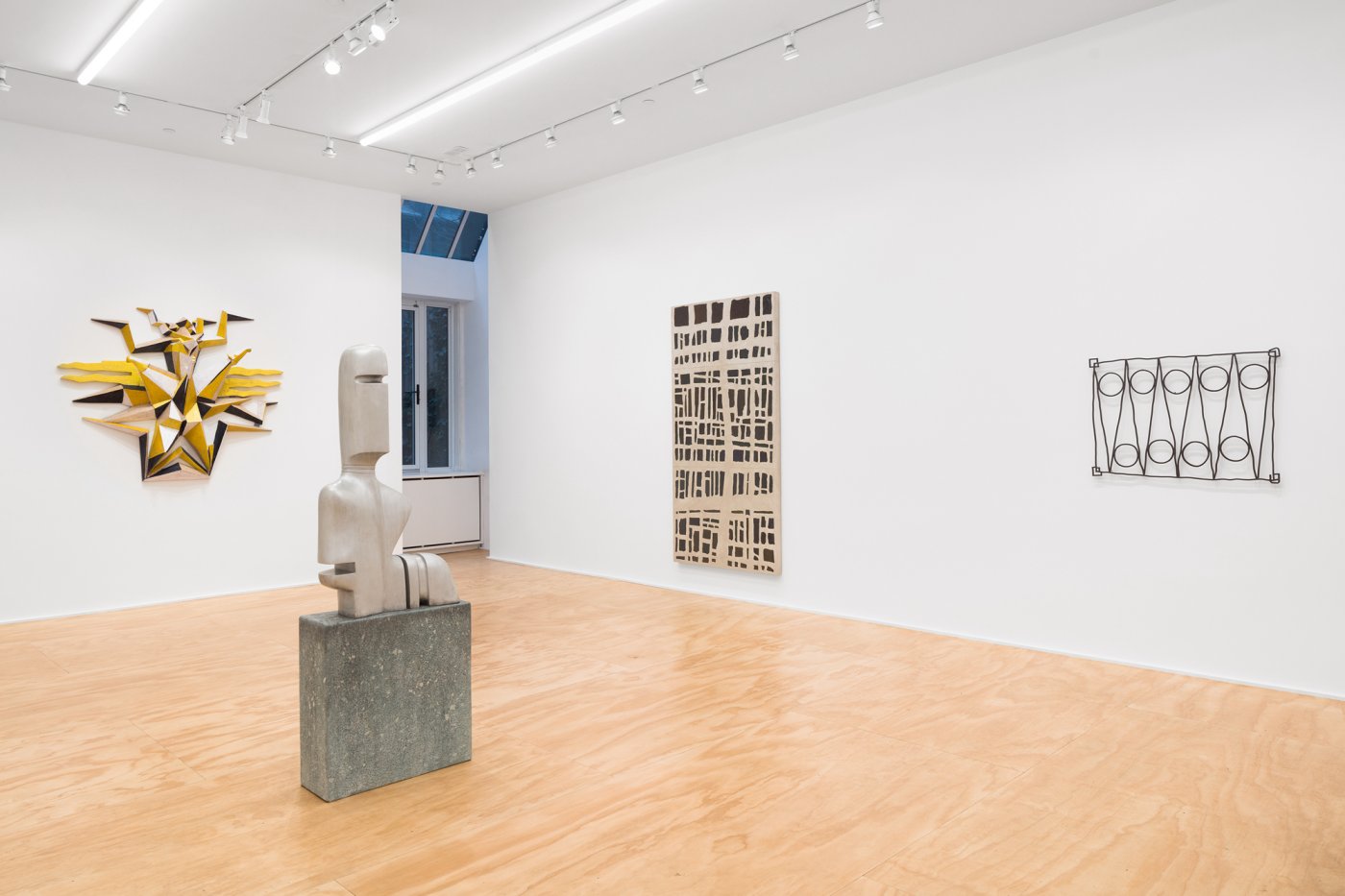 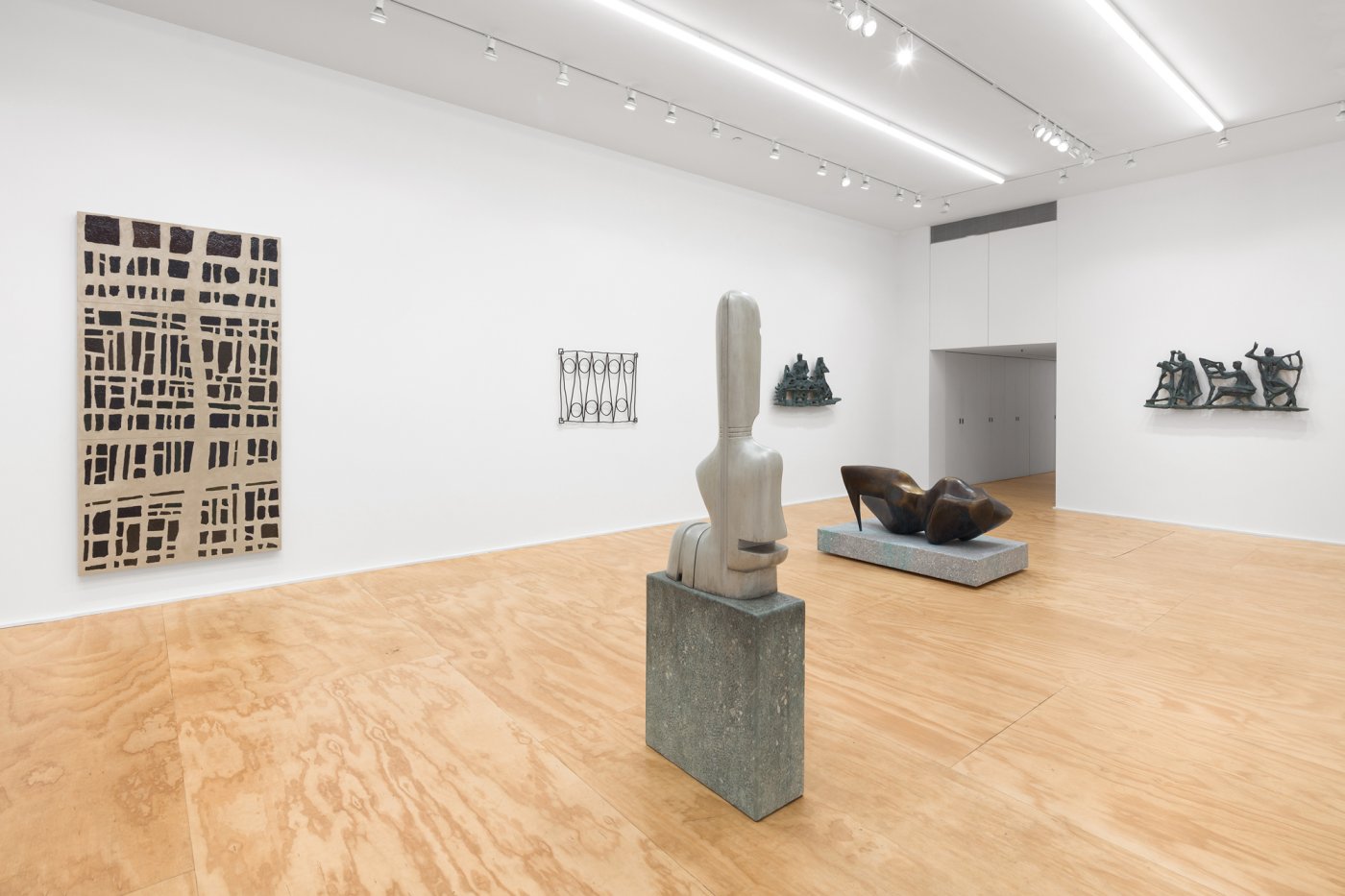 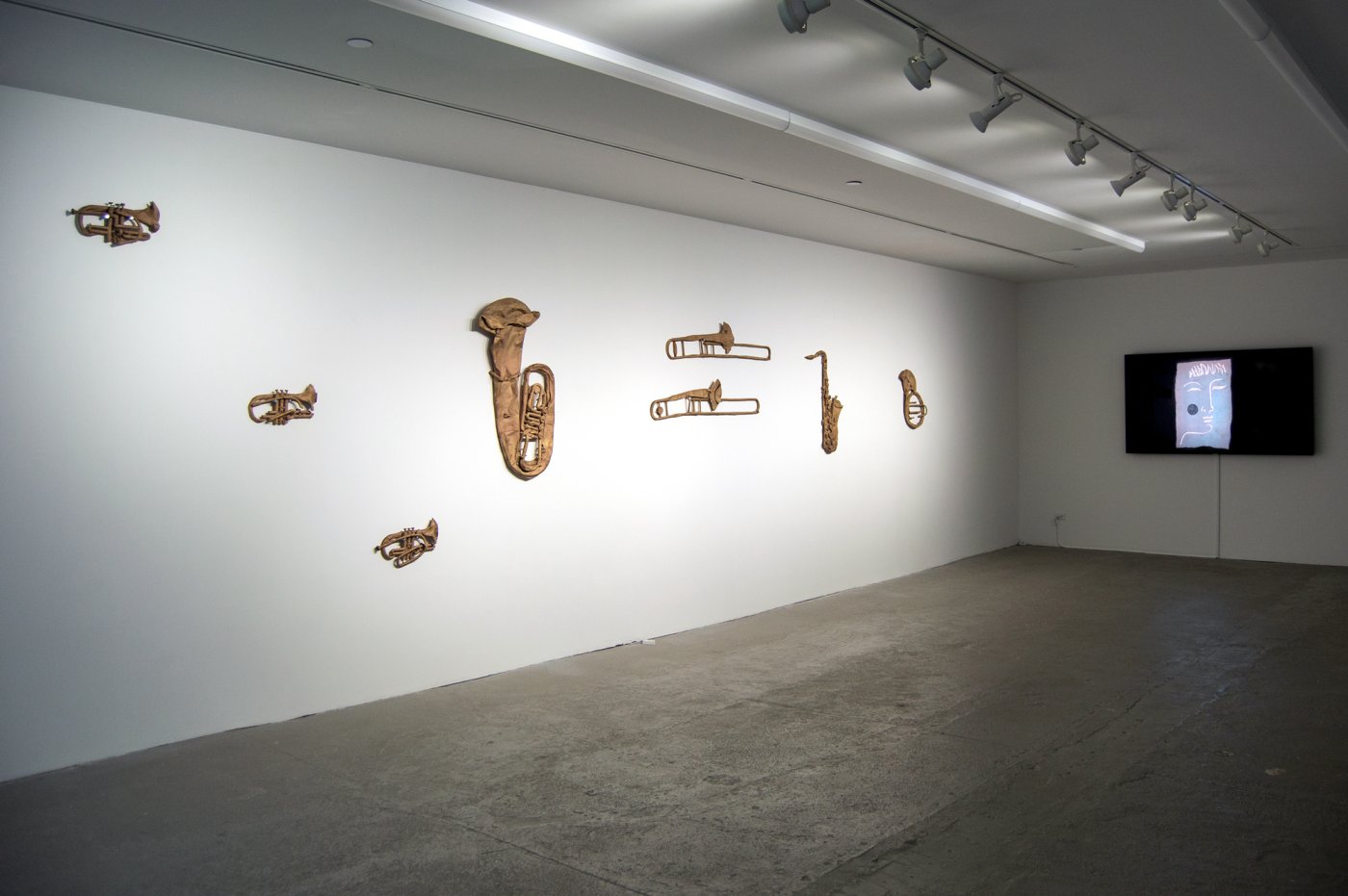 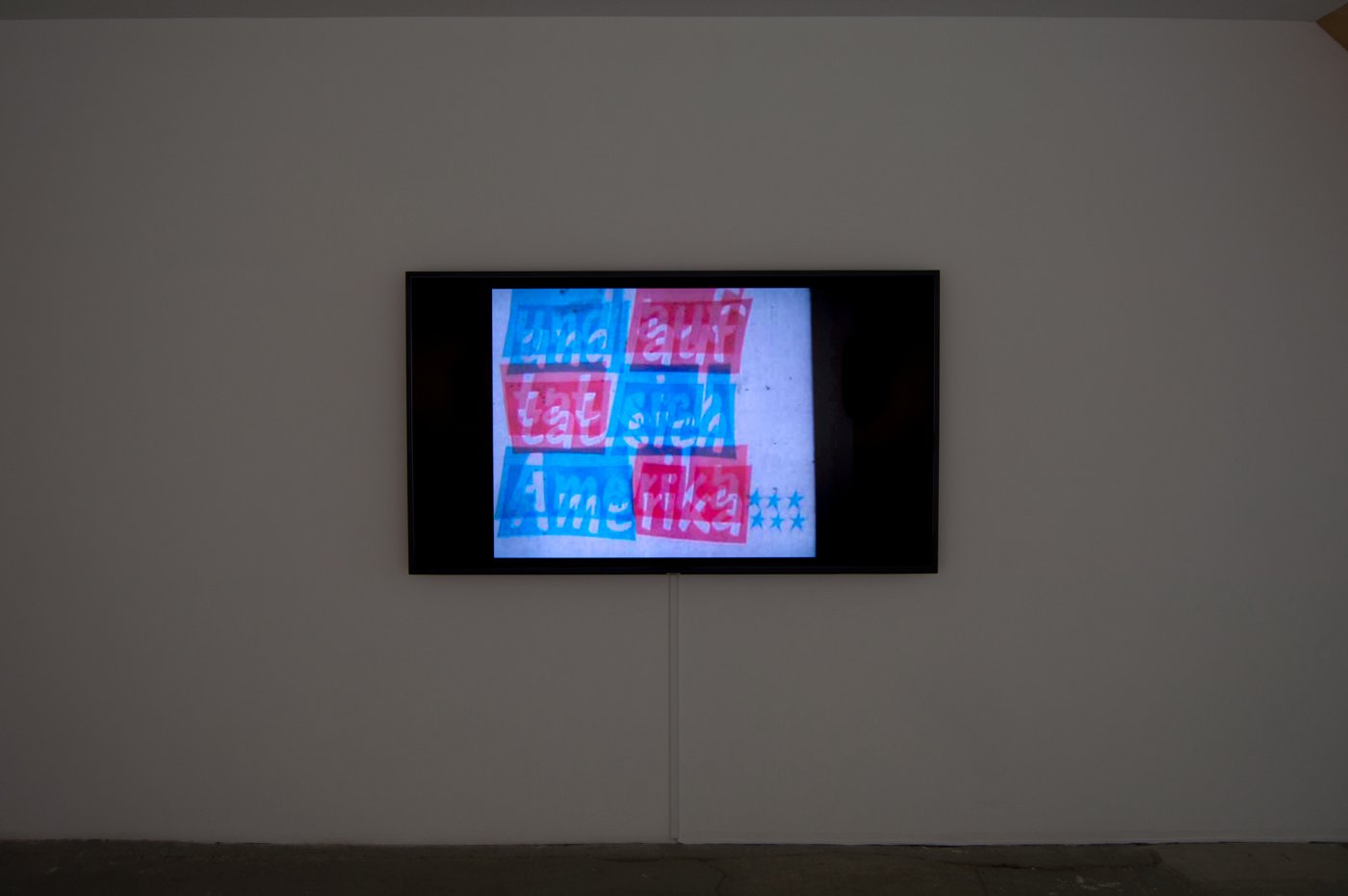 For this exhibition in New York, Valentin Carron has brought together a series of works created since 2009. The works on view include reconstructions of modernist reliefs, sculptures, stained glass pieces, a vast ensemble of brass instruments that have been brutally reduced to decorative elements, wrought iron gates, two videos, and a Giacometti-style iconic, provocative hand. All works are gathered together under the title, And So America Opened Up. At a very special moment in his artistic career and in a context whose future no one yet dares to predict, Carron has allowed himself a courageous and uncompromising retrospective vision toward his oeuvre.

Carron’s work is defined by a fascination for modernity and its decay. To him, there is no doubt that a formal vocabulary was developed in the 20th century and that this infuses all areas of our everyday life, particularly the vernacular. The elements that catch Carron’s eye, he finds in his immediate vicinity—in the squares of small towns, in front of administrative buildings of little importance, or rundown public places. These fragments are all replete with potential modernist references. Far from any center, they represent many testimonies of a modern dream left in tatters. An artist studying them, reproducing them in different materials (but to scale), and, above all, inserting them into exhibition spaces —just as one would do with plants that cannot withstand winter—are gestures that are both benevolent and disillusioned. As he browses the tarmacked areas of our public parks, Carron laughs at nothing, corrects nothing, values nothing, and keeps a slightly hopeless feeling of loss alive in us.

While modernity may be crumbling endlessly, the very definition of our commitment to the world is withering. Carron— like other artists of his generation—knows that our sense of déjà-vu is not accidental. He is not fooled by the power play that figures into the dissemination of an image on a large scale and its haunting of everyday life. If one can say that he lives on the outskirts, then he knows that this world no longer has a center, which is probably fortunate. It is from there— or anywhere—that the metallic taste emanates from a reduced intensity to an oscillation. But there remains a taste for strangeness deep inside each of us—such is the know-how of craftsmen and the sense of community that gives rise to art. Therefore, the modernist grid may liquefy into an ornamental twist, the music crashing against the walls of the bar. Behind heroes—with interstices reduced to the decorative—hides the pleasure of a kind of will that we know is useless.

These are the areas that occupy Carron’s mind, with no naivety. With an apparently irreverent kind of nonchalance, he reminds us that it is always possible to board the Titanic, but, more than anything else, it is a question of being there together.