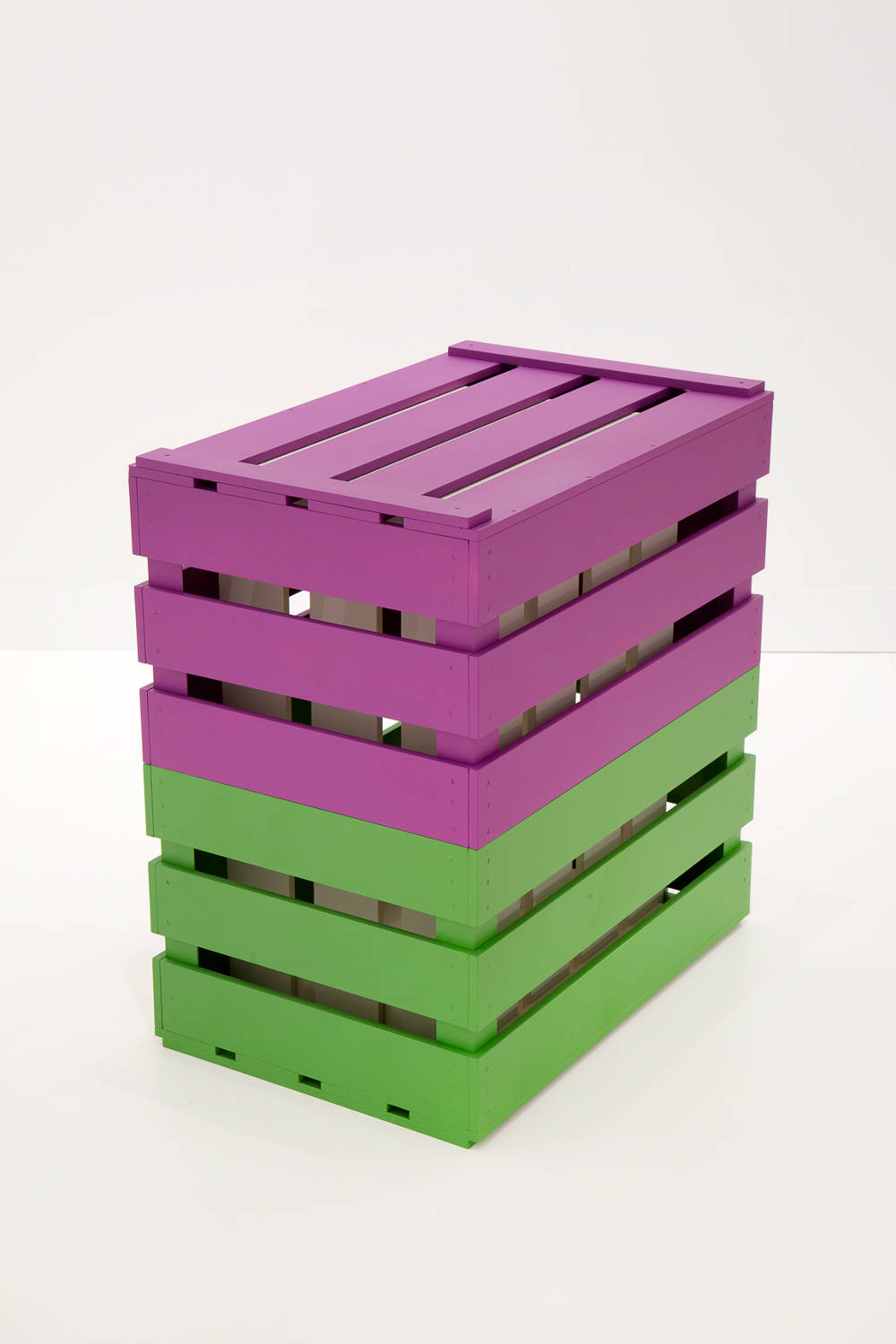 For all its promise of liberation from the gilded structures of exaltation surrounding the objet d’art, the readymade has become deflated by its own pressure. Found objects, assemblage and appropriation have been cunningly adopted and integrated into the mechanisms of taste, robbed of their subversive function and aestheticized into a polite paradigm. In a series of nine new collages upending these platitudes, Valentin Carron locates within his own psychology the entry points for the subconscious material of identity and freezes them, allowing for unexpected and arbitrary recombination that short-circuits accepted modes of explication.

Carron’s scavenging instinct finds him adopting scenery from his daily travails and reframing it through parallel planes of focus to suit his own form of sensory-heightening interpretation. “The Big Modern Concert” uses a stock image of a multitude of hands reaching for the sky as its starting point, originally found on an announcement board outside a church near Carron’s home in Switzerland. Meant to symbolize a type of everlasting hope through association and devotion, the hands as propaganda are a signifier for the kind of generic, technocratic pluralism that has become shorthand for the concept of community. A vision of hope and aspiration tempered by inherent desolation, Carron’s laser cut MDF adaptation is glued directly onto a vermillion color field – a stand-in for itself, as if the function of an image could be simultaneously undermined and reified. “One-Eyed In The Beaded Night” operates from a similar strategy, an example of decorative contact lenses from a window advertisement of a novelty shop. A combination of fantasy, personality and projection determines the utility of these lenses, a quick tint job on the windows to the soul.

Ontology dictates the difference between a person and a thing, if you insist. Carron’s version of self-portraiture is aware of this implicit fallacy, an attempt to inscribe authorship and subjecthood into autonomous units. In “Wall Tile and Chromo”, a circa-Y2K Carron is posing for Nan Goldin after a workshop she was giving at the Lausanne School of Art. She had shown him the photos and asked to publish them, which he declined. Carron finally finds a use for one, placing it at the center of a typical bistro wall tile, looking tinted by Goldin’s characteristic red light gels. Carron is in Tommy Hilfiger boxers with an American flag print, an iconography so pure it could only be made up – by whom is unimportant.

“The American Cap” is again a portrait without author, but also without a face. The floating cap was purchased at K-Mart, the crown on a mass produced identity that at one point represented personal expression but was swallowed whole by a marketing monolith. That it has been regurgitated as a transgressive choice through Normcore aesthetics is a further bruise on its potential. “The Lido Tower” is continental bad taste compounding itself, a painted replica of the flashy red marble at the entrance of Trump Tower, overlaid with a paper imitation of an art deco mirror at the Bar Le Lido in the Alpine town of Sion.

A floor to ceiling stack of apple crates poorly spray-painted black stands by imposingly, sleek American minimalism undermined by agricultural necessity and the hilarious pathos of emptiness. In “Nine Drops Of Blood”, the reckoning of all these identity politics and the specter of America’s cultural legacy is seen through the ritualistic scarification of teen angst, straight onto one of Carron’s signature clocks, the closest he comes to a personal brand.