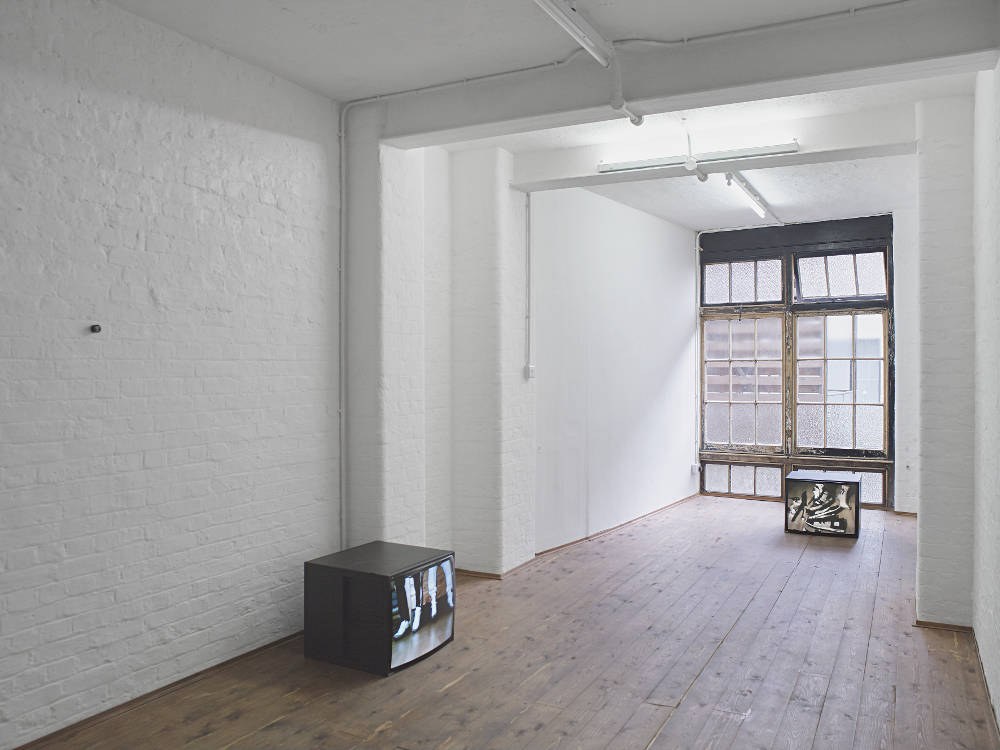 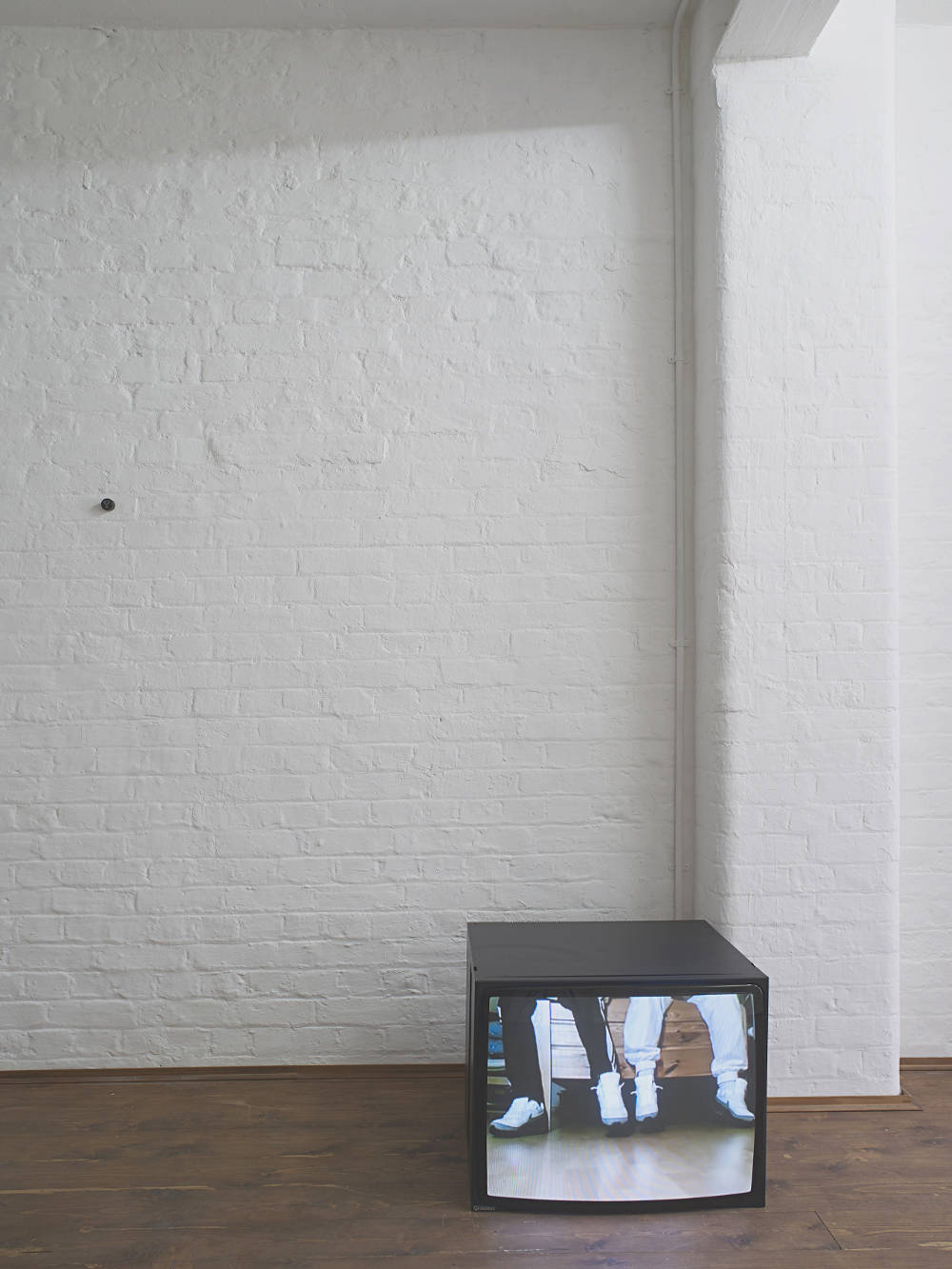 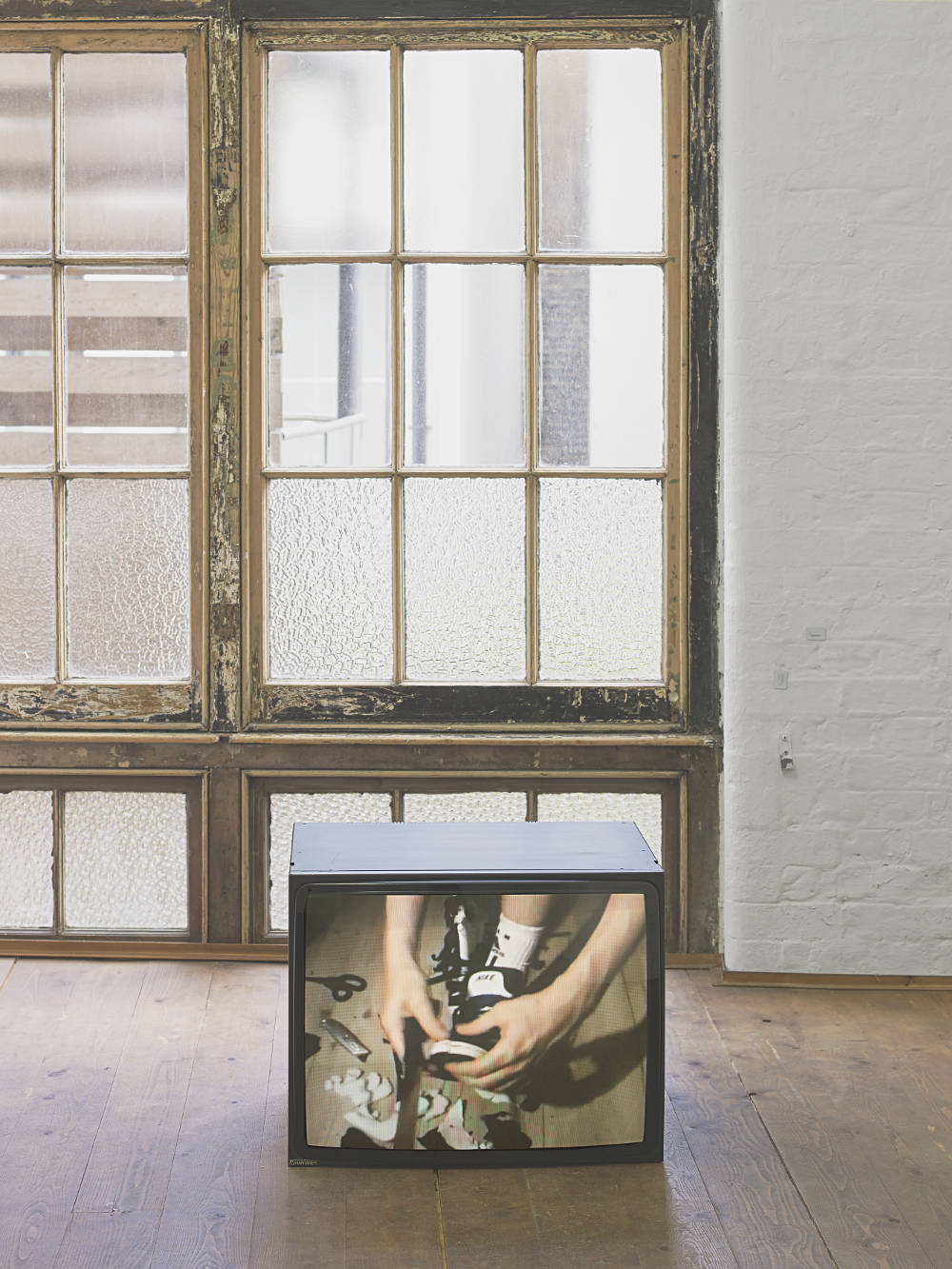 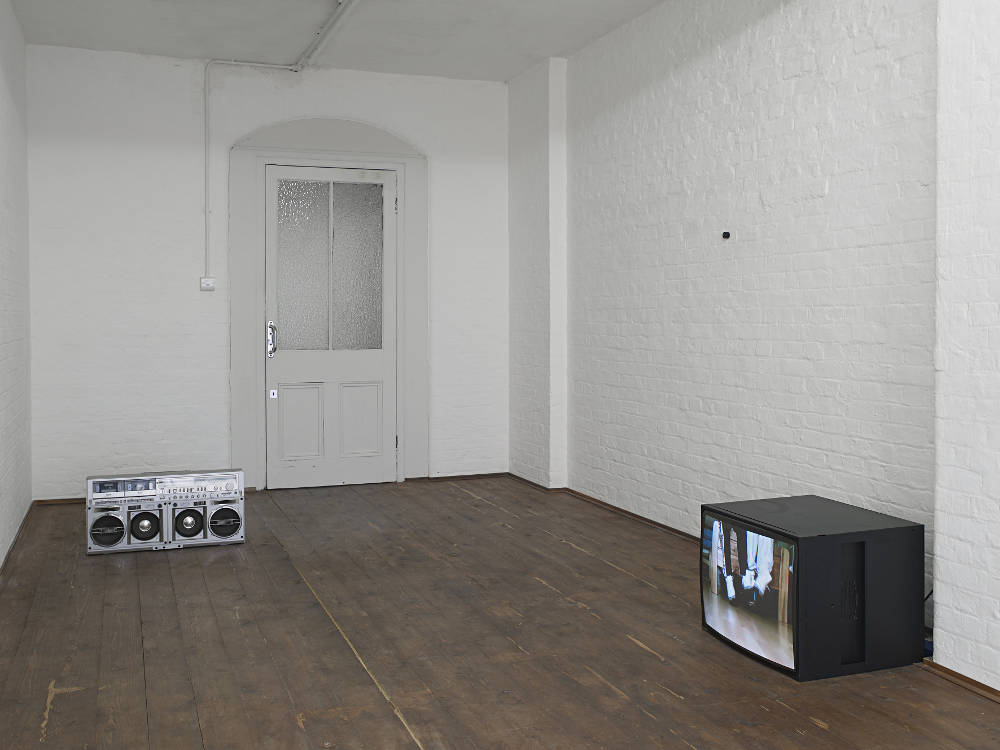 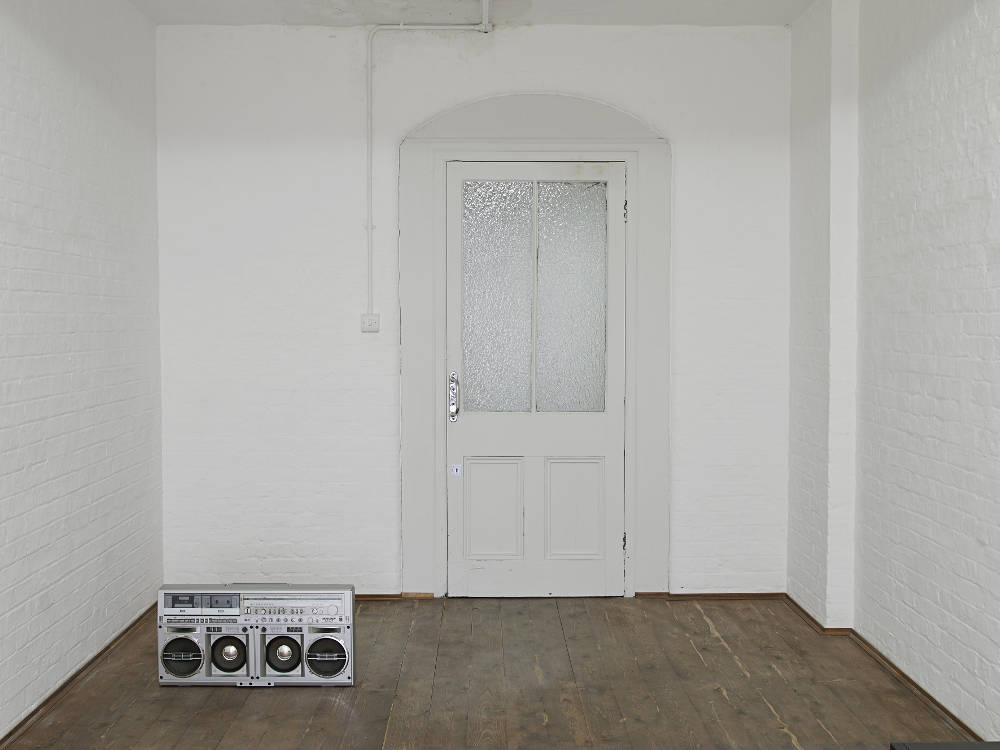 This staging offers audiences an opportunity to examine a key early work in dialogue with BRIDGIT (2016), showing as part of the Turner Prize at Tate Britain. Colon Hyphen Asterix marked a significant shift in Prodger’s practice: a turn to digital material – ripped YouTube videos – after years of using exclusively 16mm film. Much of her work uses the legacy of structural film, minimalism and queer subjectivity to investigate tensions between form and content; an ongoing enquiry into the contingency and intimacy of materials.

The slippery idea of the ‘version’ – where something produces a mutation of itself – is played and replayed throughout Prodger’s work. Motifs, anecdotes and physical forms get repurposed and re- worked throughout her practice. For Prodger, this process of evolution relates not only to reproductive technologies, but also to the development of identity. Tropes of queer subjectivity permeate the narrative strands and subcultural histories she draws upon. Certain autobiographical fragments in Colon Hyphen Asterix – from a formative period of Prodger’s adolescence, have resurfaced in the voiceover of her single-channel HD video BRIDGIT four years later, and are made more explicit in their re-telling. The pared-back, rectilinear formations of Prodger’s installations are partly informed by the rural environment where she grew up in the North East of Scotland, where much of the landscape is divided up according to the gridded systems of crop rotation and Forestry Commission land use. Prodger has stated that the tensions between language and minimalism that she was engaged with while making Colon Hyphen Asterix emerged from the experience of growing up queer within the austere, emotionally withholding, anti-ornamental Presbyterian culture of Aberdeenshire.

An anonymous YouTube user called Nikeclassics posts domestic videos documenting acts of adoration and destruction to his pristine collection of trainers. Prodger interprets his videos as a desire to see every part of the object, a fetishism opposing part to whole. She frames his coded erotics within the historical context of 1970’s structuralist film where the processes of measuring and cutting of visual and material pleasure were privileged over content. In this work, the anti-narrative polemic of structuralist film rubs against the lived experience of queer oral histories. An audio tape plays on a Sharp GF777 boombox. Considered to be the holy grail of boomboxes, this model was designed in 1982 to drown out all other boomboxes on the street. Prodger repurposes this rarified object to transmit narrative fragments that shift between tenses and persons just as the boundlessness of internet video can be experienced everywhere simultaneously.

Prodger uses equipment with its own specific technological capacity, design history and social context. The Hantarex video monitor was originally designed for modular use in public spaces such as betting shops, train stations, amusement arcades and night clubs. Here, Prodger approaches them as containers for these documents pulled from the infinite terrain of YouTube, suspended between vast anonymity and close-up material intimacy. Video monitors and television sets have historically been spoken of in bodily terms, referred to as ‘head and shoulders’. But the videos here are by an anonymous individual who only allows us to see hands and feet. The whole is made manifest through an examination of parts, a movement between desire and restraint.

Courtesy of the artist and Hollybush Gardens. Photo: Andy Keate