Umar Rashid (Frohawk Two Feathers): In The Court of The Crimson Queen or White Lady on a Horse

Umar Rashid (Frohawk Two Feathers): In The Court of The Crimson Queen or White Lady on a Horse

“I ultimately seek to tell a story of humanity. An all-inclusive humanity that is generally left out of the prescribed, sanitized history, some of us are all too familiar with.”

Tiwani Contemporary presents the first solo UK exhibition of work by storyteller, visual artist, poet and musician Umar Rashid (Frohawk Two Feathers). The show features a selection of new work alongside older works seen for the first time in a non-institutional setting that further an ongoing project the artist began in 2003. 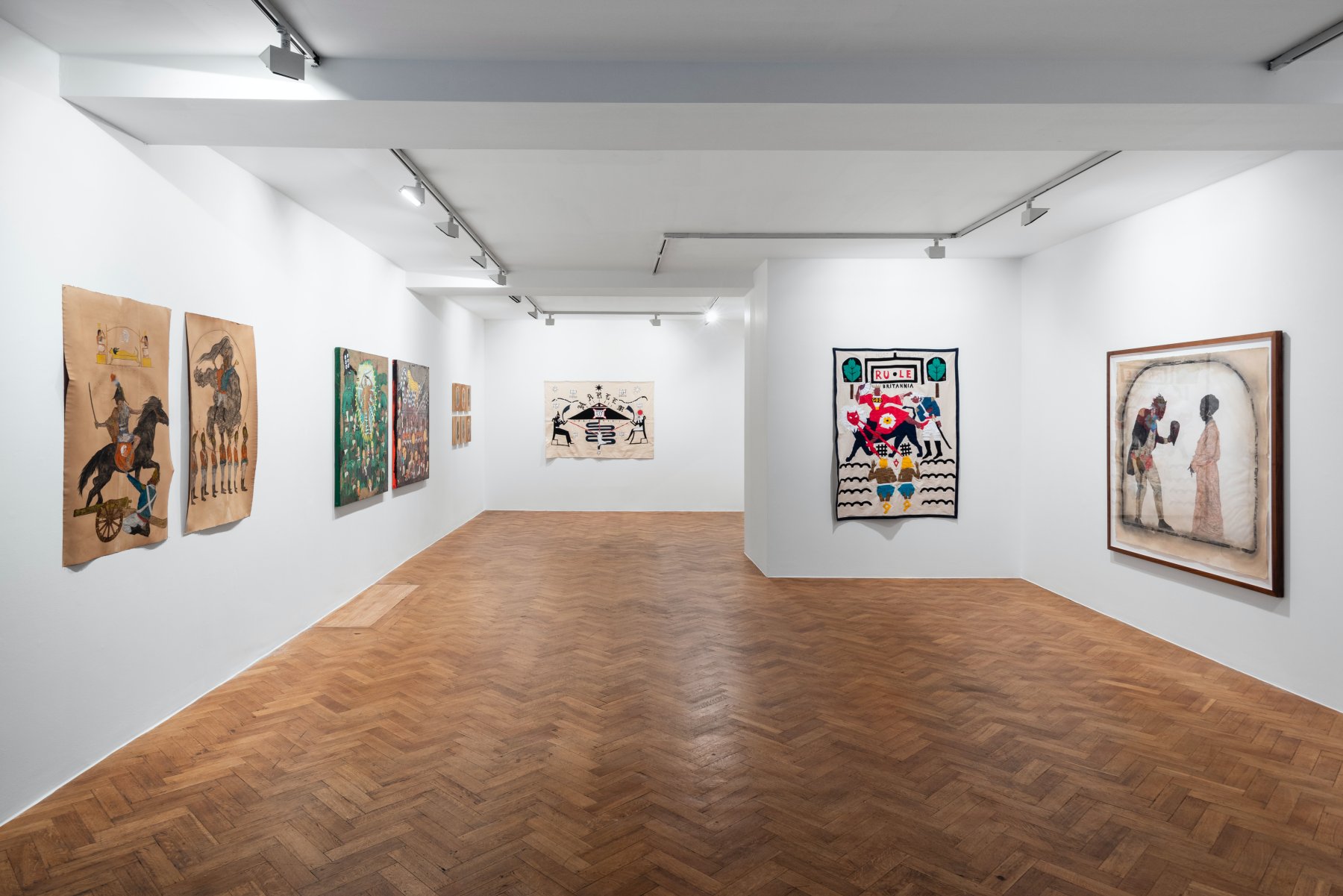 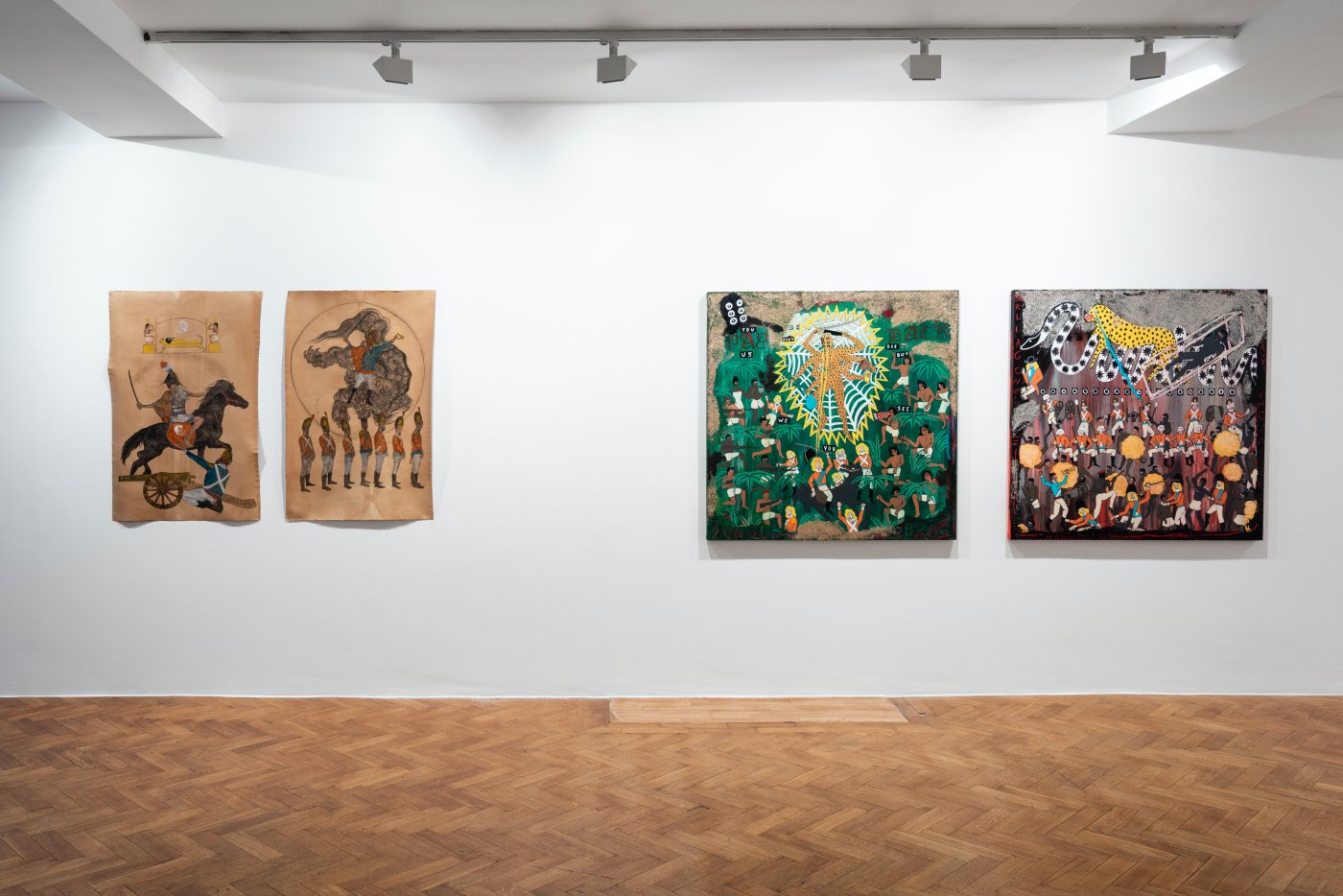 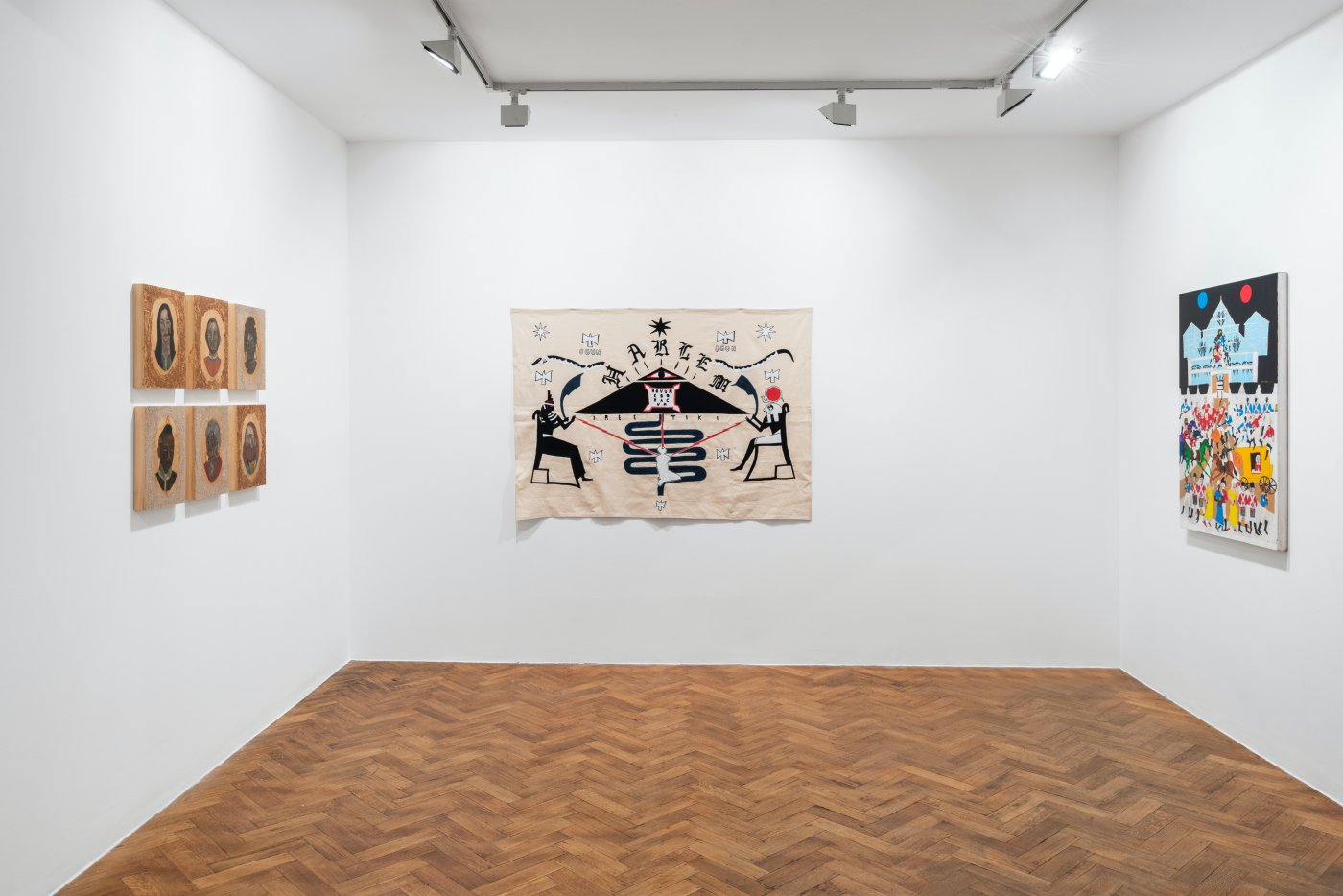 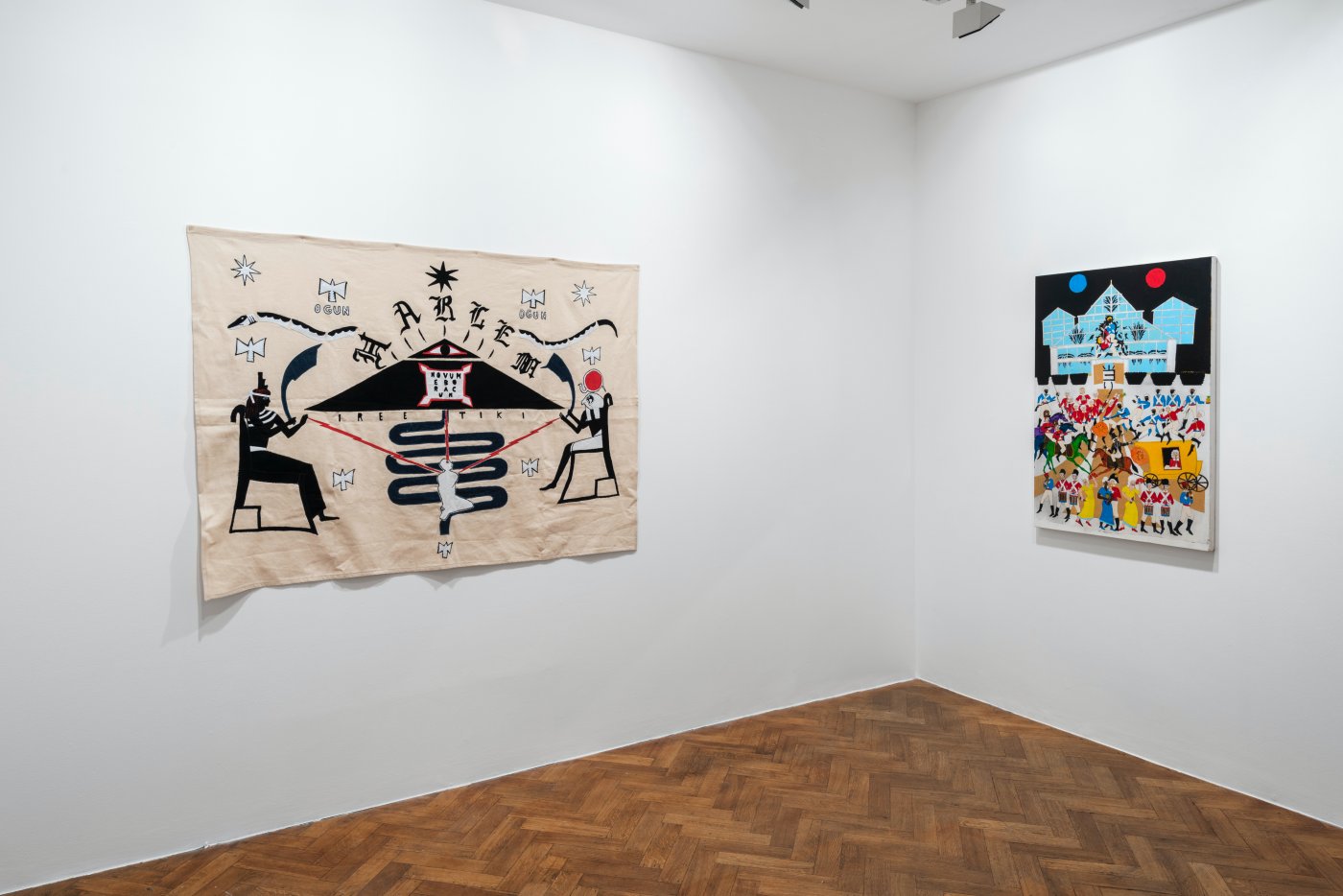 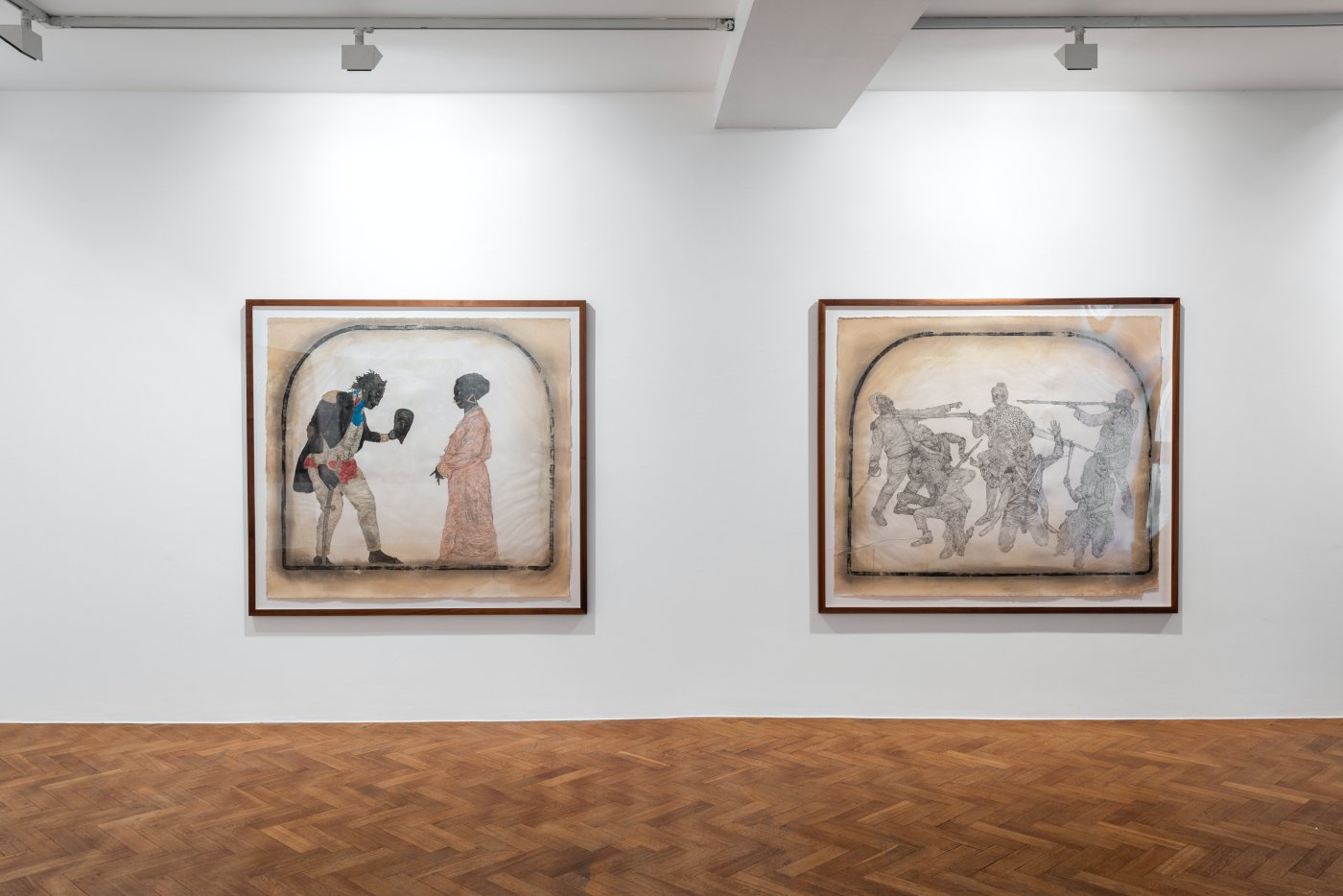 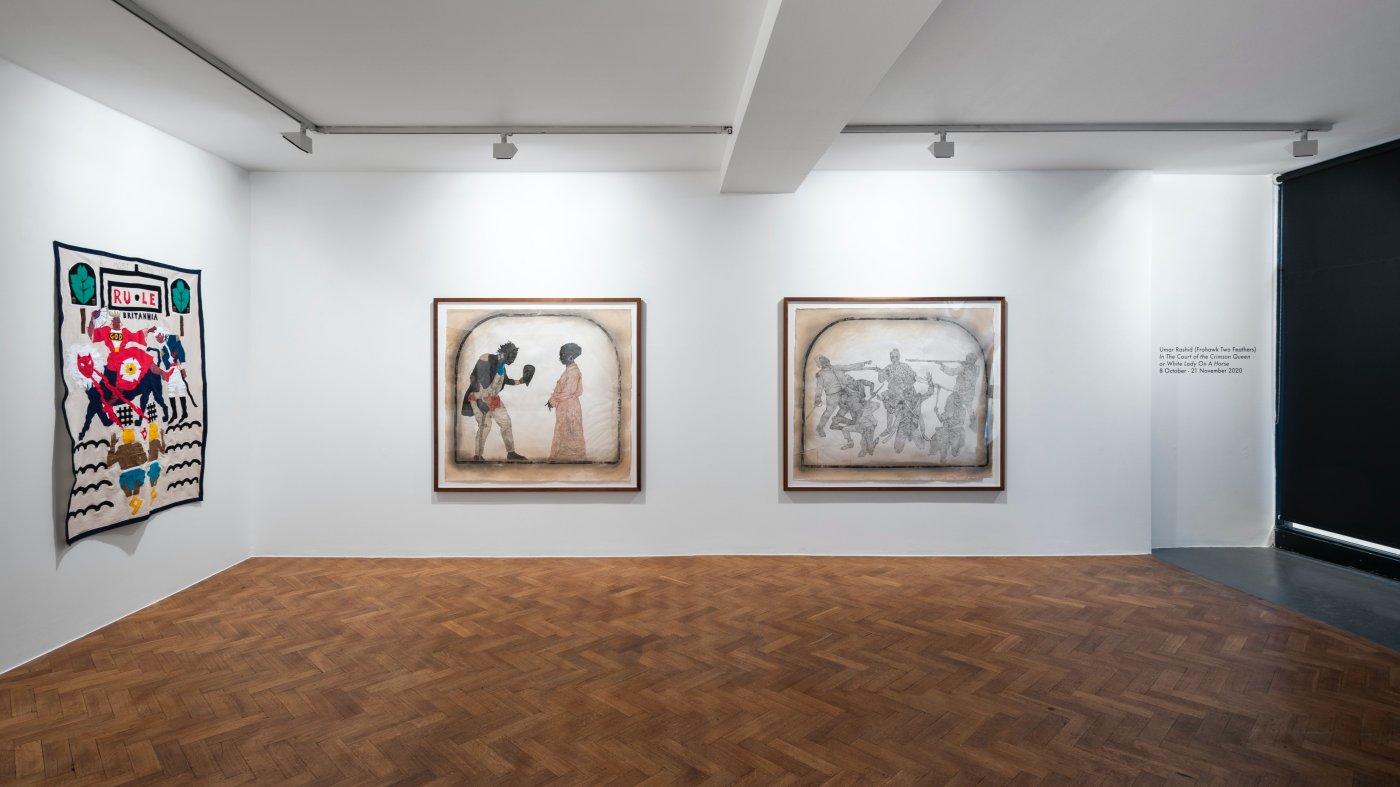 For the past seventeen years, the Los Angeles-based artist has documented the complex, historical and episodic saga of a fictional world superpower – the Frenglish Empire. Between 1658 and 1880, the Frenglish rule a transcontinental area comprised of dominions, protectorates and colonies including England, France, Turkey, India, Caribbean, Australia. Over the next two centuries, the Frenglish Empire engages in military endeavours, political intrigues, dynastic alliances and significantly, colonial exploits and enterprises that arise out of survivalist and expansionist imperial policies. During its course, it comes up against a number of rival states agitating for power who emerge as significant players in the 18th century including its suzerain, the North American Belhaven Republic and a recalcitrant Dutch republic, the Batavian Empire.

Across portraits, maps, flags, artefacts, vignettes and drawings and other visual remnants of an imagined empire and its multiple interactions, Rashid reveals pivotal events and the ever-changing fortunes of a lively array of protagonists, both elite and quotidian, all peculiar to a highly novel parallel universe. In this polyglot and multi-racial world of the mid 17th and late 19th centuries, Rashid collapses time, geography and the real-life dichotomies of race, class, gender, religion, sexuality and, power. His iconographic work synthesises comic culture, African cosmology, Egyptology, Classical mythology, Native American ledger art, hip hop, Persian miniature, Afrofuturism, grand history paintings and Renaissance portraiture. In remixing myriad histories – some recognisable and others esoteric including but not limited to Western European, African and Ottoman, Rashid offers a revisionist, forensic and often humorous panorama of the early and late Modern periods. His work challenges the legacies and linearities of imperial and colonial historiographies and their influence on the construction of modernity.

Umar Rashid (Frohawk Two Feathers) was born in 1976 in Chicago, Illinois, and currently lives and works in Los Angeles, California. He earned his BA at Southern Illinois University in 2000.