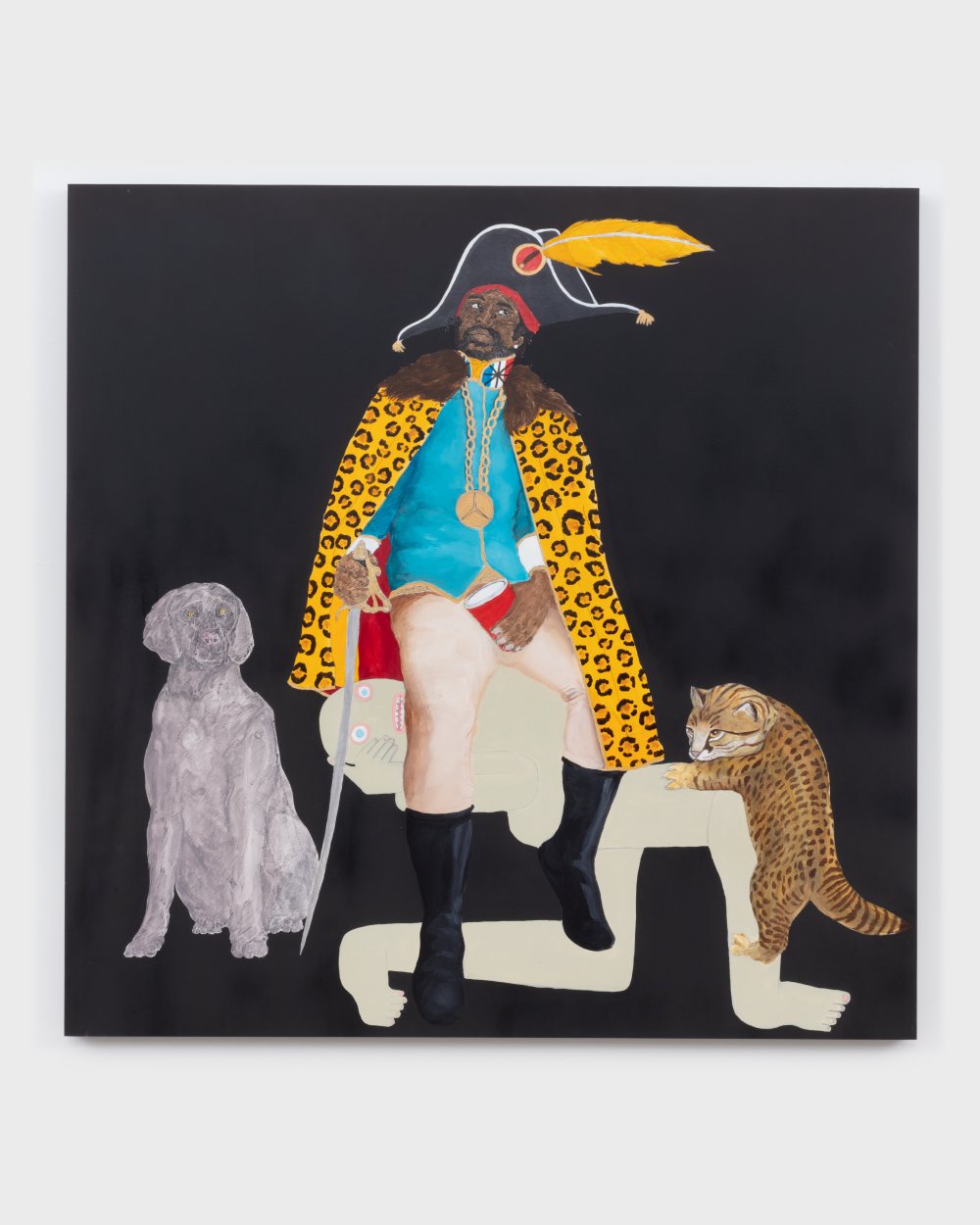 Umar Rashid (Frohawk Two Feathers)
Harlem Carl, commander of the desperate, and saint of the domesticated., 2022 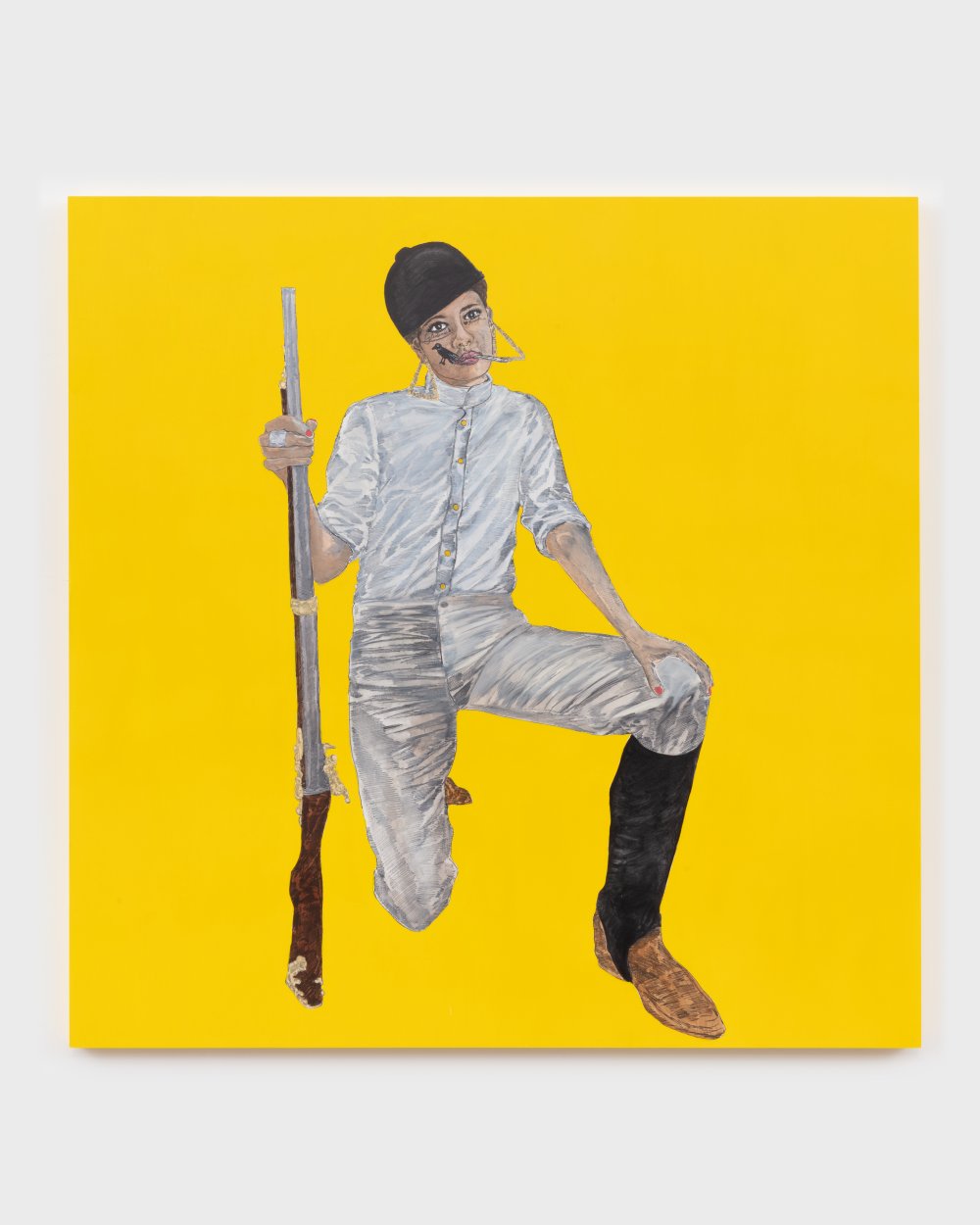 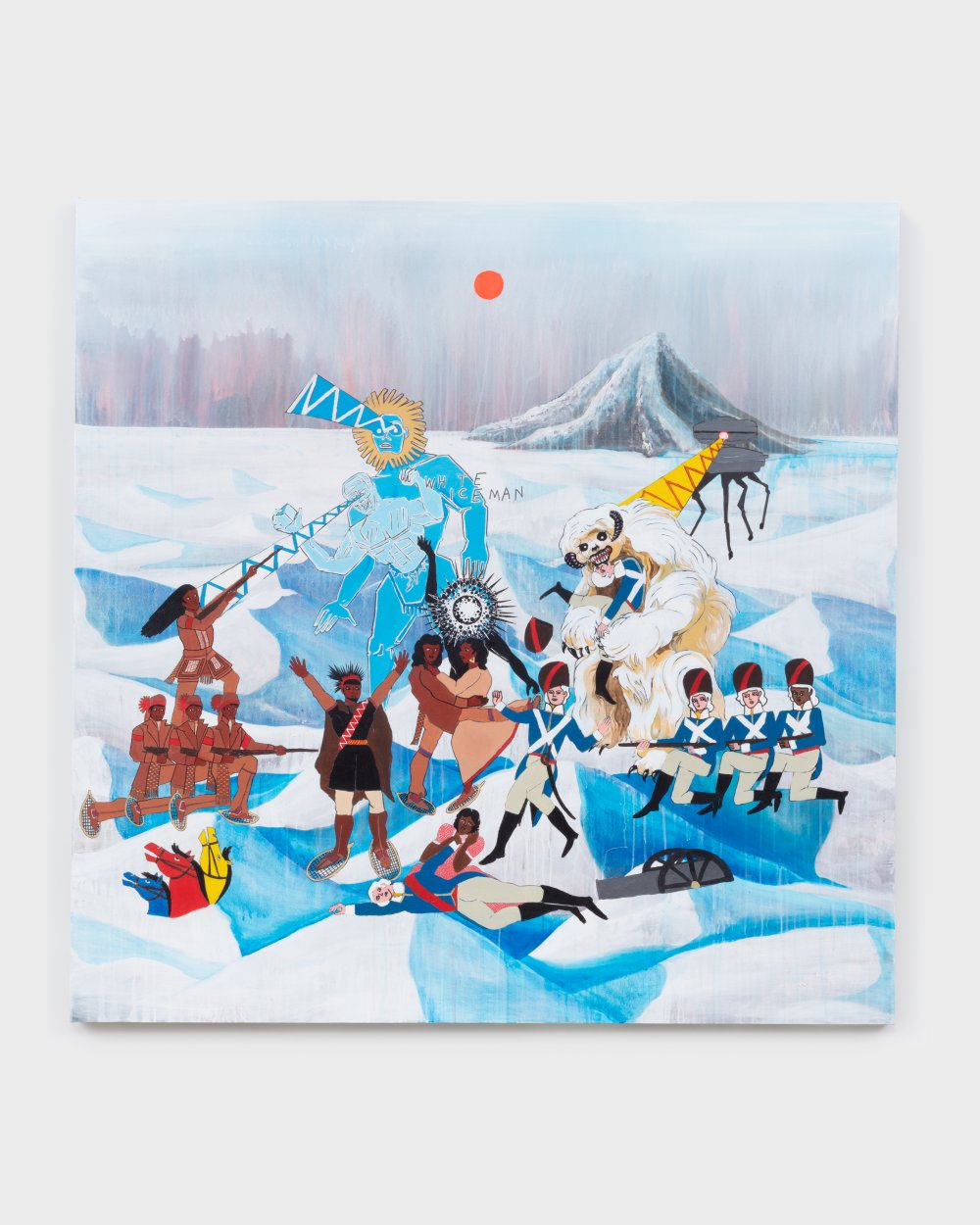 Umar Rashid (Frohawk Two Feathers)
The iceman cometh and is forced to retreat. The dance on the tundra on Abenaki Prime, 2022 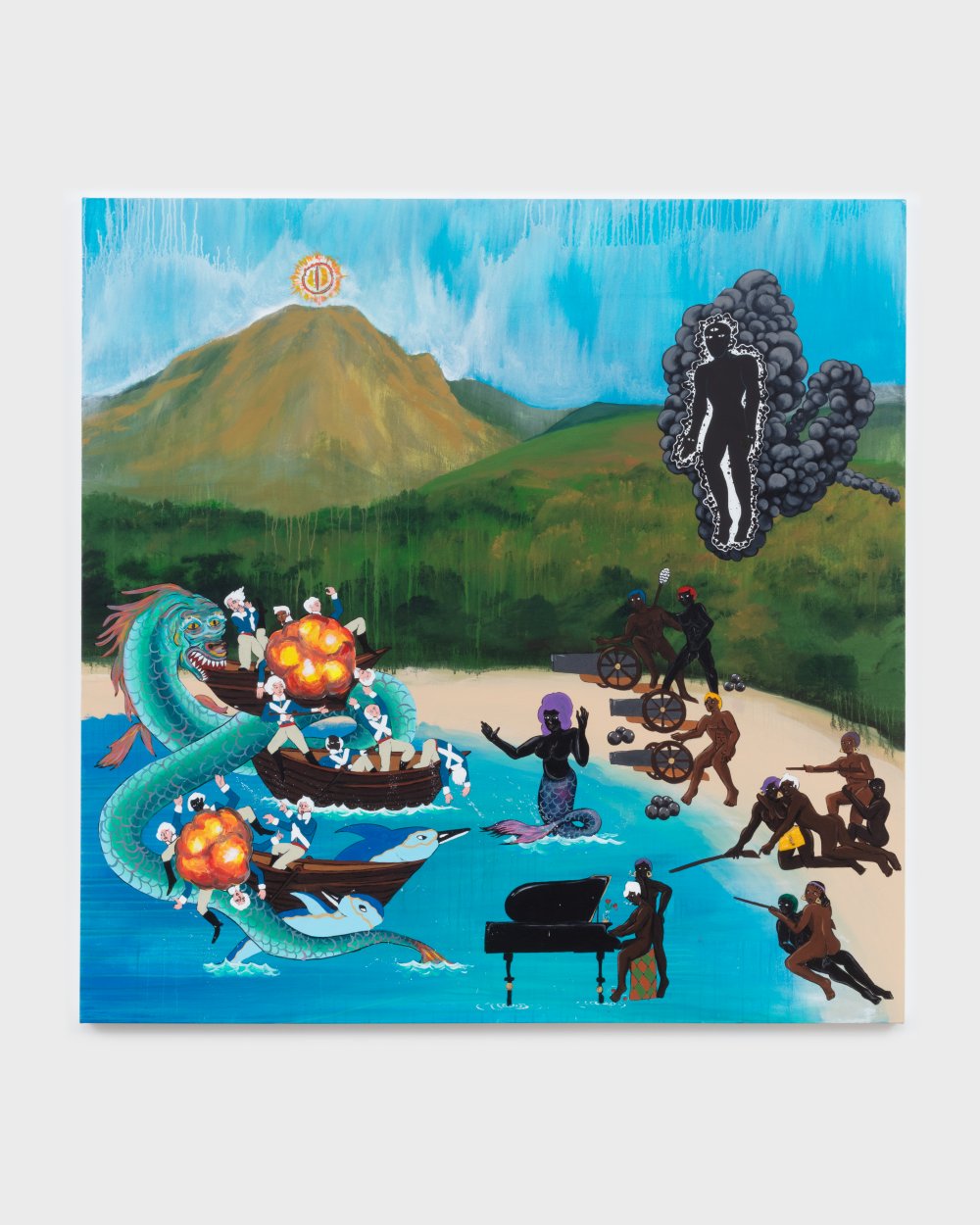 Umar Rashid (Frohawk Two Feathers)
An incident at Lover’s Cove part 2. Manman Dlo is not for the bullshit and thus, your ending,, 2022 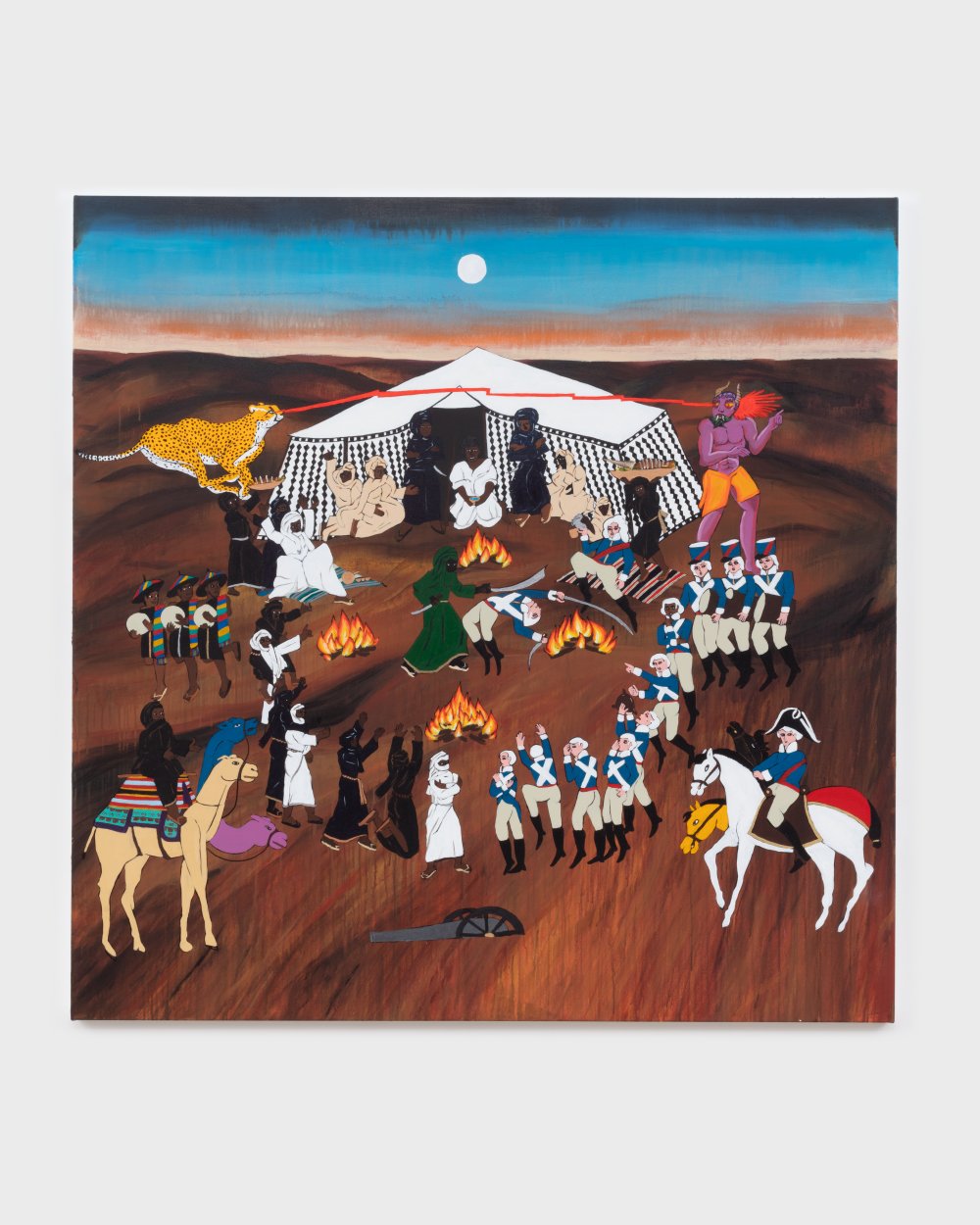 Umar Rashid (Frohawk Two Feathers)
We can handle this like warriors or, get into some gangster shit. Mauritania Prime, 1796, 2022 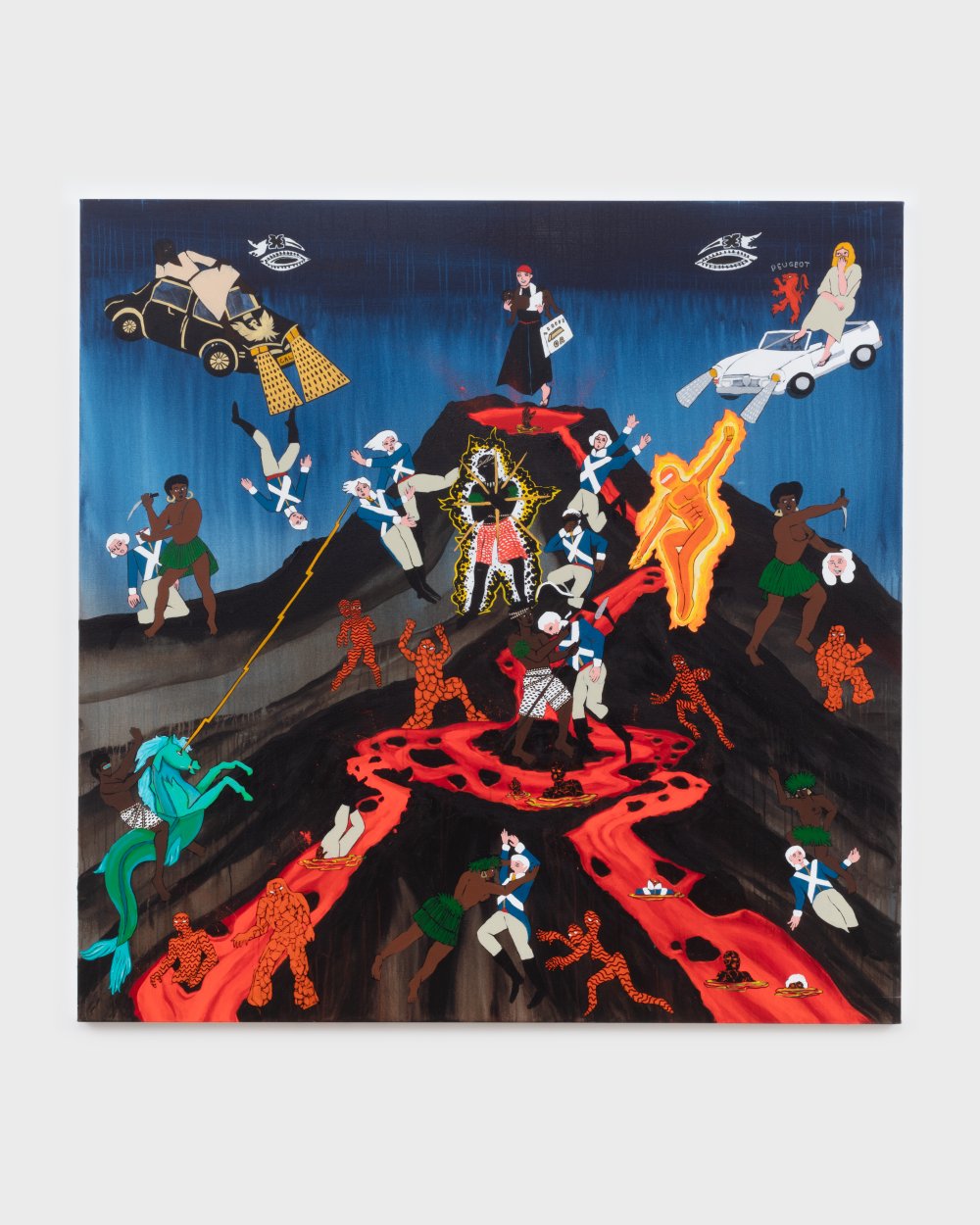 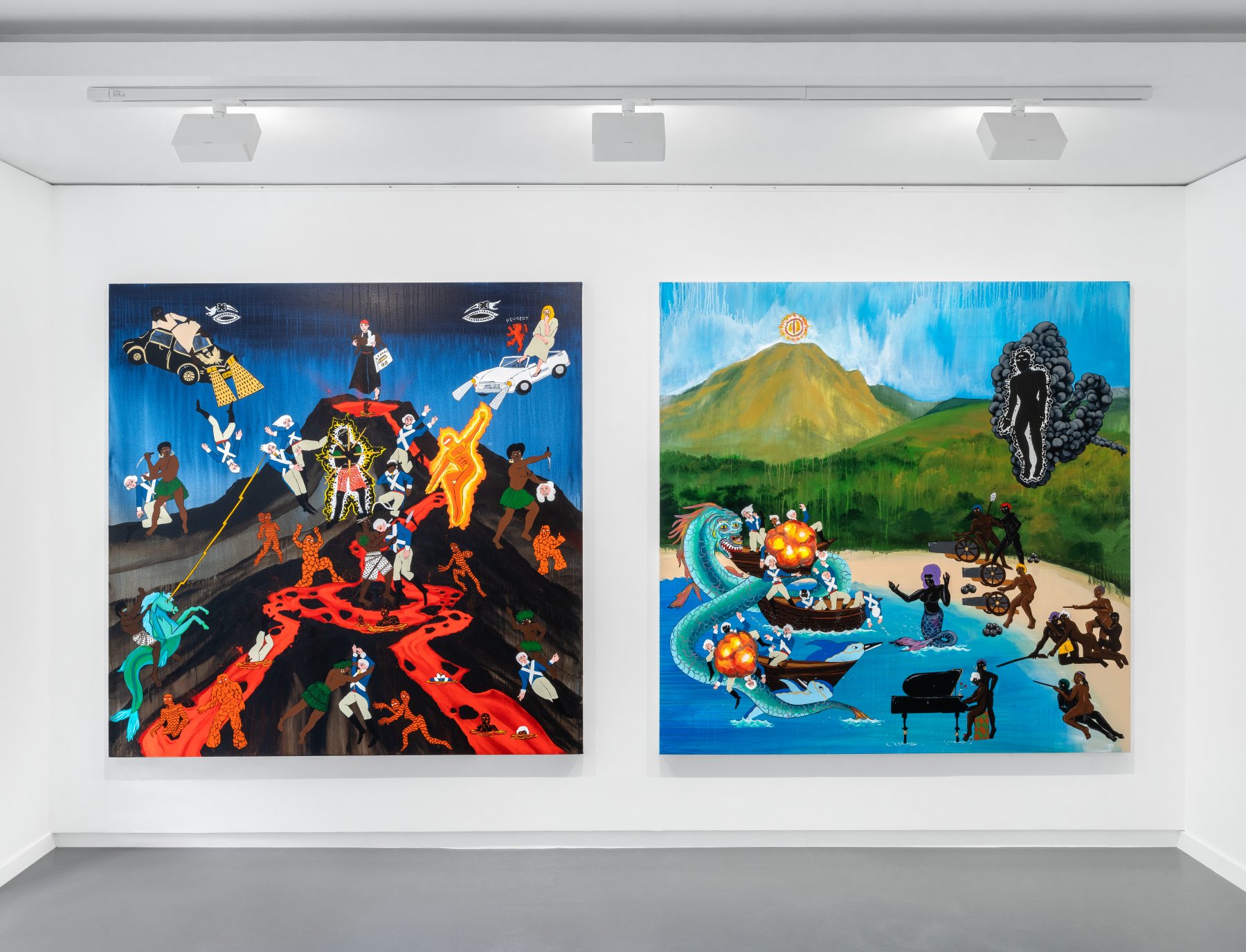 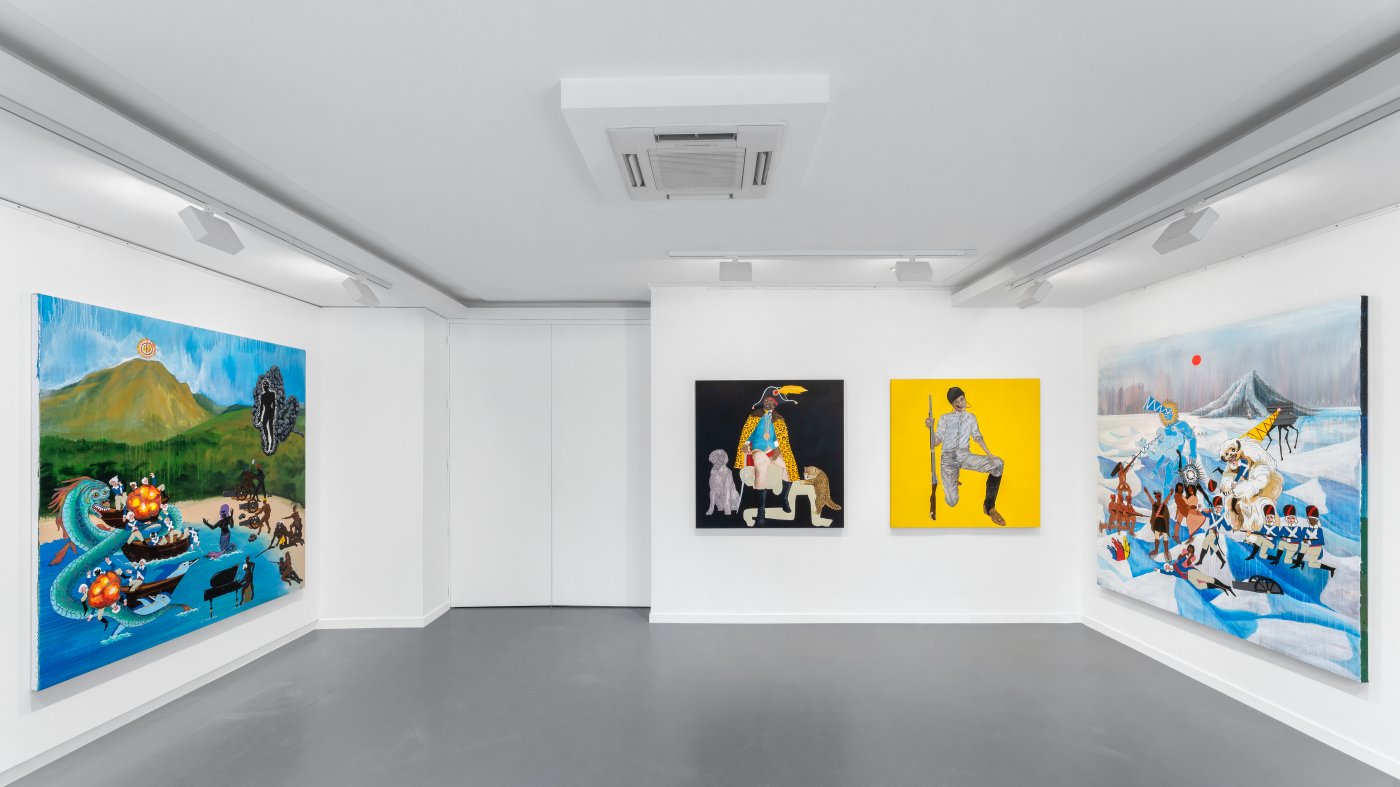 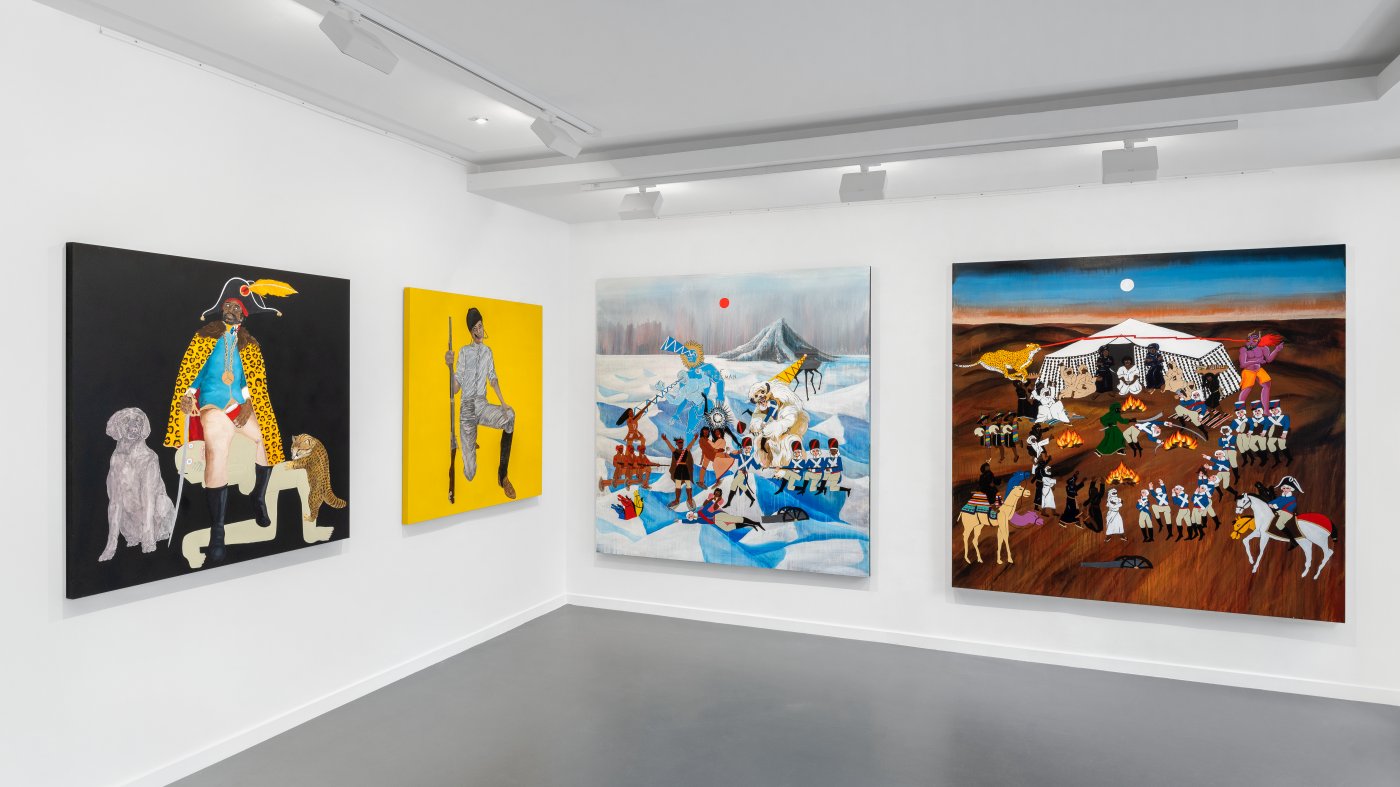 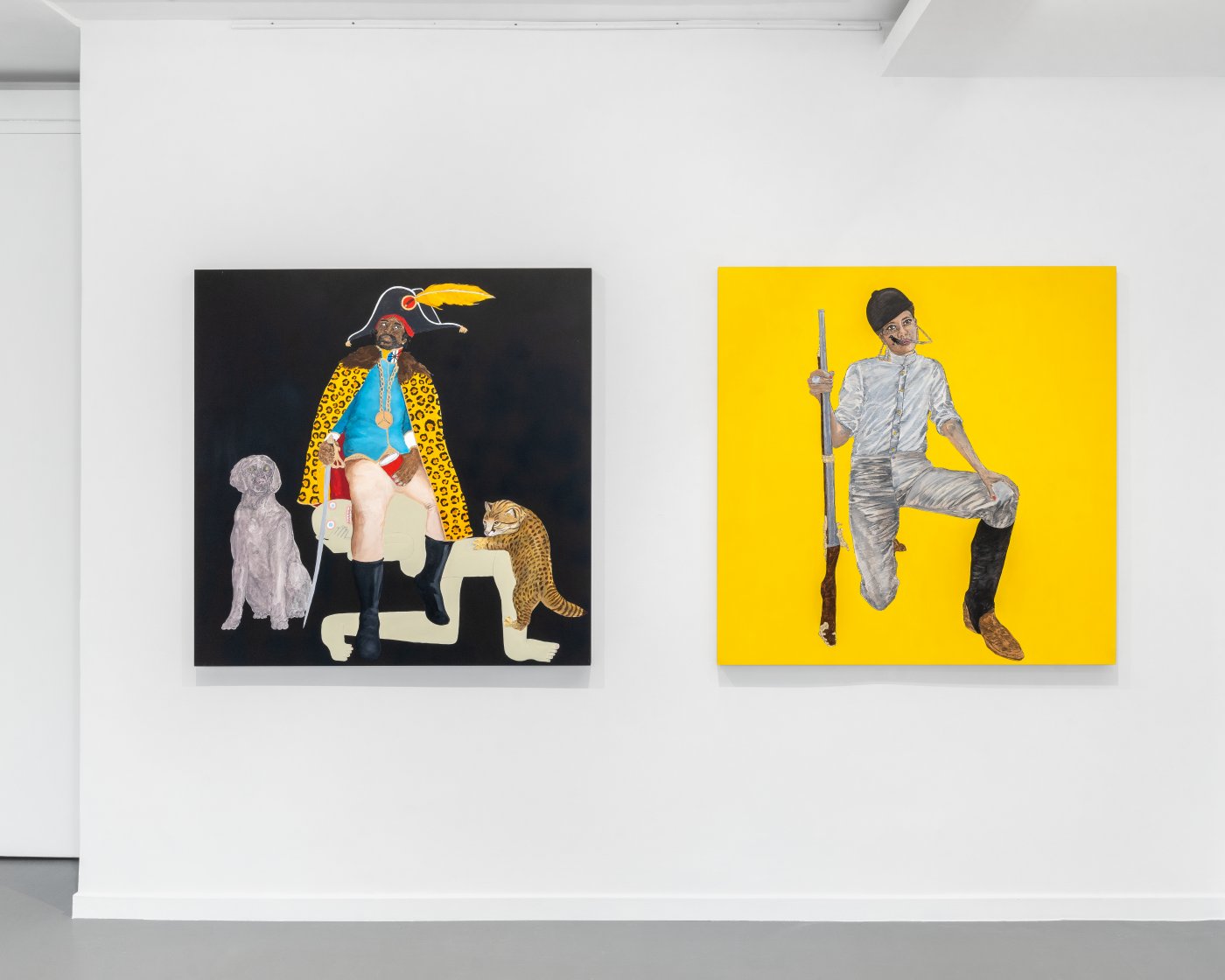 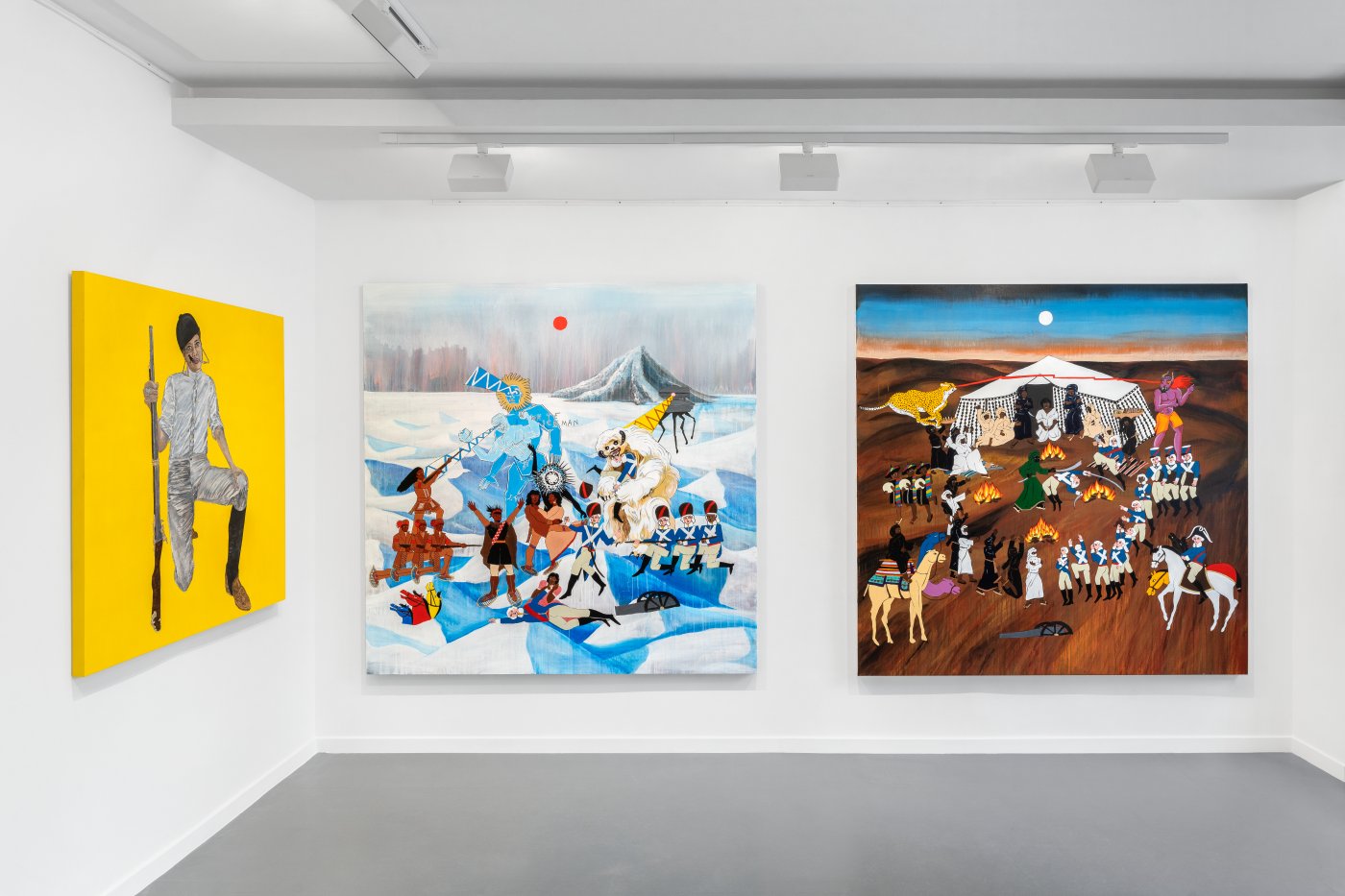 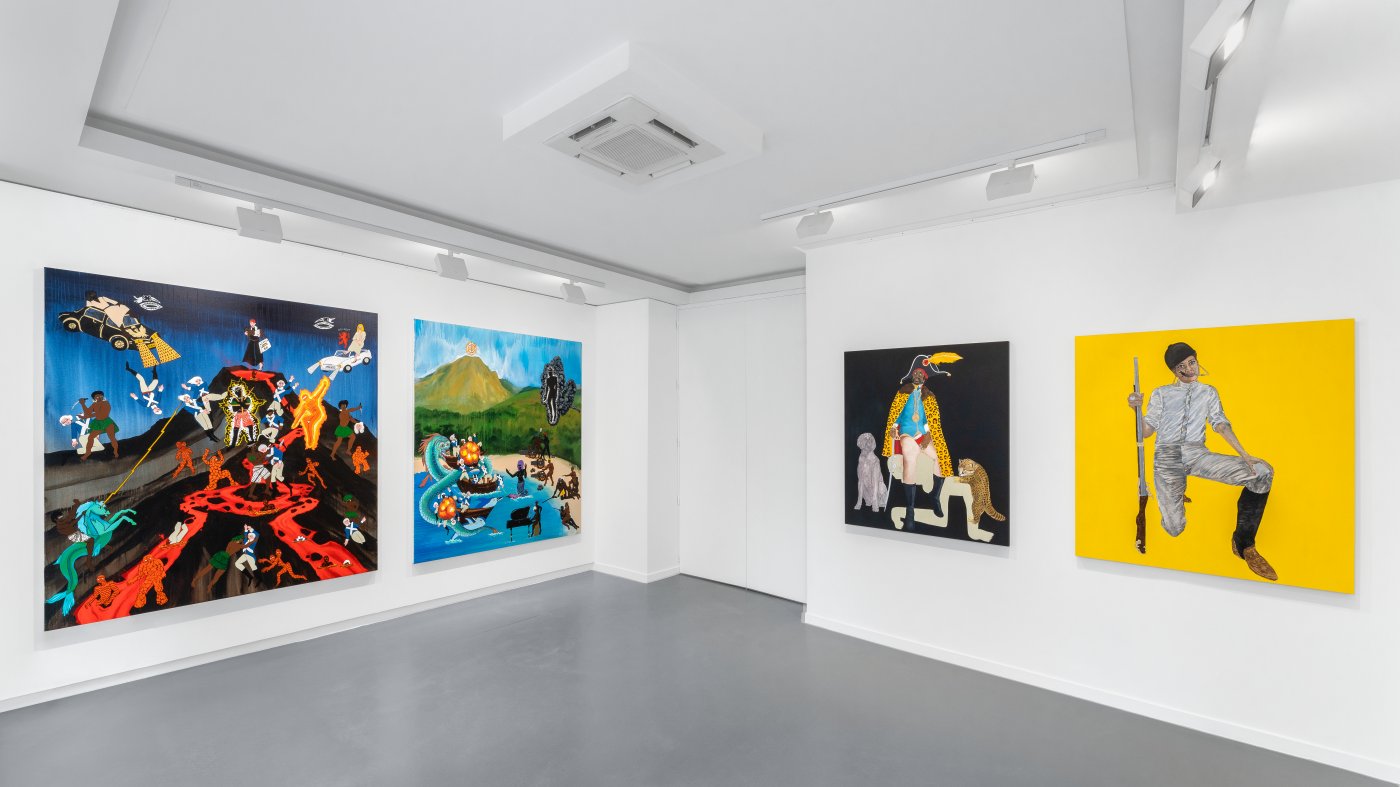 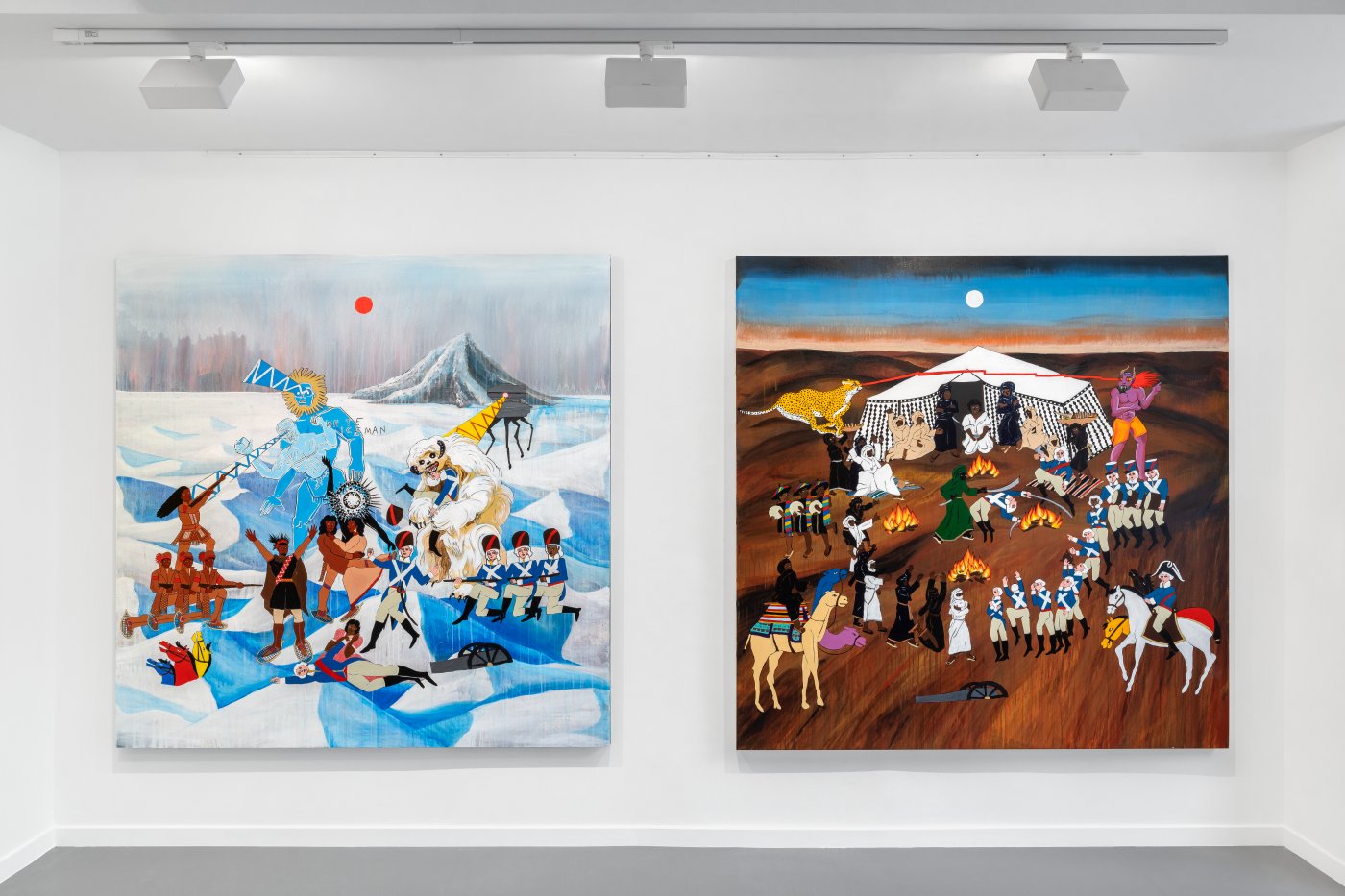 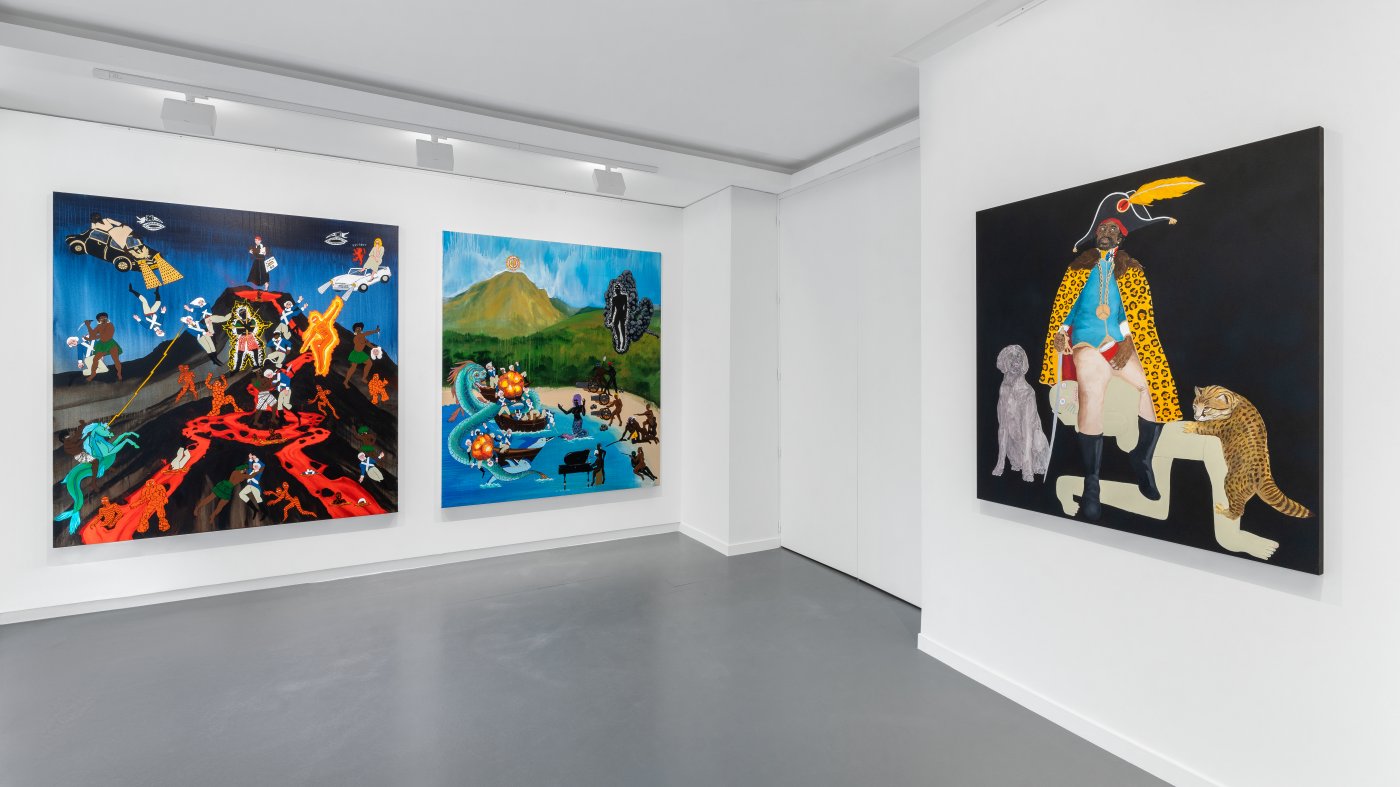 Chicago-born artist Umar Rashid is also known as Frohawk Two Feathers. In 2000, he graduated with a Bachelor of Arts in Cinema and Photography from Southern Illinois University at Carbondale, IL, USA. Over the years he developed his art around the “Frenglish Empire” theme, referring to the empires built by the French and English colonial powers from the 17th to the end of the 19th century. Most of his works are made of ink and acrylic. The artist also sometimes uses less conventional materials such as tea and coffee, for them being typical products of the colonial trade of the time. Umar Rashid’s paintings aim at proposing alternative narratives of the events and power relationships of this dark part of history. For the artist, it is about illustrating the point of view of the colonized and enslaved populations, whose stories have long remained silent. The scenes offered by his artworks allow him to go beyond the assumptions and stereotypes that present them as passive victims of Western countries. Dynamic and colourful scenes composed of characters with fine, meticulous lines and images from contemporary pop culture magnify those who are still often portrayed as solely dominated, whether in visual art or in written texts. In movement, they pose as actors of their culture and history, powerful and proud.

The title of the show, ‘Ancien Regime Change part 2. En Germinal : Les printemps de guerre.’ is the second iteration of the Ancien Regime Change series of 6. It deals with the revolutionary period of the late 18th century in the colonial era. The focus here documents the battles and commanders of the armies of the period, from the Congo to Caledonie. Lush landscape battles and portraits express the courage of the anti colonial forces against the great powers. And even deeper so, the failure to unify despite the overwhelming forces pitted against them.

Courtesy of the Artist and Almine Rech. Photo: Nicolas Brasseur