“…the system and concept of time, which has occupied my work since the beginning, gives me a certain sense of grounding.”

The gallery’s first exhibition with Ugo Rondinone, who has garnered international attention for his poetic, evocative work across a wide range of styles and media. 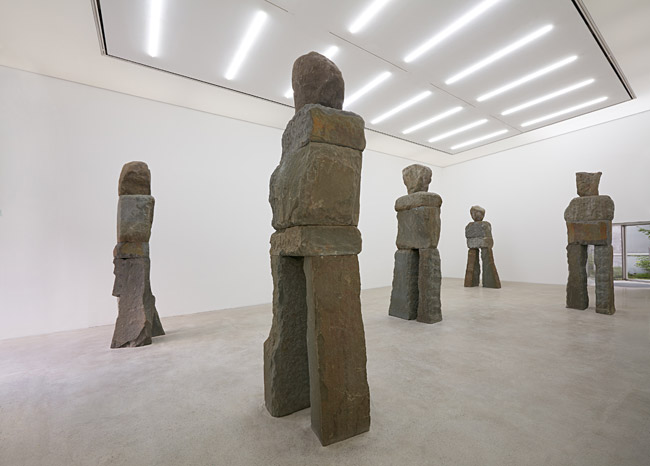 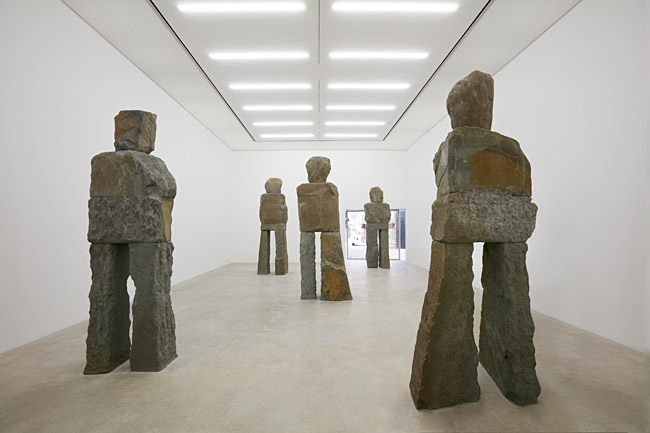 Often working on multiple ongoing series over many years, the artist is primarily interested in conducting personal investigations of the way materials possess and dispense energy. Gaining prominence in the 1990s, Ugo Rondinone’s work was heralded both for its preternatural use of material and its open-ended, emotional content. His confident and incisive voice allows viewers to enter the work without bias, as if seeing these things for the first time.

For his show at Kukje Gallery, Rondinone presents a series of five of his bluestone sculptures—monolithic sculptures consisting of bluestones that were cut and stacked to form raw but surprisingly emotive human effigies. Retaining the marks of the sculptural and quarrying process, these raw forms are titled the nosy, the anomalous, the observant, the inquisitive, and the dutiful. The stone figures arranged throughout the gallery bear silent but poignant witness to the natural eddies of time, creating an ambiguous yet charged tableaux.