Collectively, these moments become figments of an imaginative psychic state of being, one in which radiance, resistance, restraint, comfort, and full human agency exist.
—Tyler Mitchell

Gagosian presents Chrysalis, an exhibition of new photographs by Tyler Mitchell. It is the gallery’s first solo exhibition of works by Mitchell, and his first in London. 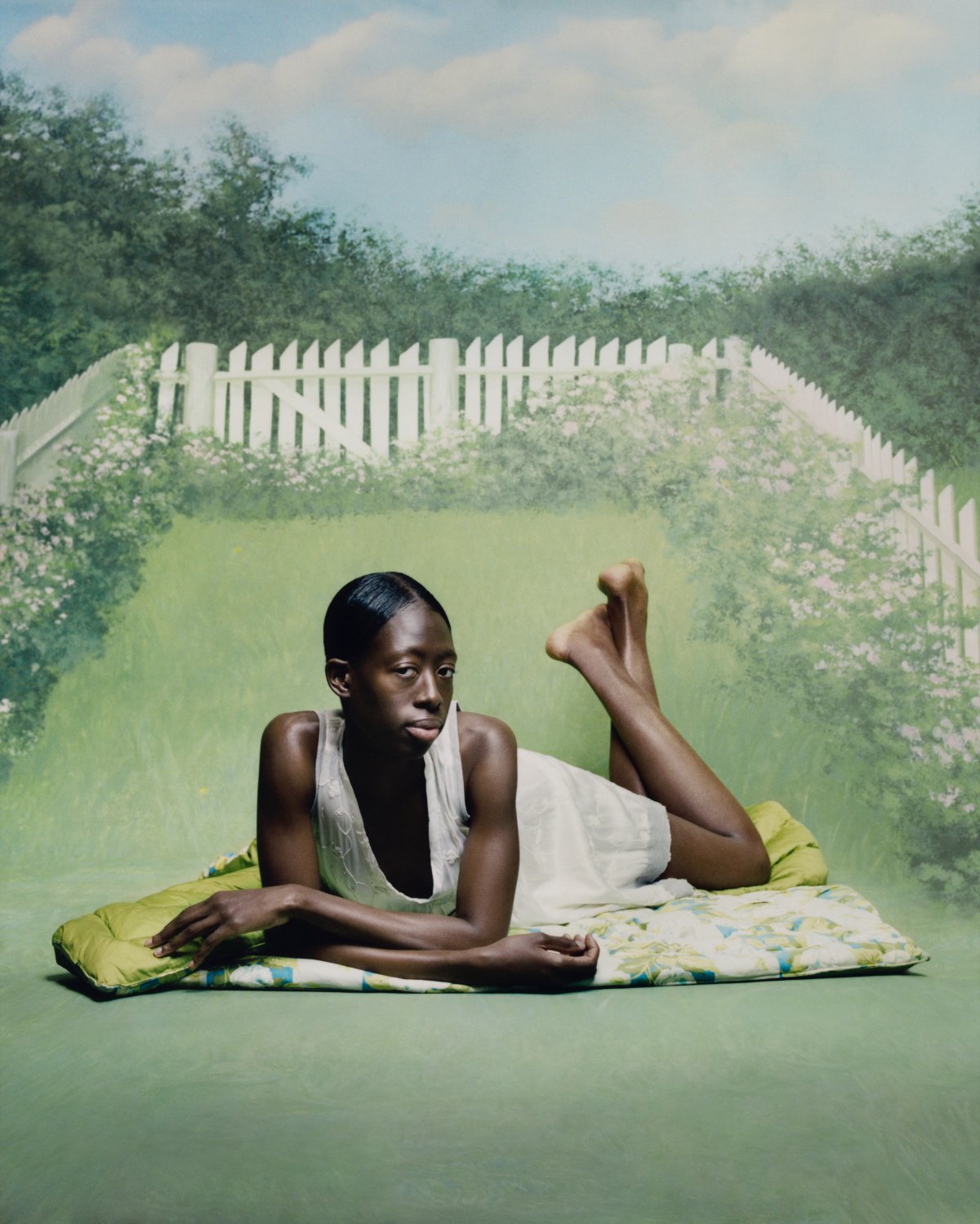 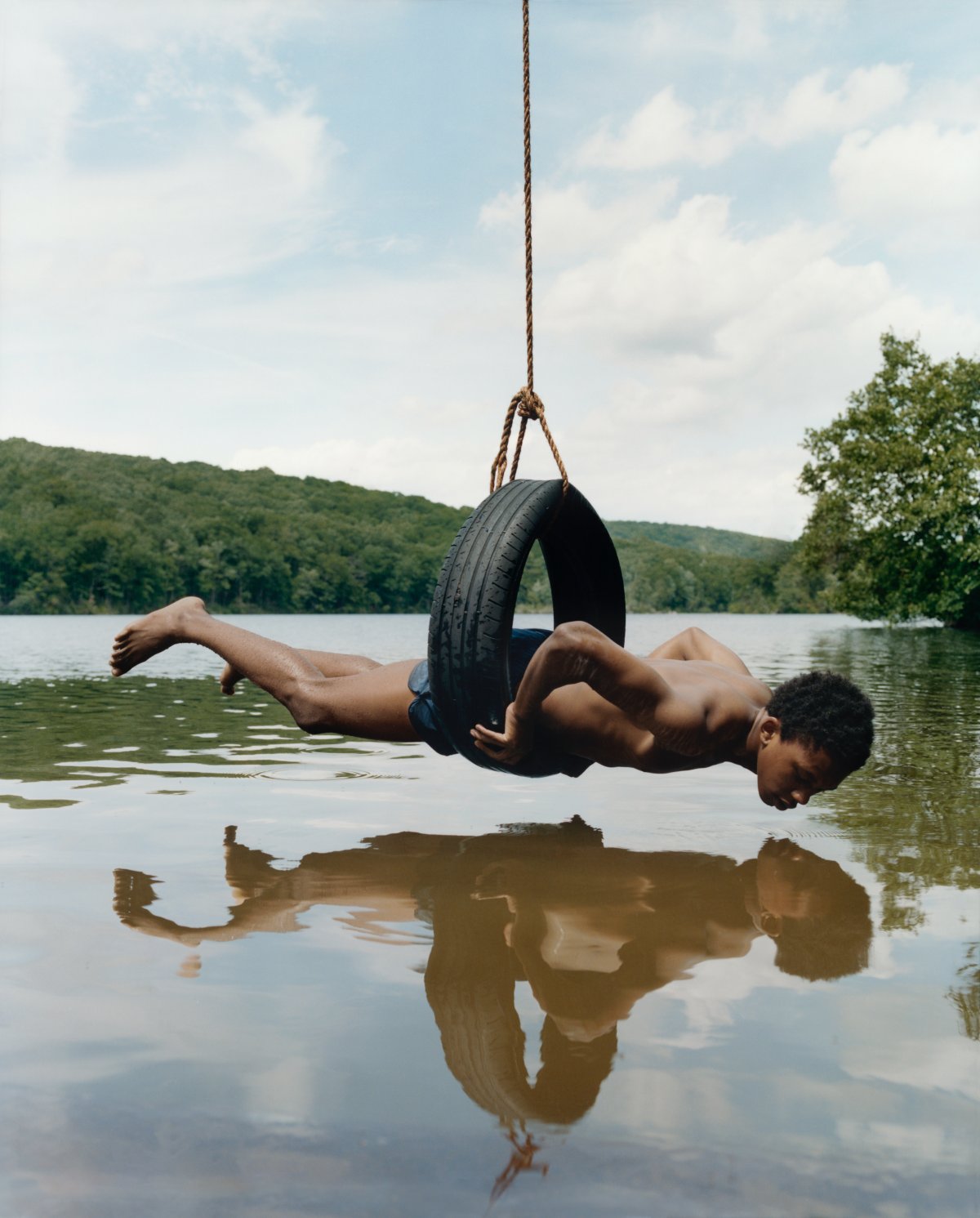 Tyler Mitchell
A Glint of Possibility, 2022 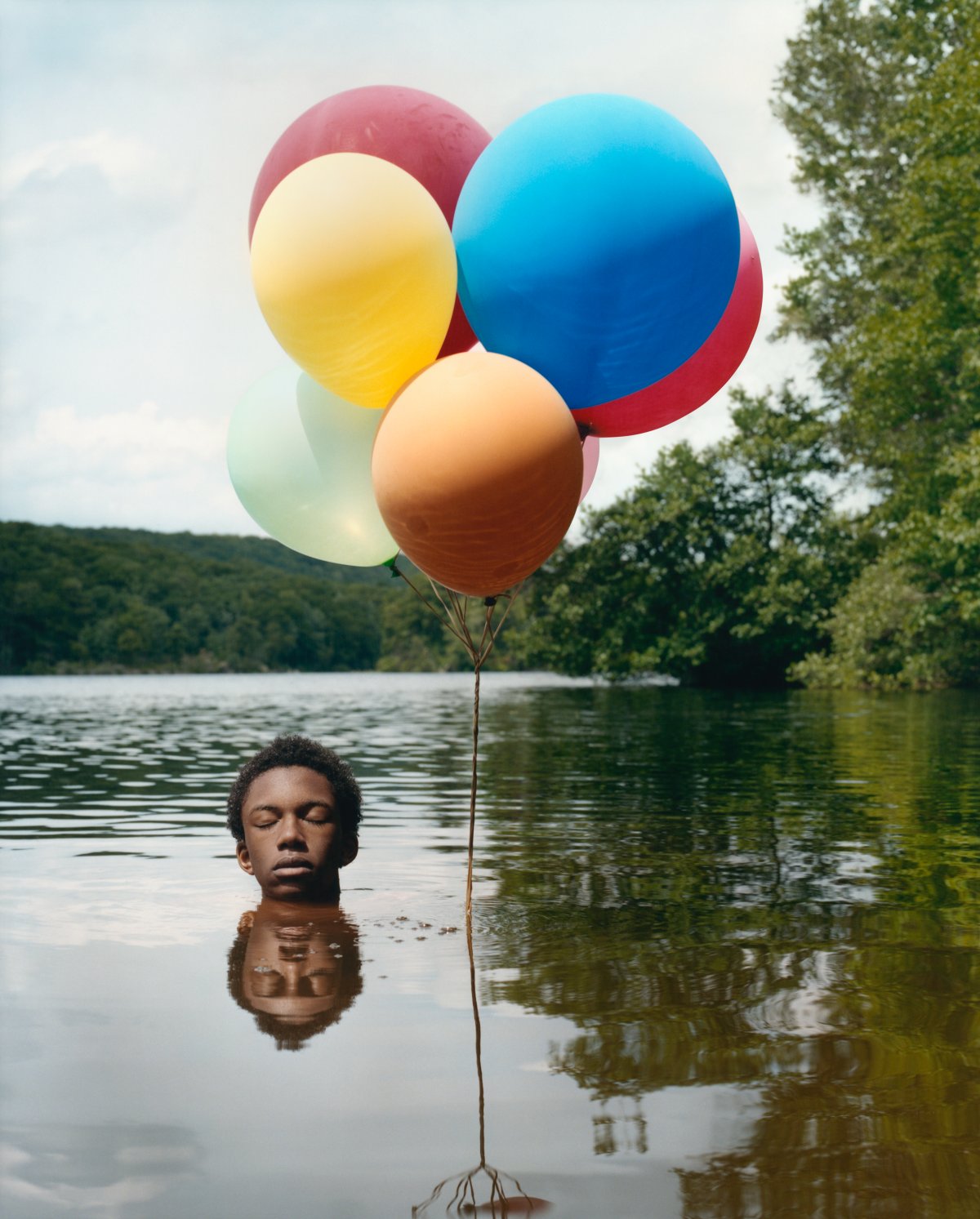 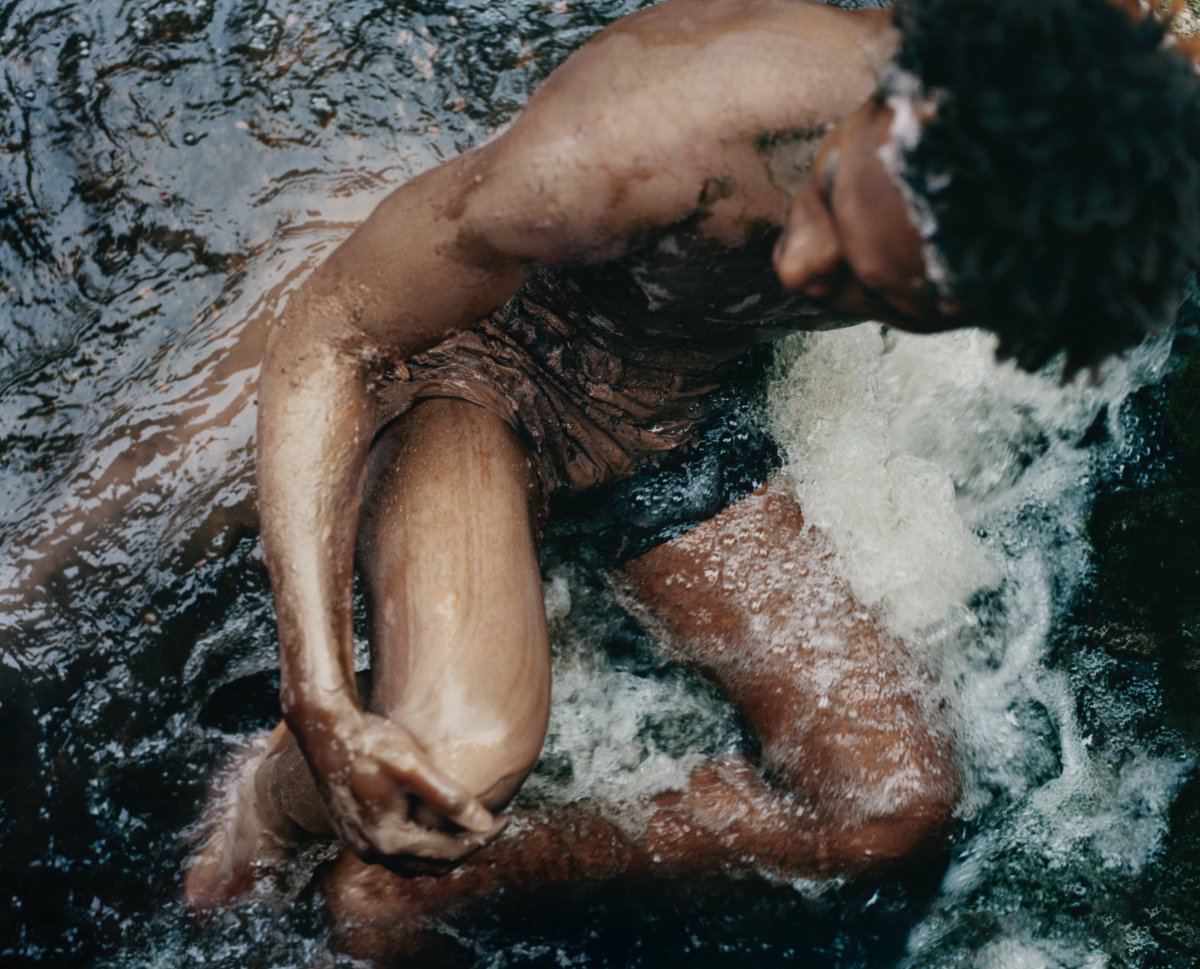 Tyler Mitchell
Protection from the Elements, 2022 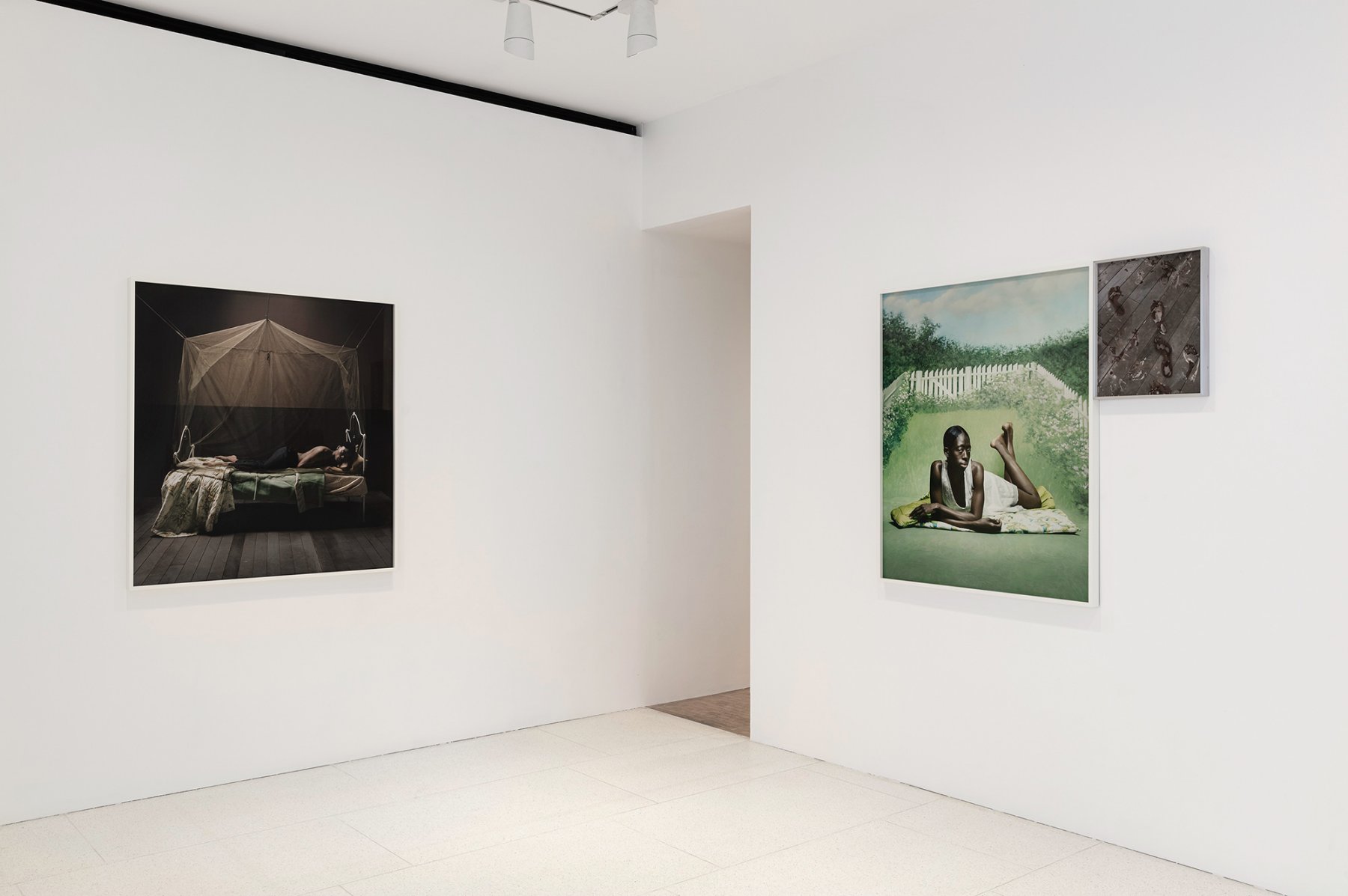 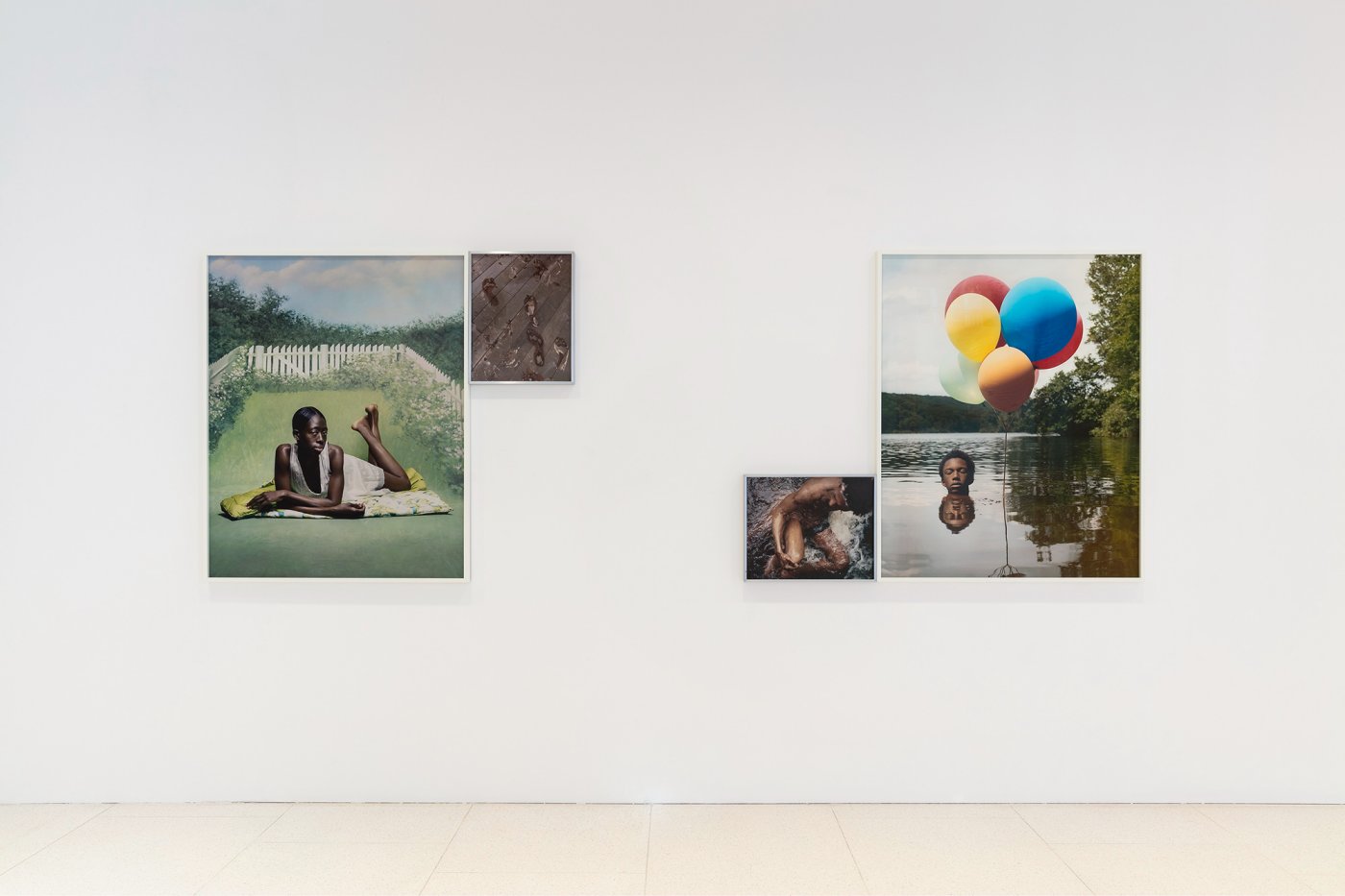 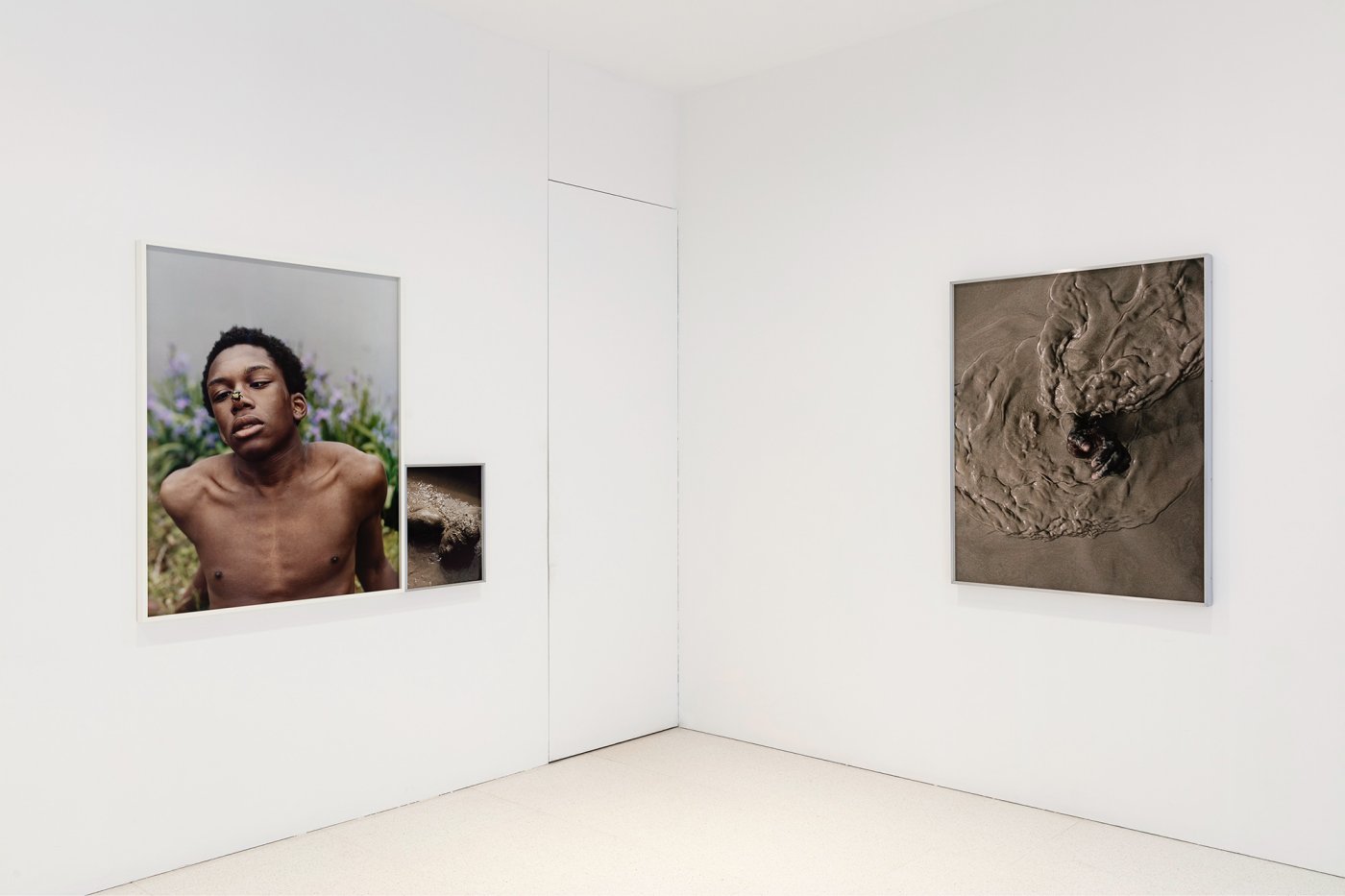 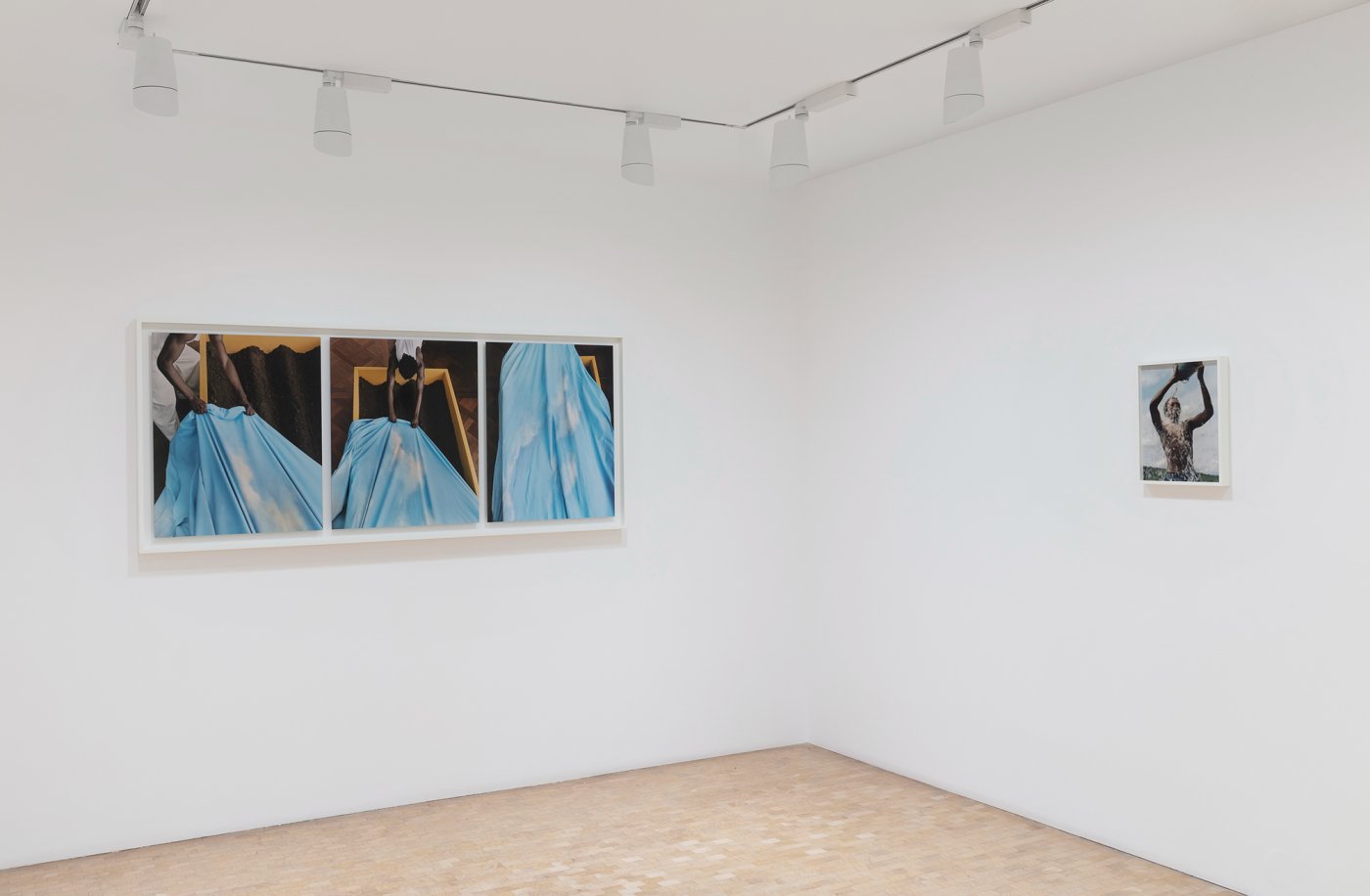 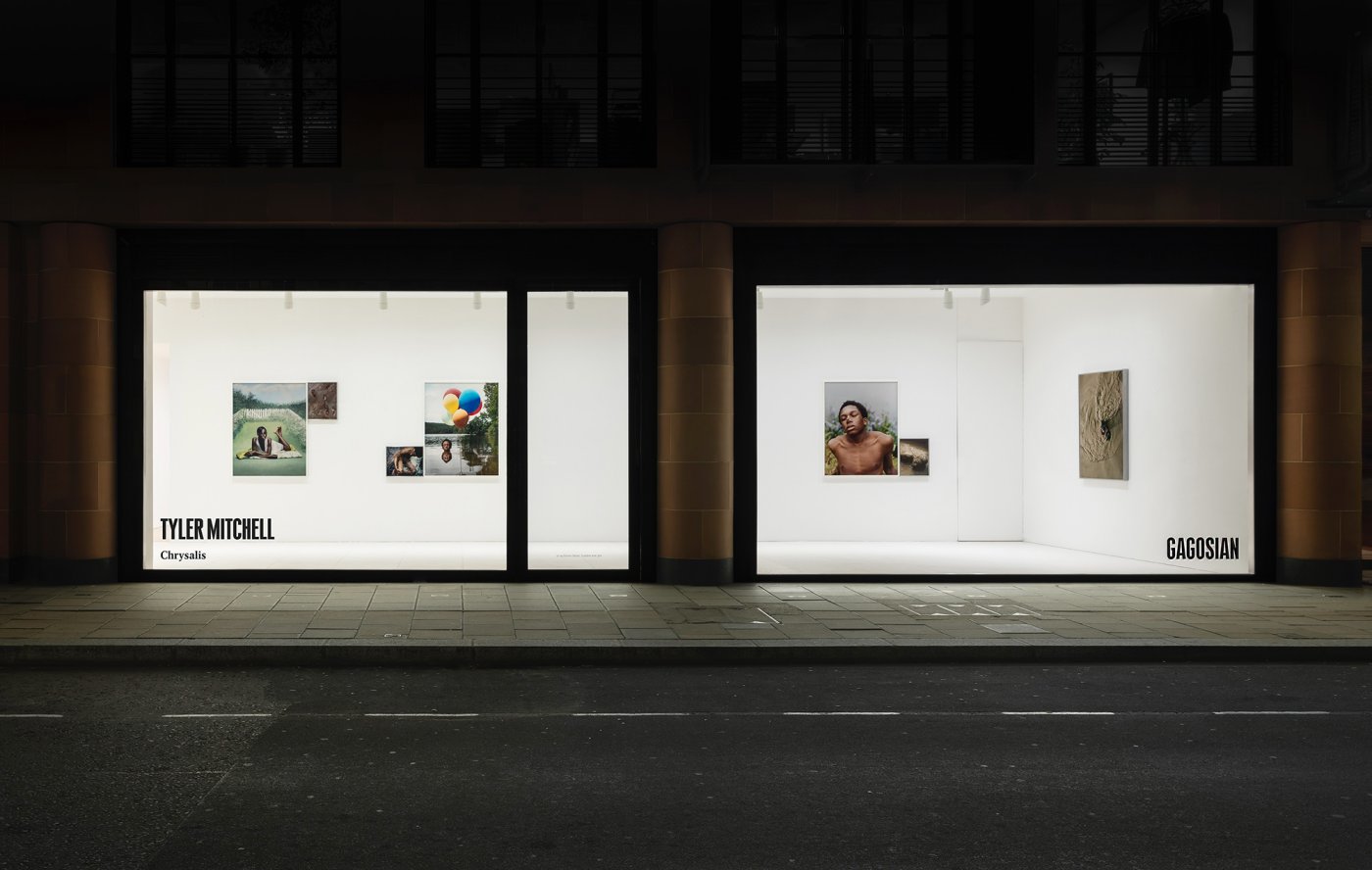 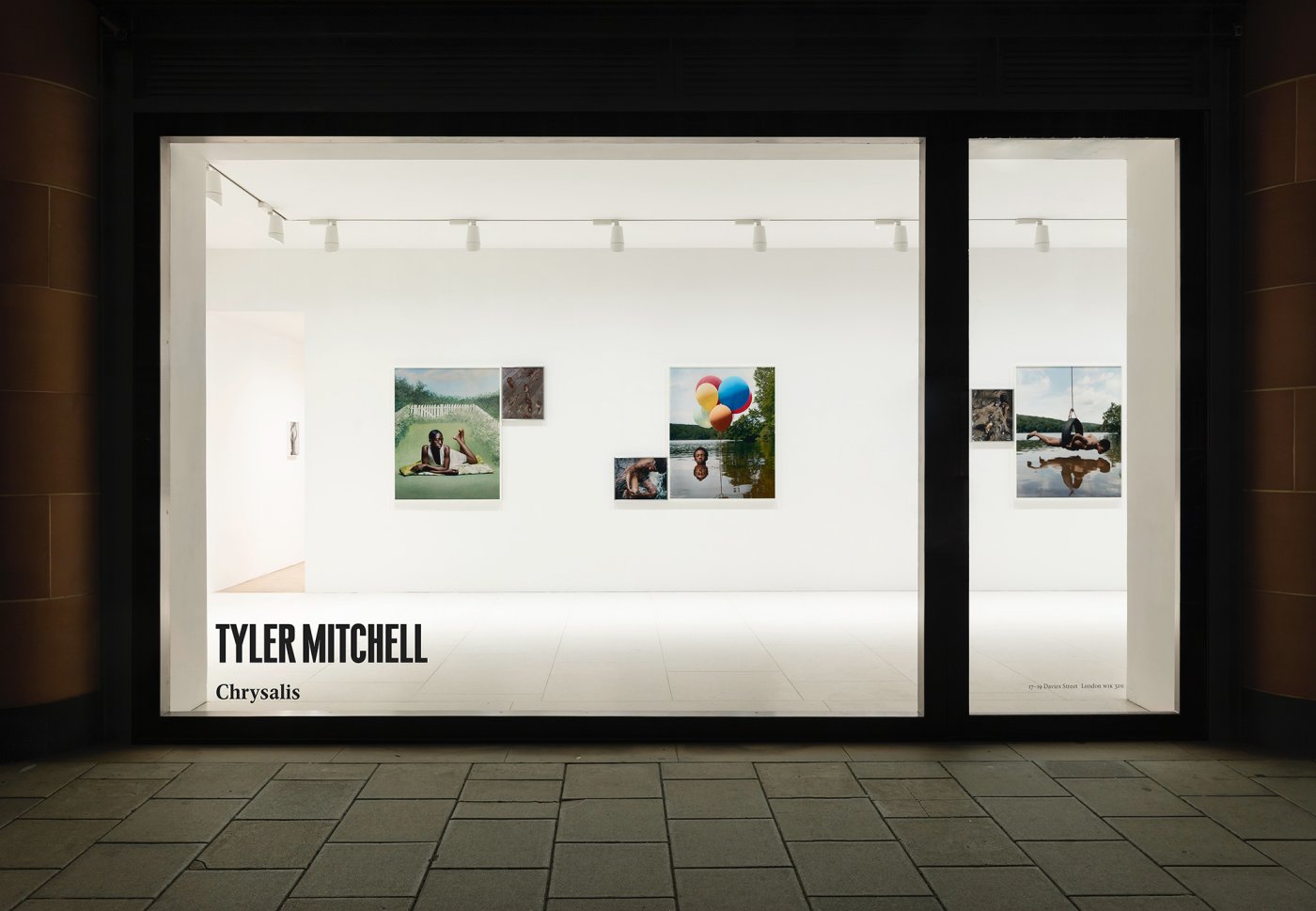 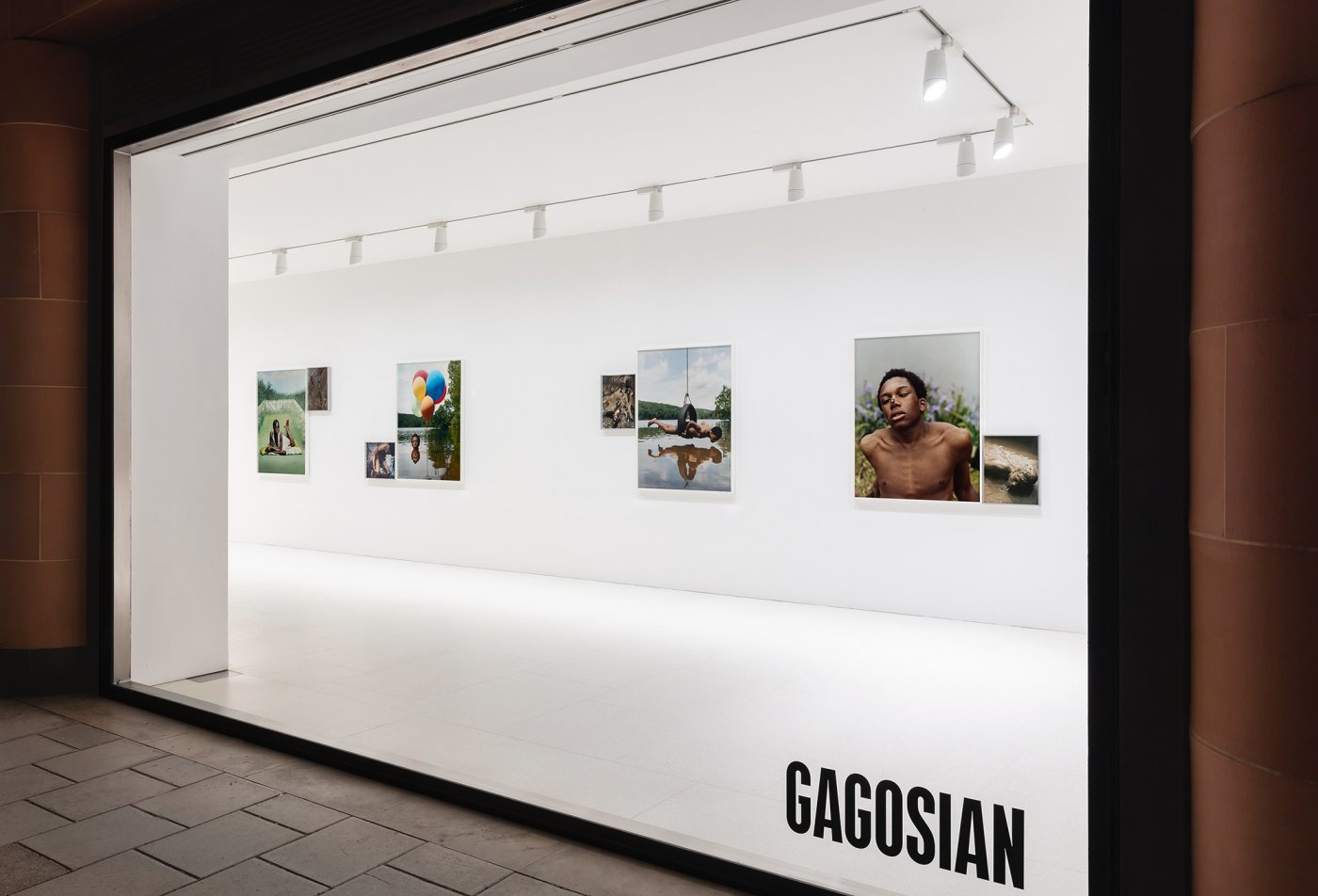 Mitchell’s photographs and videos propose a utopian vision of Black beauty, desire, and belonging. For Chrysalis, he has produced photographs of youthful subjects in nature. Shot on location in upstate New York and in studios in New York and London in 2022, the images allude to the contemporary landscape while reflecting on the history of photographic images of Black people, particularly in the American South. Playfully theatrical and surreal, the works focus on Black figures and the landscapes they inhabit, incorporating visual signifiers of spirituality, transformation, and aspiration.

Chrysalis presents images of Black men and women in idyllic states of leisure and repose, safe and unencumbered by social expectations. In a photograph that shares its title with the exhibition, a young man sleeps on a blanket-covered bed, within the protective cocoon of a mosquito net. A Glint of Possibility represents a figure on a tire swing suspended above the surface of a lake, frozen in perfect equilibrium. Treading shows a boy’s head emerging from the same lake as a large bunch of balloons floats in the image’s center.

Mitchell uses land, water, and sky in both natural and artificial forms as symbols of possibilities and transformation. Cage depicts a woman posing before a painted backdrop of a garden surrounded by a white picket fence—a pictorial symbol of the artificial containment of nature. In the triptych Protect from all Elements, we see a figure actively creating his own universe by pulling a painted sky backdrop over a coffin-like structure holding tilled earth.

Juxtaposed with these images of subjects in harmony with nature are smaller photographs in which men are represented wading, swimming, and struggling in muddy water. From the mud-covered figure in The Heart to the cleansing currents of Distillation and muddy footprints of Tenderly, these works picture individuals affected by clashing elemental forces. As such, they assert the need to remain vigilant and resilient in the face of historical prejudice and unfulfilled commitments.

Mitchell’s work is featured in The New Black Vanguard, an exhibition curated by Antwaun Sargent that will open at Saatchi Gallery, London, on October 28, 2022.