The solo exhibition “Turi Simeti” at Walter Storms Galerie shows recent works of the Milanese artist. Since his participation in 1965 in the exhibition “ZERO Avantgarde” in the studio of Lucio Fontana in Milan, Turi Simeti (*1929-2021) has been internationally recognized for his monochrome reliefs with oval structures. 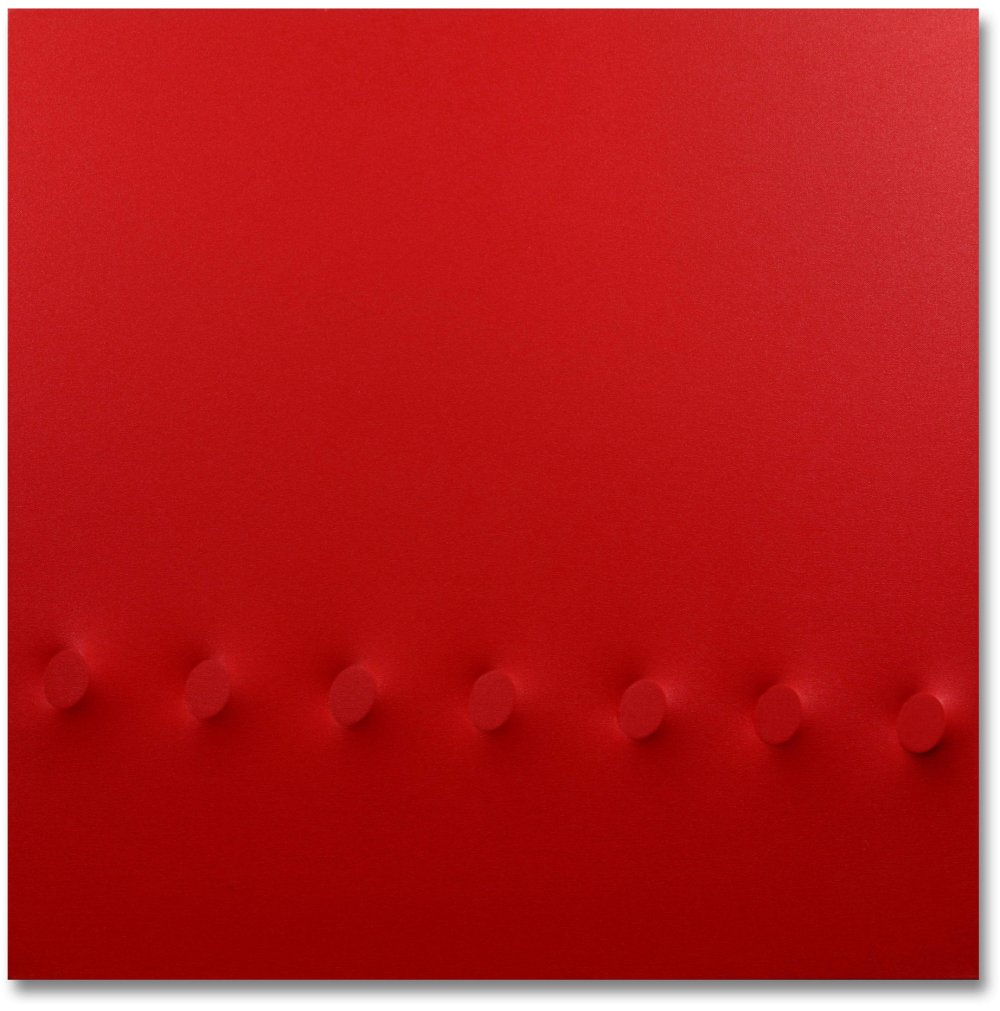 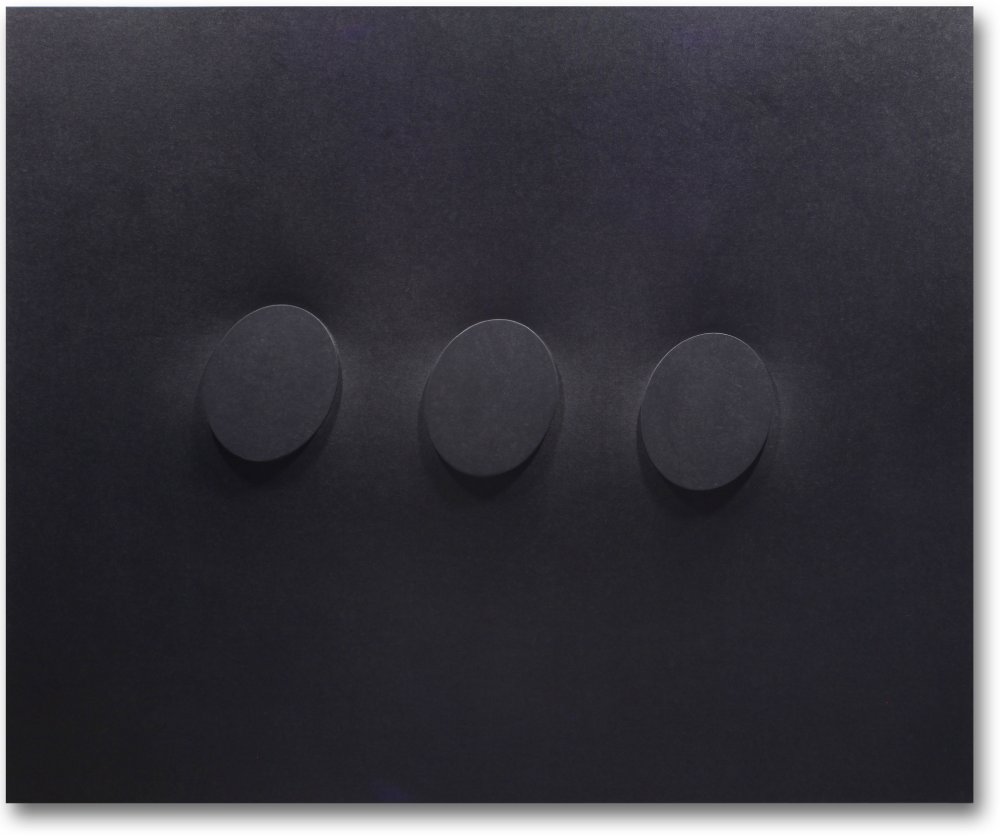 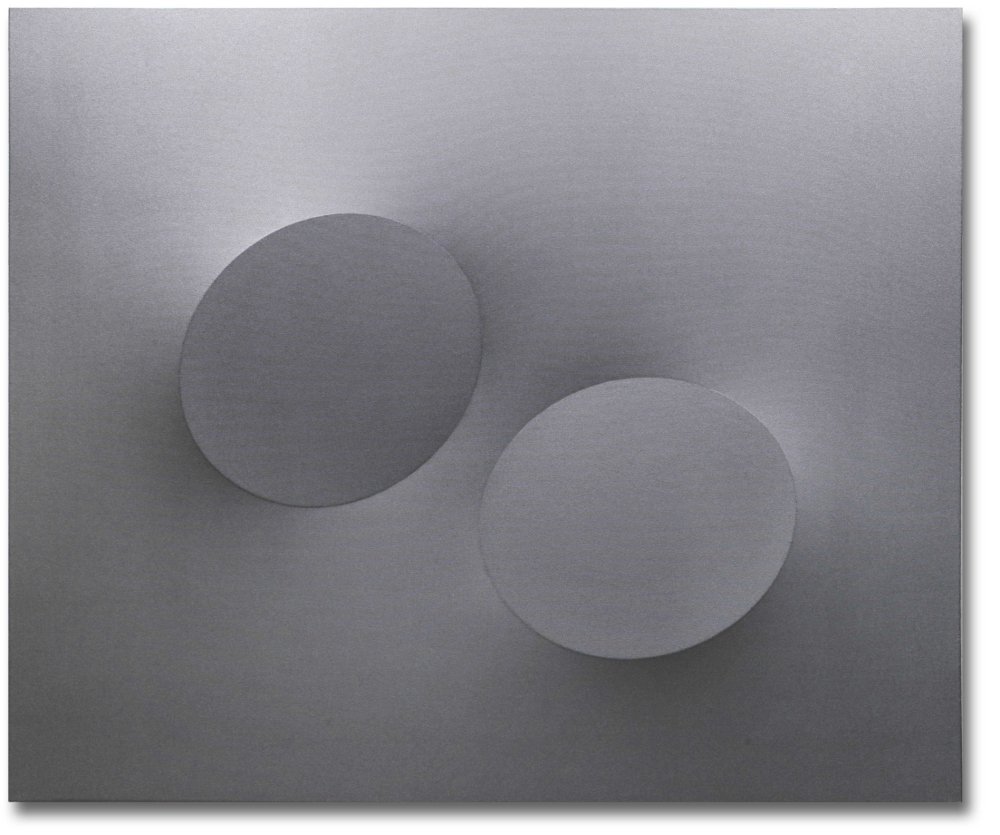 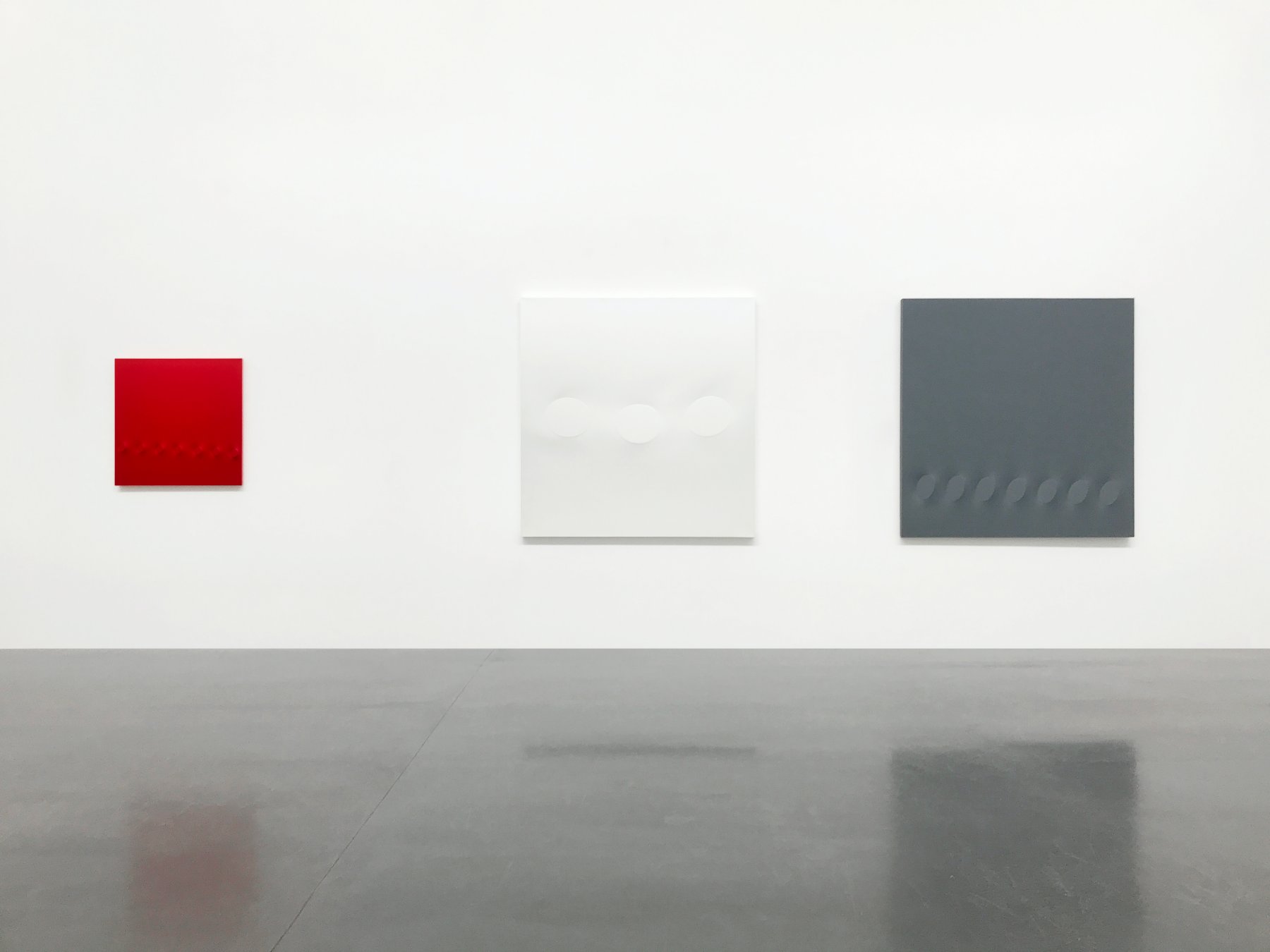 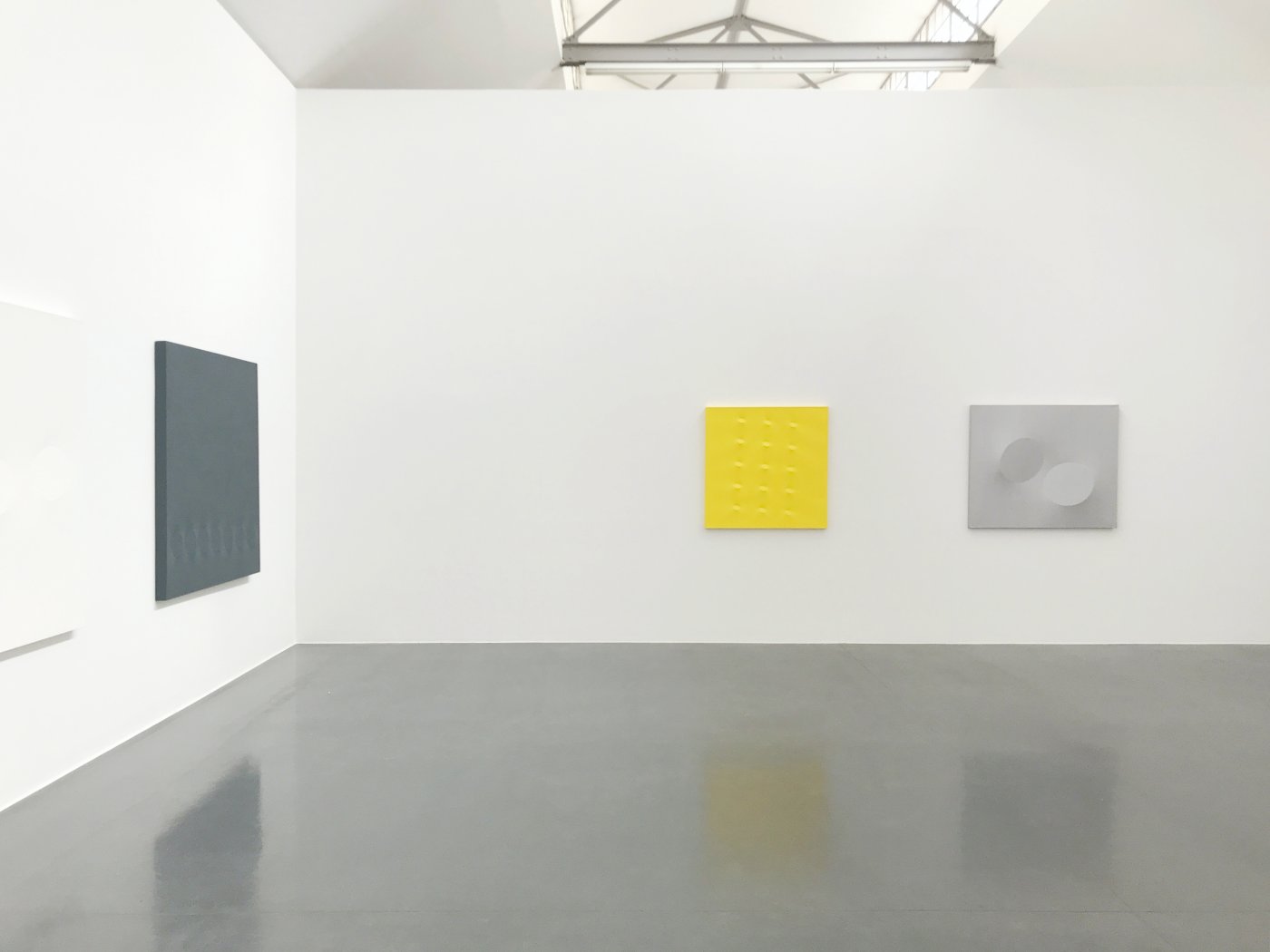 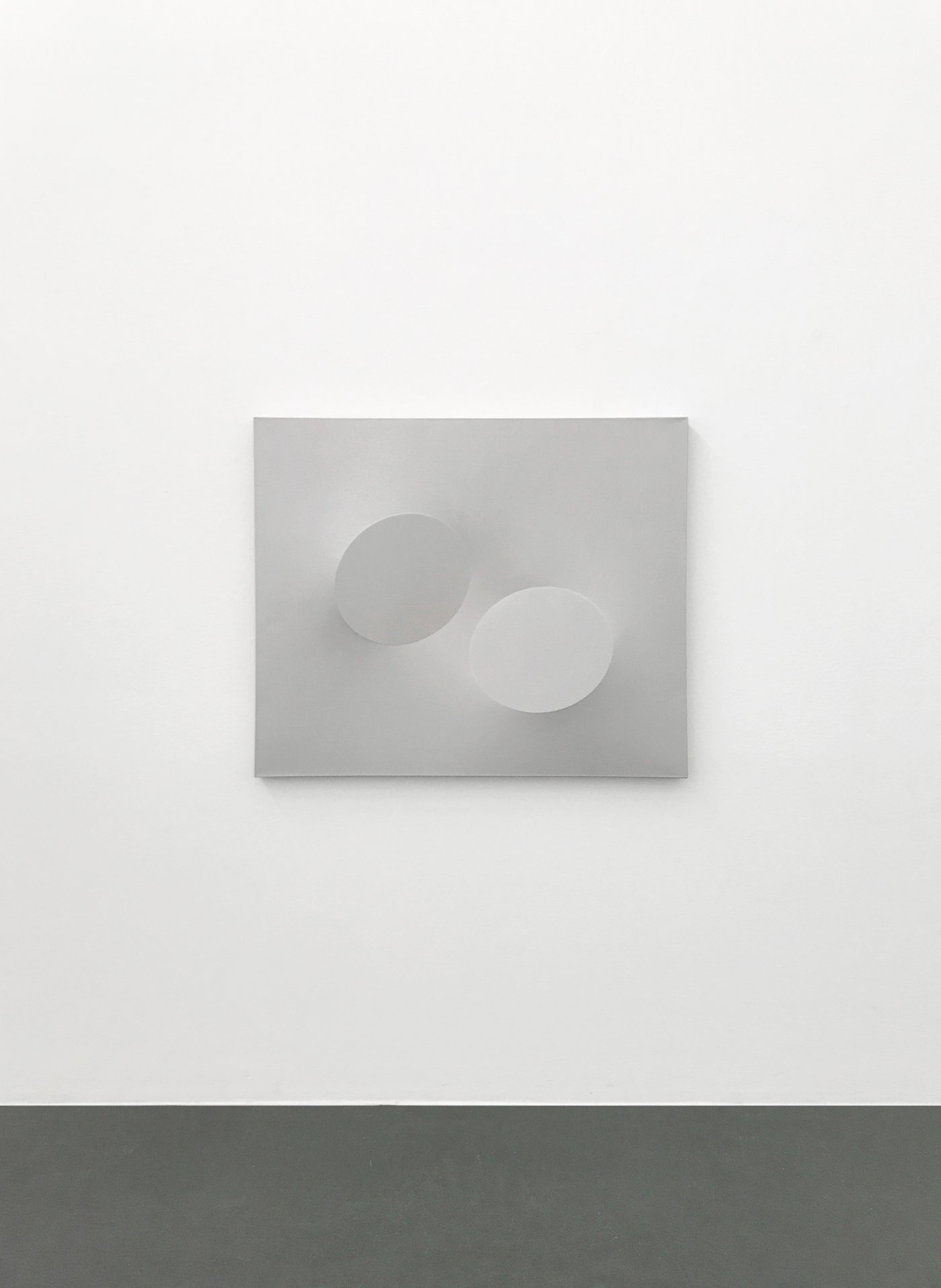 We honor Turi Simeti who unexpectedly passed away, with a composition of selected works by artist friends. Therefore, we present in parallel the group exhibition “Turi Simeti in the Context of the European Concrete Art Movement of the 60s/ 80s” with works by Dadamaino, Ulrich Erben, Rupprecht Geiger, Stanislav Kolíbal, François Morellet, Roman Opalka, Giuseppe Spagnulo and Günther Uecker.

Born in Alcamo, Sicily, in 1929, Turi Simeti discovered his passion for art at an early age. At the age of 29, he therefore moved to Rome in 1958. There he quickly finds access to the studios of important artists, including Aberto Burri, one of the defining artists of the 20th century. He spends a lot of time in Burri’s studio, whose informal material paintings will have a great influence on his later work. But Simeti wants to go his own way and experiments with a wide variety of materials. Among other things, he burns the corners of rectangular cardboard boxes with a candle, and the disappearance of the corners and edges creates an oval shape. A pictorial motif that will define his artistic work for a lifetime.

Long stays in London, Paris and Basel followed, where Turi Simeti met numerous representatives of the contemporary avant-garde. Inspired by his travels and the desire to free his art from the traditional and previously established codes, Simeti decides in the early 60s to use the monochrome and the relief as pictorial elements. The ellipse becomes his trademark and code of his artistic work. The relief-like elevations achieve a unique, three-dimensional effect thanks to their interplay of light and shadow. This impression is reinforced by the monochrome color scheme white, blue, red, green, black or yellow. He gives his paintings names like “un ovale nero” or “due ovali bianchi”, depending on how many of these mysterious elevations are hidden under the canvas and which shade he chooses.

In 1965 Simeti moves to Milan, where he soon finds contact with the environment of the active art scene around Lucio Fontana and Piero Manzoni. As part of this new generation, he participates with Agostino Bonalumi, Enrico Castellani, Dadamaino and other pioneers from Europe and the founders of the movement Heinz Mack, Otto Piene and Günther Uecker in the legendary exhibition “ZERO Avantgarde” in the studio of Lucio Fontana. In the same year, his first solo exhibition takes place at the Wulfengasse Gallery in Klagenfurt.

From 1966 to 1969 Fairleigh Dickinson University in New Jersey invites him as an artist in residence and Simeti spends a lot of time in New York, where he opens his own studio. With the beginning of the 70s Turi Simeti exhibits his works throughout Europe, before going to Rio de Janeiro to work in the 80s and also exhibiting there several times.

After years abroad, Simeti returned to Milan in 1989 with a solo exhibition at the Vismara Gallery. A year later, the Milan gallery Millenium presents the exhibition “Bonalumi – Castellani – Simeti”, paying tribute to the three most important Italian representatives of the ZERO movement. In the 90s, his works are characterized by a multiplication and scattering of oval elements on the surface and a more intense and varied color scheme.

To date, Turi Simeti’s work has been recognized internationally in numerous solo and group exhibitions and retrospectives. Turi Simeti passed away unexpectedly in Milan on March 16, 2021.