Tuan Andrew Nguyen: A Lotus in a Sea of Fire

Tuan Andrew Nguyen: A Lotus in a Sea of Fire


James Cohan presents A Lotus in a Sea of Fire, an exhibition of new work by Tuan Andrew Nguyen. This is the artist’s first solo exhibition with James Cohan. 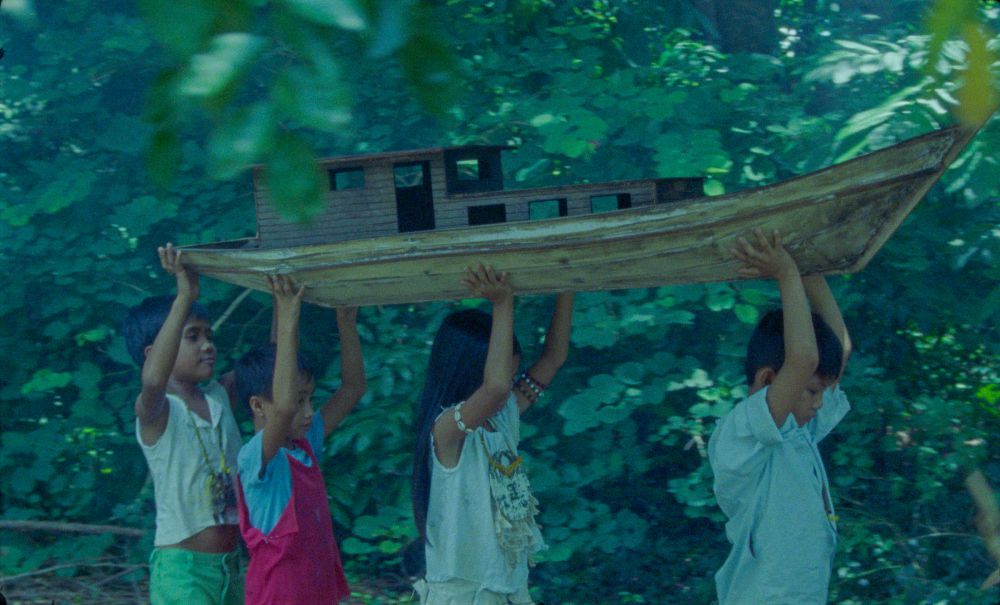 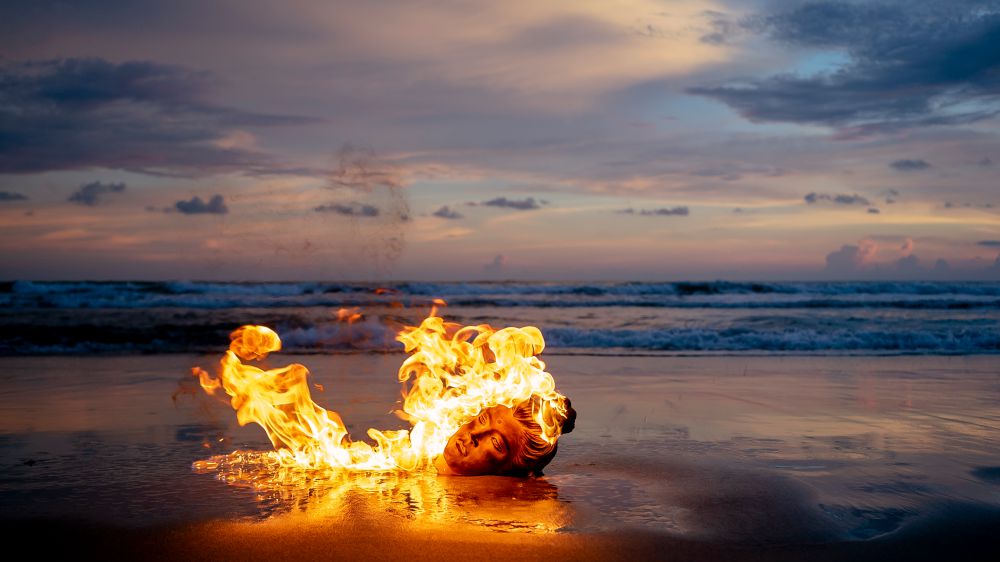 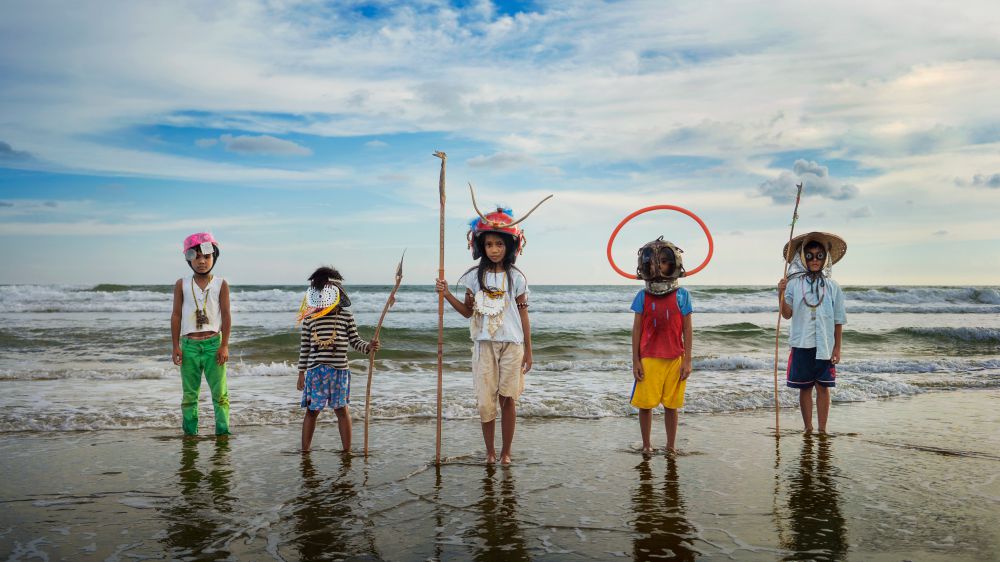 Tuan Andrew Nguyen
The Arrival of The Boat People, 2020 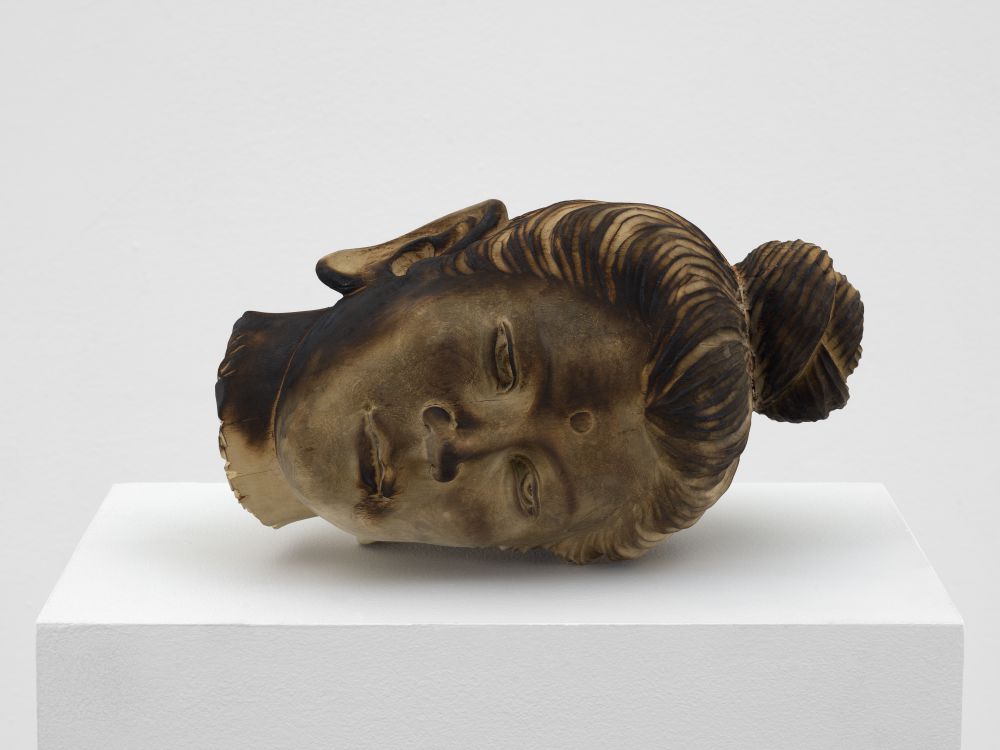 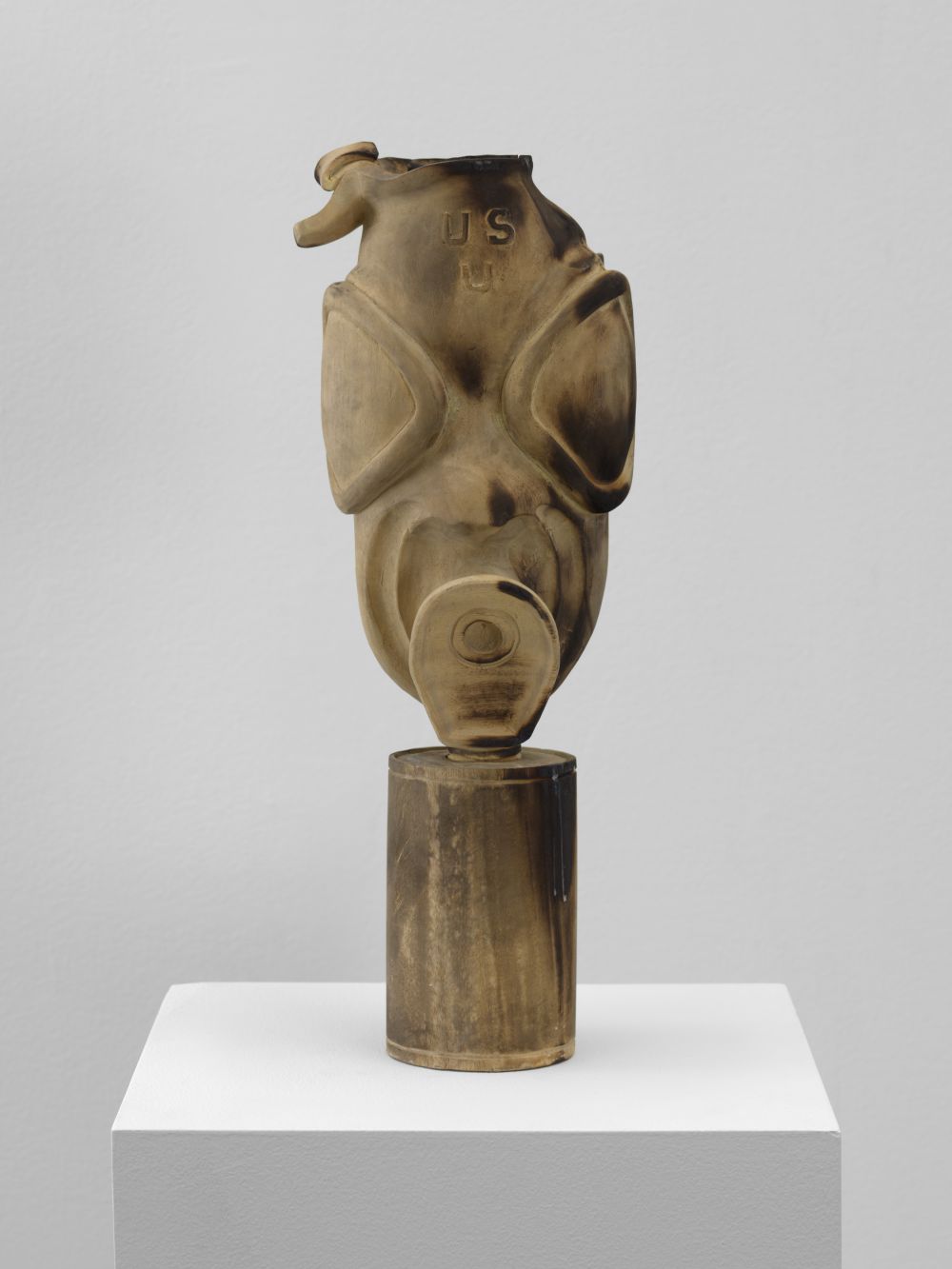 Tuan Andrew Nguyen
The Fire Outside, 2019 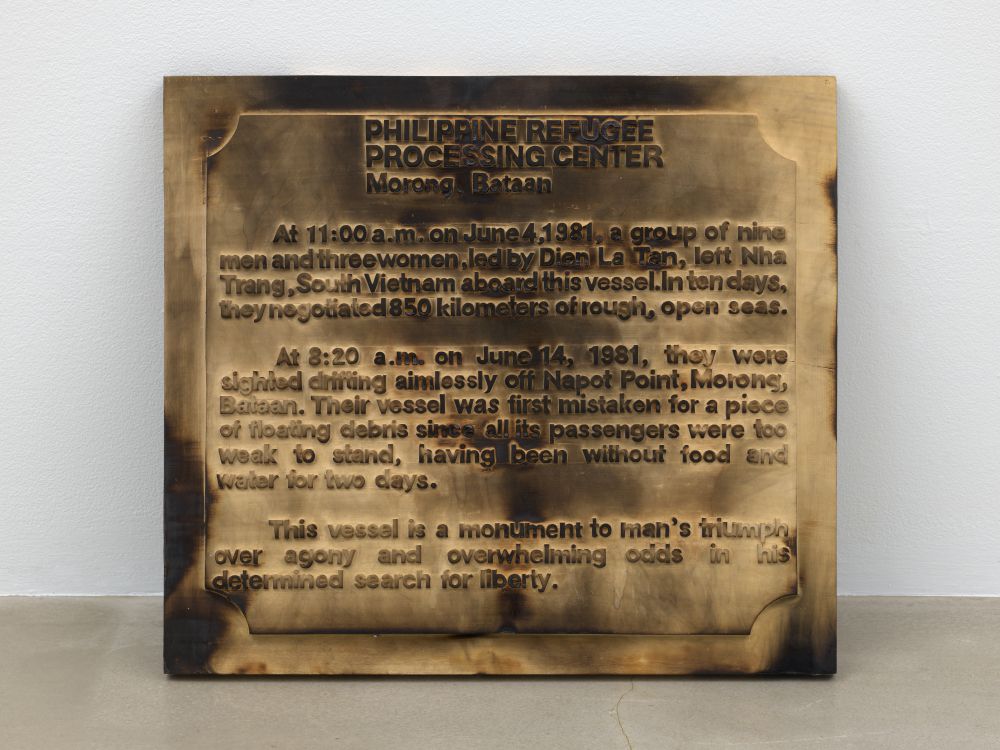 Tuan Andrew Nguyen
Memorial To A Piece Of Floating Debris, 2019 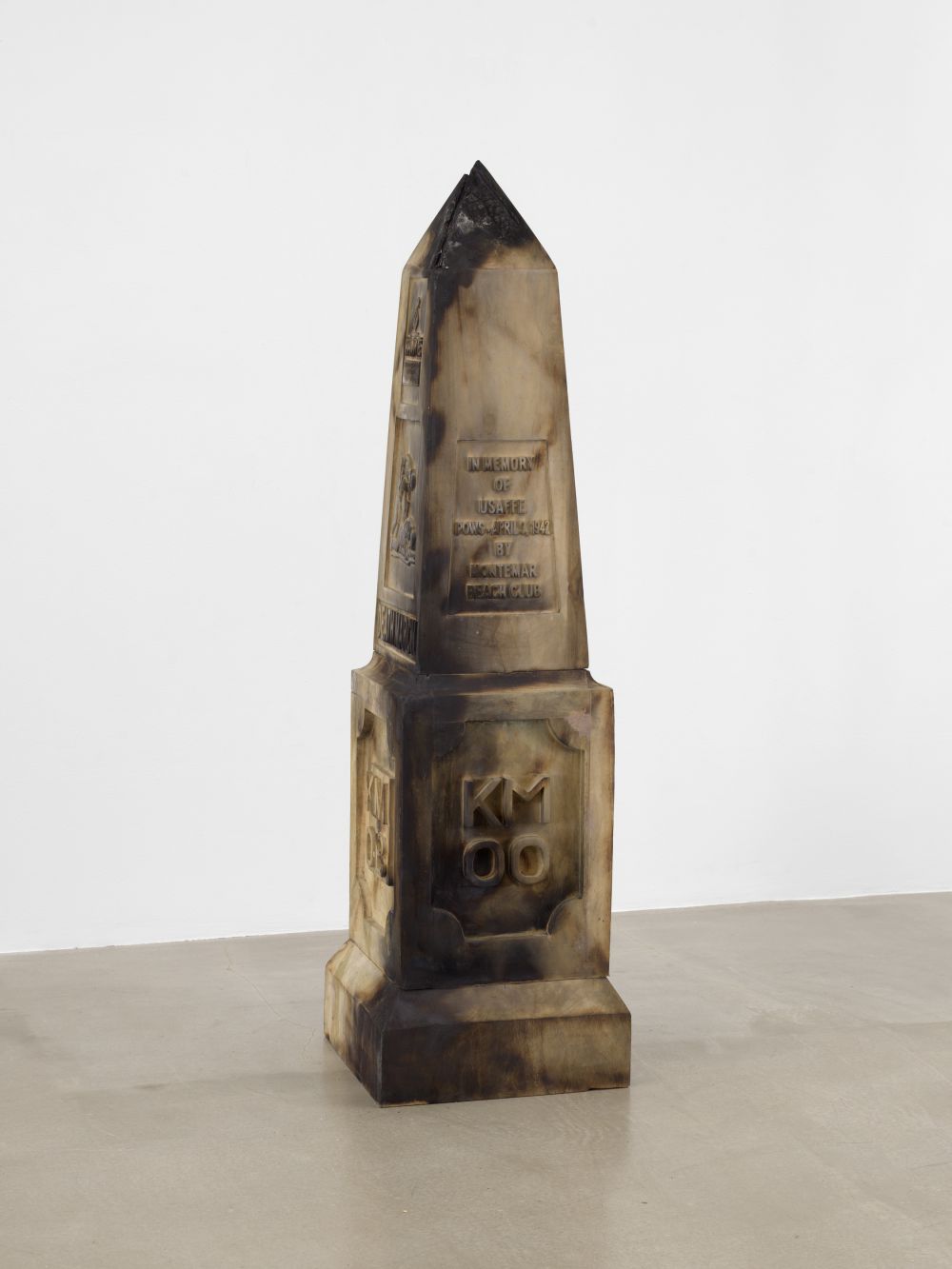 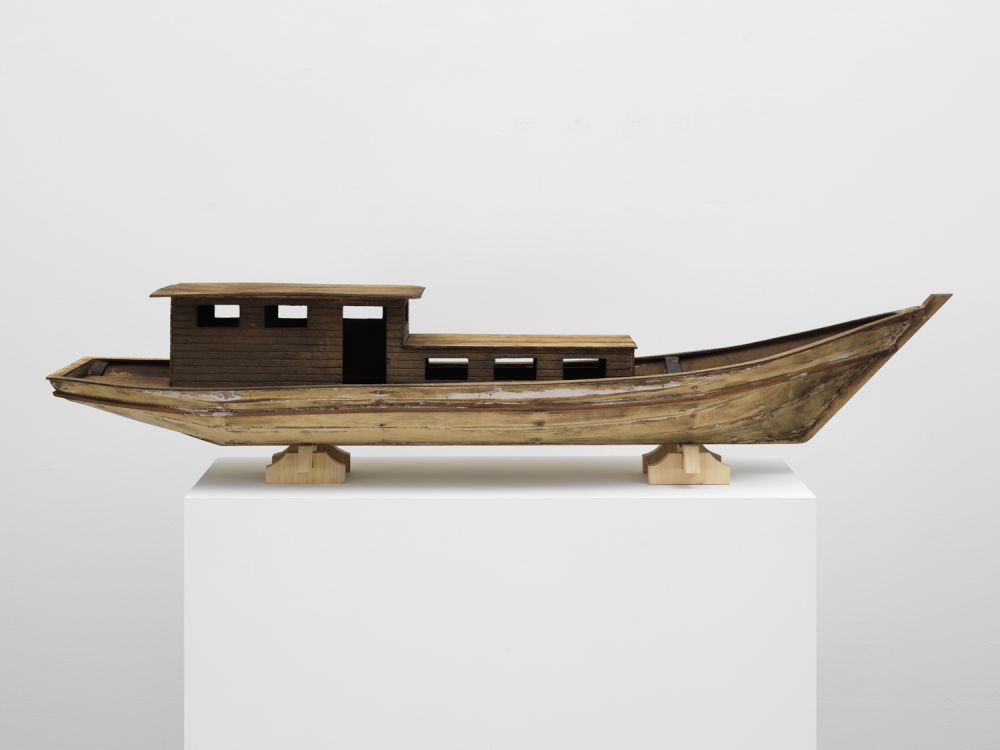 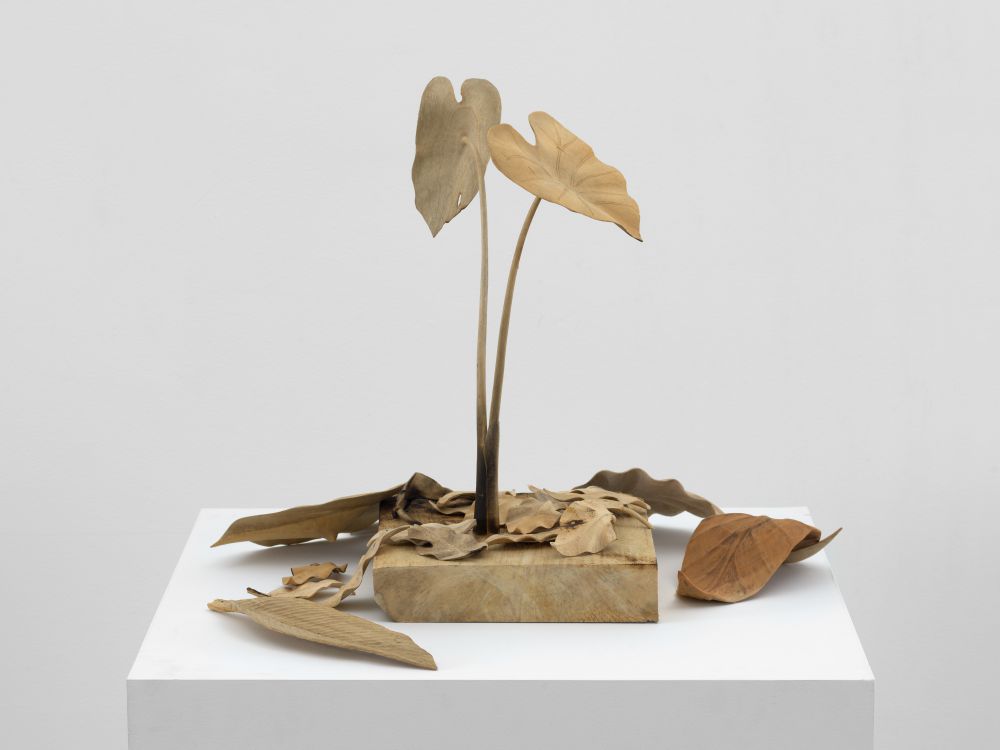 Tuan Andrew Nguyen
Not The Smell of Napalm, 2019 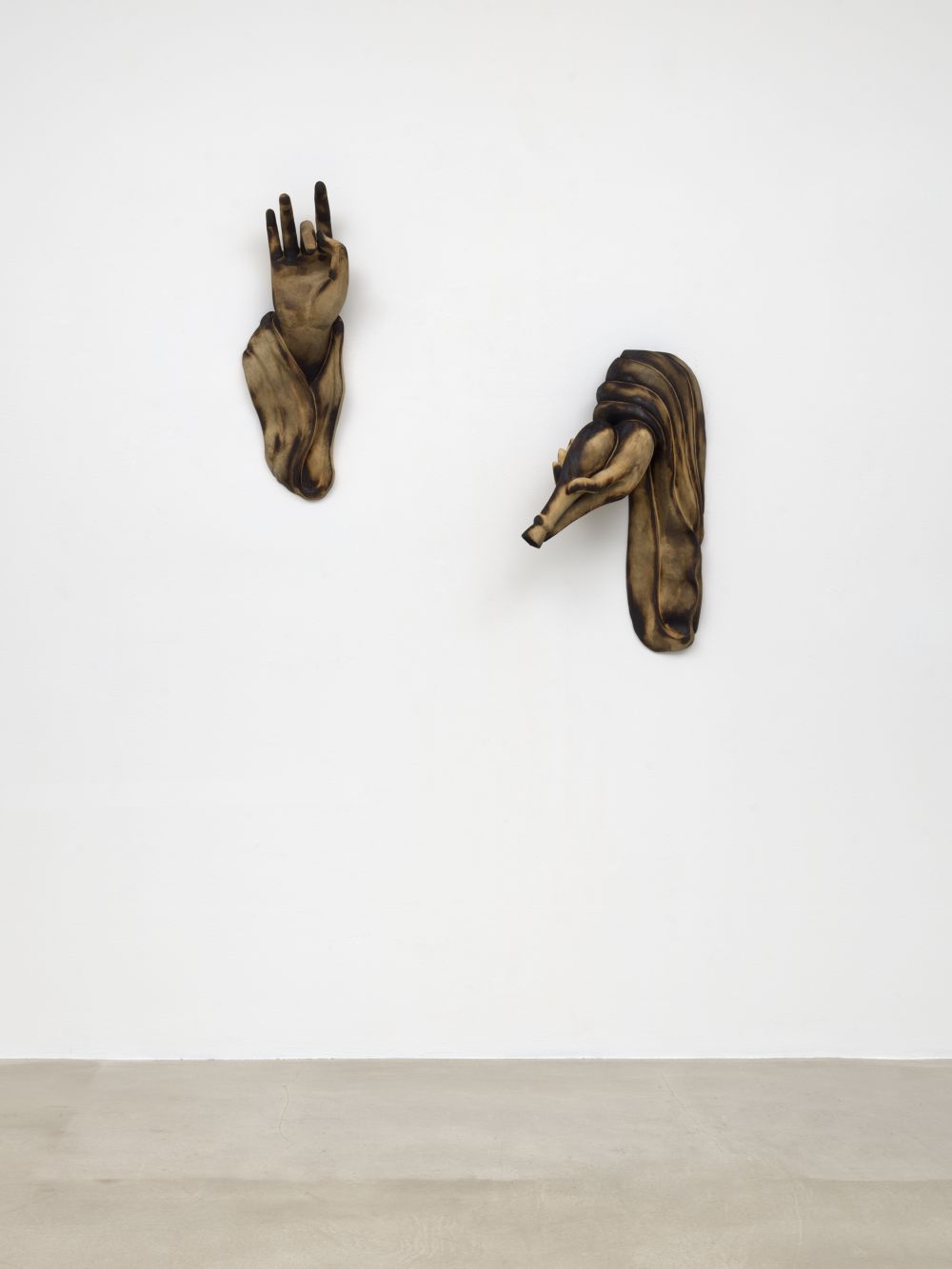 Tuan Andrew Nguyen
The Offering Of A Sentient Cry, 2019 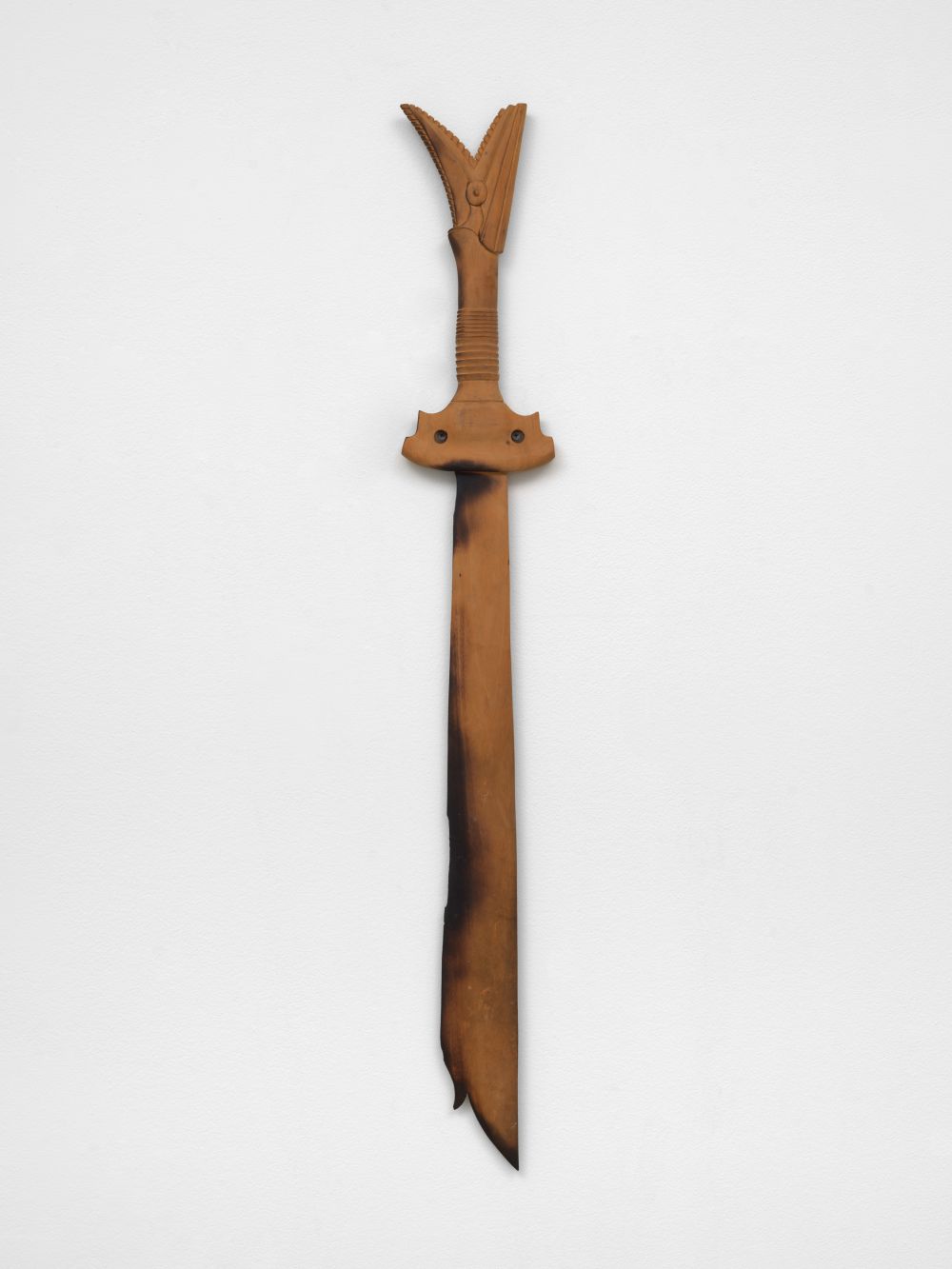 Tuan Andrew Nguyen
Not The Sword That Killed Magellan, 2019 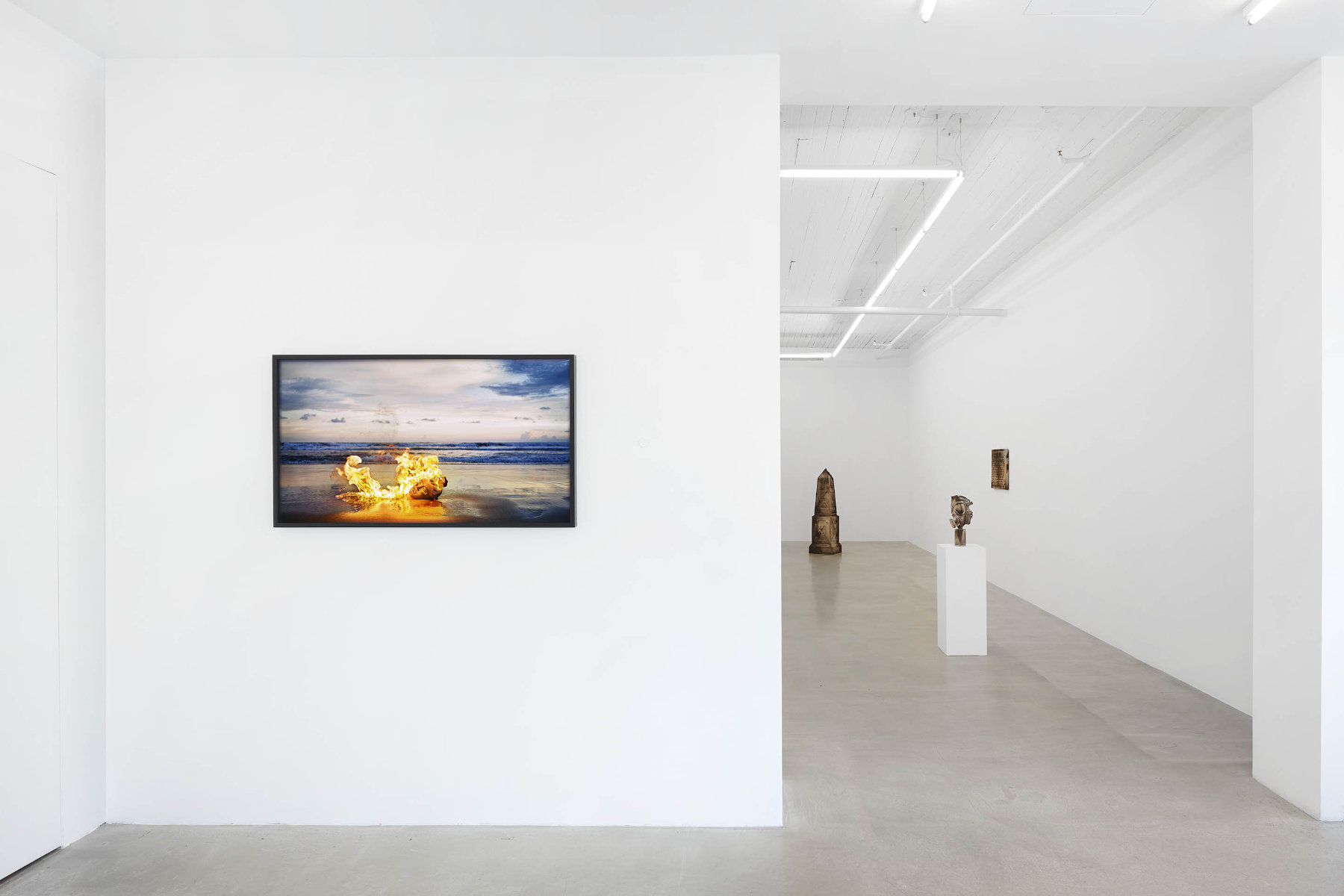 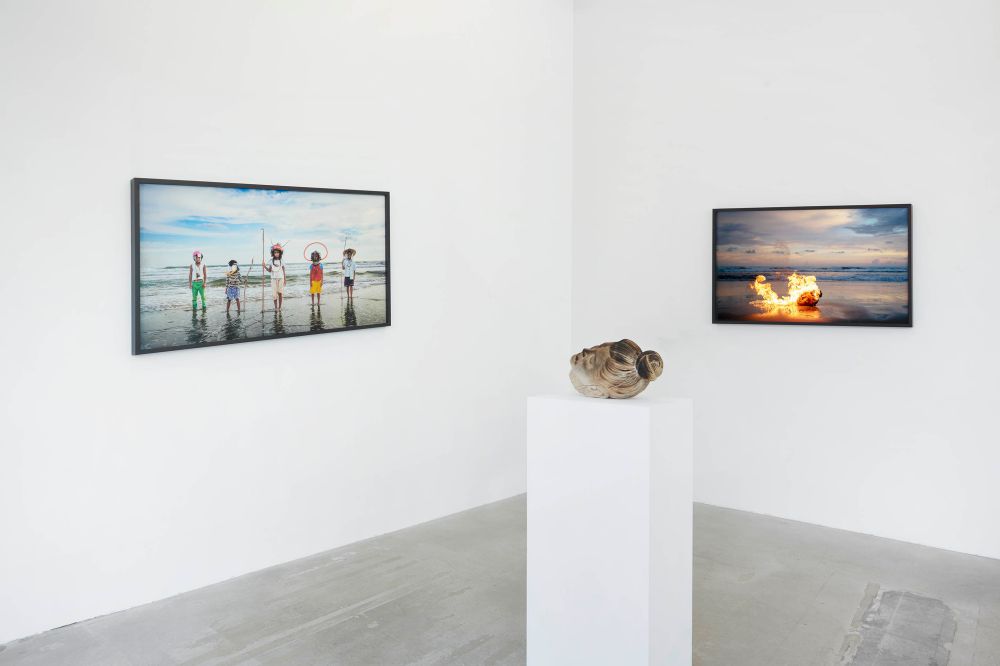 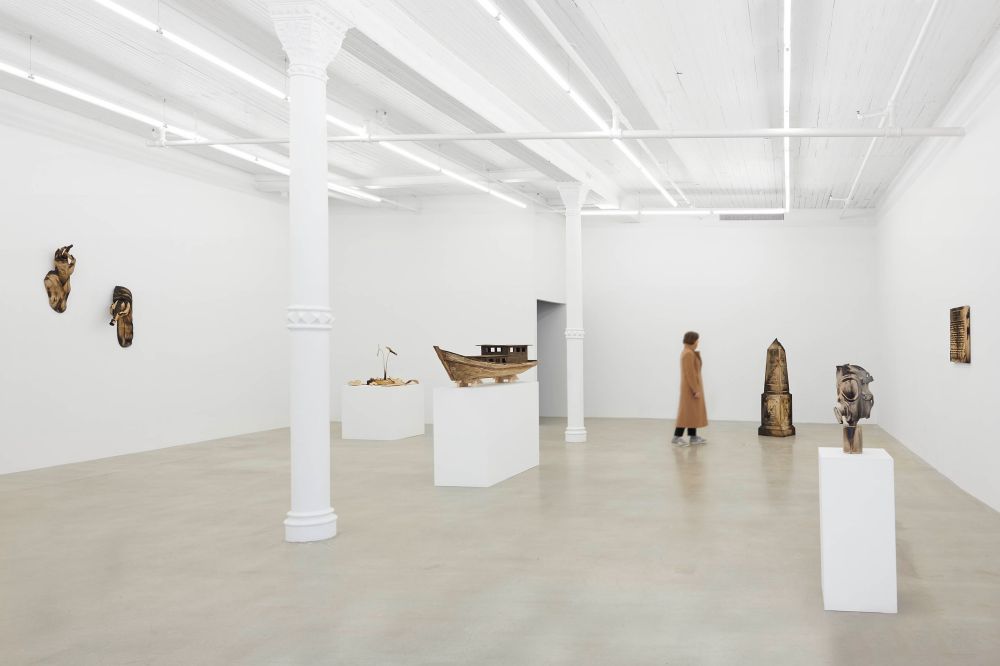 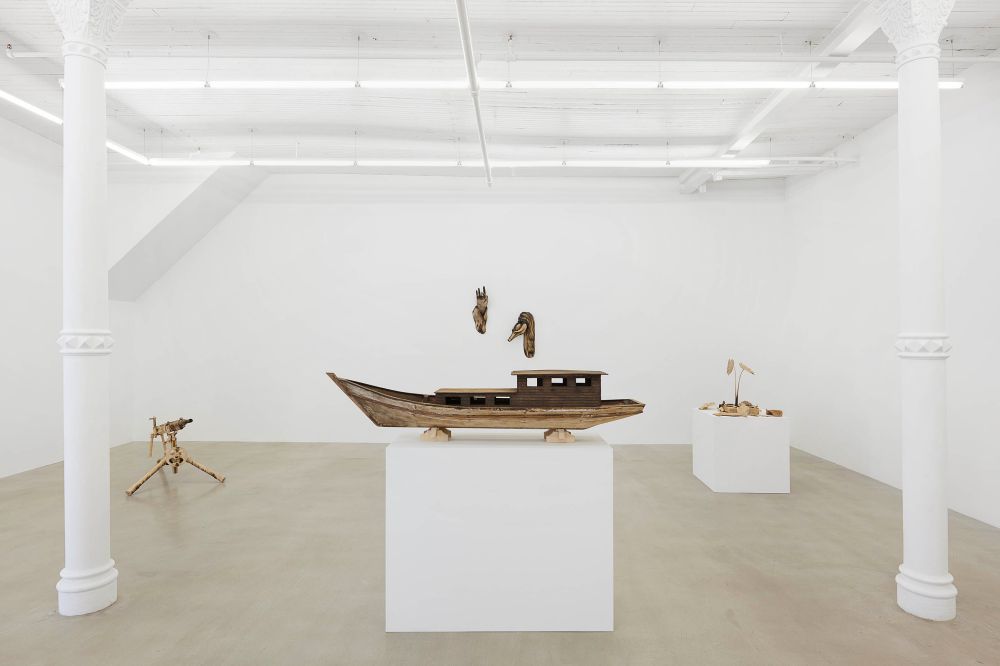 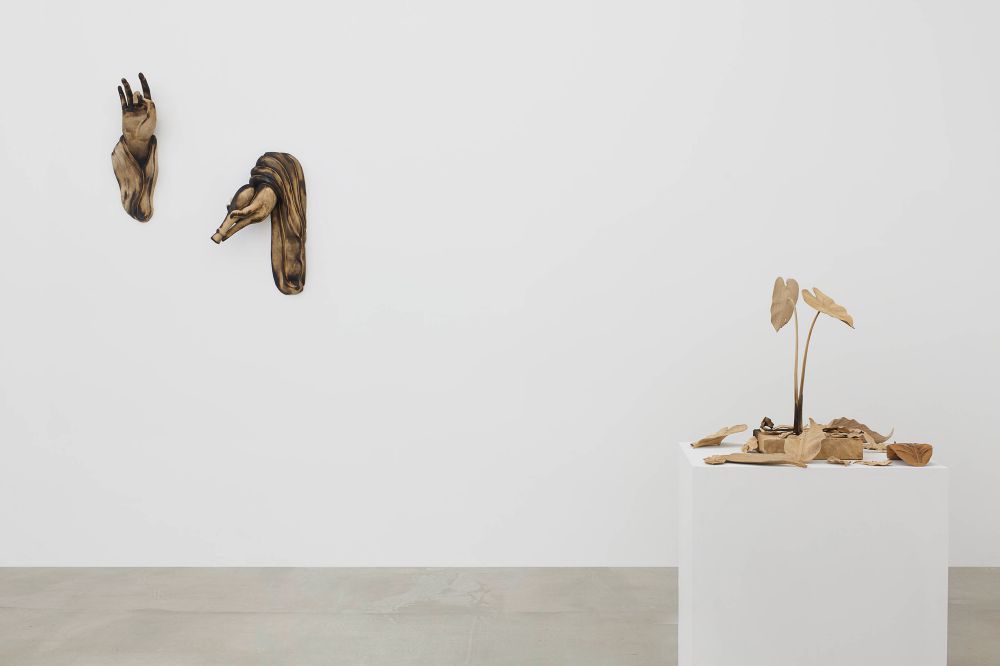 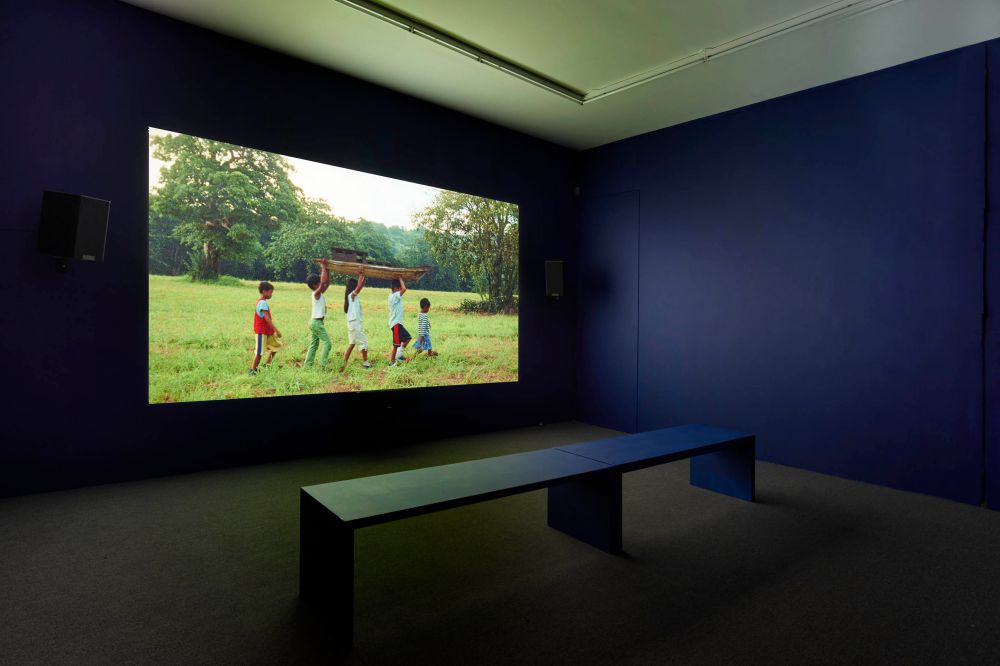 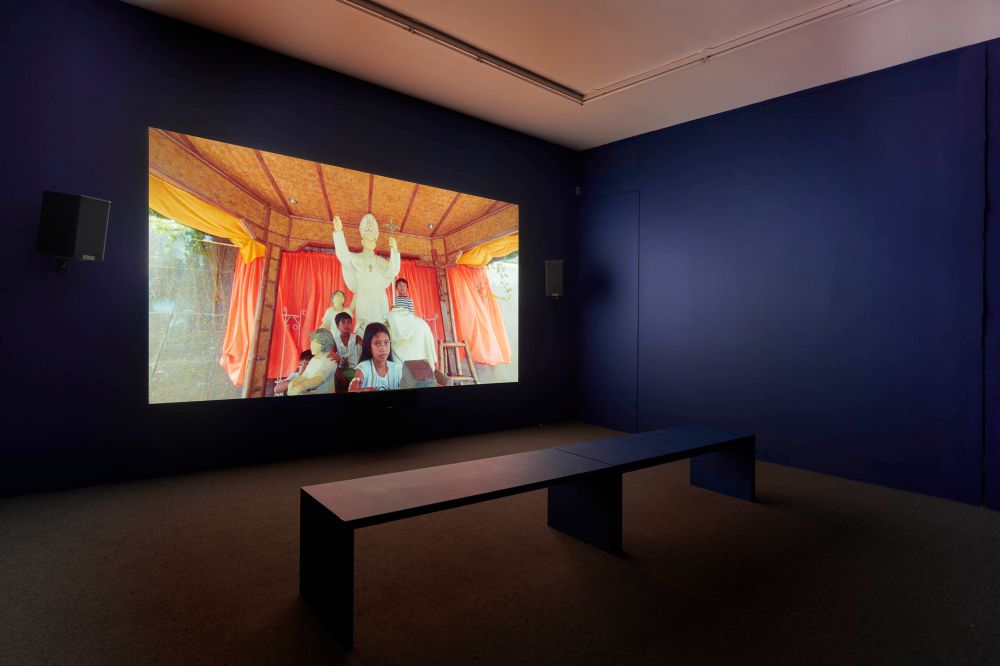 Tuan Andrew Nguyen’s work explores the power of storytelling through video and sculpture. His projects are based on extensive research and community engagement, tapping into inherited histories and counter-memory. Nguyen extracts and re-works dominant, oftentimes colonial histories and supernaturalisms into imaginative vignettes. Fact and fiction are interwoven in poetic narratives that span time and place.

The centerpiece of the exhibition is The Boat People, a single channel video installation displayed alongside hand-carved wooden sculptural objects. Set in an unspecified post-apocalyptic future at the precarious edge of humanity’s possible extinction, the film follows a band of children led by a strong-willed and resourceful little girl. Calling themselves The Boat People, they travel the seas and collect the stories of a world they never knew through objects that survived over time. The group replicates the objects they discover in wood as a way to piece together a history they are trying to understand. They then burn the carvings and scatter the ashes in the ocean to set the objects free. The little girl, who we discover is the last woman on earth, comes face to face with a mysterious statue head buried in the sand on the beach. They engage in a dialogue that explores concepts of a future and a past world through an existential lens. This dialogue, both literally and figuratively, brings the dead object to life again.

The video centers itself around a series of objects found in and around Bataan, Philippines and anchors itself to the multiple layers of history in wars, migration, and perseverance contained in the land itself. Several of the beautifully hand-carved and charred wooden replicas that populate the video are displayed in the gallery. Ritual burning has a long and complex history throughout Southeast Asia, both in the Philippines and in Vietnam, where today people burn paper currency and votive replicas of contemporary luxury items— houses, cars, smartphones folded from paper—as an offering of good fortune to their dead. In The Boat People, fire is used as a metaphor for remembrance, creating a porosity between the realms of the living and the dead. It acts as both an agent of destructive change and of transformative liberation.

Nguyen is interested in objects that have survived through time: objects that humanity has created, and in turn inherited. His work parses both the stories objects contain and our memories of the objects themselves. In The Boat People, the children discover and engage with artifacts from a refugee crisis, a world war and its attendant atrocities, and some of the earliest human migrations. They encounter Japanese machine guns, American-made gas-masks, a memorial to a World War II massacre, refugee boats, the hands and head of a Quan Yin, the female buddha of compassion, and a kampilan, a traditional Filipino blade that resembles the famous sword the hero Lapu Lapu used to slay Magellan. When the children recreate these objects, their actions highlight the nature of the replica, of the copy as a reflection on the authenticity of experience and the transference of memory.

The coastline of Bataan has borne witness to waves of migration and the movement of people both reaching for their freedom and of people seeking to take that freedom away from others, and carries the physical traces of all these journeys. The ocean that abuts this coast is a space of transition and of opposition. It is into this ocean that the children scatter the ashes of their totemic objects, in order to set them free, rendering the ocean a repository for memory.

Tuan Andrew Nguyen received his BFA from the University of California, Irvine in 1999 and an MFA
from The California Institute of the Arts in 2004. In addition to several awards in both film and visual arts, including an Art Matters grant in 2010 and best feature film at VietFilmFest in 2018, his work has been included in international exhibitions including the Asia Pacific Triennial 2006, Whitney Biennial 2017, and the Sharjah Biennial 2019. In 2006, Nguyen co-founded The Propeller Group, a platform for collectivity that situates itself between art collective and advertising company. Accolades for the group include the grand prize at the 2015 Internationale Kurzfilmtage Winterthur and a Creative Capital award for its project Television Commercial for Communism. Besides a major travelling retrospective that began at the MCA Chicago, the collective has participated in international exhibitions including The Ungovernables [2012 New Museum Triennial], 2012 LA Biennial, Prospect3 [2014 New Orleans Triennial], and the Venice Biennale 2015.