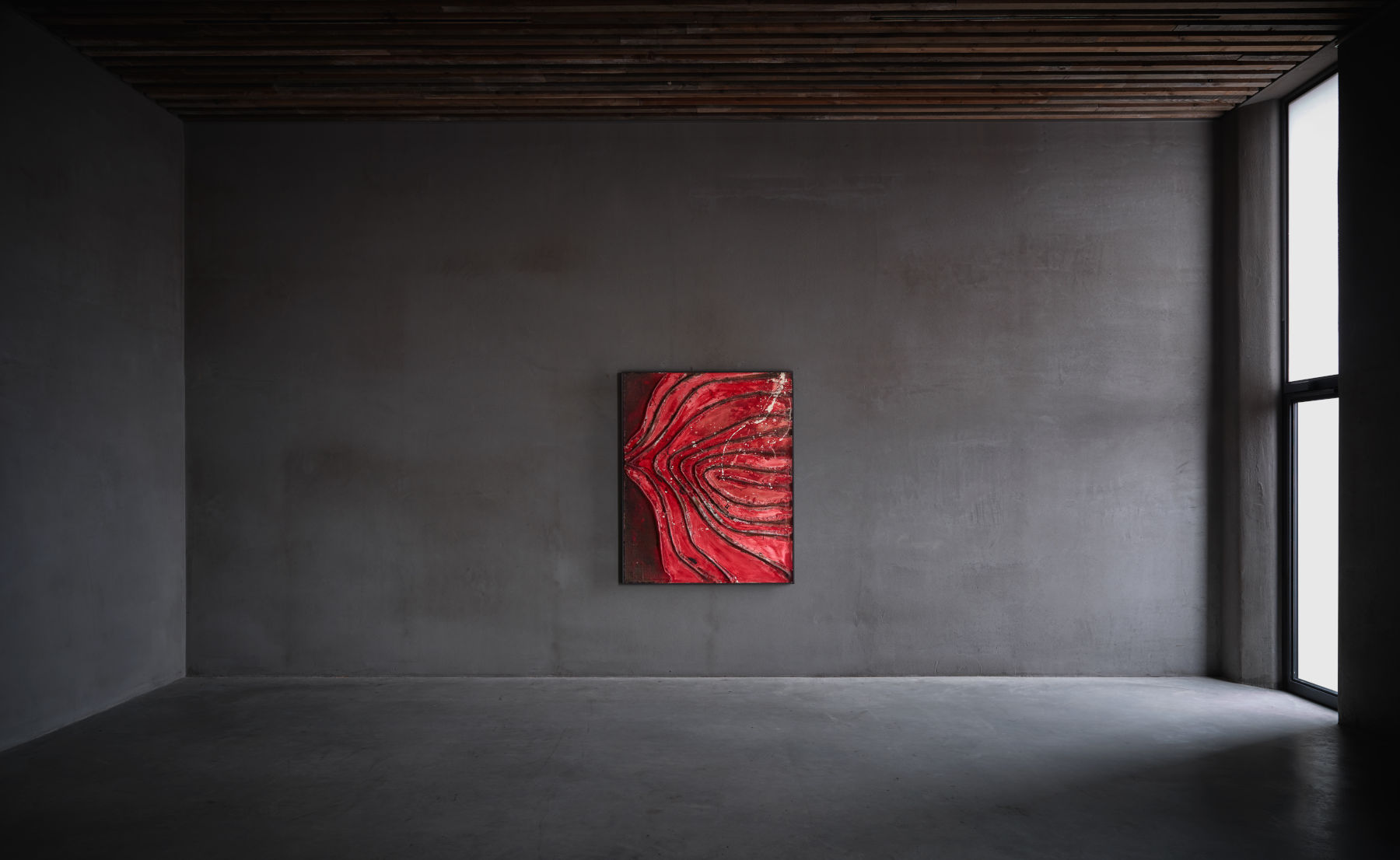 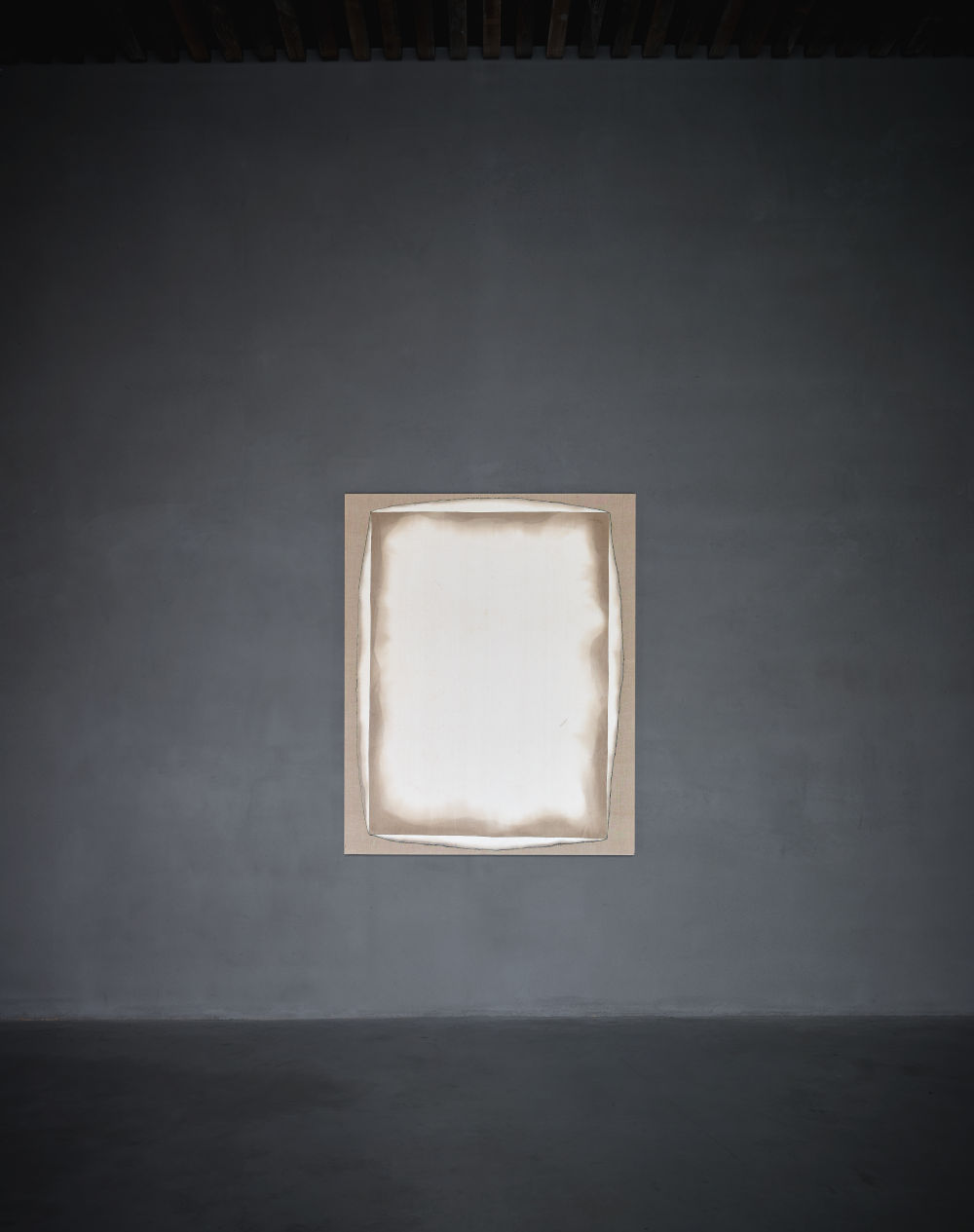 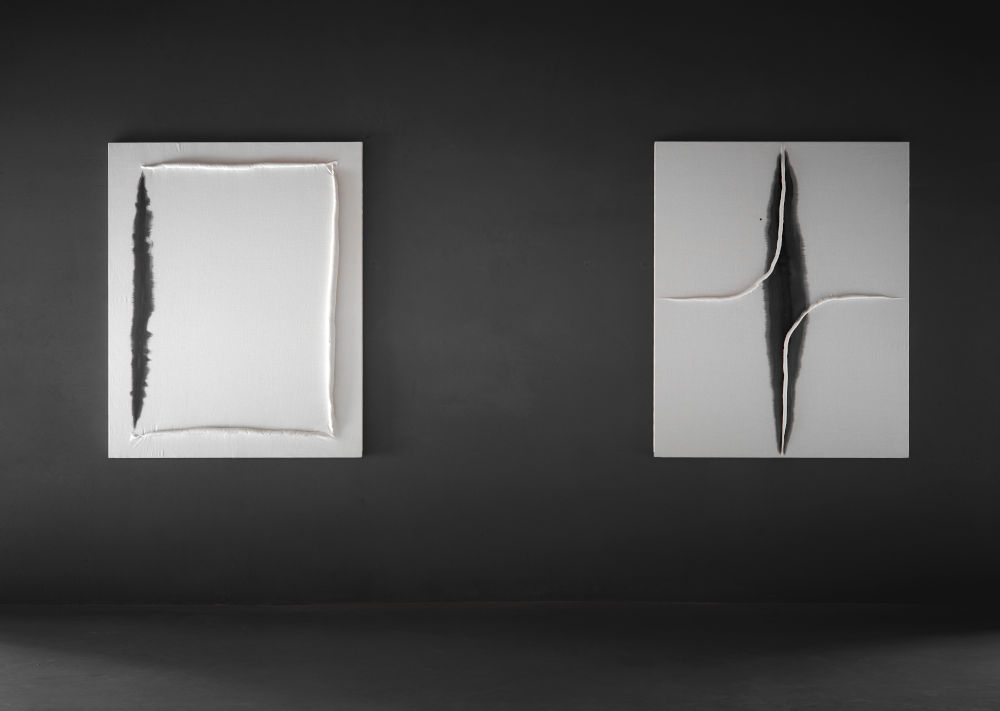 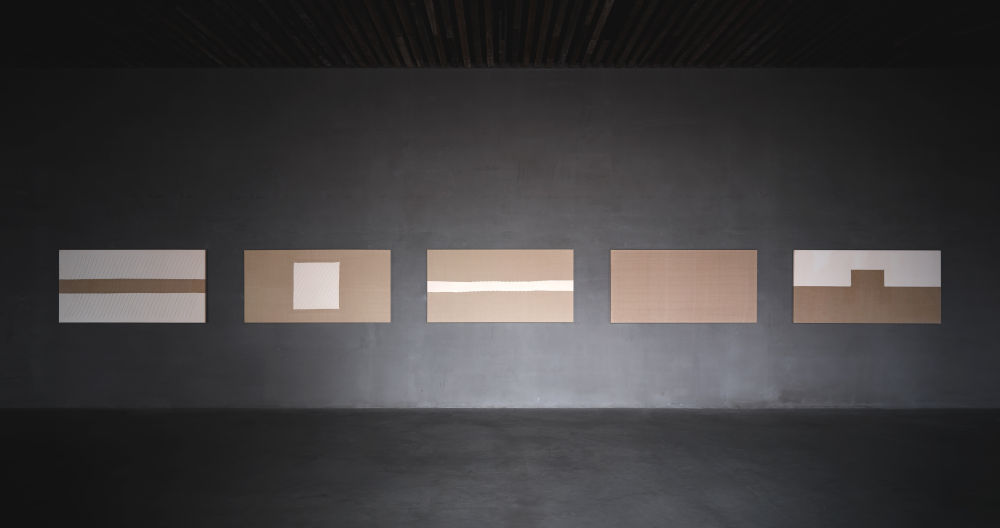 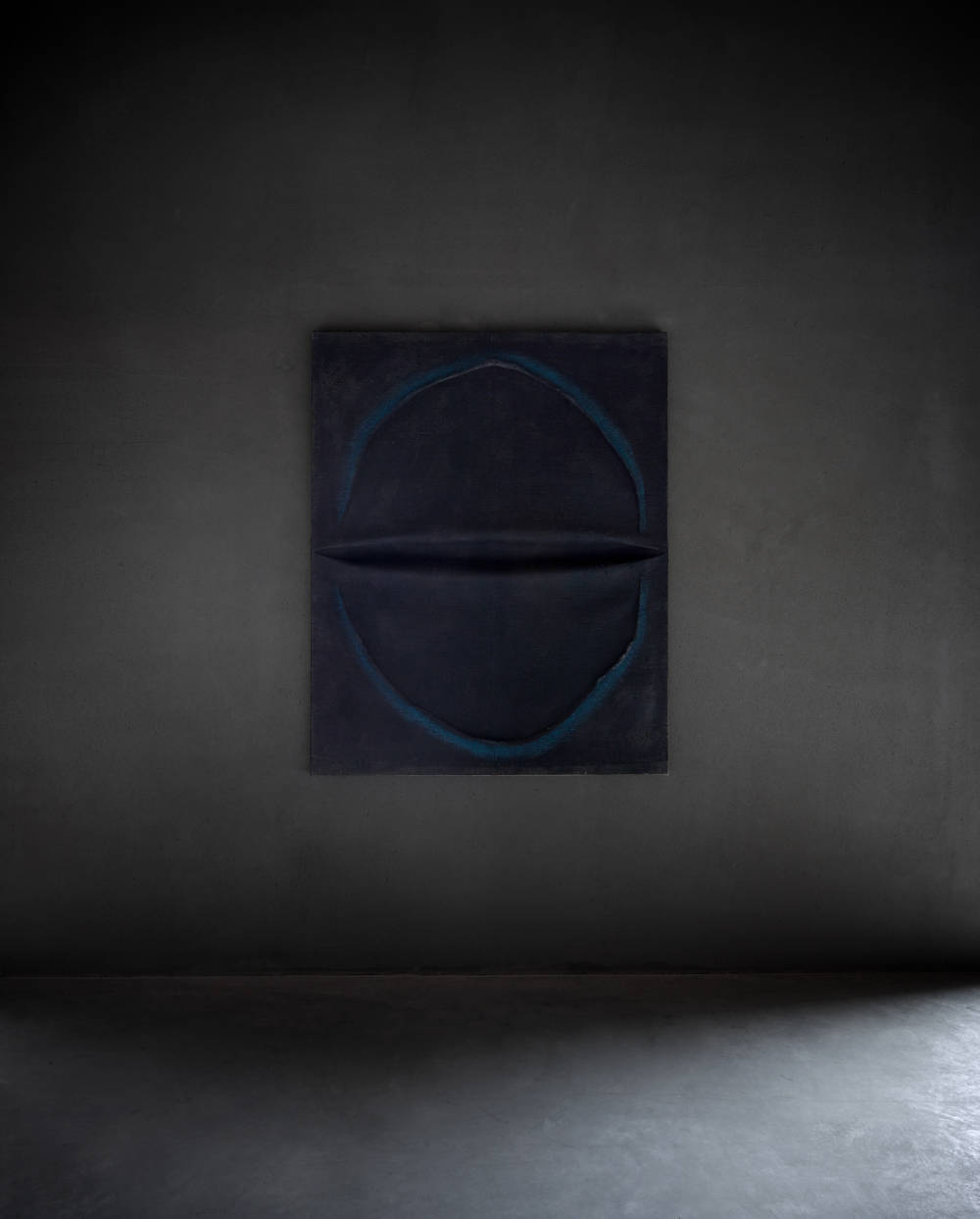 Maekawa trained as a designer and during his early years he worked as a producer for film posters and newspaper ads. From the early 1950s onwards, he incorporated the use of burlap (a woven, raw fabric composed of plant/hemp fibres that’s mainly used for bags for rice and grain) in his artistic practice. He convinced co-founder Jiro Yoshihara of his abilities in 1959, but only formally joined the Gutai Art Association in 1962. In the Gutai Art Manifesto, Yoshihara wrote:

“Matter is never assimilated by the spirit. The spirit never dominates matter. If one leaves matter as it is, and simply presents it as matter, it begins to tell us something and even cries out. Bringing matter to life is a way of bringing the spirit to life.”

Hurried by the heat of gestural abstraction and Art Informel, Maekawa tried to distinguish himself from what was happening on the world stage at the time. “I worked incredibly hard to make paintings that were truly different,” he noted. “All my sacrifice has led to this way of expression, and that could be seen as the ultimate result of my exploration as an artist.” In 1963, he had a solo exhibition at the then recently founded Gutai Art Pinacotheca, where Yoshihara was striving to develop “international common ground”.

“After my solo show, I really tried to convey the idea that I had worked very hard to make everything.” However, with the death of Yoshihara in 1972, Maekawa lost his foothold when the group decided to dissolve and stop using the name ‘Gutai’. There were years in which Maekawa took on many commissions as a designer to be able to provide for the needs of his family, and as a result, there was at times a lack of time and money to manifest himself as an artist.

Maekawa set up his studio for students in 1974 and began offering painting classes to children. His style as an artist became lighter and more refined. He intentionally combined cloth with a different tactility and other qualities, such as hemp cloth and cotton. With a sewing machine (a device Maekawa had in his parental home) or by using (tucked) seams, fine, slender, convex patterns were created. However, the reception of these works was poor; often applications for exhibitions were not accepted. Maekawa made several large works during this period, but due to the lack of storage for rejected works of art, only smaller works are extant, which bear witness to great intimacy.

When the appreciation and recognition of artists associated with the Gutai Art Association grew worldwide in the 1980s, initially little was given about Maekawa’s work. Attention was mainly focused on actions, installations, and performances, which are mainly associated with Gutai’s first generation. Appreciation grew in Maekawa’s native Japan, with several awards for new series of artworks and participation in the 1985 exhibition, Action and Emotion, Painting of the 1950s: Art Informel, Gutai, and COBRA at The National Museum of Art, Osaka. This museum was one of many that honoured Maekawa with an award in the 1980s. Nevertheless, he continued to search for new forms of expression.

Maekawa later again gave a greater role to colour in his work, in which the entire sewn burlap canvasses were painted in monochromatic hues. Burlap bags, which already had a function as a means of packaging or transport, again forced Maekawa to think about possibilities with already printed fabrics — as a ready-made. The compositional simplicity, basic reliefs, and pliable-looking structures, however, build on the calm subtlety that Maekawa brought to his practice. With the use of glistening oil (or varnish pressed directly from tubes) to mark certain areas of the surface, and the sometimes wrinkled and twisted waveforms, Maekawa reminds us of his urge to create, always looking for new ways to express himself.

Just like the Italian artist Alberto Burri, Maekawa worked with the material that was available at the time; just like Burri, this happened in a healing process after the Second World War. Burri was a physician and used burlap as artistic material in a prison camp. Afterwards, he worked on his famous series, Sacchi (sacks), which researchers saw as metaphorical references to human skin, linking the stitching to his practice as a doctor. Maekawa was confronted at a young age with the horrors of the war when his hometown was bombed by the Allied forces in 1945 until the day before the Japanese surrendered. With Burri, Maekawa shares the story of how a certain substance, a certain material, forms the narrative of healing and the search for own and new forms of expression.