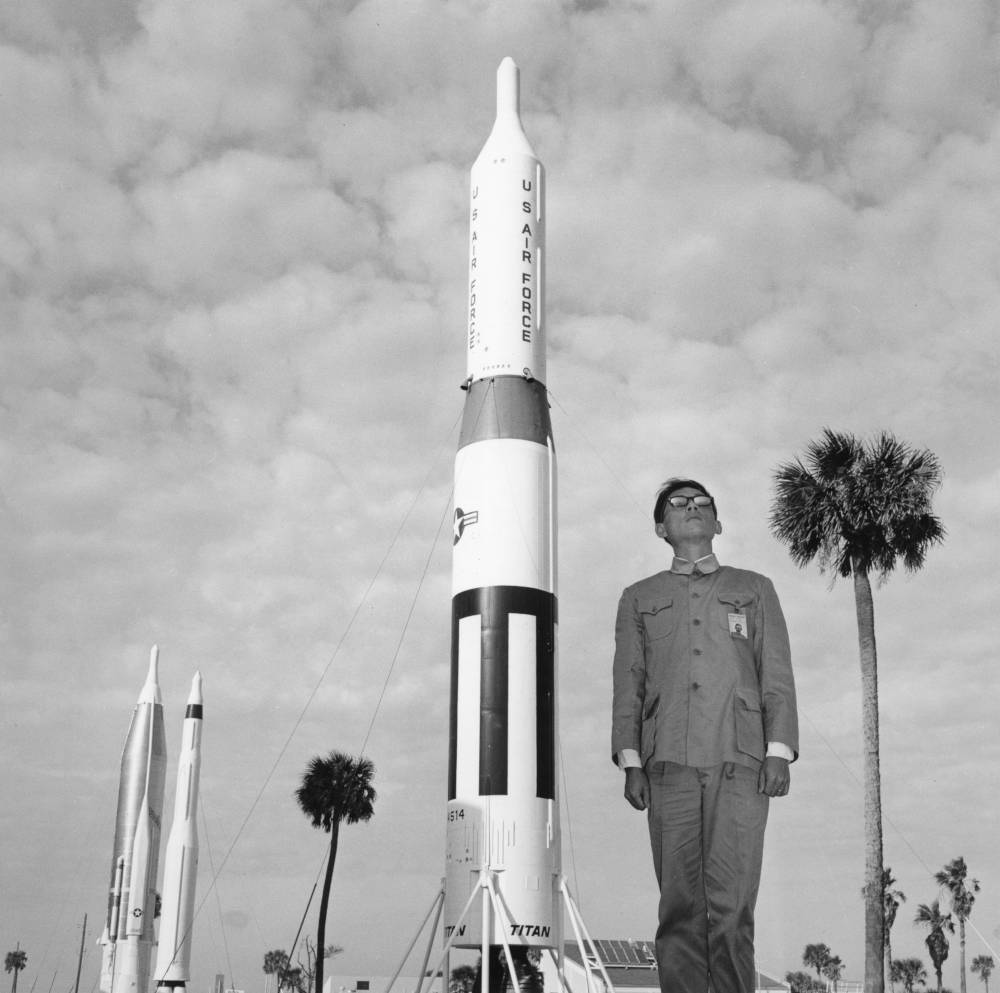 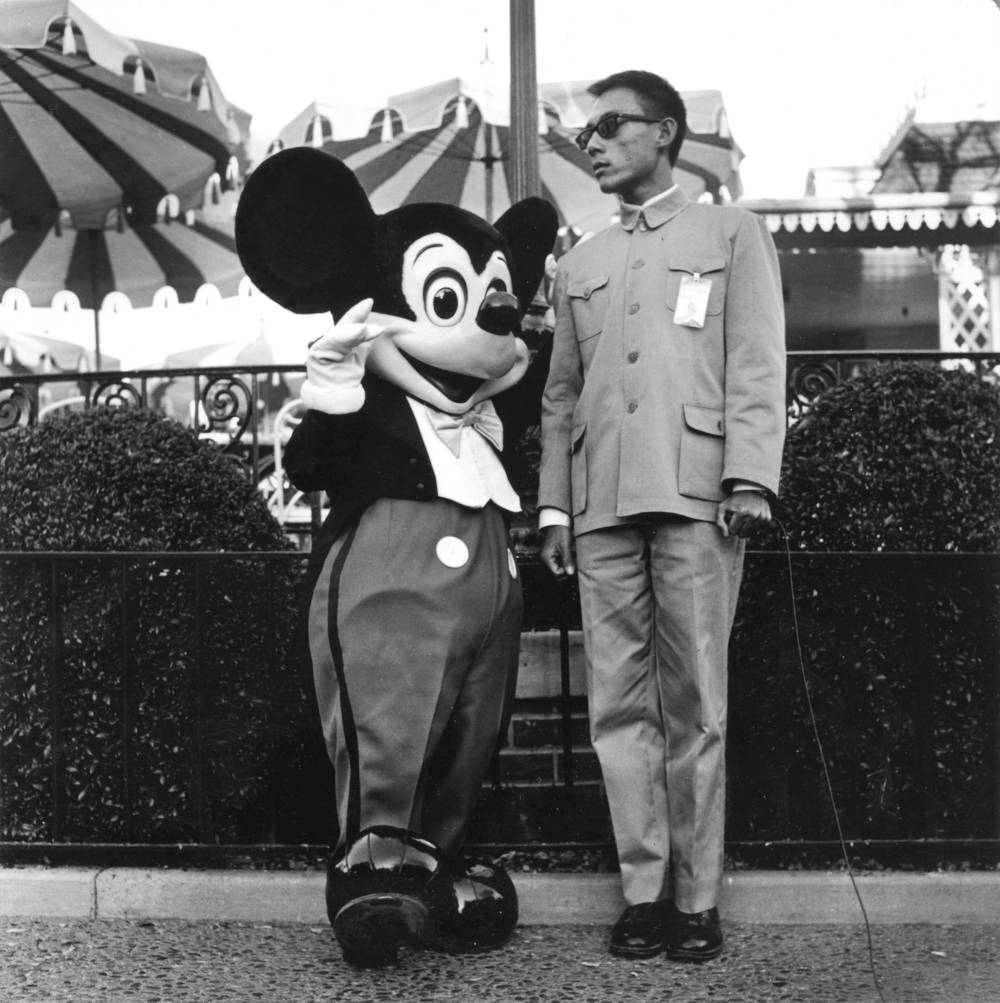 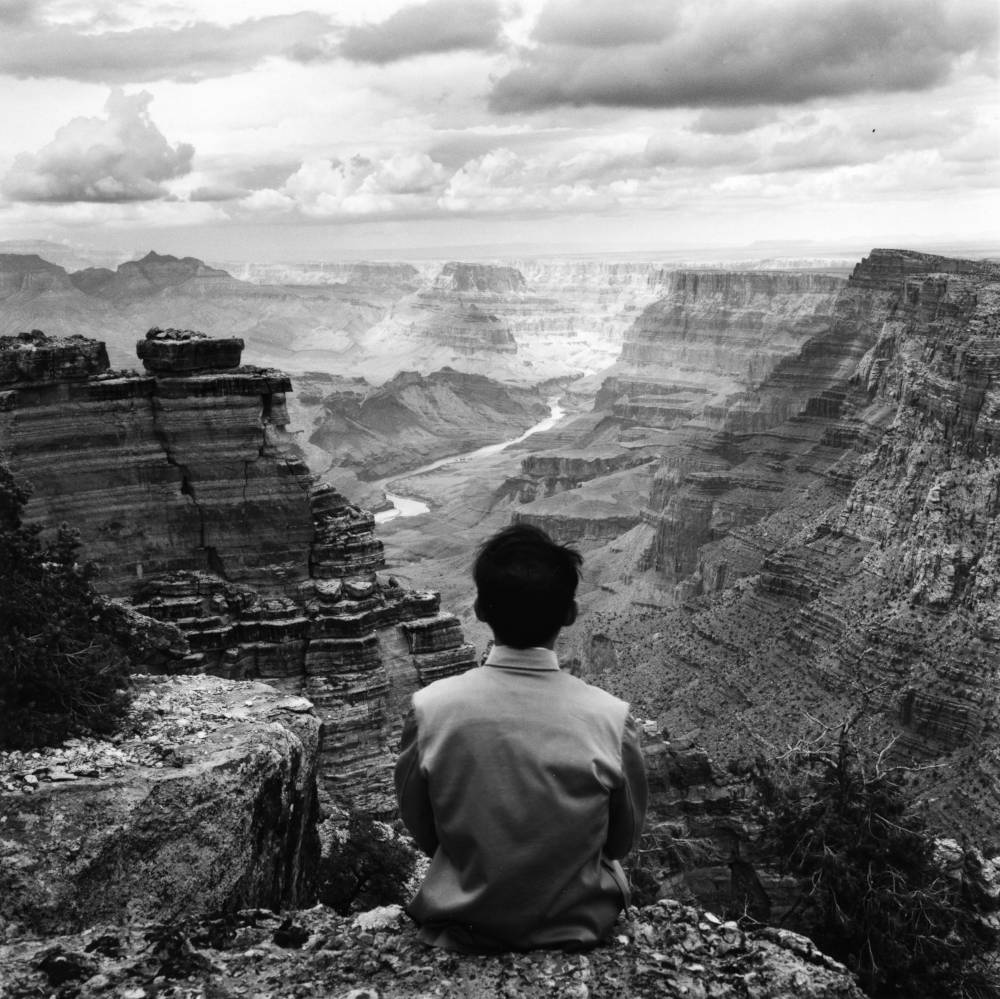 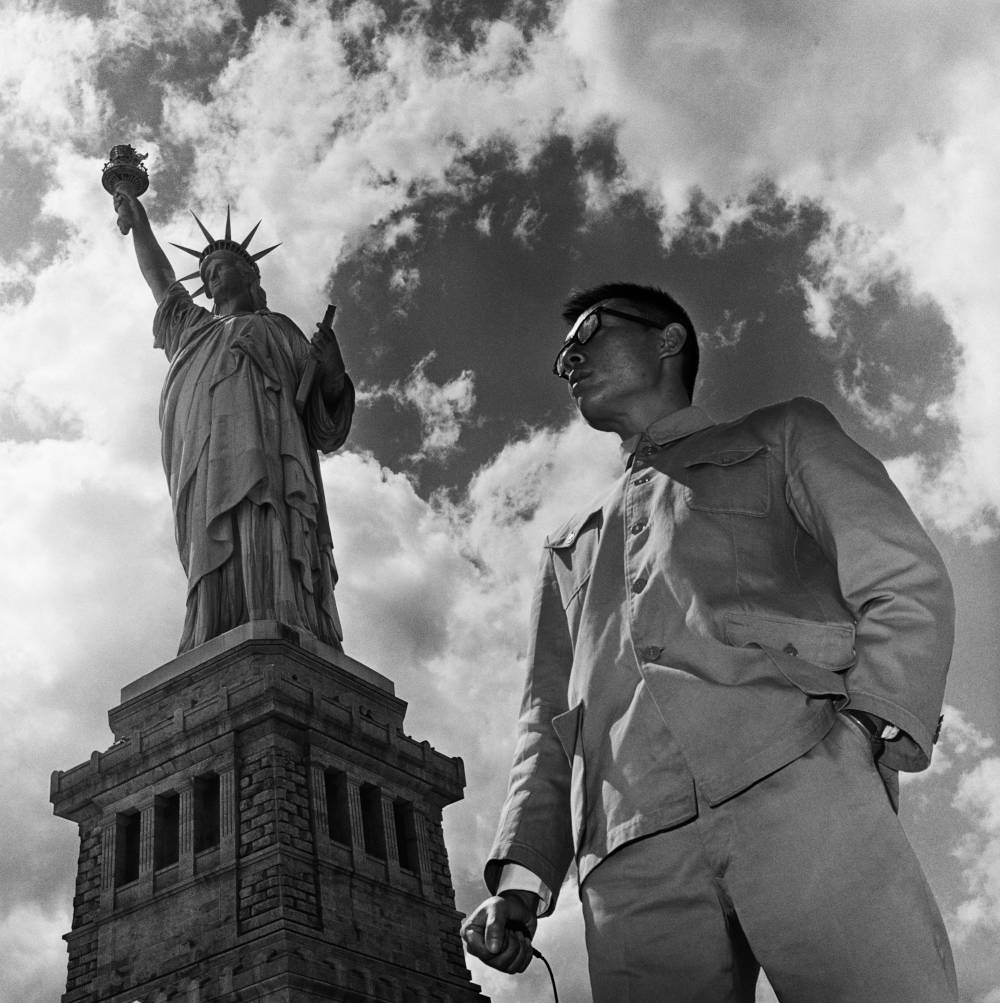 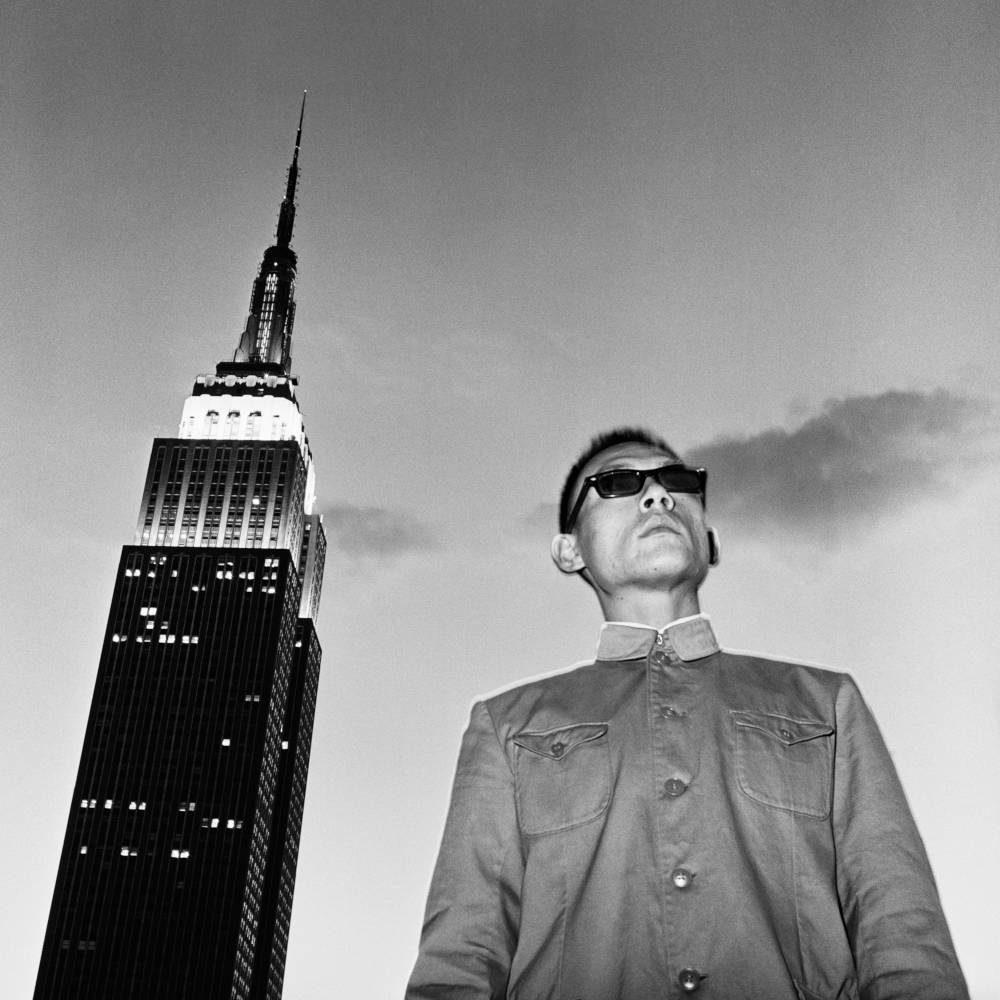 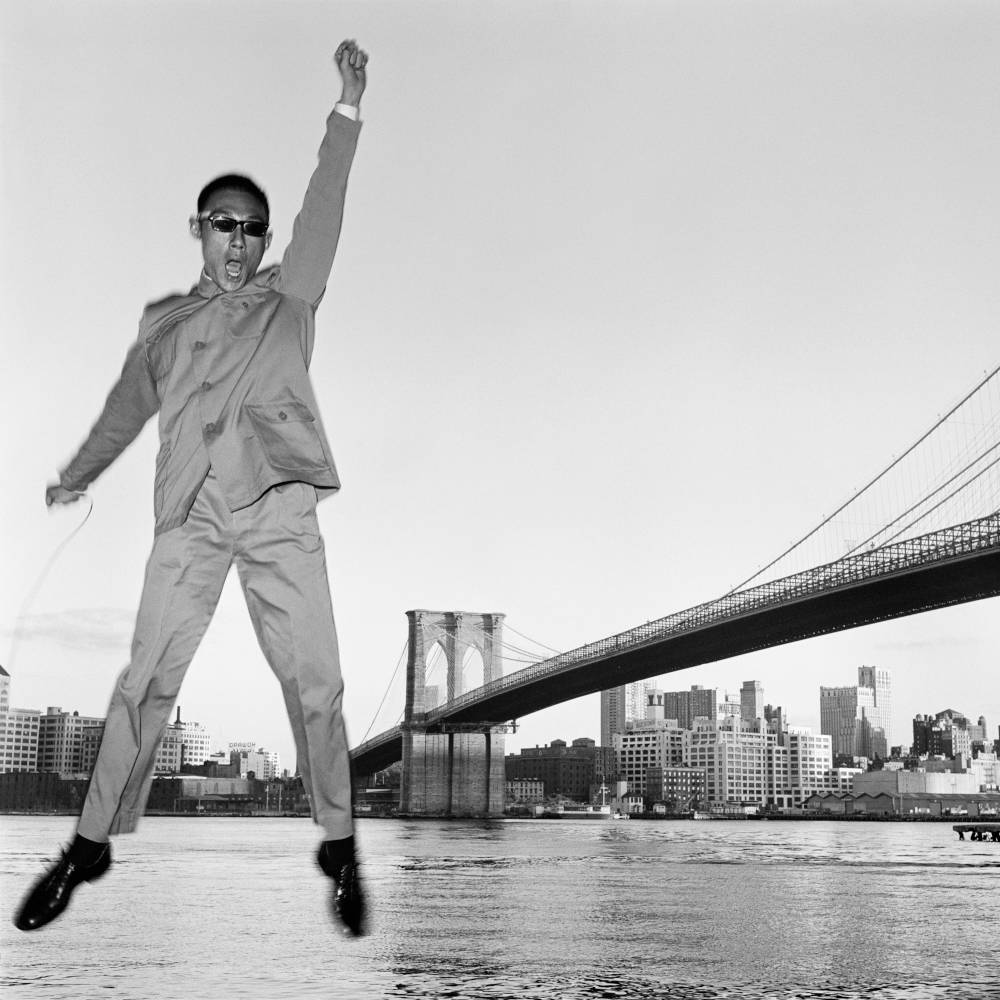 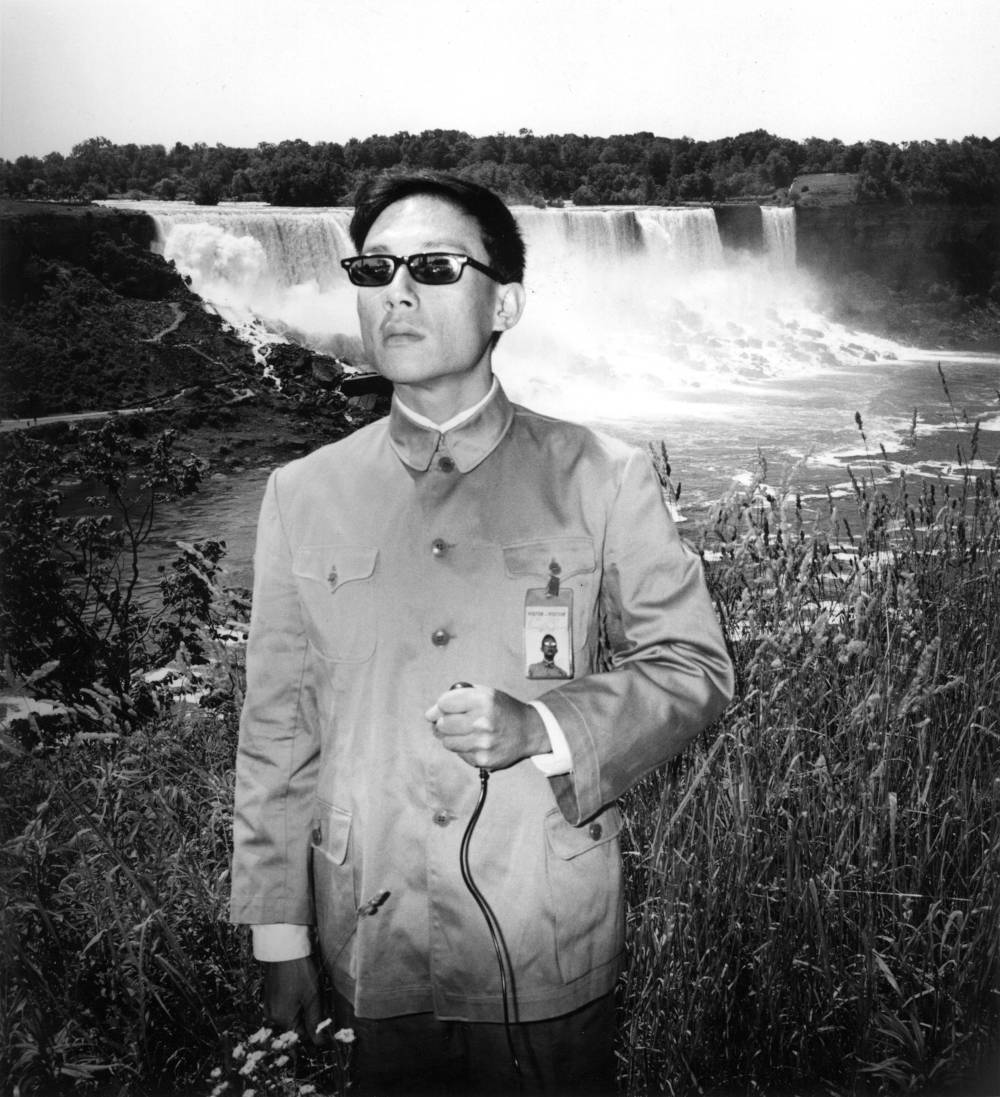 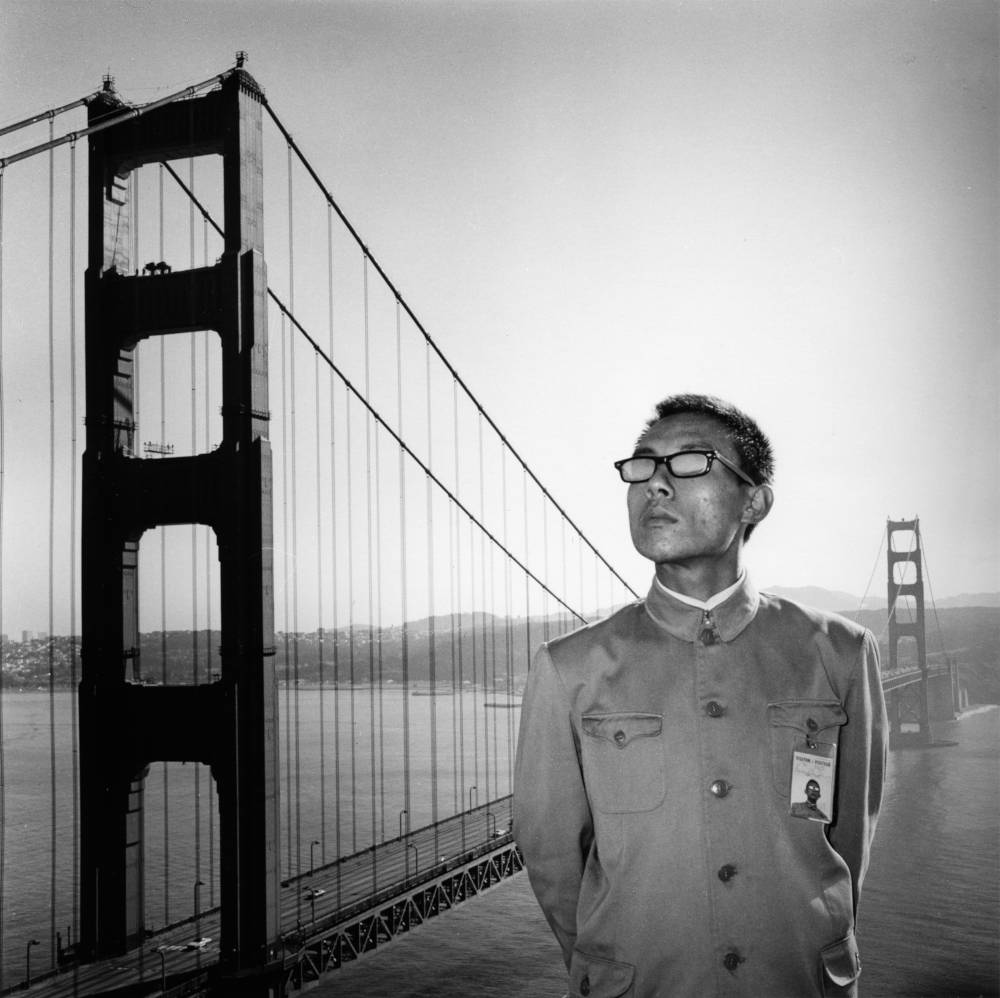 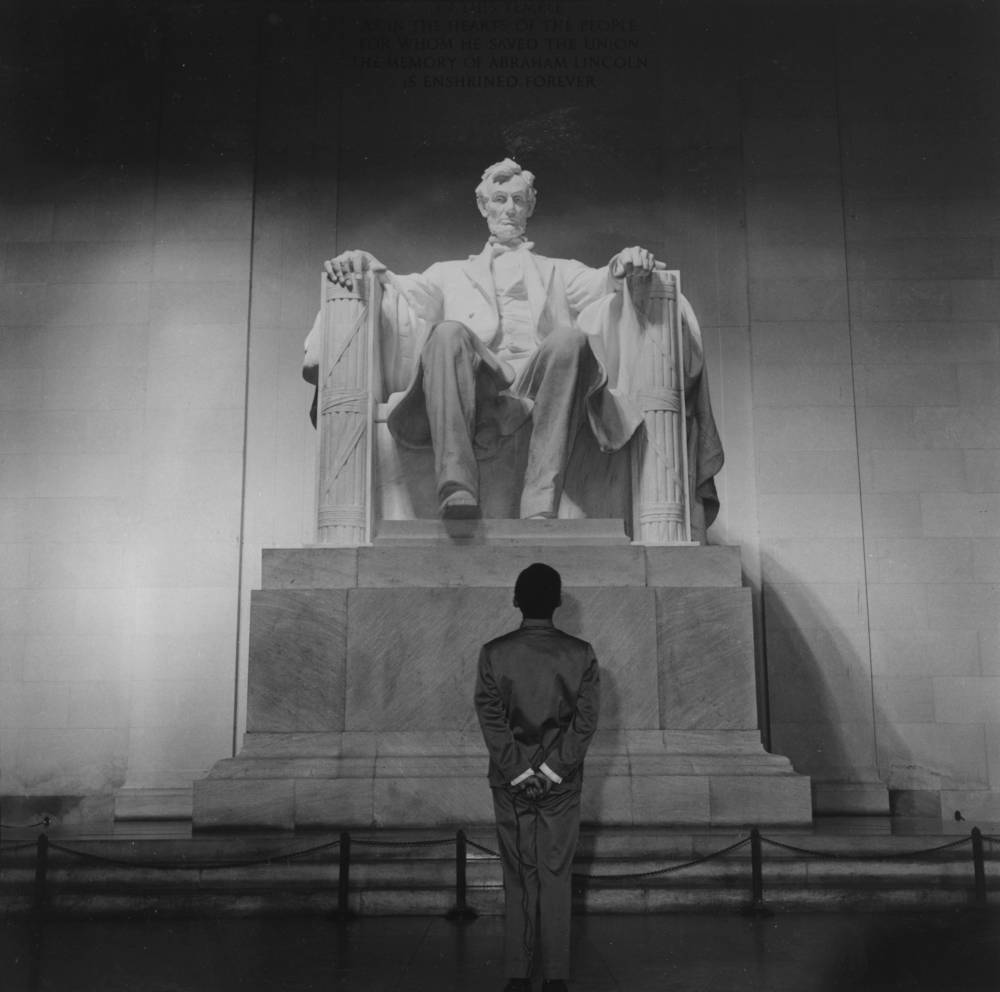 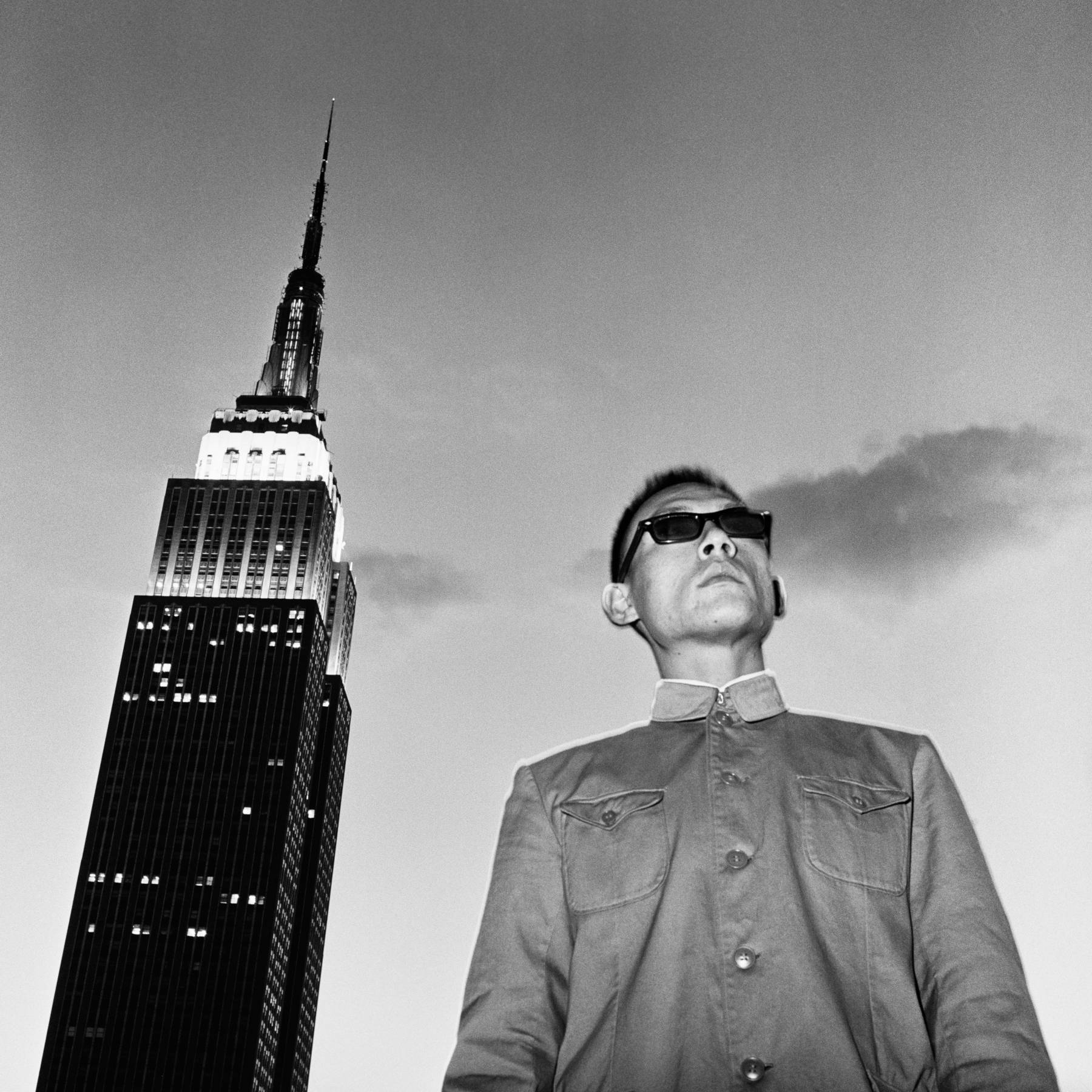 Combining performance and photography, political satire and personal identity, Tseng’s pioneering series exemplifies the art of the eighties while anticipating the social, political and philosophical themes of the present day.

Born in Hong Kong and raised in Vancouver by exiled Chinese nationalists, Tseng studied photography and art in Paris. In 1978, Tseng moved to Manhattan, becoming a fixture of New York’s downtown art scene and a close friend of Keith Haring whose work and activities he documented. Soon after arriving, Tseng began the series East Meets West, photographing himself at iconic tourist locales throughout America, wearing a “Mao suit”, dark sunglasses and an enigmatic expression. Pictured at the Grand Canyon, the Statue of Liberty, and other monumental sites, Tseng’s persona suggests that of an austere, visiting dignitary, paying homage to sites signifying American greatness.

The series was partly inspired by Richard Nixon’s diplomatic trip to the People’s Republic of China in 1972, where the visit consisted largely of a series of carefully staged appearances meant to generate the greatest possible visual impact, including the infamous Nixon-Mao handshake. In spite of the immutability of his Mao ensemble, Tseng responds distinctly to each locale, gazing contemplatively at the Grand Canyon, leaping raucously into the air at the Brooklyn Bridge or assuming a stiff, patriotic stance next to a rocket at Cape Canaveral. Describing himself as both an “ambiguous ambassador” and an “inquisitive traveler”, Tseng mischievously and subtly investigated core issues of outsider and identity politics.

Deceased at age thirty-nine from aids-related illness, Tseng’s work has been widely exhibited and published. His work is in numerous public collections, including the Solomon R. Guggenheim Museum, New York; the Metropolitan Museum, New York; the Tate Modern, London; the Walker Art Center, Minneapolis and many others. In 2015, a retrospective Tseng Kwong Chi: Performing For the Camera was held at the Chrysler Museum of Art, Norfolk, and the Grey Art Gallery at New York University.