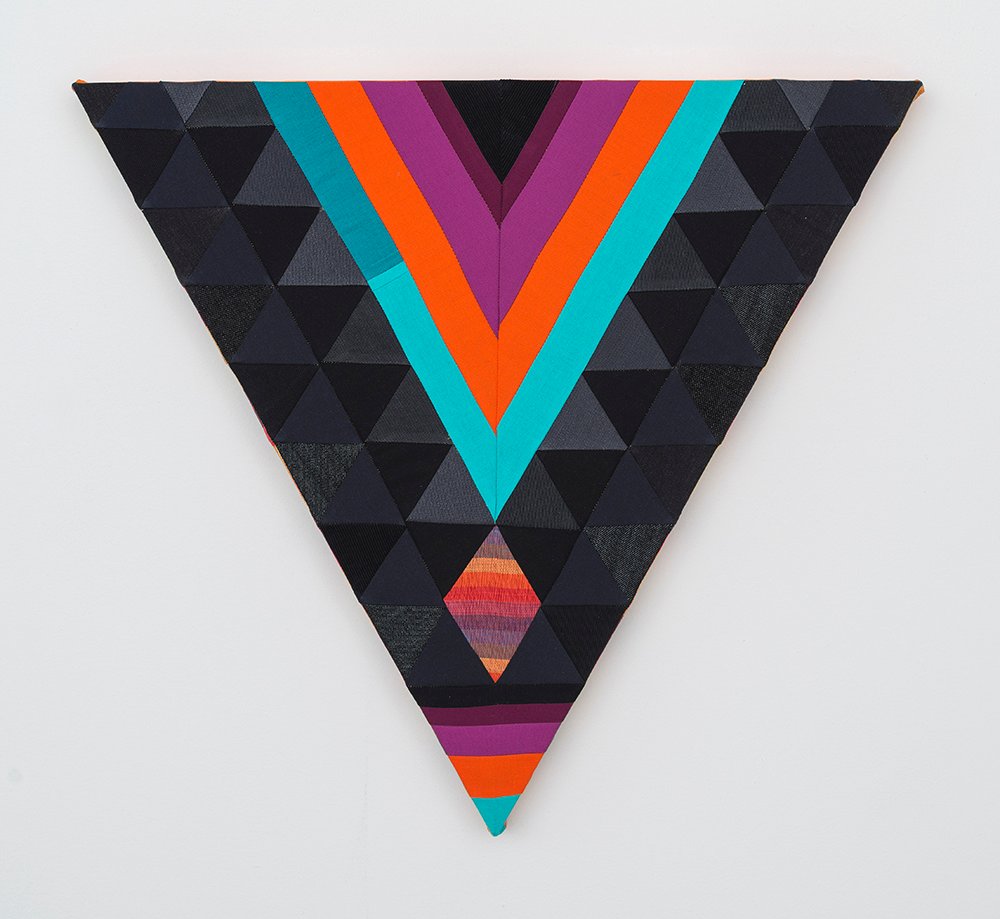 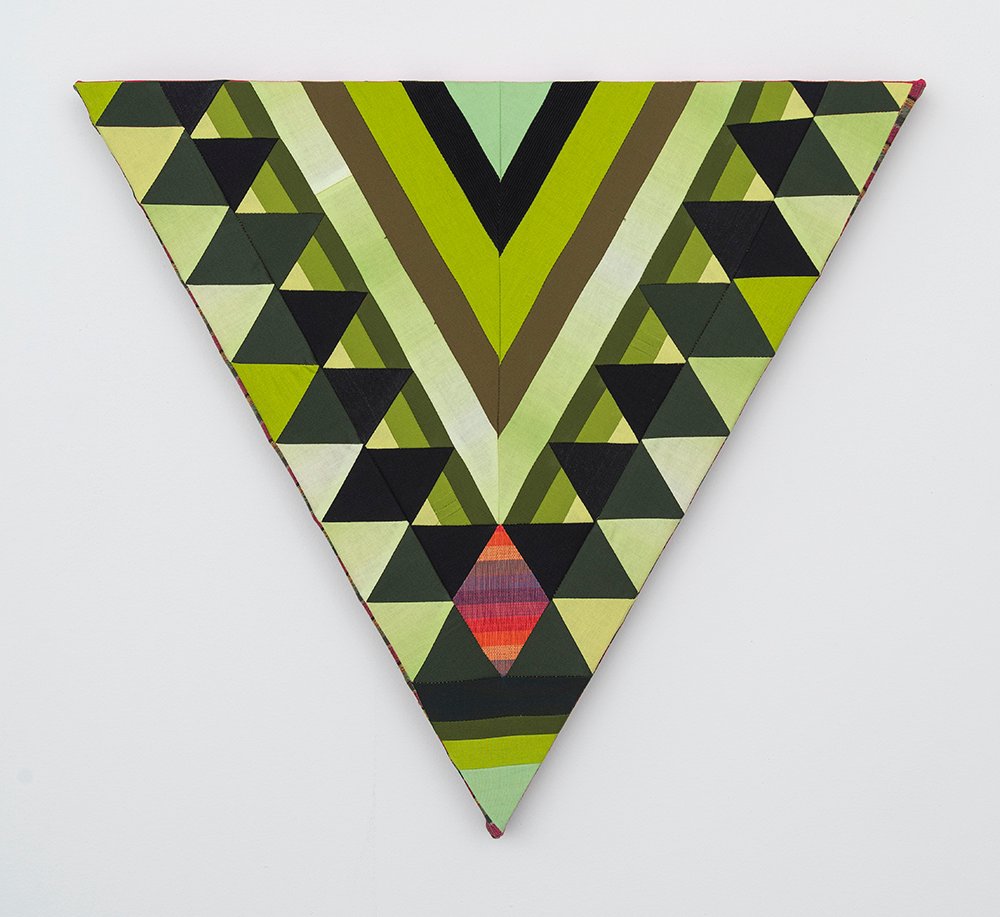 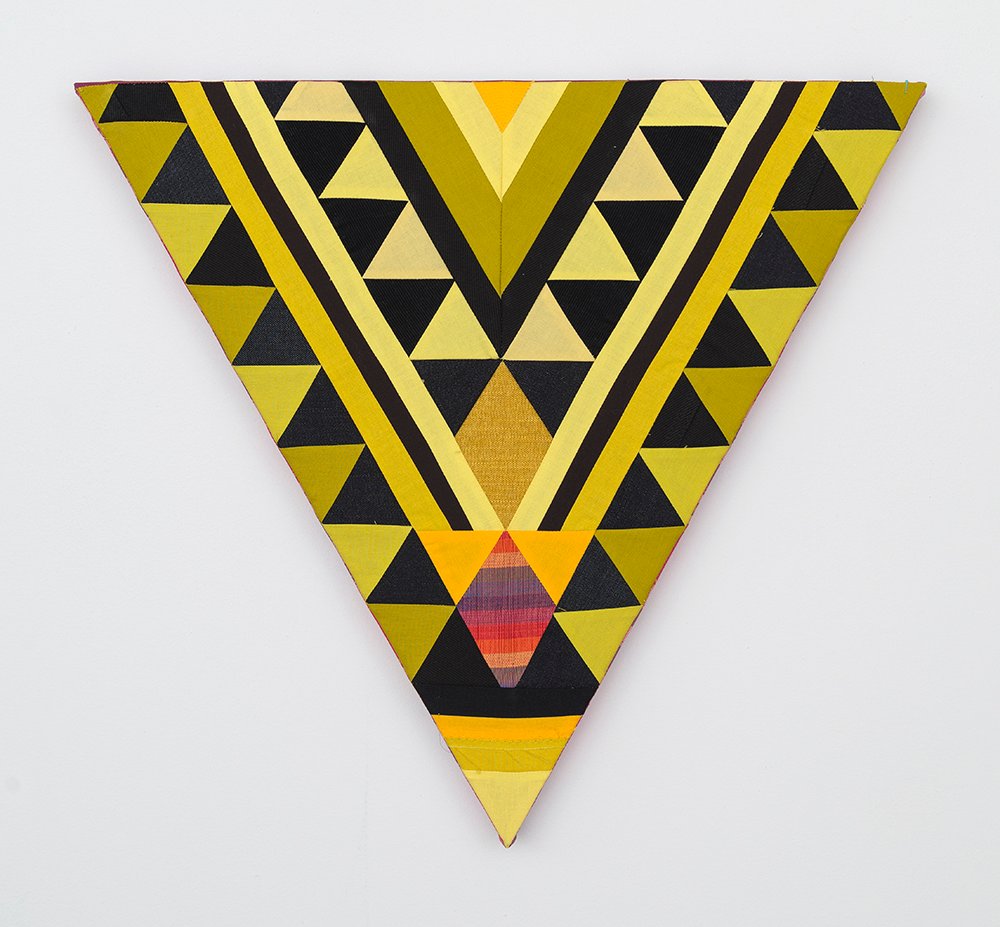 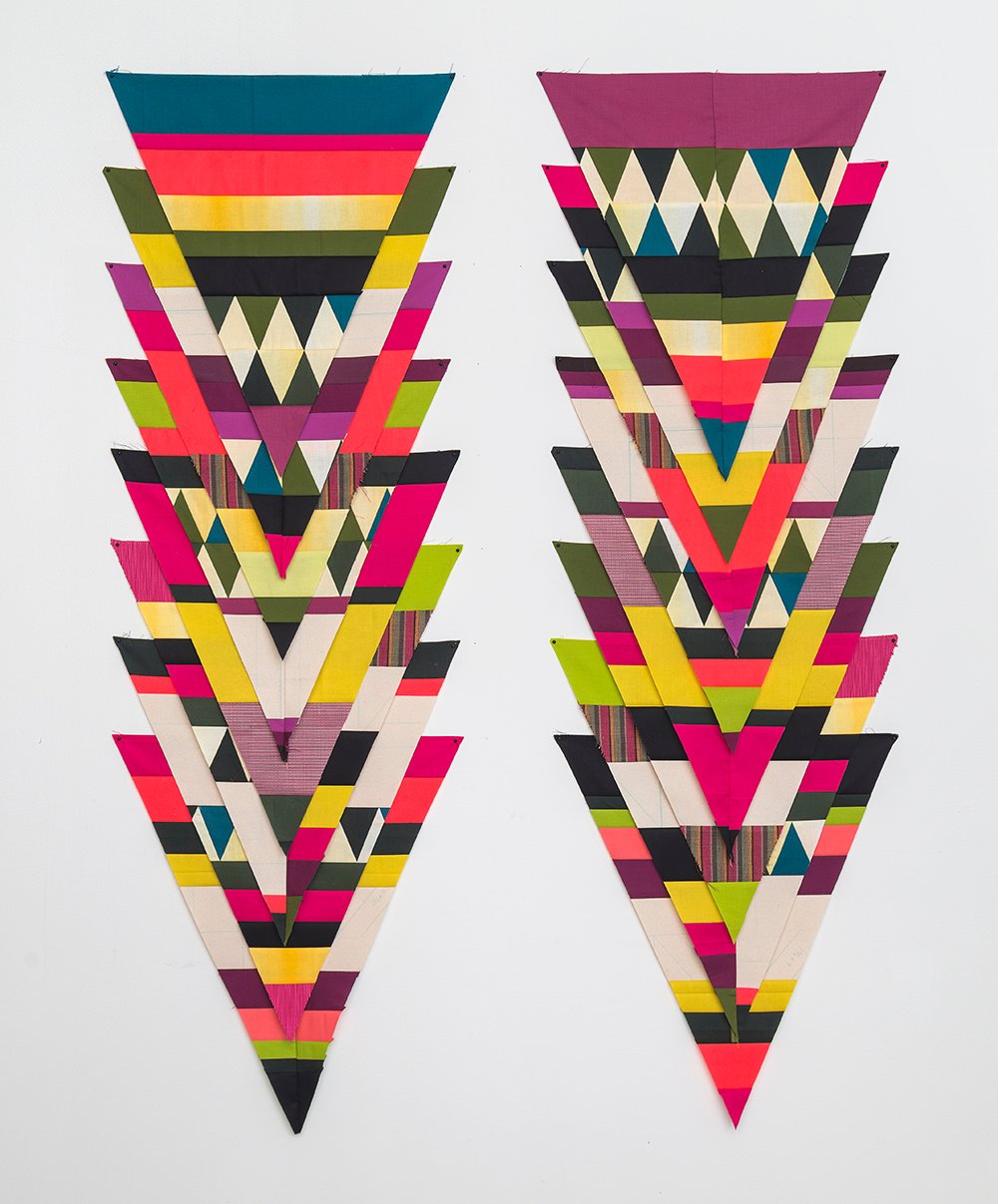 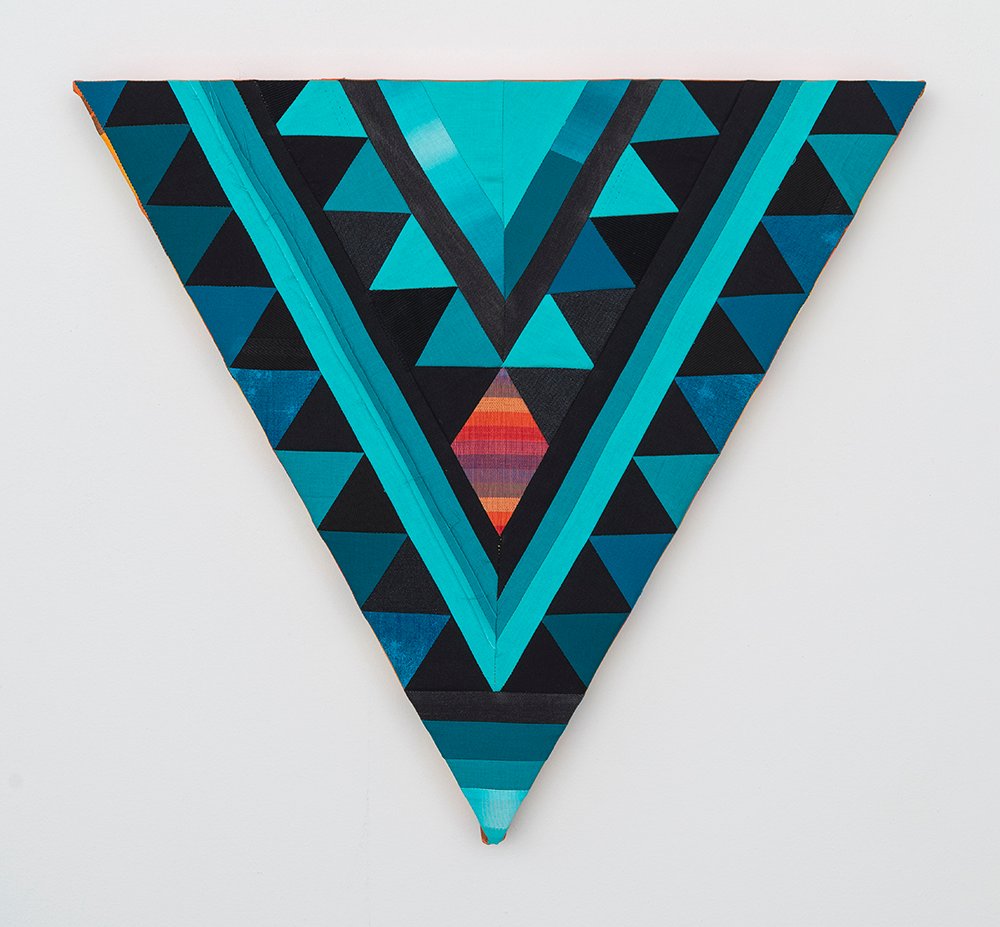 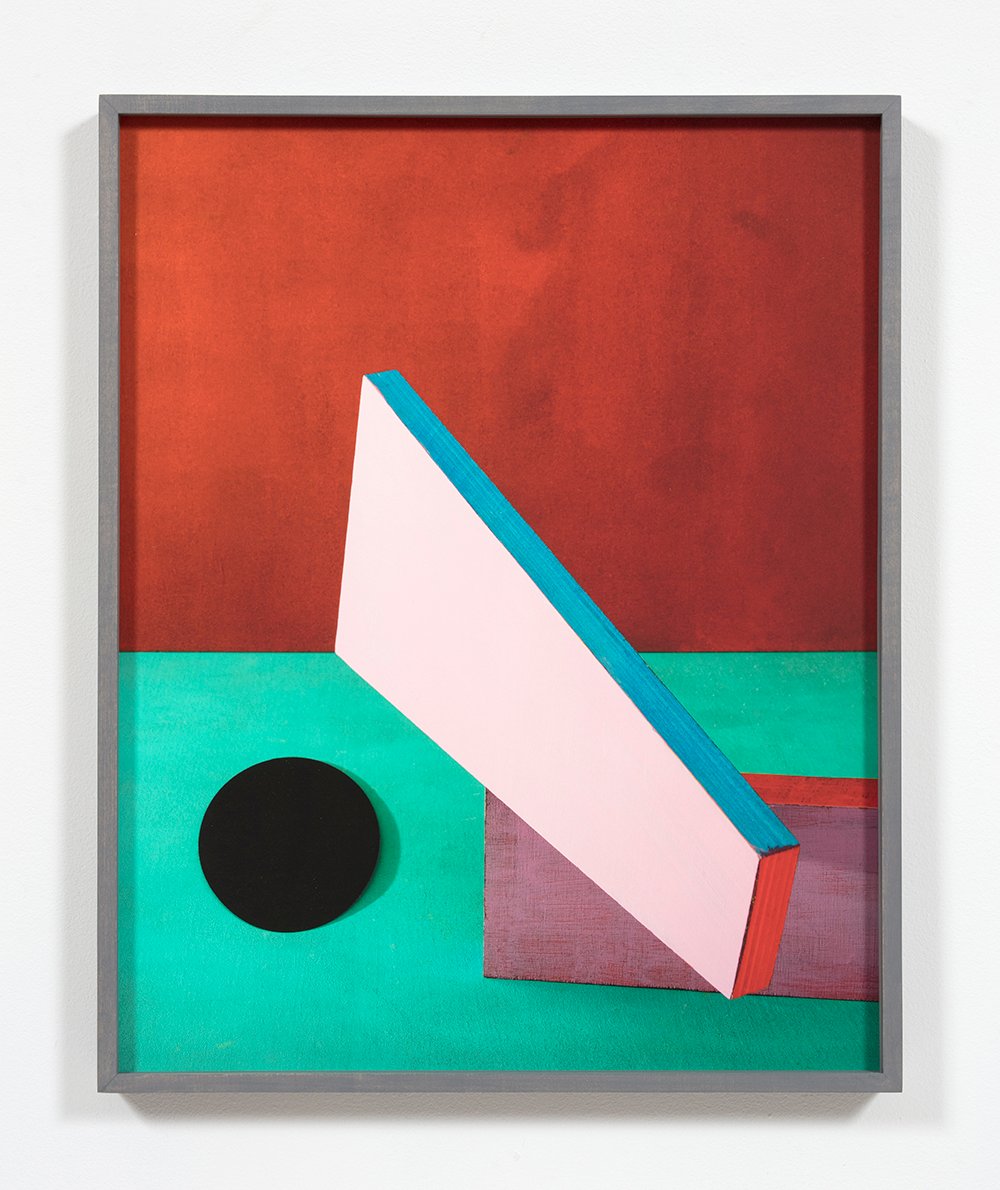 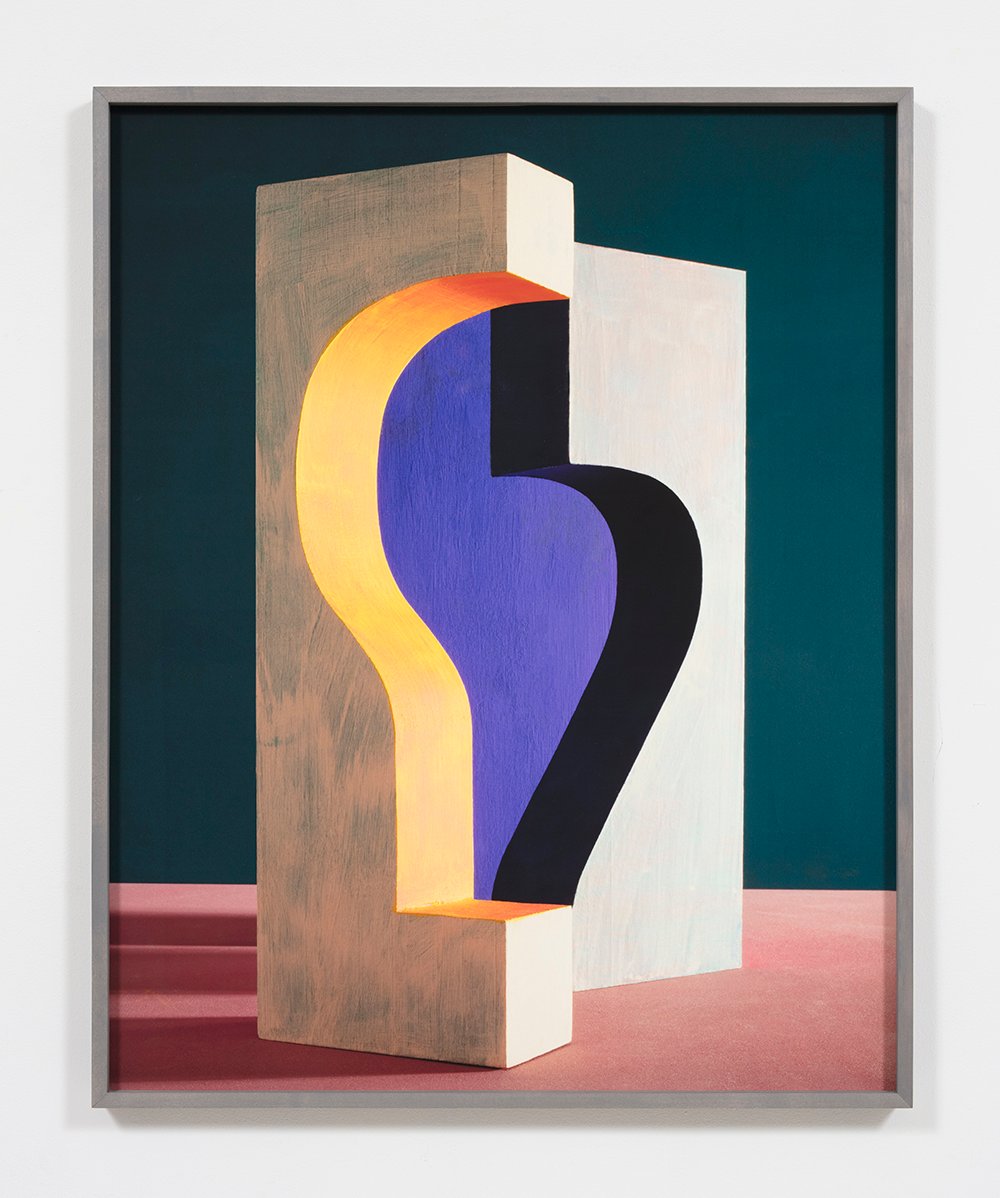 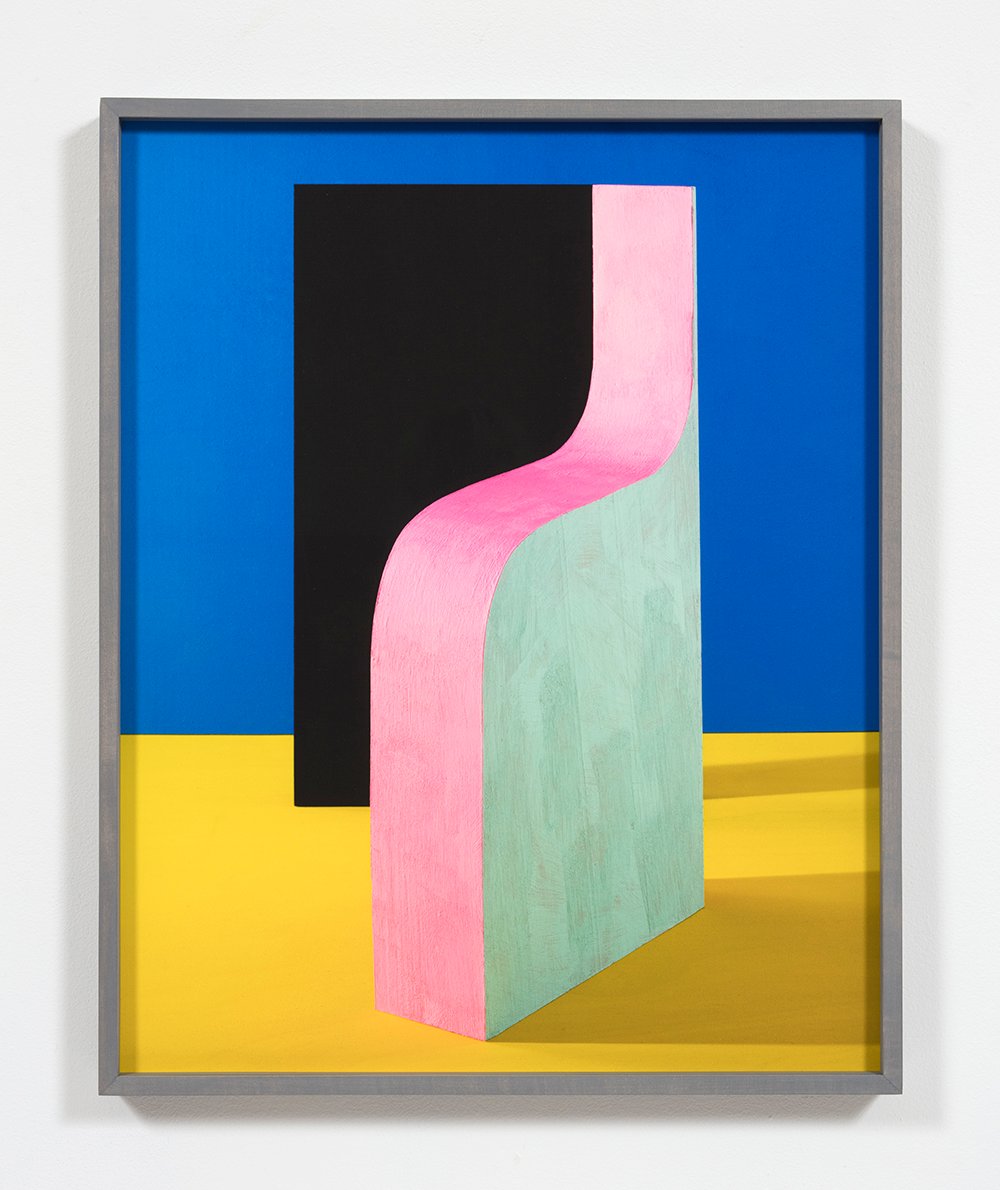 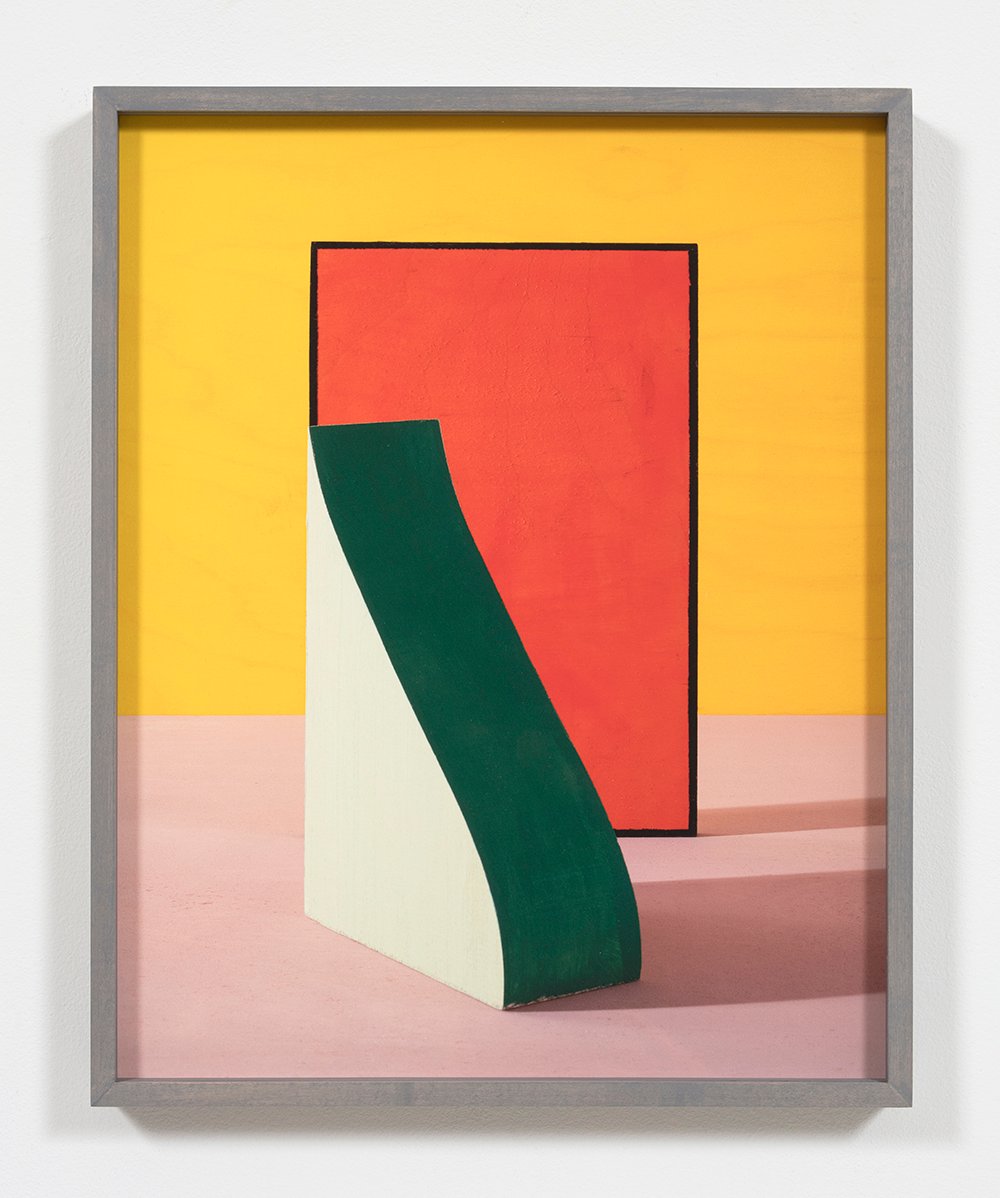 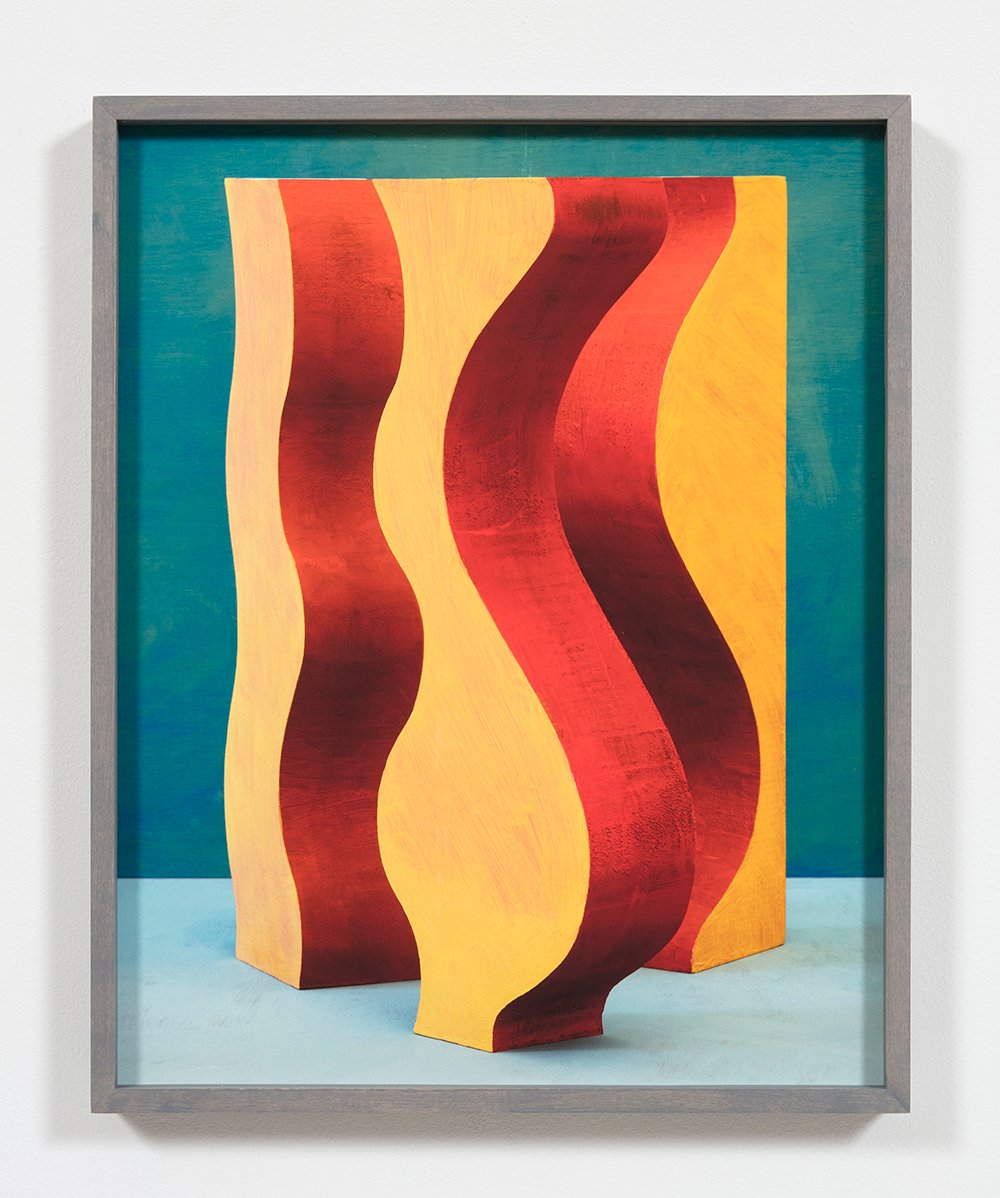 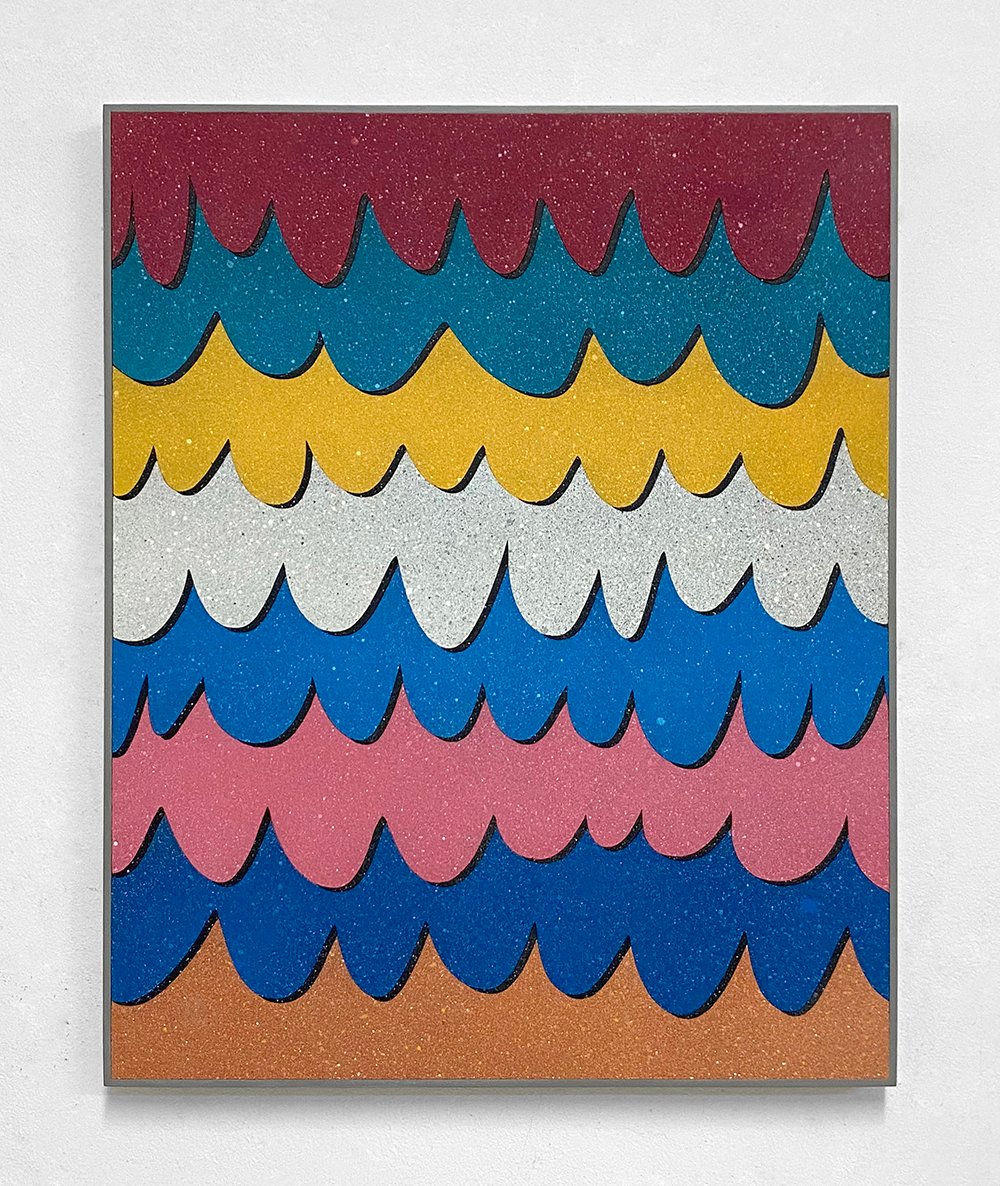 Rhys Coren
I Turned Around When I Heard The Sound II, 2020 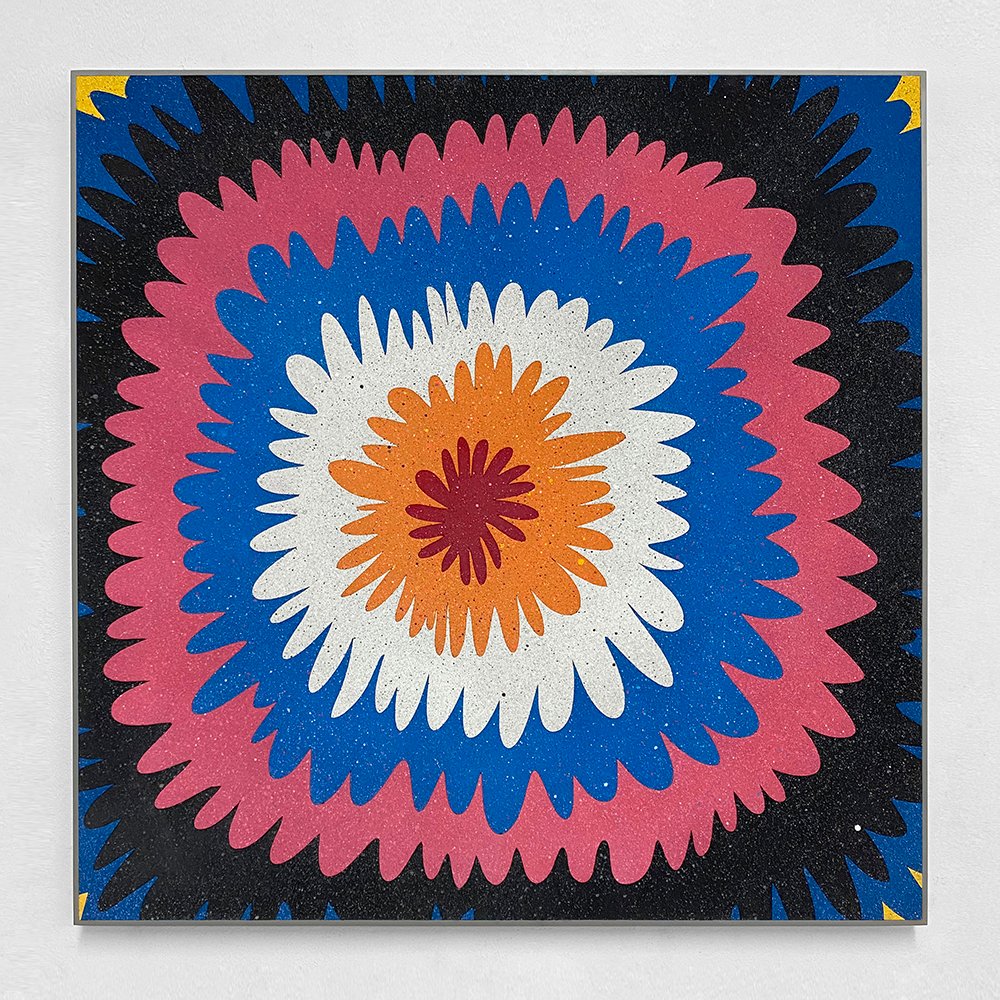 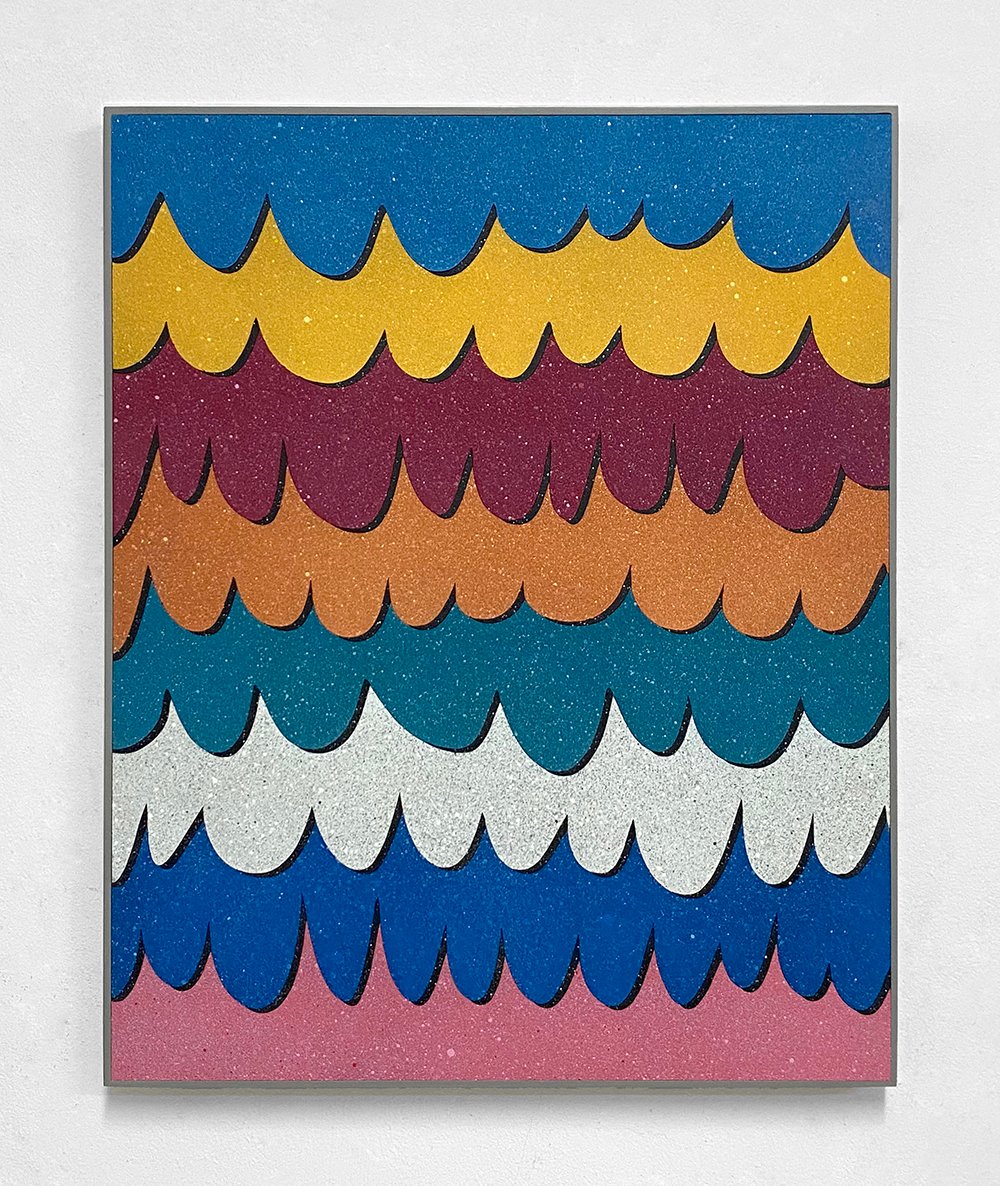 Rhys Coren
I Turned Around When I Heard The Sound I, 2020 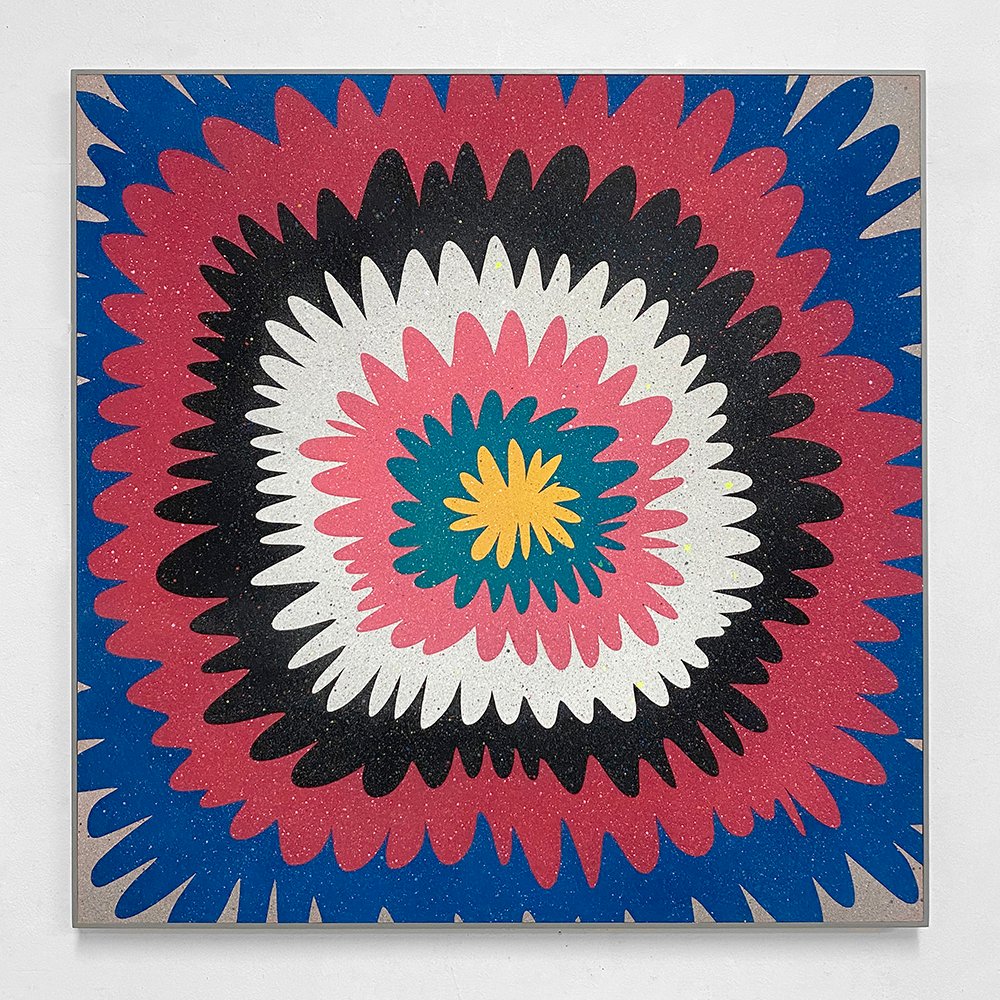 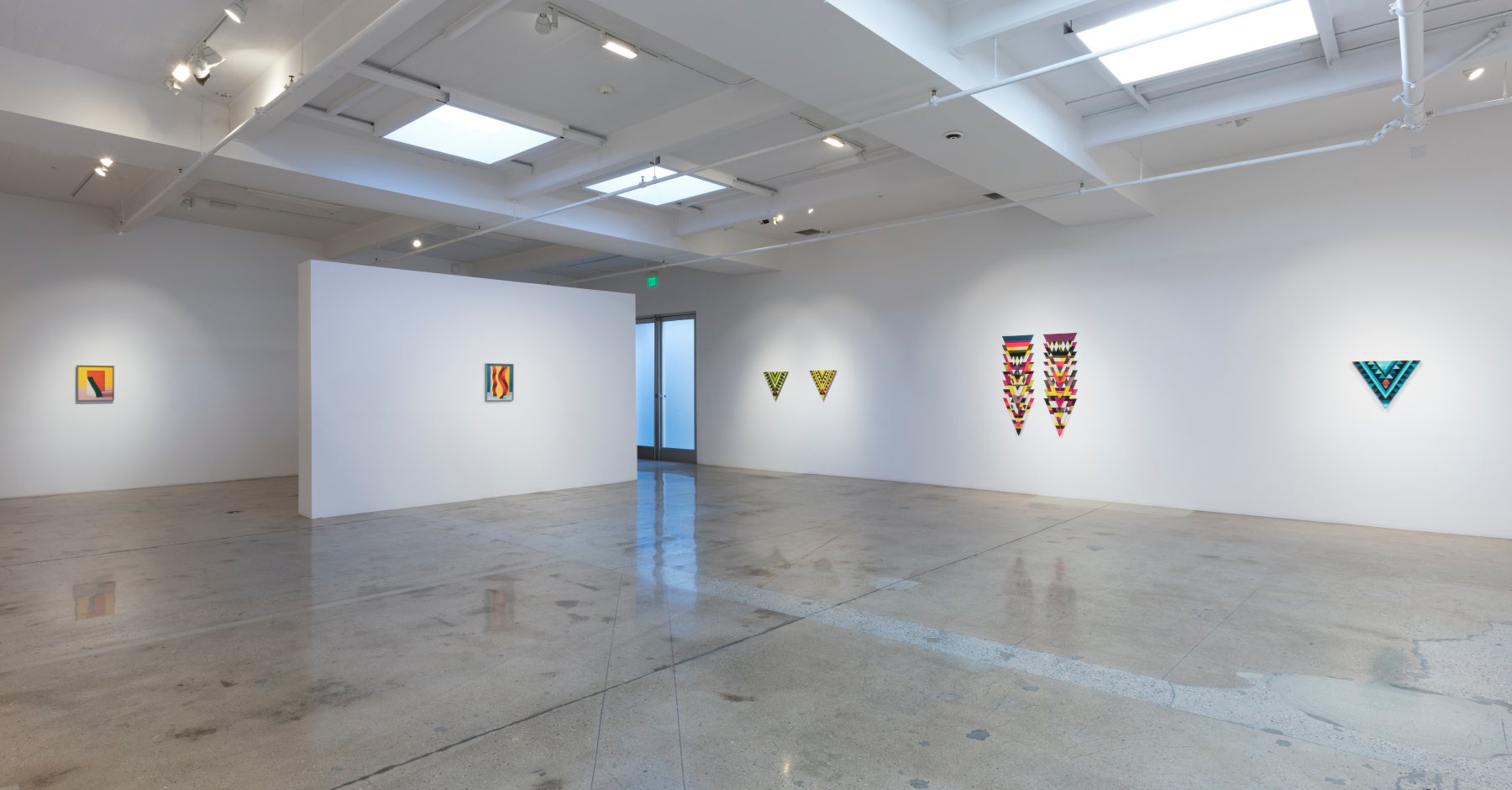 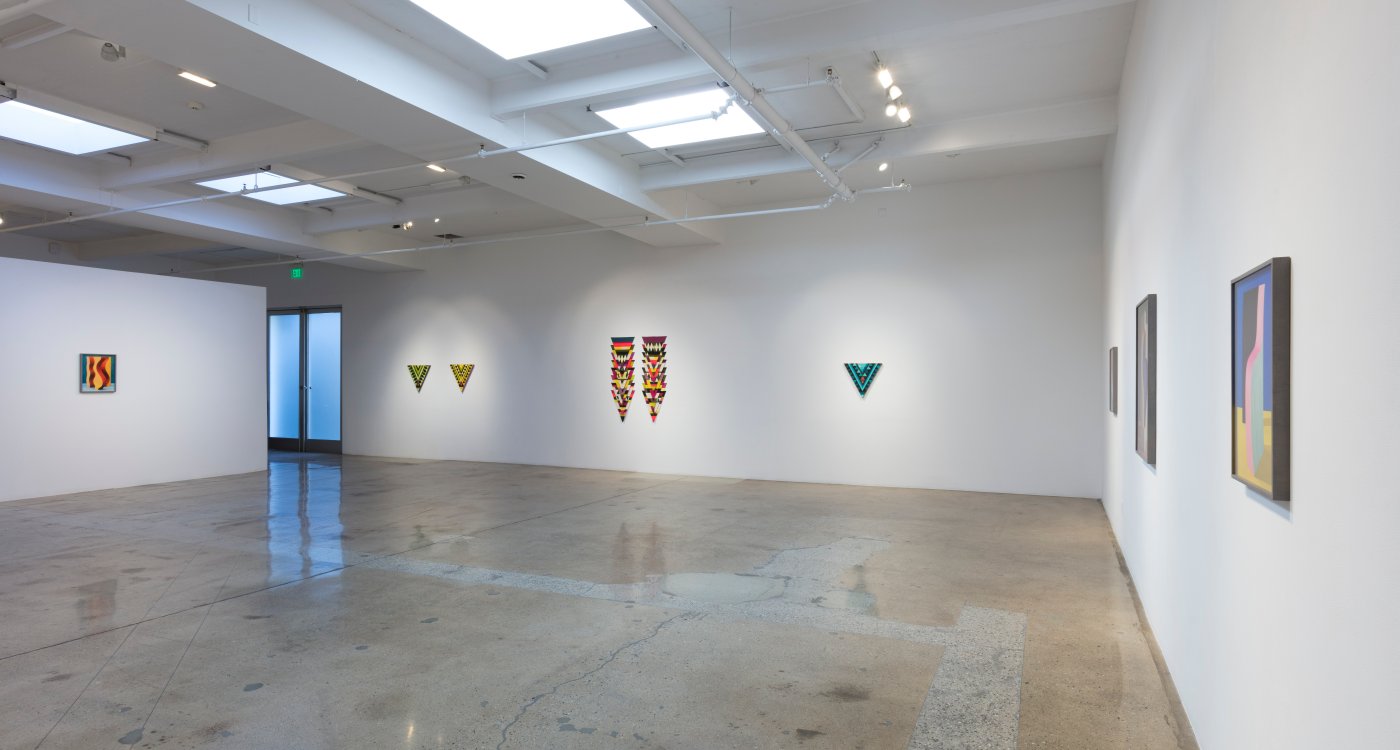 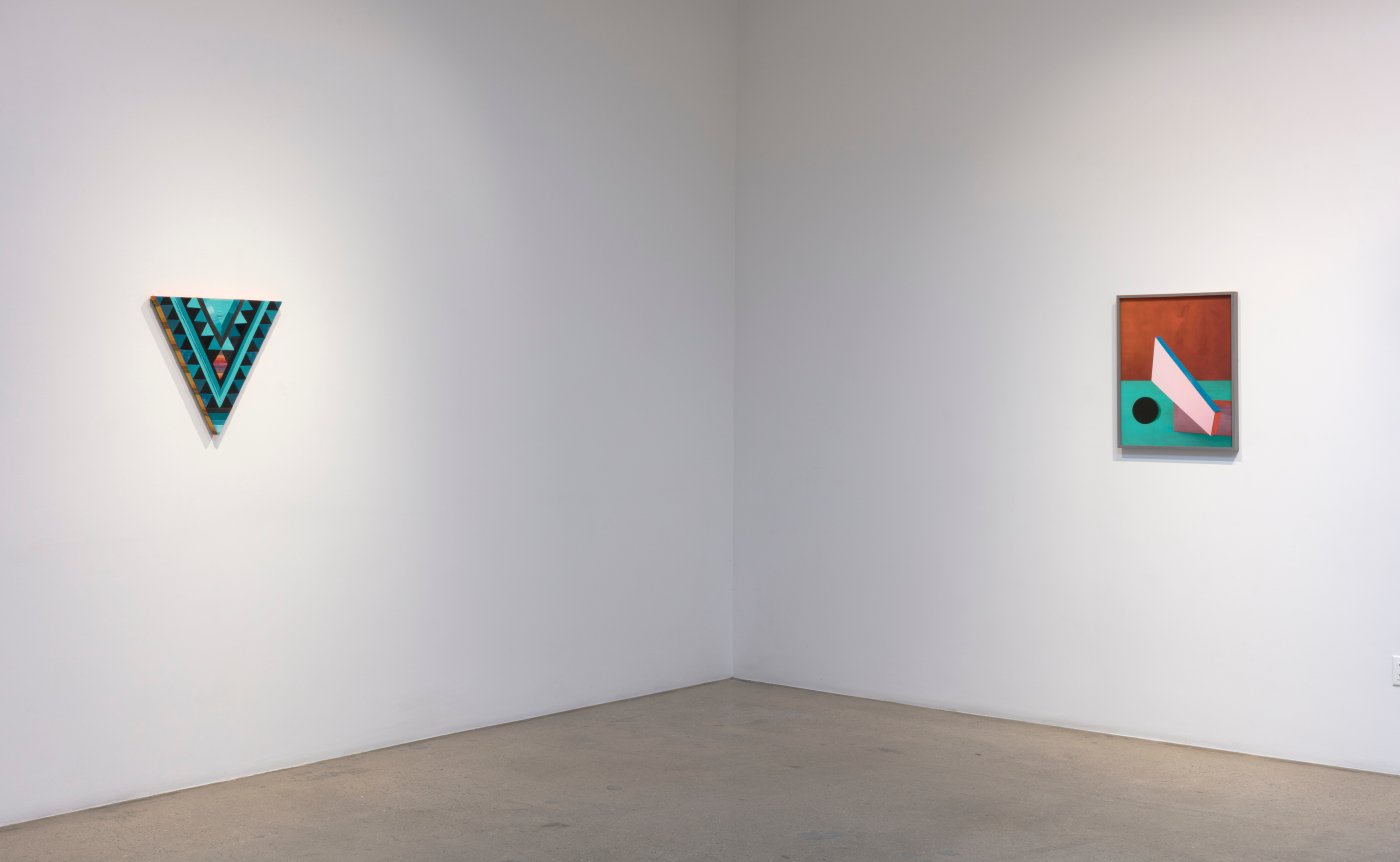 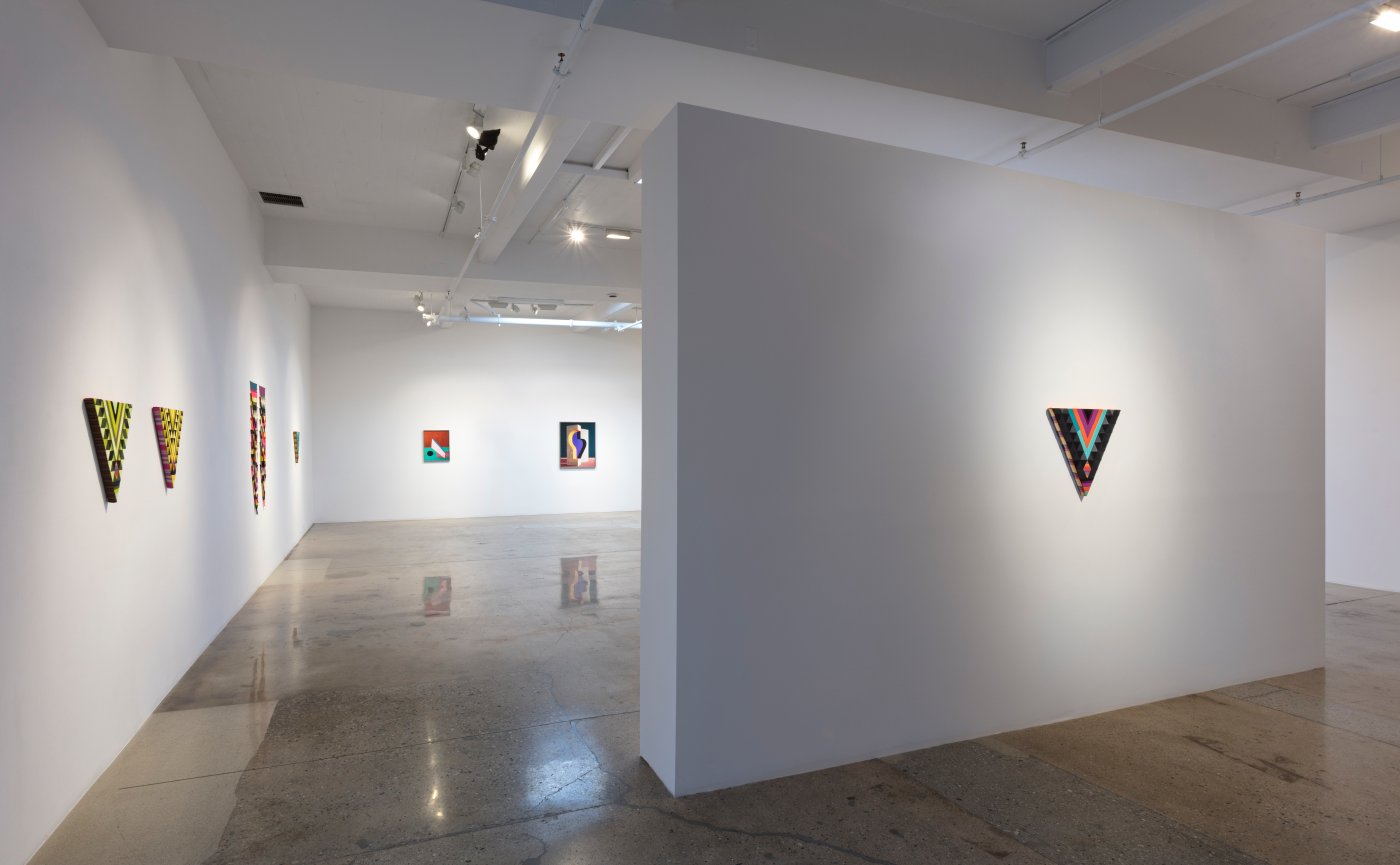 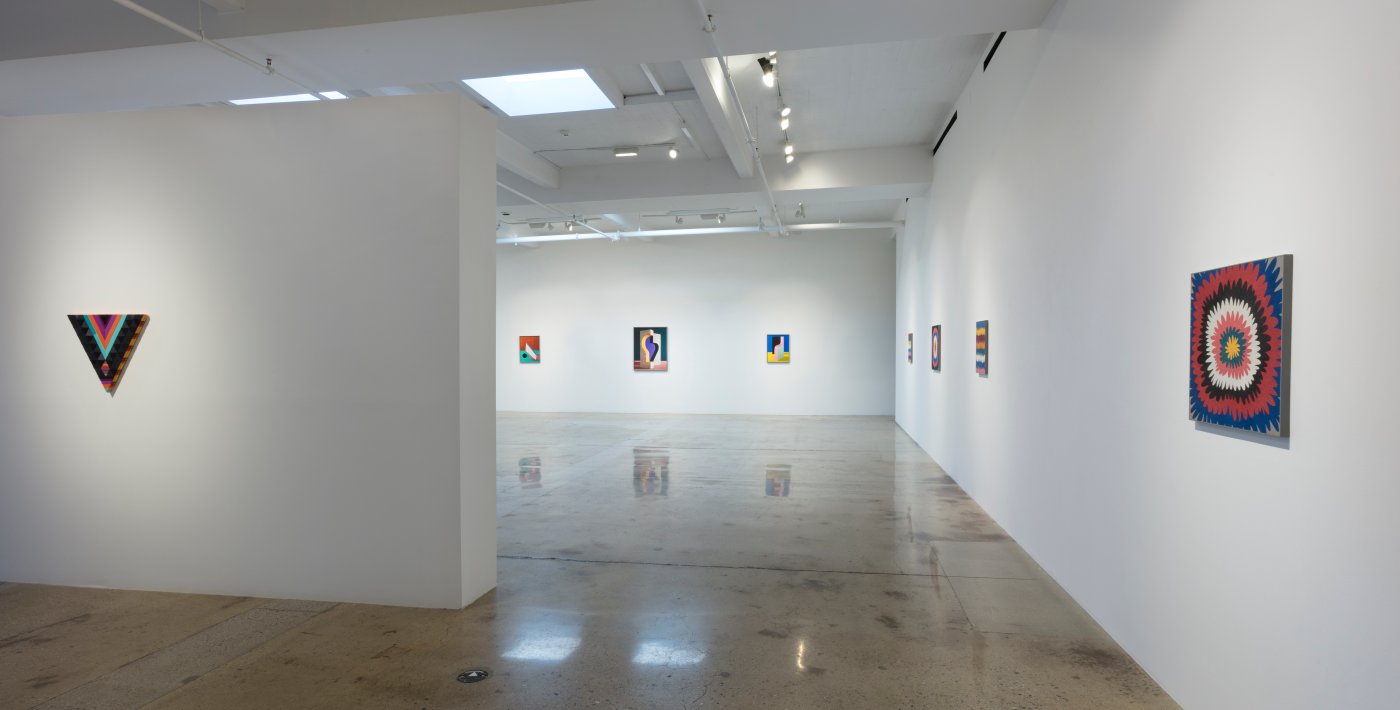 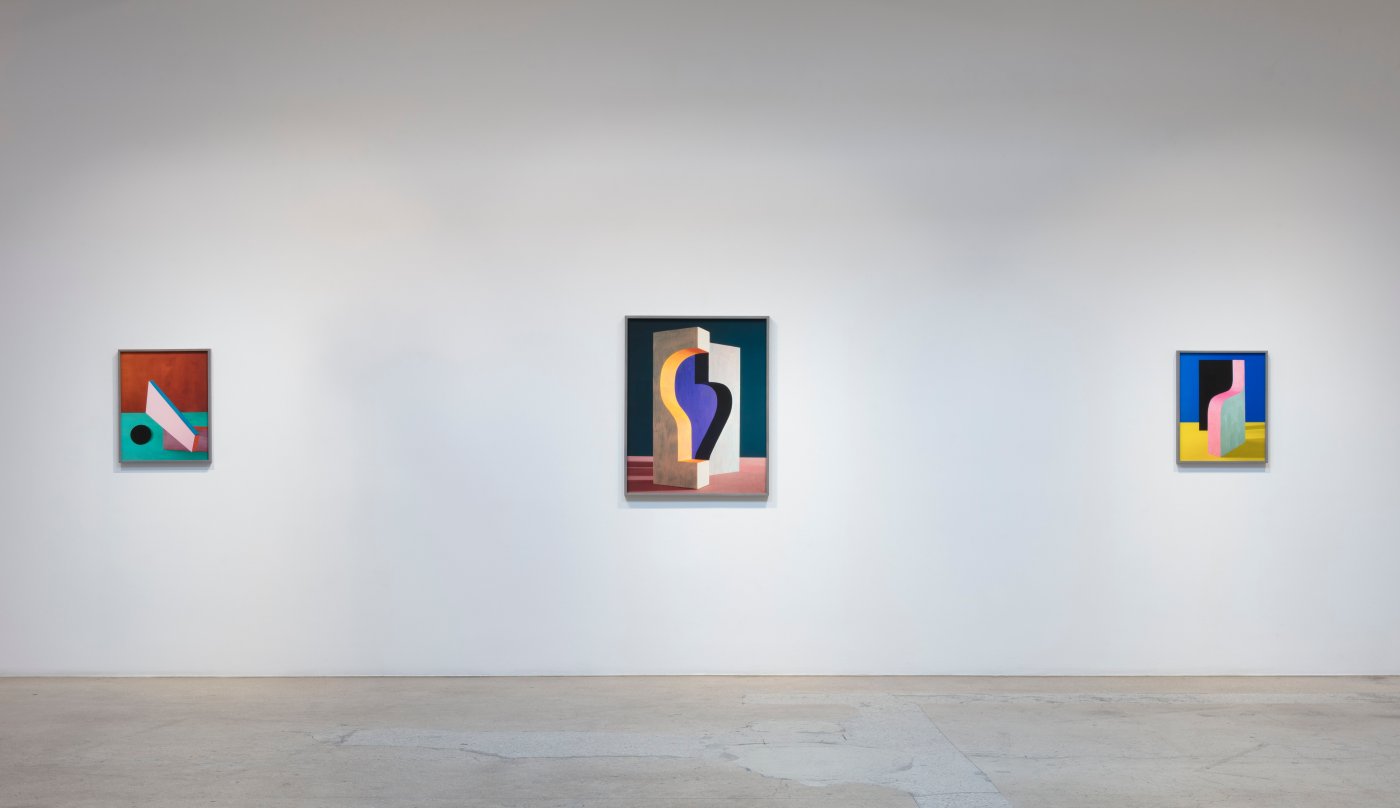 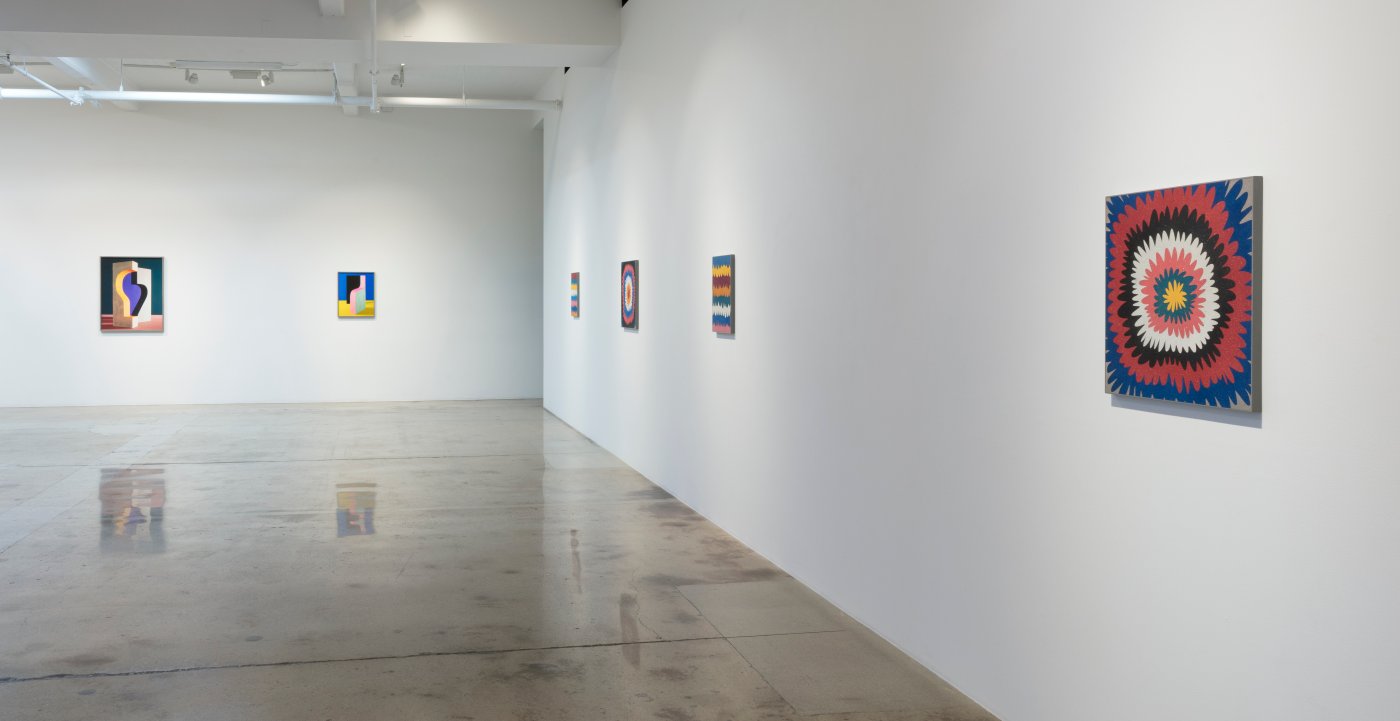 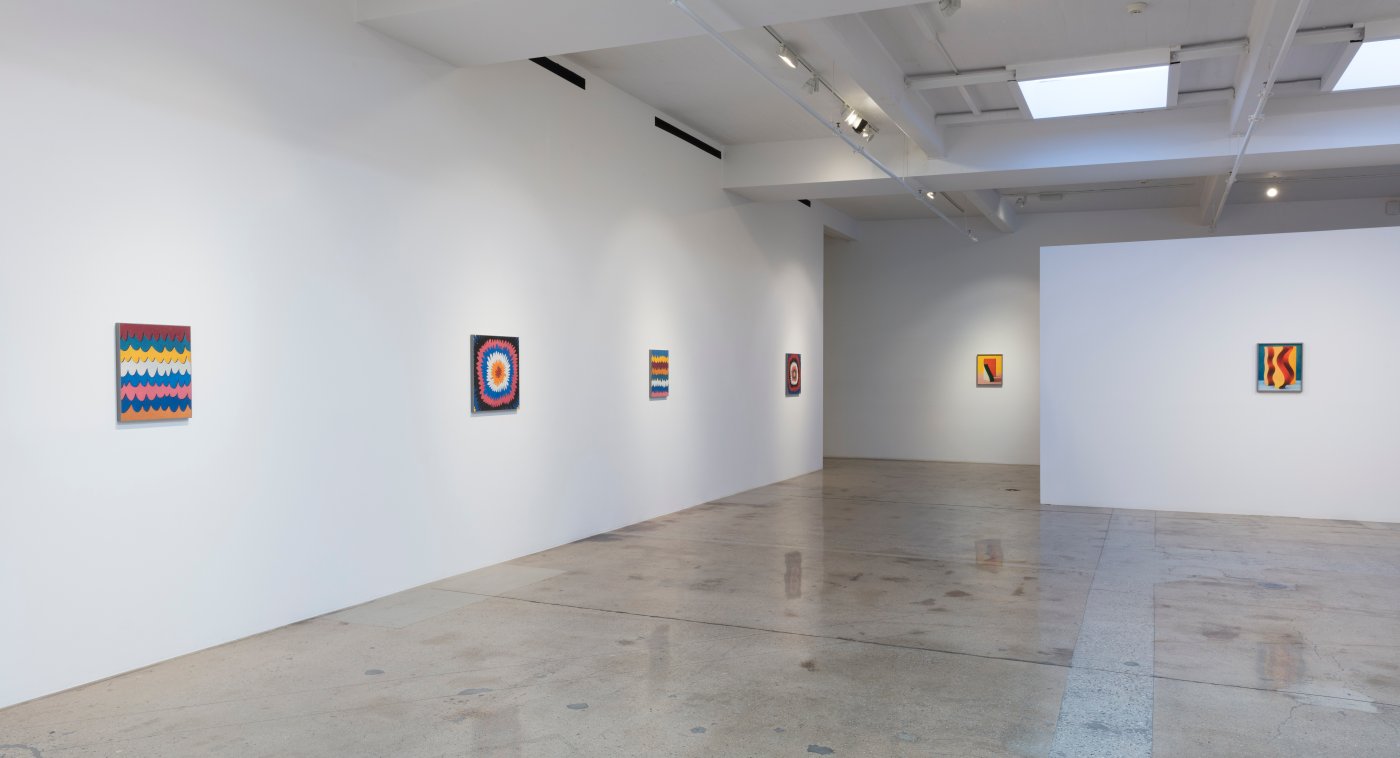 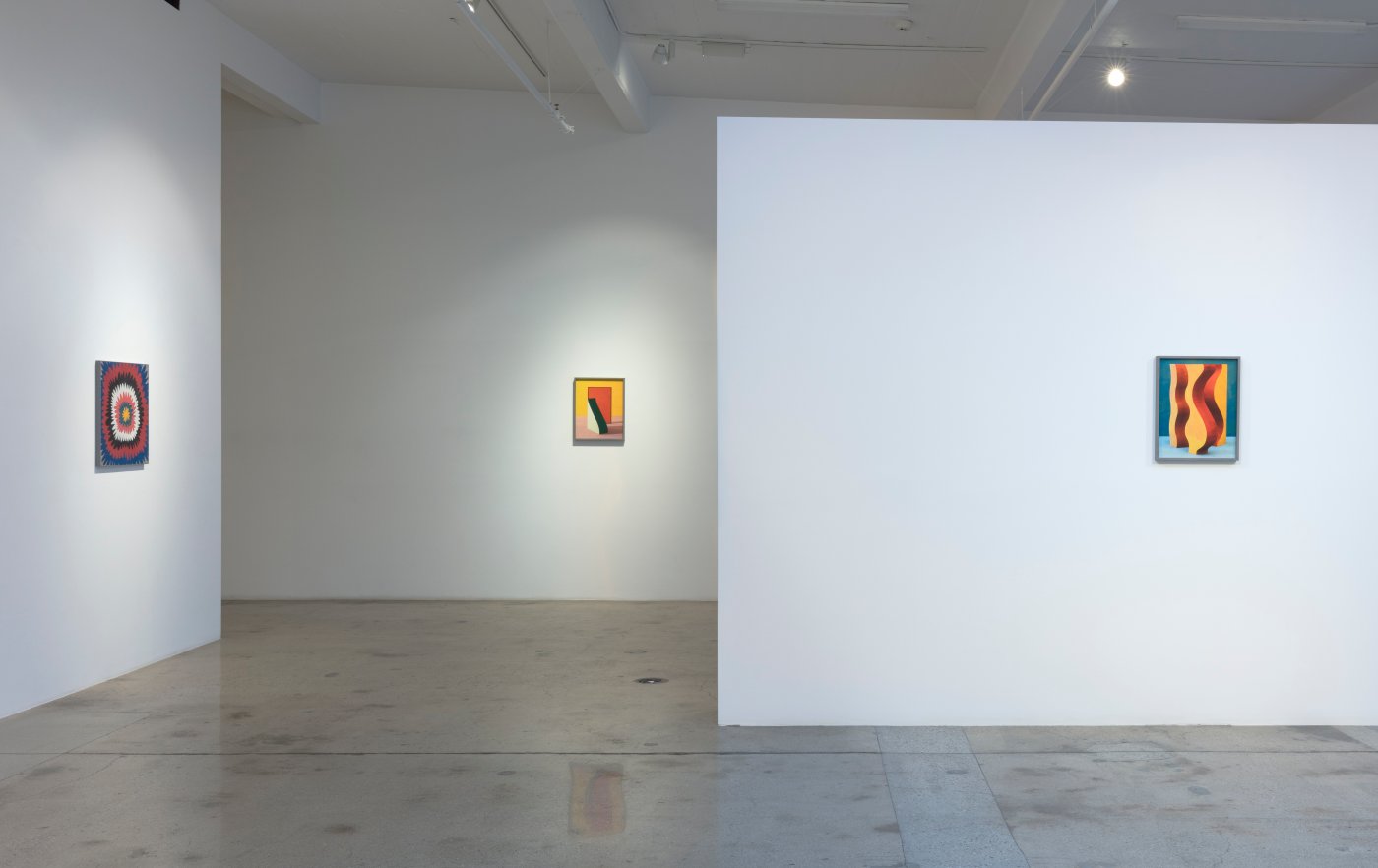 While figuration has eclipsed non-objective work during the last few years, these three artists demonstrate that the field of abstract painting is also expanding in interesting ways. Bold in color and composition, made of atypical materials and using innovative processes, their works convey joy, play and experimentation while presenting visual conundrums that are not easily solved.

Paolo Arao presents sewn paintings that incorporate the patterns and colors of Philippine textiles from a queer perspective. They relate to Hard Edge Painting, Op Art, Pattern and Decoration, Supports/Surfaces and American quilt making. Made with commercial fabrics, repurposed clothing, hand woven fibers and weathered canvas, they convey history and intimacy. Drawing from the textile tradition of the Philippines, Arao uses the triangular format to suggest a torso or a shield, a diamond shape to symbolize a protective and watchful eye and he adds a patch of a different color or pattern as a traditional Philippine lucky charm.

Rhys Coren is presenting paintings that can best be described as painted marquetry. They consist of numerous pieces of MDF board that he paints separately and then fits together like a jigsaw puzzle. Because of his meticulous process, there is only a hairline of space between the pieces. His textured surfaces are achieved by a variety of spray-painting techniques–he varies the distance of paint spray, the temperature and the pressure. Once everything is painted, he assembles the pieces in a tray frame and glues them together. His titles (Forty-five Played at Thirty-three and I Turned Around When I Heard The Sound) connote the link to sound in his images.

Erin O’Keefe is presenting colorful abstractions that encompass painting, sculpture and photography. She creates objects in order to photograph them, including wood-blocks and panels painted in bright colors that she arranges under various lighting conditions so that brush strokes are visible and so that the resulting shadows create geometric forms. With skillful lighting and photography, serendipity and chaos, O’Keefe transforms real objects into brightly colored two-dimensional geometric abstractions. Her final output is a unique archival pigment print, that, by being unique, bolsters her connection to painting.

Paolo Arao (b. 1977, Manilla) earned a BFA from Virginia Commonwealth University (1999) and later attended the Skowhegan School of Painting and Sculpture (2000). He has had solo exhibitions in 2020 at Bemis Center, Omaha and David B. Smith Gallery, Denver and will have a solo exhibition at the Columbus Museum of Art, Columbus, Georgia in 2021. Arao lives and works in Brooklyn.

Rhys Coren (b. 1983, Plymouth, England) completed a Postgraduate Diploma at the Royal College of Art, London (2016) and has had recent solo exhibitions at Seventeen Gallery, London and Grimm Gallery, New York. Coren lives and works in London.

Erin O’Keefe (b. 1962, Bronxville, New York) earned a BFA at Cornell University and a Masters of Architecture at Columbia University. She has had solo or two-person exhibitions at Denny Dimin Gallery, New York; Seventeen Gallery, London and Cooke Latham, London. O’Keefe lives and works in New York.

Courtesy of the artists and Steve Turner, Los Angeles