A never-before-seen collection of the artwork of multiple award-winning director, production designer, and costume designer Tony Walton is unveiled at the Mark Borghi gallery in Sag Harbor. The exhibition features approximately 100 works by the Academy Award- Emmy- and Tony winner. 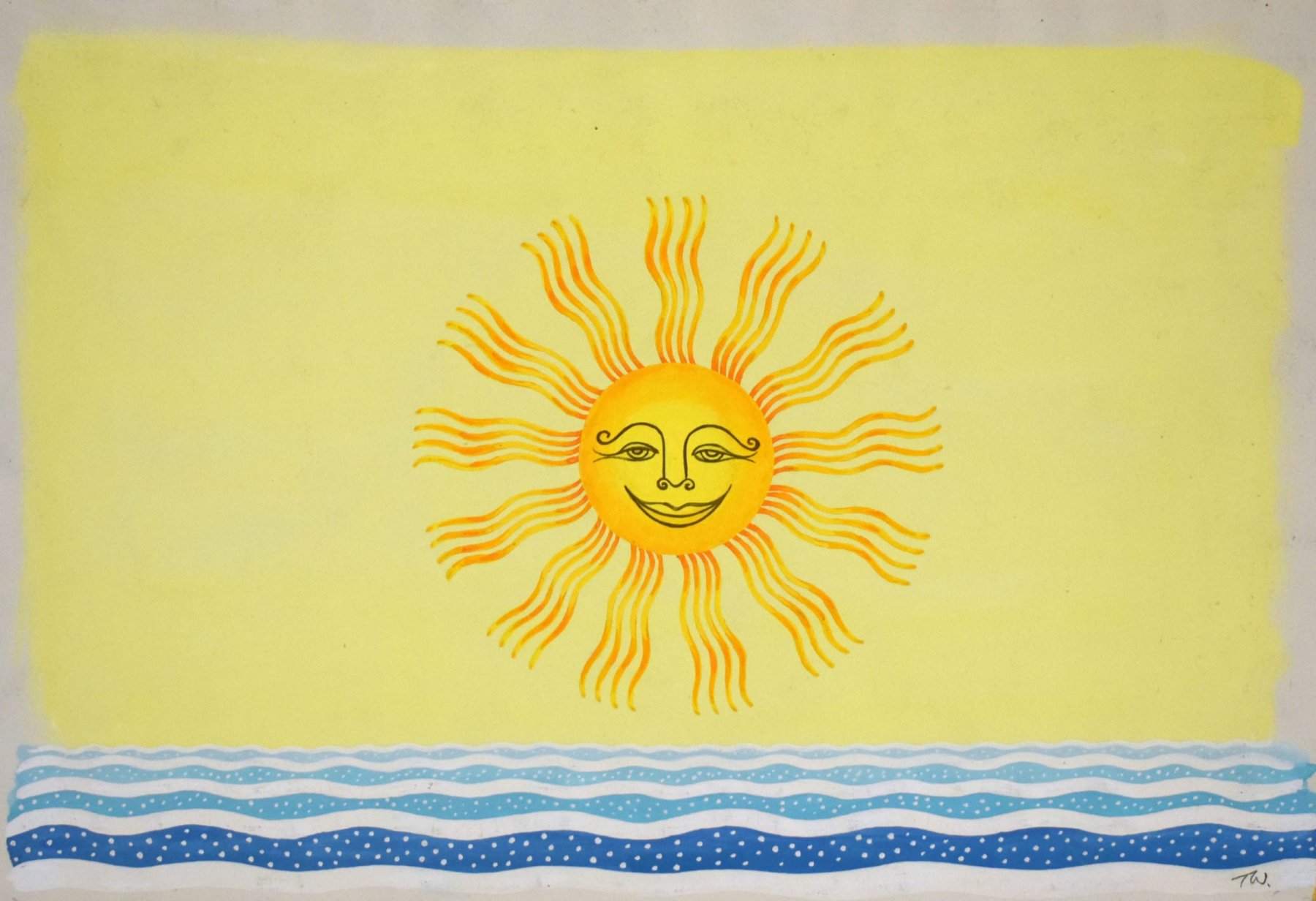 This marks the first time Walton’s work has been offered for sale in more than 60 years. The exhibition includes hand-drawn sketches, paintings and murals from Walton’s work on Broadway’s A Funny Thing Happened on the Way to the Forum, Guys and Dolls, Pippin, Annie Get Your Gun, Company, House of Blue Leaves, Sophisticated Ladies, A Christmas Carol, Uncle Vanya and more; as well as from the film versions of Mary Poppins, Murder on the Orient Express and All That Jazz; and the American Ballet Theater production of The Sleeping Beauty. A portion of the proceeds will benefit Bay Street Theater.

The prolific artist is highly regarded for his versatility of form, function, and style.

“I’ve tried hard to never repeat the look of anything I’ve already designed,” says Walton. “It’s been important for me personally so I can learn and grow and as artist, and even more so for every production to have its own unique signature look.”

Standout pieces in the show, curated by Marisa Borghi, include costume sketches for Whoopi Goldberg in A Funny Thing Happened on the Way to the Forum; pen-and-ink wardrobe drawings of Sean Connery, Vanessa Redgrave, Lauren Bacall, Michael York, Jacqueline Bisset and Ingrid Bergman for Murder on the Orient Express; watercolors of Lillian Gish, Julie Christie, and George C. Scott for Uncle Vanya; and original preliminary sketches for Mary Poppins.

“Tony Walton and his work have been at the forefront of the Broadway and film art scene for the past 7 decades. He’s a creative giant whose artistry has left an indelible mark on our culture,” says Ms. Borghi. “We are pleased to be able to offer so many works from this prolific and prodigious talent.”

Walton earned the Academy Award in 1980 for Best Art Direction for All That Jazz and was nominated for his work on the film versions of Mary Poppins, The Wiz and Murder on the Orient Express. His Emmy Award came for Outstanding Art Direction for Death of a Salesman in 1985. Walton’s Tony Awards were won for Best Scenic Design for Pippin (1973), The House of Blue Leaves (1986) and Guys and Dolls (1992). Nominations were earned for his work on Chicago, Anything Goes, Grand Hotel, The Will Rogers Follies, Uncle Vanya, The Apple Tree, A Day in Hollywood / A Night in the Ukraine, The Real Thing, The Front Page, Lend Me a Tenor, She Loves Me, and Steel Pier. Walton won Drama Desk Awards for Shelter and Social Security and BAFTA nominations for Murder on the Orient Express.

An Art Directors Guild Lifetime Achievement Winner, Walton has been honored by the American Museum of the Moving Image, The Noel Coward Society, the National Arts Club and The Library of Congress, as well as locally at Guild Hall in East Hampton and most recently at Bay Street Theater in Sag Harbor, where a retrospective of his work remains on display. He lives in Manhattan with his wife, Gen LeRoy-Walton, and is the father of Emma Walton Hamilton–whose mother is Julie Andrews–and stepfather of Bridget LeRoy.