Marian Goodman Gallery presents Incidents, an exhibition of new sculptures by Tony Cragg. The exhibition presents the latest developments and formal innovations in Cragg’s sculptural practice with new works from 2021-2022 in stone, bronze, steel, and glass, as well as works on paper. 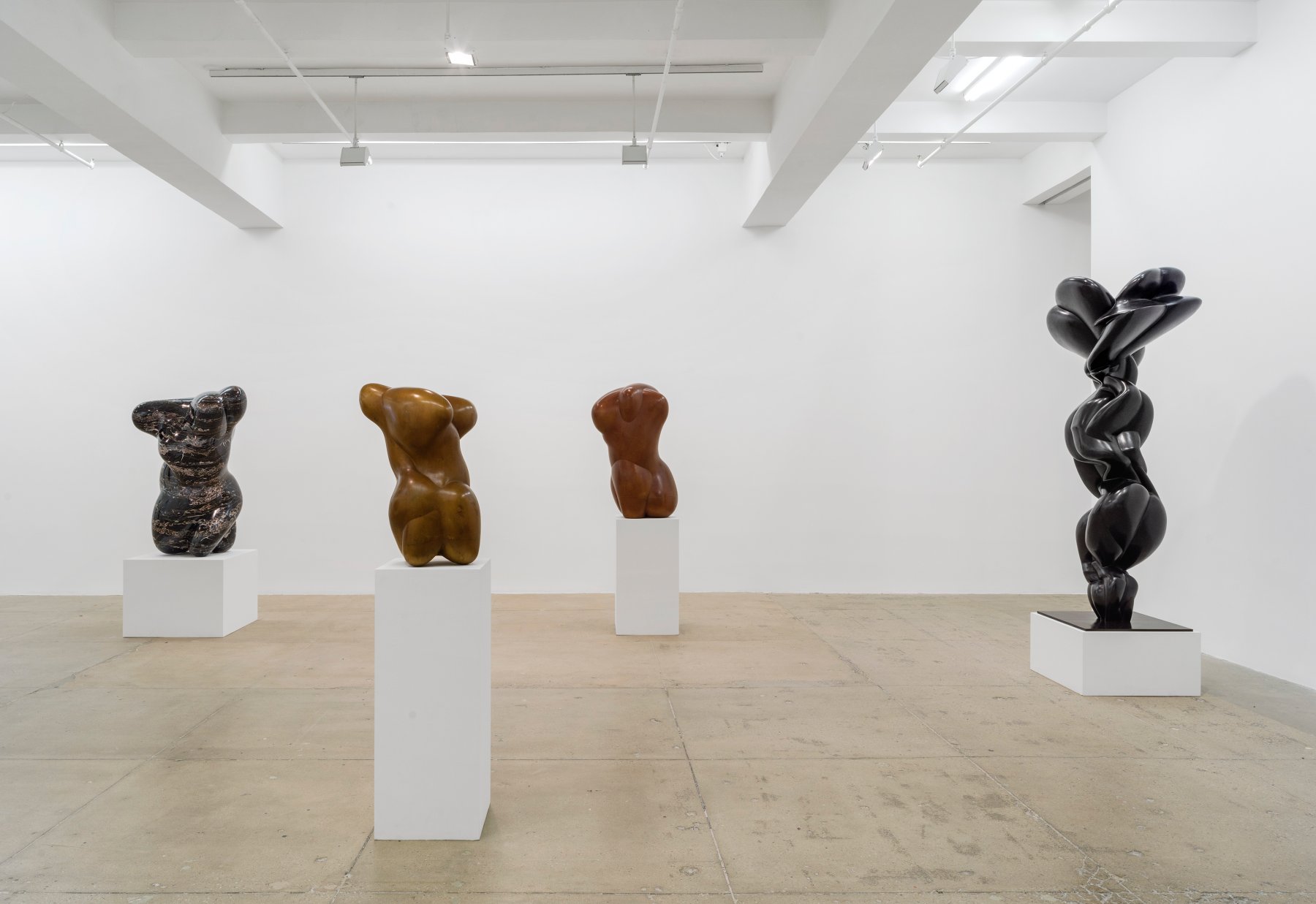 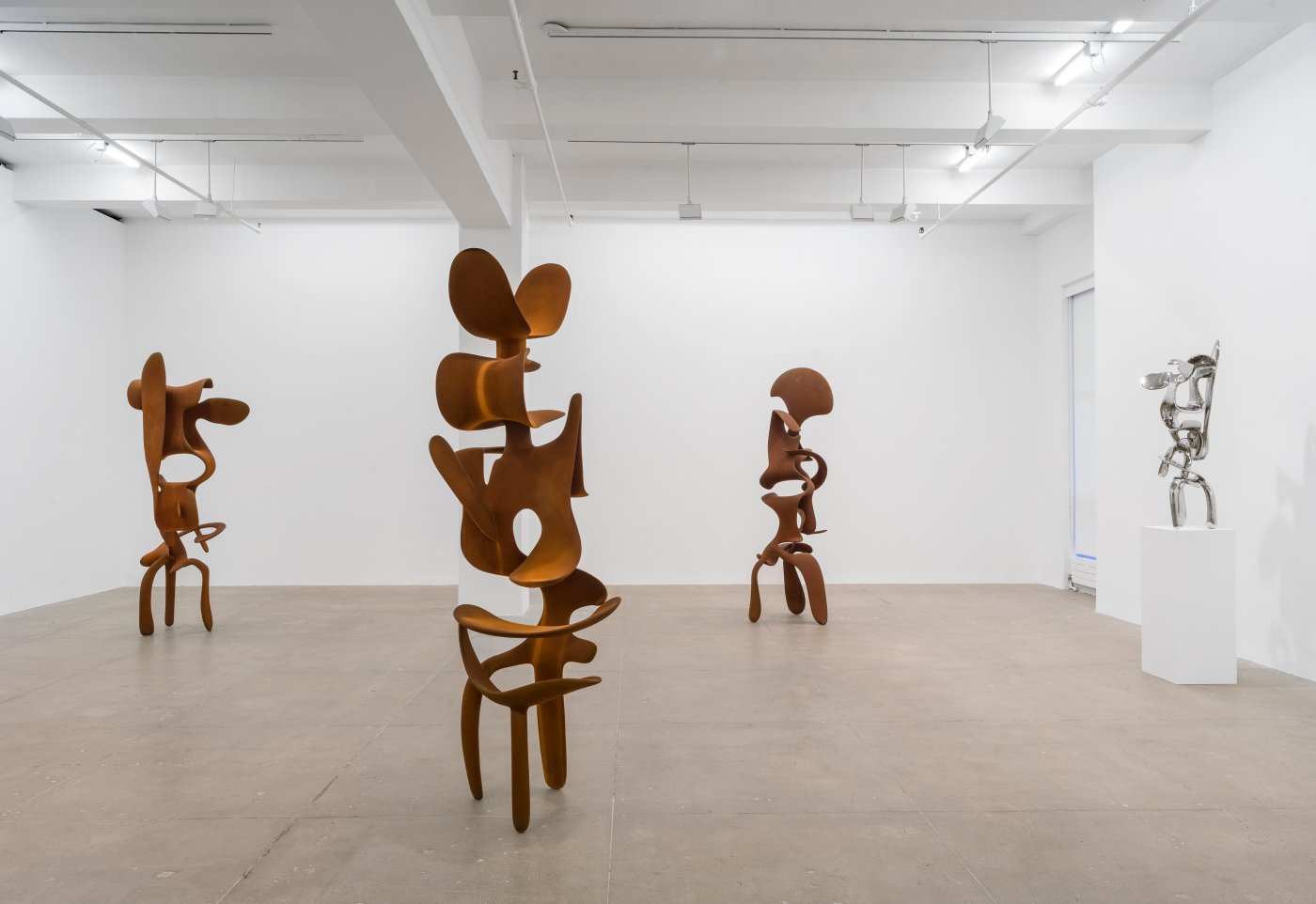 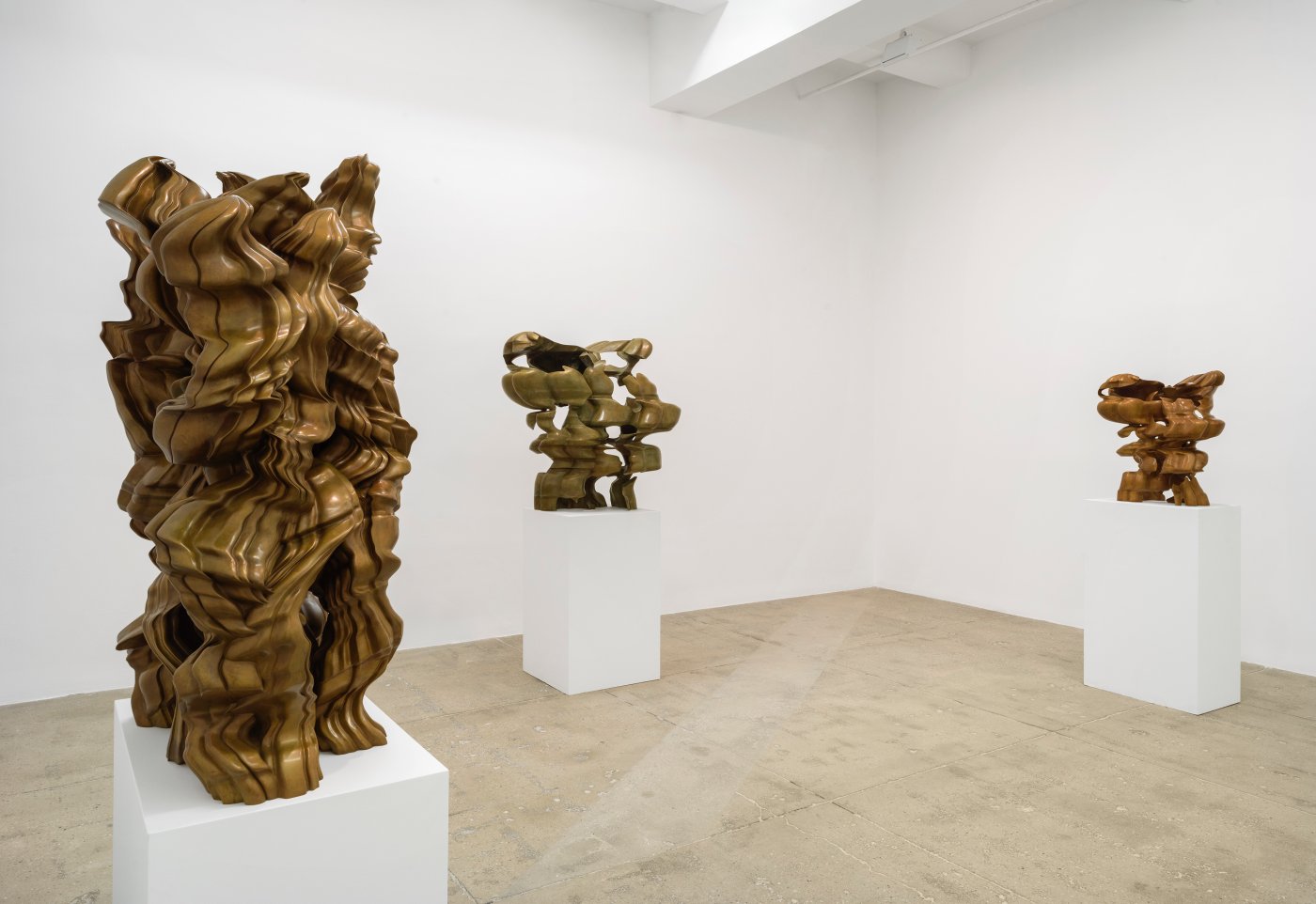 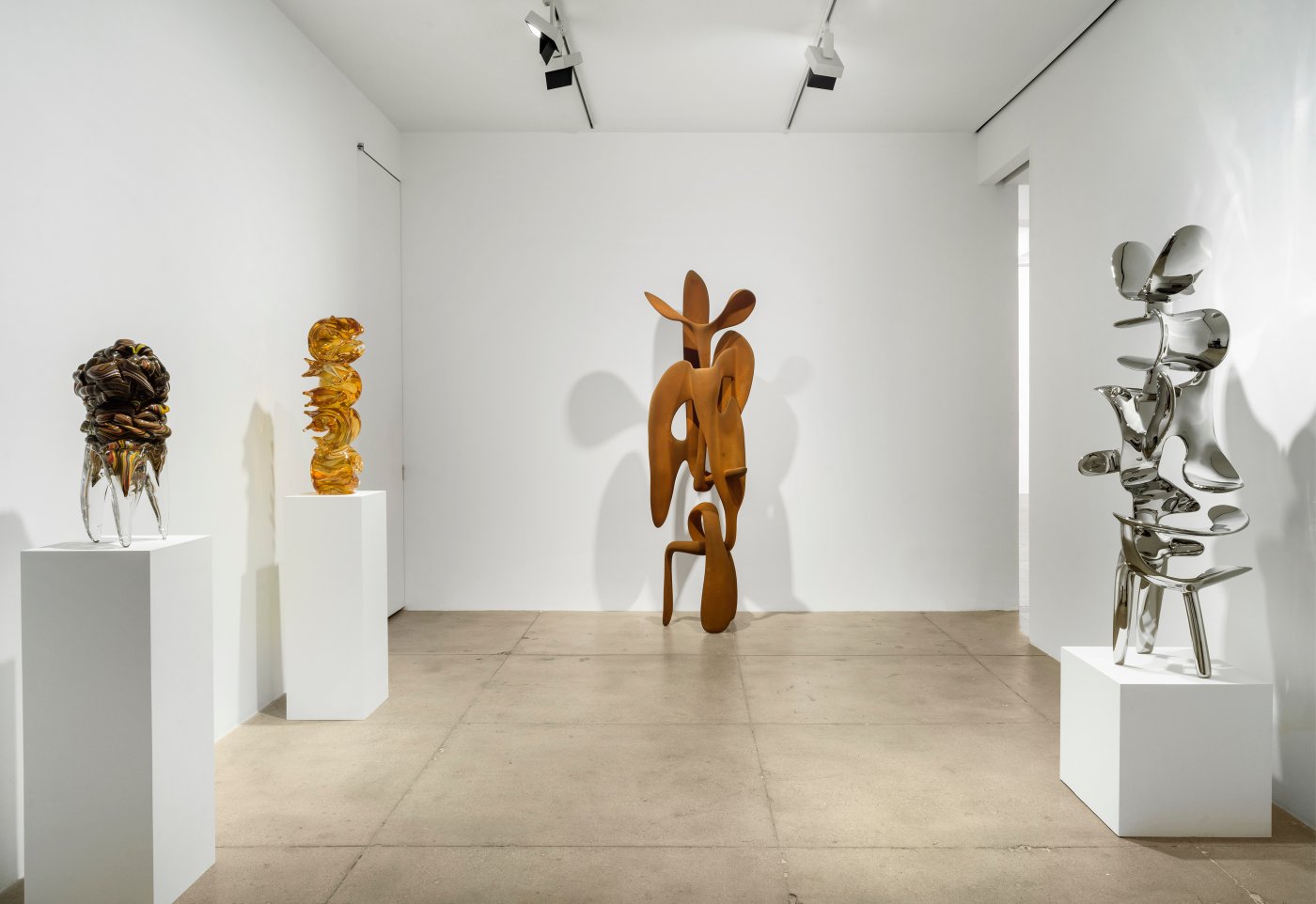 Over the past three decades, Cragg’s complex approach to polymorphic forms has broadened and transformed our understanding of what sculpture can be, and demonstrated how to imagine beyond the confines of the quotidian and utilitarian spheres. Harnessing the expressive potential of materials and the interpretive syntheses of energies therein, Cragg’s lifelong dedication to the study of the material world – how materials affect, inform, and shape us – is on view in his ever-evolving and acutely observant re-interpretation of the world.

Throughout his career Cragg has experimented with a range of forms, often working in groups or ‘families’ of works. From found objects and assemblages, to cumulative and sedimented forms, to vessels and mathematical structures, and from stacks and striations to human profiles and open structures, Cragg’s varied approaches investigate body, material, object, and space and the relationship between them. Summoning ideas and emotions in the viewer, he challenges us to look beyond the imitation of nature—to dream beyond the nascent and imagine meaningful forms that have not yet been made. Often these dreams begin in the daily practice of drawing, visualizing the unseen, unearthing the interstices of a new reality.

In the current exhibition, a new series of sculptures are shown here in the US for the first time. Beginning in the North Gallery, sculptures in wood, bronze and stone explore the unexpected interface between abstraction and figuration. Masks, made from stacked and rounded strata, allude to antecedents of striation and compression in Cragg’s work and summon ancient and contemporary forms. Justine, a large abstract bronze sculpture in blue, explores volume and scale. Integers, lush, sinuous forms in stone and bronze, are derived from an intimate series of compositions, and rendered here as a composite of fragments, a torso, for instance, devoid of anatomic elements.

In the adjacent viewing room, Cragg’s Dreamsleepers, 2022, in steel, are based on an African headrest that fascinated him for its closeness to the original branch that it was carved from, with its animated form and its minimalist structural functionality: a combination of rationality and dream-like thought.

In the South Gallery, Cragg advances his inquiry into open steel structures that he has been exploring for the last ten years in a series of works he then called Hedges, a reference to the thickets and plants he experienced as a child in the south of England. In the new series Incidents, Cragg exploits the innate physical strength of steel to look at the essence of gravity-resisting structures without resorting to industrially formatted materials, such as i-beams and the sheet materials that have dominated and dictated steel forms since the beginning of its historical usage in sculpture making. These upright formations pulse with positive and negative space and refute any proclivity of gravity or stasis. The works, Incidents Solo, Incident Horizon and Incident Stem, cast in corten steel as well as stainless steel, release these strongest of materials from their stiff, jarring industrial components.

Hollow Heads feature composite elliptical heads, each with hollowed forms that are subtracted from and rest inside one another. An intricate tête-à-tête of fragments in dialogue with one another, they articulate Cragg’s interest in interiors and fragmentation.

In No Time, a bronze work, equates complex geological form with organic agglomerations such as bacteria colonies, plant cultures and human crowds.

Cragg’s original compositions in glass mark the return to a material which he experimented with in the nineties. Here, he interprets the form in novel ways, working with master glass makers to manipulate matter in its molten state into original hand-blown sculptures. Whereas the earlier glass works investigated found forms such as the glass bottle, which later prompted inquiry into the vessel itself, the new works, such as Curl or Processor, originate in singular compositions and around themes such as the mutability of totemic form, compound structures, and the axial rotation of an object.

Drawing has been a foundational part of Cragg’s practice. An extension of inquiries into sculptural thinking and daily gestural impulses, Cragg’s engagement extends beyond preparatory works for sculptures. In this exhibition, we are delighted to present a series of recent works on paper which reiterate drawing as both distinct from, and related to, his sculptural work.

Important upcoming projects in 2023 include solo exhibitions at Graphische Sammlung Pinakothek der Moderne in Munich and The Twist at Kistefos in Norway.

Tony Cragg was born in Liverpool, England in 1949. He has lived and worked in Wuppertal, Germany since 1977. He has been the recipient of numerous awards including the Order of Merit of North Rhine-Westphalia (2018); the Lifetime Achievement in Contemporary Sculpture Award, The International Sculpture Center (2017); the Barnett Newman Foundation Award (2016); the Commander of the Most Excellent Order of the British Empire, (CBE) (2016); the Rheinischer Kulturpreis, Sparkassen Kulturstiftung, Rhineland (2013); the Cologne Fine Art Award (2012); the prestigious Praemium Imperiale Award, Tokyo (2007).

He represented Britain at the 43rd Venice Biennale in 1988, and the same year was awarded the Turner Prize at the Tate Gallery, London. He served as Director of the Kunstakademie, Dusseldorf, after having been a Tutor and Professor there since 1978.