Galleri Magnus Karlsson presents Tommy Hilding’s thirteenth solo exhibition at the gallery. The paintings in the exhibition Revisited invite us to travel in time, from today’s urban world to the dramatic landscape depictions of romanticism. 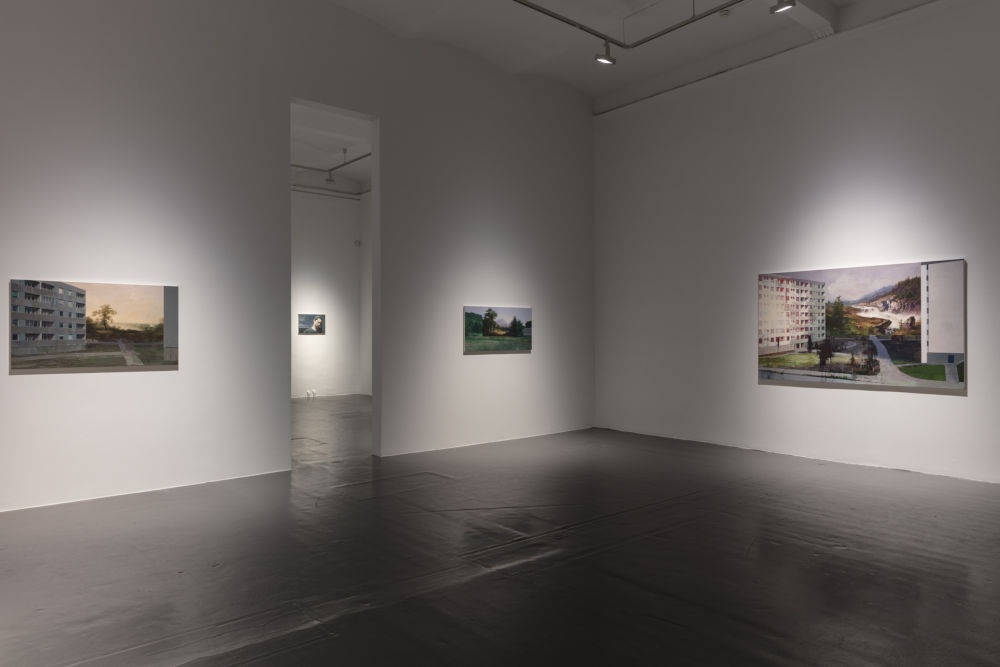 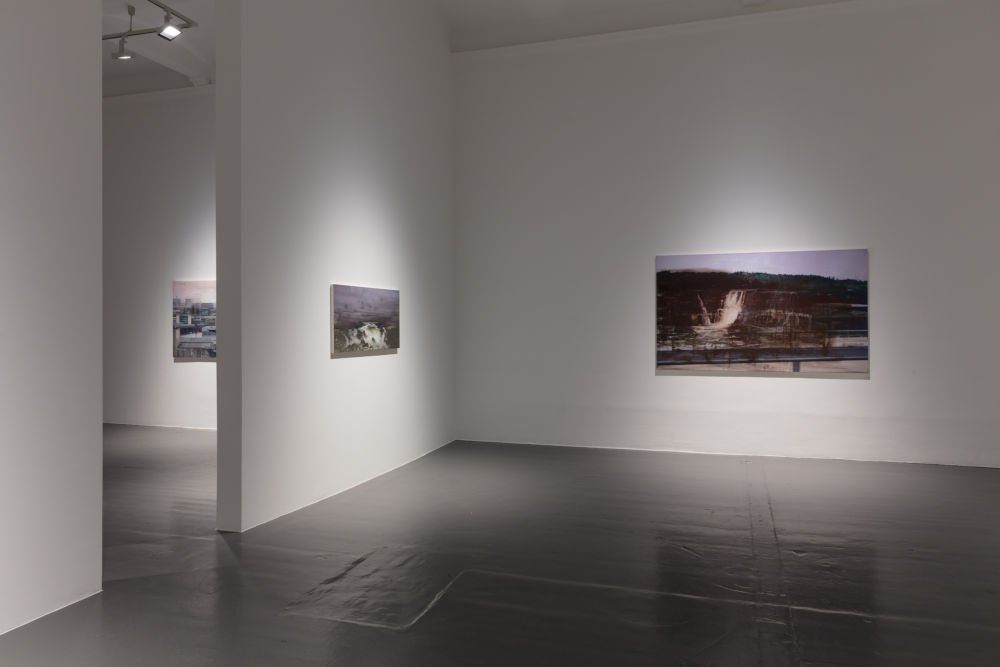 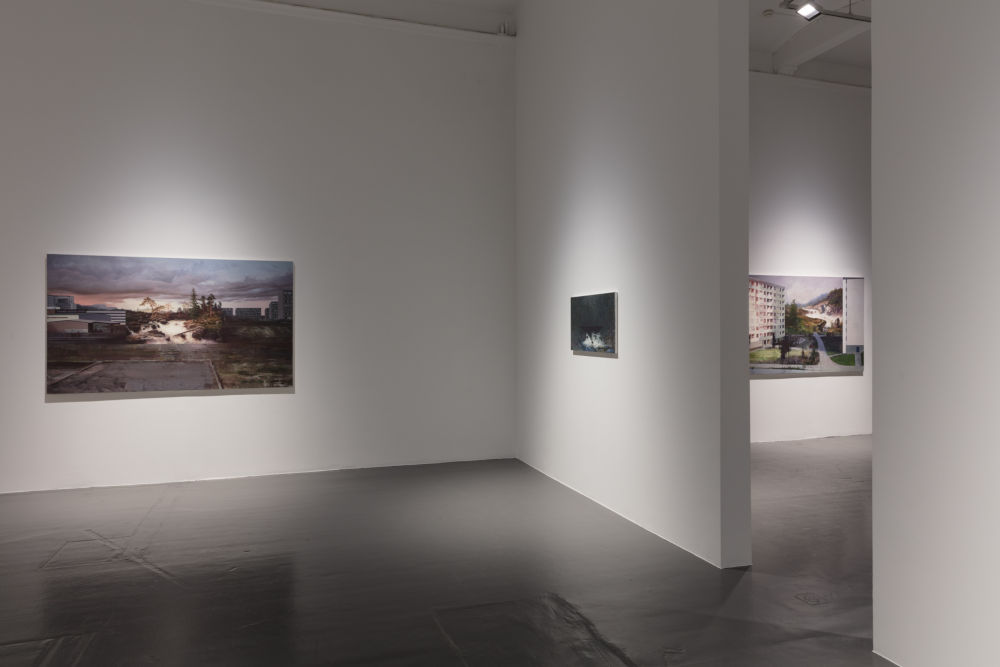 Already in his last exhibition at the gallery, Escapeland (2016), Tommy Hilding began to incorporate fragments from 19th century paintings in his imagery. His interest in this time period has been known for a long time, although the connection to his own work has not been evident. Hilding’s works have been in the epicenter of a contemporary reality with anonymous concrete cities, misanthropic social structures and depictions of human vulnerability. A world that probably can be seen as a counterpoint to romantic landscape paintings. In the new paintings, Hilding effectively brings togehter the extremes, but also points out similarities.

In the news we see overwhelming bodies of water that bring down houses, cars and people in shocking pictures. Dramatic film sequences of events difficult to grasp. Effects of humanity’s influence on landscapes, topography and weather systems.

In front of paintings by 19th-century artists, we see similar images. Dramatically swelling water masses rush forward with the raging forces of nature. Landscapes still unaffected by human transformations. The past, but also the present, visions of the pristine and genuine.

Water plays a leading role in the exhibition. It leaks into the quiet and solidified urban landscapes and industrial areas like an organic force. The stable compositions of the paintings break and give way to a pent-up need for a primitive nature.

Tommy Hilding has tenderly merged motifs from artists such as Marcus Larsson (1825–1864), Alfred Thörne (1850–1916) and Axel Nordgren (1828–1888) into his work and has thereby also broken up and renewed his own language. The content of the paintings reminds us of current and important issues, but also testify to an artistic search and a fellowship with a bygone era.

In conjunction with Gallery Weekend Stockholm on November 16–17, the gallery is open Saturday–Sunday 12–6 pm. On Sunday, November 17 at 2 pm, join the gallery for a talk at between artist Tommy Hilding and Carl-Johan Olsson, curator at the National Museum in Stockholm.