Galleri Magnus Karlsson presents a solo exhibition with Tommy Hilding at Hellvi Kännungs, Gotland this summer. Borealis is a new suite of paintings that has emerged in recent years. The exhibition is named Borealis after the northern taiga forest belt that runs around the northern hemisphere. The exhibition presents the paintings with Brian Eno’s musical piece Compact Forest Proposal from 2001 as the surrounding soundscape. 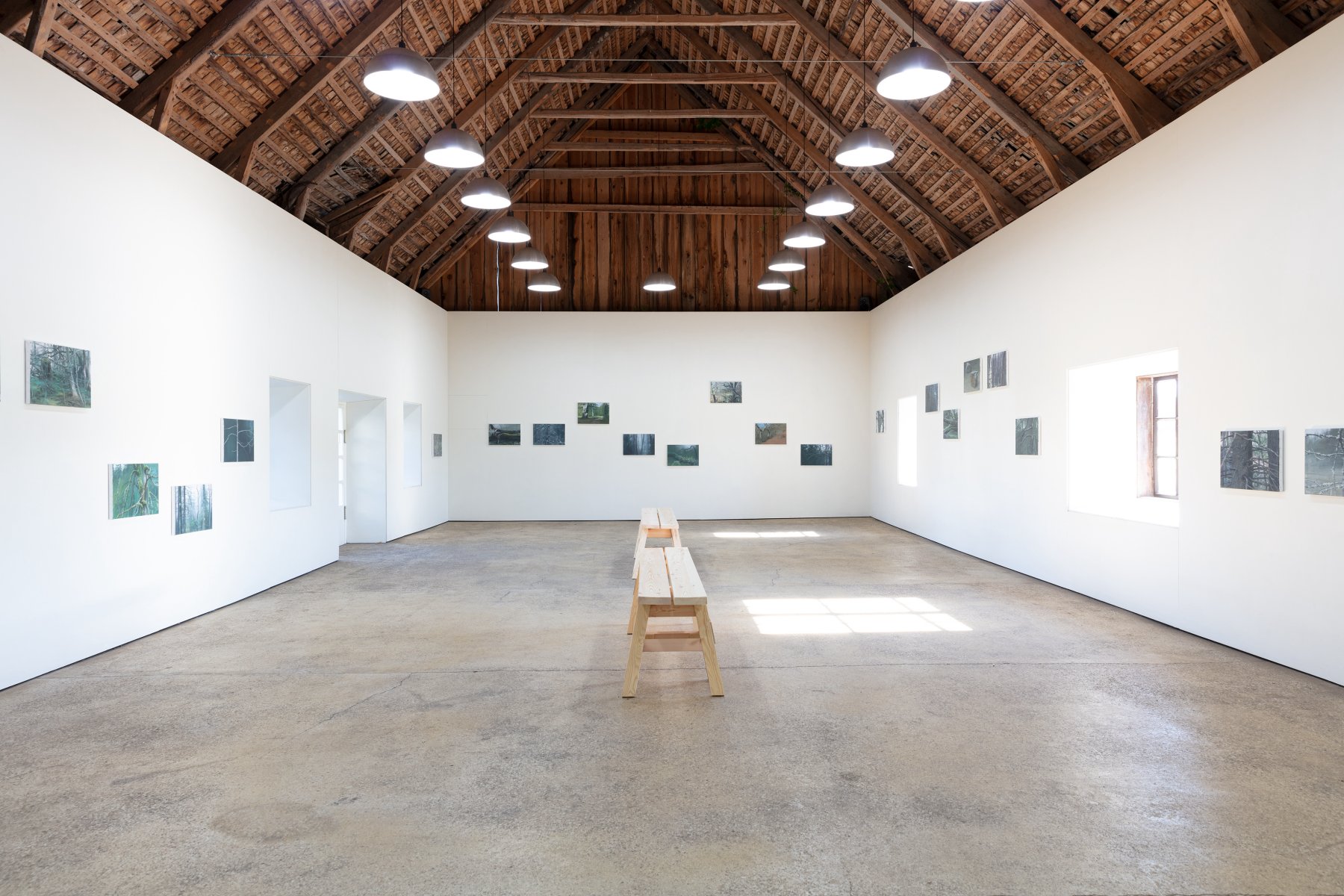 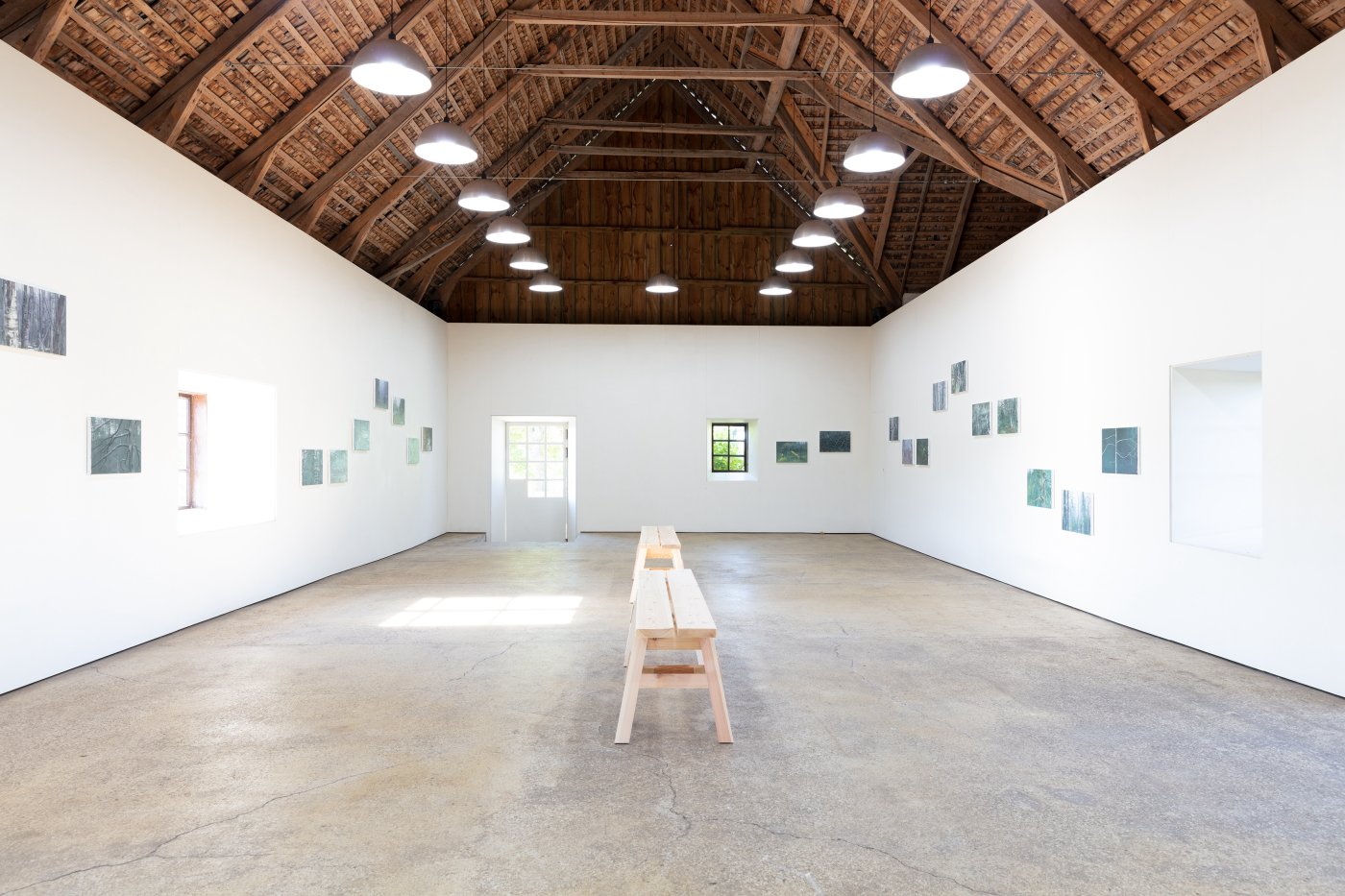 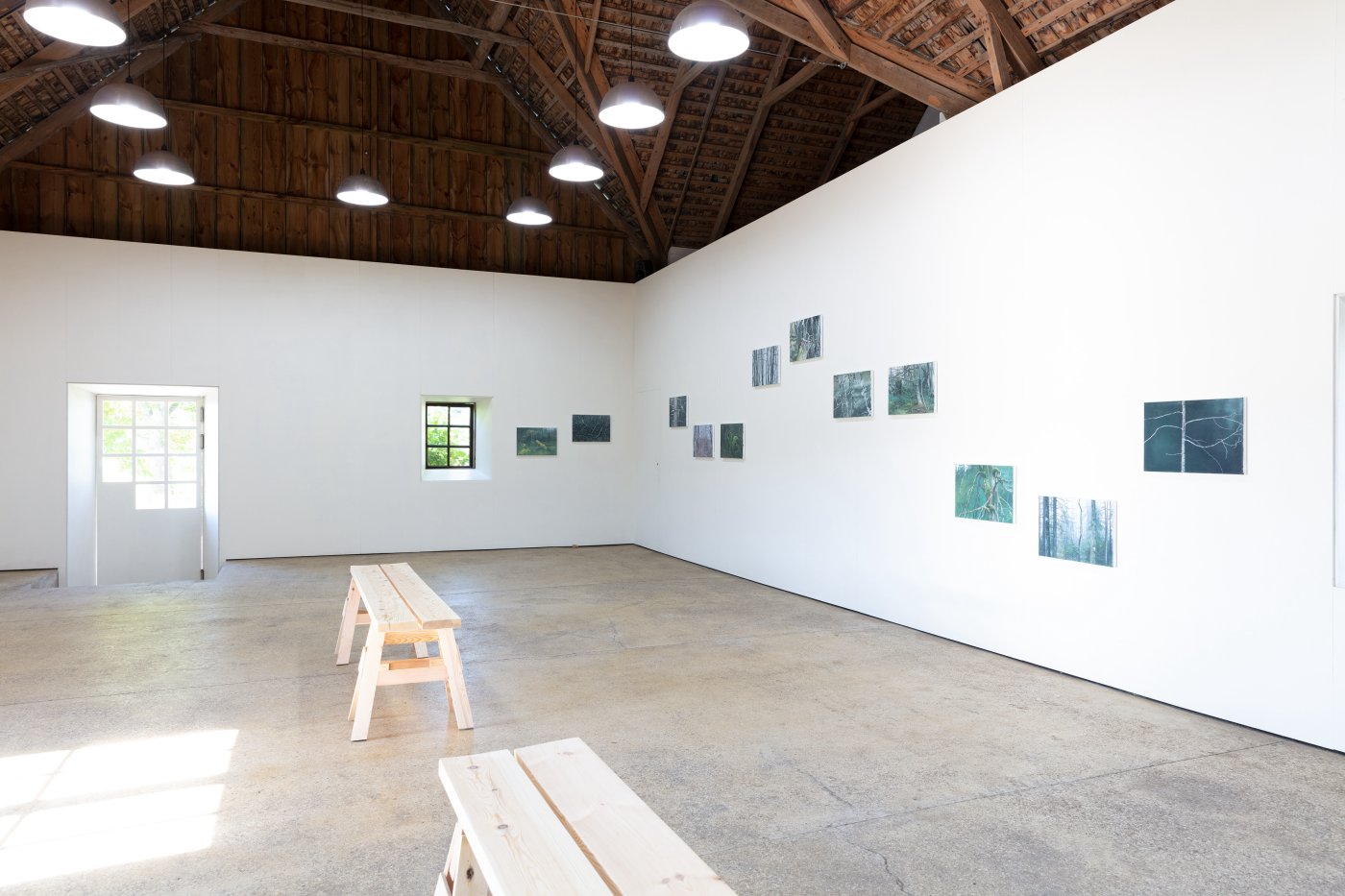 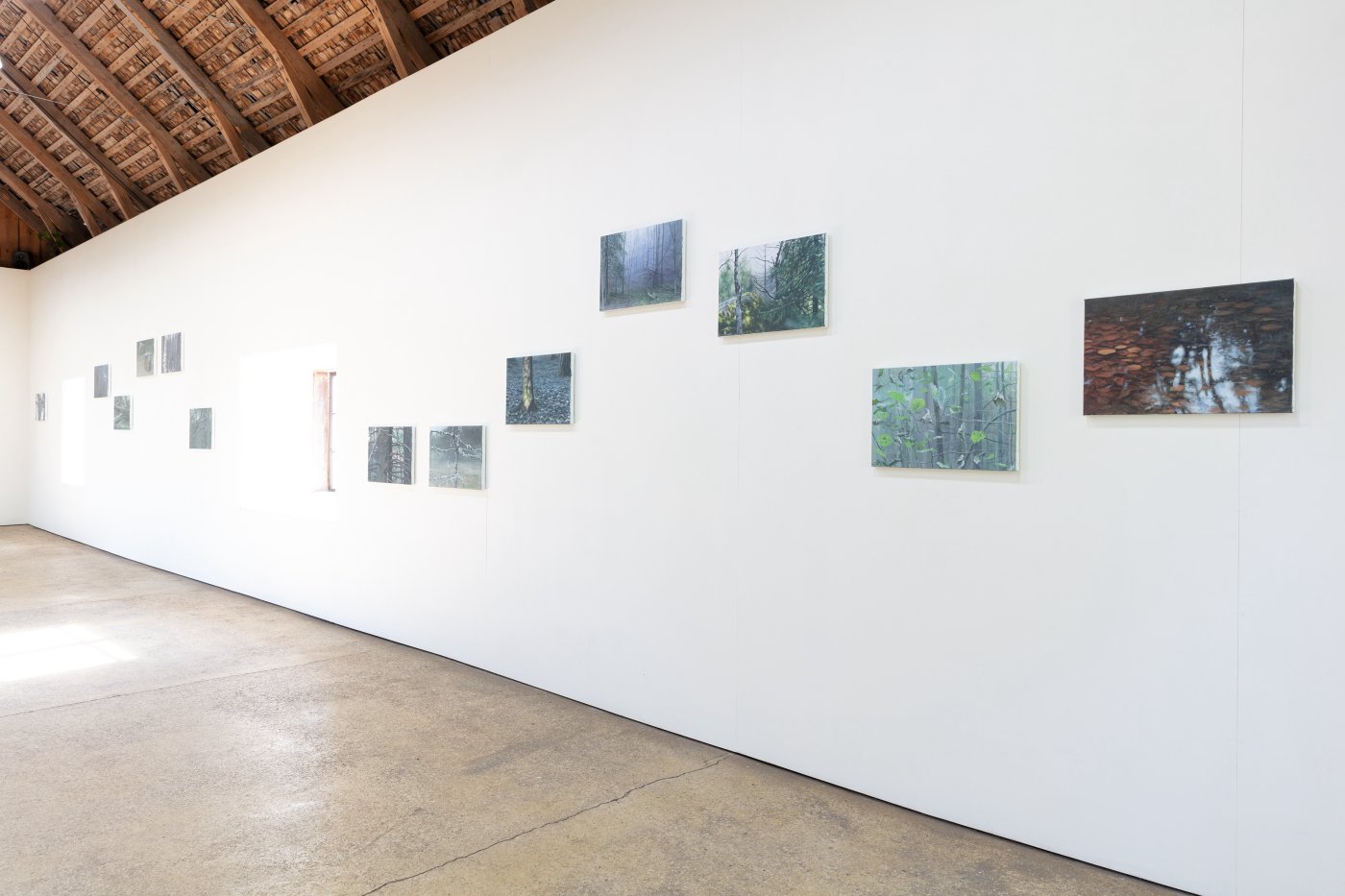 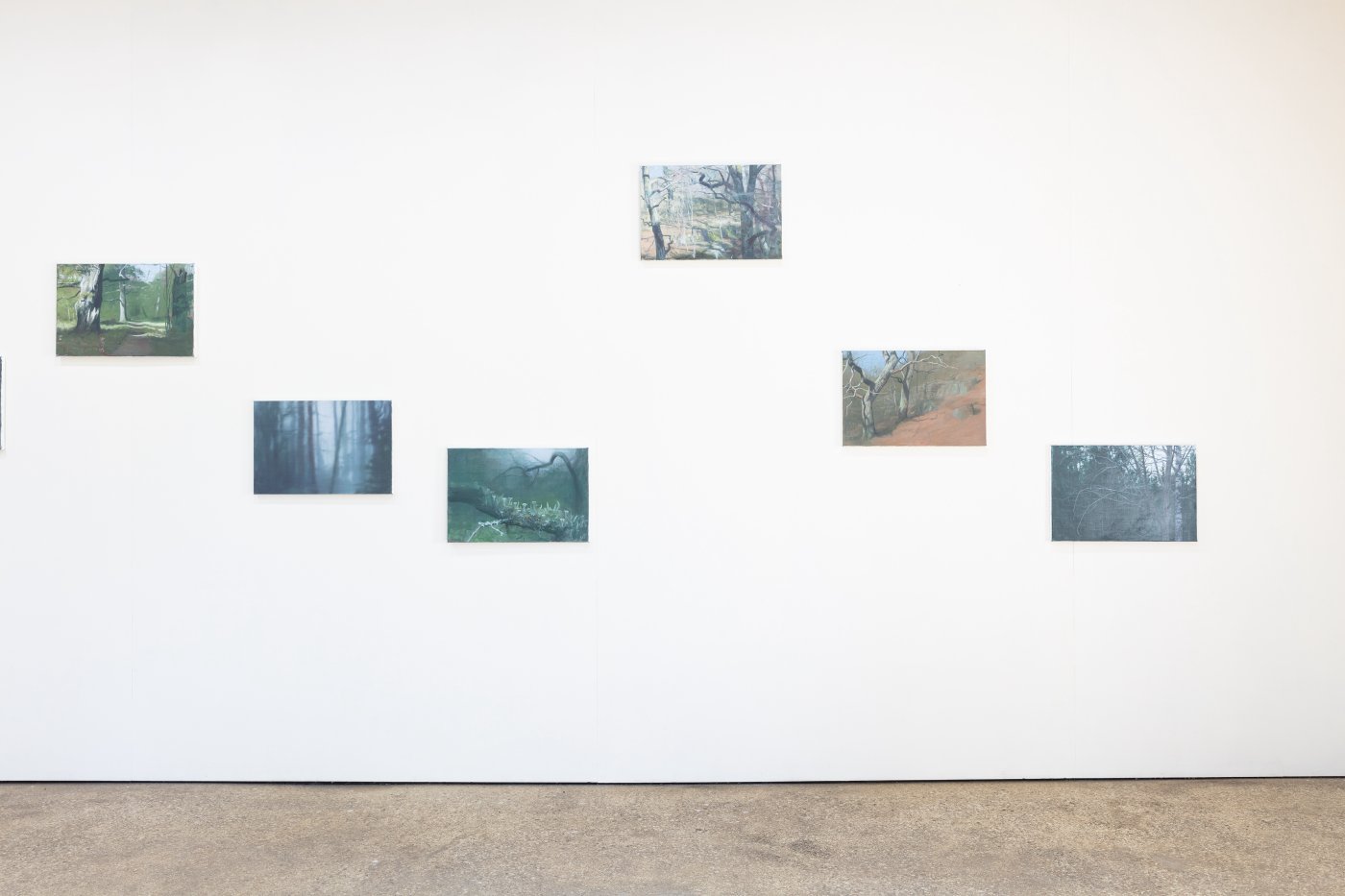 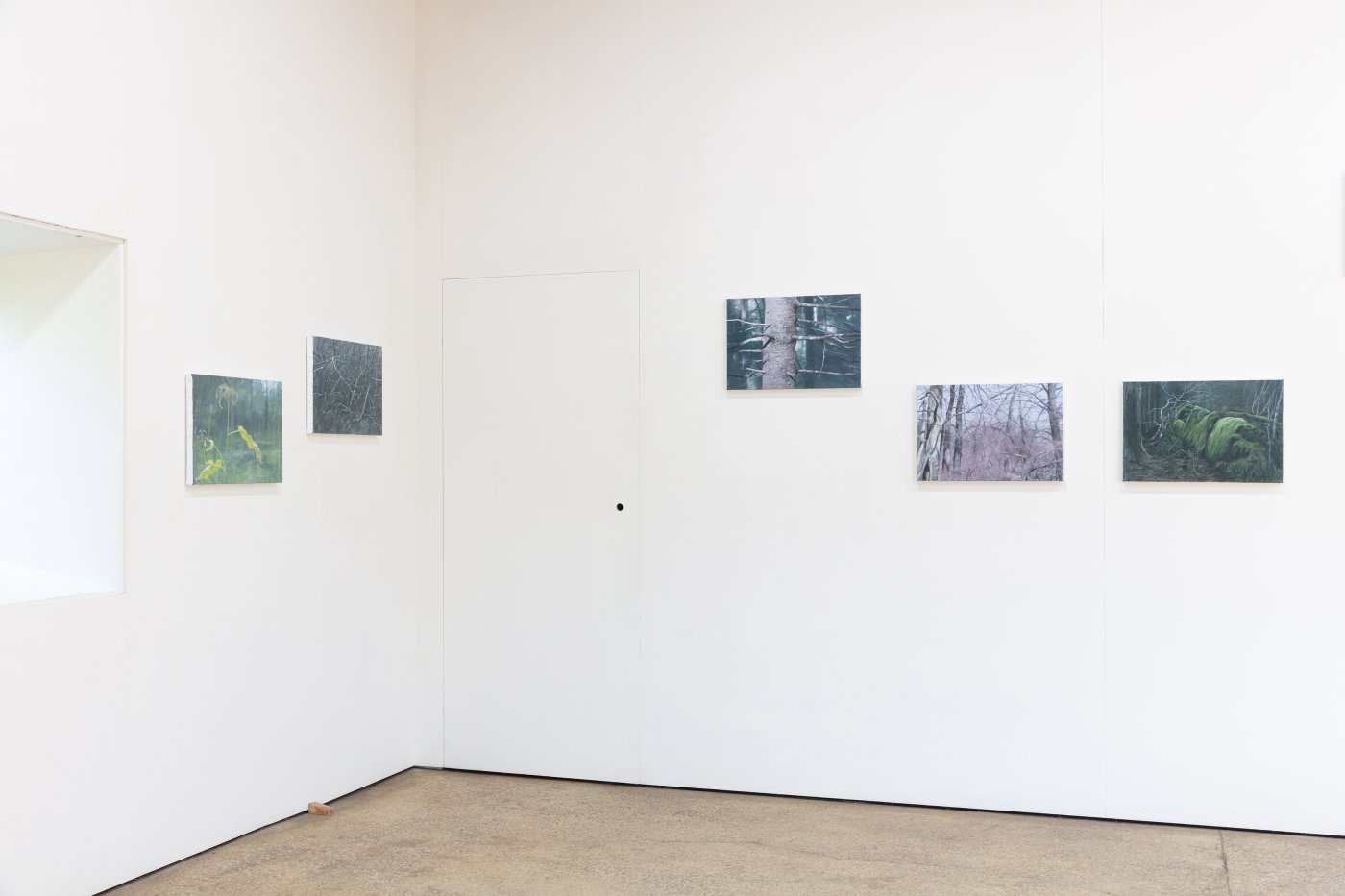 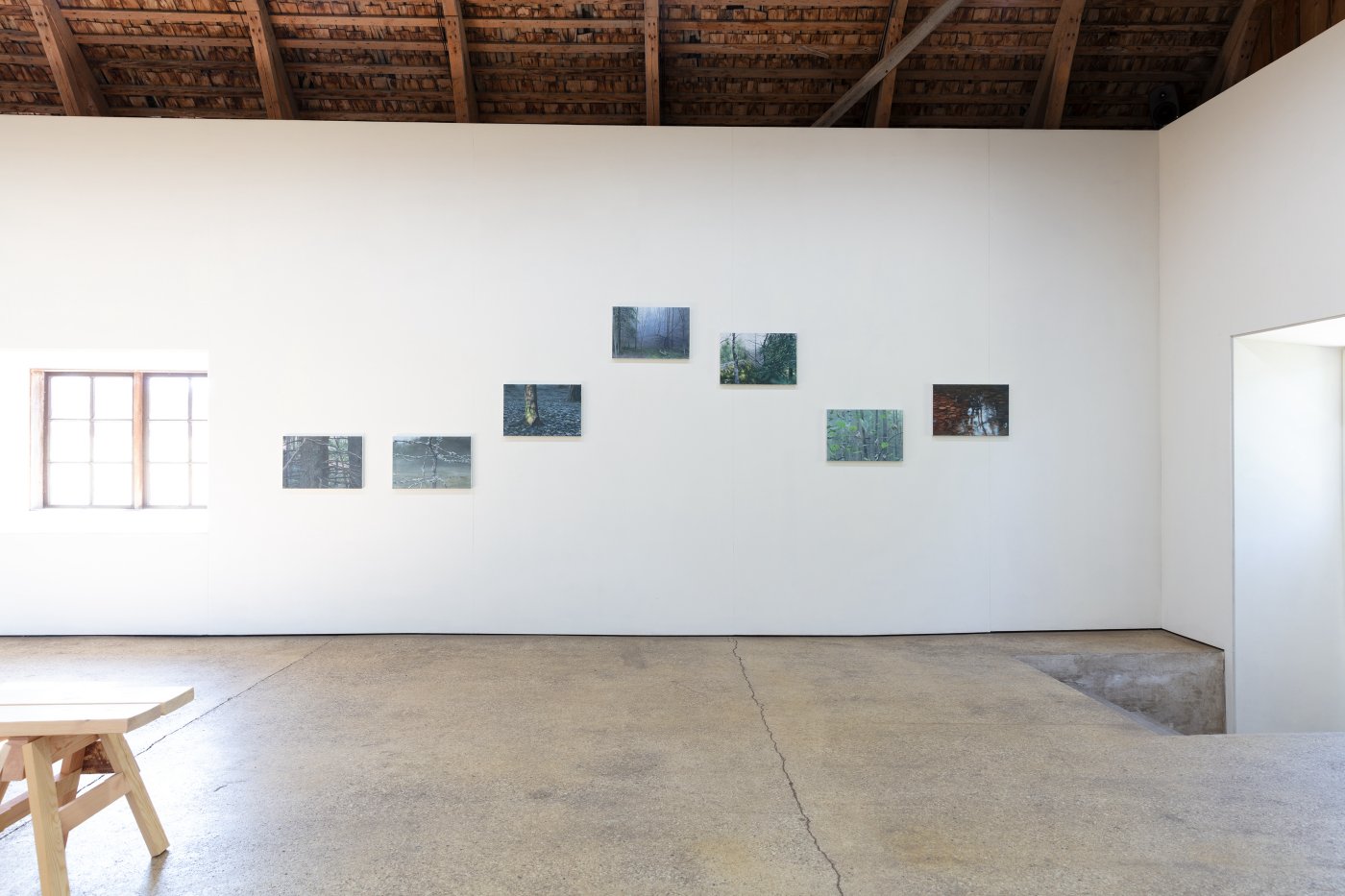 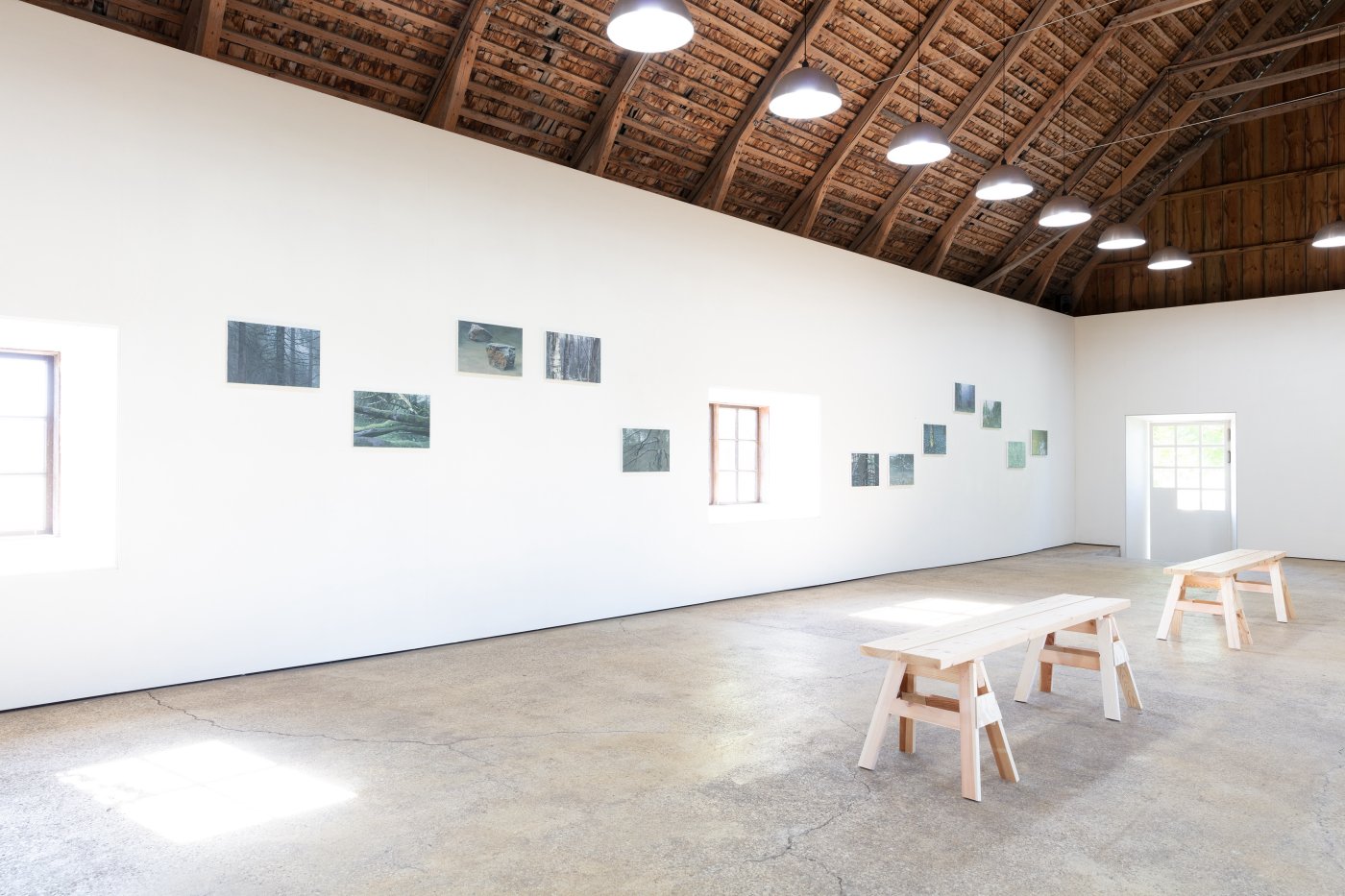 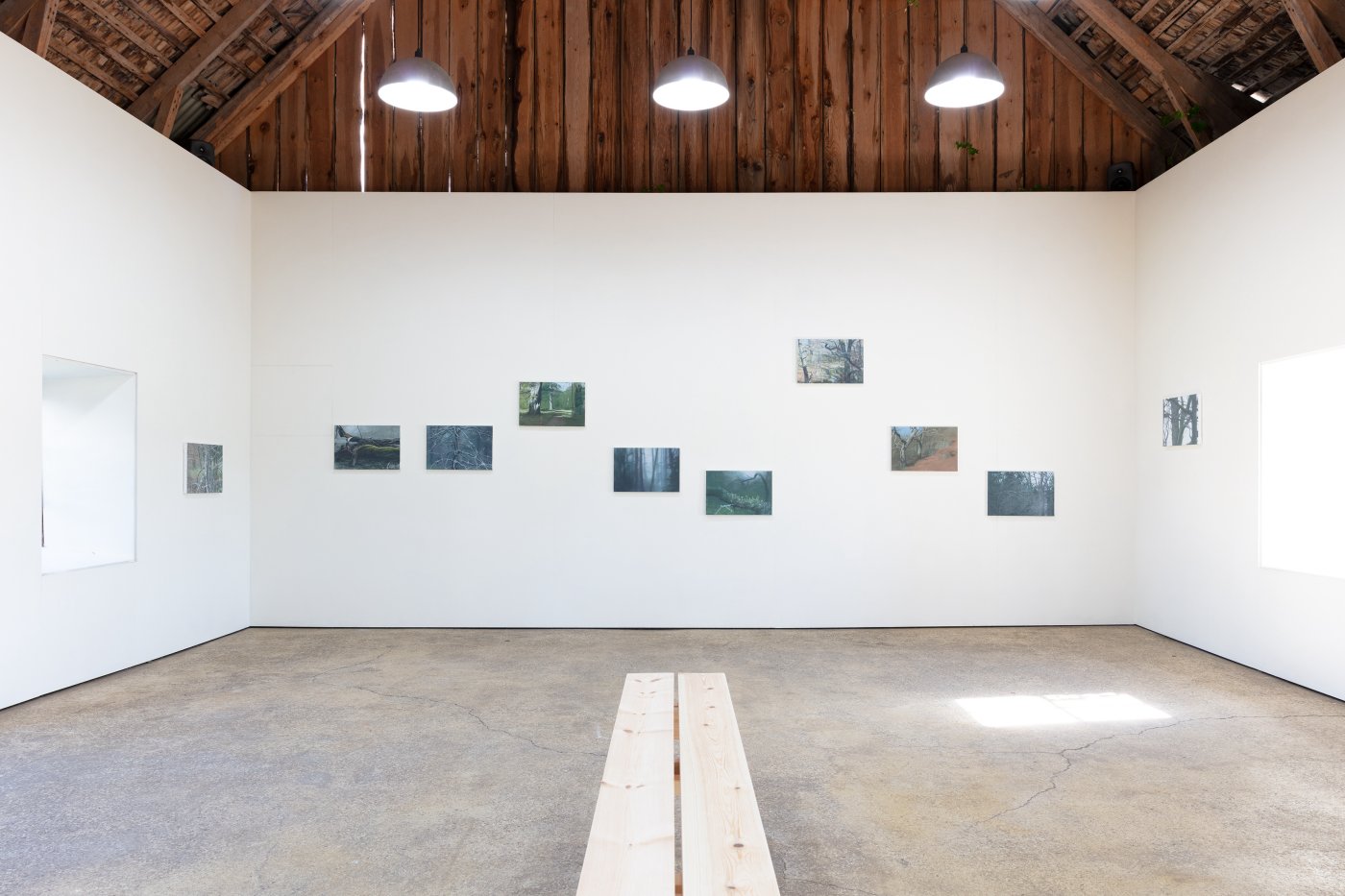 During the pandemic, the forest became a place for reflection and recovery from the rampant reality around us. Although nature has been constantly present in Tommy Hilding’s life and art, this time the meeting became of greater importance. A suite of paintings in a consistent size and theme began to emerge. Paintings that explore the forest environment carefully and closely, with a fascination for detail and diversity. As visitors, we get to go on a walk that takes us further and further into a mysterious, distant world that exists in parallel, very close to our own.

Growing up in the mossy spruce forest in northern Skaraborg set the tone.
A forest to constantly return to. Quiet, safe, eternal.
In recent years, the forest has often become the destination for secluded walks.
New discoveries of details, rooms, perspectives and animated light.
The spring of fir needles and moss. A fending off of scattered branches at eye level.
– Tommy Hilding

Tommy Hilding and Brian Eno met at Kulturhuset in Stockholm in the mid-1980s. There they participated in two parallel exhibitions and have followed each other’s artistry ever since. When we decided to show Borealis at Hellvi Kännungs, the idea of showing the suite of paintings together with a sound work by Eno was born. Together they chose the piece Compact Forest Proposal, which was originally performed at SFMoMA in San Francisco in 2001.

Tommy Hilding, born 1954 in Skagersvik. Lives and works in Stockholm. In his recent exhibitions, he has worked with an imagery that is in the borderland between the contemporary urban space and the symbol-saturated landscape of Romanticism. By carefully integrating samples from art history into an almost documentary photo-based painting, he has asked important questions about how we live in relation to nature and each other. Solo exhibitions in selection: Galleri Magnus Karlsson, Stockholm, Sweden (2019, 2016, 2014, 2013, 2011, 2009, 2006, 2003, 2000, 1998), Galleri Thomassen, Gothenburg, Sweden (2019, 2014, 2011, 2007, 2003), Örebro Konsthall, Sweden ( 2015), Oskarshamns Konsthall. Sweden (2012, 1999), Olle Nyman’s studios, Saltsjö Duvnäs, Sweden (2012), Angles Gallery, Santa Monica, USA (2008), ArtSpace, Raleigh, USA (2004), Rialto Center, Atlanta, USA (2004) and the Swedish Embassy, Washington, USA (2003). He is represented in the collections at e.g. Moderna Museet, Stockholm, Västerås Art Museum, Norrköping Art Museum, Stockholm City, Folke Bernadotte Academy, Kramfors, Sweden and the Public Art Agency, Sweden.

Brian Eno – musician, producer, visual artist and activist. First came to international prominence in the early ’70s as a founding member of British band, Roxy Music. His work as a producer includes albums with Talking Heads, Devo, U2, Laurie Anderson and Coldplay, whilst his long list of collaborations include recordings with David Bowie, David Byrne, Grace Jones, James Blake and most recently with brother, Roger, on the album Mixing Colours. His visual experiments with light and video continue to parallel his musical career with exhibitions all over the globe. To date he has released over 40 albums of his own music, exhibited extensively as far a field as the Venice Biennale, Arcos de Lapa in Rio de Janeiro and the sails of the Sydney Opera House and is a founder-member of the Long Now Foundation, a trustee of Client Earth, and Patron of Videre Est Credere. In April 2021, he launched EarthPercent, which raises money from the music industry for some of the most impactful environmental charities working on the climate emergency.

Hellvi Kännungs is Galleri Magnus Karlsson’s project room in a rebuilt limestone barn on the island of Gotland. Since 2011 it is an alternative exhibition space to the gallery in Stockholm. Some of the gallery artists have curated their own exhibitions here and it has been a place to explore new ideas. Hellvi Kännungs has become a meeting point for artists and public in an environment completely different from the urban gallery space. The proximity to nature and the seclusion has contributed to a easy and inspiring atmosphere. In addition to the exhibitions, the gallery artists have also stayed at Hellvi Kännungs during periods of work and relaxation.

Courtesy of the artist and Galleri Magnus Karlsson