Acquavella Galleries presents its third exhibition with New York-based artist Tom Sachs. Titled Spaceships, this group of new and recent sculptures and paintings is on view at Acquavella New York. 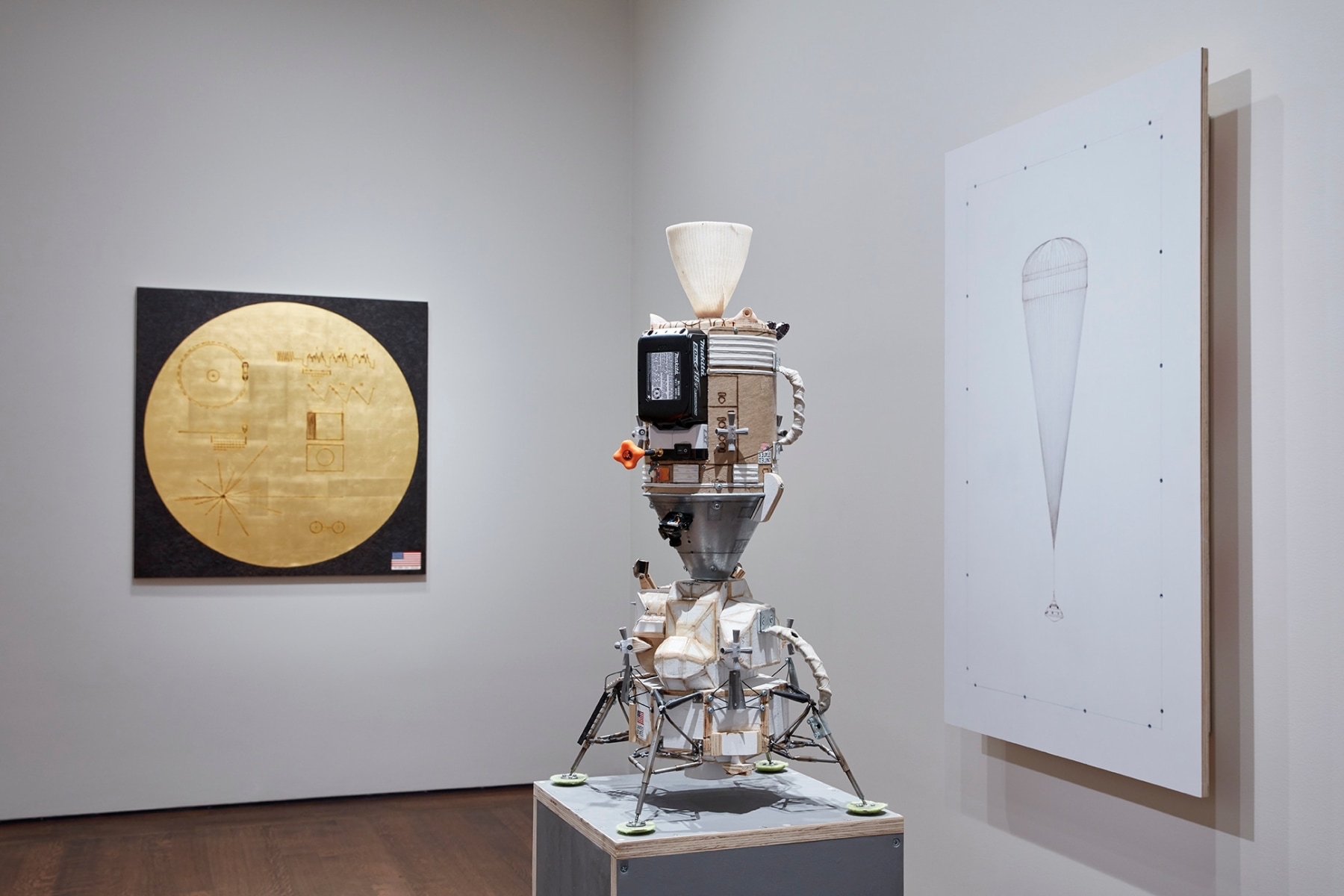 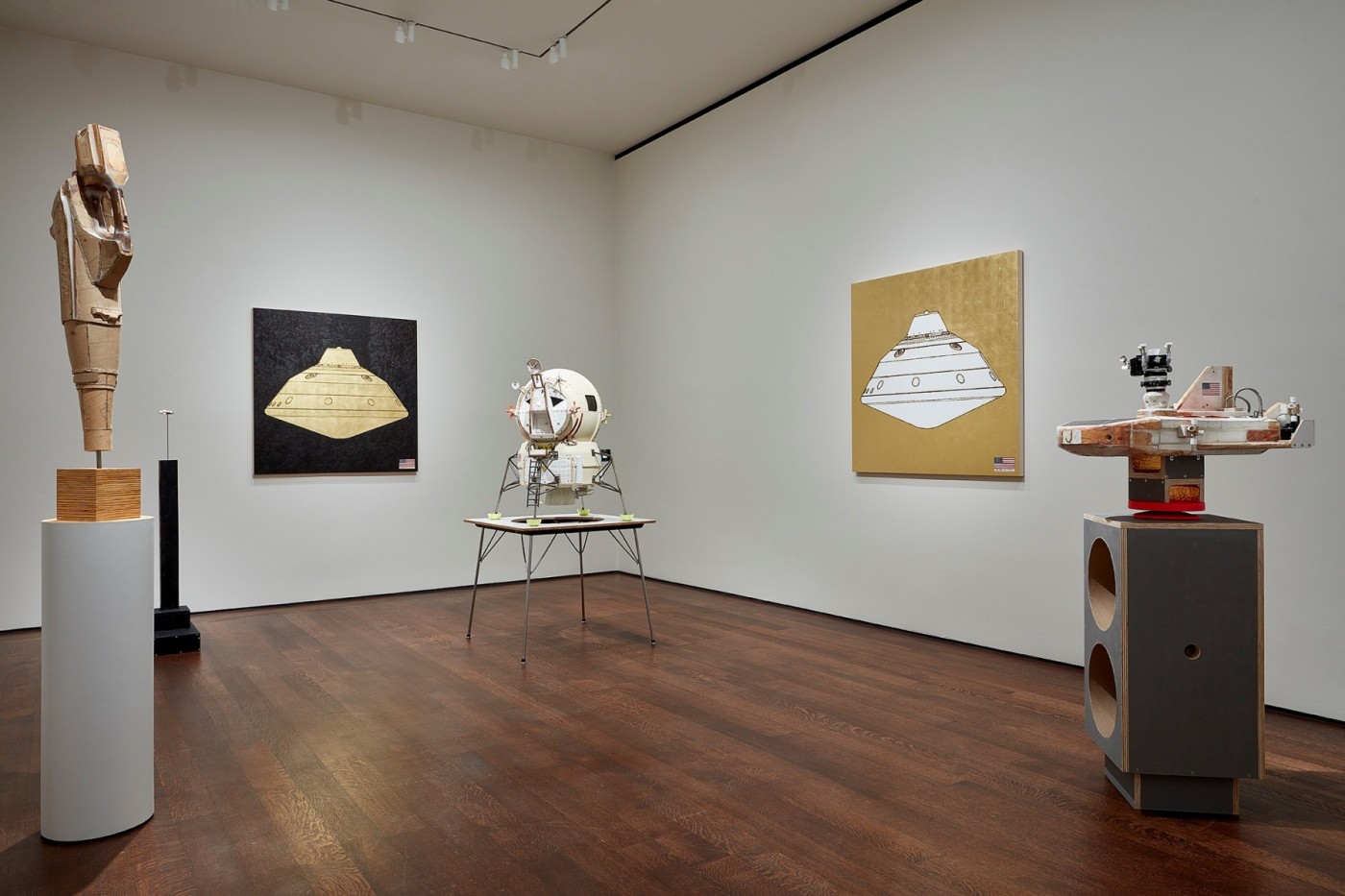 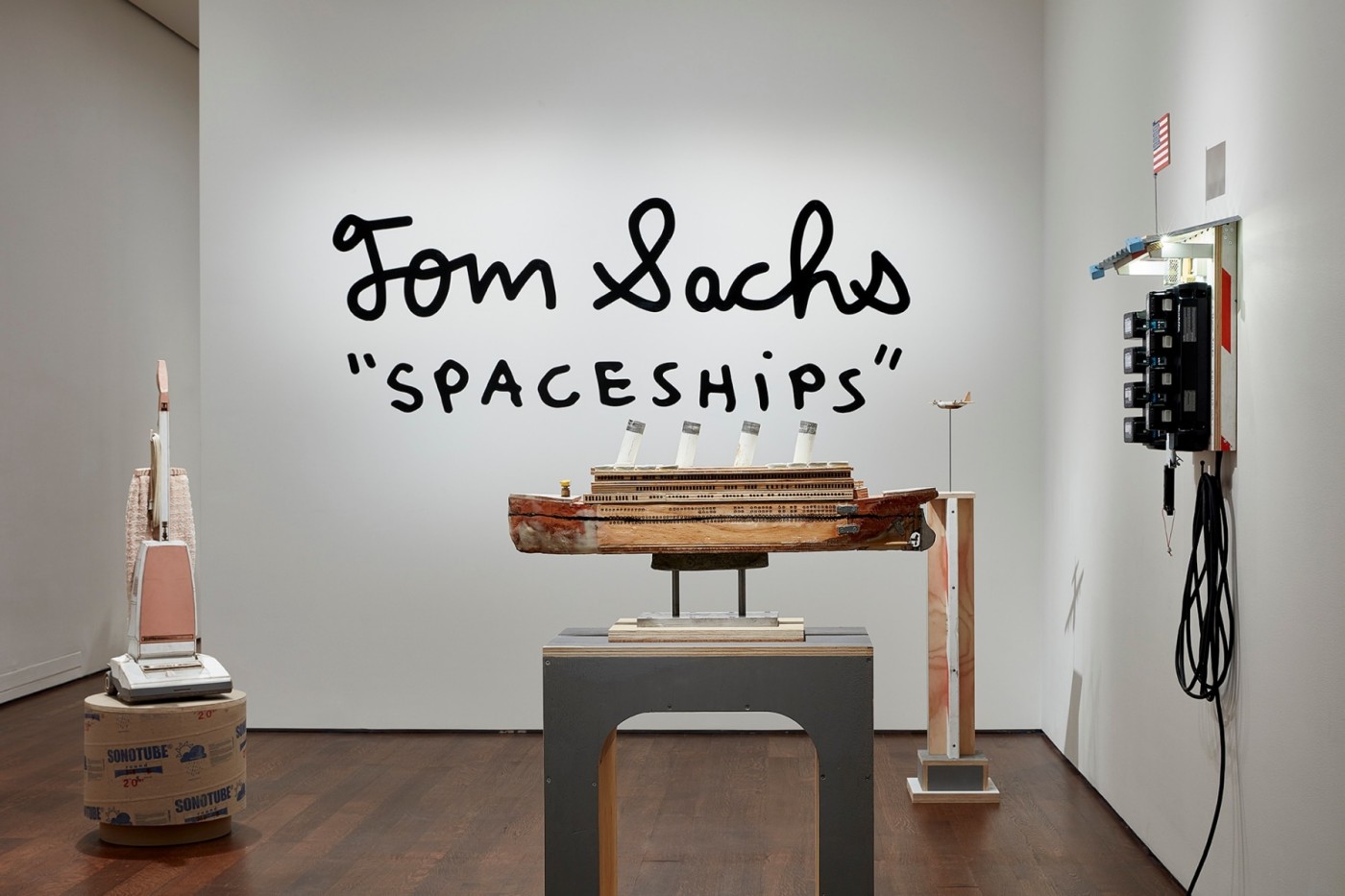 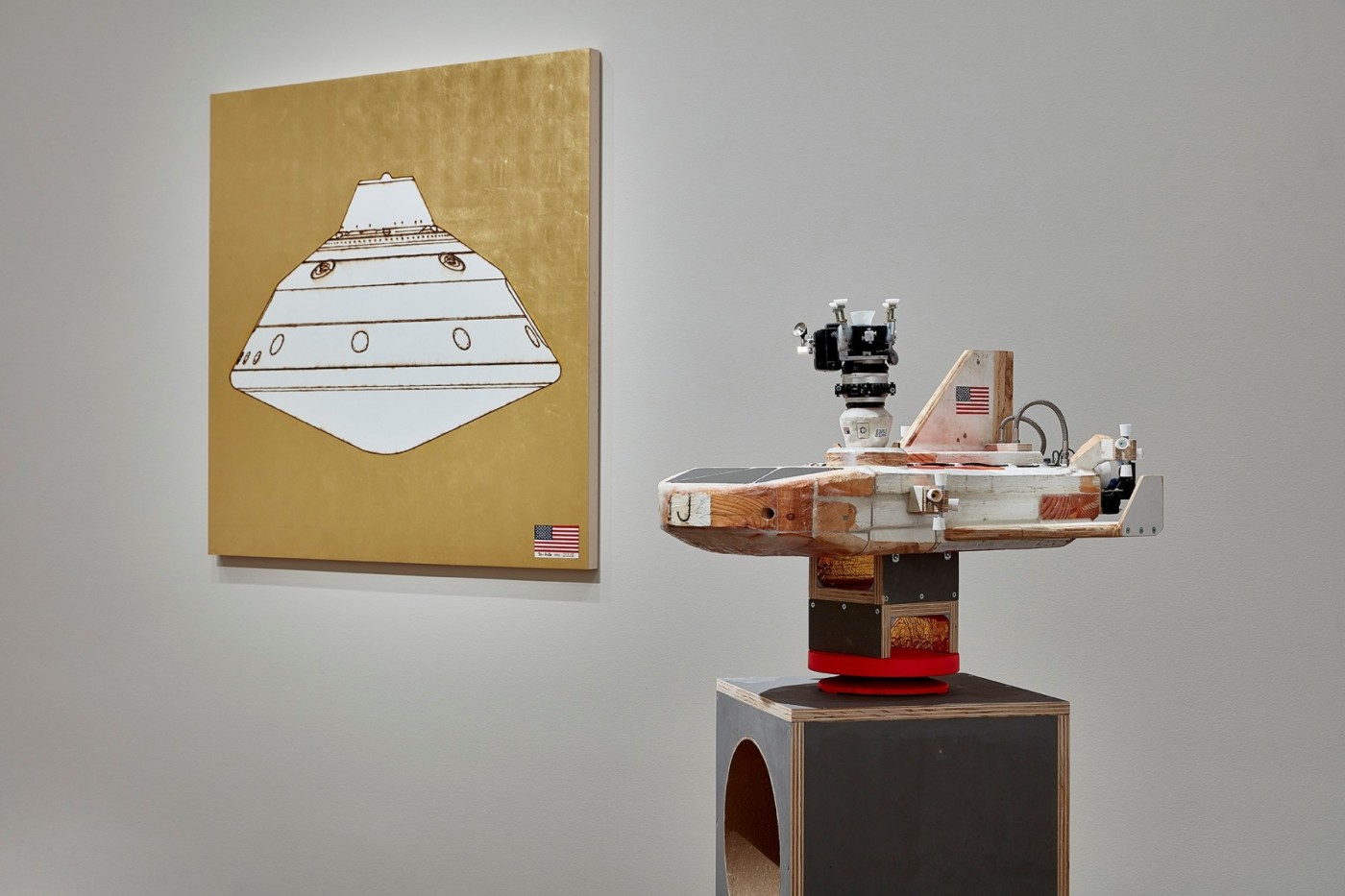 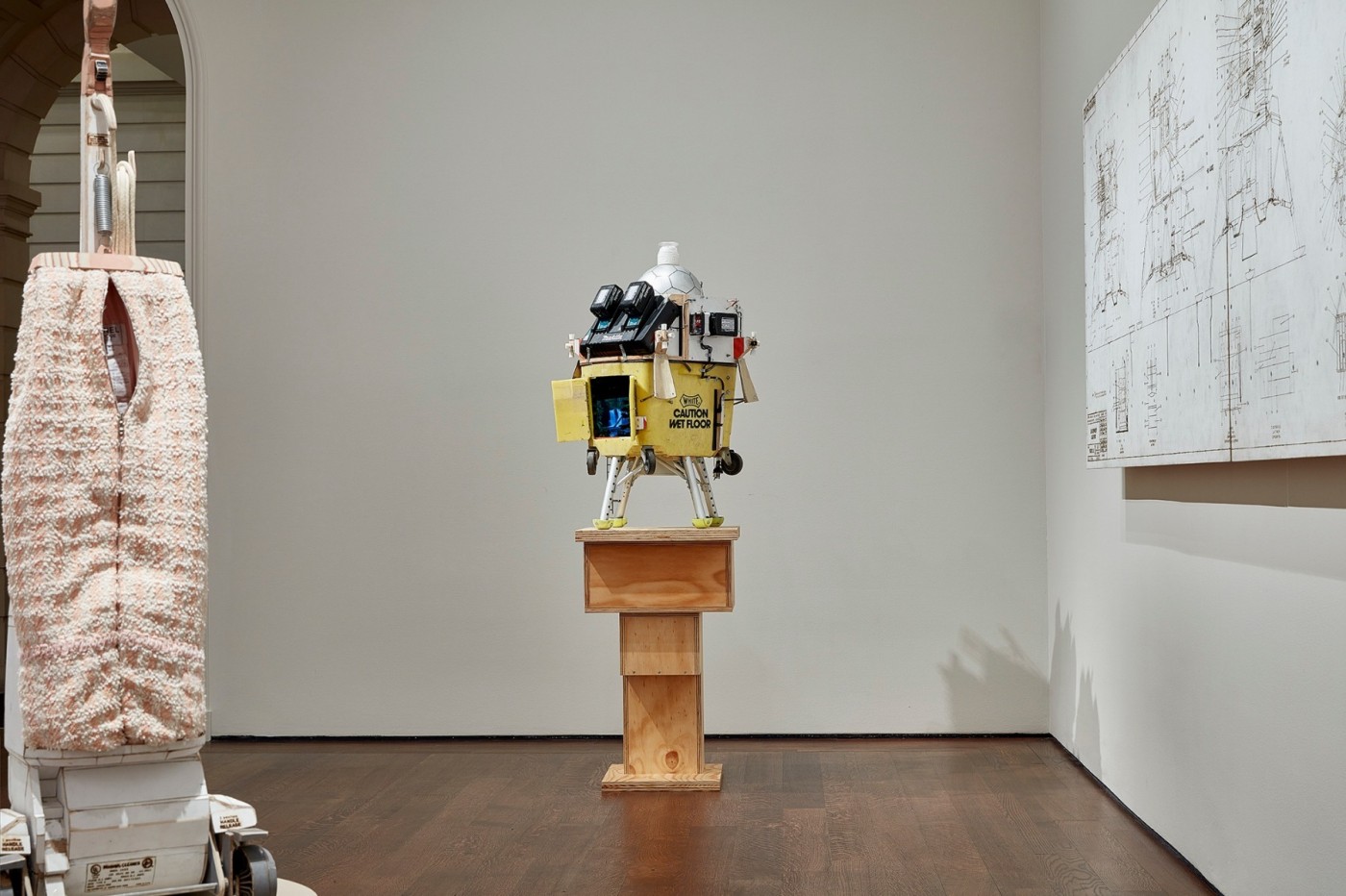 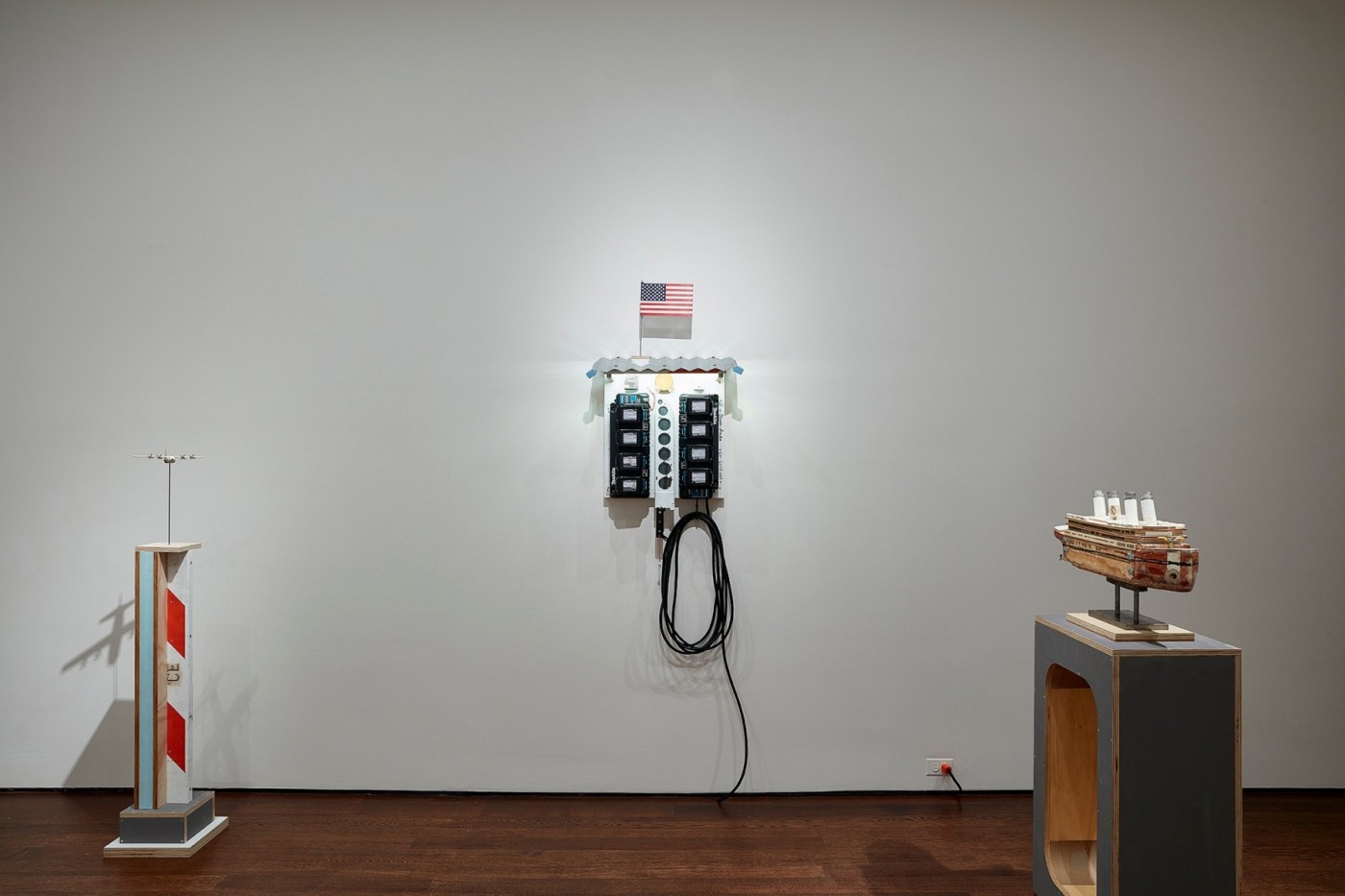 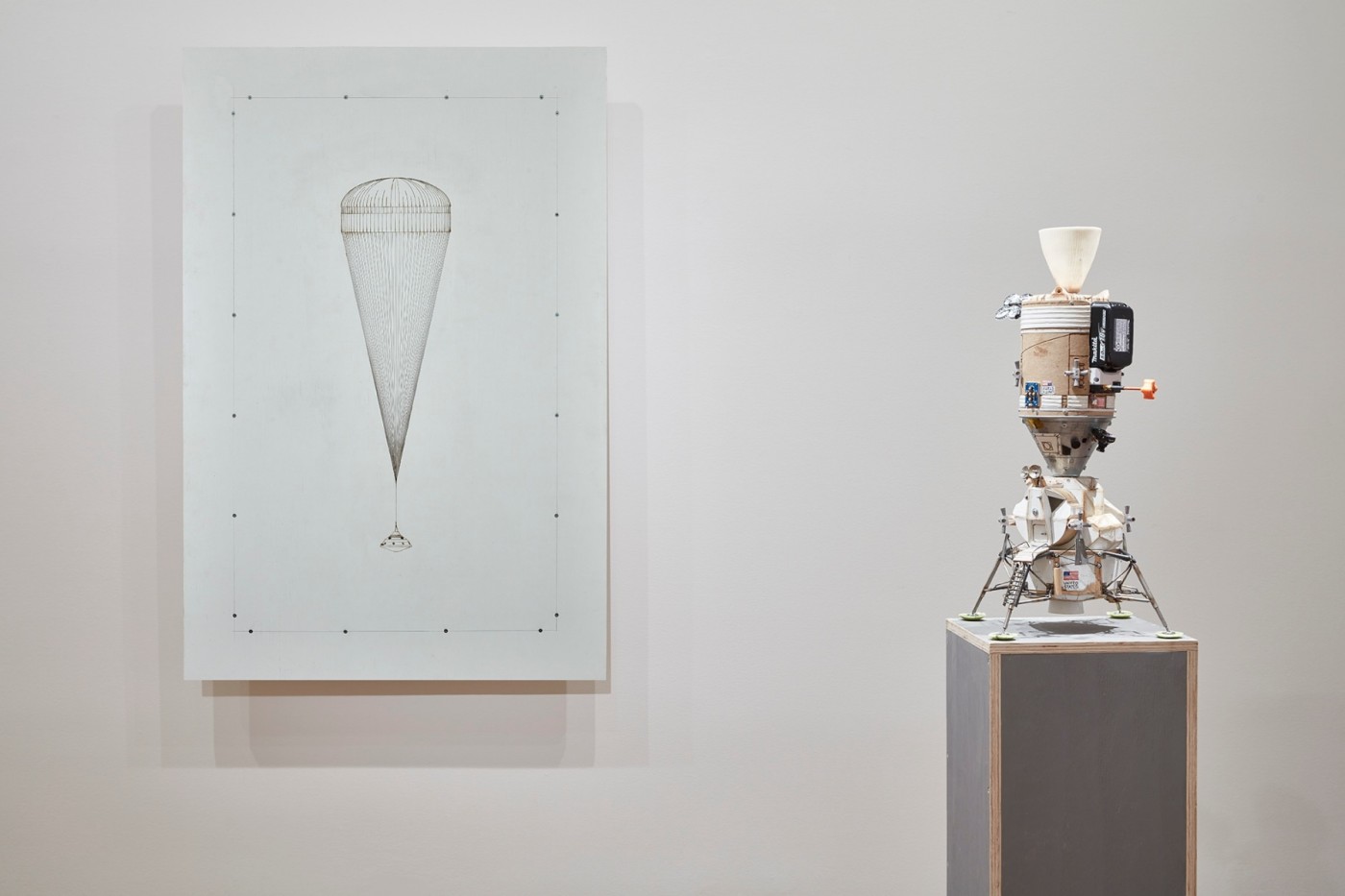 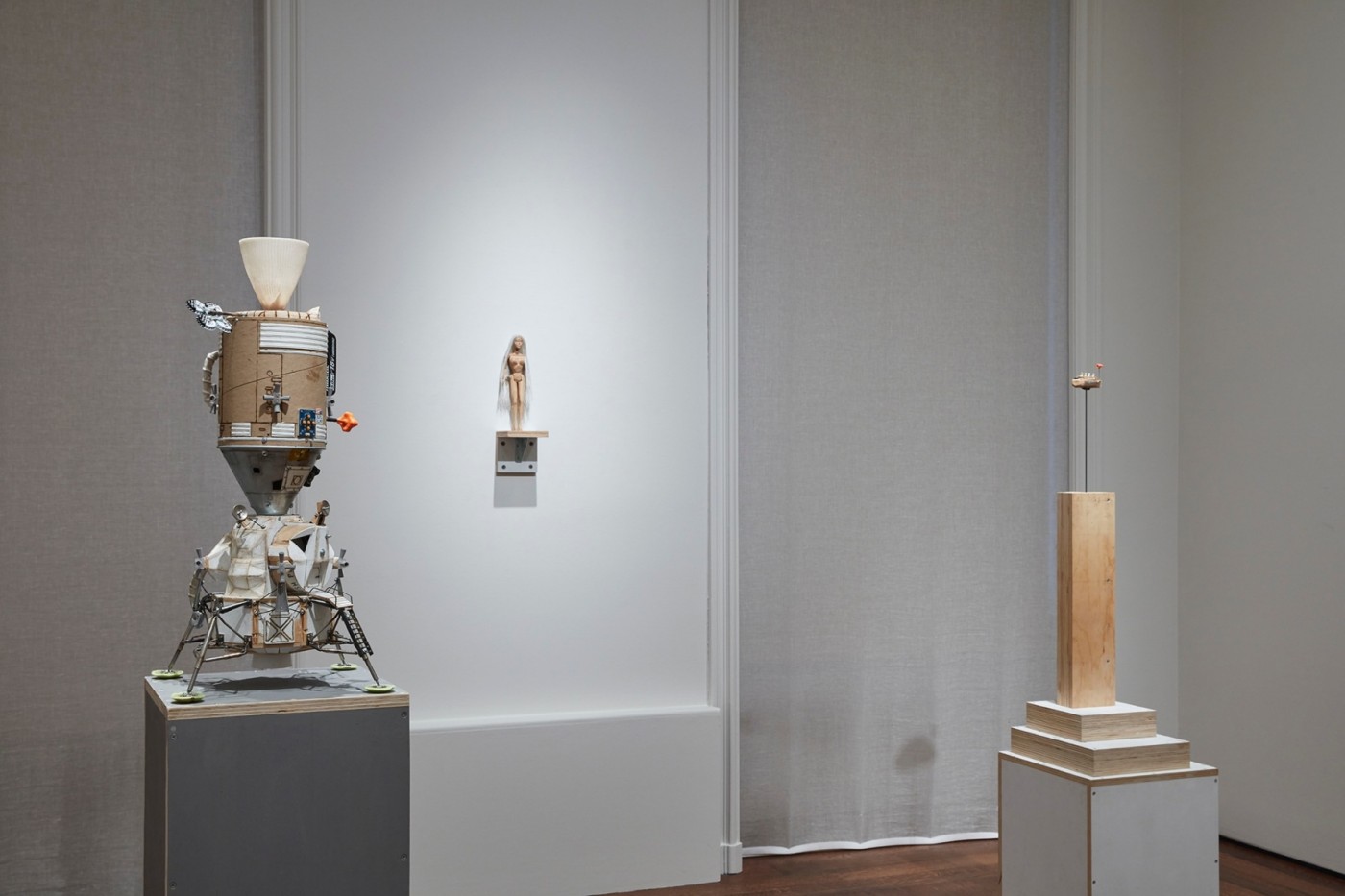 In this exhibition, Sachs investigates the accepted understandings, assumptions, epistemology, and consensus of what constitutes a spaceship. By tracing its evolving historical and linguistic understanding, the artist explores a spaceship’s physical, metaphysical, and spiritual possibilities. Sachs offers the formal criteria defining a spaceship as an object that has the ability to move us from one state to another. In its most commonly understood form, a spaceship takes us from the dimension of earth to space. Sachs challenges this narrow definition and investigates vessels that can also metaphysically and spiritually transport. From Sachs’ perspective, the guillotine—in addition to its primary function—is a transportation device, as it takes a person from life to death, or the afterlife. A cathedral or a place of worship is a spaceship, as are our bodies, which, at their most fundamental, are metaphysical spaceships—multidimensional organic vessels that carry our genetic code.

Sachs’ new work, Titanic (2022), a plywood sculpture of the ill-fated 1912 ocean liner, is an early example of a spaceship, as a symbol of the evolution of major developments in transportation across worlds—bridging the old to the new. While language may evolve, form and function within Sachs’ paradigm stays the same. In fact, large ocean liners like the Titanic were guided using navigational technologies similar to the reaction control systems (RCS) used in space travel today to guide and influence their course.

A centerpiece of the exhibition is Generation Ship (2019-2022), in which Sachs transforms the humble but essential tool of a mop bucket into a vessel to transport humanity and its lingua franca across time and space. Containing its own inner universe, this ship is fortified with a digital video of a cascading waterfall, plastic trees, an Oxford English dictionary, and is powered by battery to accompany explorers on the thousand-year journey to Alpha Centauri.

Sachs’ spaceships showcase the artist’s signature bricolage assembly. This do-it-yourself methodology combines found objects and materials that have evolved in their function and carry past lives, energy, and information that he transforms into vessels that are imbued with spiritual aura. Says the artist,

“There’s information from the materials’ past life—I’m not going to always be there to stand and tell it, but if I’m successful, the viewer will feel that story, whether that’s a mop bucket or a Chanel suit.”

Underlying Sachs’ formal investigations of the myriad spaceships at our disposal is both a contagious DIY enthusiasm and a sense of urgency. In his essay for the accompanying catalogue, art historian Thomas Crow states, “Sachs the bricoleur enacts the practitioner of limited technical means whose impatient enthusiasm impels him to rival the NASA engineers: Is the space program still far from being able to extract minerals from the surface of Mars? We can do it now! The projected voyage to Europa, the moon of Jupiter possessing water and atmosphere? Let’s go now!”

Technics 1200MK3D (2022), a handmade plywood sculpture of a turntable, is a spaceship that allows us to transcend linear time travel. Traditionally, a turntable gives us the ability to access information or sound in dynamic and random ways, achieved by placing the record needle anywhere on the disc and the choice to move it again from one place to another, backward and forward. This analog technology draws parallels to the multidimensionality of the internet age and the arbitrary non-sequential access of information it allows.

In Sachs’ choice to replicate the Technics 1200 model, which is considered by aficionados as the purest expression of analog recording technology, the artist transforms the turntable into the ultimate status symbol—a totem that represents his self-proclaimed devotion to consumerism. But as Sachs explains, “As I create, I meditate, and the lust of acquiring a product is replaced by the love of making it…” and here the artist’s true religion is expressed—through the ritual of work. Sachs’ signature marks of labor are evident in the hand-painted wording and wood burned control systems, as it is throughout the exhibition.

Tom Sachs explains, “There are three reasons people do anything— spirituality, sensuality, and stuff. Spirituality is asking the big questions: Are we alone? Where do we come from? Sensuality is going where no man has gone before: exploring space, the g-force of excitement, climbing the highest mountain, the smell of the tatami, the touch of the kimono… Stuff is the hardware: a spaceship, a cathedral, a tea bowl. That’s what we make. Our priority is sculpture, but it doesn’t mean shit without the ritual and without the spirituality and the reasons behind it. You’ve gotta have all three.”

The exhibition is accompanied by a hardcover book published by Rizzoli and includes essays by Thomas Crow and Daniel Pinchbeck.

Courtesy of the artist and Acquavella Galleries