‘My gesture is addressed to the human body, ‘that complete erogenous zone,’ to its most vague and ephemeral sensations. I want to exalt the ephemeral in the folds of our body in the traces of our passage.’
Alina Szapocznikow, 1972 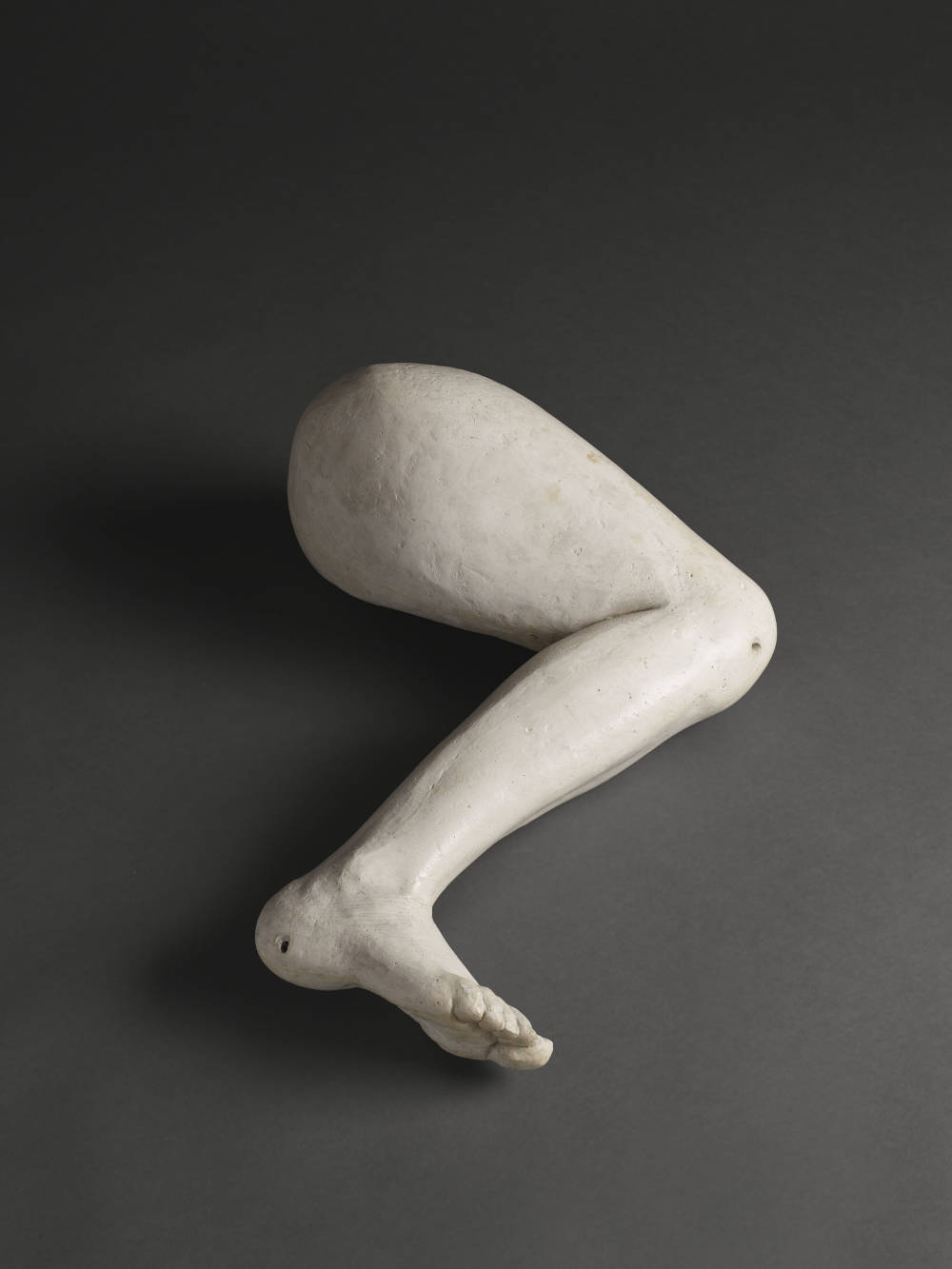 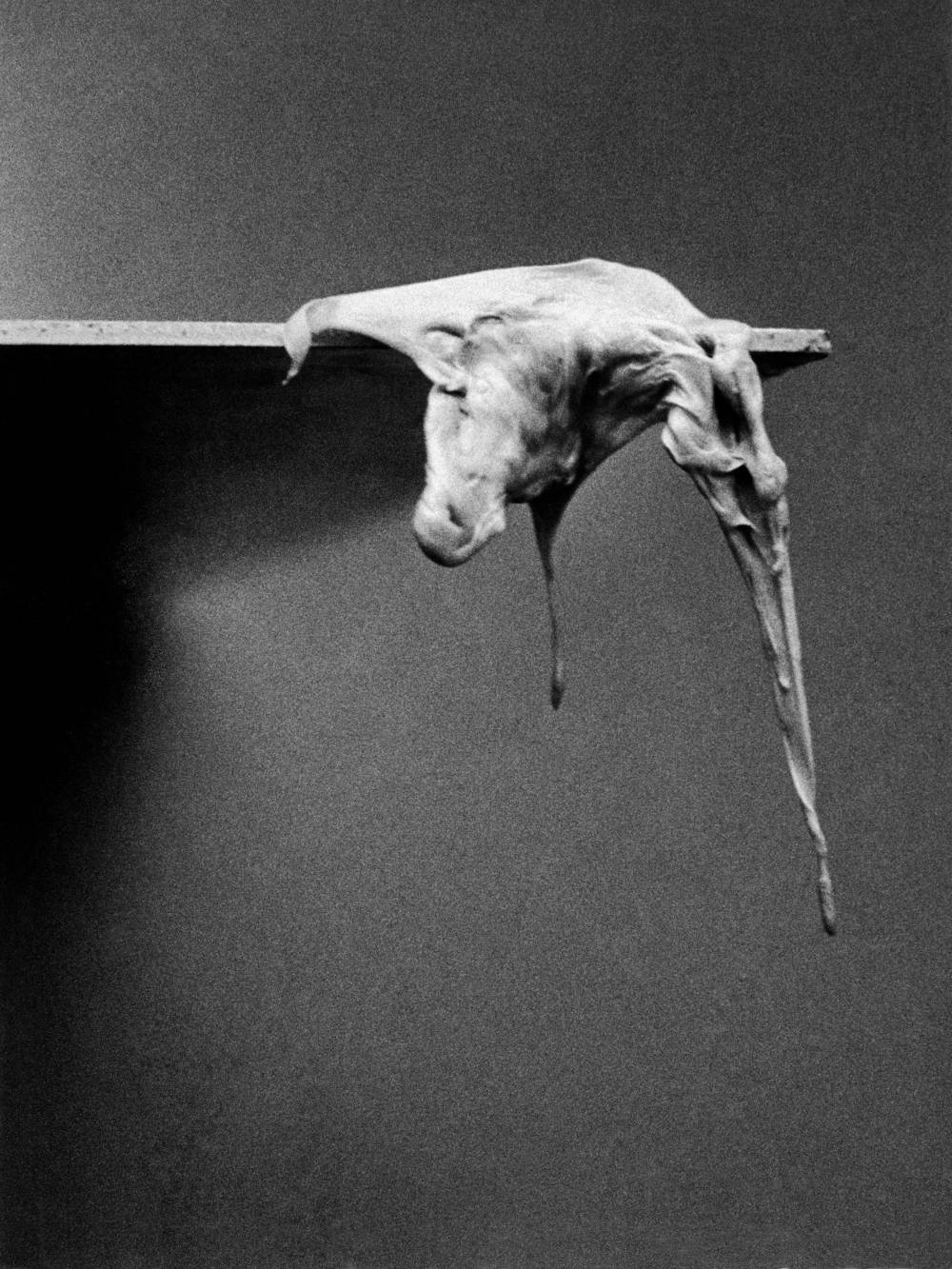 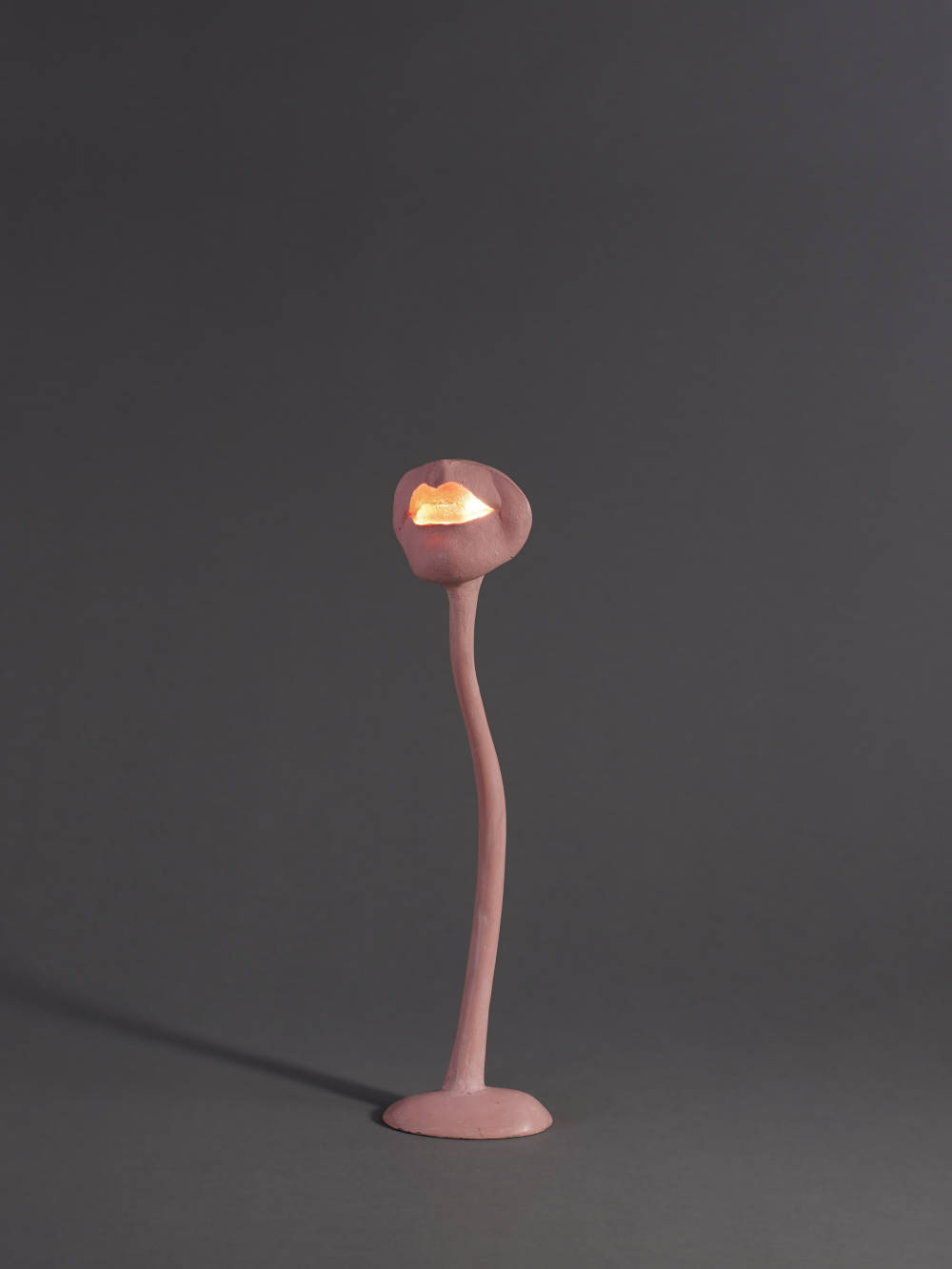 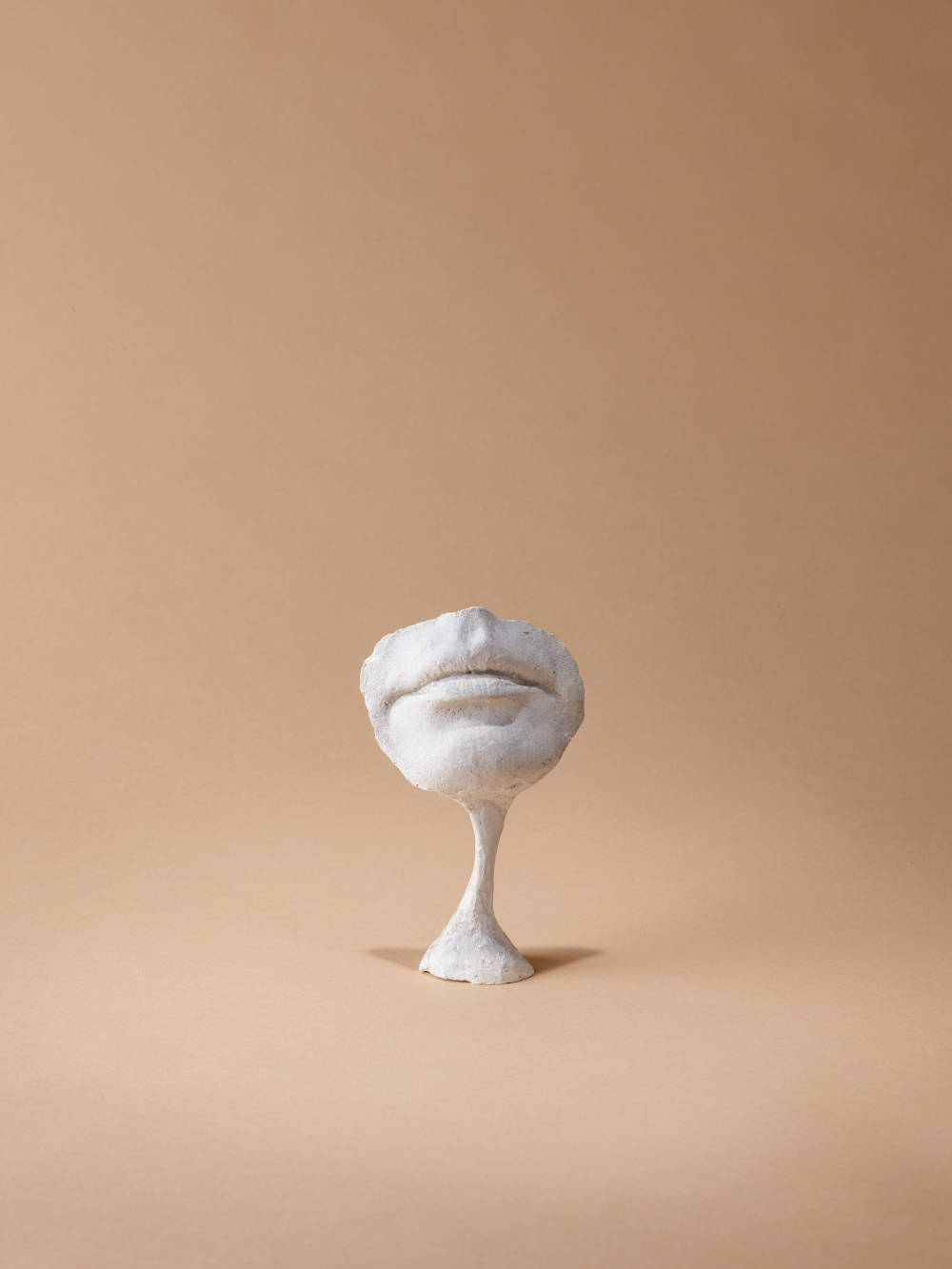 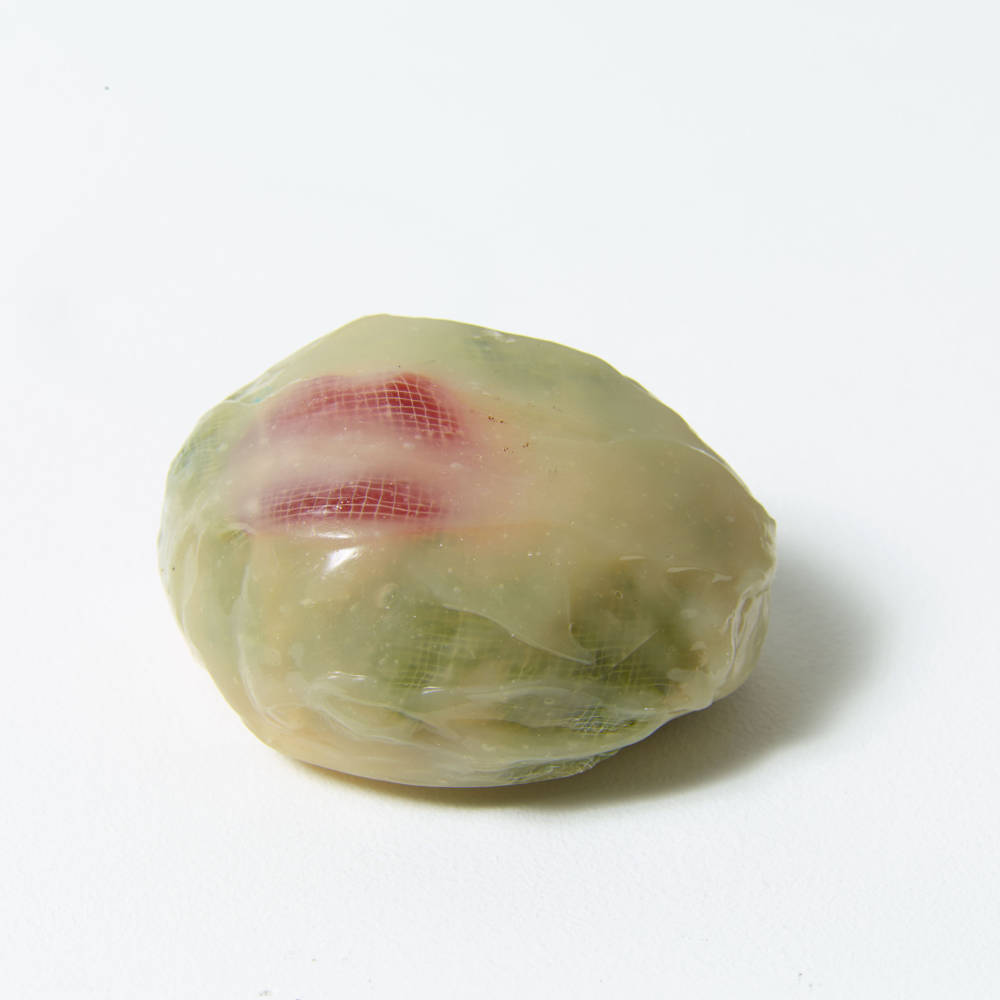 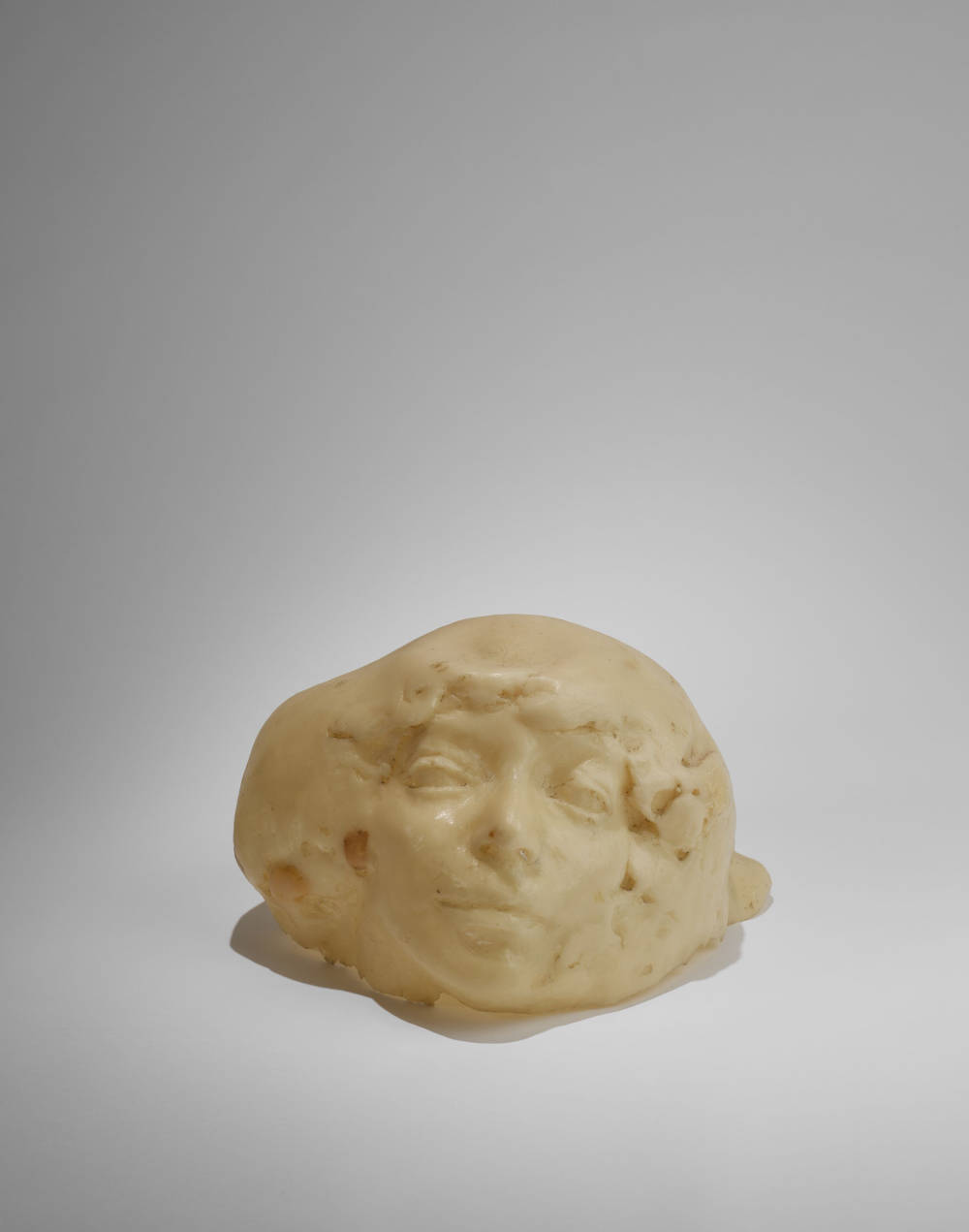 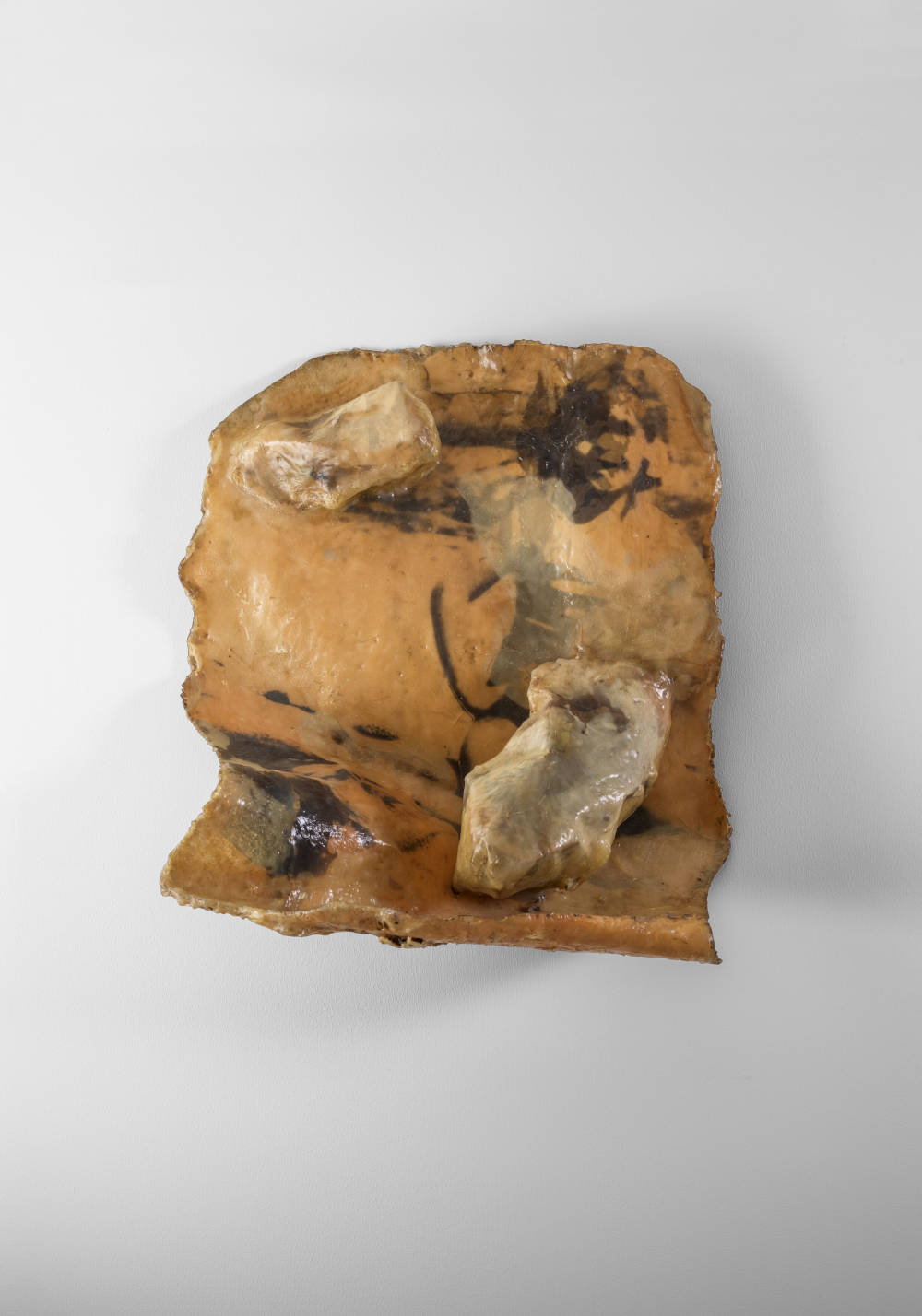 Alina Szapocznikow
Pamiątka I (Souvenir I), 1971 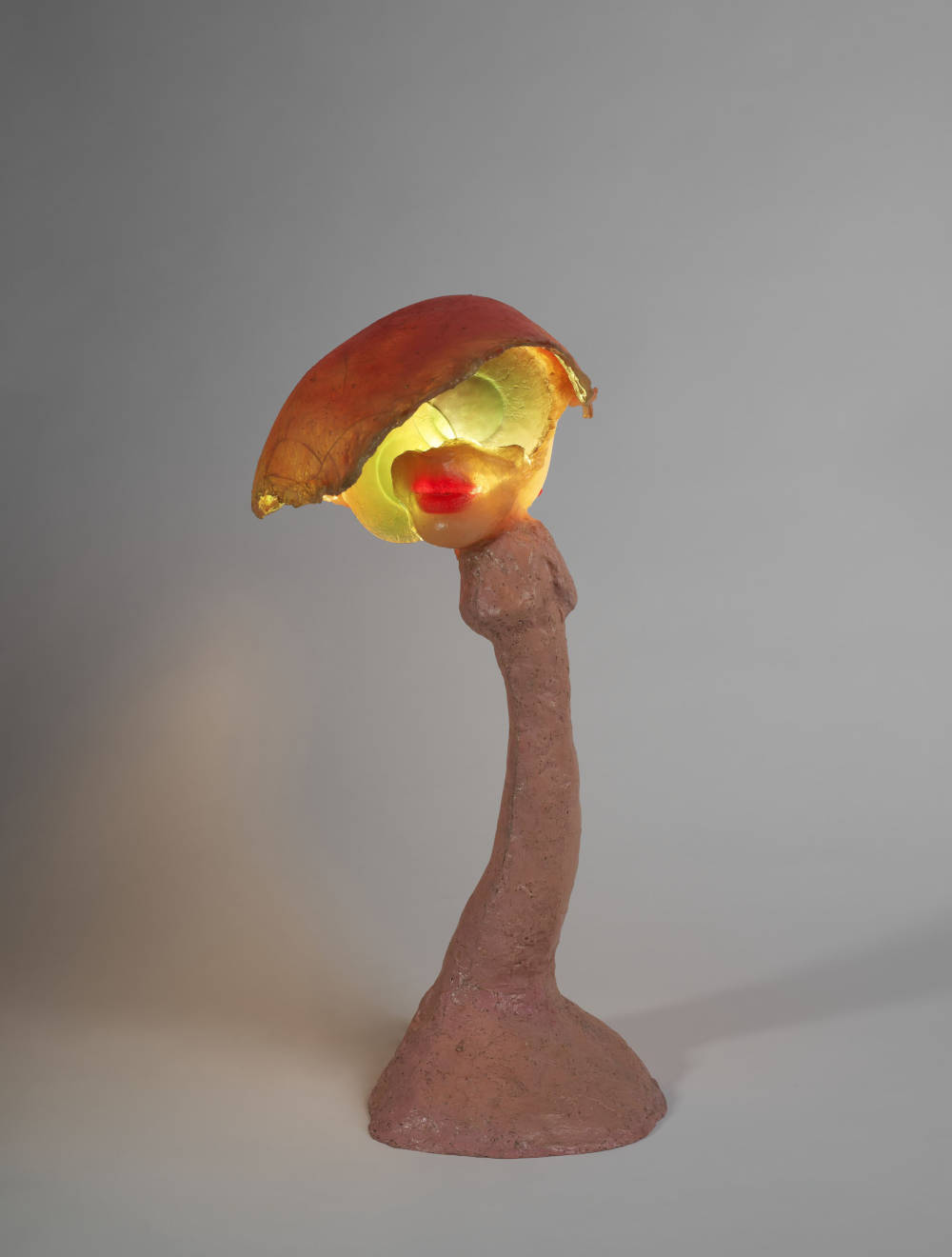 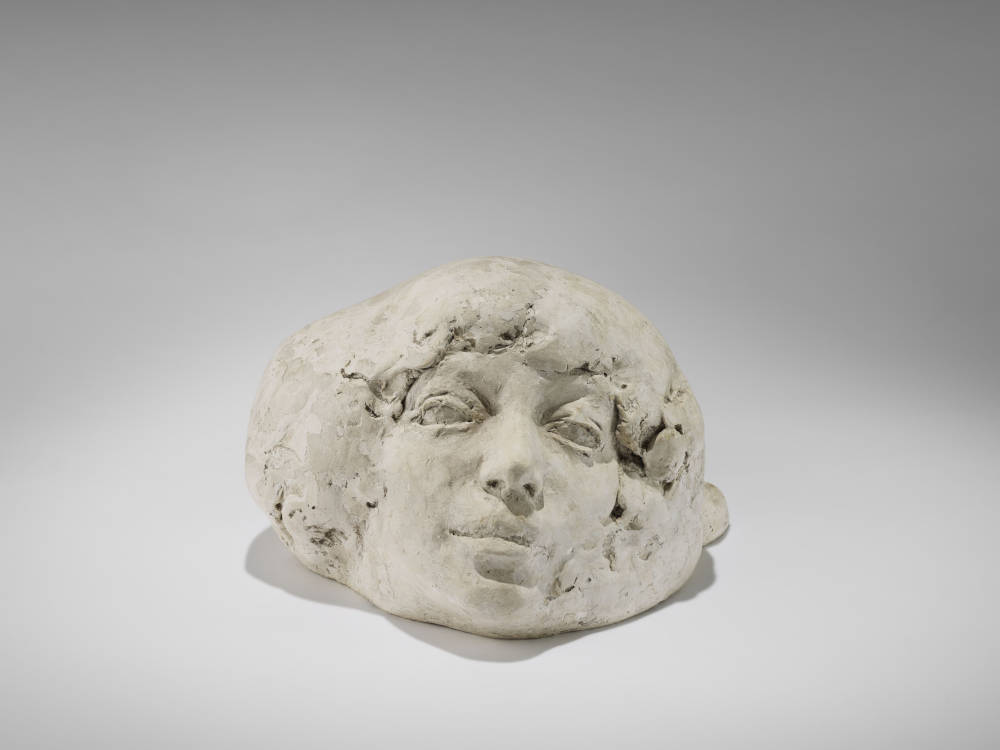 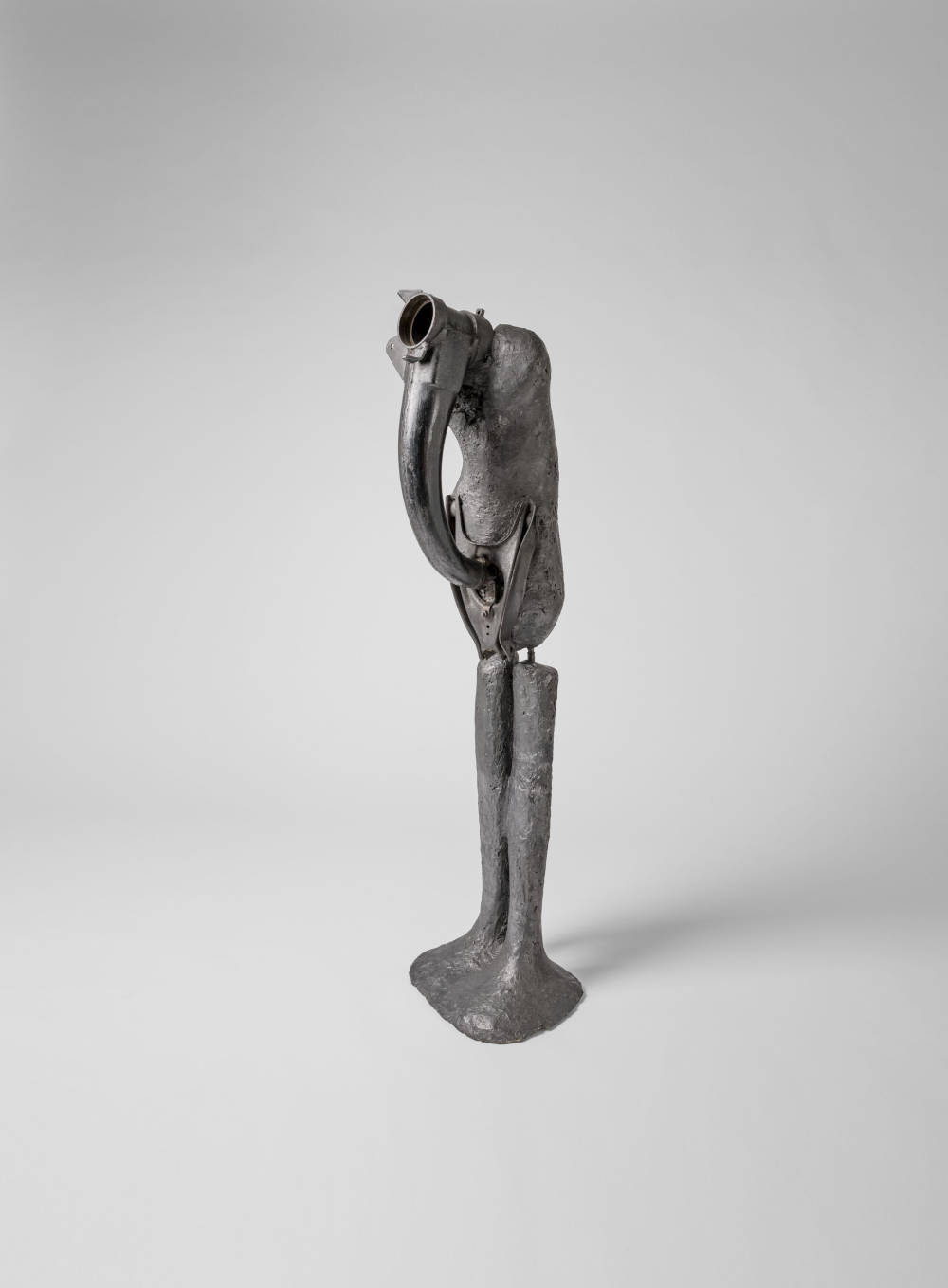 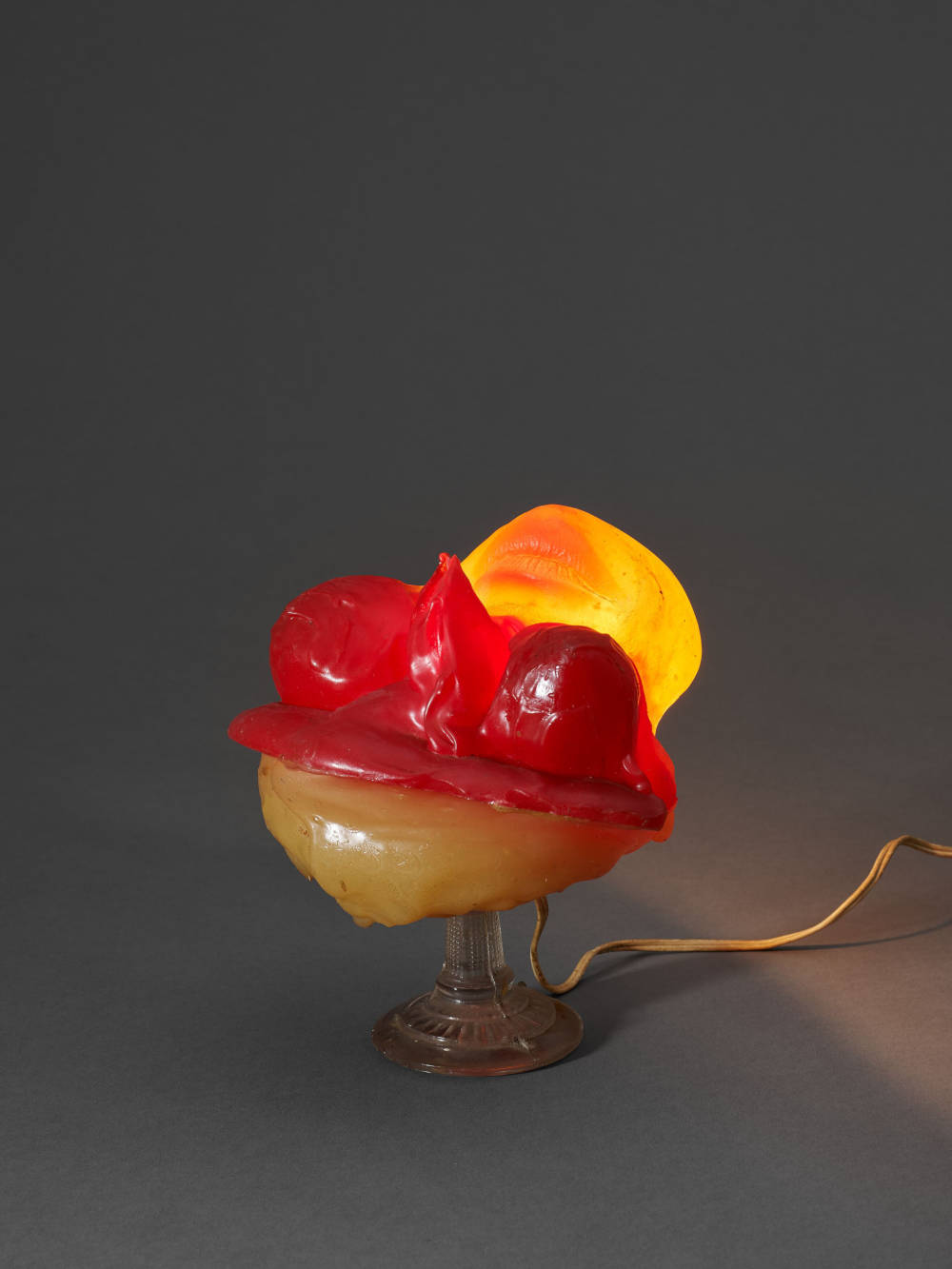 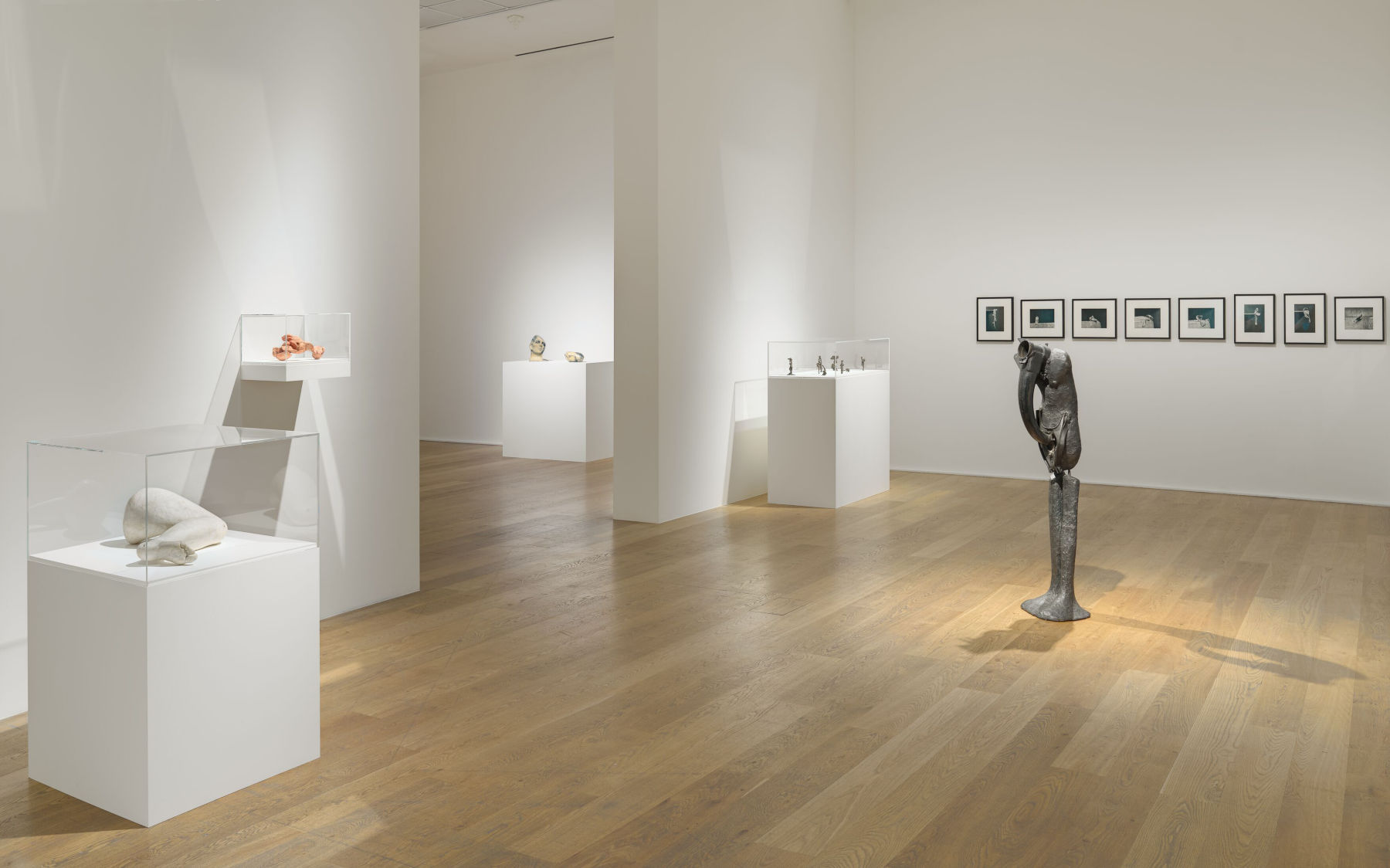 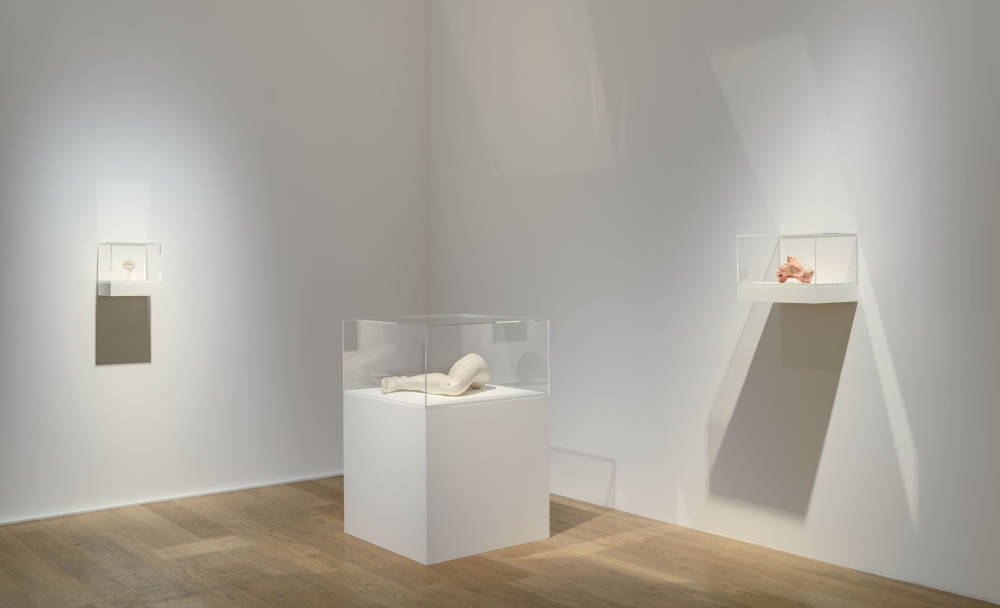 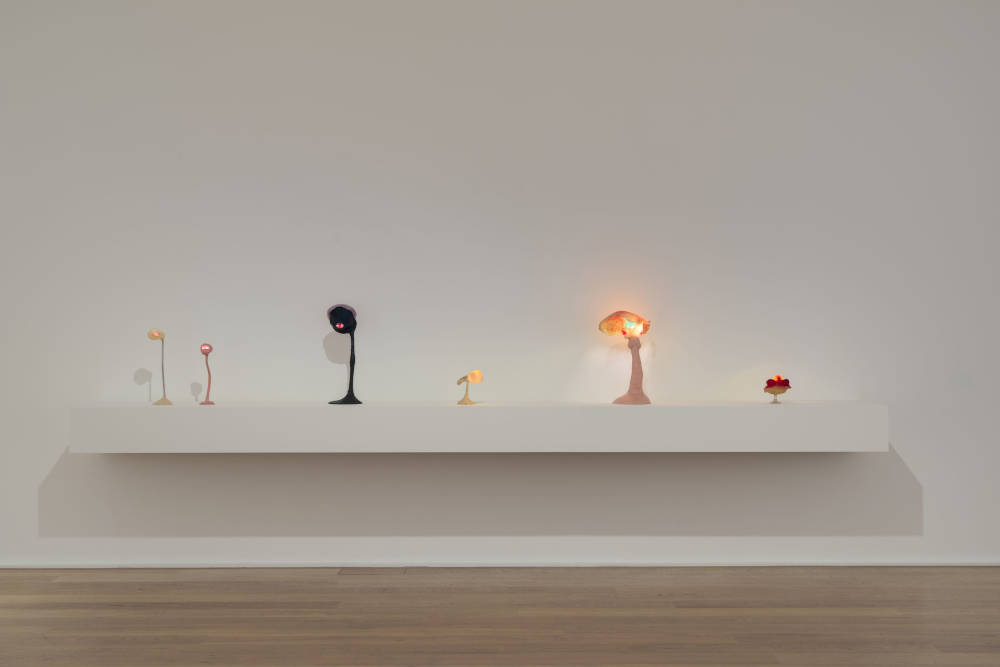 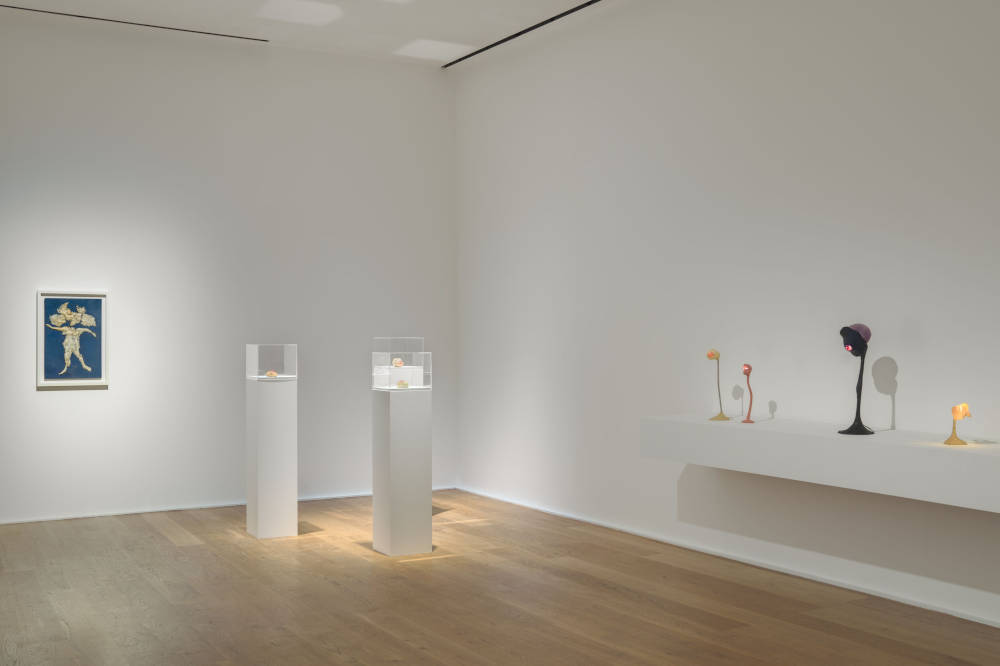 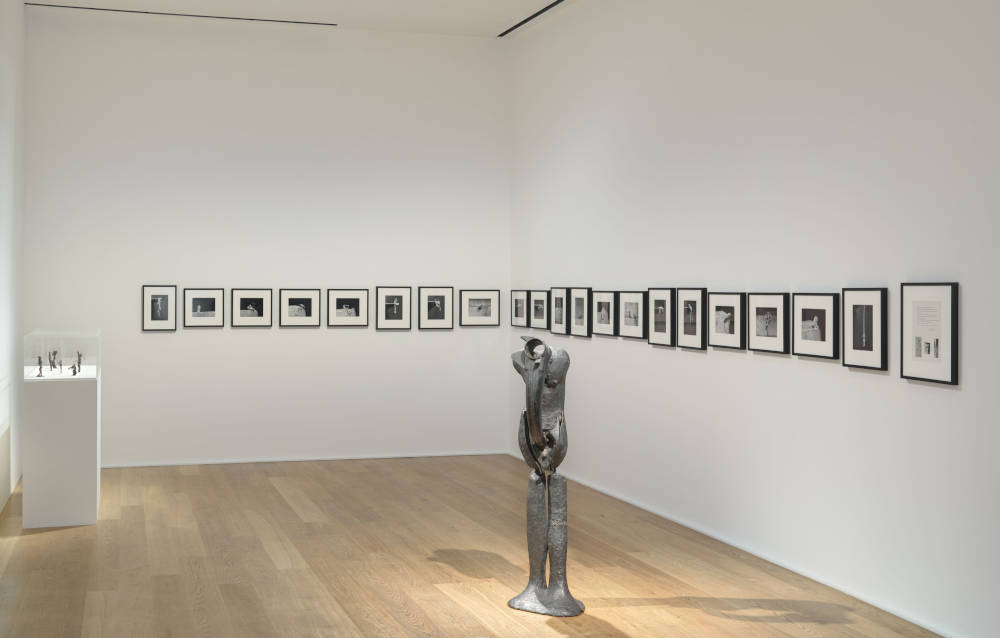 In a brief but explosively inventive career, Alina Szapocznikow (1926 – 1973) radically re-conceptualised sculpture as a vehicle for exploring, liberating and declaring bodily experience. ‘To Exalt the Ephemeral: Alina Szapocznikow, 1962 – 1972,’ reveals the full expressive potential of this pioneering Polish artist’s work through the material innovations she made during the last decade of her life and is the first solo presentation of Szapocznikow’s work in the UK since her acclaimed exhibition at The Hepworth Wakefield in 2017. A version of this travelling exhibition was first shown at Hauser & Wirth in New York in late 2019. A new title from Hauser & Wirth Publishers features essays by Margot Norton and Pavel Pyś and gives further insights into the work of this remarkable artist.

The details of Szapocznikow’s biography have been well documented and readings of her work have often emphasised her experiences. Born in Poland to a Jewish family in 1926, she survived the horrors of concentration camps as a teenager. In the post-war years, moving from Prague to Paris, she ultimately abandoned the Socialist Realism endorsed by the Polish government, as well as the prevailing winds of modernist abstraction, to embrace Surrealist tendencies and the Pop-influenced New Realism of the Paris avant-garde, championed by Pierre Restany. Working furiously as she cycled through phases of artistic growth, Szapocznikow engaged themes related to the body with full intensity. In the last decade of her life, her experimentation with new materials acquired particular focus and force, yielding works that dramatically challenged the traditional language of sculpture and presaged approaches central to art today. Her work and life were cut short in 1973 when, at the age of 46, she succumbed to cancer.

‘To Exalt the Ephemeral’ begins with one of Szapocznikow’s pivotal works, made in 1962. ‘Noga (Leg),’ a plaster cast of the artist’s right leg, marks her shift away from the mere representation of the human body to a tangible imprint of her own personhood. Here, a single limb, detached from the larger structure that has defined it, becomes a symbol of individuation and a vehicle of pleasure, while nodding to the mechanical forces that commodify the female body.

Building on the idea of reproduction, Szapocznikow experimented with new industrial materials, including polyester resin and poured polyurethane foam. As the artist explained, ‘Plastic materials seem perfect to me for attempts to express and capture our age because of their repetitive possibilities, their lightness, their colours, their transparency, their inexpensiveness. The age of modular multiplication, of swift mass consumption, of automatic repetition. These symptoms that are so characteristic, so superficially gay and so sadly monotone and moving. I hope to be able to explore deeply the problem of the repeated module, in direct contact with the module’s industrial reproduction.’ [1]

Themes of mortality and violence have been a point of focus in the reception of the work, yet Szapocznikow equally mined the erotic and the absurd as terrains of investigation. Through her material experiments, Szapocznikow generated a series of lamps, exemplified here by the ‘Lampe Bouche (Illuminated Lips)’ (1966) works, functional sculptures of glowing female lips extending from elongated stem-like bases. ‘Sculpture Lampe (Sculpture Lampe)’ (1970) combines a phallus-like form with a breast, the fragmented and juxtaposed body parts implying fetish objects. Although the artist lived and worked in Paris at the time, her focus on malleable material as a proxy for the body firmly positions her among contemporaries practicing in the United States, including Eva Hesse, Hannah Wilke, and Lynda Benglis, as well as noted friend Louise Bourgeois, to whom Szapocznikow dedicated and gifted two lamp sculptures similar to those on view.

Szapocznikow’s exploration of plastic as a means of seriality could be viewed as antithetical to traditional hierarchical values of sculpture. She circumvented this dichotomy by deploying the language of commodity culture to create works that are unique. Again, a key characteristic of Szapocznikow’s practice was her endlessly inventive approach to new materials and techniques. Thus, she produced most of her work in her own studio rather than outsourcing fabrication to a factory. The importance of process and its link to the body is clearly defined in a series of photographs Szapocznikow made in 1971, titled Fotorzeźby (Photosculptures). Of these images of chewed gum displayed on a shelf, she wrote: ‘In shaping with my mouth odd-looking and bizarre forms, I suddenly realized what extraordinary collection of abstract sculptures was moving between my teeth. One has only to photograph and enlarge my masticated creations in order to achieve a sculptural presence. Chew well then. Look around you. Creation lies just between dreams and daily work.’ [2]

By focusing on an intimate, tactile relationship with her mediums, Szapocznikow was able to push the experimental boundaries of artistic gesture, resulting in such works as the Souvenirs. These sculptures radically integrate polyester resin, fibreglass, wool, and photographs to capture both personal and collective histories – images ranging from a picture of Alina as a child on her father’s shoulders, to a photo of a female victim of a concentration camp, to a portrait of 60s icon Twiggy. The Souvenirs suggest mementos – or memento mori –for an ambiguous new era. The Souvenirs predict the artist’s Tumors, an example of which dating from 1970 can be seen in the exhibition, and subsequent Fetishes, begun at the end of the 1960s and early 1970s. The latter incorporate resin, crumpled newspaper, clothing, and other personal items, and photographs.

Szapocznikow’s final works express her pointed desire to engage with something deeper and ineffable, physical and psychological, the symptoms of bodily experiences and the traces of what we leave behind. A self-portrait made in 1971 in resin and gauze is a compelling prefiguration of her own death mask that poetically indices one of her earliest body casts. She wrote, ‘Despite everything, I persist in trying to fix in resin the traces of our body: I am convinced that of all the manifestations of the ephemeral, the human body is the most vulnerable, the only source of all joy, all suffering, and all truth.’ [3]

To Exalt the Ephemeral: Alina Szapocznikow, 1962-1972 @hauserwirth London despite everything, I persist in trying to fix in resin the traces of our body: I am convinced that of all the manifestations of the ephemeral, the human body is the most vulnerable, the only source of all joy, all suffering, and all truth - Szapocznikow click the link in our bio to view the exhibition in VR #mustsee #AlinaSzapocznikow #HauserWirth #London #gallery #exhibition #art #installationart #sculpture #abstract #figurative #geometry #contemporaryart #modernart #seemoreart #GalleriesNow #lifestyle #ID17375