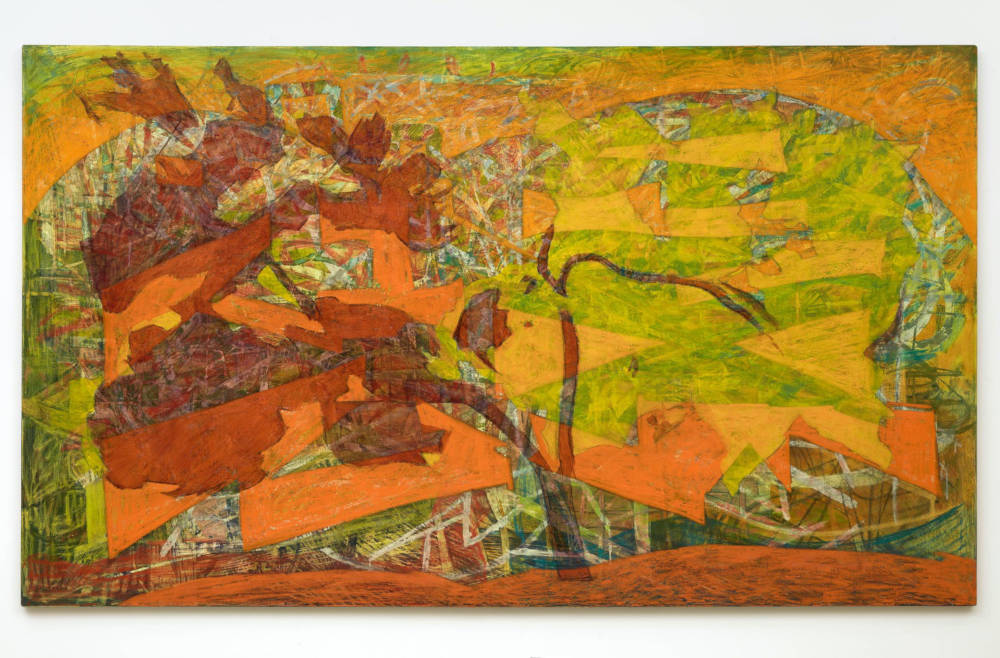 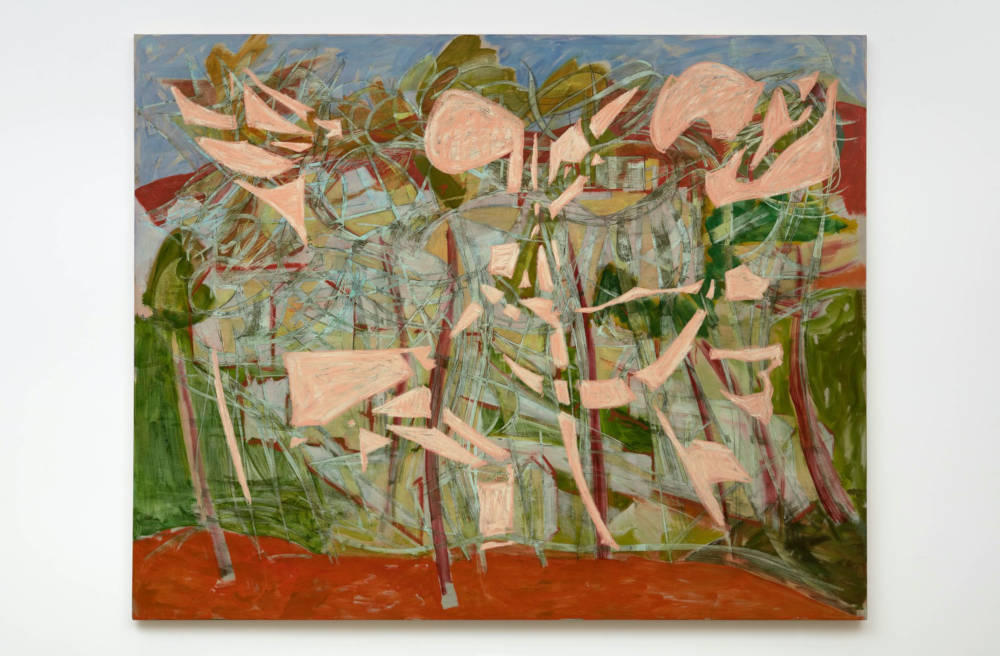 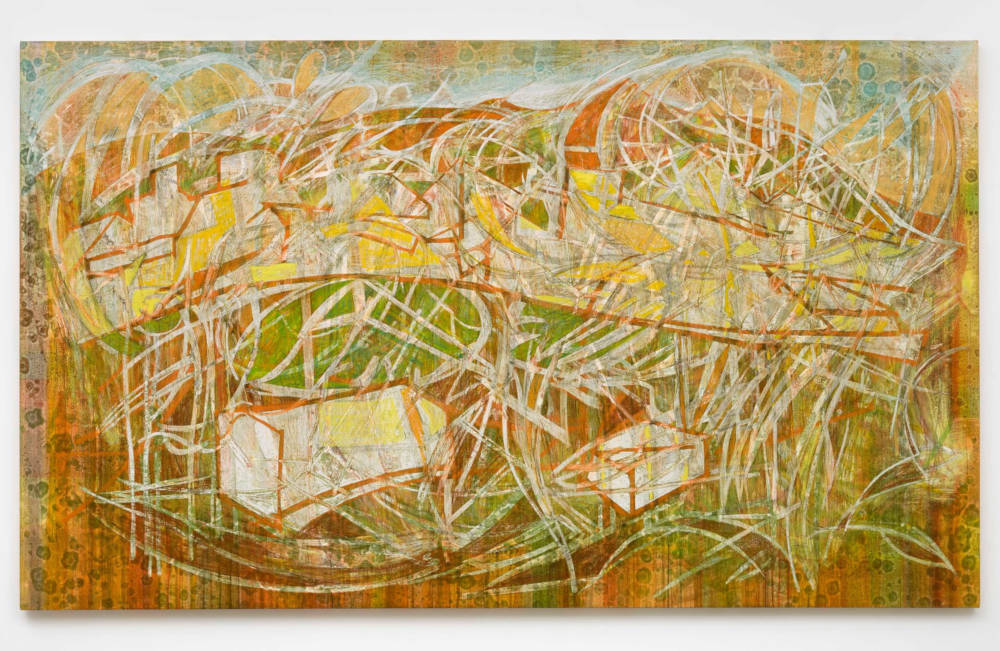 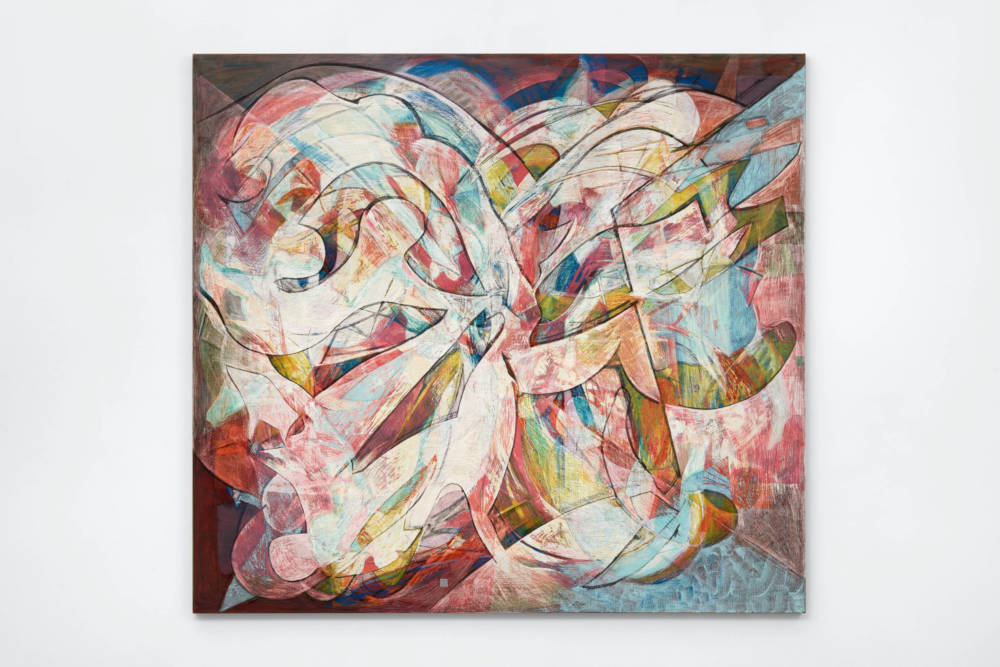 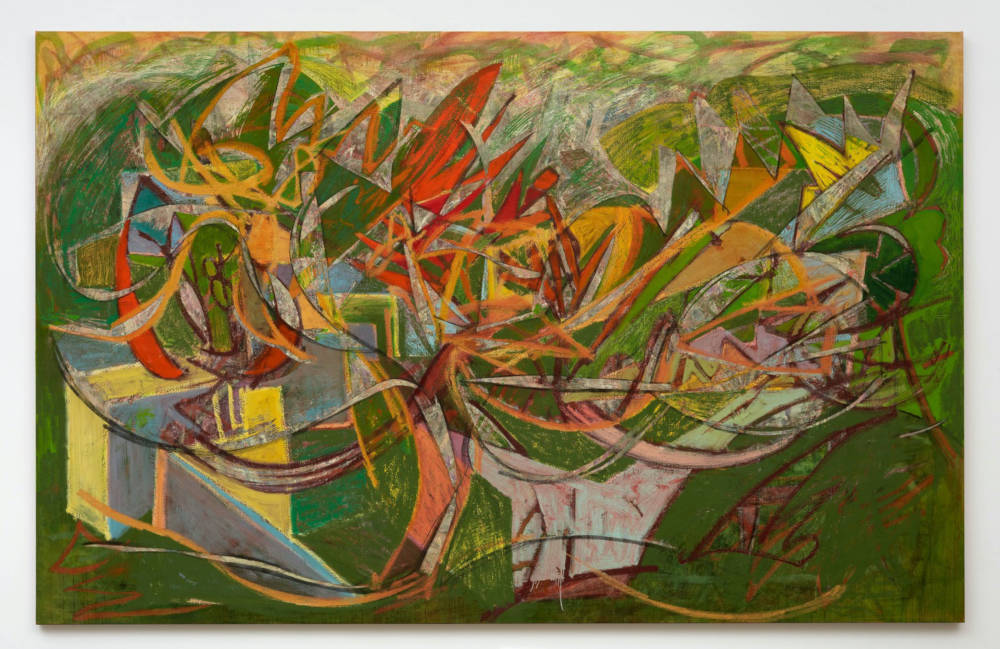 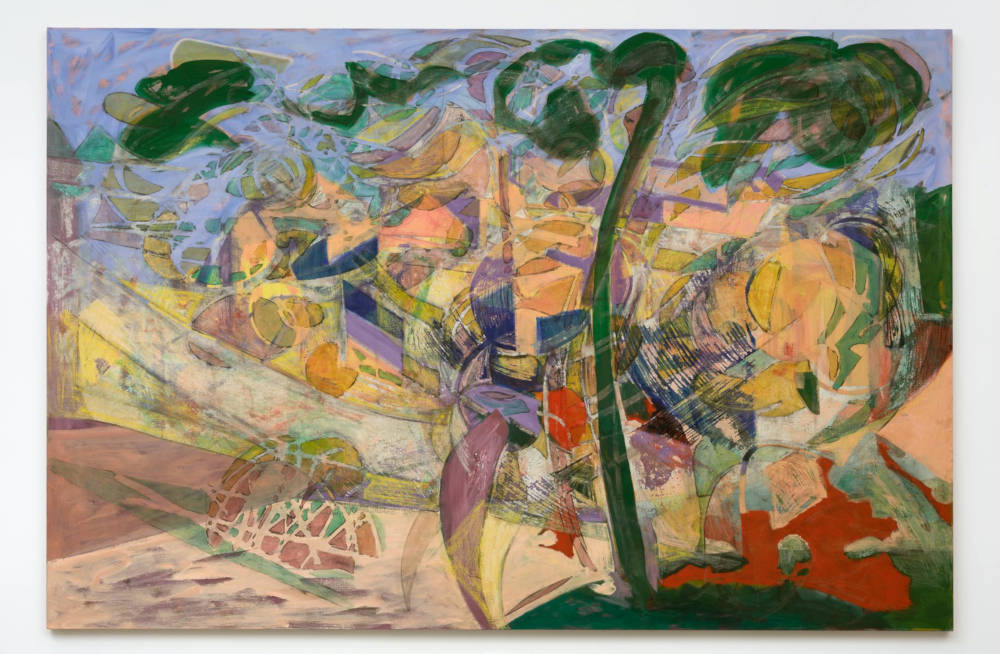 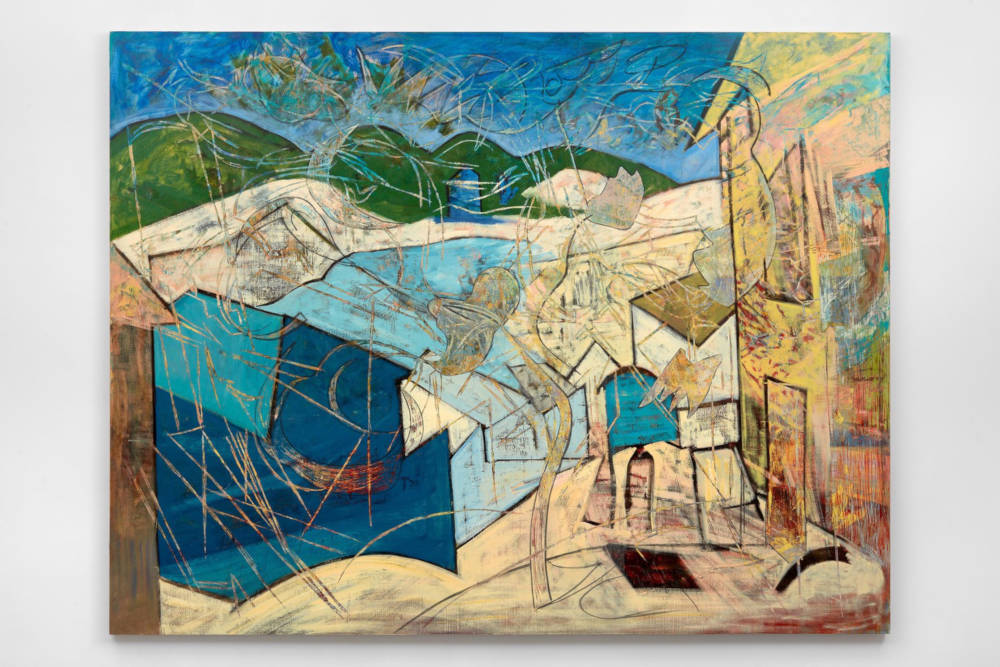 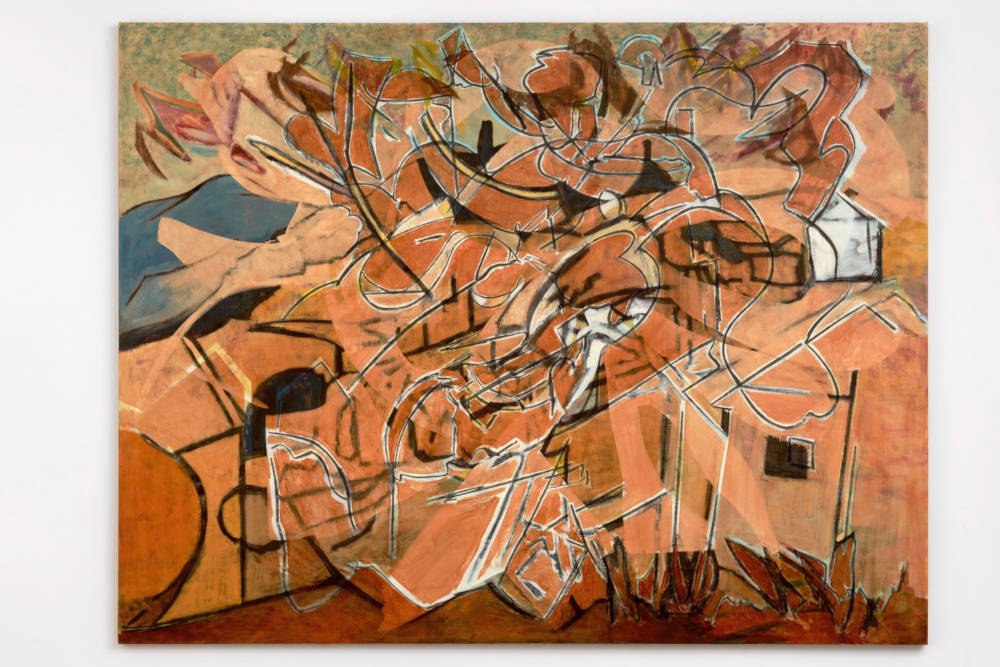 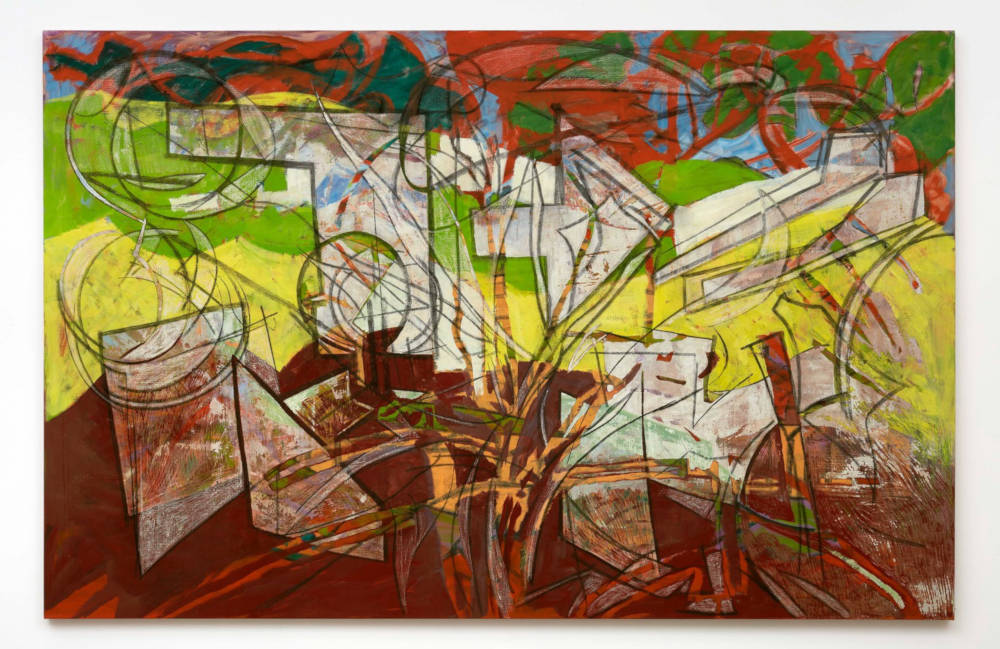 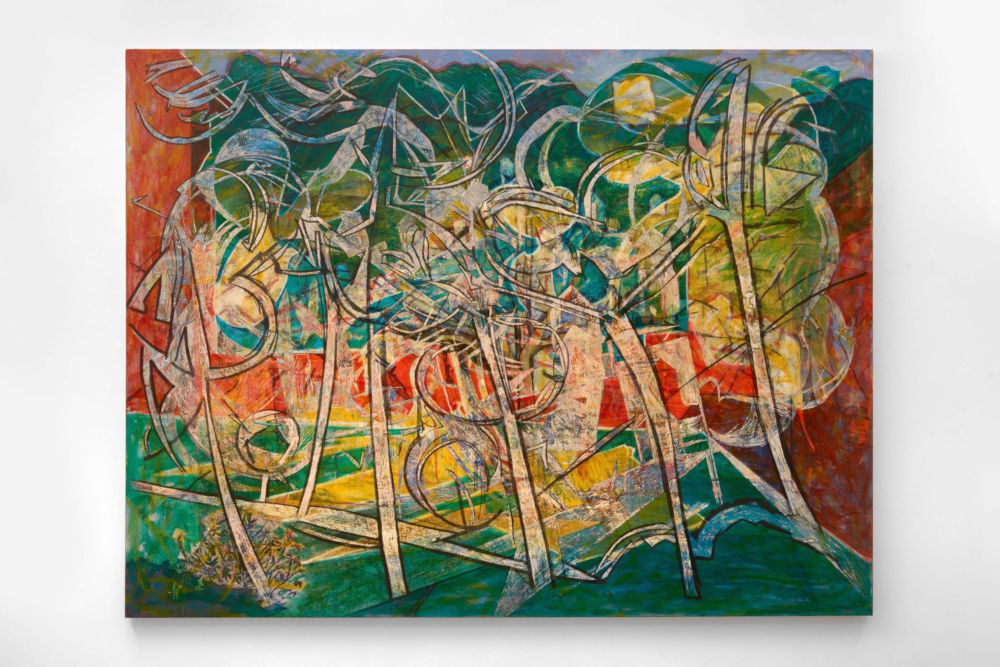 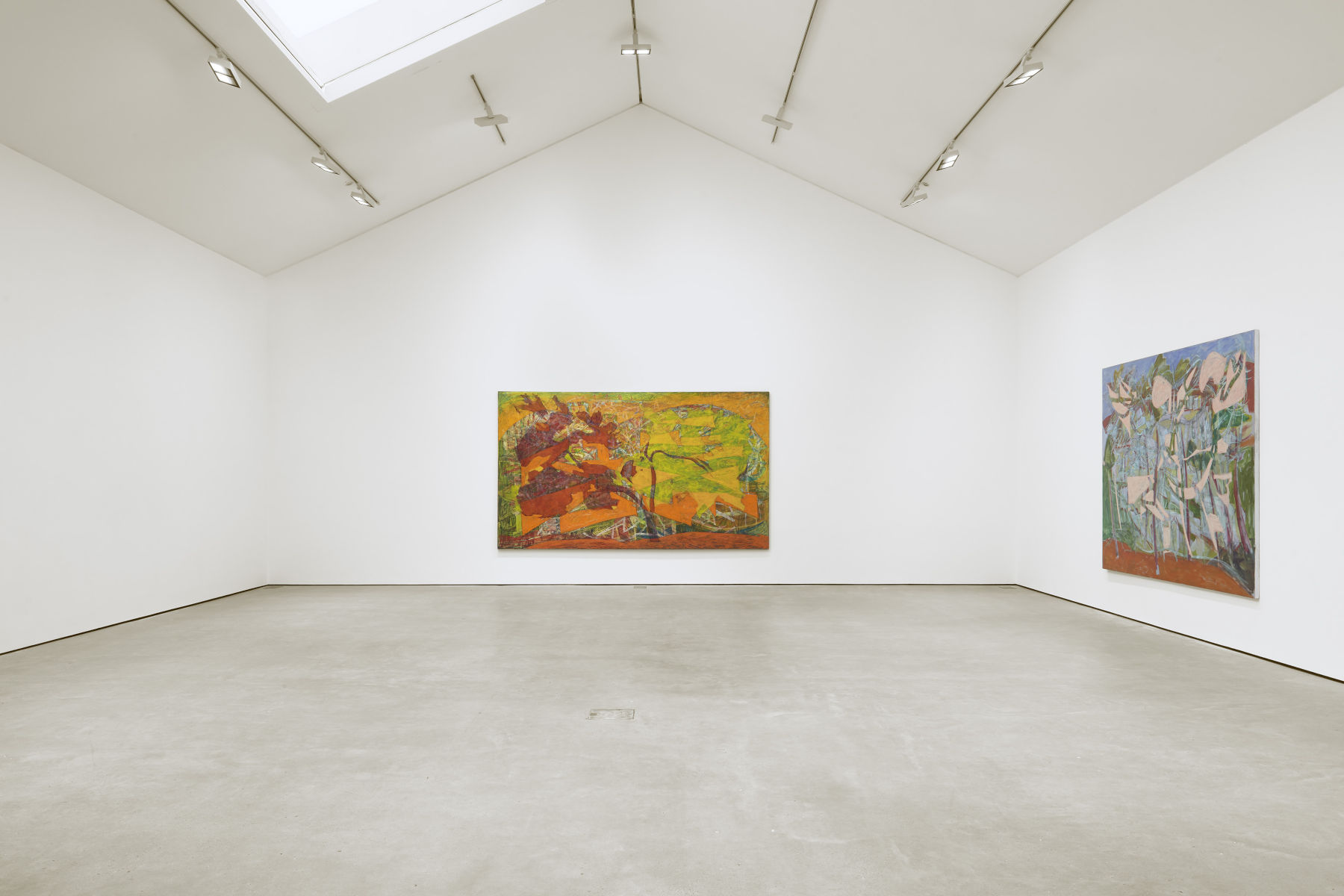 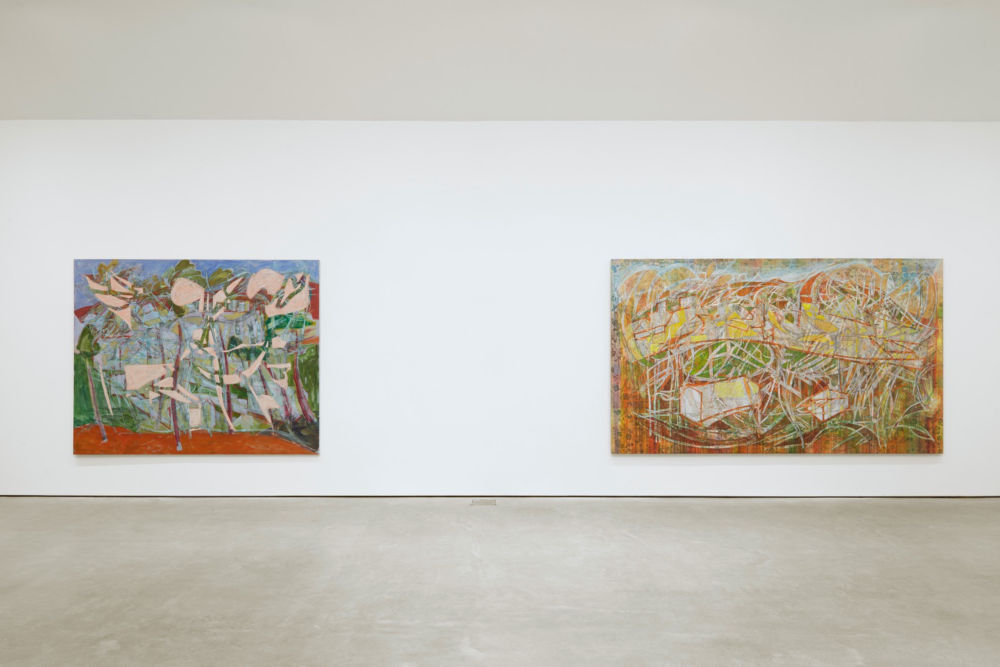 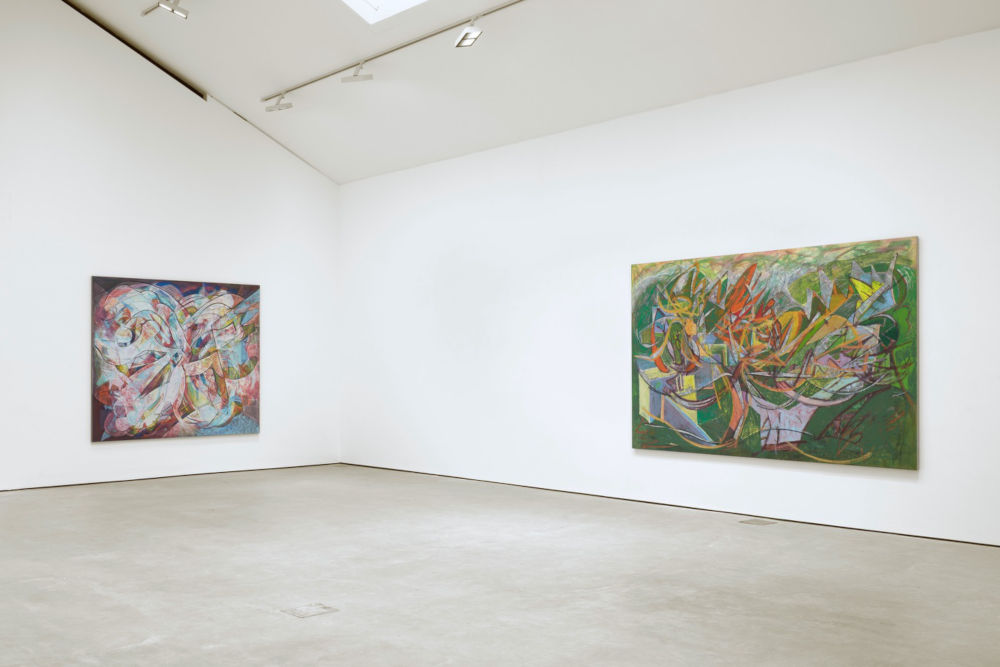 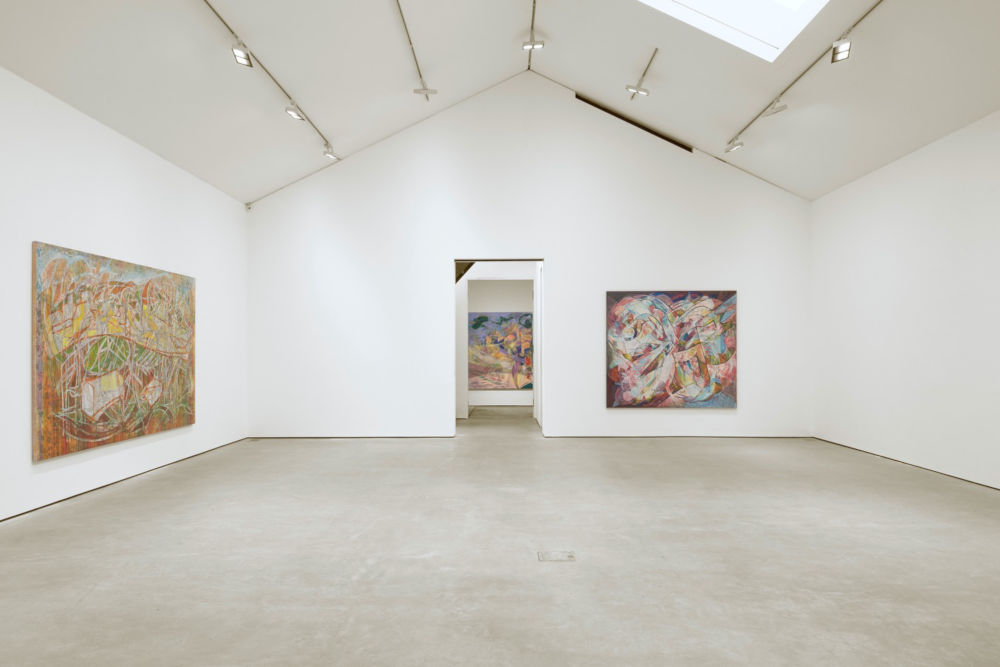 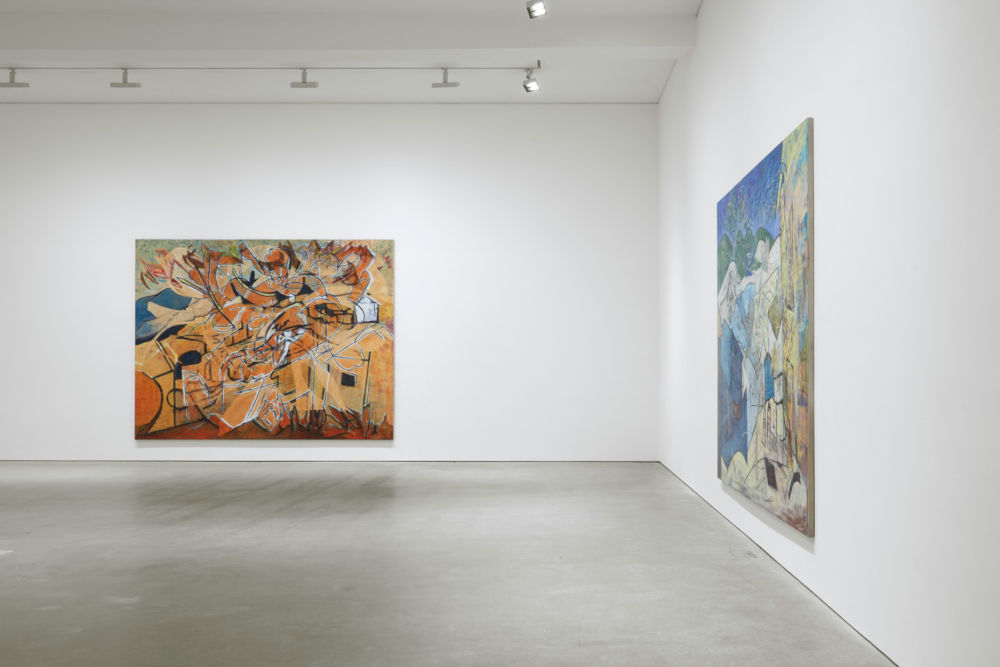 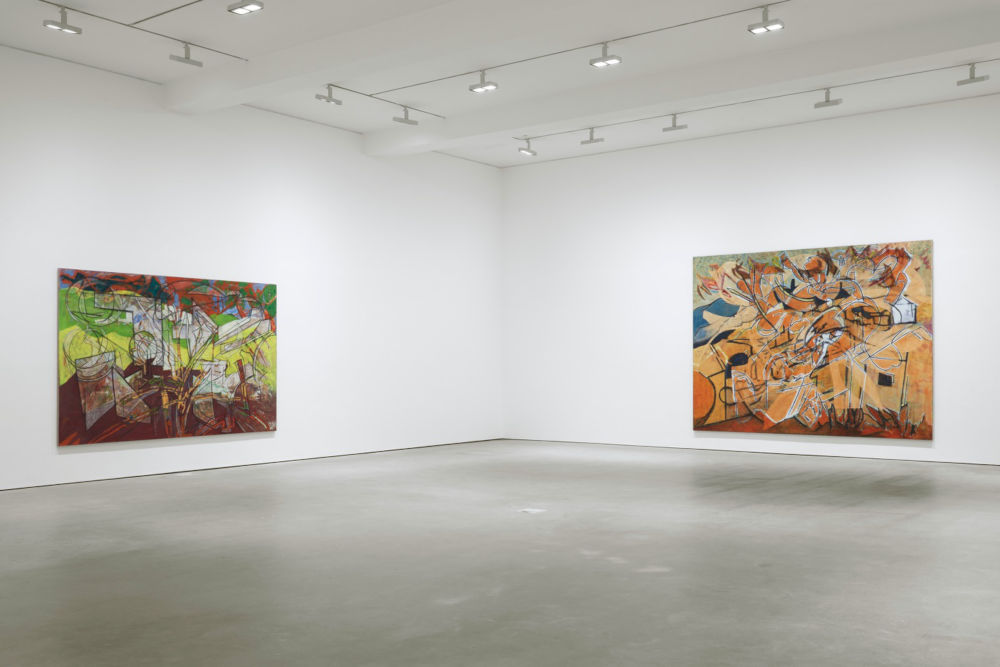 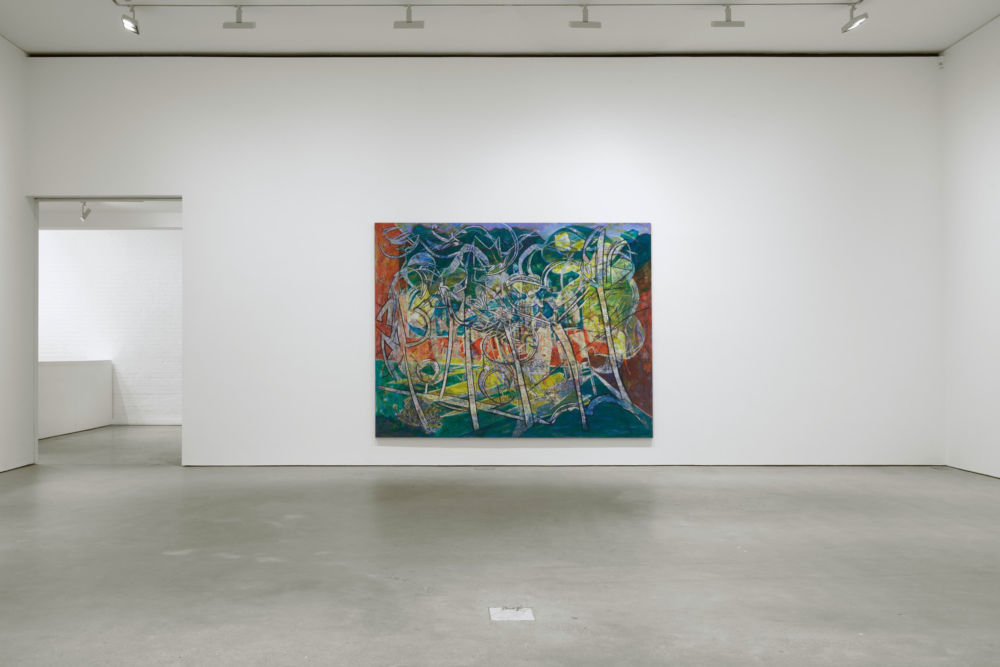 The exhibition consists of new large-scale paintings made in reference to the environment and history of Ronda, a village in Andalucía, southern Spain, where Stoner lives and works.

‘Al-Andalus’ was the name given to the Iberian Peninsula during the Middle Ages. The terrain around the city of Ronda reflects the layered and disparate history of cultural and religious influences exerted on the region over centuries, echoed in the style of the architecture and ruins of the area, with villages perched on the edge of dramatic cliffs, amid wide plateaus and arid countryside.

Conceived from a multitude of drawings and works on paper, Stoner approaches his paintings as palimpsests, with some of the scenes described as much by the removal and erasure of painting, as by the addition of materials. They have often been amended and reworked over a period of several years. The final paintings become much like visual autopsies, their visible layers revealing damaged, dissected brushstrokes, and elements of the picture surface flayed away to reveal earlier forms and gestures. This distance from nature and the painted gesture, results in compositions which are as much abstract depictions of light, colour and movement, as recordings of the landscape.

Explore from the comfort of your own home - Tim Stoner: Al-Andalus @stuartshavemodernart London new large-scale paintings made with reference to the environment and history of Ronda, a village in Andalucía, southern Spain, where Stoner lives and works click the link in our bio to view the exhibition in VR #360 #360art #360photo #VR #VirtualReality #StuartShaveModernArt #ModernArt #London #gallery #exhibition #art #painting #abstract #geometry #contemporaryart #seemoreart #GalleriesNow #lifestyle #ID17197