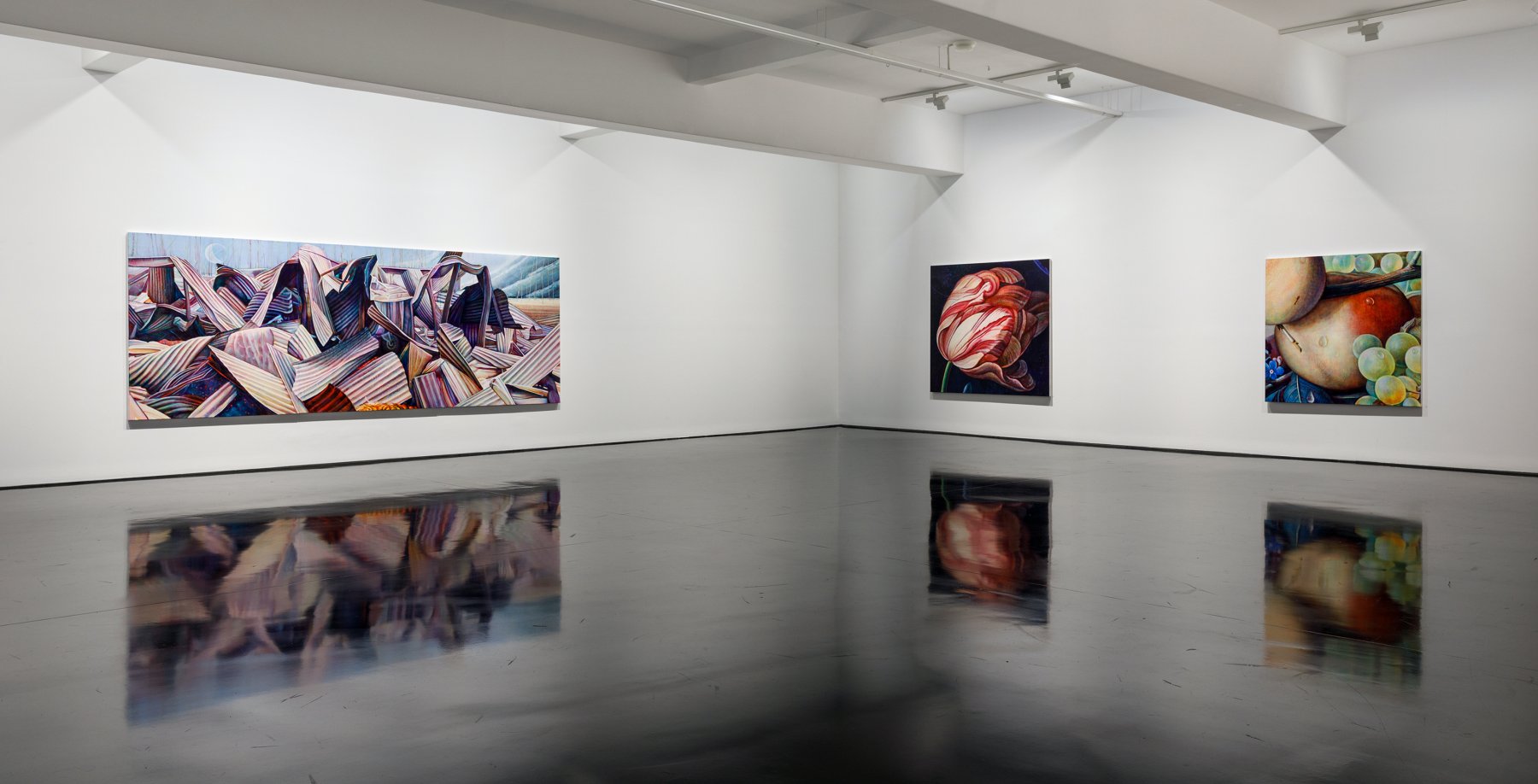 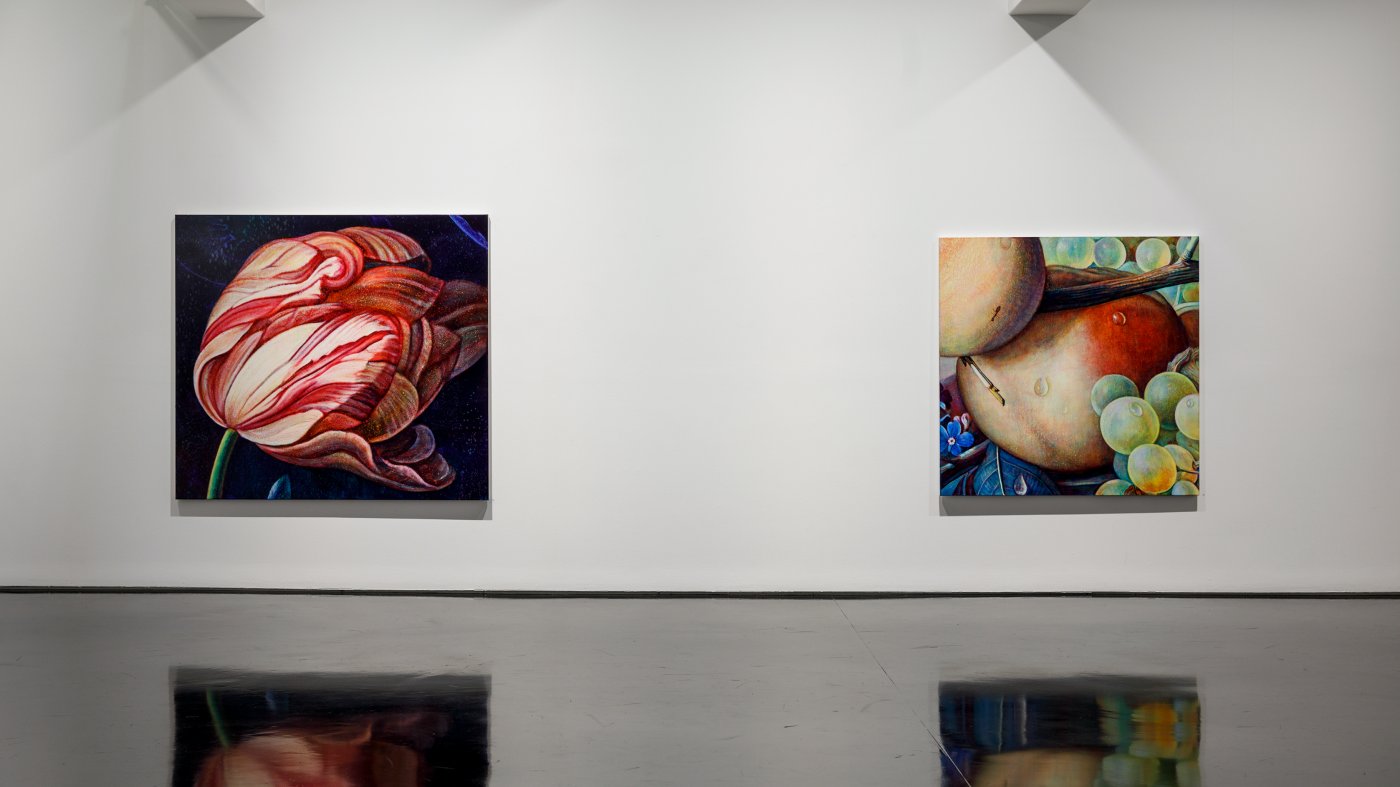 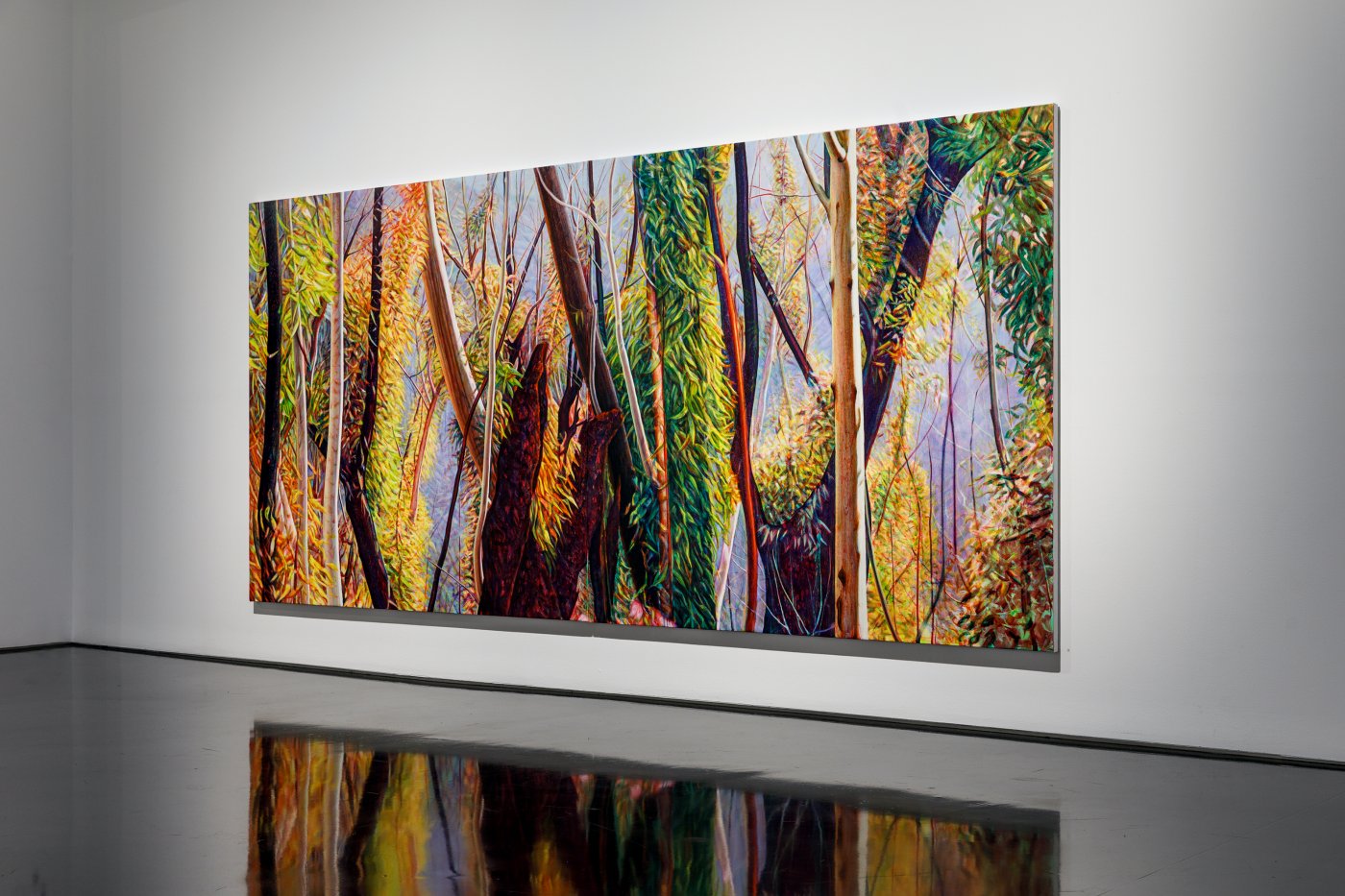 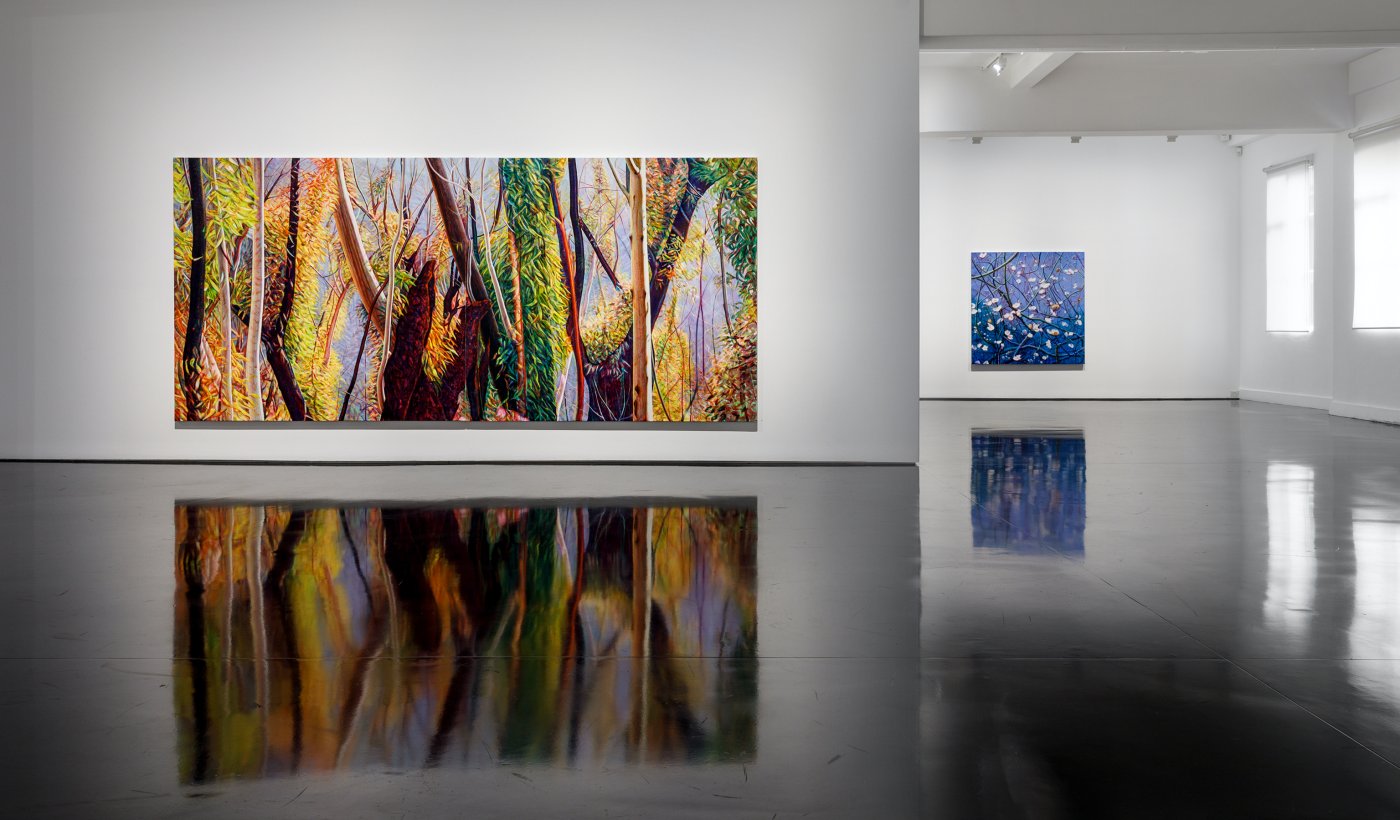 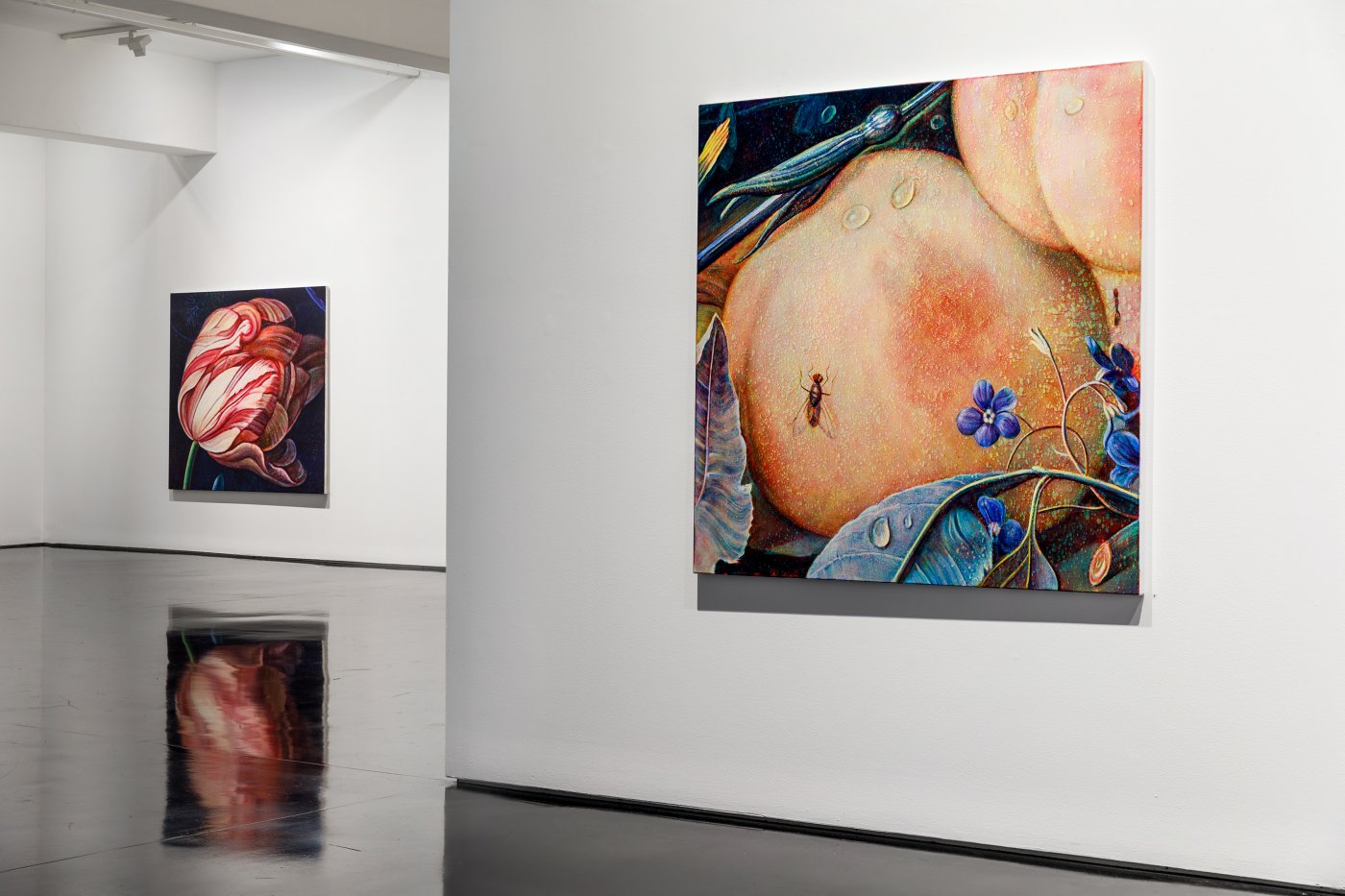 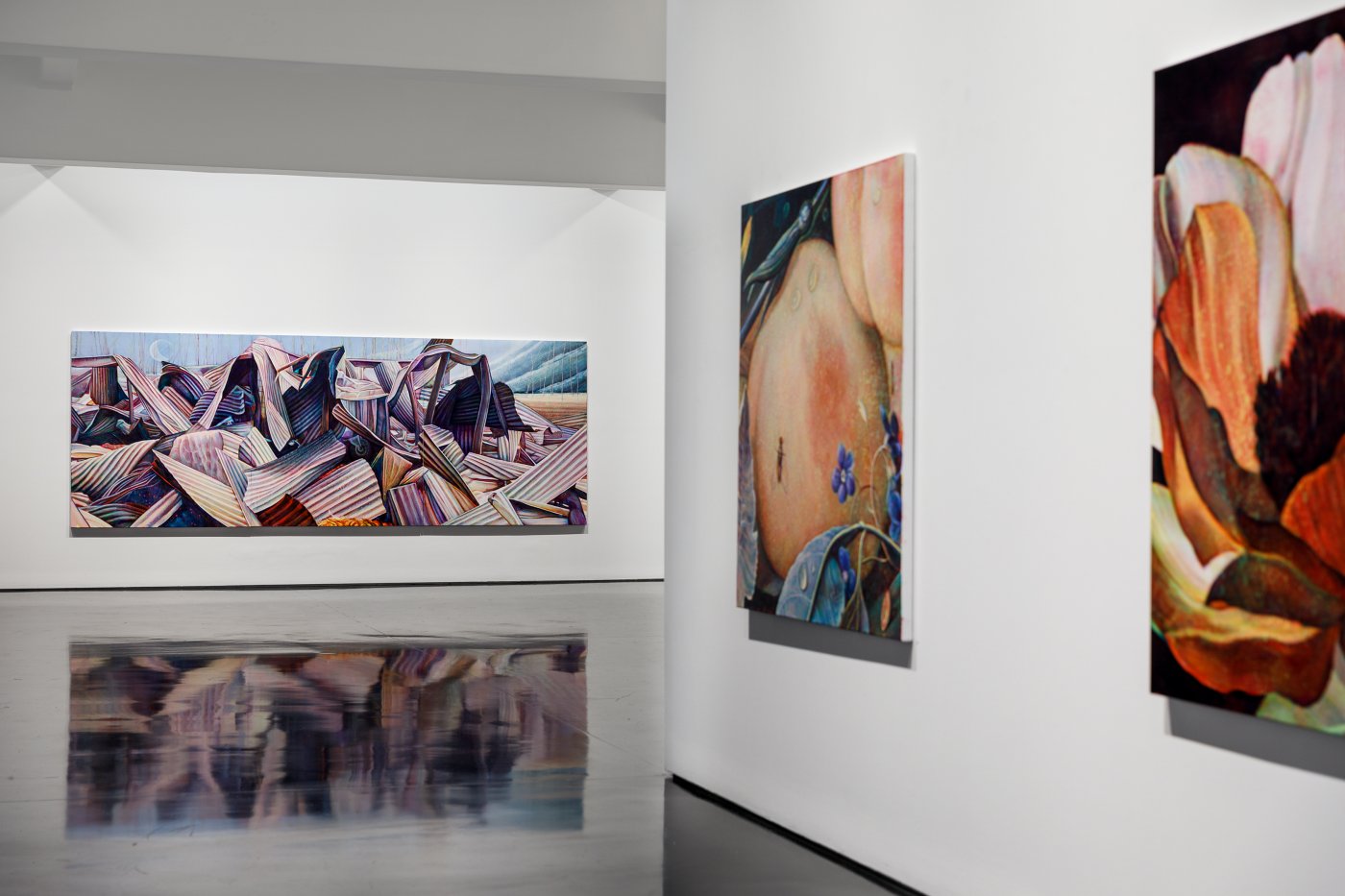 Tim Maguire’s paintings and prints are cinematic in scale and distinctive for their rich colouration and technical skill. Giant flowers and golden fruit resonate from ambiguous backgrounds. The work is sumptuous, romantic. Dr Shaune Lakin, Head Curator – International Art at National Gallery of Australia argues that Maguire’s painting is “both historical and contemporary”. But these modes “do not exactly co-exist… they rub up against each other.”

Maguire uses digital photographs as source material for his oil paintings. He applies colour separation techniques – not unlike those used in commercial printing – which blur the distinction between the digital and the handcrafted.

Tim Maguire has exhibited extensively in Europe and Australia for more than two decades, including a 2008 major solo show at Ikon Gallery, UK. For many years he has worked collaboratively with the French master printer, Franck Bordas.

Courtesy of the artist and Tolarno, Melbourne