David Zwirner presents work by German photographer Thomas Ruff (b. 1958), on view across two floors of the gallery’s Hong Kong location. The exhibition provides an overview of the artist’s prodigious career, ranging from a seminal early series to two bodies of new work that were initiated in 2018, tripe and flower.s. 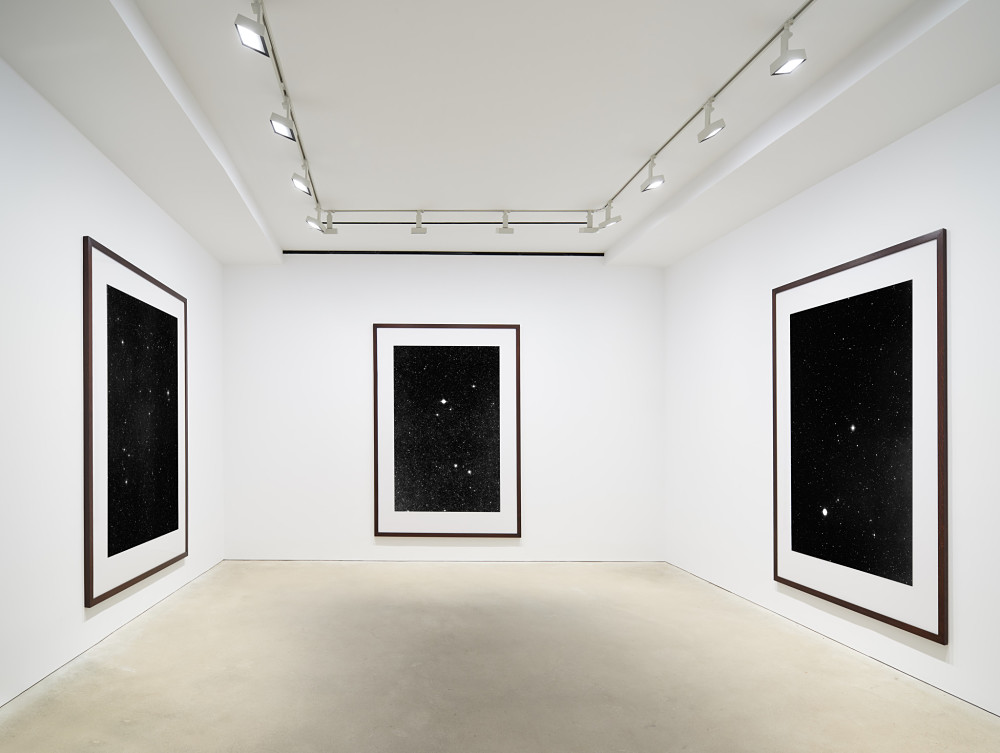 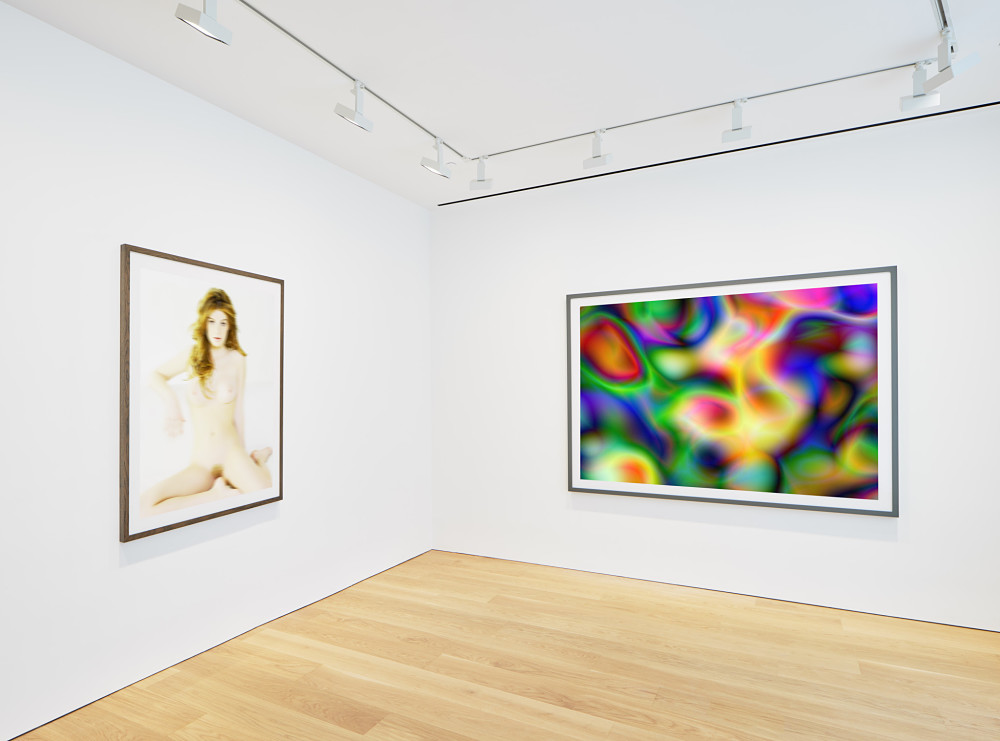 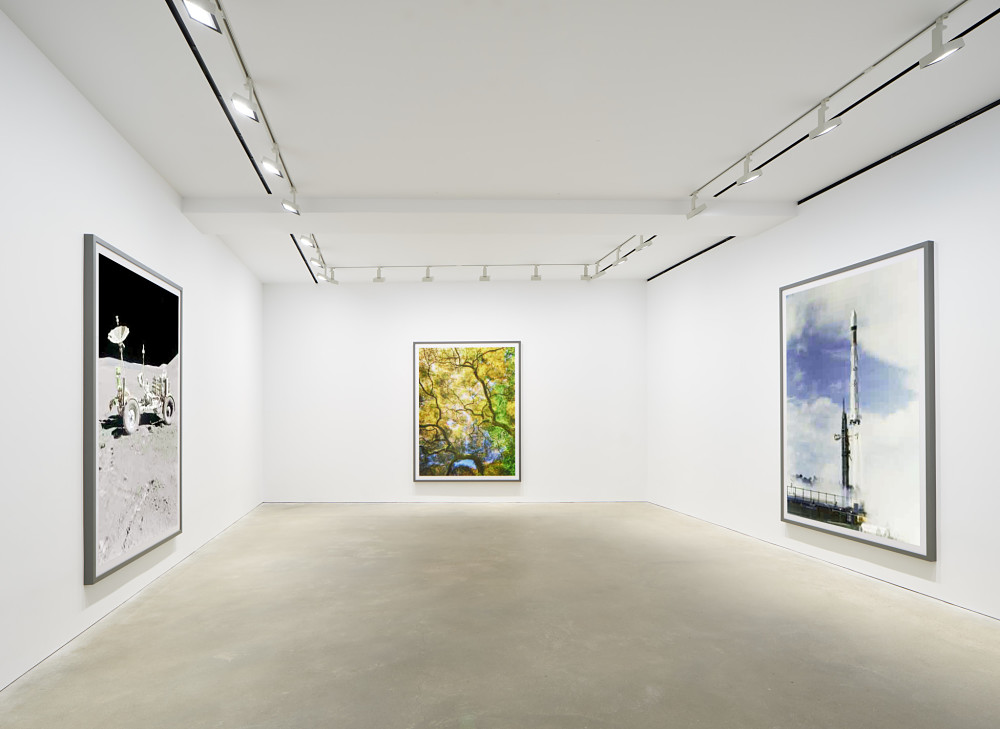 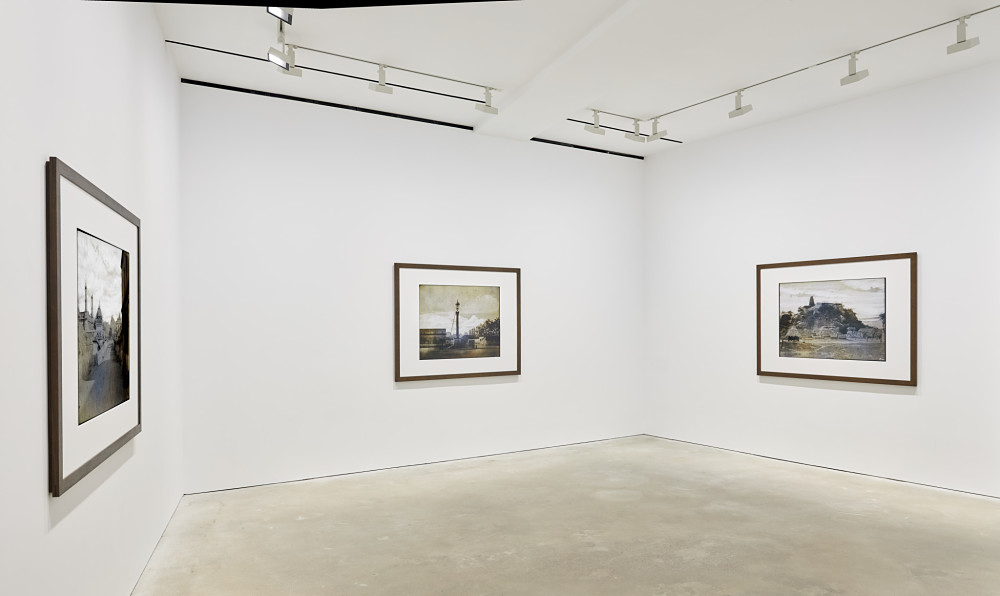 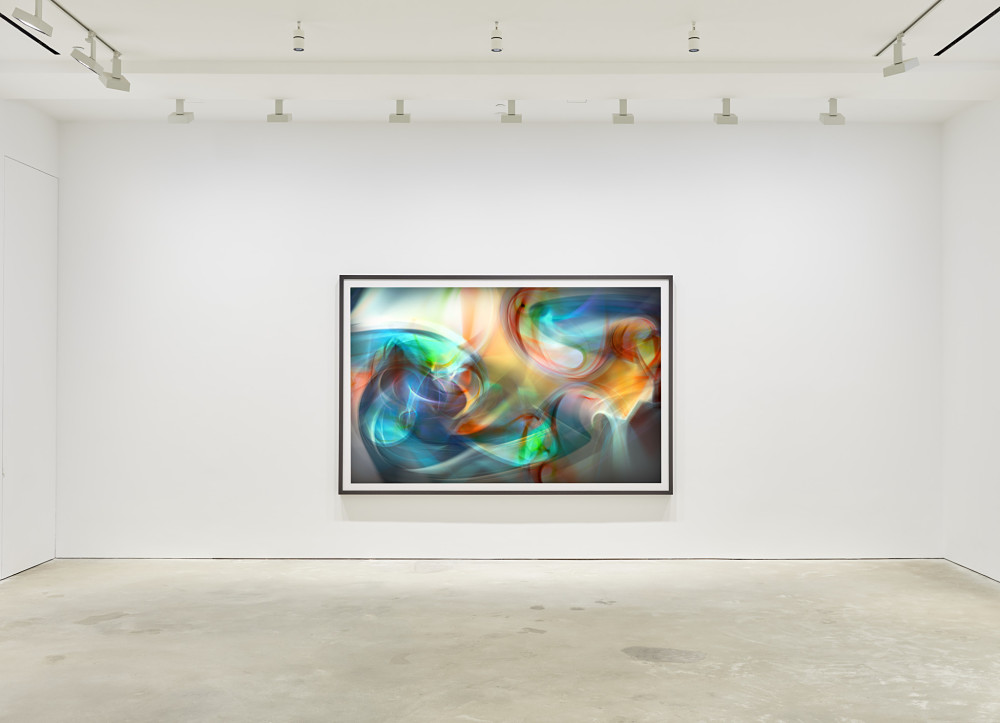 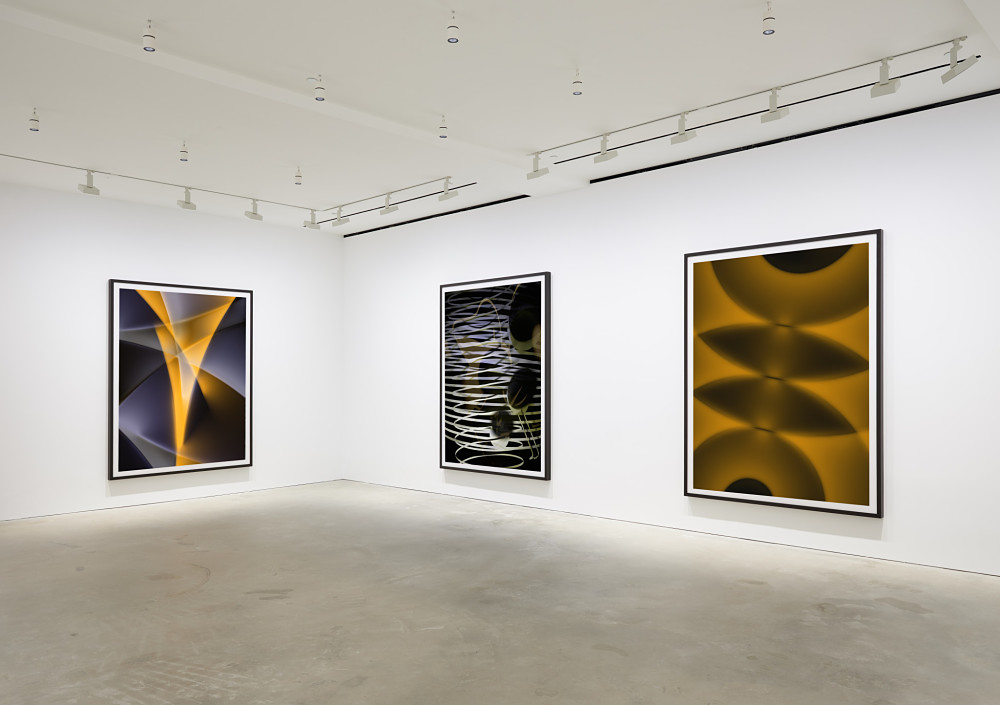 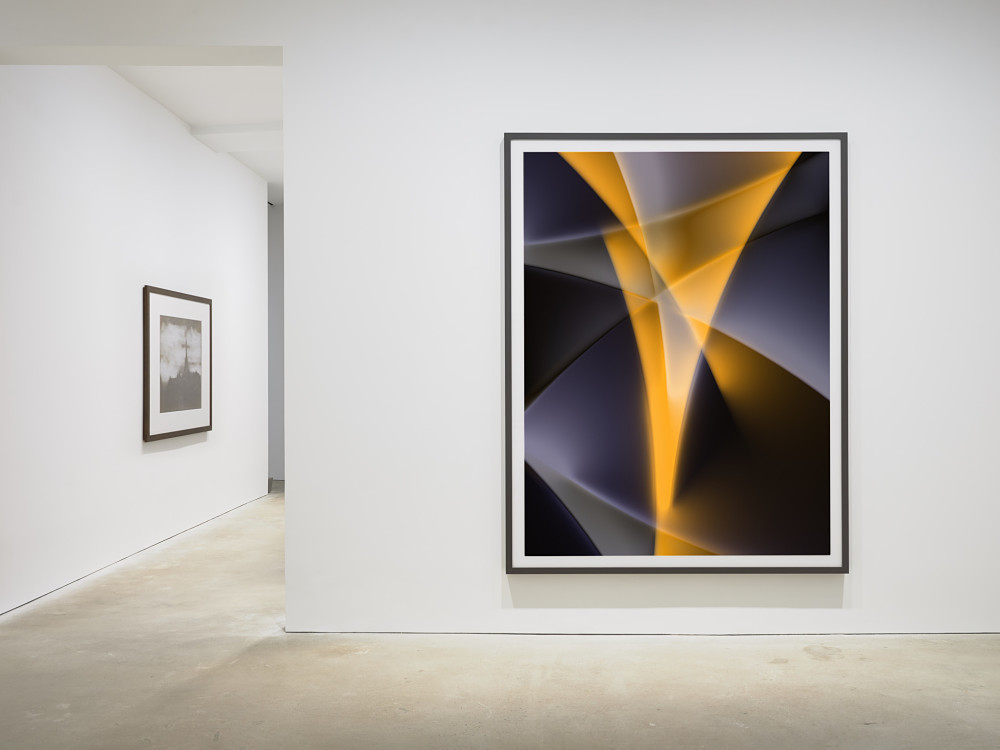 Ruff rose to international prominence in the late 1980s as a member of the Düsseldorf School, a group of young photographers who studied under Bernd and Hilla Becher at the renowned Kunstakademie Düsseldorf and became known for their experimental approach to the medium and its evolving technological capabilities. Ruff, in particular, made a radical break with the style of his teachers, establishing a distinct approach to conceptual photography through a variety of strategies, including the use of color, the purposeful manipulation of source imagery—originally through manual retouching techniques and eventually through digital methods—and the enlargement of the photographic print to the scale of monumental painting. Working in discrete series, Ruff has since utilized these methods to conduct an in-depth examination of a variety of photographic genres, including portraiture, the nude, landscape, archival, and architectural photography, among others.

By the end of the twentieth century, digital technologies of reproduction had become prevalent, and the majority of Ruff’s work since that time reflects this transition to a new mode of image construction, distribution, and reception, as evidenced by the works on view. While a number of Ruff’s series from the earlier part of his career similarly eschew the traditional use of a camera—including his Sterne (Stars) photographs (1989–1992) in which he worked with negatives that he acquired from the archive of the European Southern Observatory to print large-scale, nearly abstract starscapes—in several later series the artist goes further to experiment with achieving analog effects through digital means, often without the use of a camera.

For example, for tripe (2018–2019), Ruff worked with high-resolution images of paper negatives taken in the 1850s in India and Burma (now Myanmar) by Captain Linnaeus Tripe, an officer in Britain’s East India Company army. Held in the collection of the Victoria and Albert Museum in London, these negatives represent a nineteenth-century solution for travel photography because they were lighter and more transportable than glass negatives, though they were also more susceptible to aging. Ruff used a computer program to invert these negatives into positive images,then further digitally manipulated them in a manner analogous to hand-retouching, thus highlighting both the subject matter of the images and the analog processes used to create them. Likewise, to create the works in his ongoing phg. series (2012–), Ruff utilizes a custom software program to compose visually complex, illusory arrangements of shapes and colors that resemble the photograms made by the Surrealists in the 1920s by arranging objects on top of light-sensitive paper. For these artists, the ability to make a photographic image without a camera was both radical and experimental, whereas, paradoxically, Ruff’s use of a computer to simulate this process allows the artist a higher degree of control over the final composition.

In the newest body of work on view, flower.s (2018–), Ruff uses a combination of digital manipulation and analog techniques to approximate pseudo-solarization (also known as the Sabattier effect), another effect favored by the Surrealists in which light and dark areas of an image are partially transposed during the printing process. To create these works, Ruff first uses a digital camera to photograph flowers or leaves arranged on the surface of a light box, then employs a software program to alter their tonal values. He then prints the resulting image onto aged paper, imbuing the resultant compositions with an old-fashioned feel.

Several of the other series presented in the exhibition call attention to the way in which images circulate in the internet era. To create his nudes (1999–), Ruff searches the internet for pornographic images, which he then enlarges, deliberately manipulating the low resolution files by further blurring the image and sometimes altering their color or removing details. In his Substrat series (Substrates; 2001–), Ruff complicates notions of pictorial abstraction. Endeavoring to create a purely abstract photographic image, the artist found that he could do so by blowing up colorful images from Japanese Manga cartoons to the point where all identifiable detail is lost, resulting only in psychedelically-hued, amorphous forms.

The exhibition will also include several images from Ruff’s jpegs series (2004–), a number of which will be on view for the first time. To make these works, Ruff sources low-resolution photographic images from the internet, and subsequently digitally manipulates them. Blown up to the scale of traditional nineteenth-century history paintings, these images remain legible yet noticeably blurred, producing an almost painterly effect wherein grids of mechanical pixilation substitute for the expressiveness of a brushstroke, and, like the works of the Impressionists, the full image comes into view only at a distance.

Highly influential to subsequent generations of photographers, Ruff’s thorough and overarching inquiry into the nature of photographic representation sets him apart from his peers. His persistent questioning accounts not only for his heterogeneous subject matter, but also for the extreme variation of technical means needed to produce his series—ranging from anachronistic devices to the most advanced computer simulators—and working with both found and created source materials. Ruff’s practice fundamentally engages with the medium itself, calling into question the very nature of photographic images and their capacity for truth-telling through his emphasis on process. As he has noted, “I always want to take the medium of photography into the picture, so that you are always aware that you are looking at an image—a photograph—so, in the picture I hope you can see two things: the image itself, plus the reflection—or the thinking—about photography…. It is as if I am investigating the grammar of photography.”1

Born in 1958 in Zell am Harmersbach, Germany, Thomas Ruff attended the Staatliche Kunstakademie in Düsseldorf from 1977 to 1985. The artist’s first major museum presentation, Porträts, Häuser, Sterne, was held in 1989 at the Stedelijk Museum, in Amsterdam, and traveled to Le Magasin – Centre National d’Art Contemporain, Grenoble, and Kunsthalle Zürich.

In 1995, the artist represented Germany in the Venice Biennale with Katharina Fritsch and Martin Honert. In 2016, The National Museum of Modern Art, Tokyo, hosted a major survey of Ruff’s works spanning his career, which traveled to the 21st Century Museum of Contemporary Art, Kanazawa, in Japan. More recently, in 2018, the artist’s work was featured in Photography Spotlight at the Victoria and Albert Museum, London, and in No Two Alike: Karl Blossfeldt, Francis Bruguière, Thomas Ruff at the Contemporary Arts Center, in Cincinnati, Ohio.

This will be Ruff’s tenth solo exhibition with David Zwirner since joining the gallery, in 2000. On the occasion, a new publication on Ruff’s work, featuring an interview with the artist by Okwui Enwezor, is forthcoming from David Zwirner Books, and will be available in both English and bilingual English/traditional Chinese editions.