Mai 36 Galerie presents new works from the Tableaux chinois series by Thomas Ruff (born in 1958 in Zell am Harmersbach in the Black Forest region). Thomas Ruff lives and works in Düsseldorf and has been one of the internationally most significant contemporary artists for over 30 years. 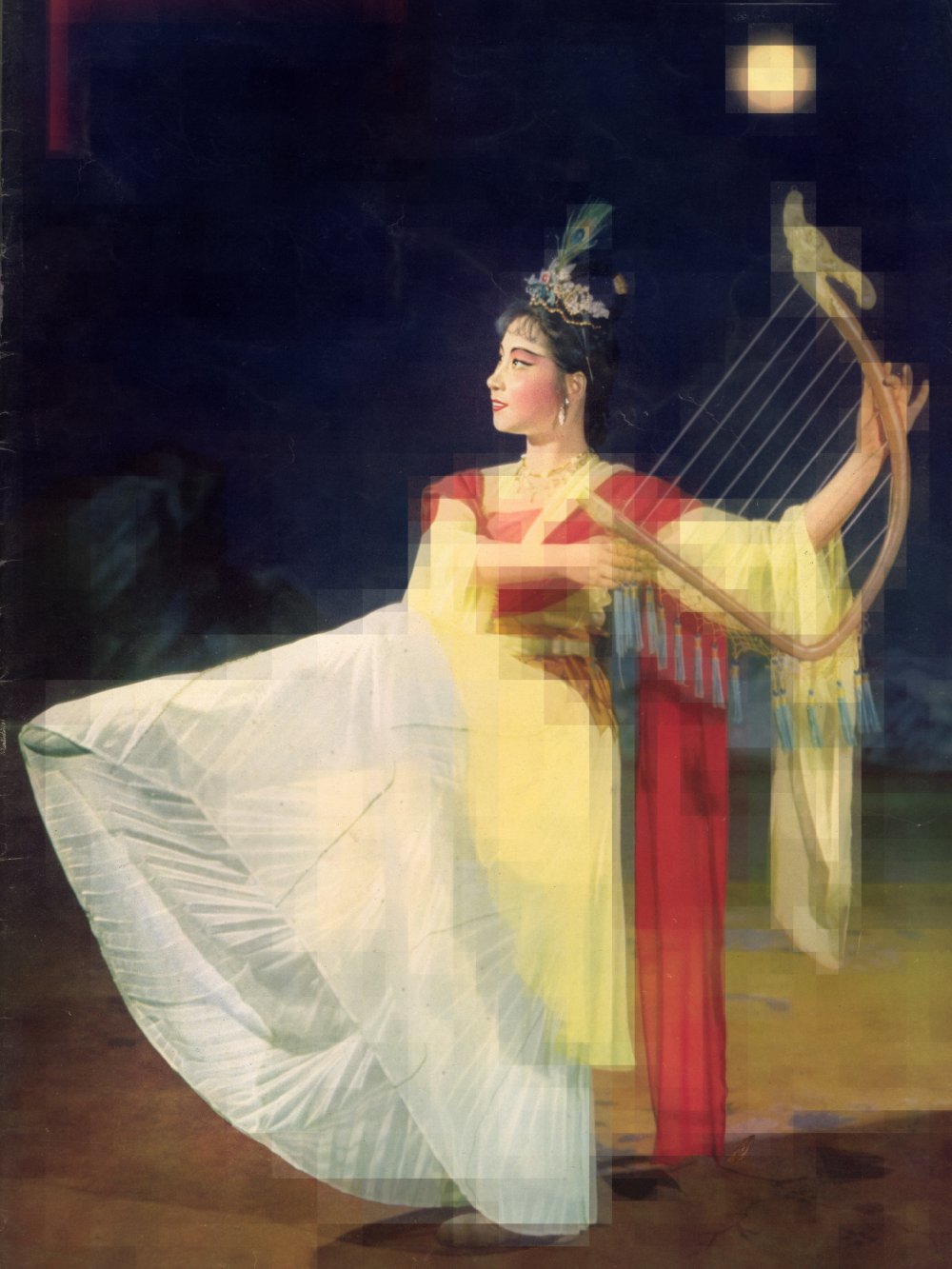 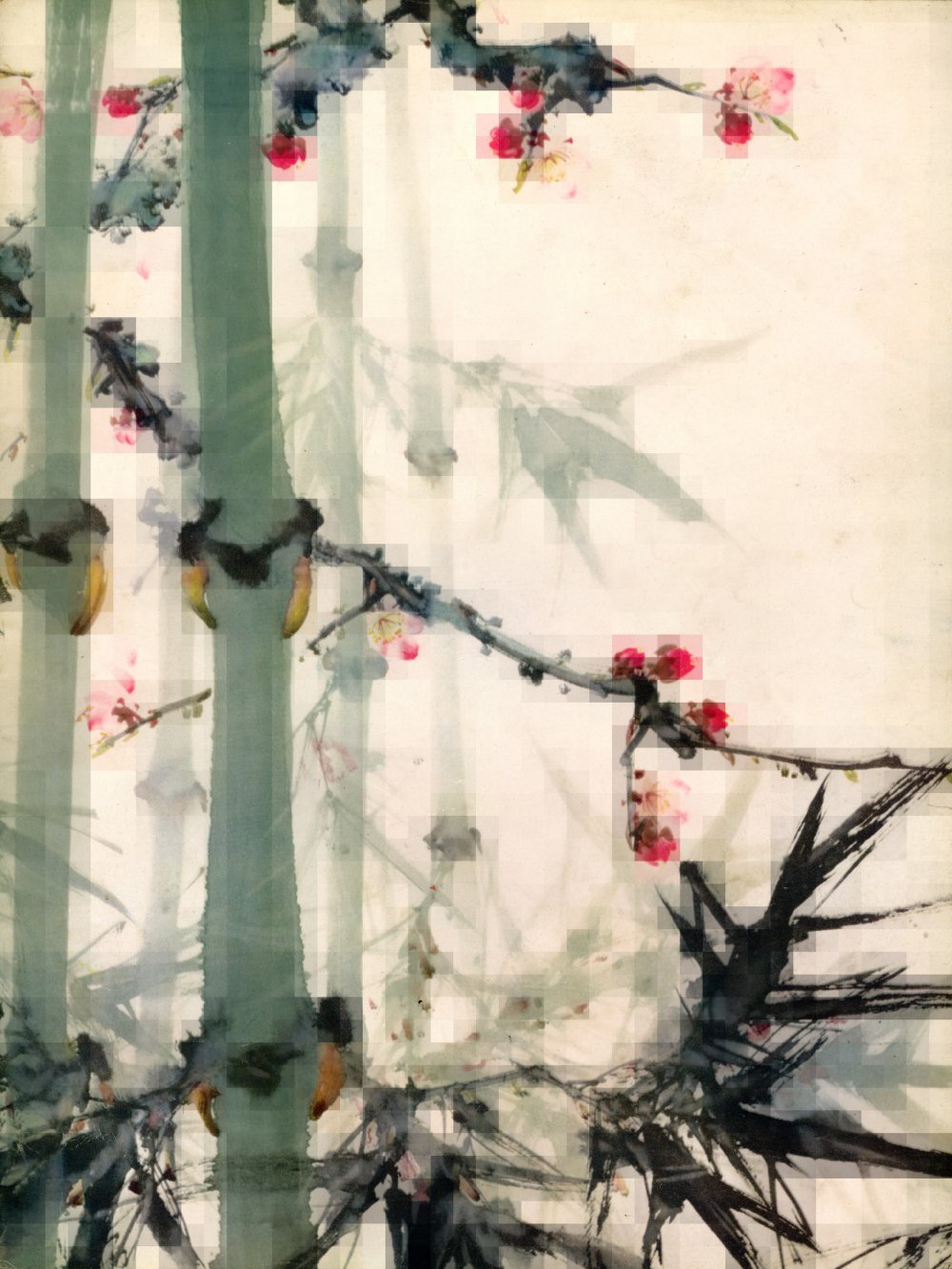 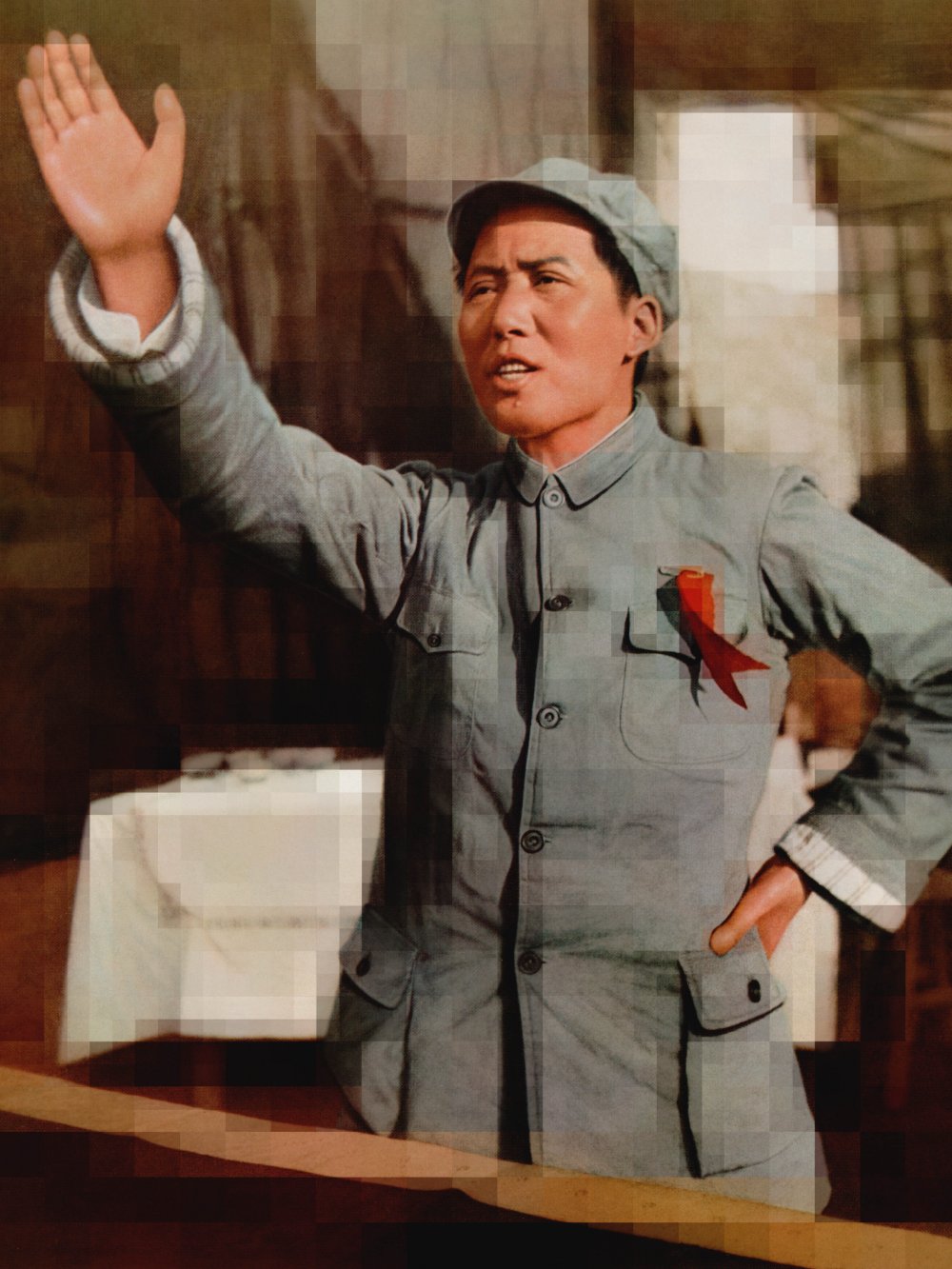 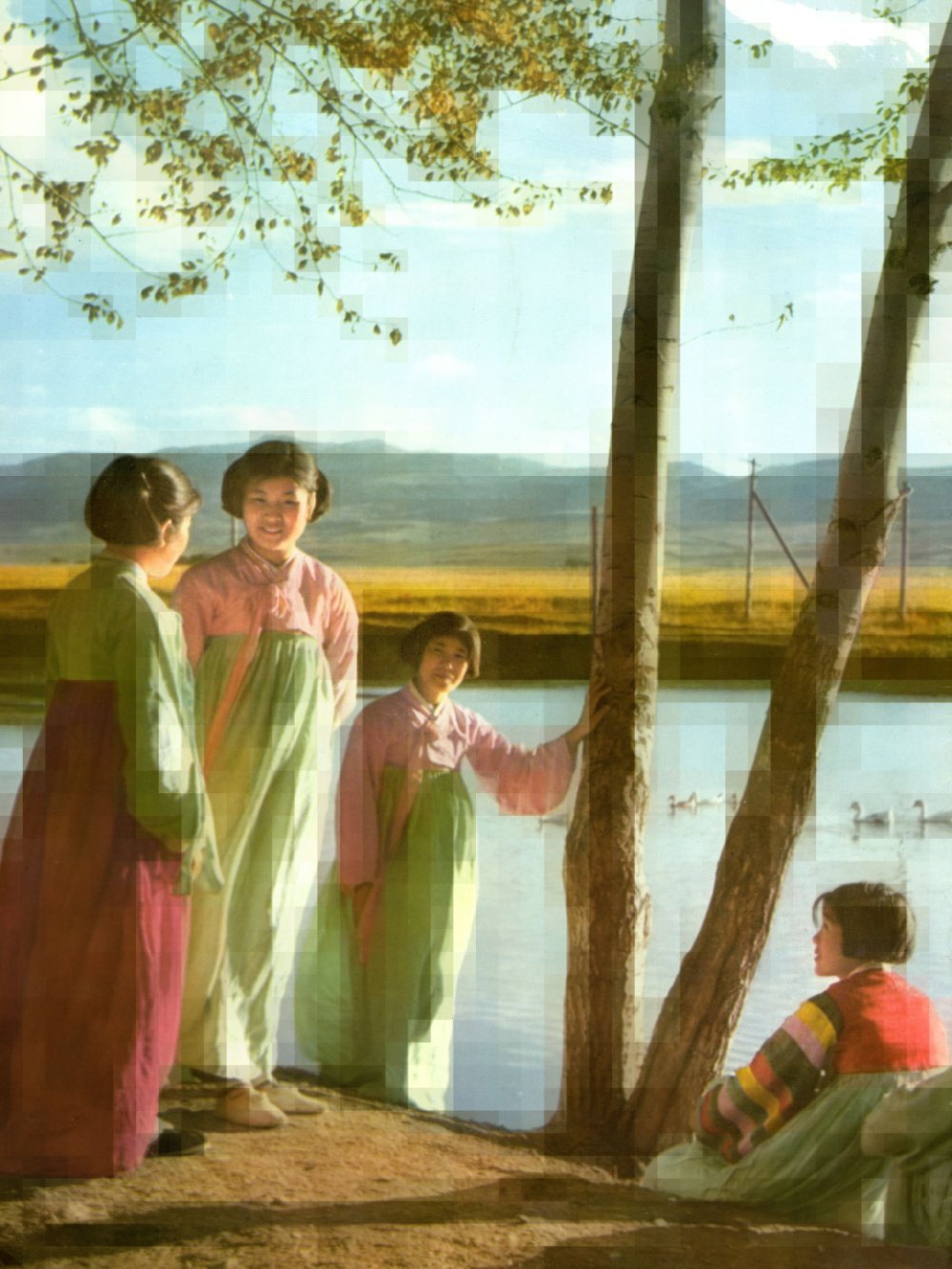 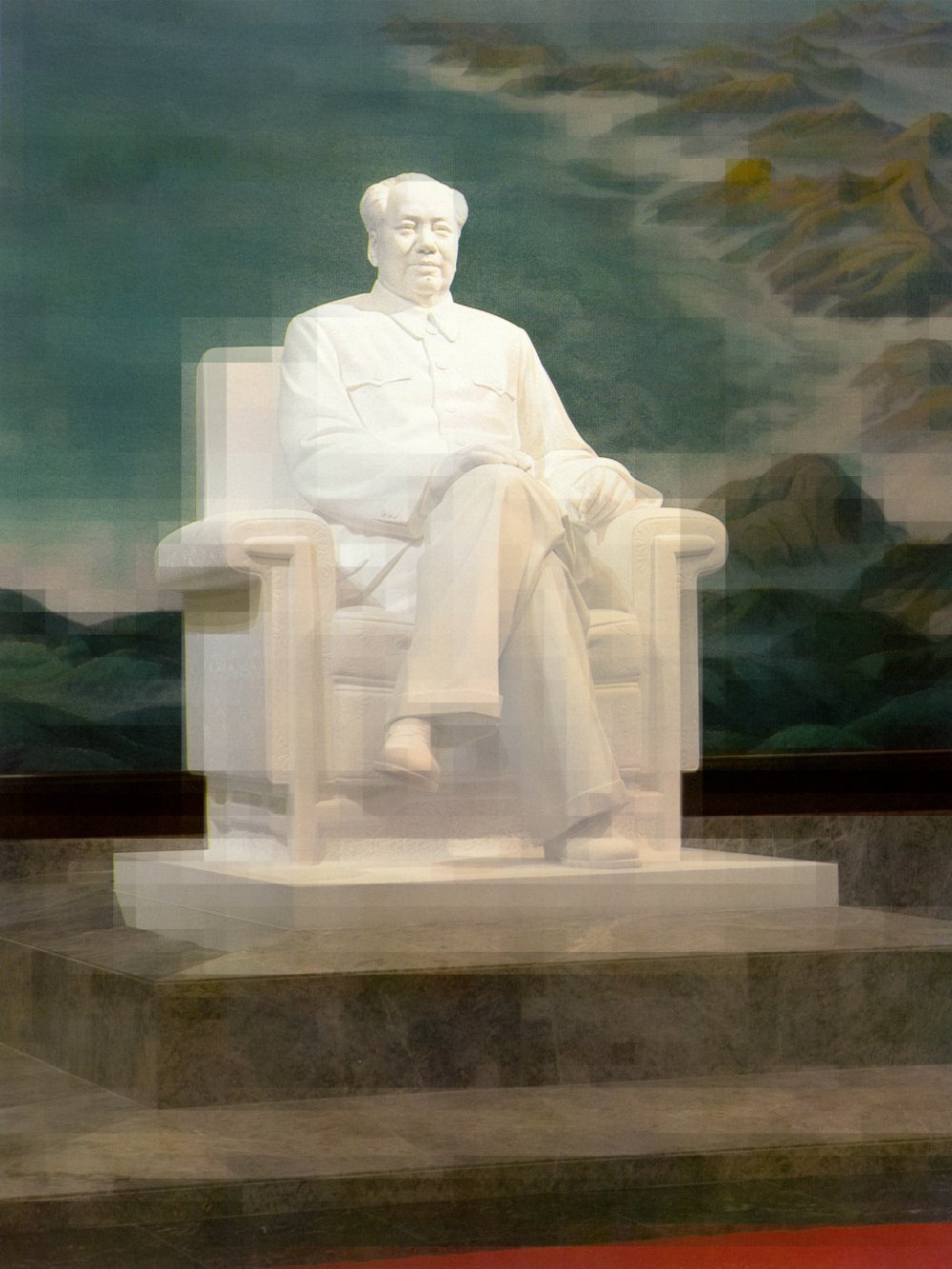 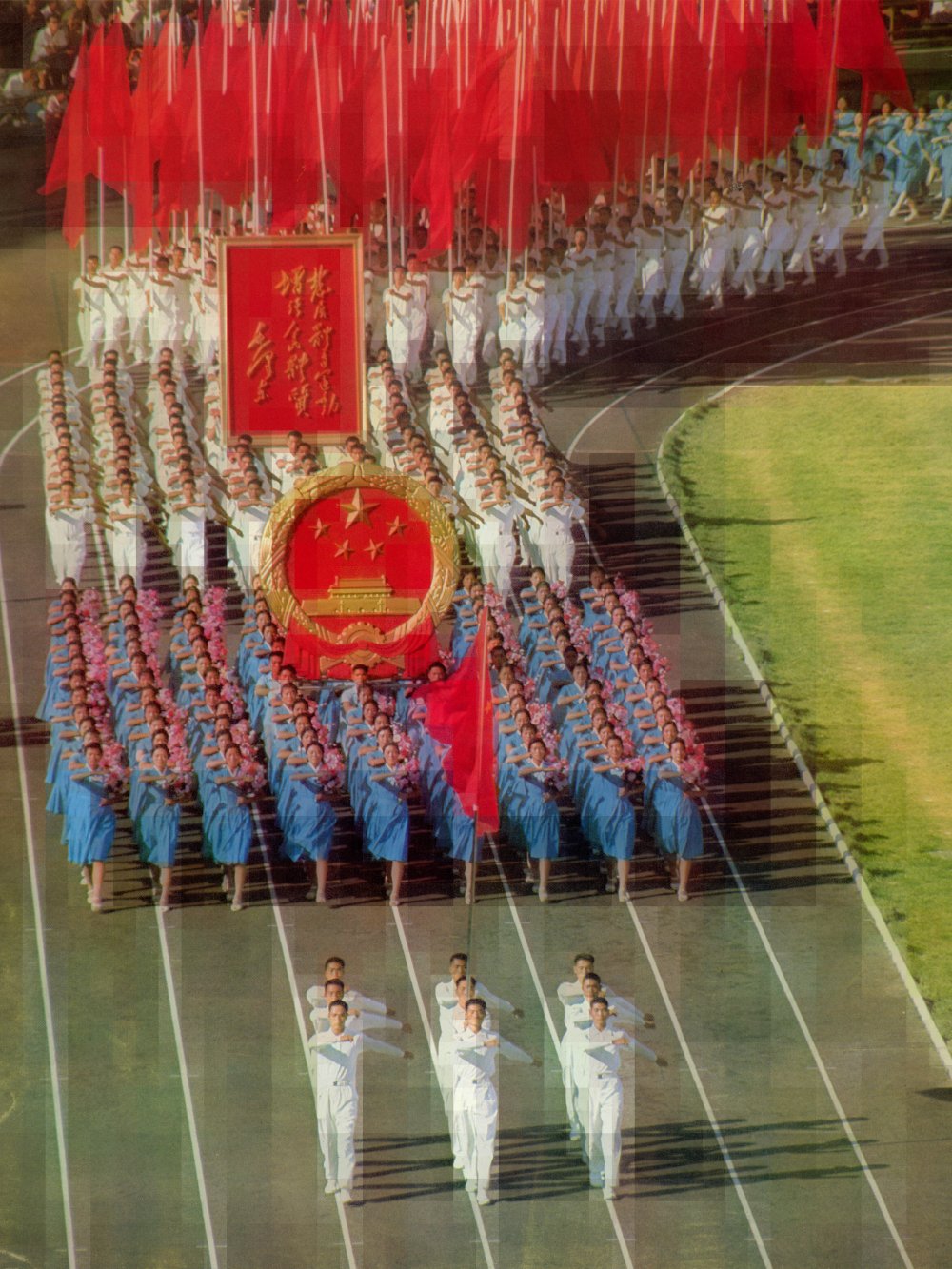 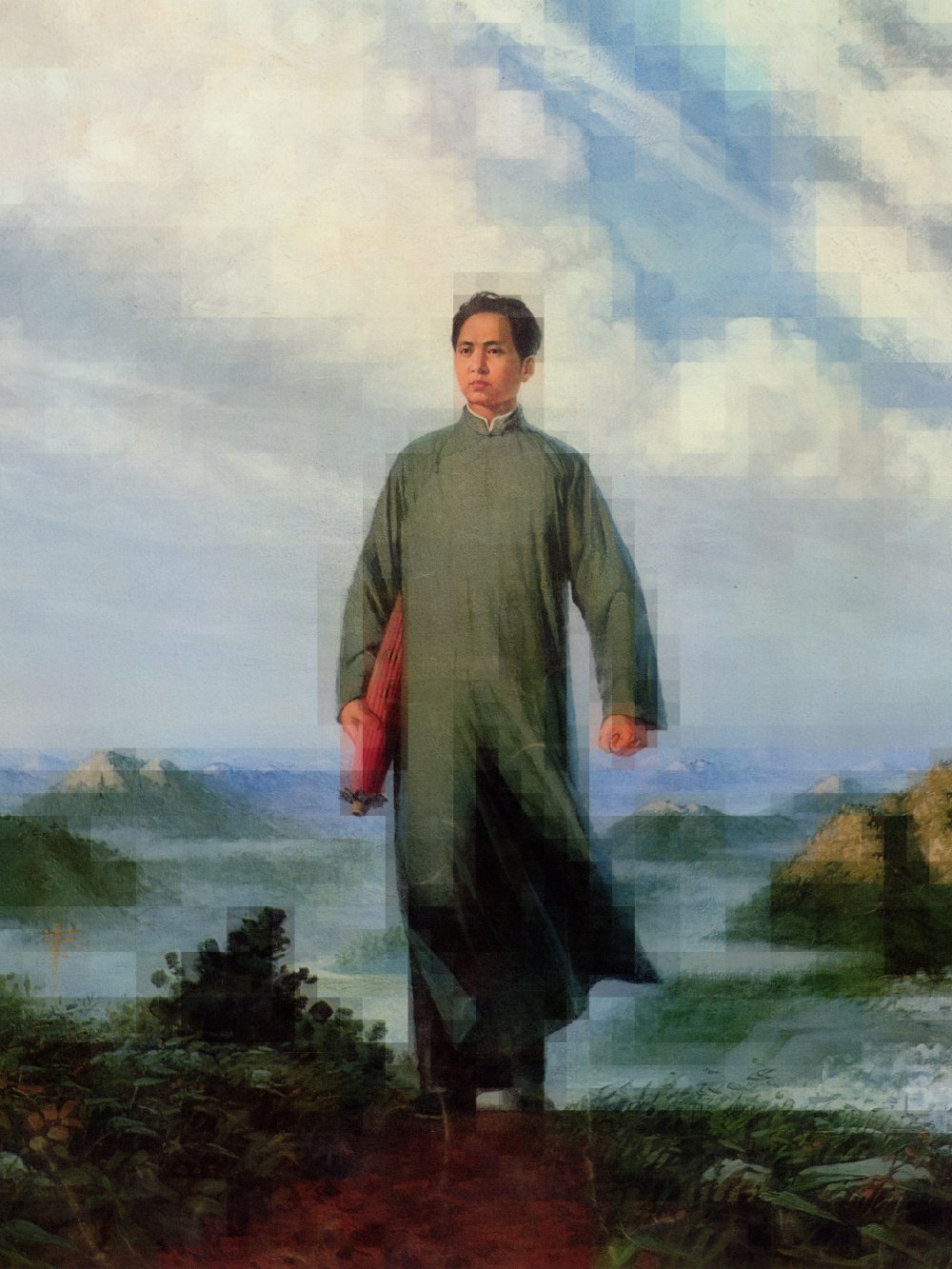 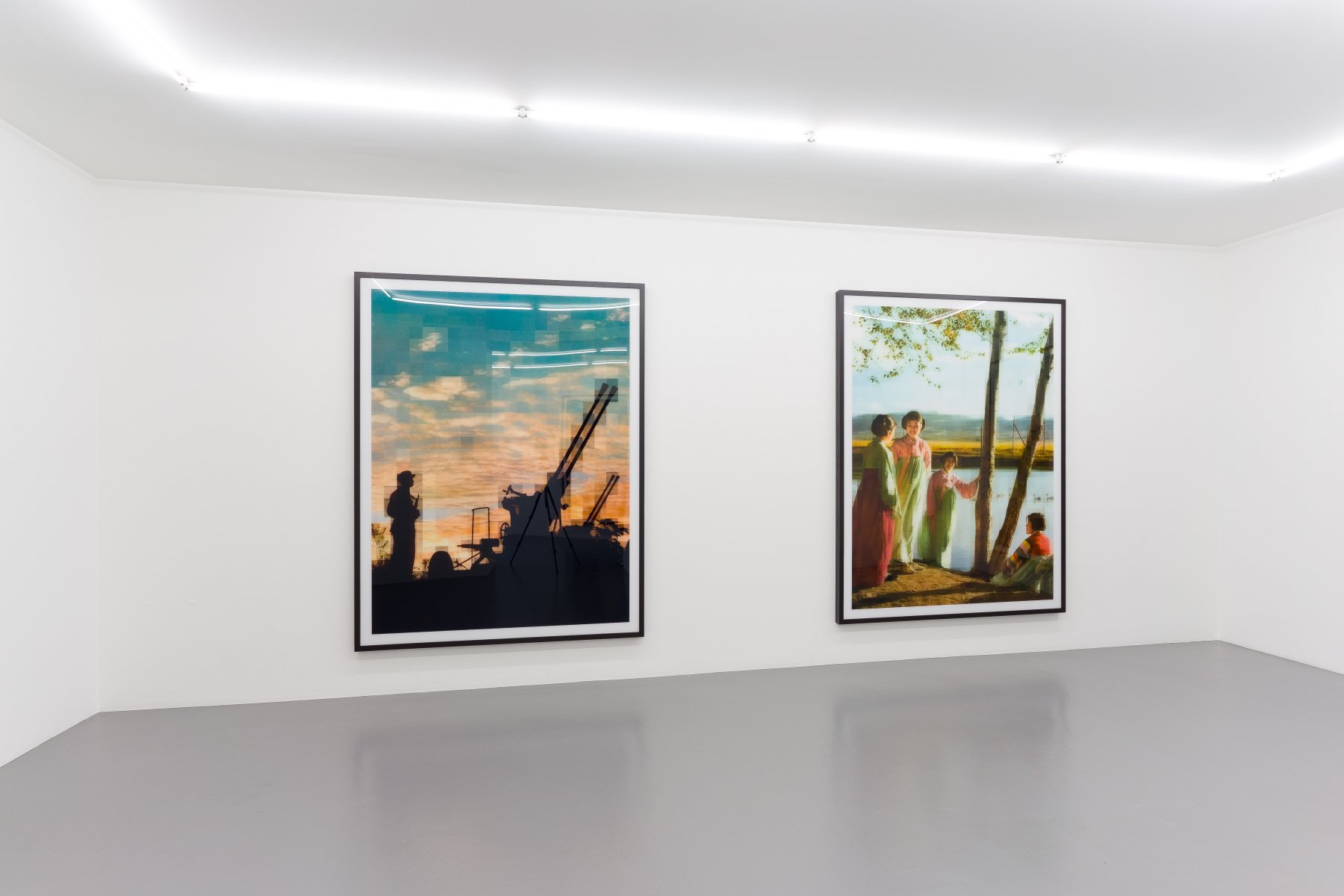 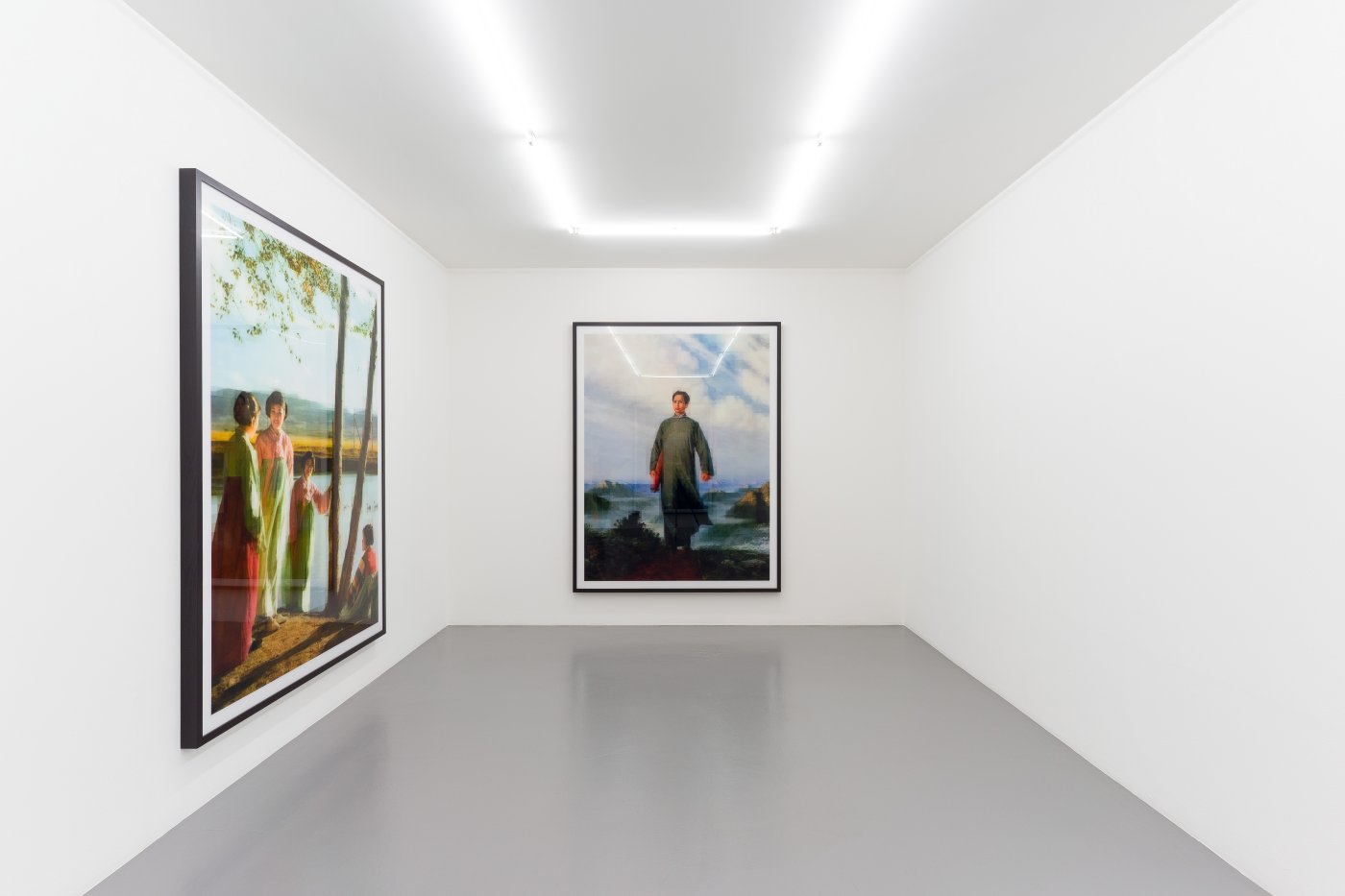 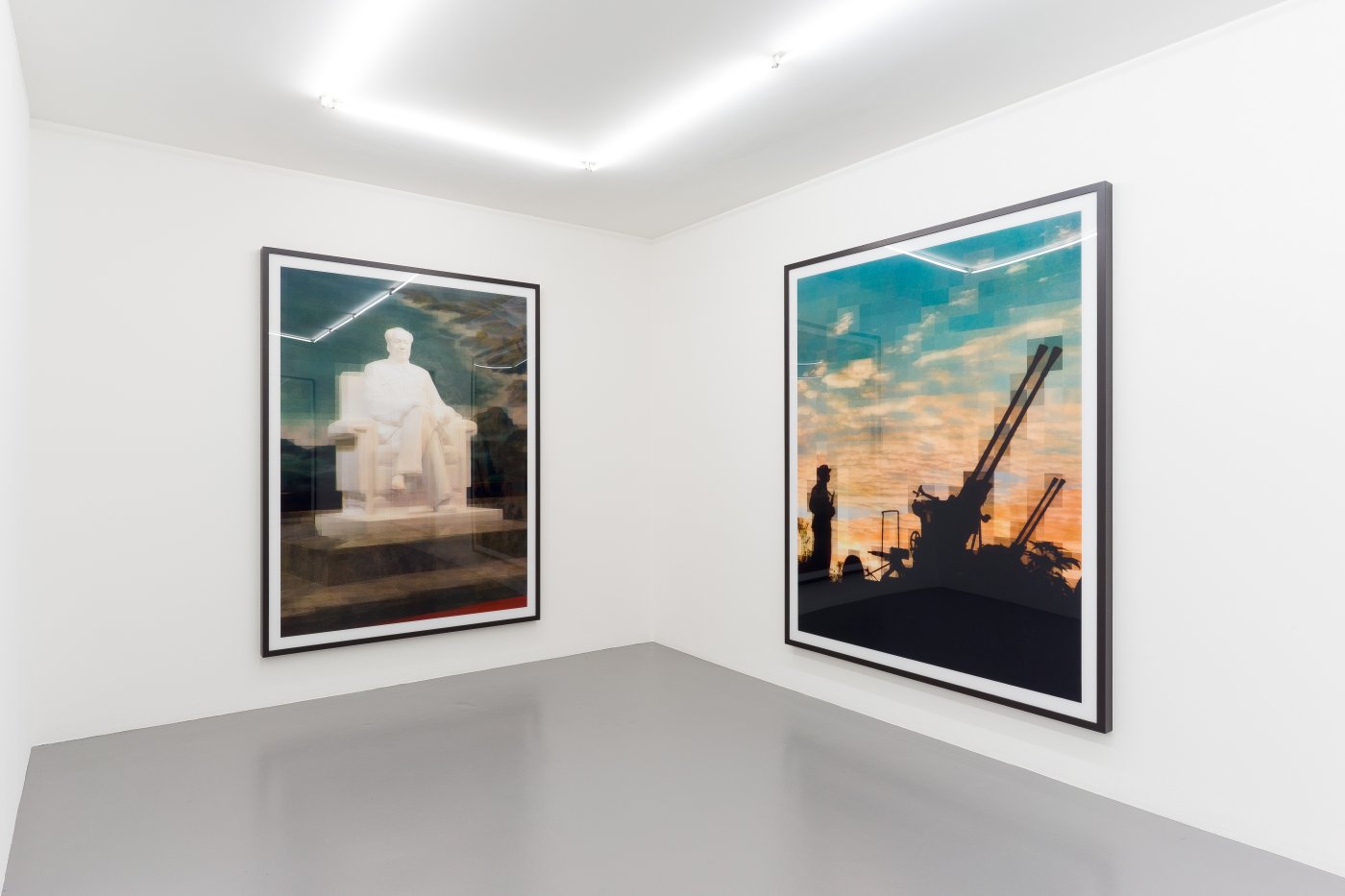 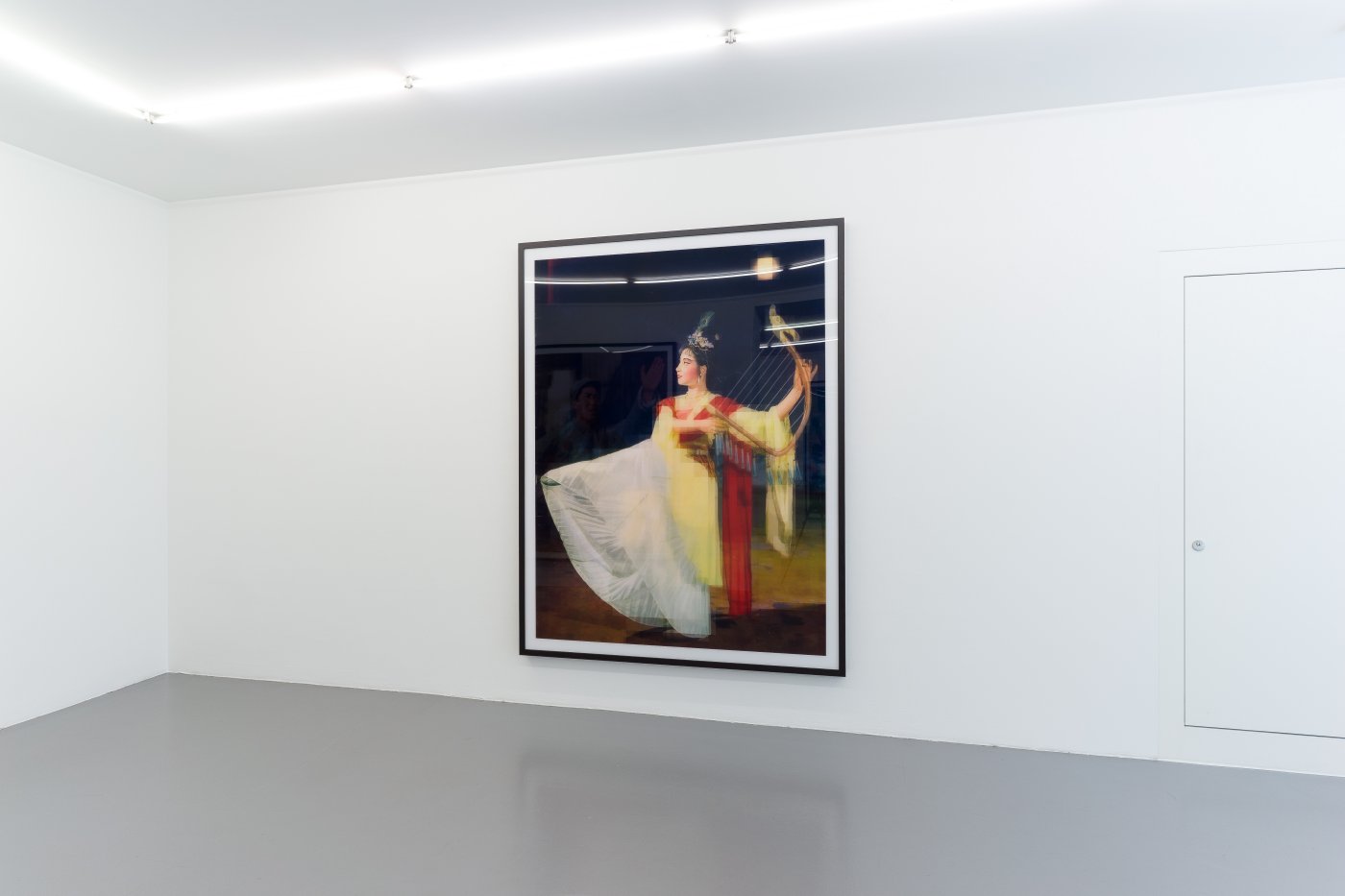 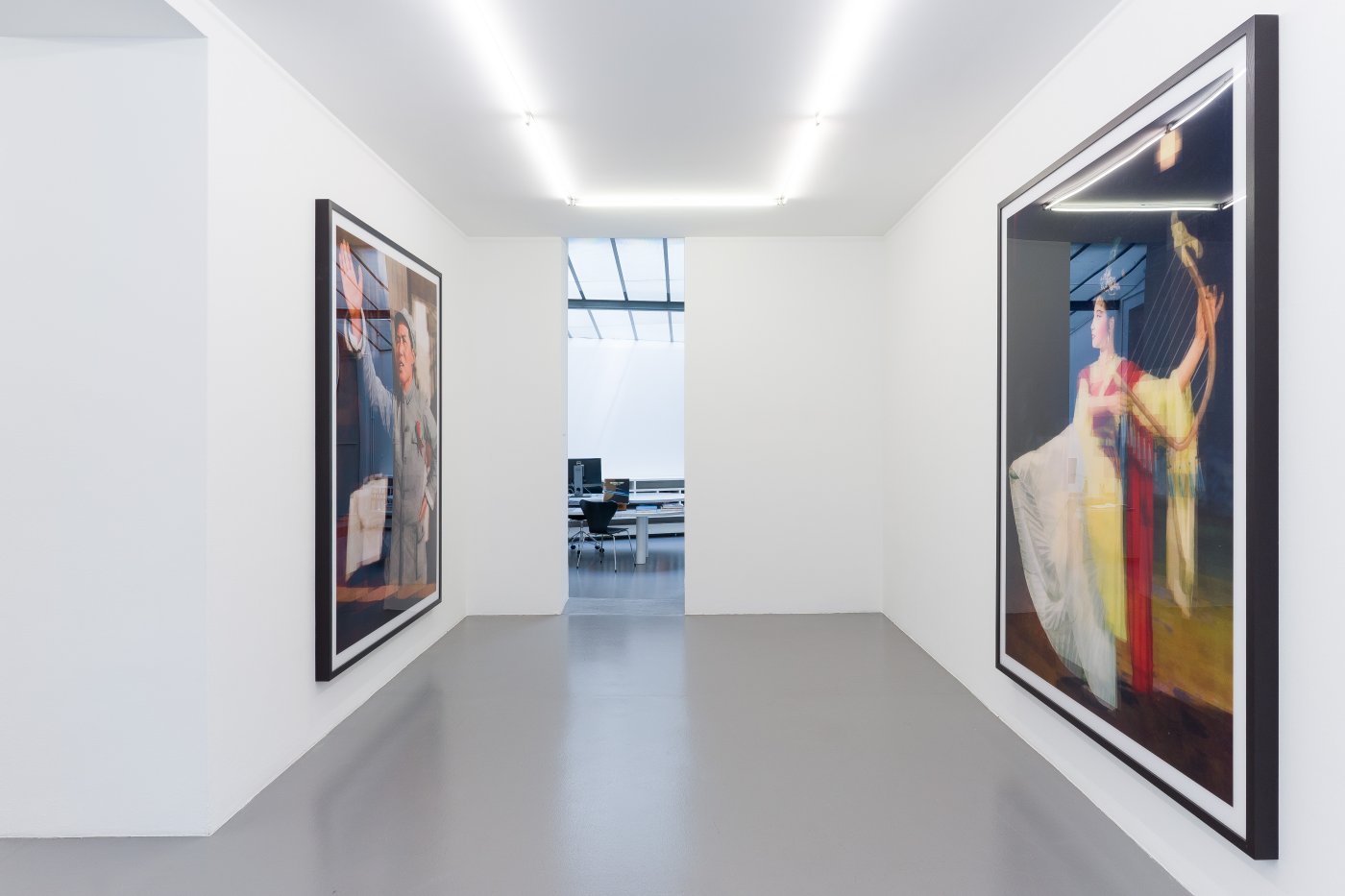 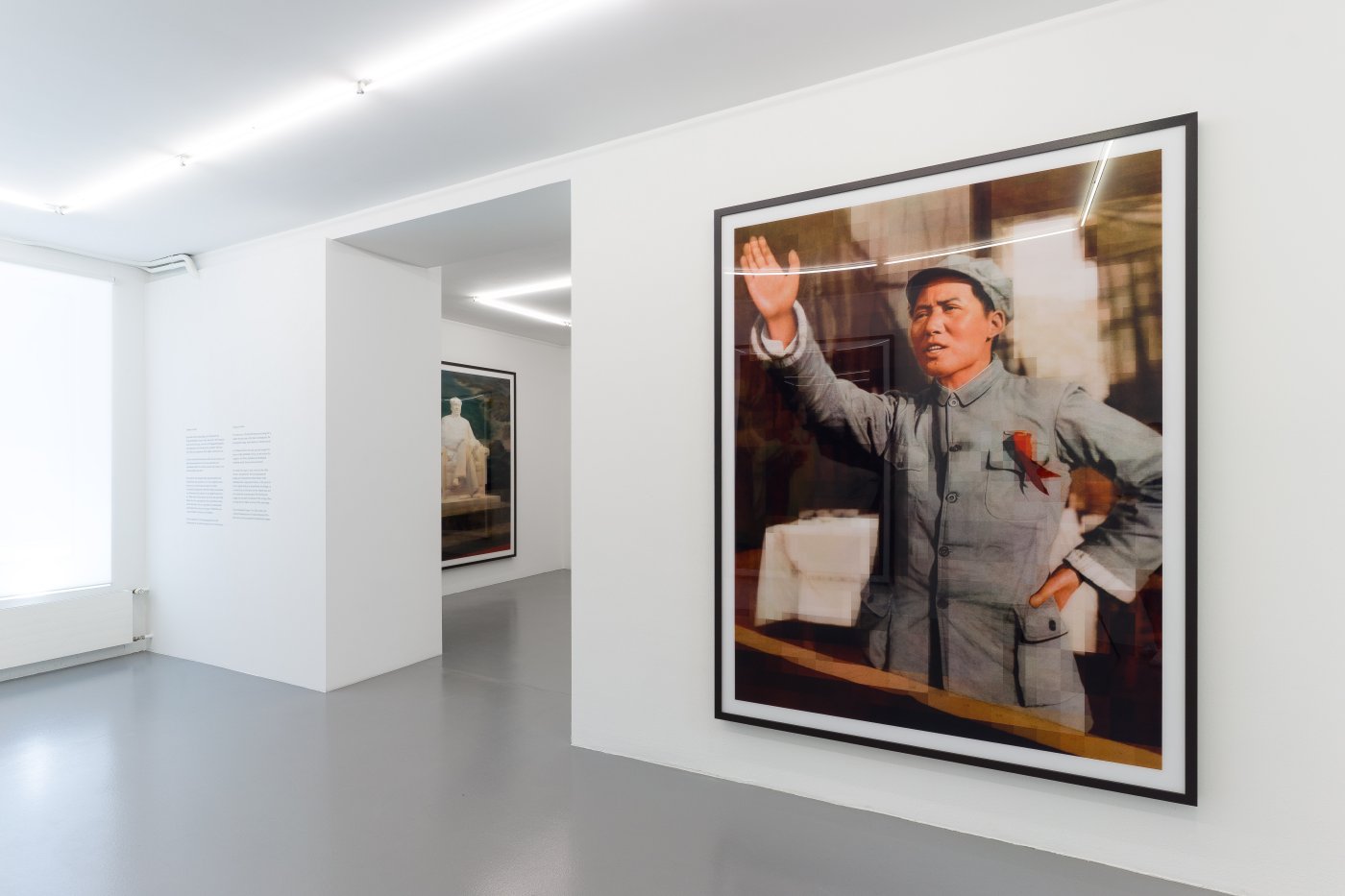 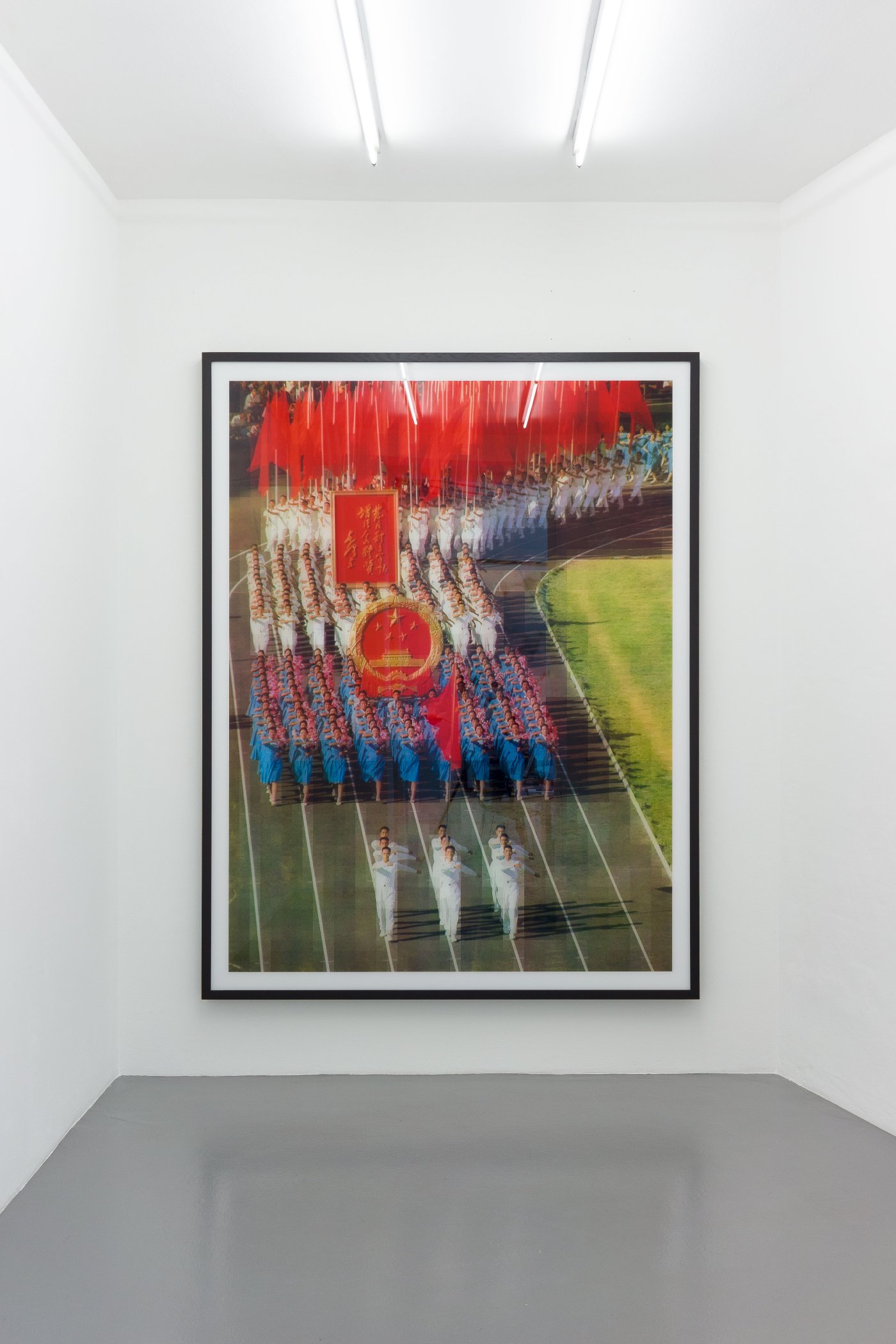 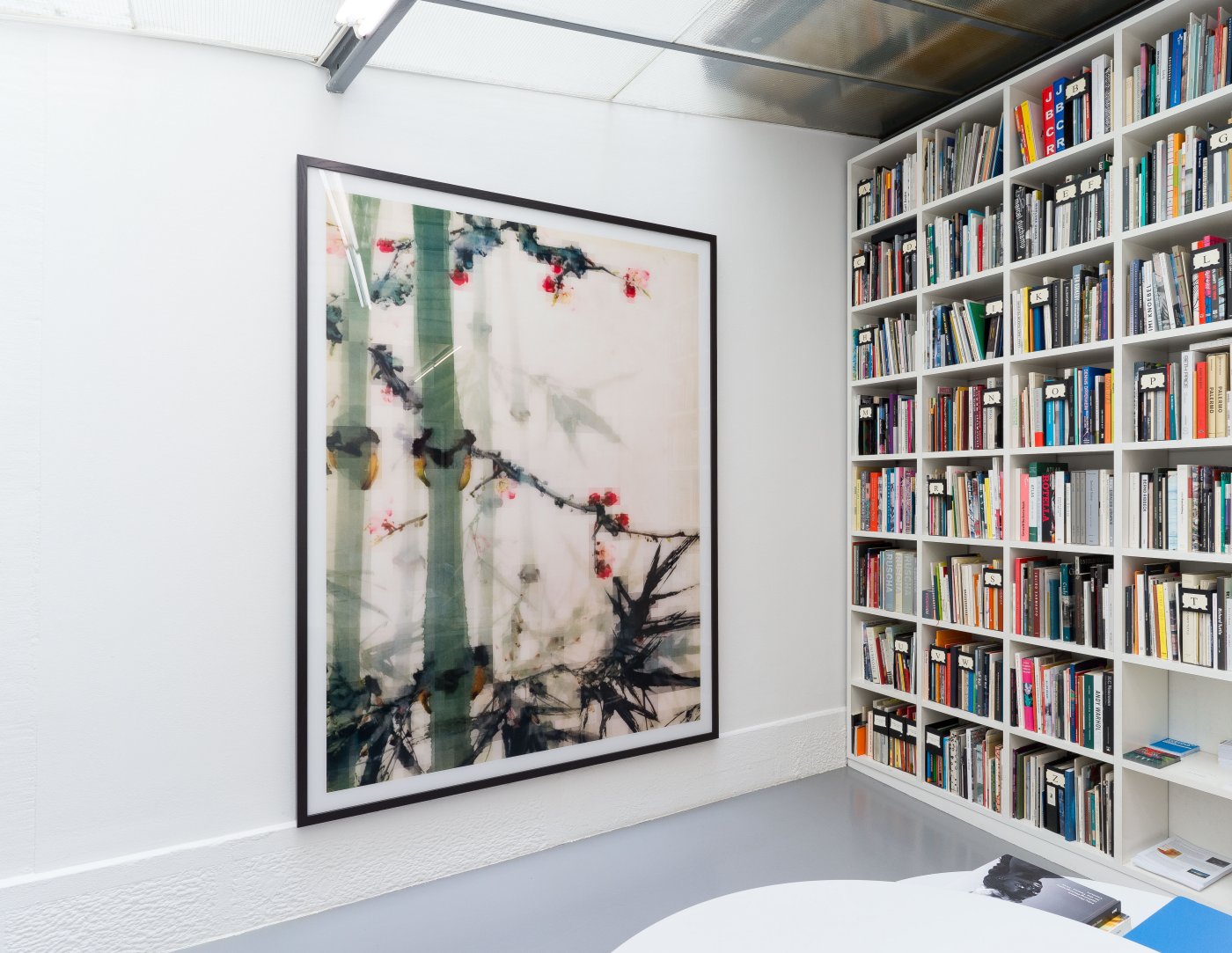 Since the late 1970s, he has been using various series to explore the internal rules and structures of the medium of photography. He is equally interested in the various genres of photography and in different photographic techniques. Ruff analyzes a wide range of photographic genres, including portraits, landscapes, architecture, astronomy, press photos, nudes and abstraction, seeking out the visual significance and expressive power of the genre. In doing so, he uses all the photographic techniques and methods known to him – analog and digital photos, computer-generated images, and found photographs from books, magazines, newspapers and scientific or private archives, as well as pictures circulating on the Internet.

For his newest series, Tableaux chinois, which Mai 36 Galerie is showing in Switzerland for the first time, Thomas Ruff uses Chinese propaganda photos taken from the 1950s through the 1970s that glorify the political actors and achievements of the Cultural Revolution and show an ‘idealized image’ of life in China, from the day-to-day work world to military exercises and parades to athletic events and opera and ballet performances. Ruff based this work on books about Mao Zedong published in China as well as the magazine China Pictorial (Renmin Huabao), also called La Chine (in French) or China im Bild (in German), that China’s Communist Party published around the world in various national languages. He scanned images from the books and newspapers, enlarged and saved them in the highest possible resolution in order to make visible the offset printing halftone. He then duplicated the images, gave the duplicates variously sized pixel structures and placed them over the original scan as a second and/or third layer. He subsequently removed portions of the second or third layer so that the halftones of the ‘analog’ offset printing encounter the ‘digital’ structure of the pixel image. Ruff explains that this ‘collision’ of the analog offset halftones of the 1950s and 1960s with the digital pixel grid of the 21st century references the “beautiful schizophrenia” in which China finds itself – being ideologically stuck in the 1950s but also a leading world power technologically and digitally.

In the Tableaux chinois series, Ruff expands his explorations of the role, visibility, visual language and dissemination of photographic images; in this series, he brings together individual strands of his “research.” With his earlier series Zeitungsfotos and Negatives, he had combed through and made fruitful various photographic “archives”; with press++ he revealed the manipulability of photographic images, and in Nudes and jpegs he dealt with the new image structure of the 21st century. With Tableaux chinois, he has created what he himself describes as a “second reality, the image of an image.”

In addition to the Tableaux chinois series on the first floor, the gallery shows a selection of works from twelve series, created between 1981 and 2019, on the first and second floors.

For more than 30 years, Thomas Ruff has been exhibiting his work in galleries and important museums around the world, currently at the National Taiwan Museum of Fine Arts, and most recently, in 2020, at K20 Kunstsammlung Nordrhein-Westfalen in Düsseldorf. This artist’s close collaboration with Mai 36 Galerie, which regularly exhibits his new works, dates back to 1988