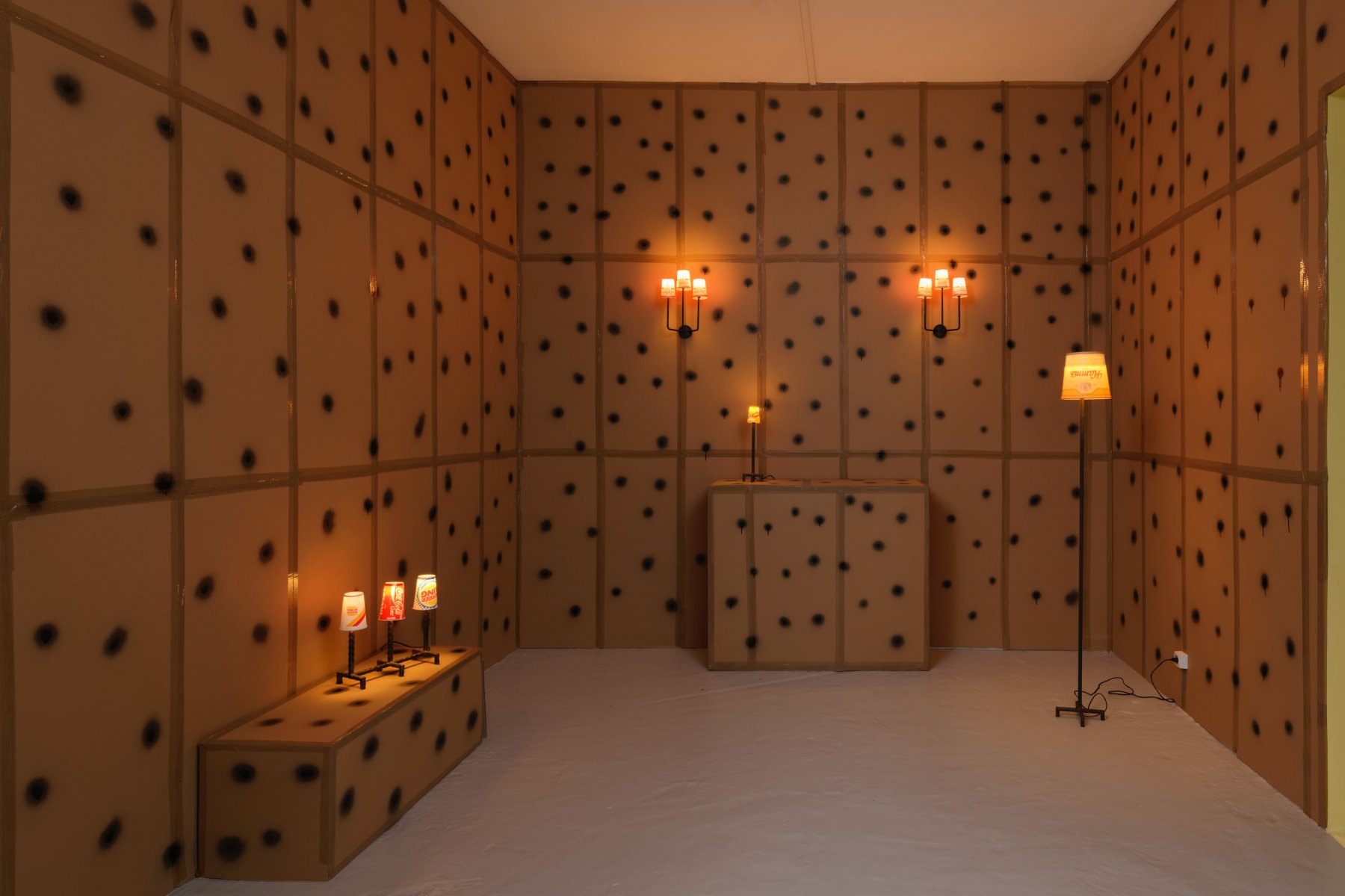 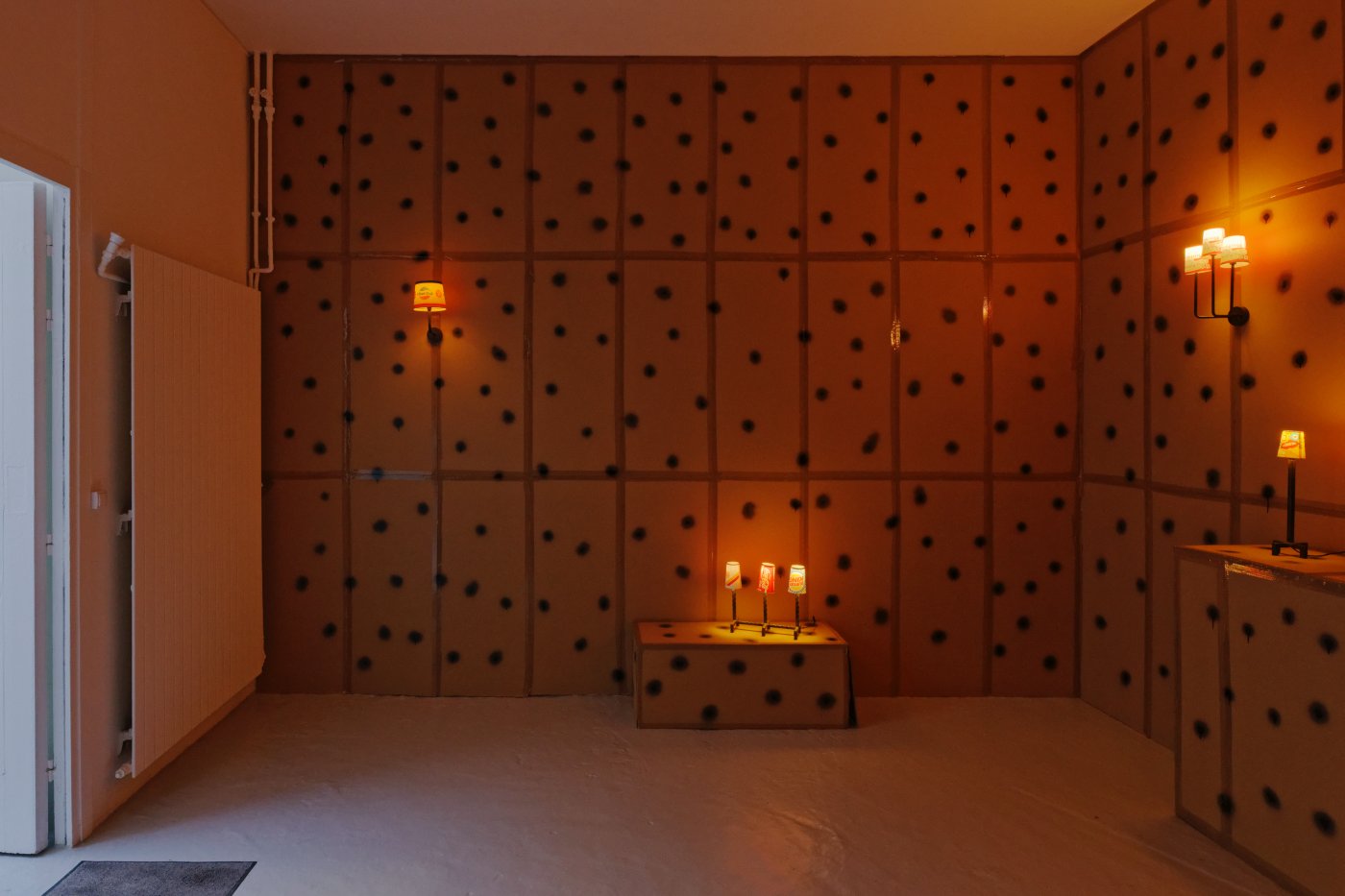 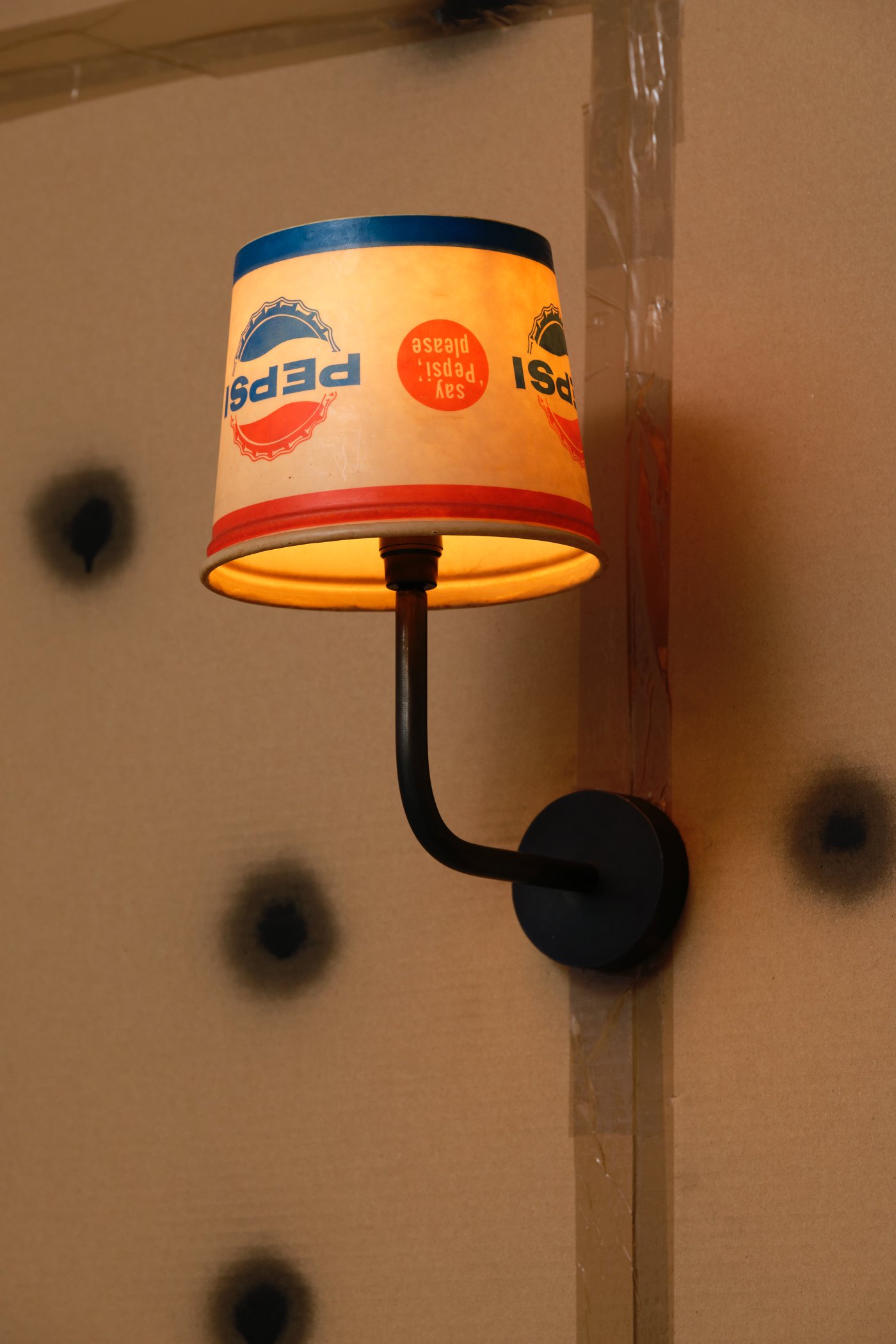 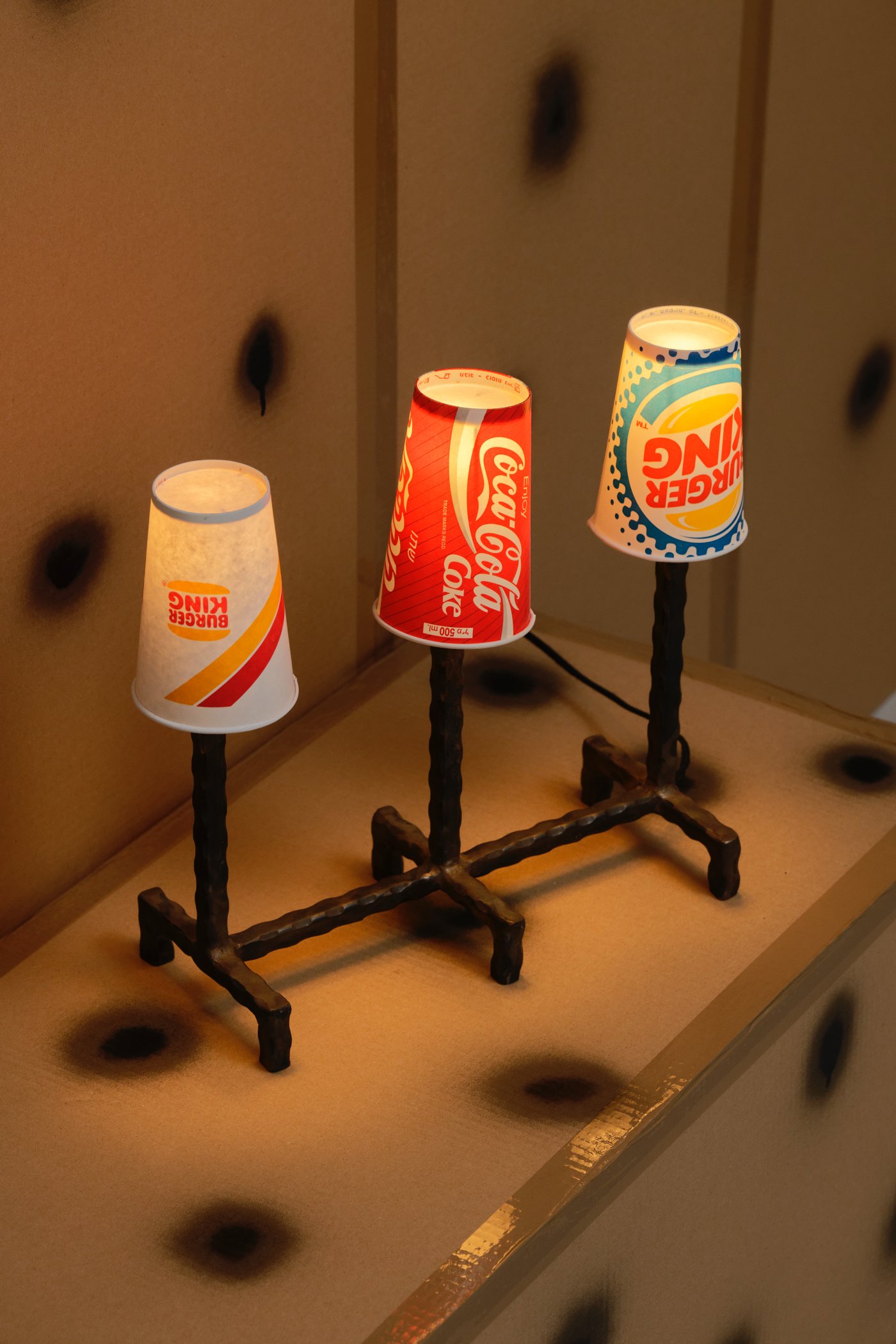 The paper plate was invented in 1867 by the German bookbinder Hermann Henschel, and with it came a tool to bring higher standards of hygiene to the 20th century. In 1948, McDonald’s re-opened its restaurants, no longer serving meals with the use of glasses, plates or cutlery, but instead with disposable tableware and packaging. Seventy-two years later, fast food and take-out food containers and packaging represent a significant amount of the material that ends up in our landfills and pollutes some of the most remote areas of our planet. However fragile wax cups or paper buckets may be, they still remain prized memorabilia for many collectors who develop a real obsession around these single-use objects, their design, branding and history.
Taking into account Thomas Mailaender’s love of design and archiving, it comes as no surprise that he combines these two passions into a single series soberly entitled “Lamps”. Table lamps and larger-scale floor lamps made of steel, with vintage fast food wax cups as lampshades, form an archeology of our modern times, uninhibitedly mixing influences from tasteful, 20th century French designers such as Jean Royère and Maison Jansen with Chicken McNuggets and KFC Buckets in a synthesis of apparently opposite elements—but which are opposites in appearance only.

Known for his use of a wide range of mediums including ceramic, cyanotype, photography and collage, Thomas Mailaender (b. Marseille, 1979, lives and works in Paris) often incorporates found imagery and objects into his works, updating obsolete photo processes as a kind of Jack of all trades, and archaeologist of present times.
Through his collecting and curatorial practice, he has gathered an important collection—‘The Fun Archaeology’—whose documents highlight the very absurdity conveyed by its subjects, the vernacular richness of their language and their accidental poetry.

Thomas Mailaender’s recent solo exhibitions include his first retrospective in a European museum, “The Fun Archive” at the NRWForum in Düsseldorf (2017), and his work has been exhibited in group and solo shows in notable art institutions, fairs and festivals internationally, such as at the San Francisco MOMA (“Don’t! Photography” and the “Art of Mistakes” curated by Clément Chéroux in 2019), the Saatchi Gallery in London (“Iconoclast”), Tate Modern in London (“Performing For The Camera”), Palais de Tokyo in Paris (“Do Disturb”), the Rencontres d’Arles (“From Here On”). Numerous Artist books have been published about Mailaender’s work and his Illustrated People (published by AMC / RVB books) was awarded PhotoBook of the Year in the 2015 edition of the Aperture Foundation PhotoBook Awards. In 2016 he was a resident at the LVMH Métiers d’Art Residency at the Tanneries Roux for his project “Skin Memories”. His curatorial work includes “Hara Kiri” (Rencontres d’Arles 2016), “Night Climbers of Cambridge” (Festival Images, Vevey 2015) and “Photo Pleasure Palace” together with Erik Kessels (Unseen, Amsterdam, 2017), with whom he regularly collaborates on projects concerning the re-appropriation of the image.
Thomas Mailaender is represented by Michael Hoppen Gallery in London and Chez Mohamed in Paris. He publishes most of his books in collaboration with RVB Books in Paris, which is run by a personal friend.