FOLD presents Bodger’s Hovel, a solo show by Thomas Langley, his first with the gallery. 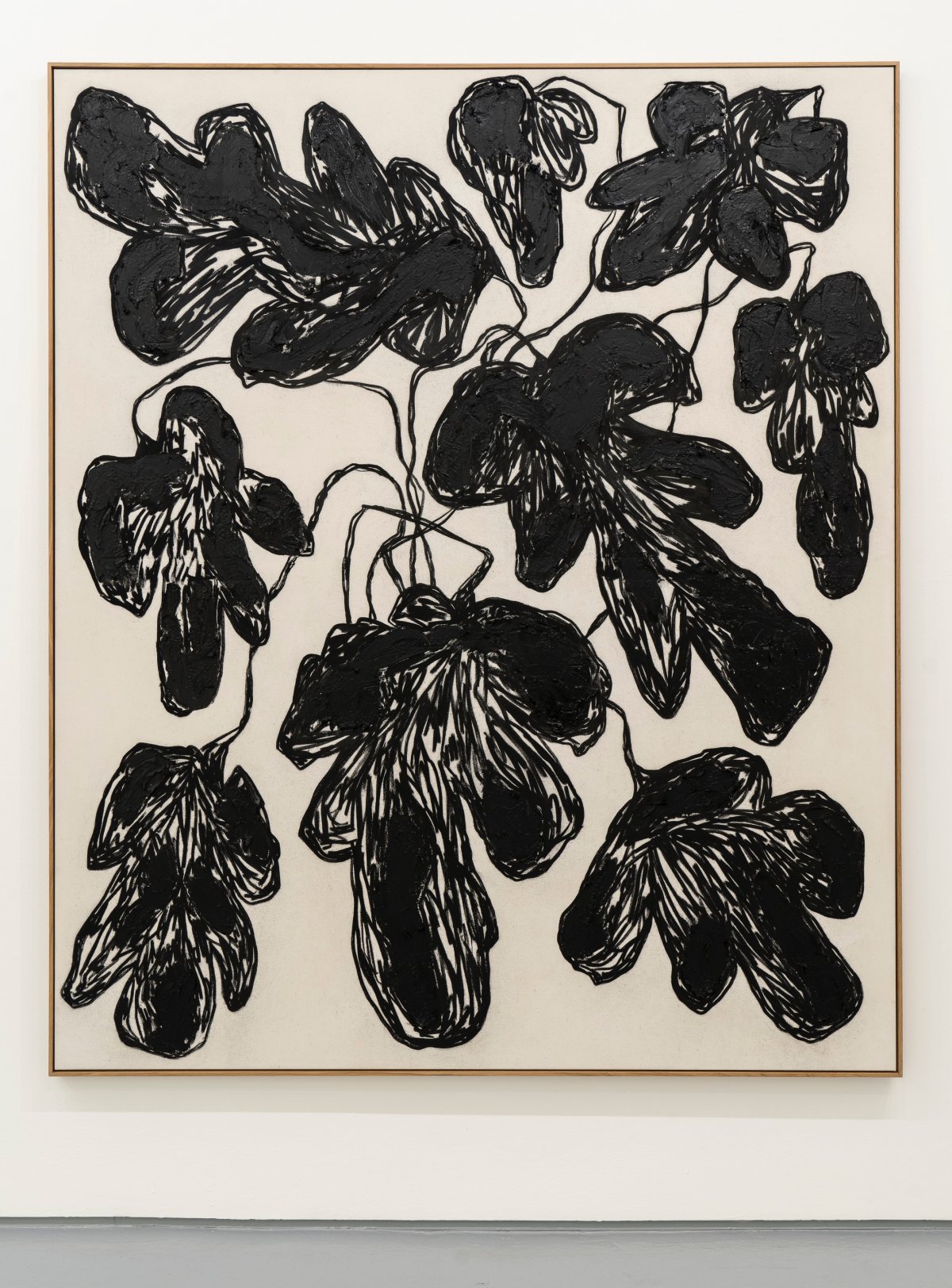 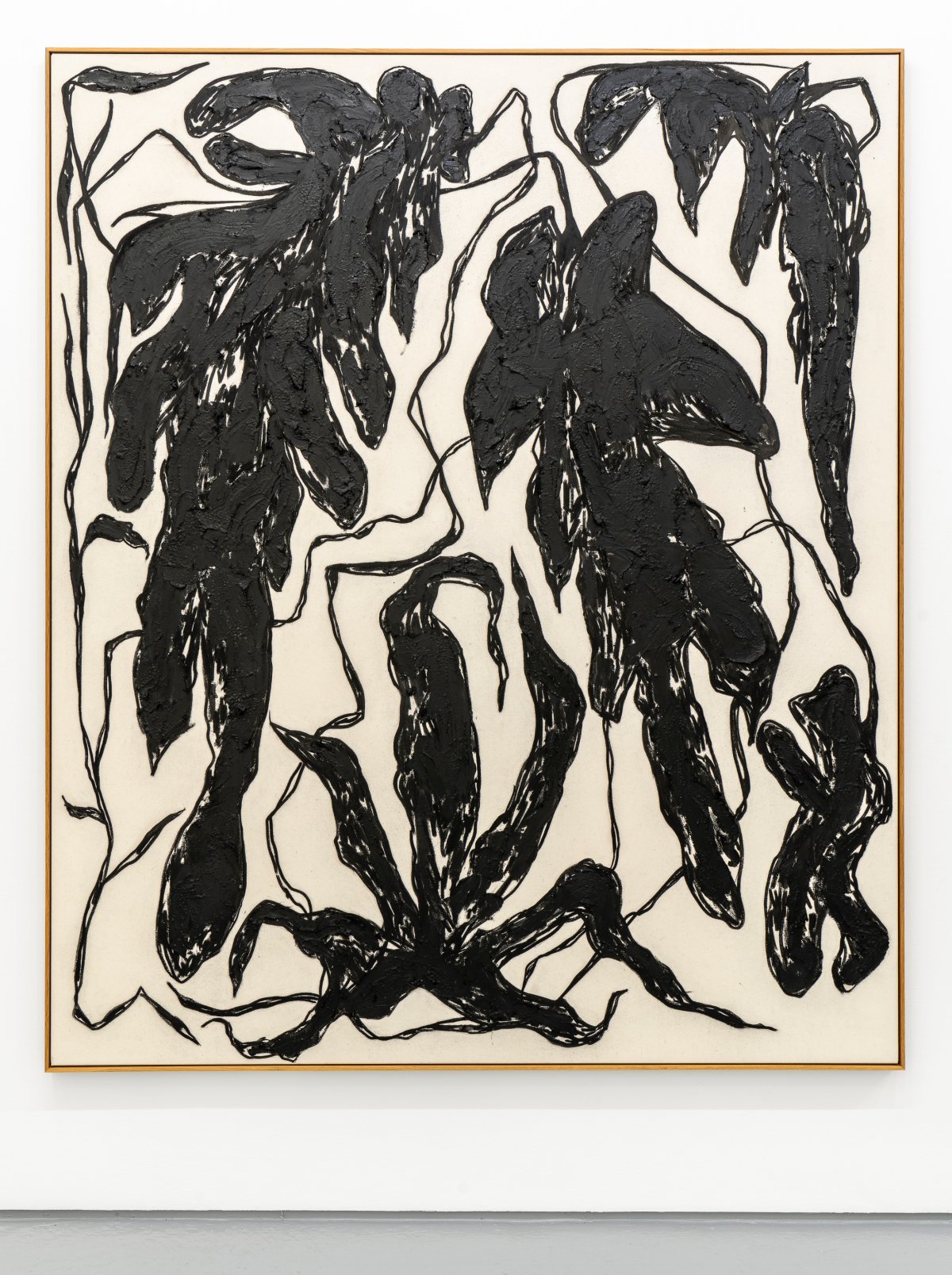 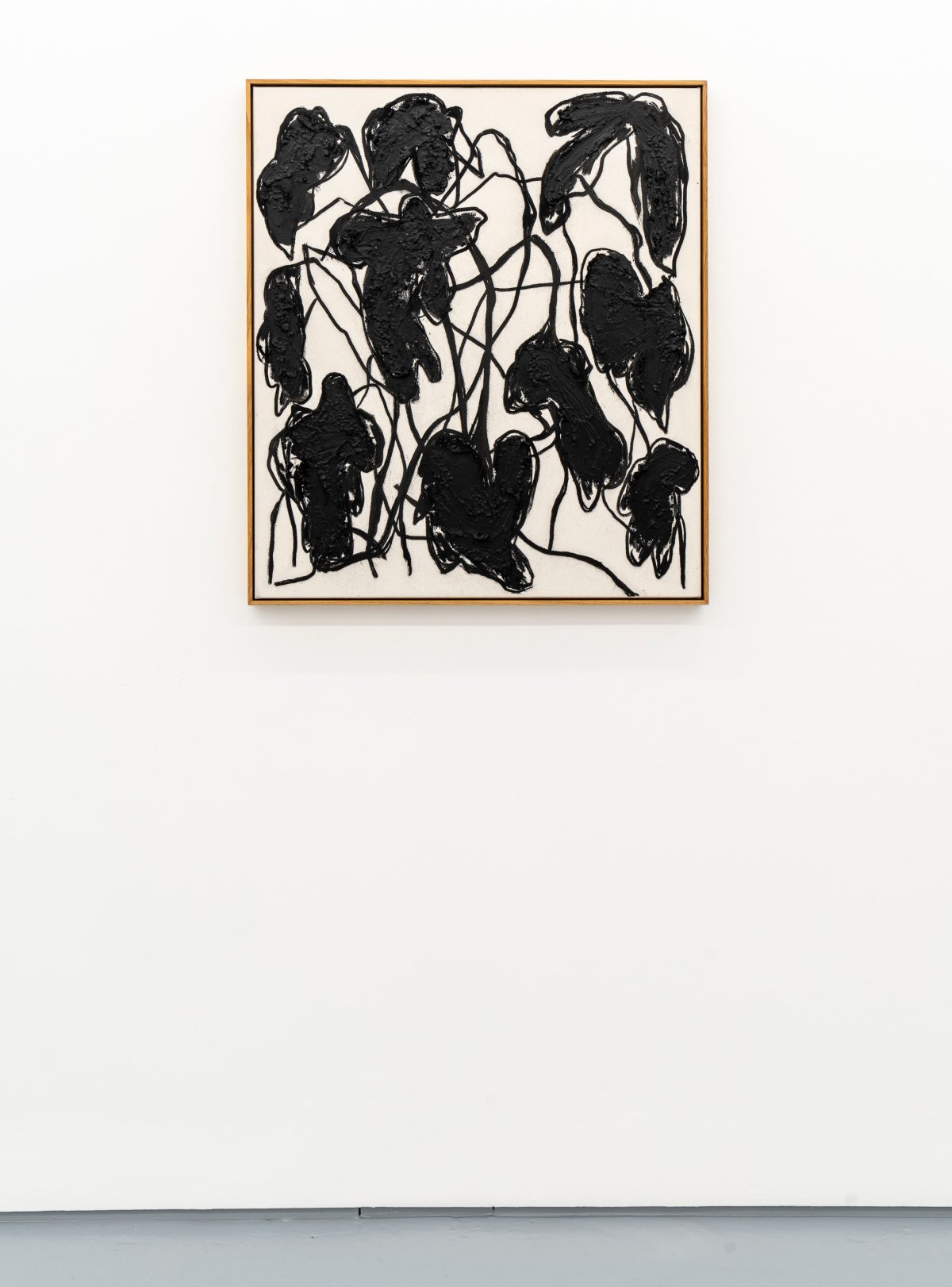 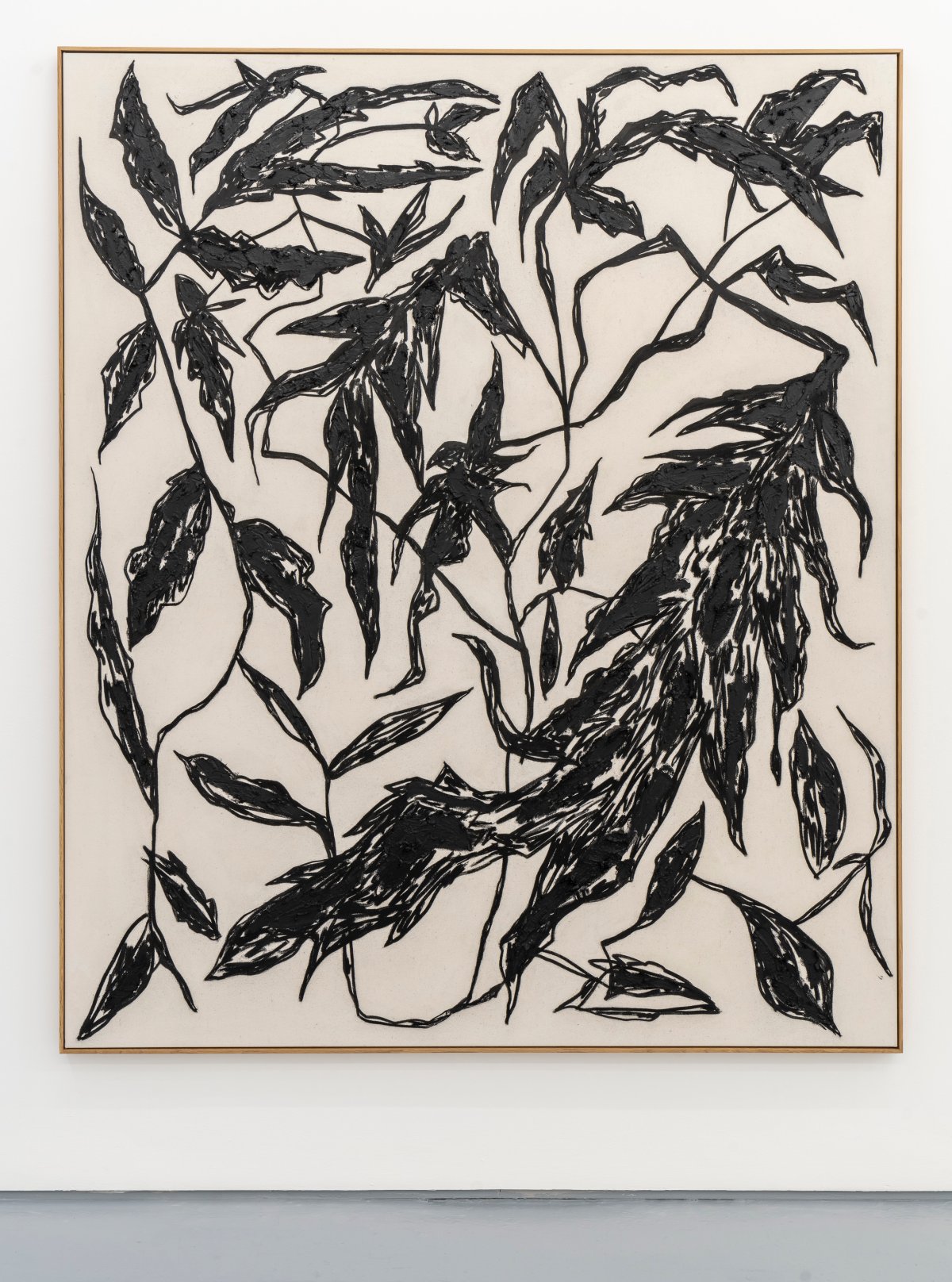 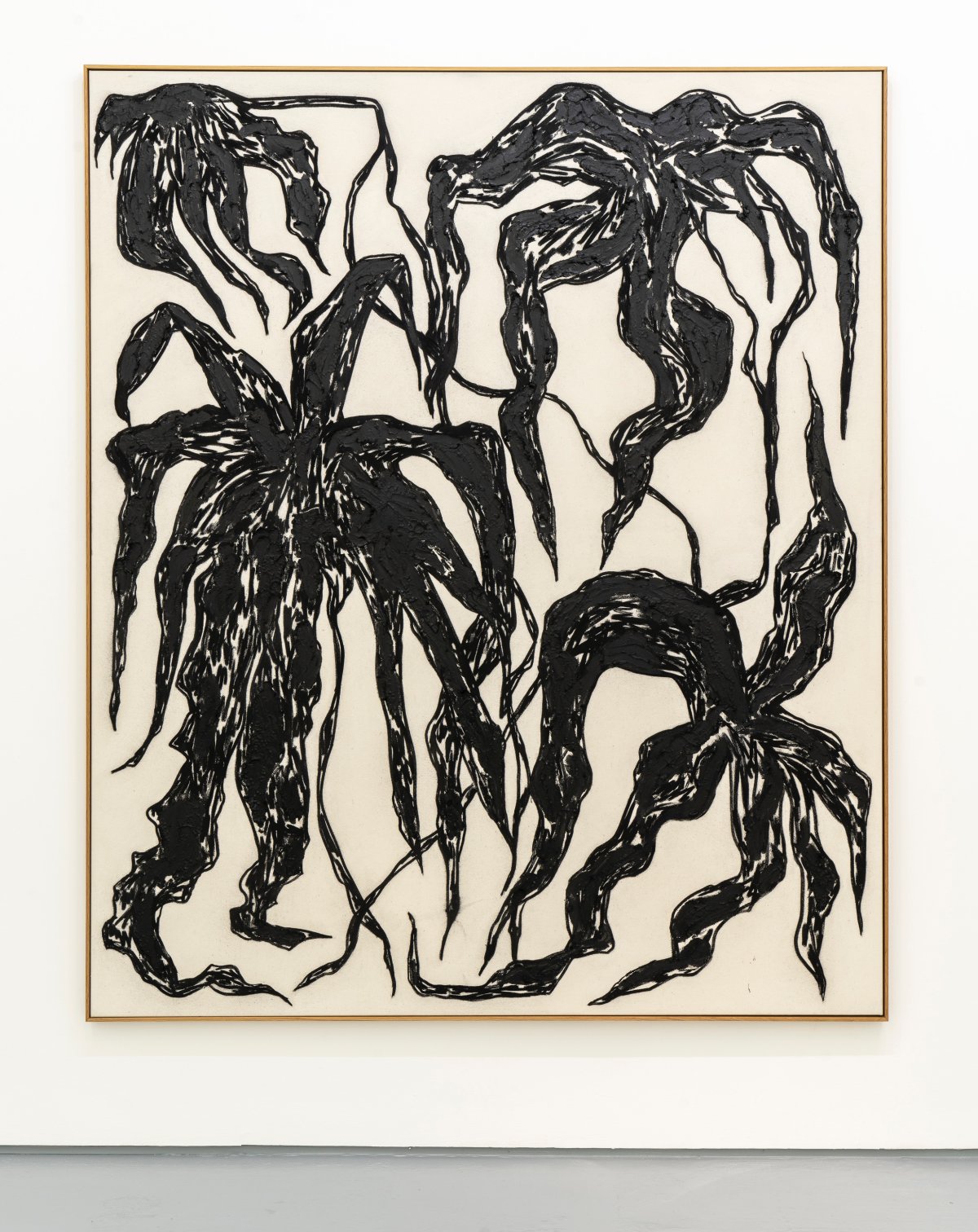 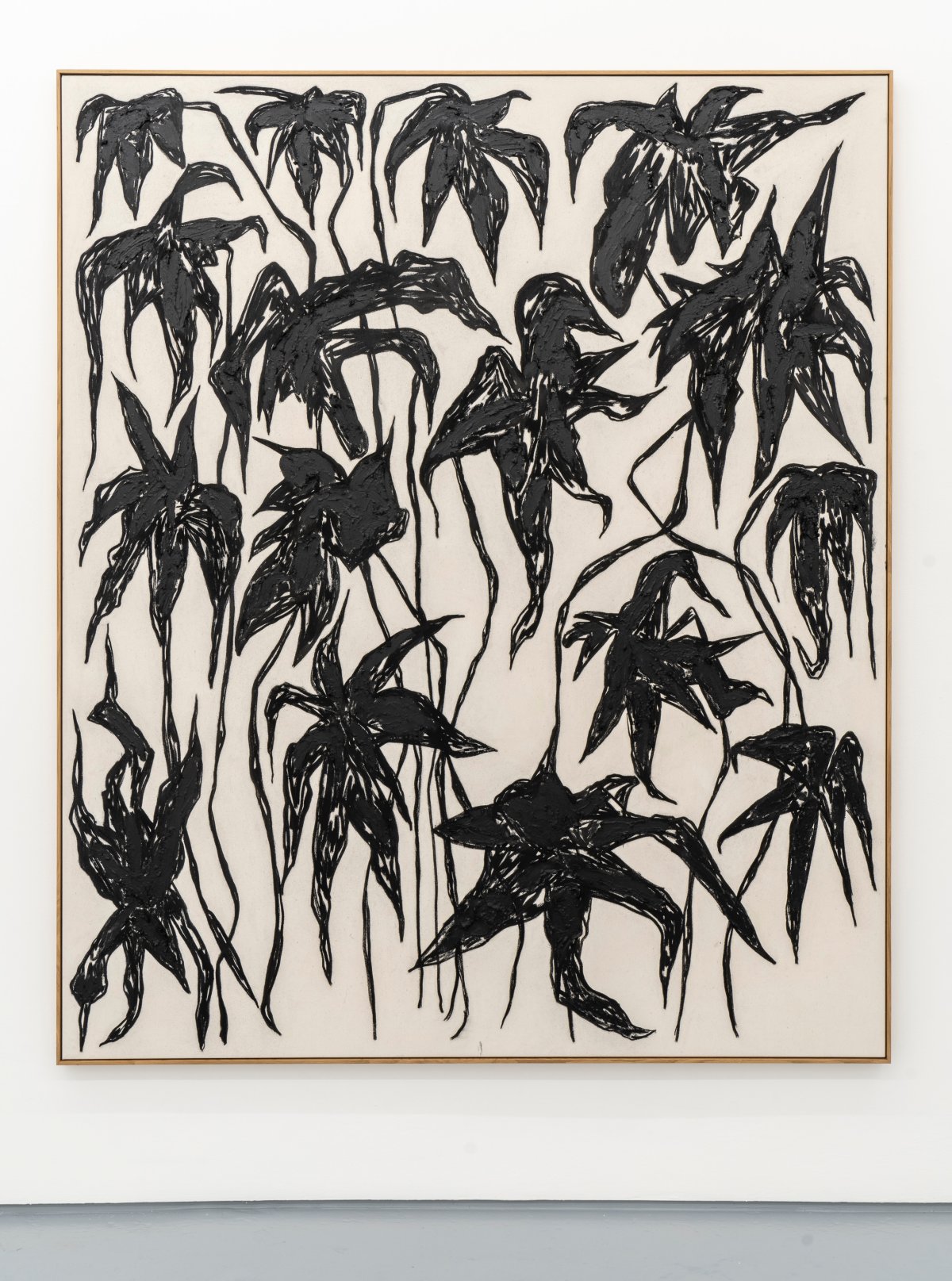 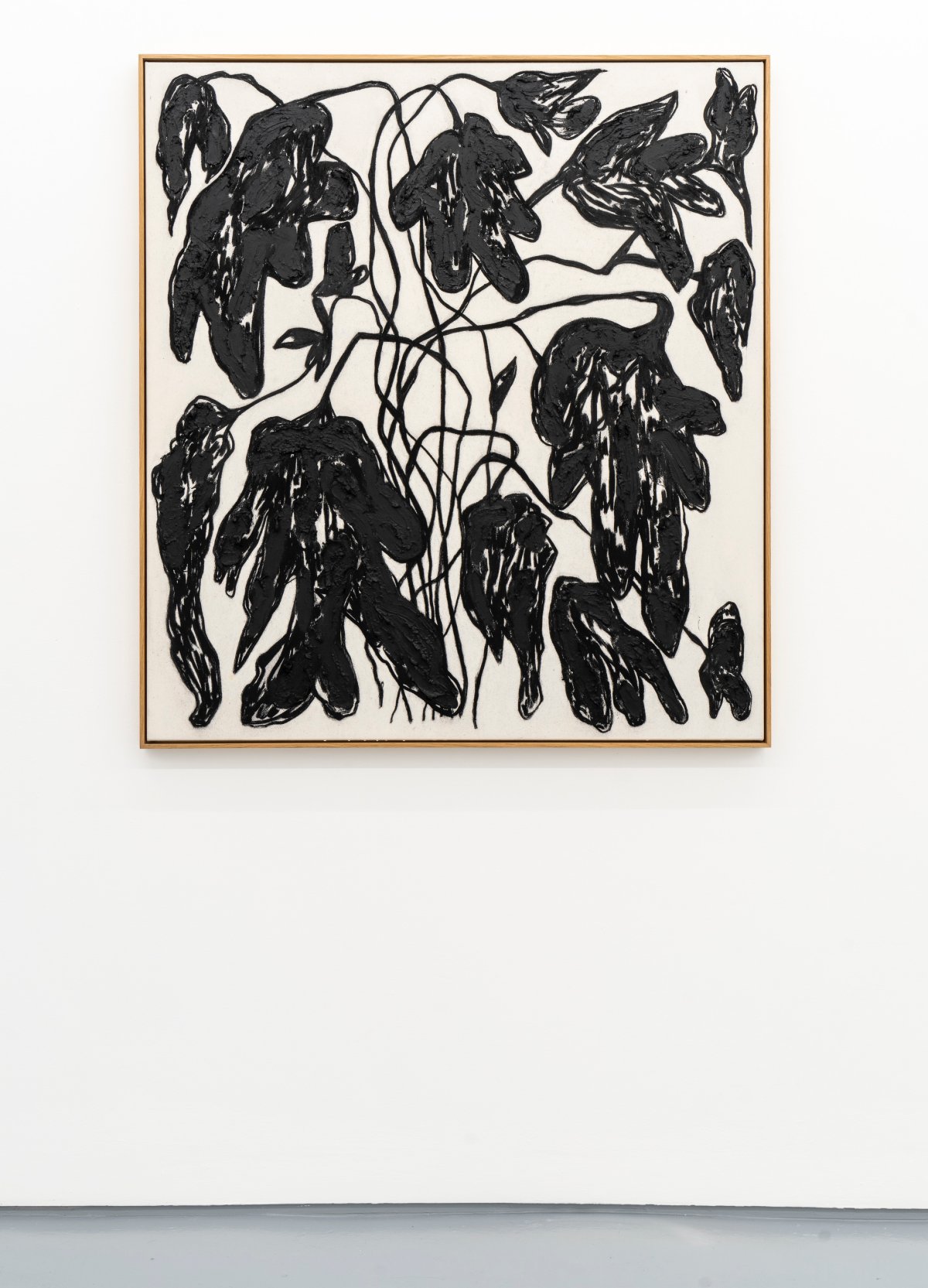 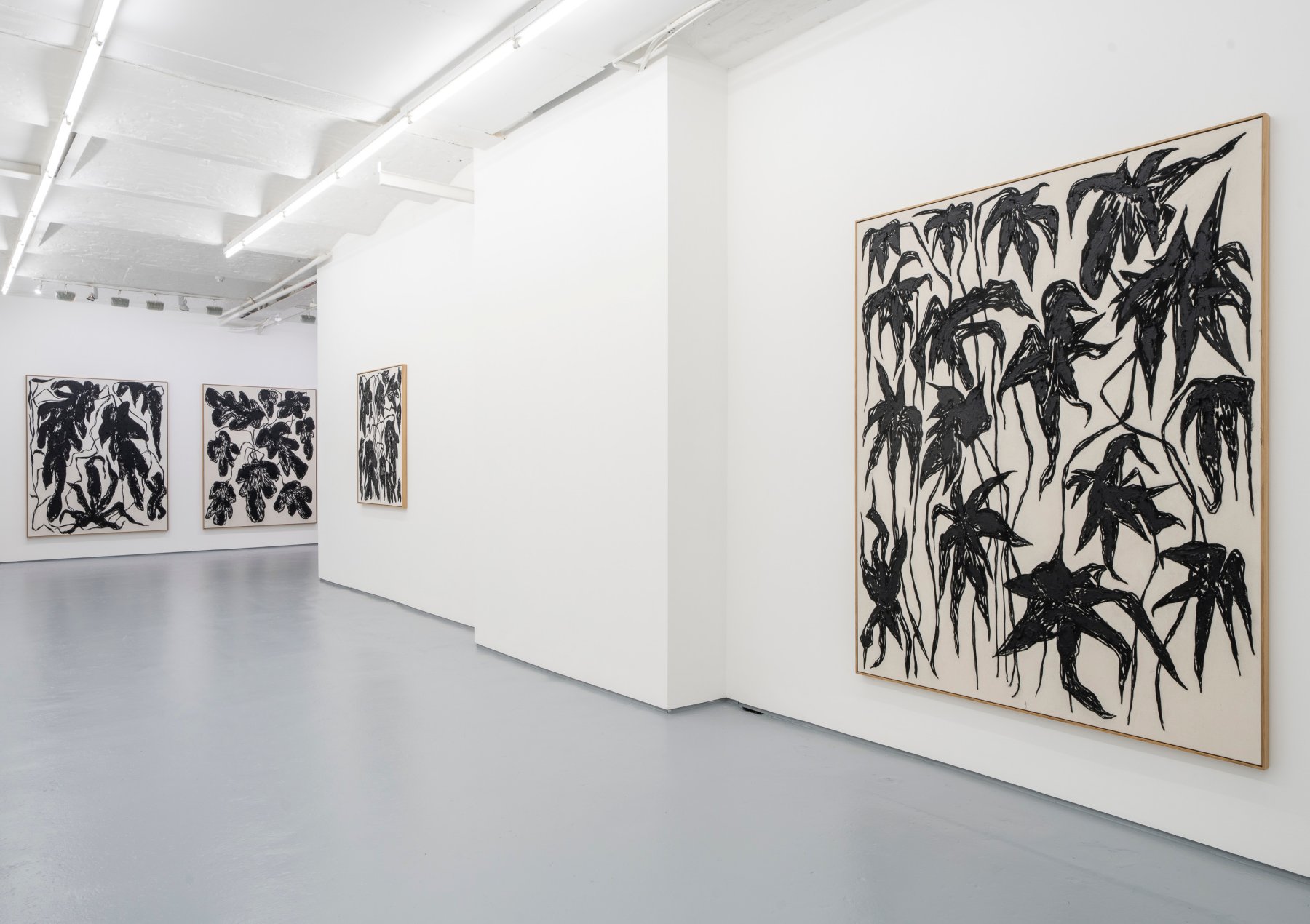 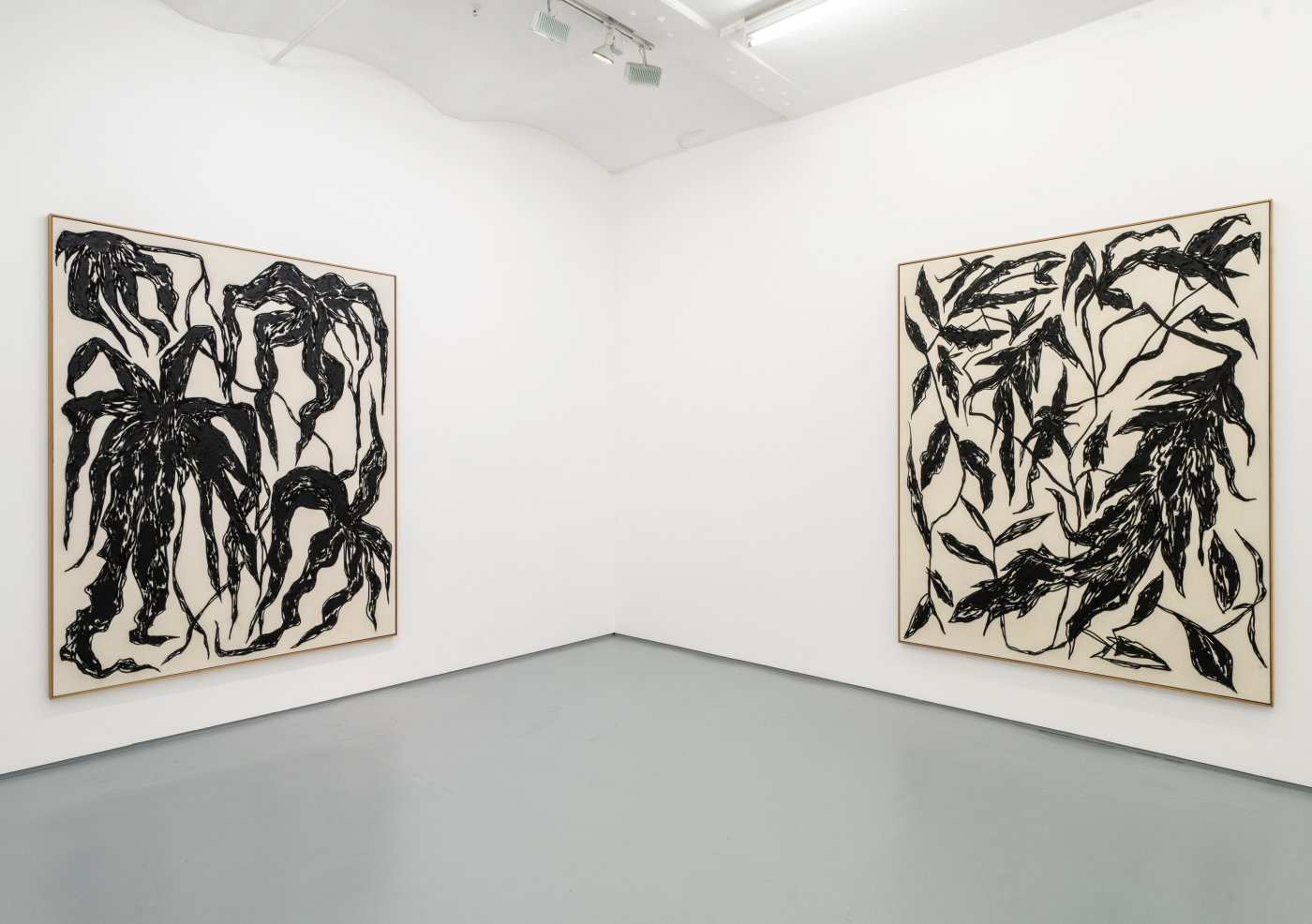 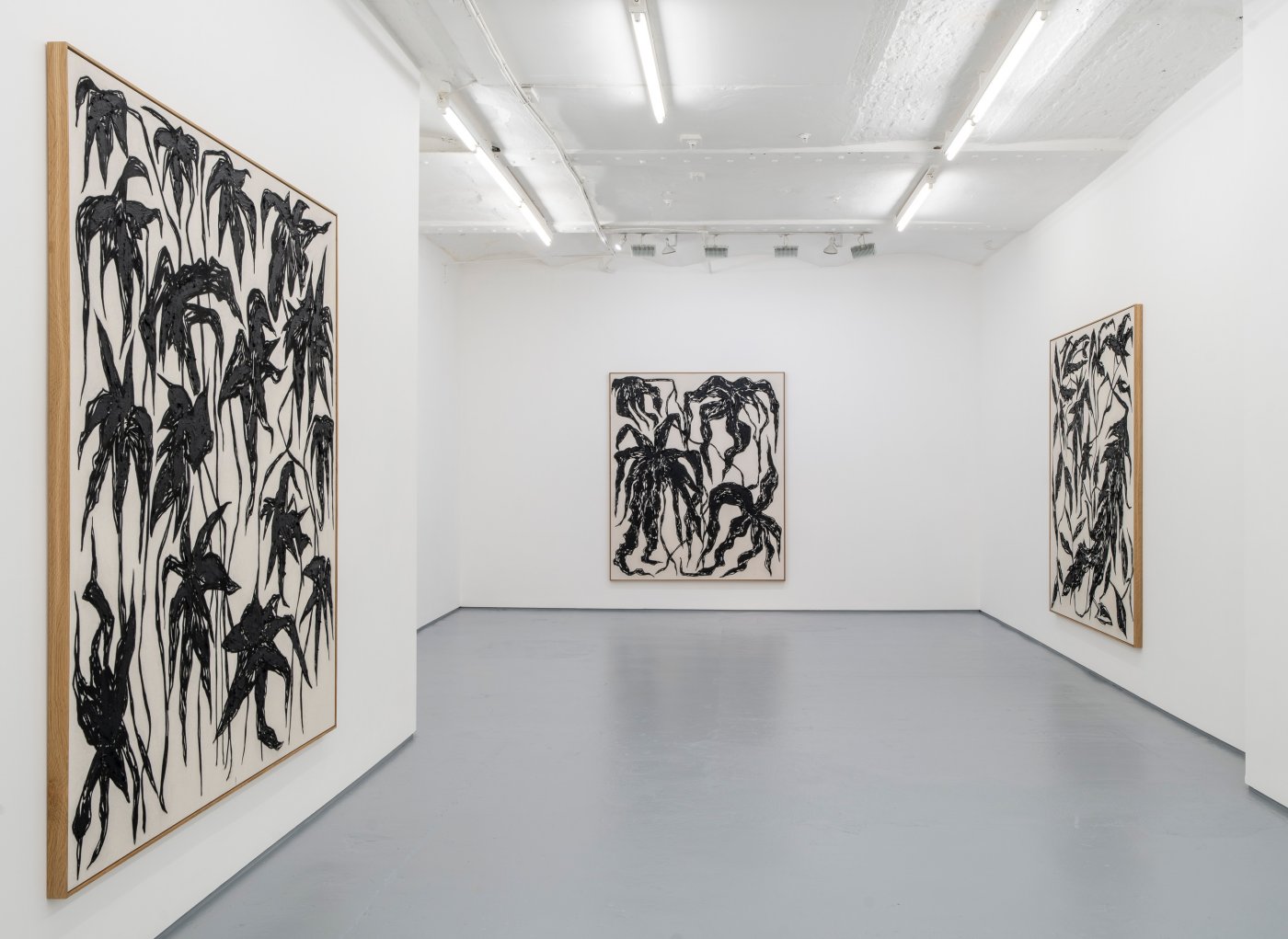 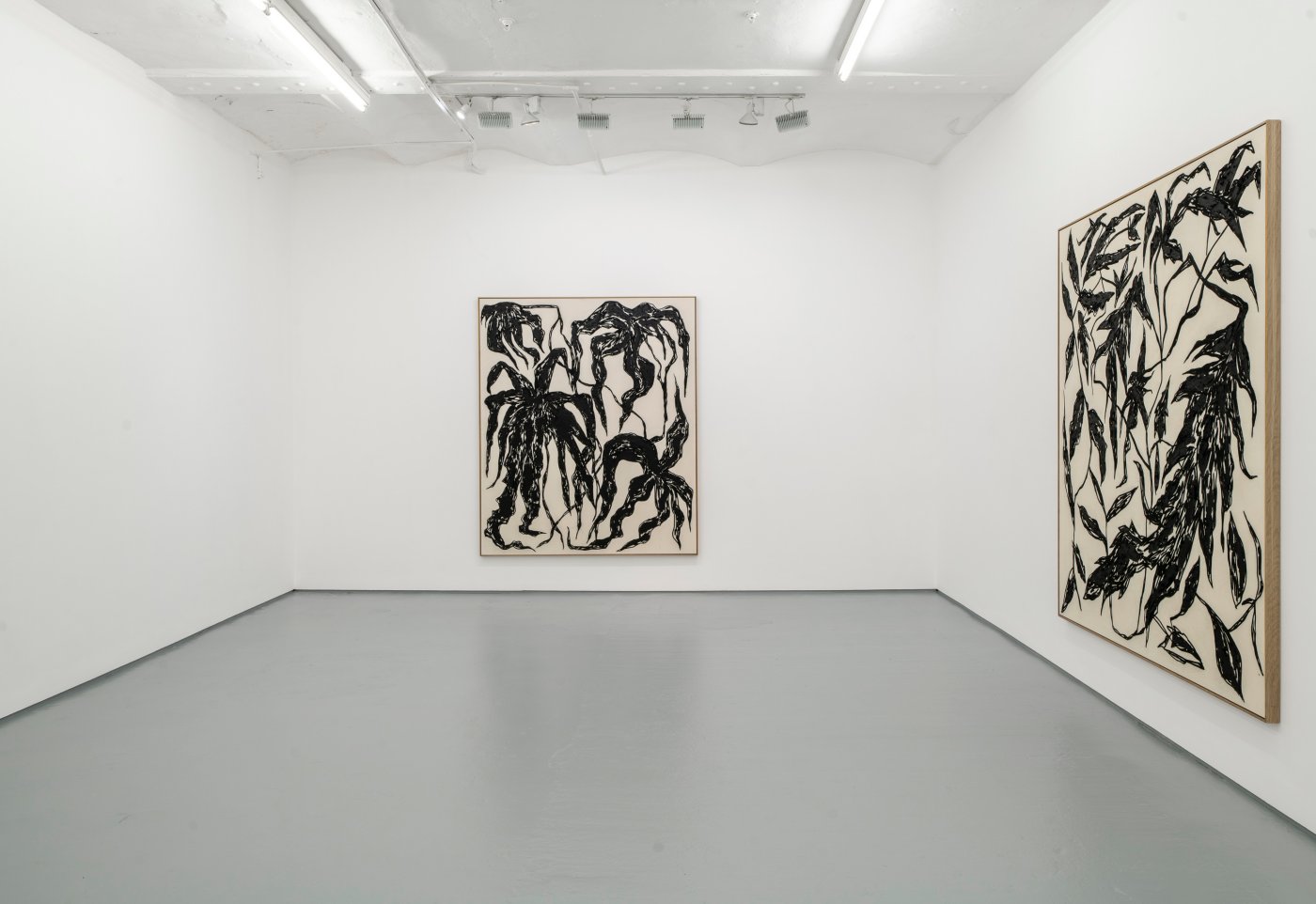 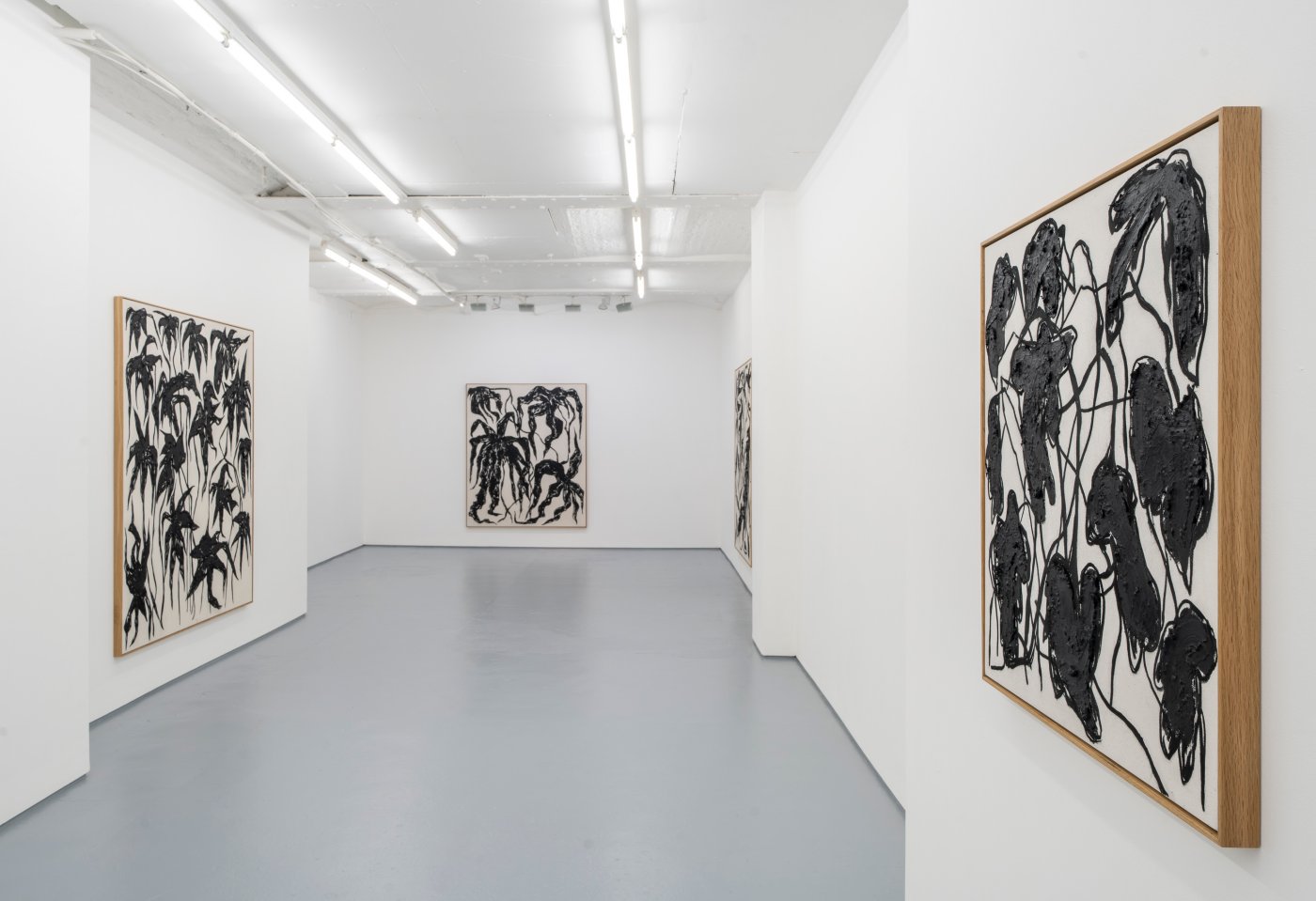 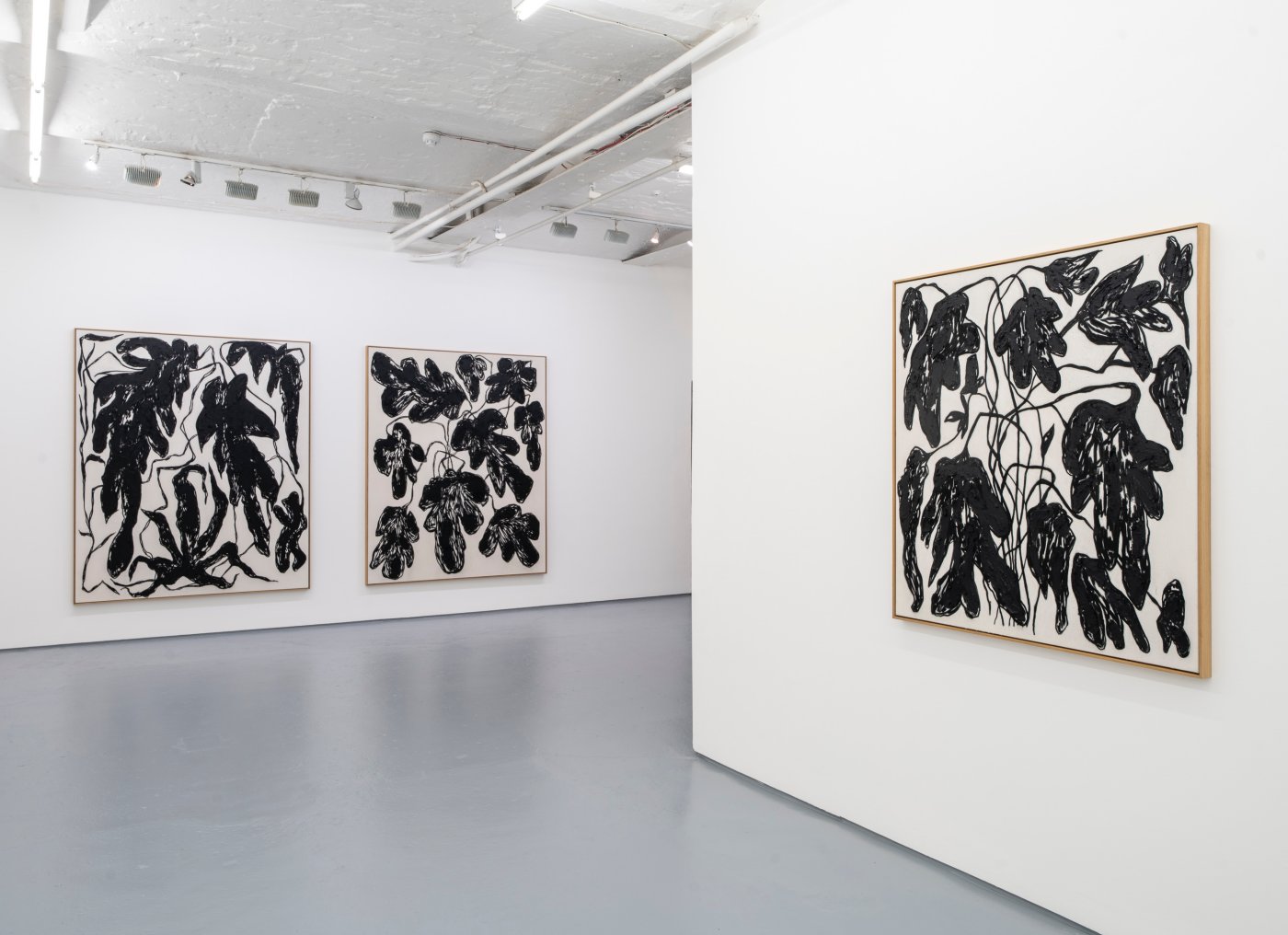 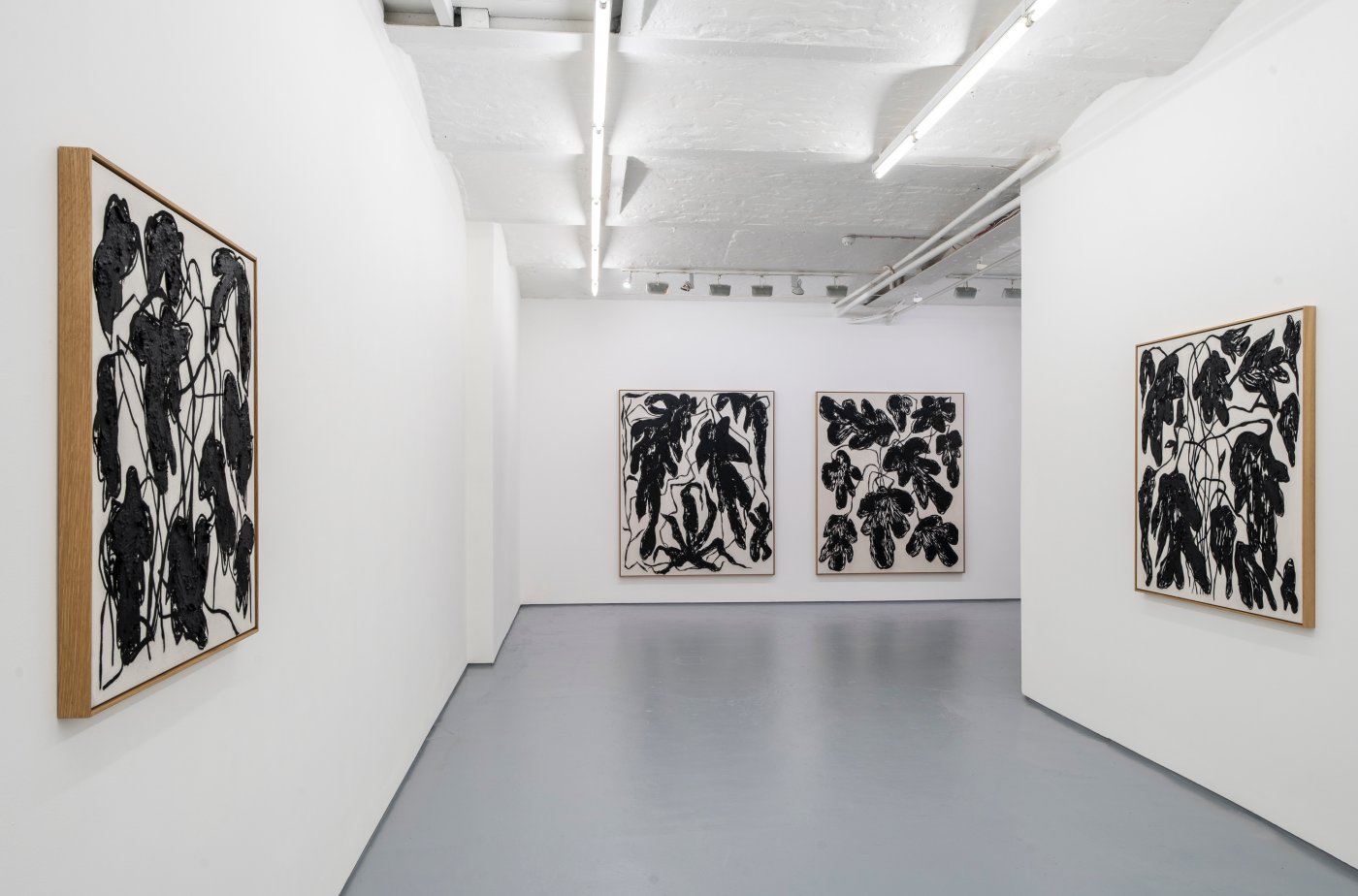 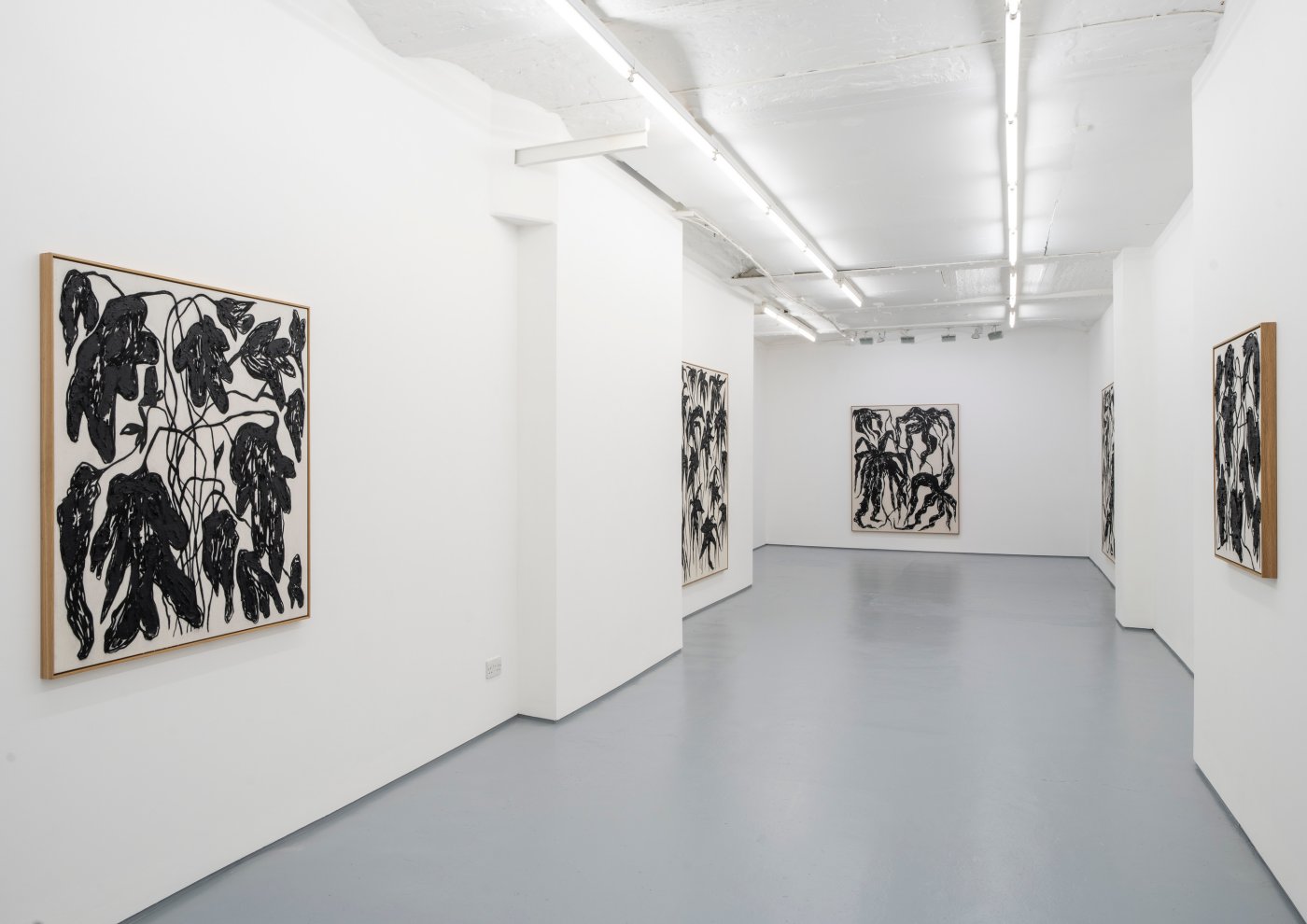 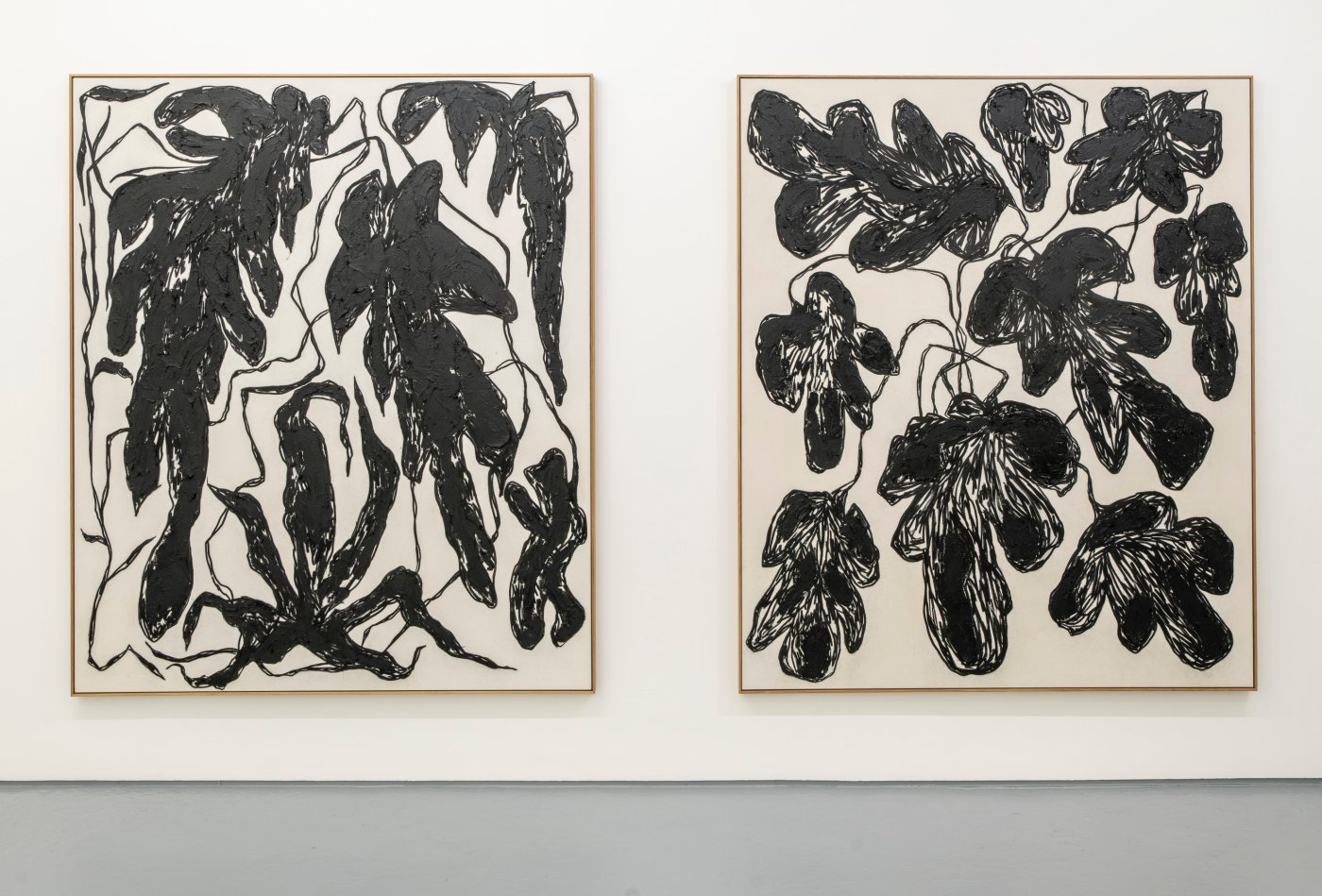 As a grandson of basket makers, Thomas Langley has a personal attachment to ancient and modern craft-based industries. He explores the raw materials, such as willow, that surrounded him in his youth. Willow has become a key component within his image making, not in the form of basketry, but in its altered state as charcoal.

Langley is deeply concerned with the bare mechanics of image making through a rhythmic approach to creating pulsating compositions. Undulating fields of gestural and observational mark-making, based on botanical studies, are rendered in monochromatic swathes of charcoal and paint. These stripped-back couplings between raw material and subject, create a visual conversation between abstraction and representation.

In Langley’s new body of work, the ‘monochrome’ and the ‘drawn’ are predominant.

‘The line undulates freely through the canvas, enjoying its raw existence and suggestive floral or botanic motives. This new body of work, though, seems to be more about the art praxis itself, the process, its plasticity and occupation of the planar space, than about a figurative attempt of any kind.

The physicality of the hand and the body exudes from each stroke: charcoal over canvas, playing with the potential and intensity of drawing, scratching, sketching, smudging, seeking compositions that share some similarities with the urban language.

The clarity over the image and the language-in-construction, however, are never compromised — nor is the more than clear relation between positive and negative, full and empty, line and smudge. It is here the starting point of an image.’ – José Pardal Pina

Thomas Langley, b.1986, London, UK. Lives and works between London and Lisbon. He graduated from Royal Academy Schools, London, in 2018. His current work explores the intersection between painting and drawing, creating medium to large format monochromatic works derived from observing plant life that result in a loose botanical abstraction.

Courtesy of the artist and FOLD, London