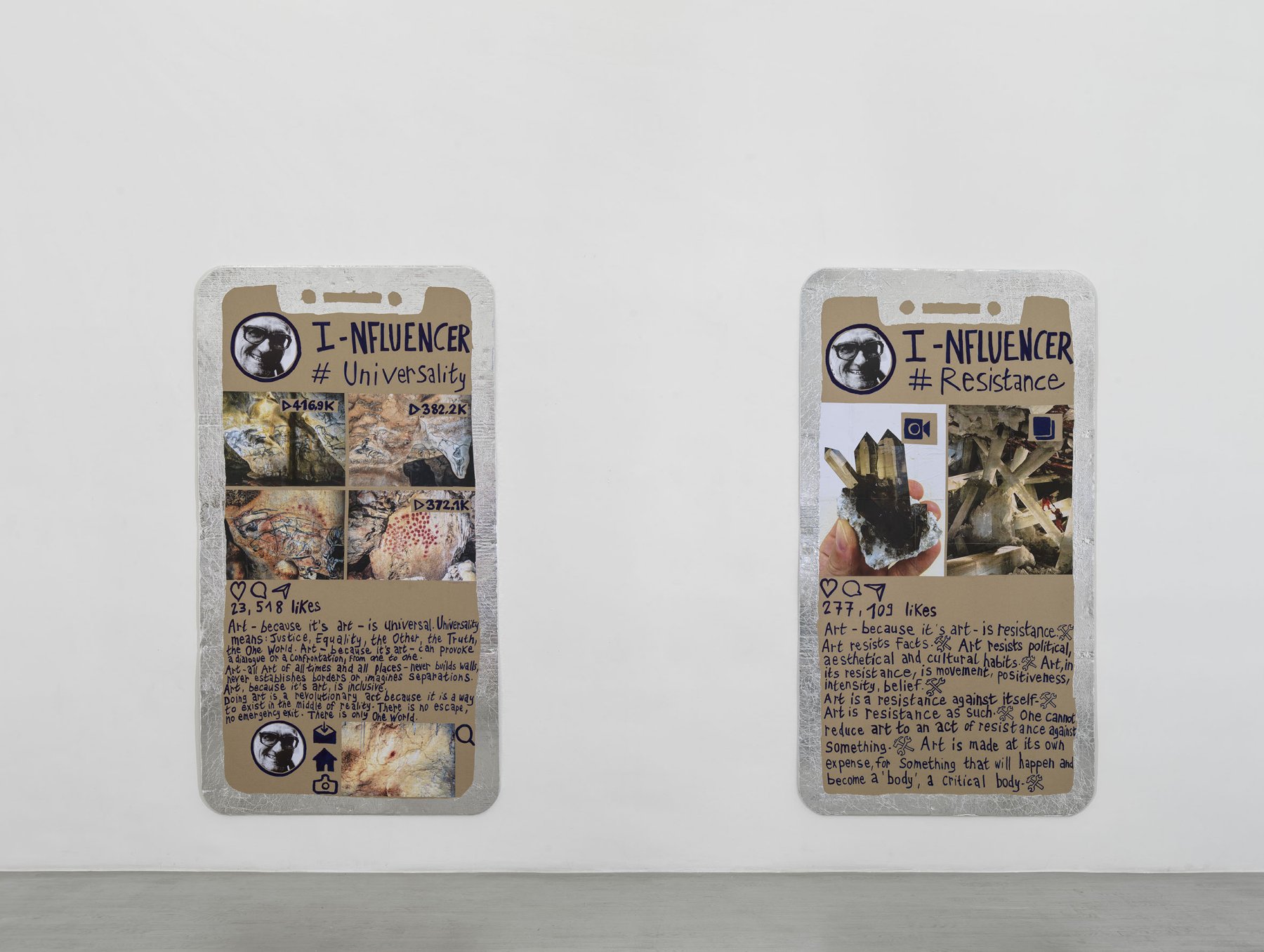 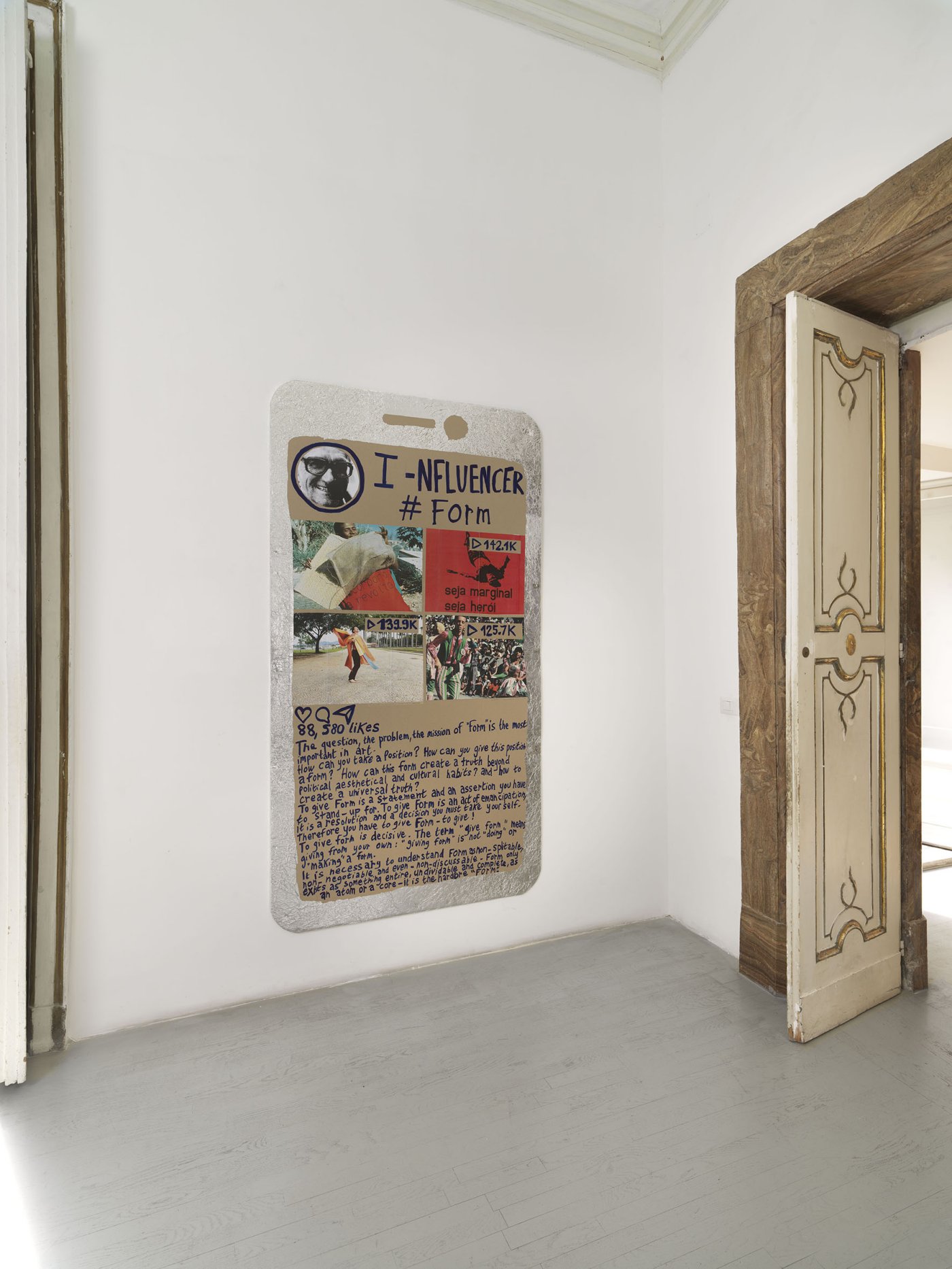 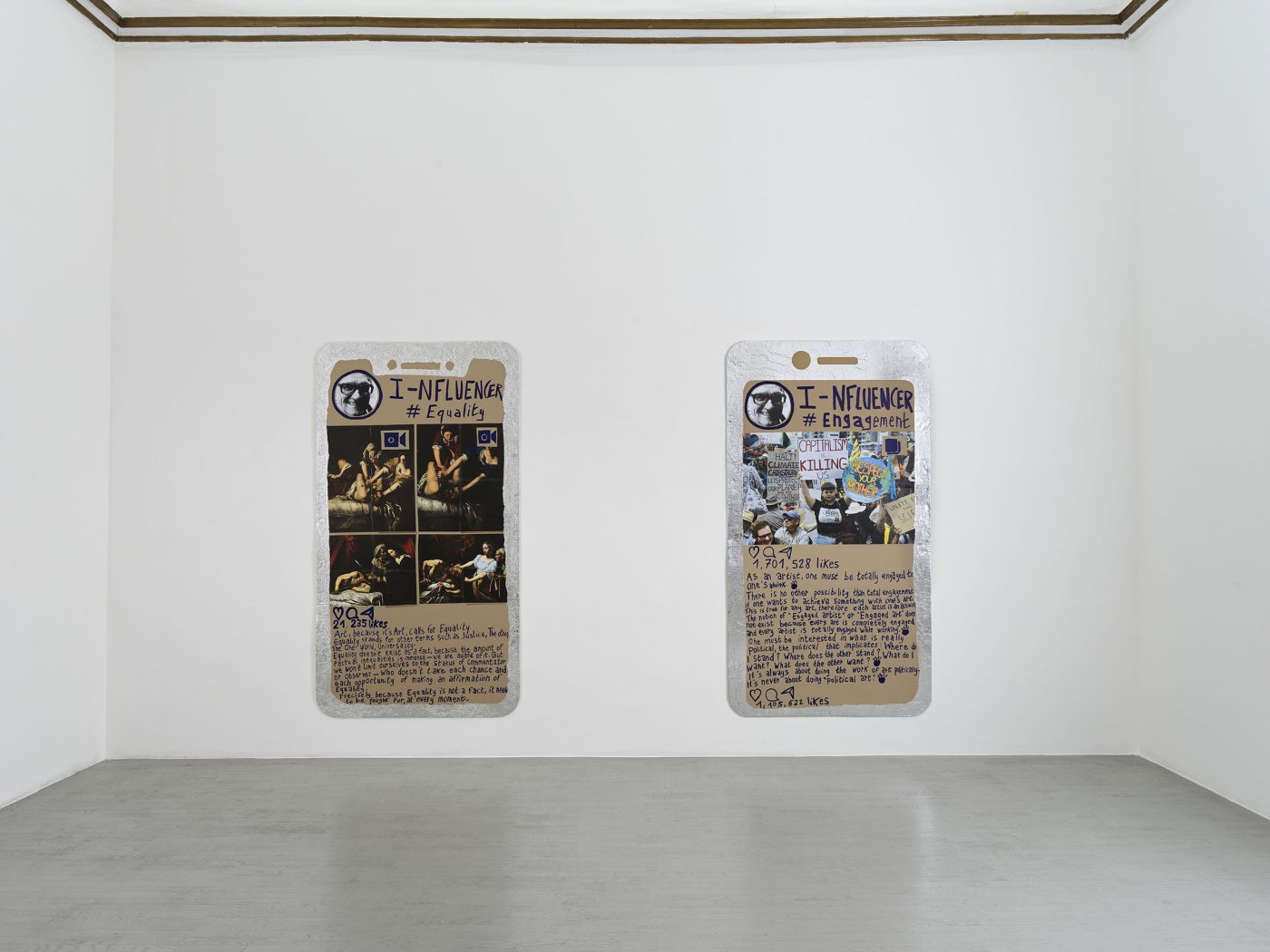 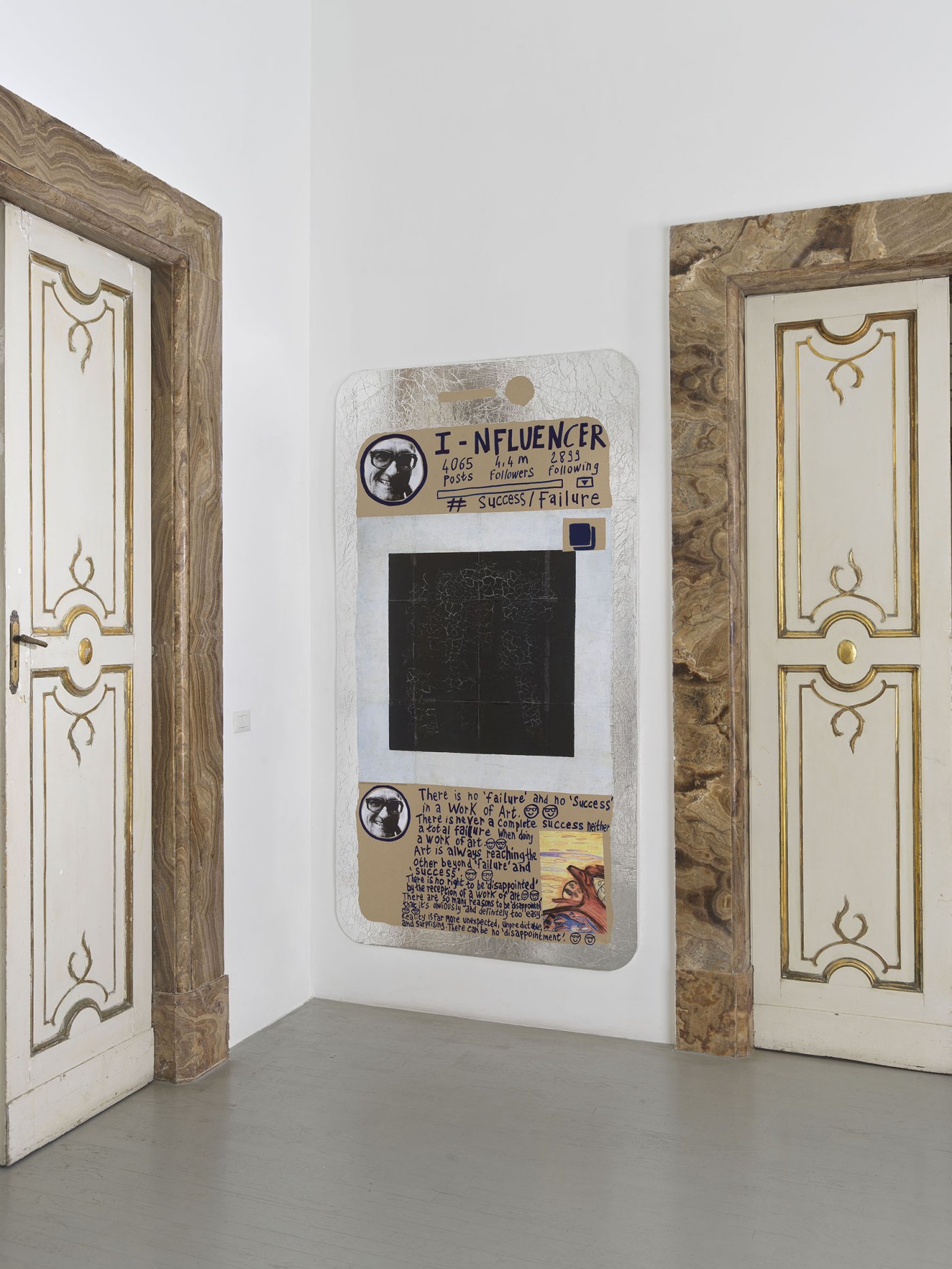 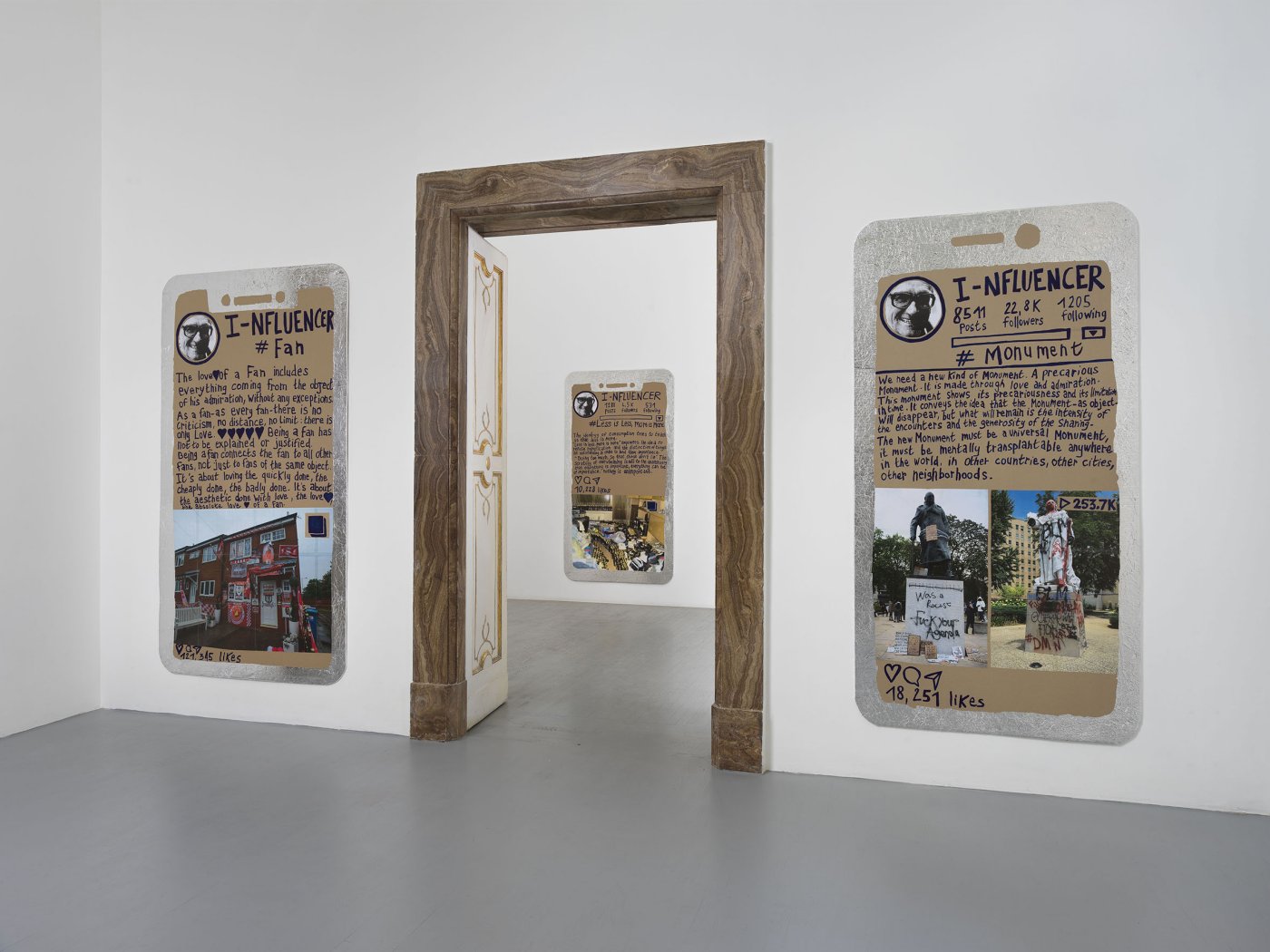 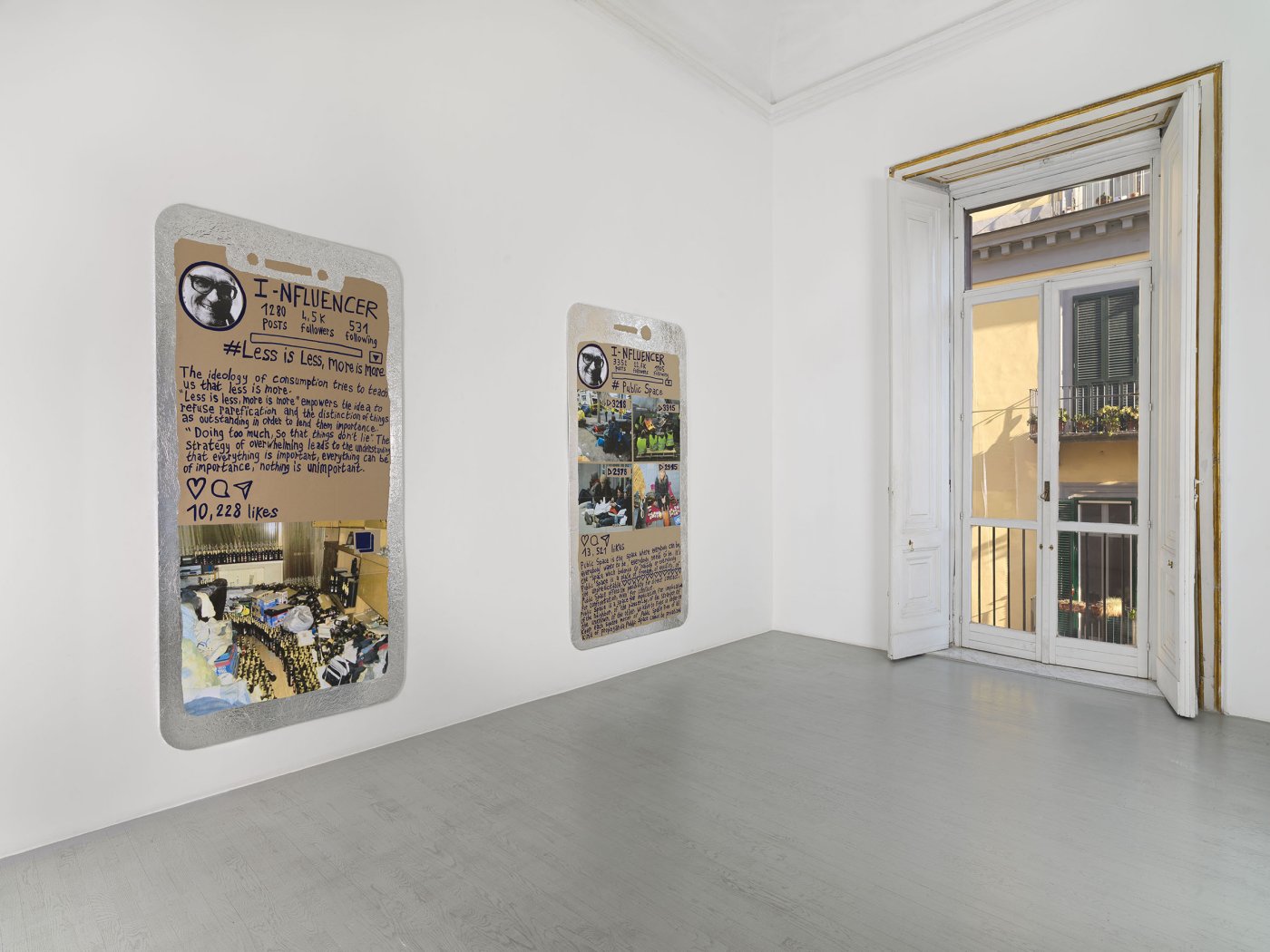 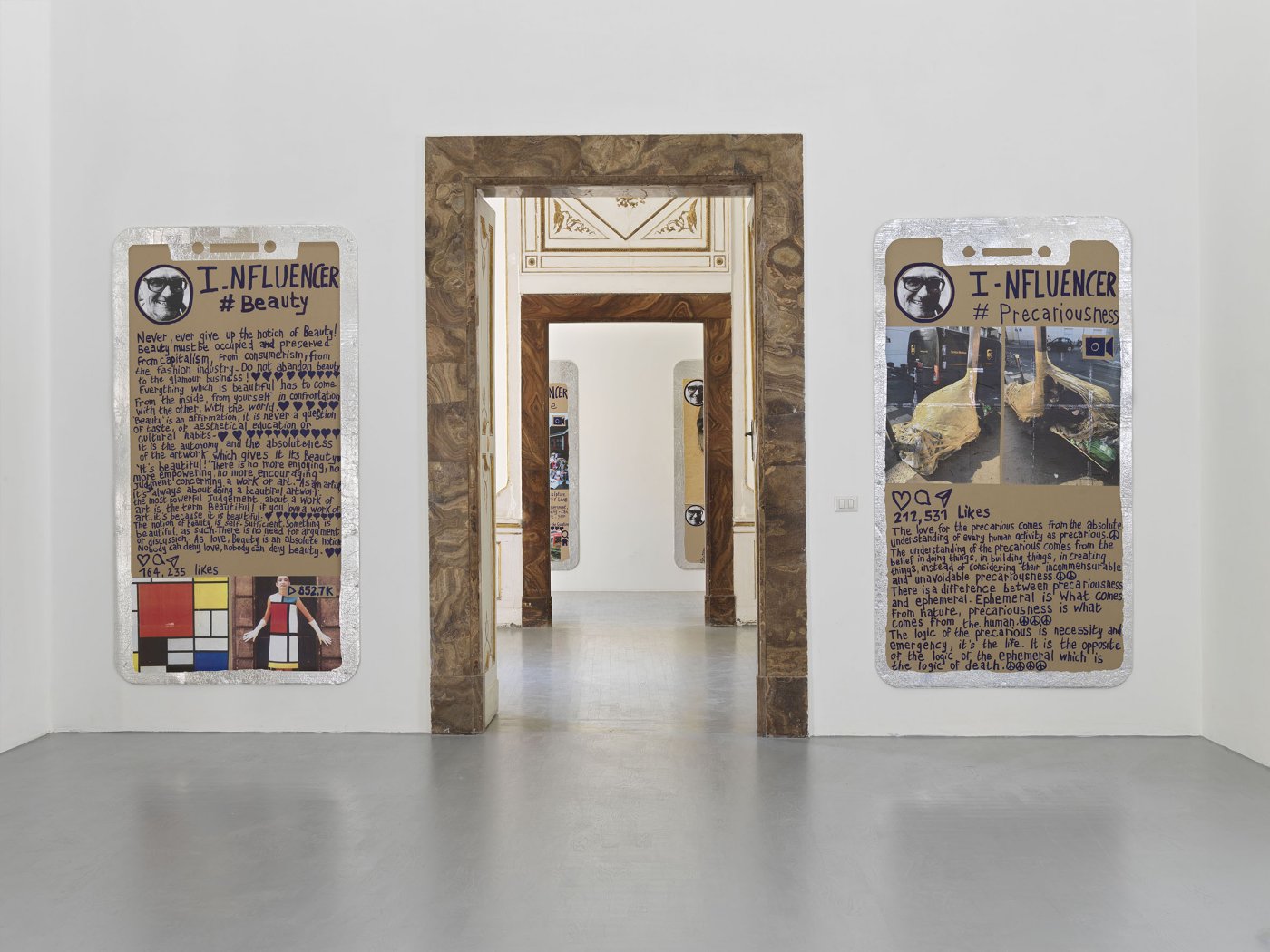 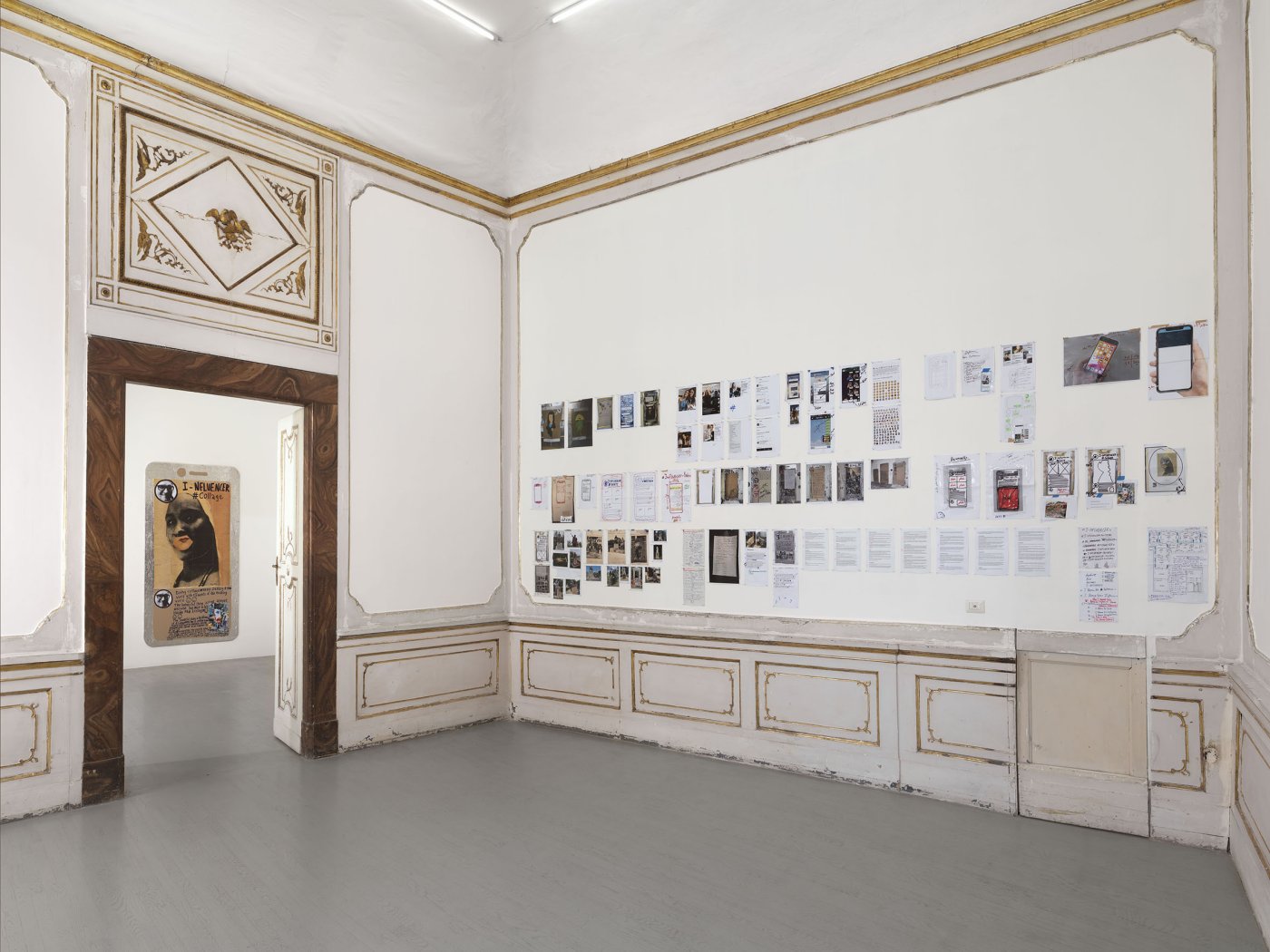 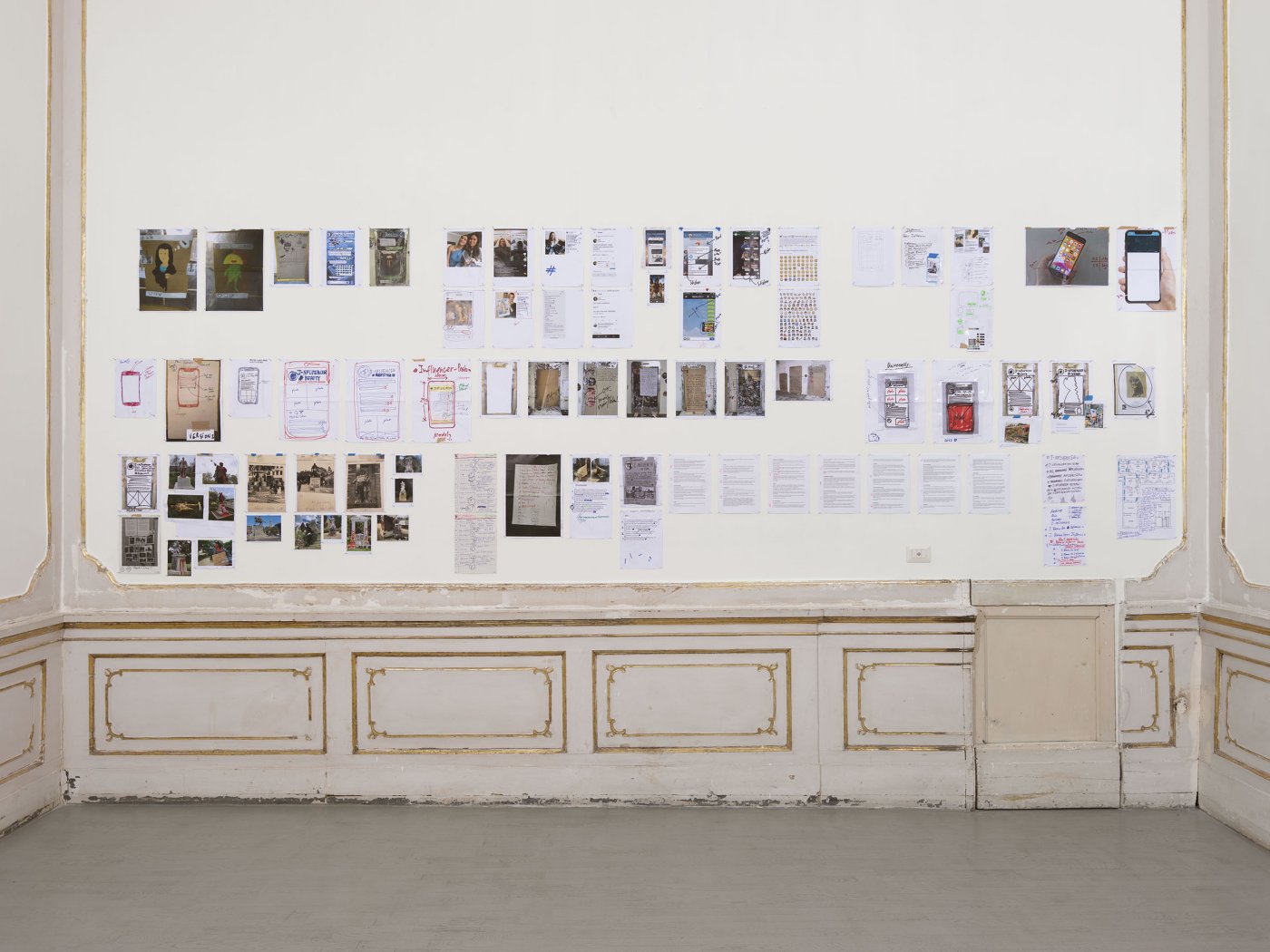 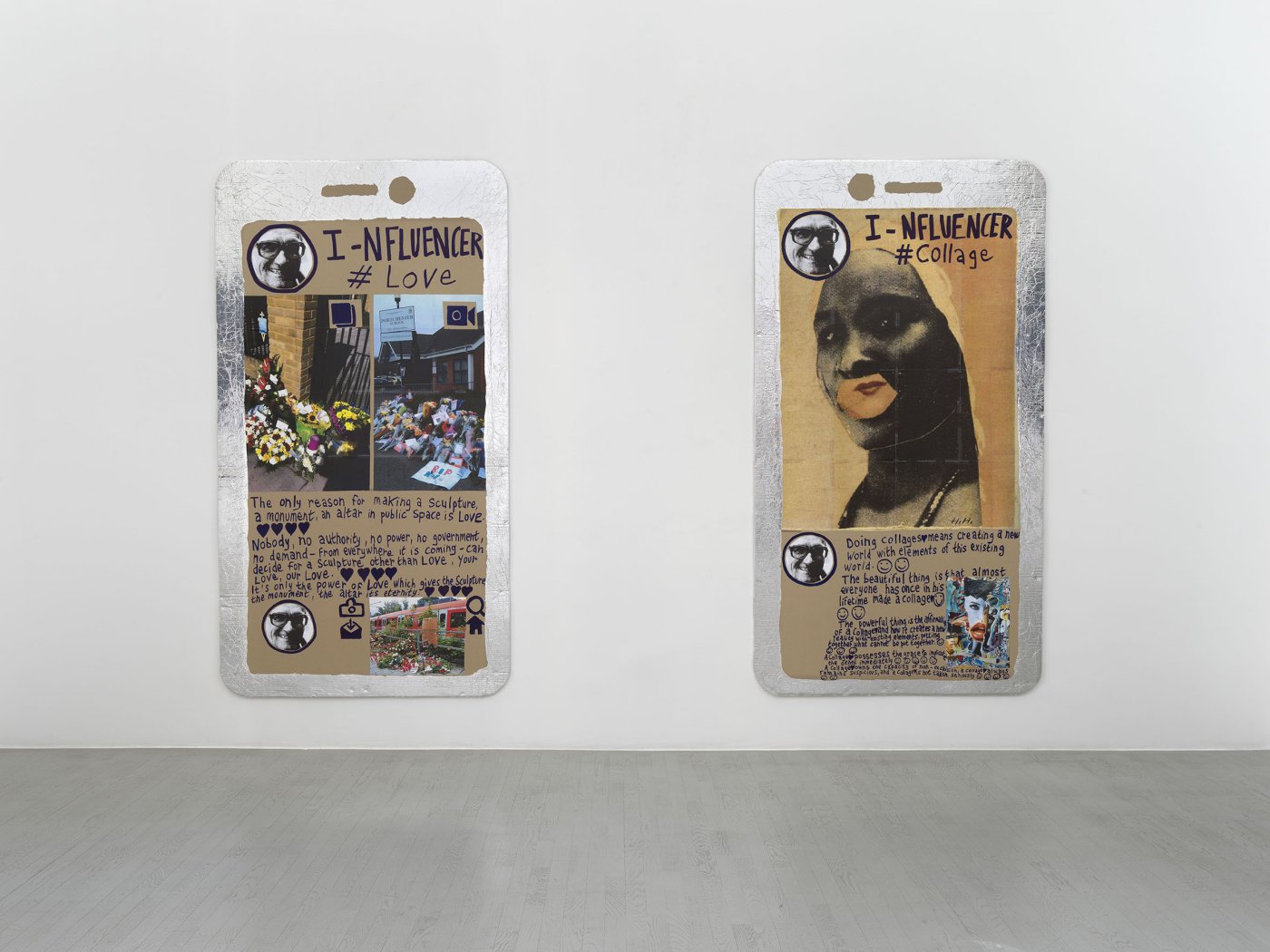 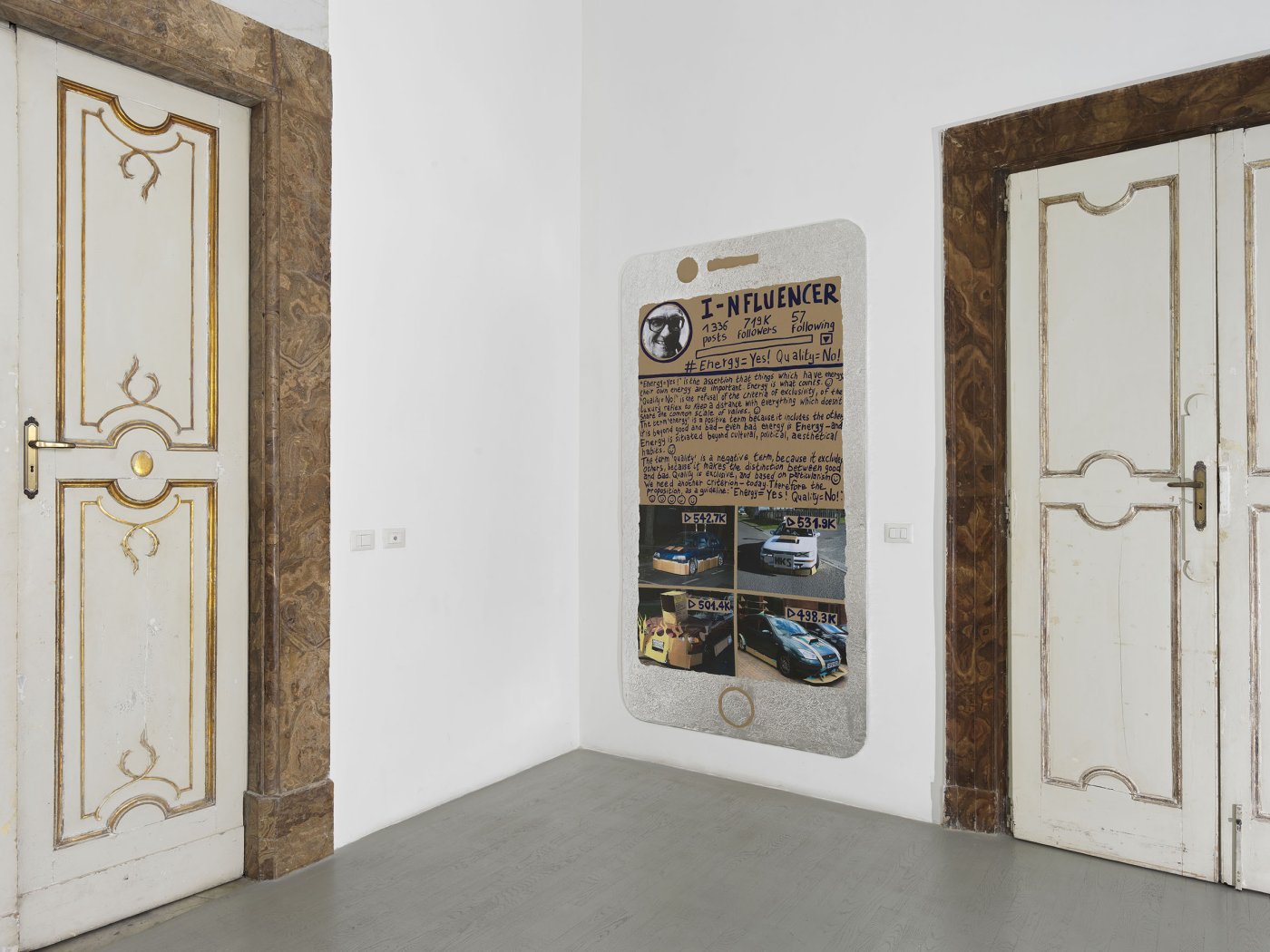 «I-nfluencer-Poster» is the title of a new series of 17 works. The aim of this series of work is to claim myself as an ‘Influencer’, therefore my self-declared title “I-nfluencer”. I am not implicated into ‘social-medias’ myself but I follow with interest their growing development and meaning, their collective importance and aesthetics. And I want to express my will of having ‘Influence’, as well – hopefully with some credible self-irony, humbleness and even silliness. Therefore all the “I-nfluencer-Poster” texts express the experience, the reflections, the affirmations, I made and have through my work in the field of art. But I am equally aware that I am just another ‘wannabe Influencer’, who wants to have many ‘followers’, and get lots of ‘likes’. Therefore, as one of the ‘wannabe influencers’, I want to express my thoughts, my beliefs and my position – with seriousness and commitment, and I want to share them in the only ‘niche’ I am competent or at least feel competent for: The ‘niche’ of Art. In any case, as an artist, I need to have a position and furthermore I need to confront the problem, the mission which is to decide: How to take position? How to give form to this position? And how can this form create a truth – beyond aesthetical, political, cultural and economical habits – an universal truth? Therefore, as somebody who claims to be an influencer and wants to have influence, I need to and I want to clarify several points in the ‘niche’ of Art, which I decided to identify with 17 ‘hashtags’. All of those ‘hashtags’ are problematics, notions, affirmations, topics I am interested in, I am thinking about, I am giving importance, and they are: #Public Space, #Precariousness, #Less is Less. More is More, #Waste, #Engagement, #Beauty, #Energy=Yes! Quality=No!, #Universality, #Resistance, #Form, #Equality, #Monument, #Weapon, #Collage, #Love, #Fan, #Failure and Success. The 17 “I-nfluencer-Poster” series are ‘Posters’ of the size of a vertical poster, roughly made, approximately, quickly executed. They are home-made blow-ups of social-media- screens. This series follows the “Chat-Poster” – which I made and exhibited in 2020 – with texts of the philosopher Simone Weil, where excerpts of her thinking lead to an imaginary dialogue on enlarged smartphones. With the “I-nfluencer-Poster” I want to continue with the aesthetics of social media but this time I want to use my own words as base.

Thomas Hirschhorn’s ‘Presence and Production’ projects include “Robert Walser-Sculpture”, Biel, 2019, “What I can learn from you. What you can learn from me (Critical Workshop)”, Remai Modern, Saskatoon, 2018, the “Gramsci Monument” in the Bronx, New York, 2013, “Flamme éternelle” at Palais de Tokyo, Paris, 2014, “Sperr” at Wiesbaden Biennale 2016 and the “Bijlmer Spinoza Festival”, Amsterdam, 2009.
Selections of his writings are published in English: “Critical Laboratory: The Writings of Thomas Hirschhorn”, MIT Press (October Books), 2013, and in French: “Une volonté de faire, Thomas Hirschhorn” Macula, collection Les in-disciplinés- e-s, 2015. The book “Gramsci Monument” was published in 2015 by Dia and Koenig Books.
With each exhibition in museums, galleries and alternative spaces, and in his 70 works in public space, Thomas Hirschhorn asserts his commitment toward a non-exclusive public.
Thomas Hirschhorn has received awards and prizes, among which: “Preis für Junge Schweizer Kunst” (1999), “Prix Marcel Duchamp” (2000), “Rolandpreis für Kunst im öffentlichen Raum” (2003), “Joseph Beuys-Preis” (2004), the “Kurt Schwitters-Preis” (2011) and the Prix Meret Oppenheim (2018).