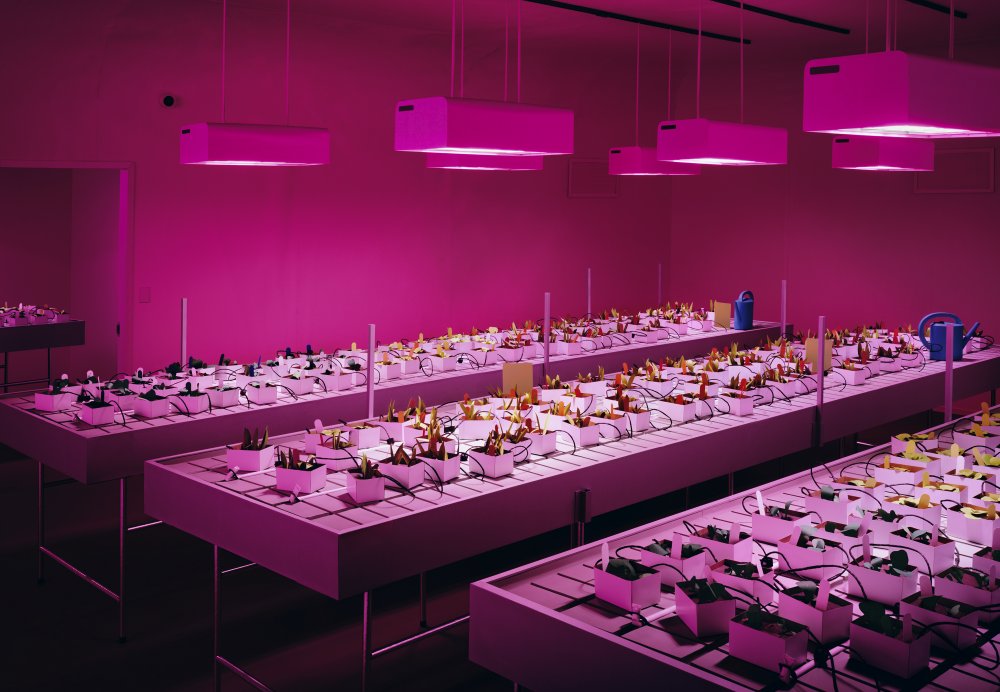 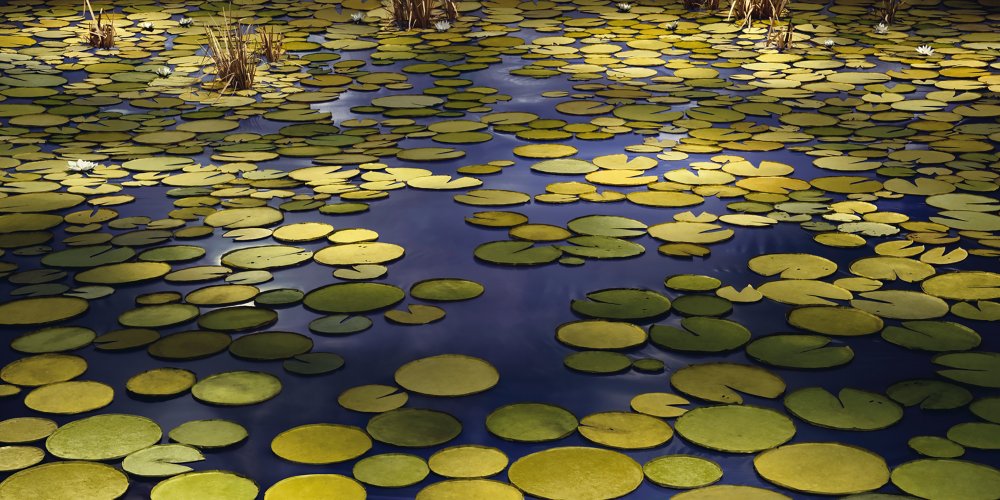 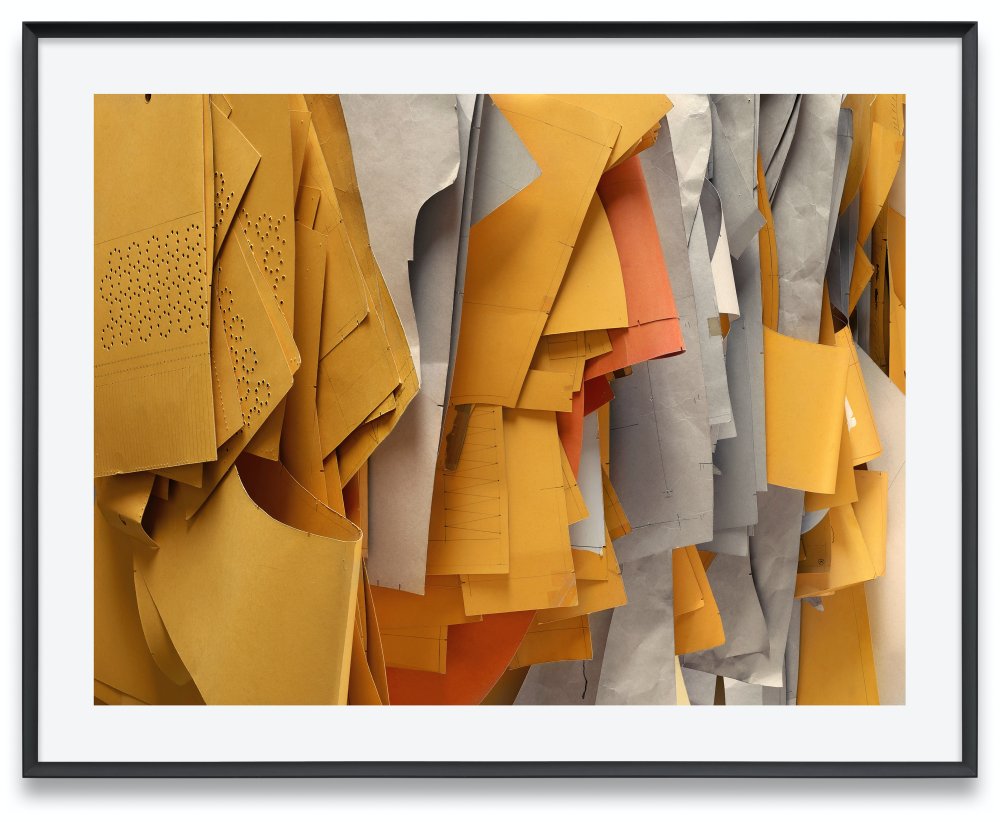 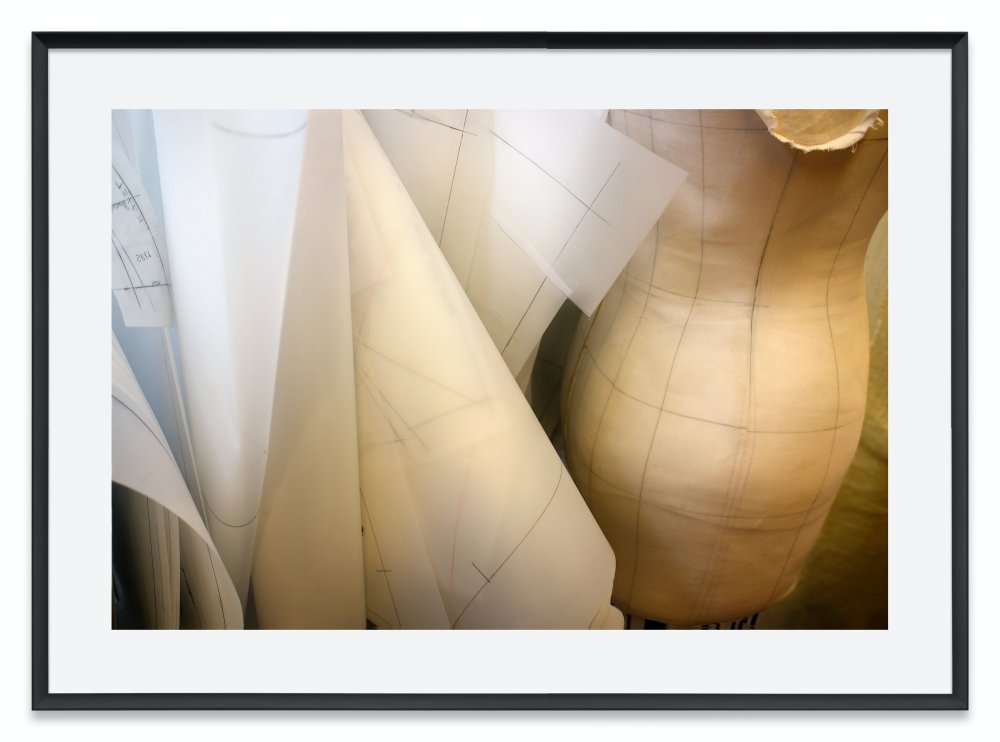 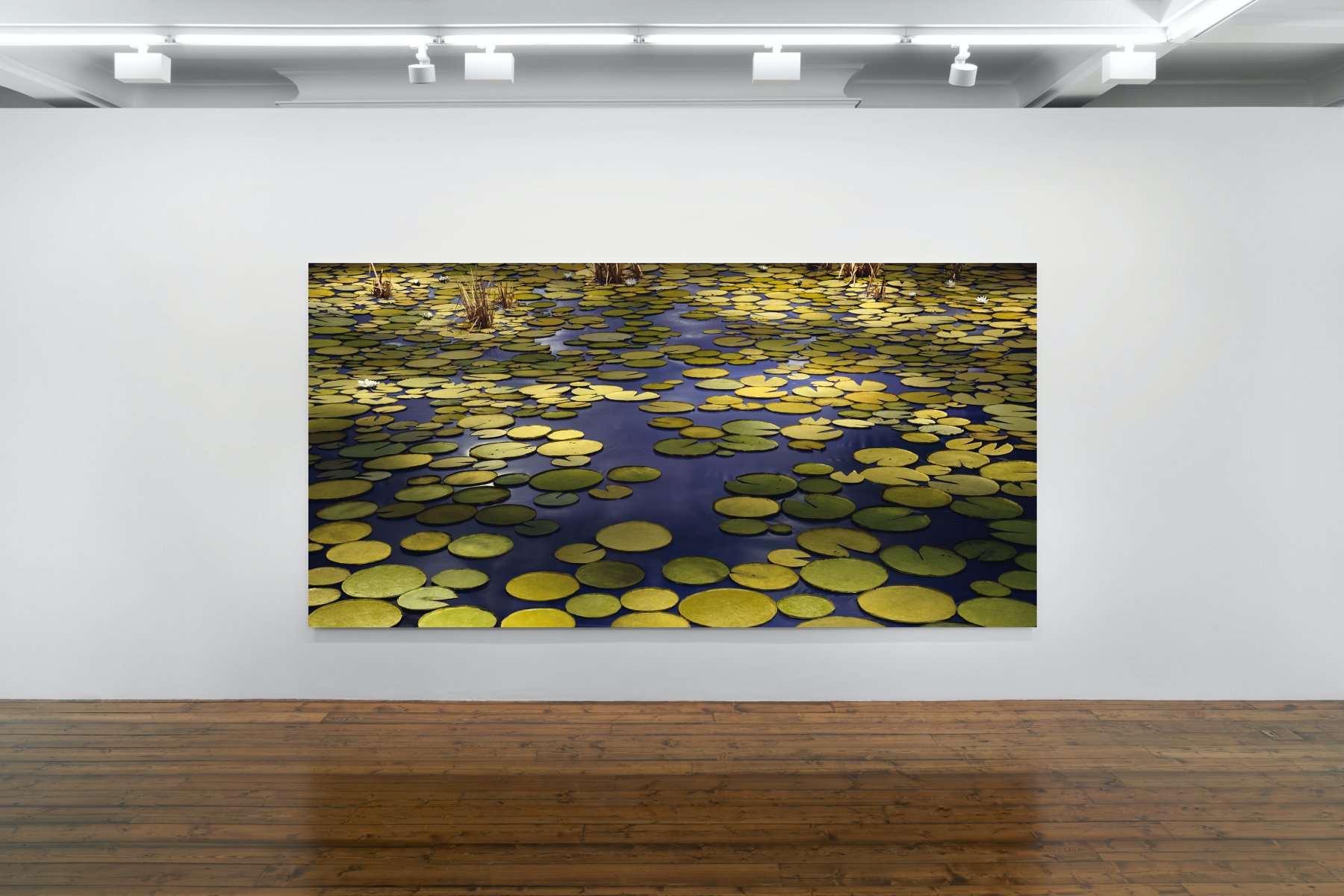 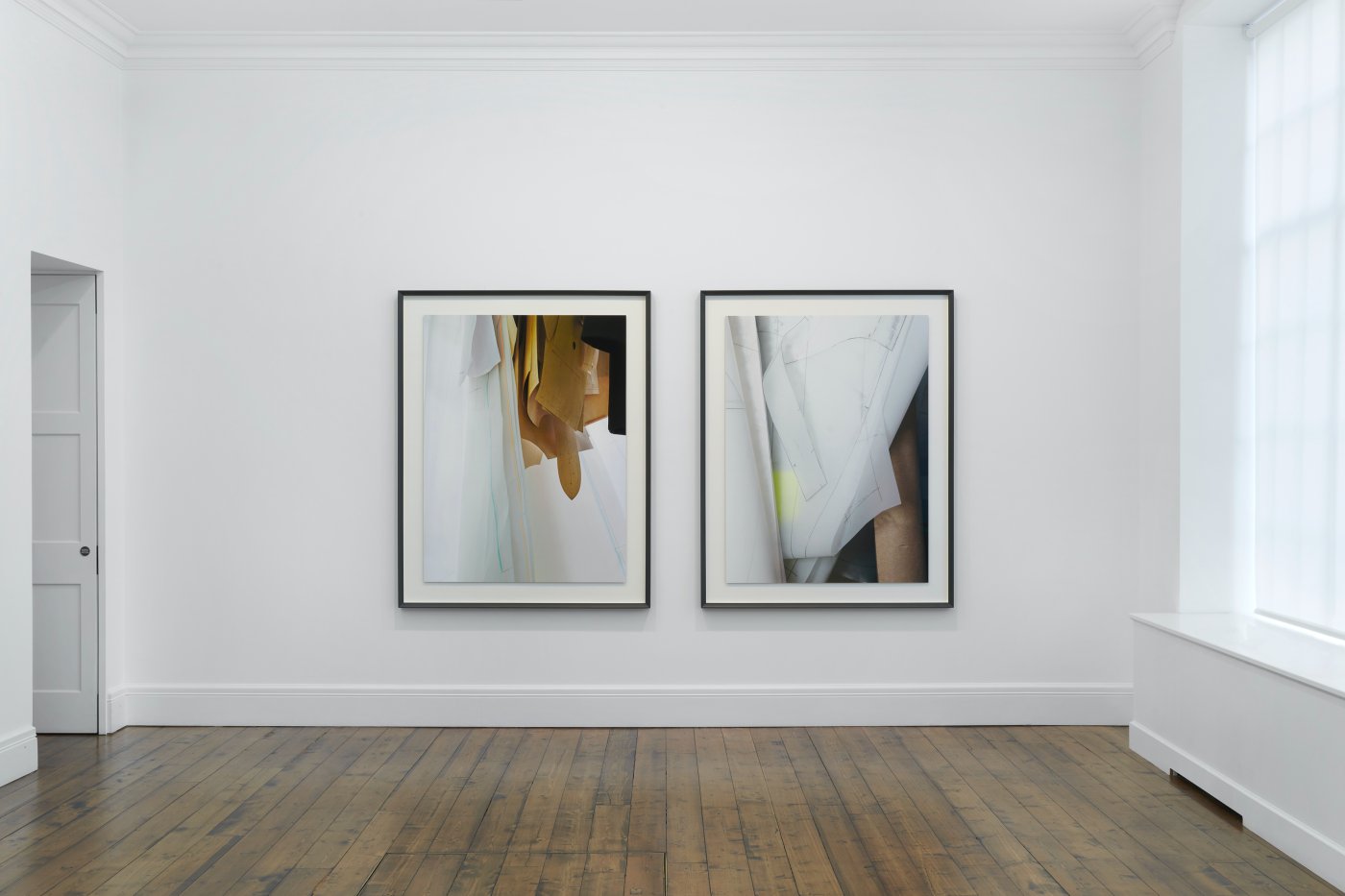 In Nursery (2020), suspended pink lights heavily illuminate long tables of horticultural specimens. Complex networks of pipes and cabling run through them, interspersed with labels, clipboards and watering cans. Immediately recalling a recently uncovered crime scene for the hydroponic growth of cannabis, this lab is in fact legally compliant and a scene from the future of farming. Based in Ontario, this is where students study for degrees in commercial cannabis production. The emerging legal cannabis industry has taken advantage of changes in government legislation and new technology to turn this previously nefarious activity into a multi-billion dollar business.

Nature is presented here as wholly artificial, reminding us that our idea of nature as an idyll is obsolescent and highly fabricated. Previous representations of nature in Demand’s work such as Hedge (1996), Clearing (2003), and more recently Bloom (2014) and Blossom (2015), demonstrated how our notion of nature is anachronistic and can border on the kitsch. The reality of farming and food supply today is a glowing pink lab, spearheaded by firms that have developed highly efficient vertical farms and other technological solutions for agriculture. During our current crisis, the result of excess and poor management of the relationship between humans and nature, we are asked to recalibrate and reconsider how we treat the natural world and try to conquer it.

The artificiality of such a scene – an artificially made image showing an artificial production – is typical of Demand’s tautological practice in its ability to question photographic truth in a self-referential manner. Demand creates life-size cardboard models with meticulous detail before photographing and then destroying them.

The exhibition also includes new works from the Model Studies series, a departure in Demand’s own practice in its portrayal of models not of his own making, but to date those of architects John Lautner, SANAA and Hans Hollein. In this latest series Demand focuses his attention on the atelier of the late fashion designer Azzedine Alaïa. For Demand, the model or in this case the pattern, is a sculptural object used to convey a series of ideas, a means of making sense of information.

Annotations, instructions and traces of tape and glue are visual markers of the labour that has worked to create them, bearing witness to their life of use. Shimmering tracing paper patterns testify to the practice of copying and reworking existing patterns. The rigidity of the multi-coloured thick card patterns is in contrast to the seemingly haphazard means of presentation and operations of the atelier. Demand sees a similarity with these to Matisse’s paper cut-outs, abandoned leftovers on the studio floor that could become part of a work.

Unlike the architectural models of his earlier Model Studies, which may be used to trigger a seemingly endless chain of thought, Alaïa’s patterns are designed for use and reuse as a manual for the repetition of an idea in fabric. Both these and those produced by architects are a working model, however, with an inbuilt history and biography. Demand continues to investigate how our interpretation of new and existing models can shape meaning, and in his pursuit of technical exactitude and sculptural form, studies the model as a way of rebuilding an impression of the world.