May your love be the vestment of my sorrows and the garment of our profound joy.
—Theaster Gates 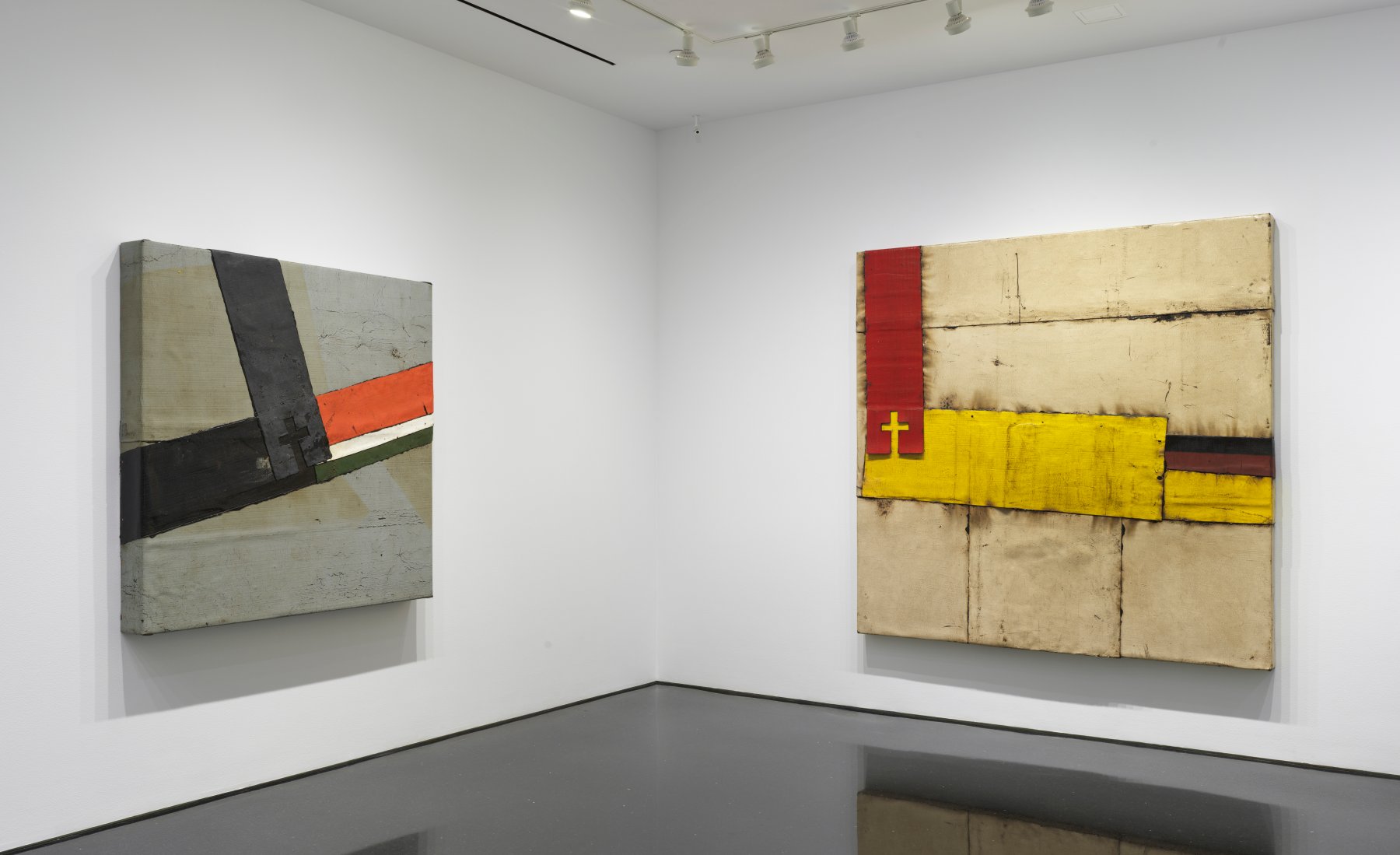 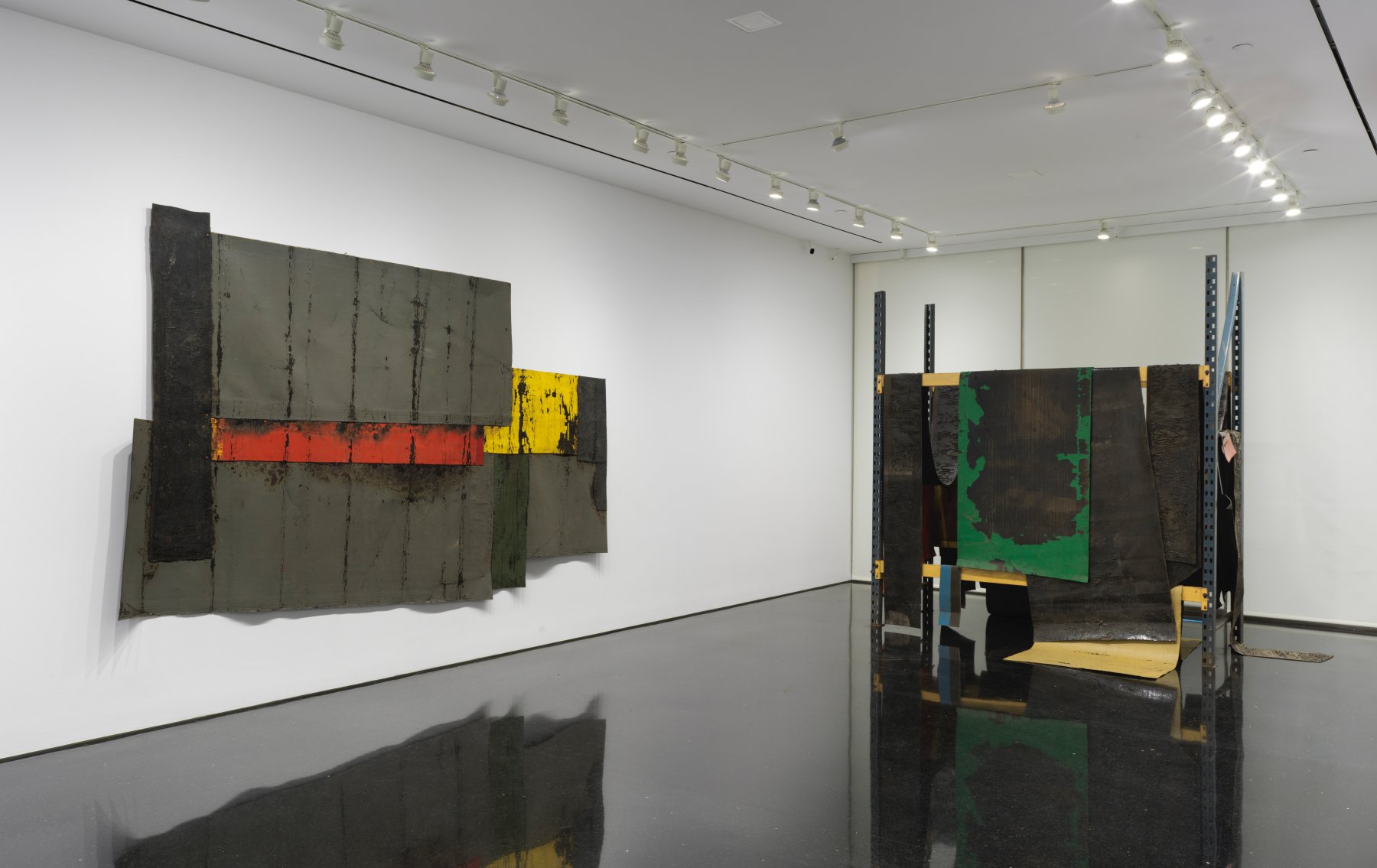 Vestment, a new series of tar paintings or “torch works” by Gates, continues the artist’s ongoing engagement with formalism and mark making at the scale of the roof. In this suite of paintings and a sculpture, Gates diverges from earlier monochromatic torch works and experiments with color as a formal device for exploring spiritual and stylistic hierarchies, religious garments and aggrandizement, and the symbolism and universalism of nationhood.

The new tar paintings serve as a distillate of some of the key intellectual musings with which Gates has grappled over the past year and throughout his practice. Invoking his recent meditations on the legacies of Russian Suprematism and Constructivism, along with the technical restraint and conceptual rigor of artists such as Josef Albers and Agnes Martin, Gates considers the cross as a politically galvanizing device and motif of religious social form. The ubiquity and iconography of the cross responds to the priestly vestments present throughout Russian filmmaker Andrei Tarkovsky’s Andrei Rublev (1966)—a seminal film that anchors Gates’s artistic study of the late scholar Robert Bird’s archive of Russian film, philosophy, and literature. Andrei Rublev, in this way, serves as a gateway for further investigations of ritual, sacred acts, ranking, and symbolism.

From clay to tar, the ritual of fire and the alchemical power of the flame is a fundamental axis for Gates in his practice. Through the torch, Gates challenges us to reconsider the stylistic grading of humble materials and labor-based practices. Paying homage to his father’s craft as a roofer, Gates honors the lineage of knowledge and transference of this skill while demonstrating the malleability, vulnerability, and precarity of the form. These new torch works extend the artist’s interest in preserving, celebrating, and elevating near-obsolete processes into and within the art historical canon. Through the dynamism of this practice, Gates remains conversant with these labor traditions.

Vestment coincides with Young Lords and Their Traces, the artist’s first museum survey, at the New Museum, New York, from November 10, 2022, through February 5, 2023. As an adjacent project, Gates has curated The Trace, a slate of films that begin to lay out the origins of Russian engagement with Black American labor movements through cinematic relationships. This series, which will run from November 16 to November 27, 2022, is copresented by Gagosian and Metrograph as a complement to Vestment and the New Museum exhibition.