I always find myself returning to the vessel. It is part of the intellectual life force of my practice and it precedes all other forms of making.
—Theaster Gates 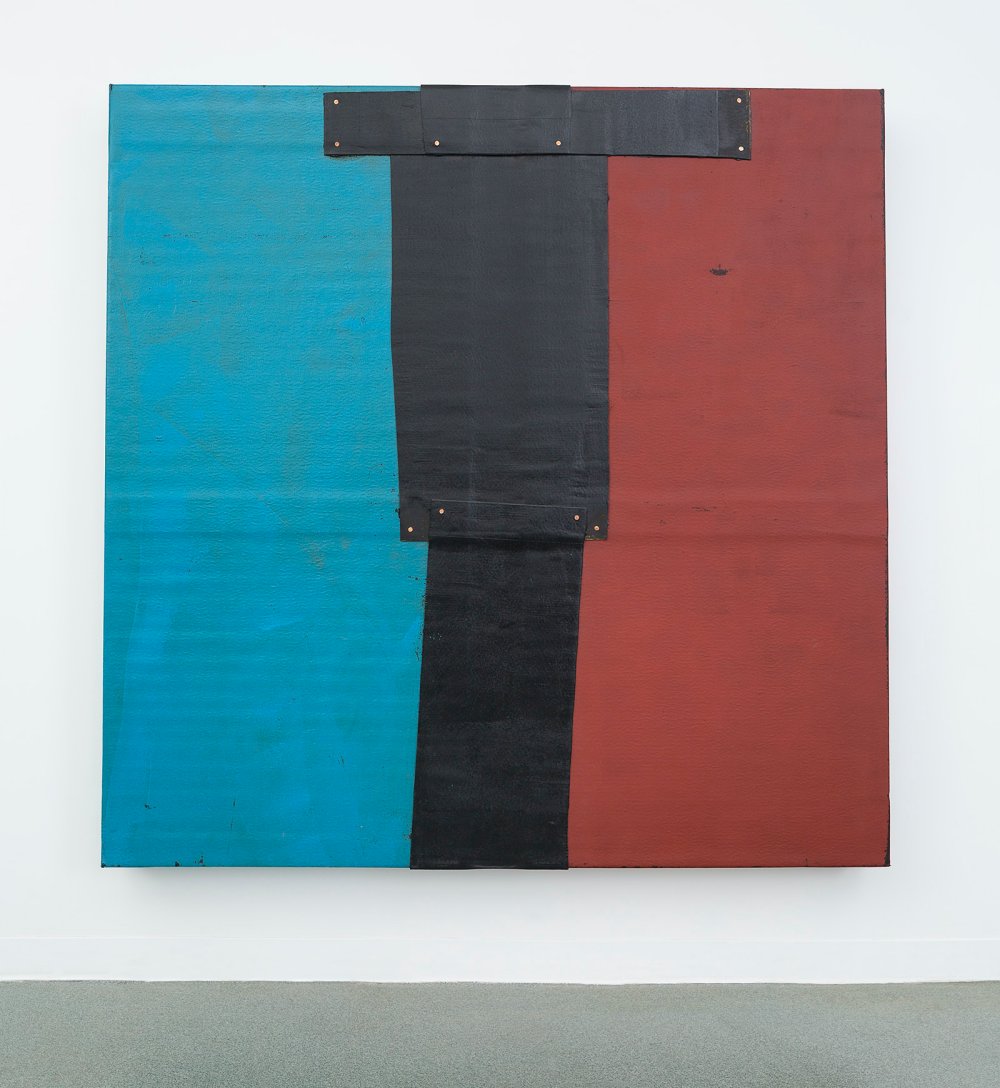 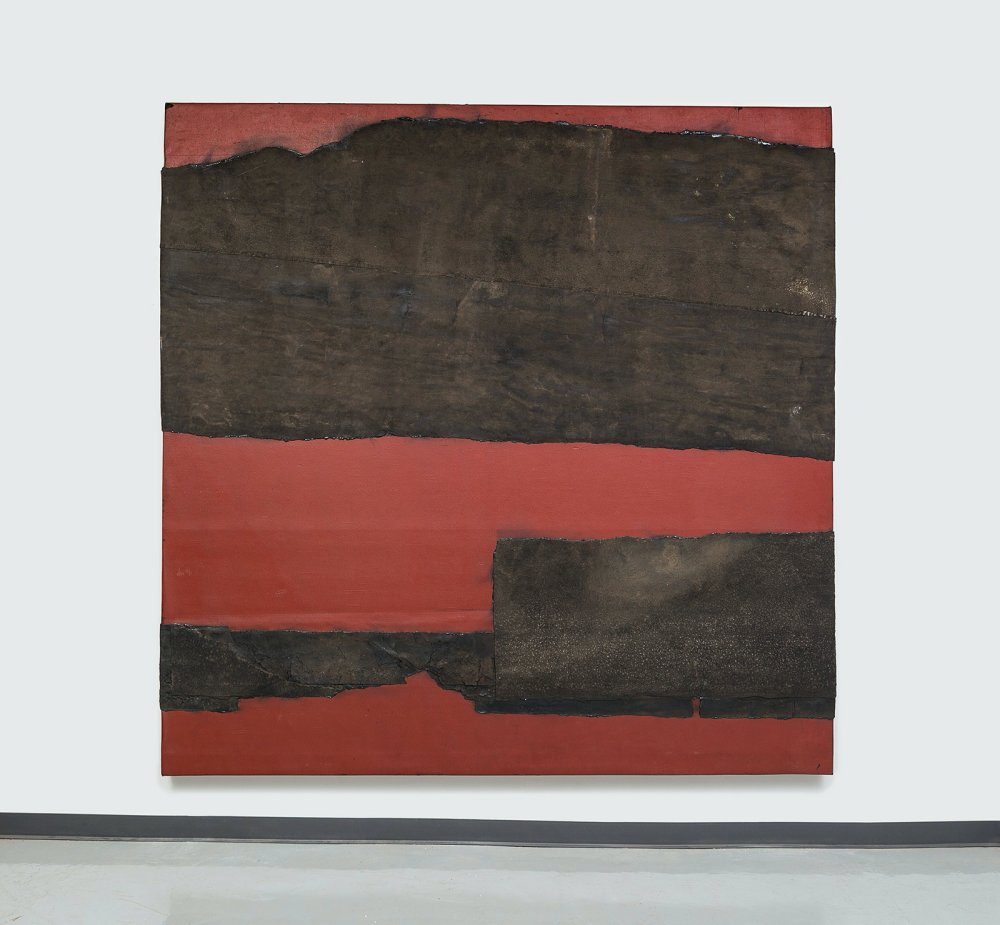 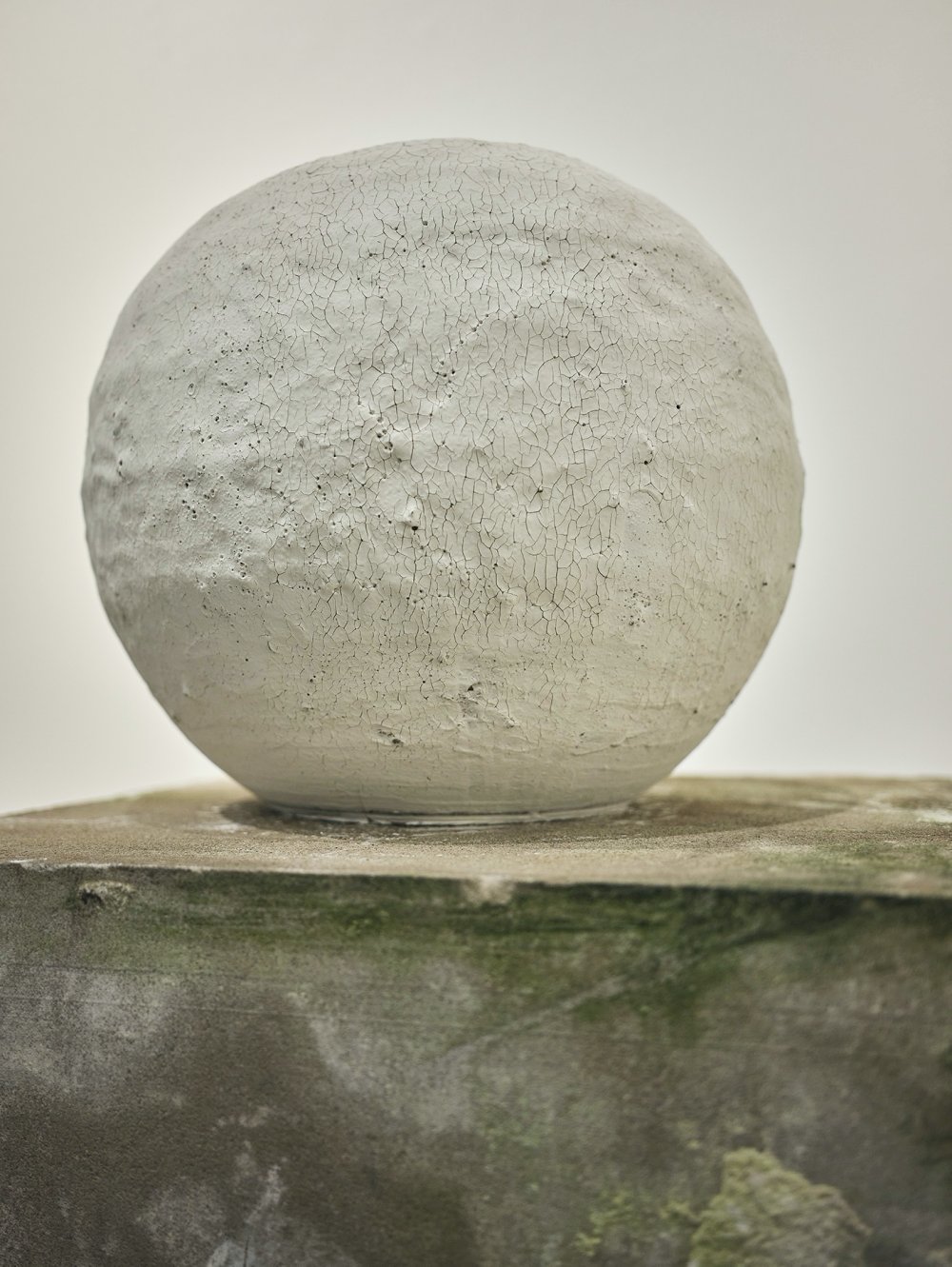 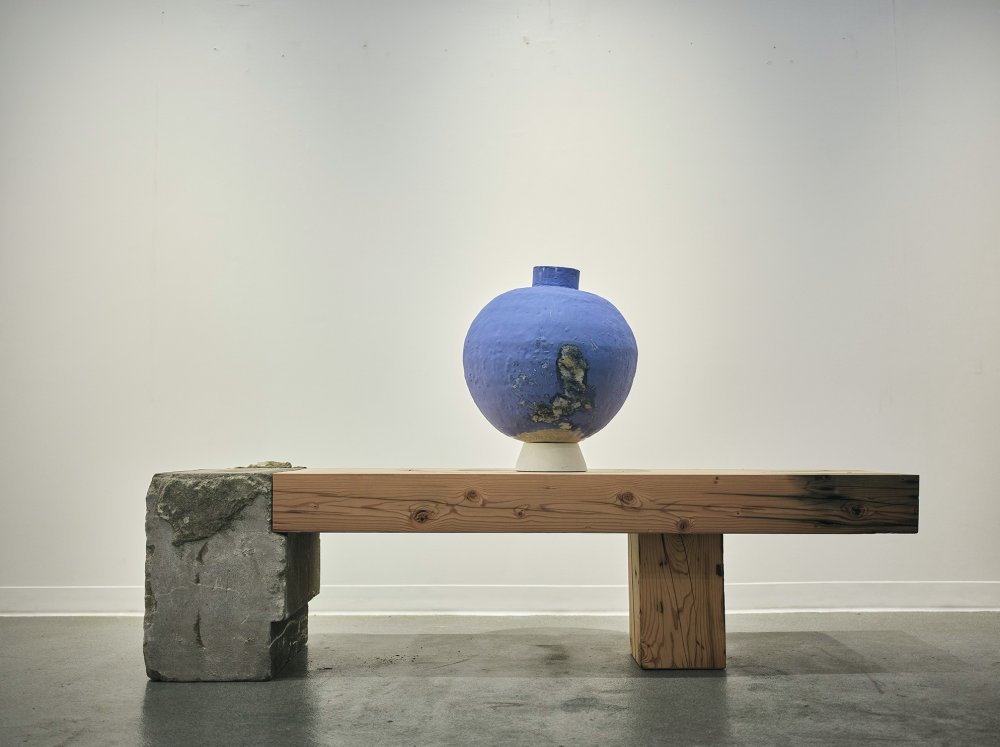 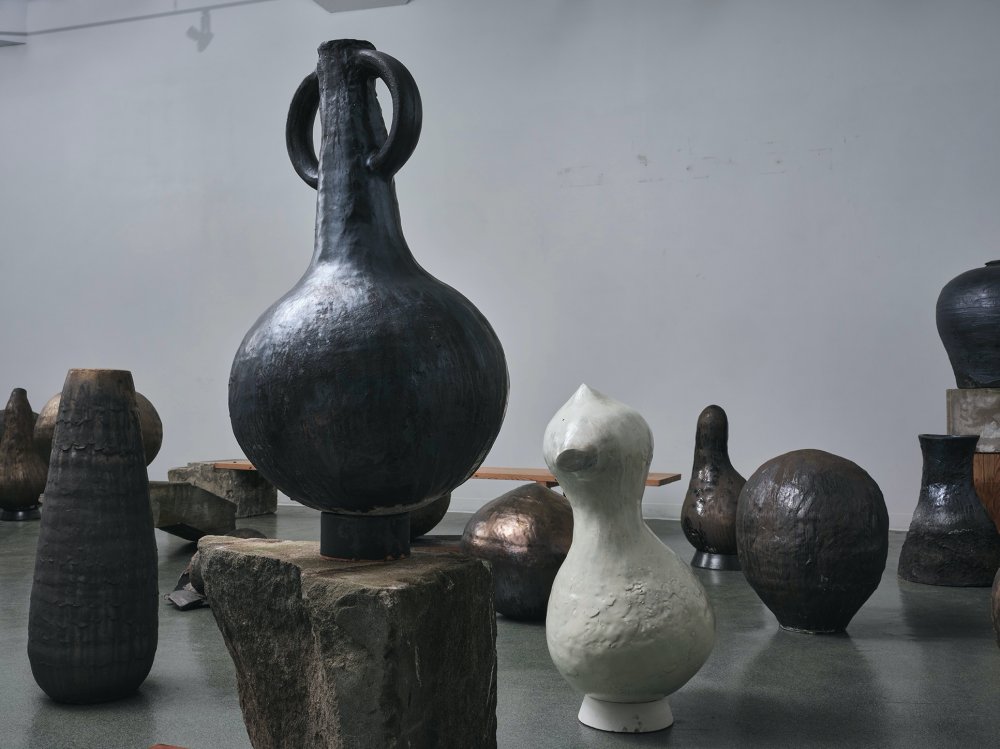 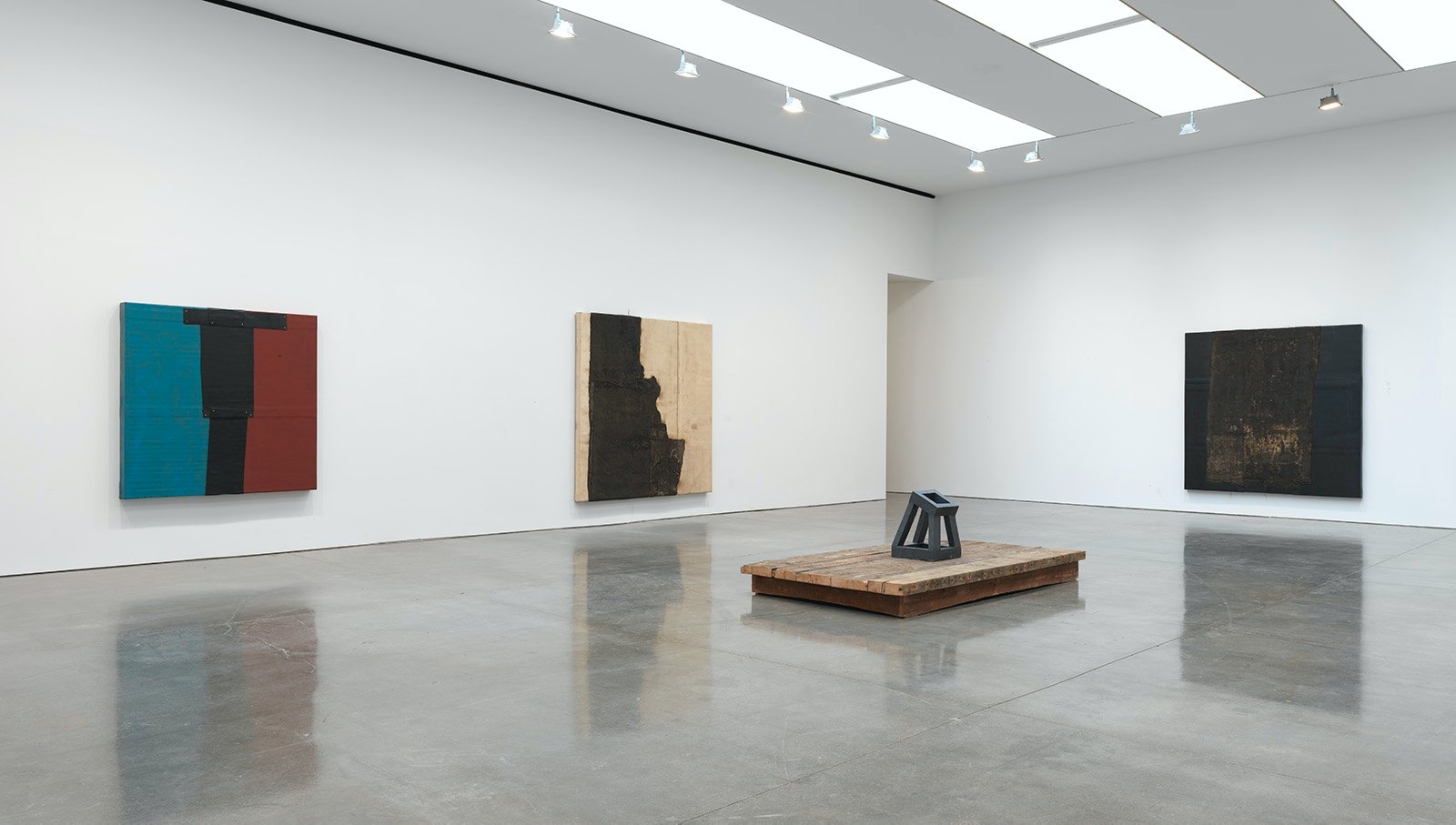 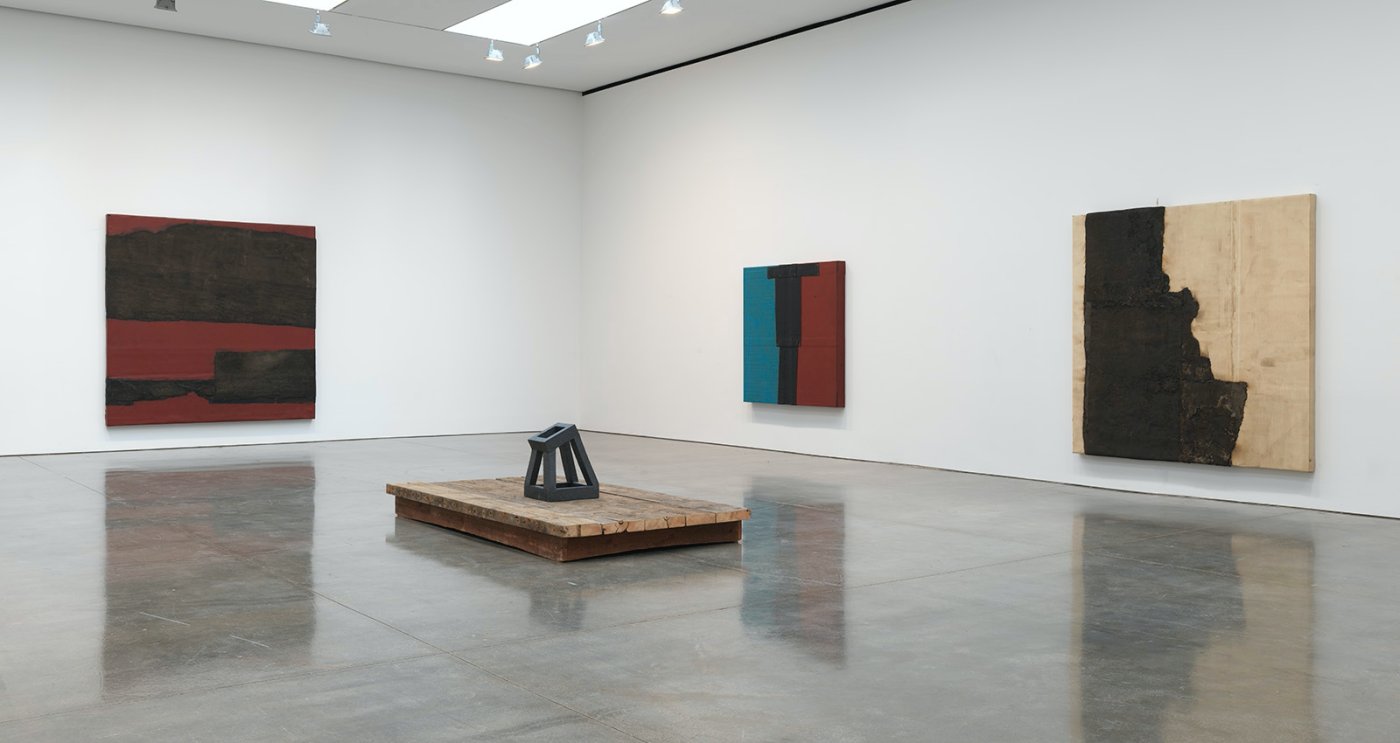 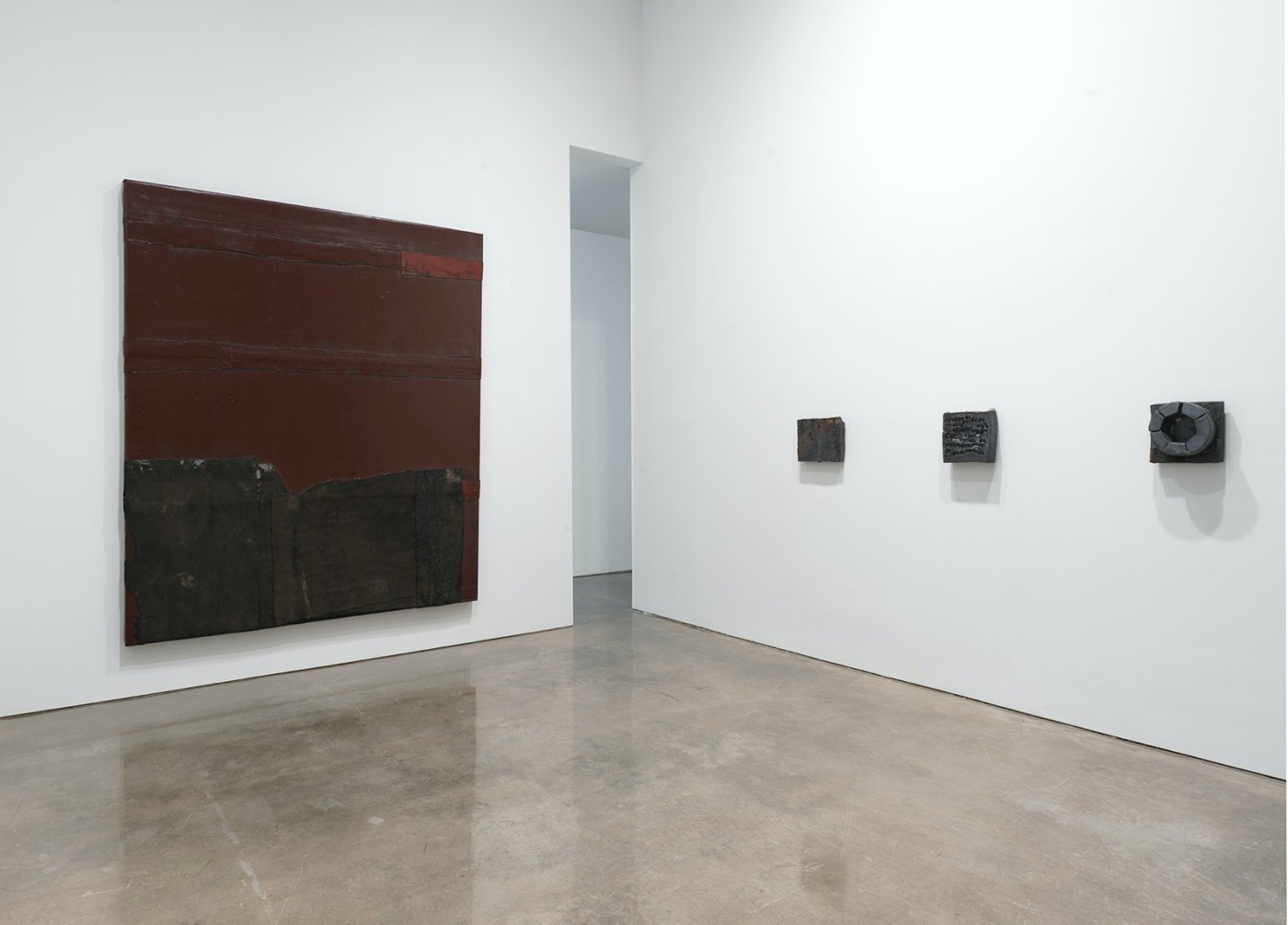 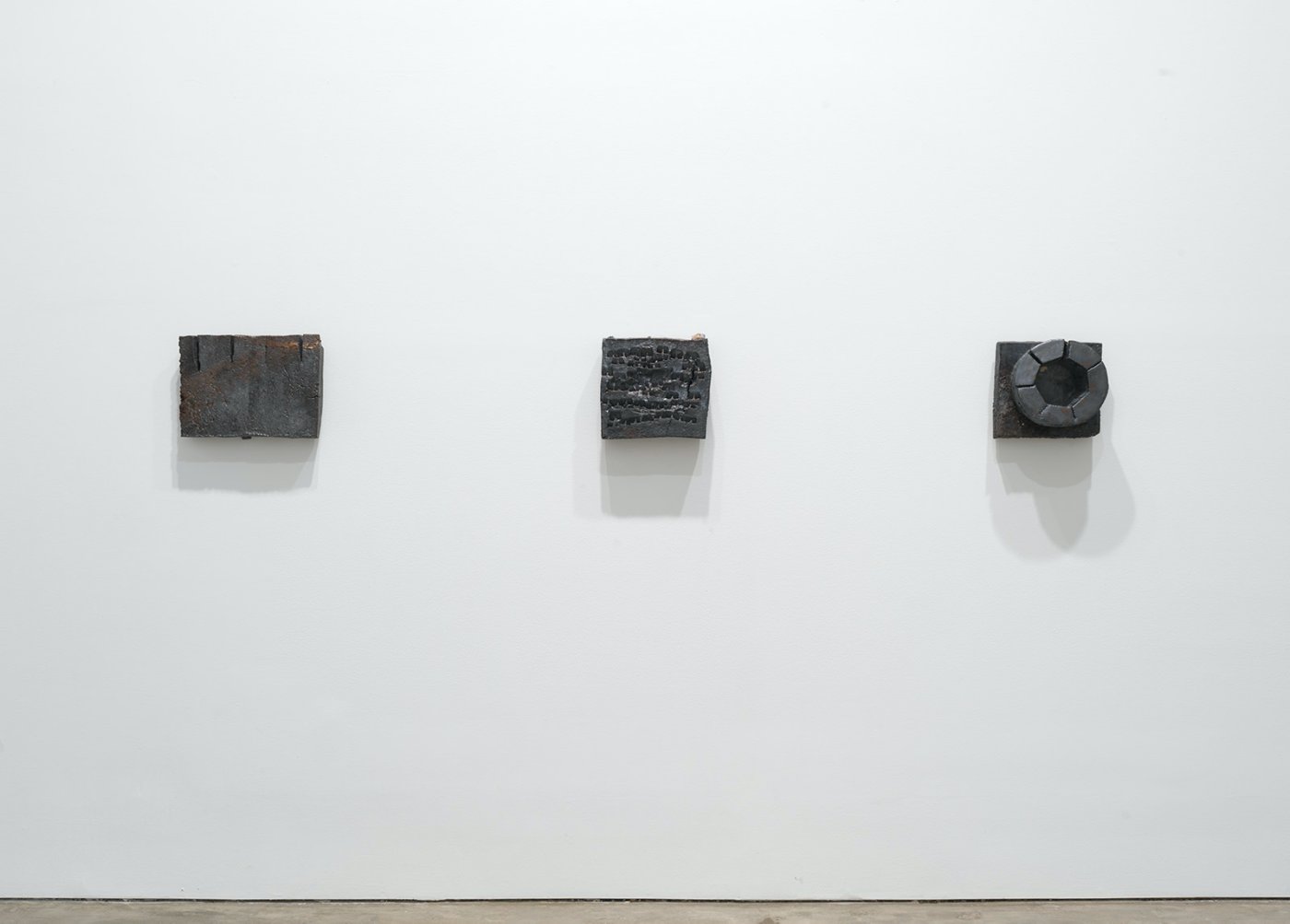 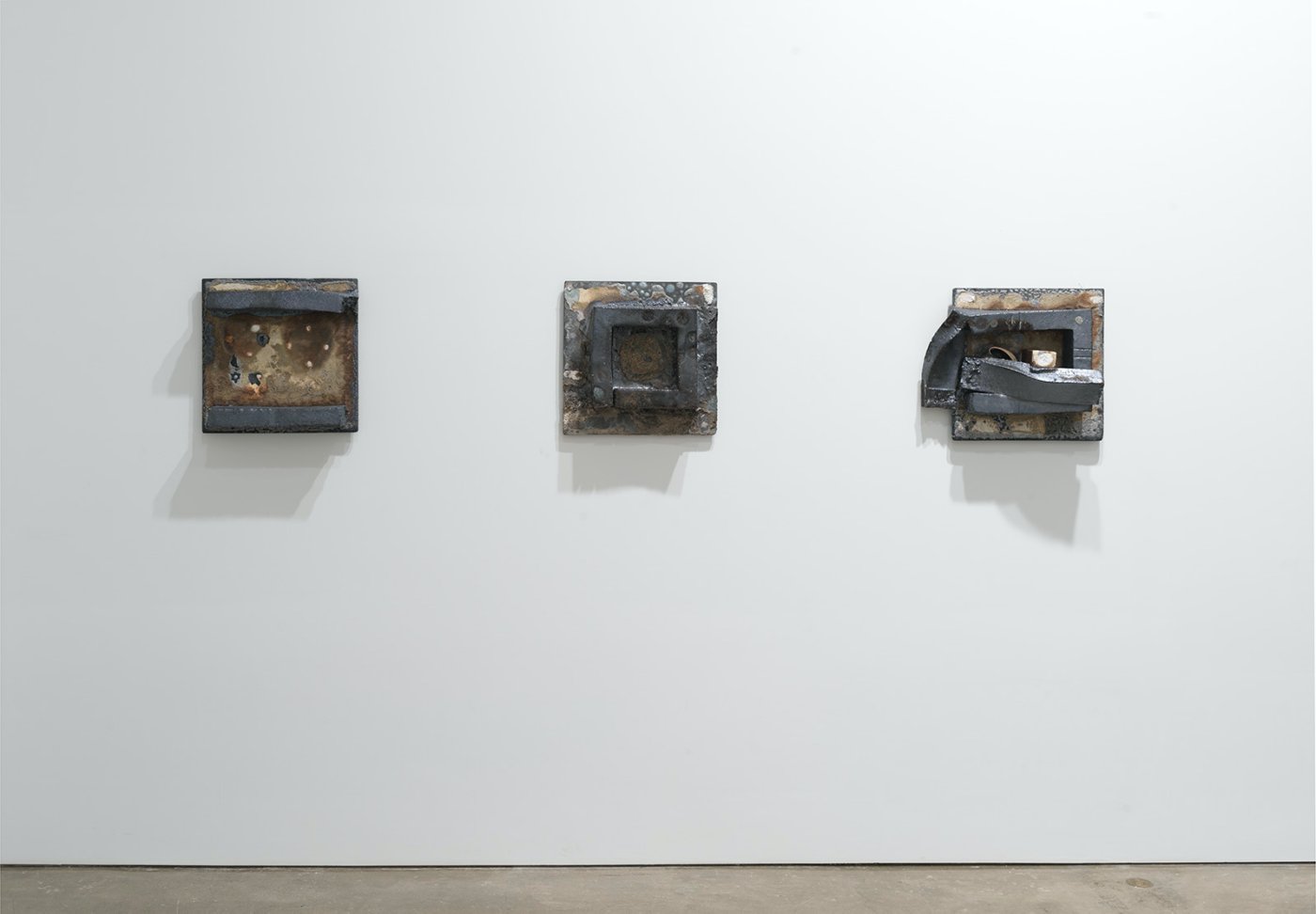 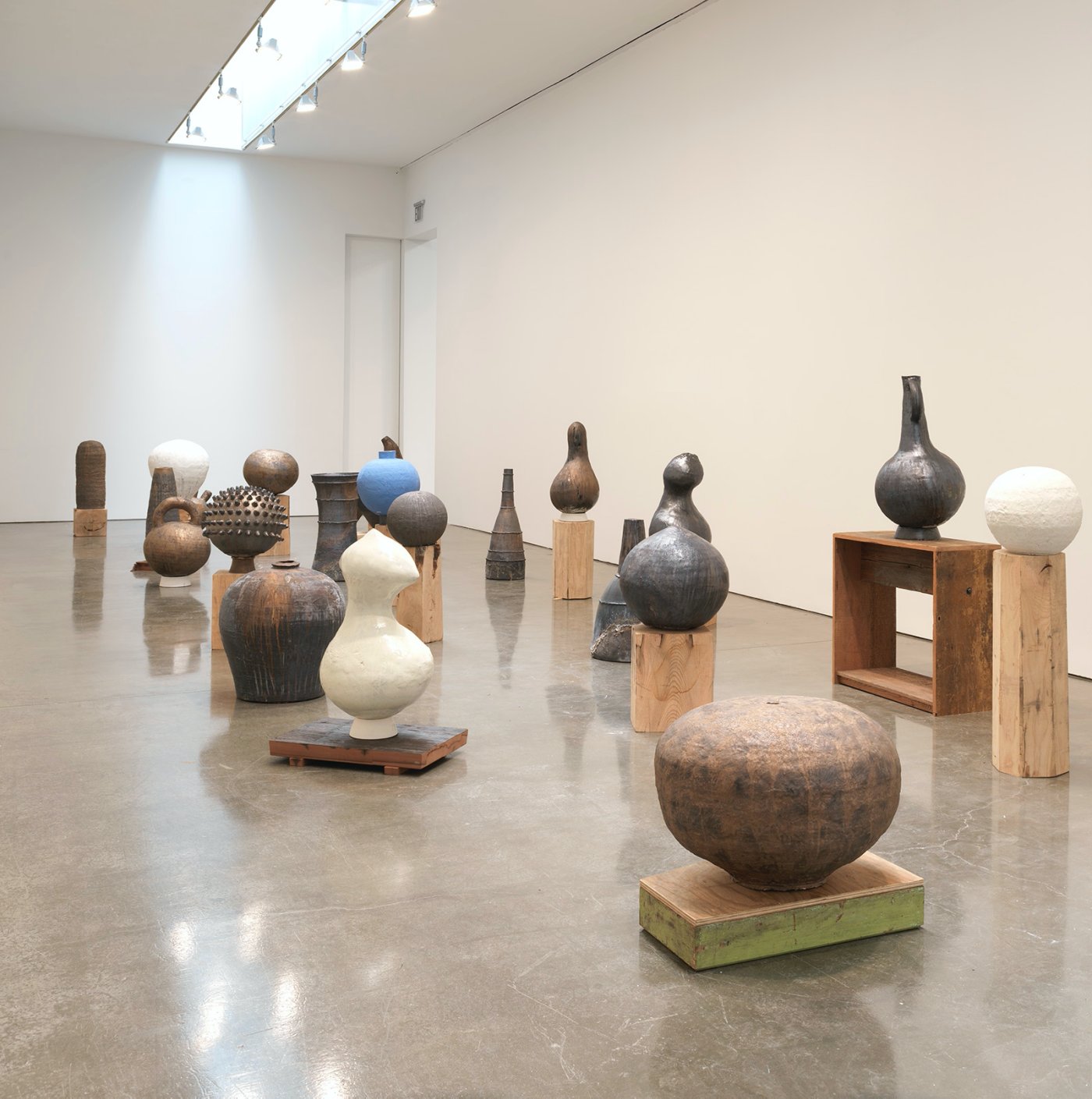 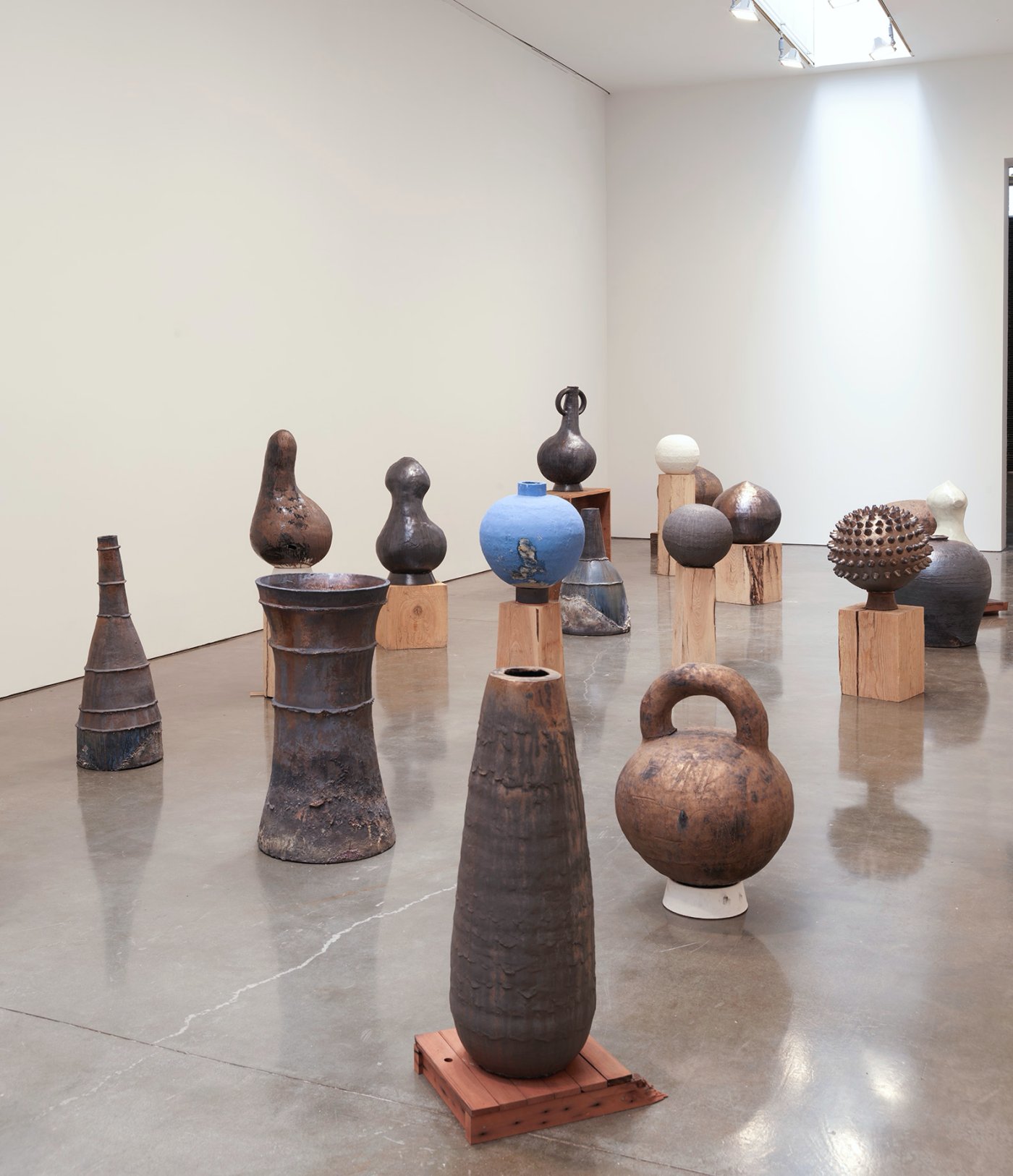 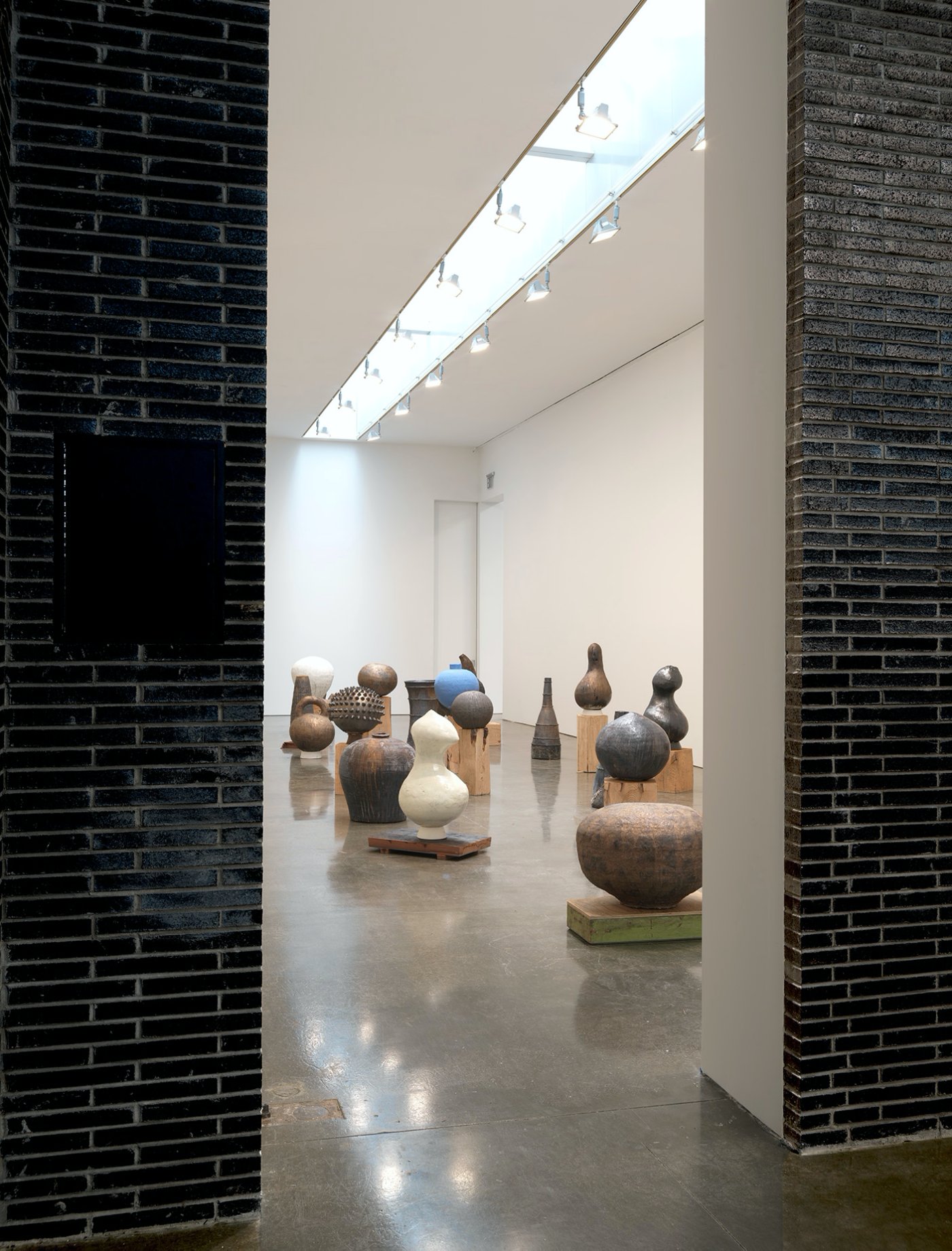 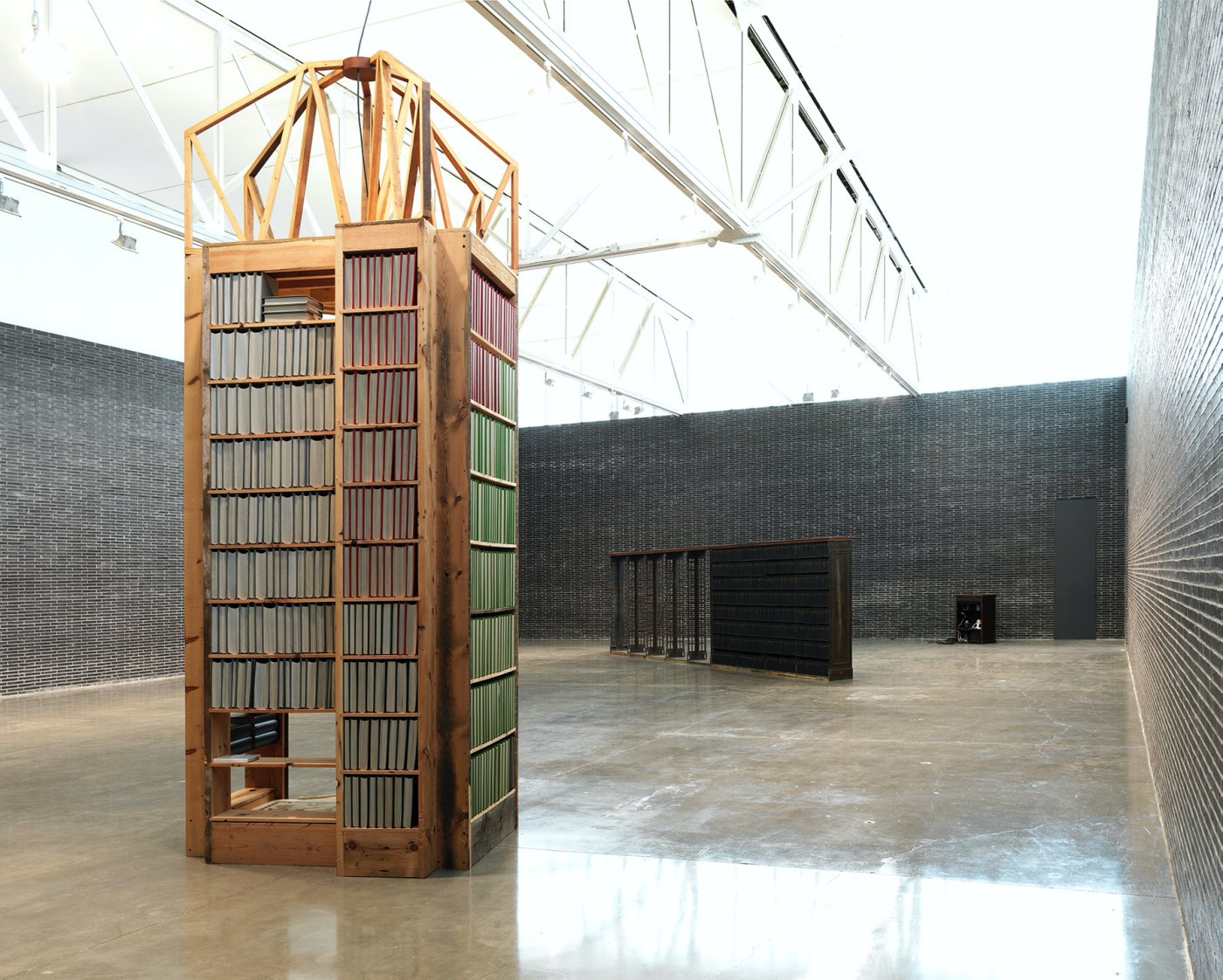 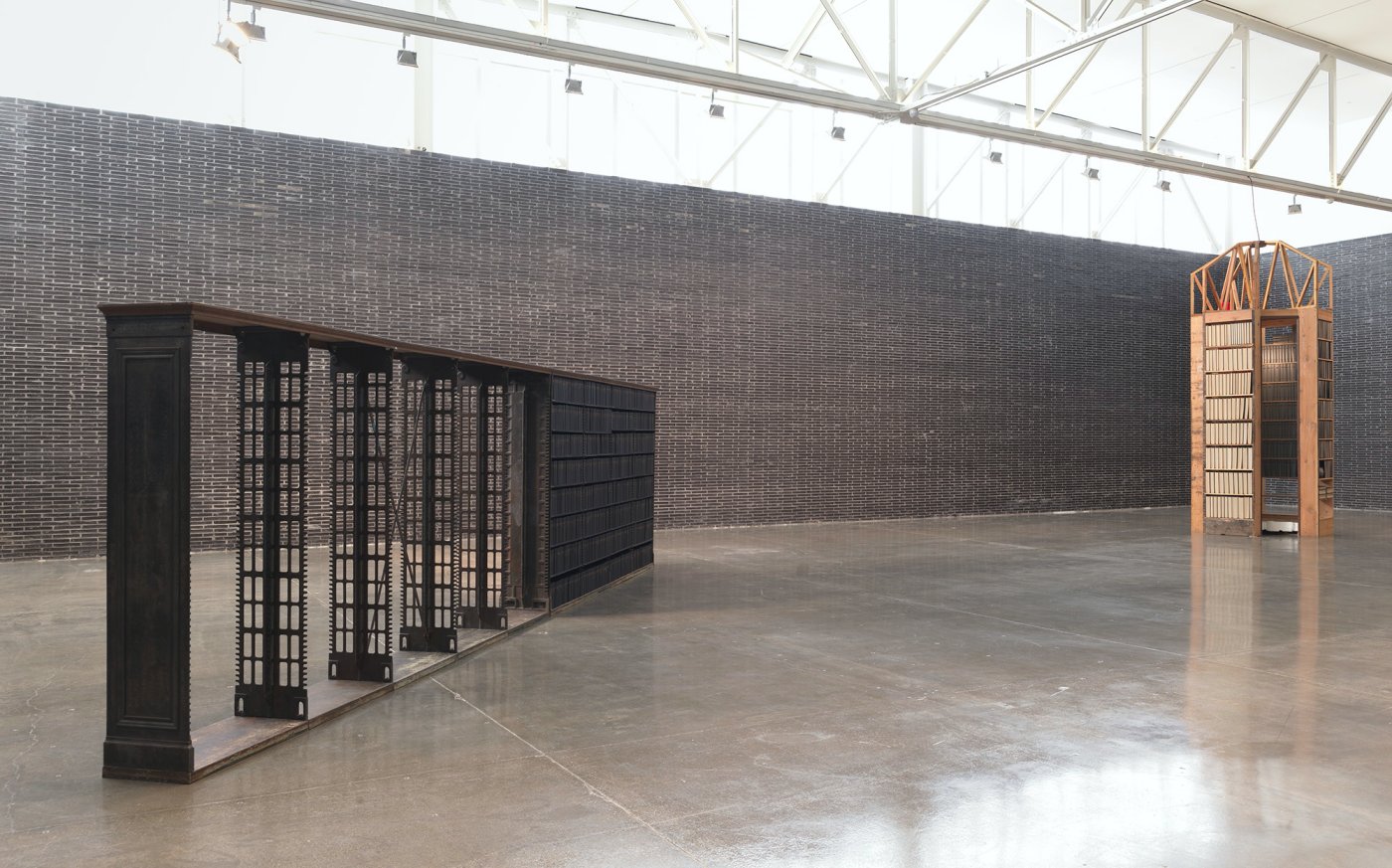 Gates’s oeuvre is among the most conceptually and materially rich in contemporary art, anchored equally in the canons of art history and the racial ideology of the Black diaspora. Through an art practice predicated on cultural reclamation and social empowerment, Gates exchanges and recharges objects and ideas, creating a cyclical ecosystem of renewal. Traversing a broad range of media, from painting, sculpture, sound, and performance to the processes of salvaging, archiving, and space making, he delivers penetrating social commentary on labor, material, spiritual capital, and commodity, within a close examination of the urban condition.

With potent synergies of material and meaning, Gates promotes the vessel as a container of the concrete, the symbolic, and the spiritual—a metaphor for embodied existence and a means by which to gather communities together in time and space. For Gates, who trained as a potter, the ceramic vessel is a universal object of ritual significance. In a new series of unique large-scale works in glazed and fired clay, he unites ancient traditions with modernist aesthetics, drawing elective affinities between Eastern, Western, and African techne.

Inspired by his father’s occupation as a roofer, in 2012 Gates began fusing together sections of torch down and finishing the resulting compositions with enamel paint and tar. For Black Vessel, he has produced a suite of “tar paintings” on a newly imposing scale, some in modulated white, others blocked out in bold, contrasting colors. Just as postwar artists set themselves apart from gestural abstraction by utilizing mass-produced industrial materials and techniques in place of paint and canvas, Gates has imbued abstract painting with new form and meaning, first with the Civil Tapestries that charge Minimalist language with the stuff of racial injustice, and now in raw, elegant, and powerful works that employ the signifying materials and labor methodologies of rigorous building technology.

Throughout his career, Gates has rescued vast collections of Black cultural artifacts—music, books, images, photographs—housing them in restored and repurposed buildings in Chicago, or setting them in circulation throughout the world’s museums. For the Spine works, of which Walking Prayer (2018) is a key example, Gates took periodicals from the legendary Black-owned Johnson Publishing Company—which produced such magazines as Negro Digest (later named Black World) to promote and celebrate Black life—bound them into volumes, and arranged them side by side on running shelves. From one spine to the next, and the next, gilt-embossed titles form a hallowed and poetic invocation, thus proposing the library as a processional and meditative tool and the gallery as a latent warehouse of emotional and spiritual devices.