Black | White | In Between

Black | White | In Between

Sélavy by Di Donna presents the Summer Salon: Black | White | In Between, which features masterworks of art and design in a primarily monochromatic palette punctuated by shocks of color. This is the third presentation from Sélavy by Di Donna, a shoppable online salon of art and design with a storefront vitrine in Southampton. All objects in the Summer Salon are fully available to explore and purchase instantly online at selavy.com and in person at 30 Jobs Lane in Southampton. 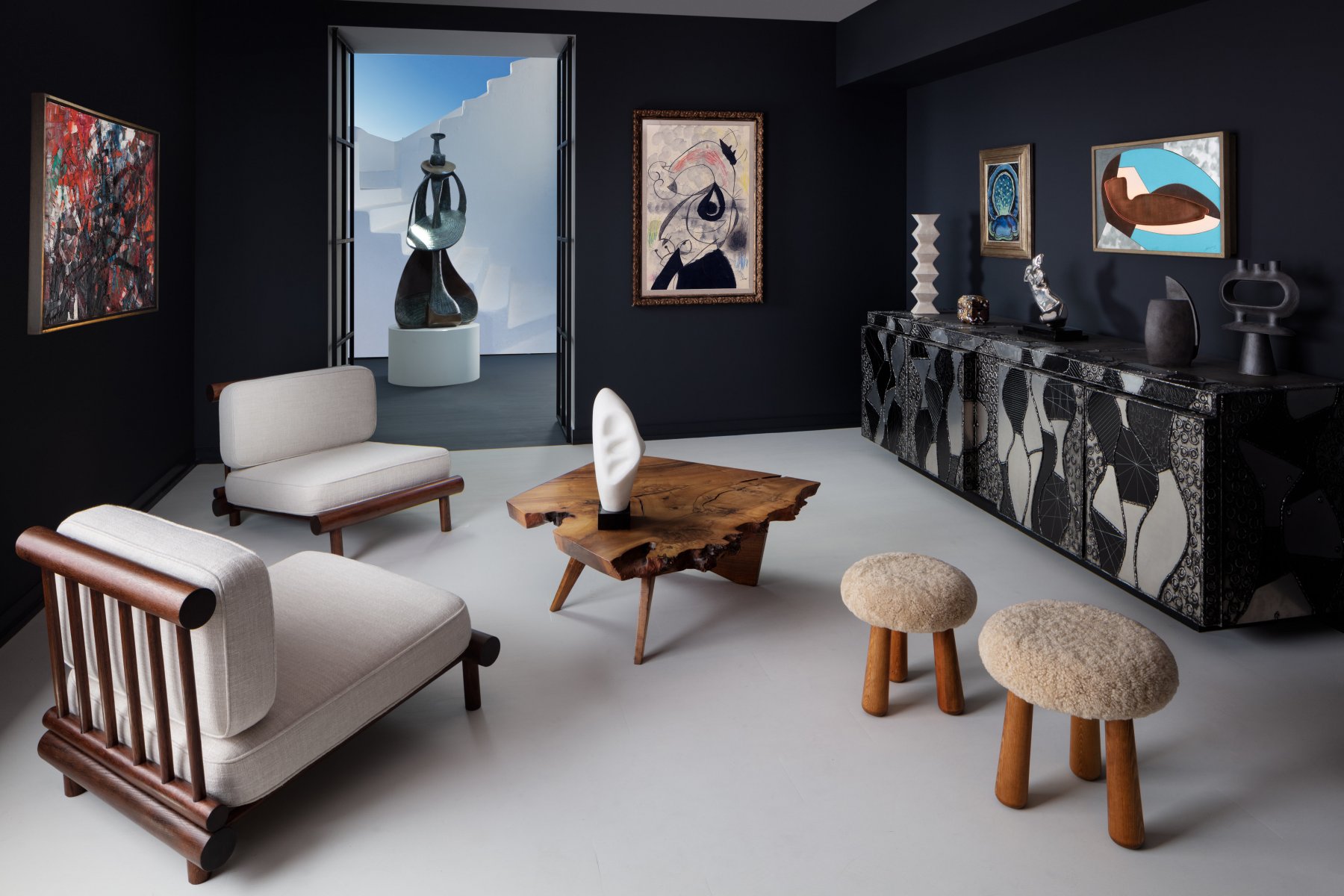 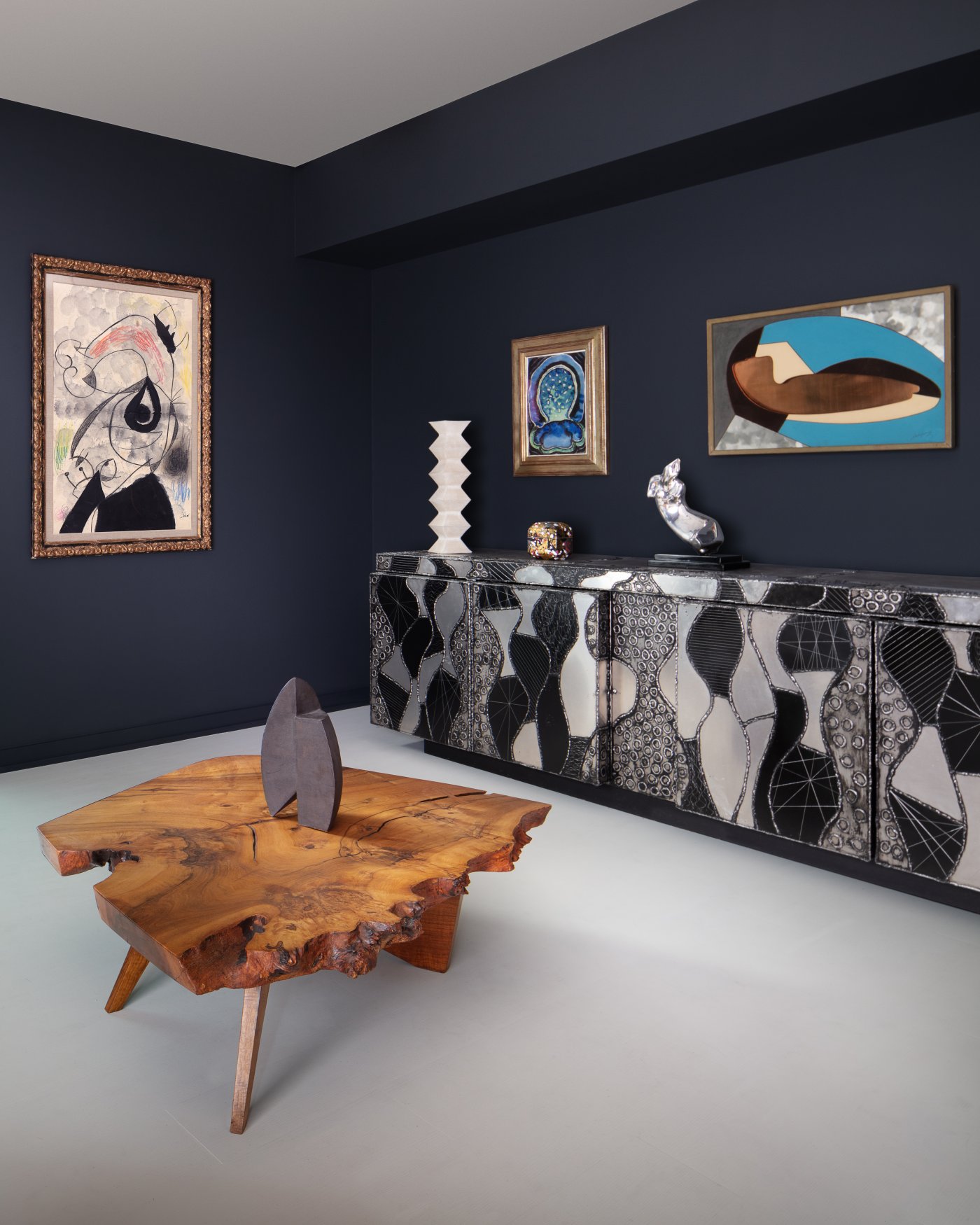 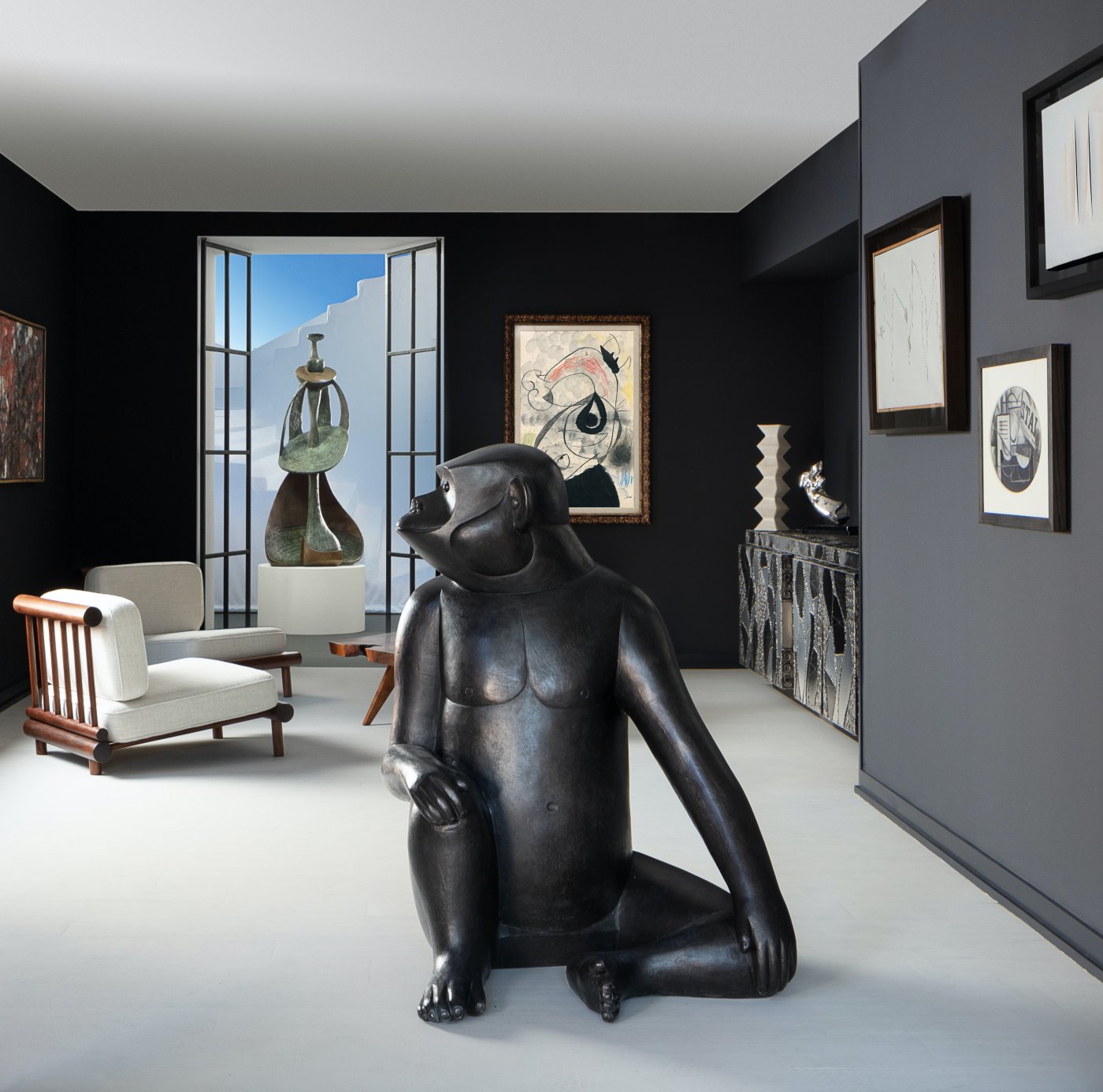 Black | White | In Between embodies the spirit of Sélavy by Di Donna: a curated vignette that combines blue-chip works across time periods, mediums, and cultures with modern design items. Works by Alexander Archipenko, Giacomo Balla, Paul Delvaux, Lucio Fontana, Georgia O’Keeffe, Ellsworth Kelly, Pablo Picasso, and Adam Pendleton, will be styled with design items by Louis Cane, Ingrid Donat, Paul Evans, Rogan Gregory, François-Xavier Lalanne, George Nakashima, and Jean Prouvé, among others, in a striking black and white interior. It exemplifies the eclectic vision of a sophisticated collector, juxtaposing Surrealist, modern, and contemporary paintings, prime examples of American and European mid-century modern design, and whimsical objets d’art by some of the most influential artists of the past century. Prices range from $7,000 to over $4 million, with pricing and complete object information available online.

Highlights of Black | White | In Between include:
Alexander Archipenko’s bronze sculpture Queen of Sheba (1961/1987), which epitomizes the artist’s career-long quest for a timeless, ideal representation of the female form.

Giacomo Balla’s painting Linee forze di mare – rosa (1919), in which bright, undulating waves crest and buoy curvilinear sails along the horizon, within a painted artist’s frame. The work is an exaltation of both the vitality of the sea and the core tenets of Futurism: dynamism, speed, and progress.

George Braque’s double-sided work on paper Guitare et journal: STAL / Femme à la mandoline (1913), which is notable for its paradigmatic early Cubist style and its exemplification of the personal and professional relationship between the movement’s founders, Braque and Picasso. The front is a still life of a guitar and newspaper, while the reverse side of the work references the iconography of Picasso’s painting Jeune fille à la mandoline, in the collection of the Museum of Modern Art, New York.

Adam Pendelton’s monumental painting Black Dada (D) (2013), made by photocopying reproductions of Sol LeWitt’s Incomplete Open Cubes, which are then cropped and enlarged, transforming the images into abstract shapes, paired with capital letters drawn from the words BLACK DADA—Pendleton’s artistic philosophy. Pendleton will have a solo exhibition at the Museum of Modern Art, New York, in September 2021.

A rare Ingrid Donat floor lamp, Lampadaire Buste de femme (2006), in black patinated bronze depicting a bust of a woman. It includes a lampshade made of sculpted wood and parchment.

Rogan Gregory’s shaggy “Gorilla” chairs and matching ottoman (2021), made of shearling and bronze.

François-Xavier Lalanne’s life-sized bronze monkey, Singe Avisé (Grand), which is emblematic of the artist’s singular approach, blending the stylized features of ancient Egyptian and Assyrian art with simplified forms of modernism in a novel exploration of the animal kingdom.