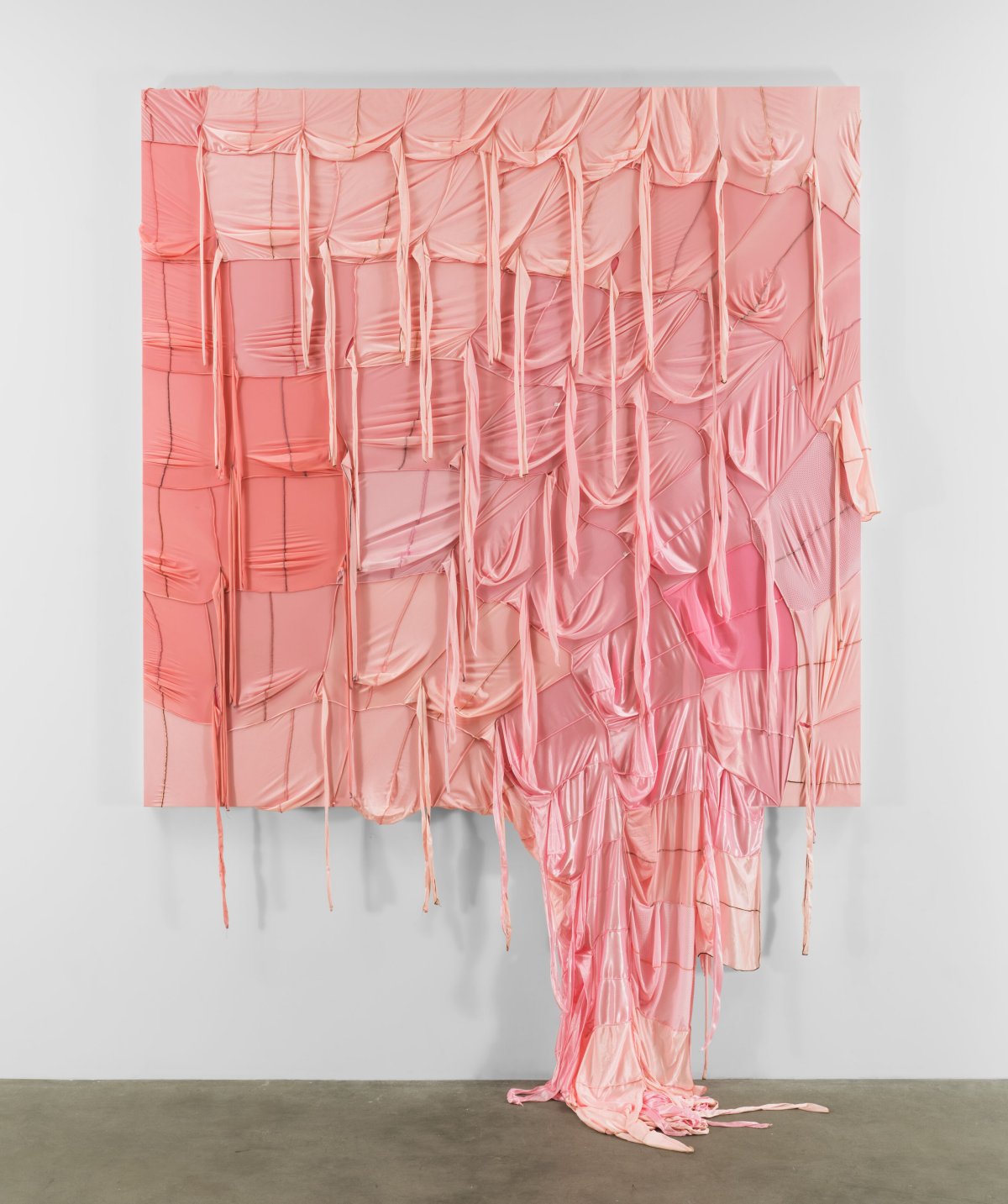 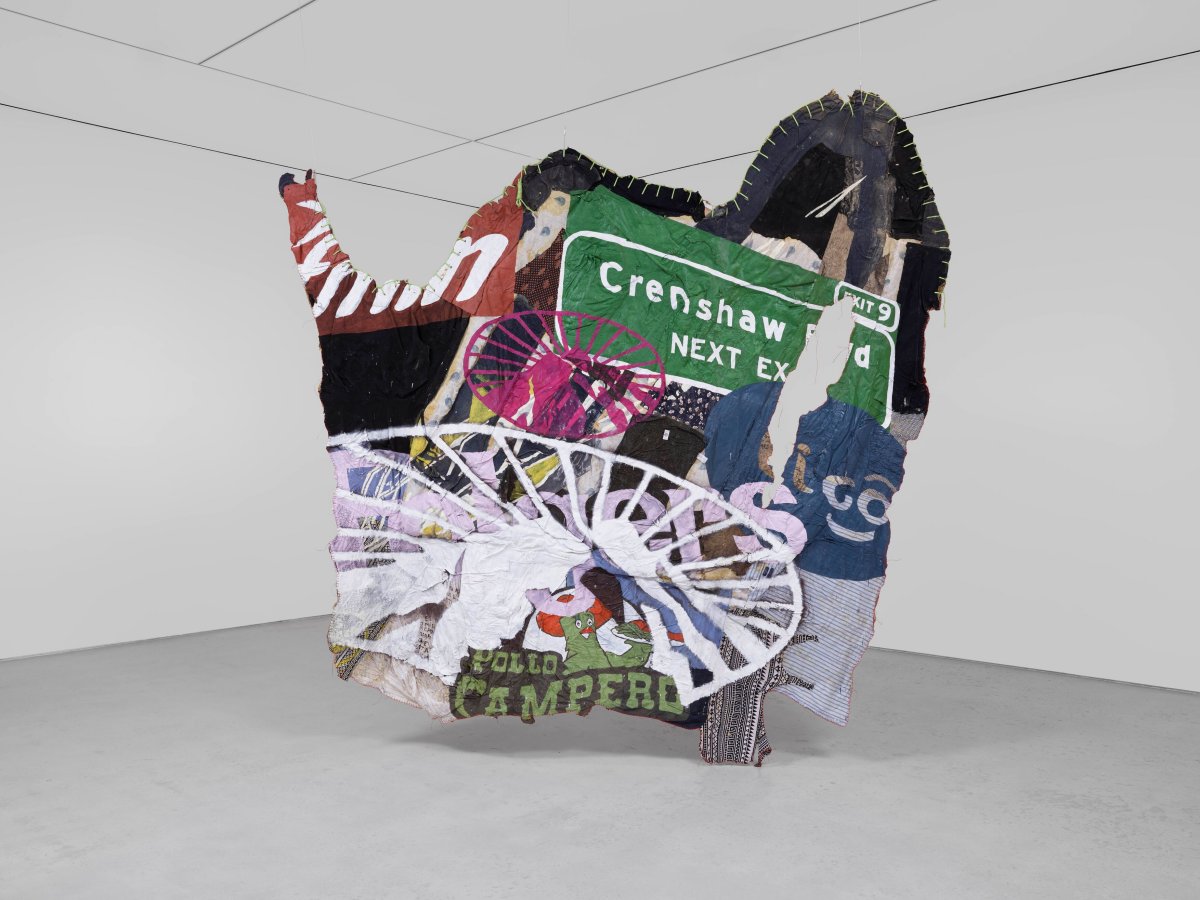 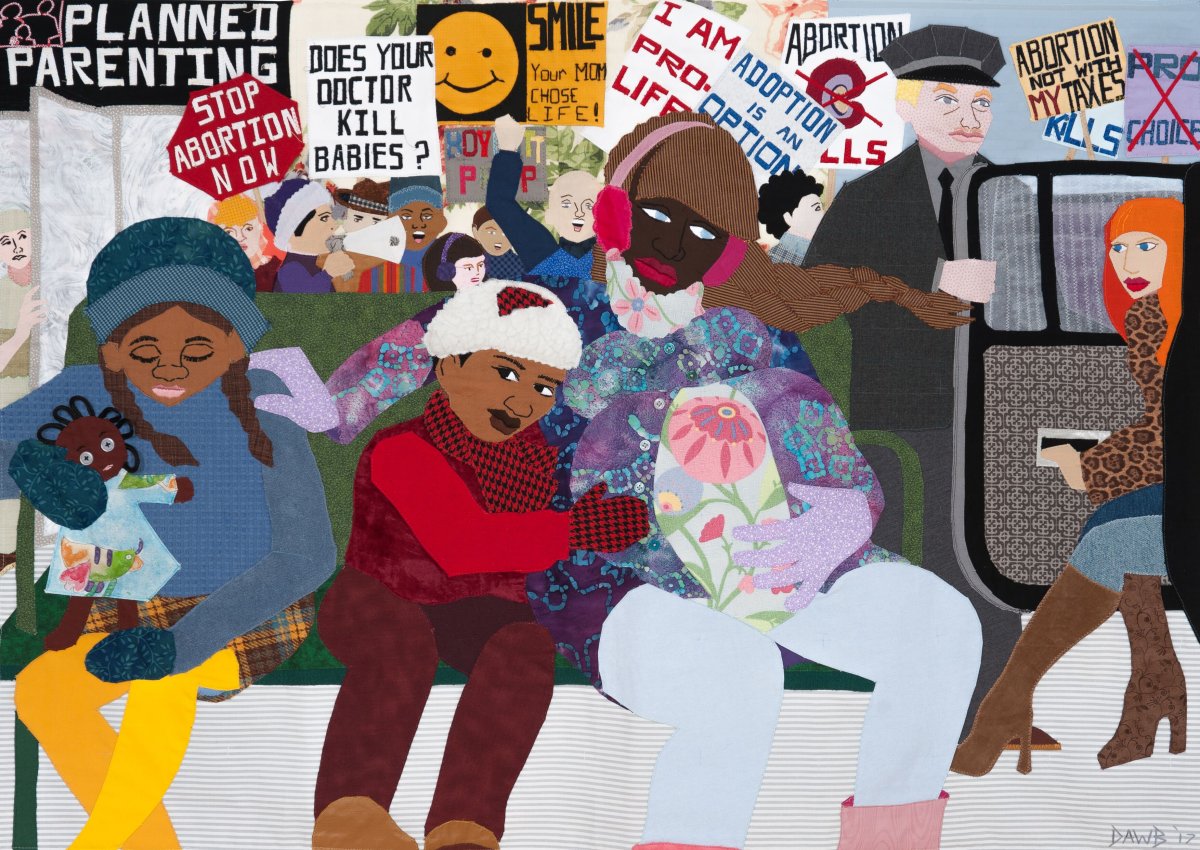 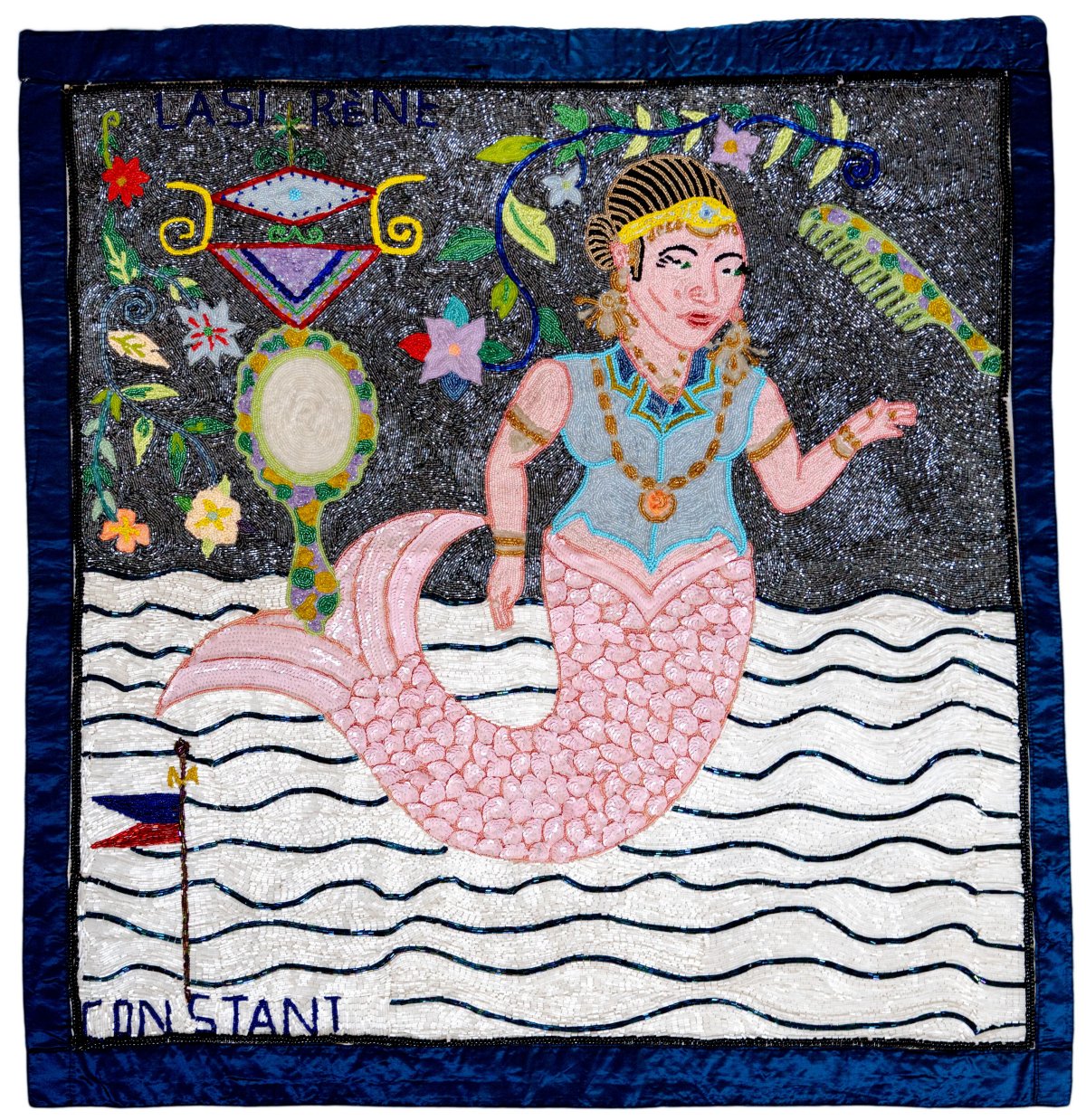 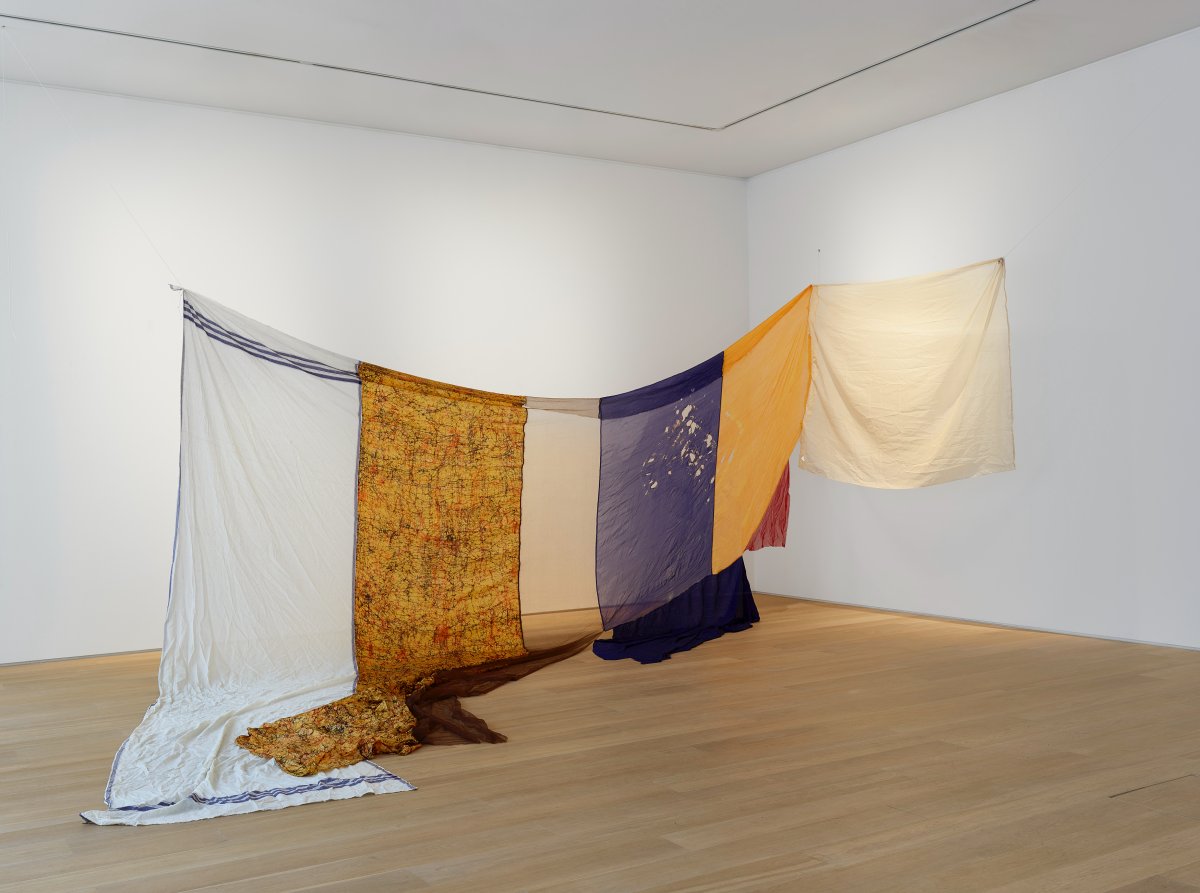 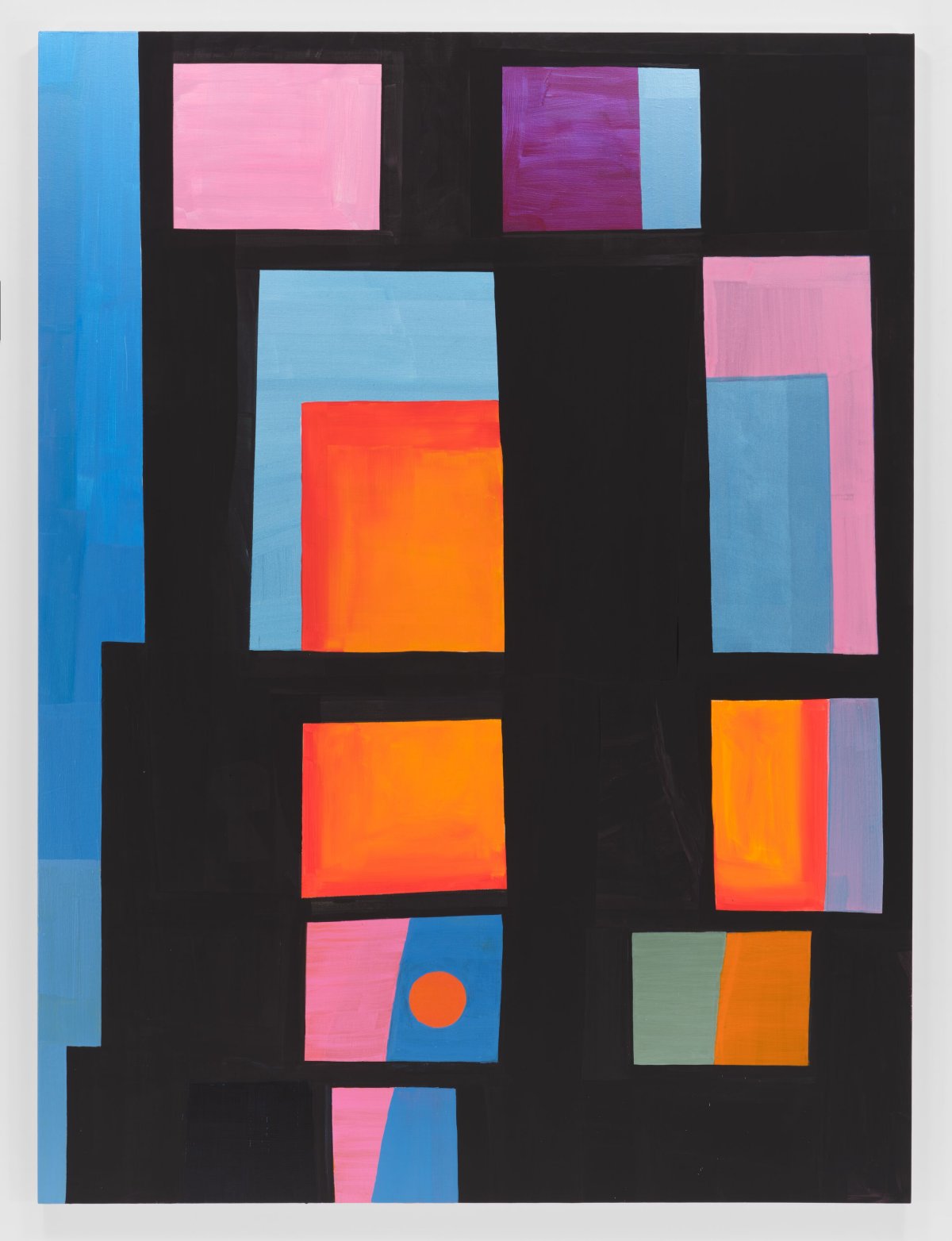 Sojourner Truth Parsons
This is not that, 2022 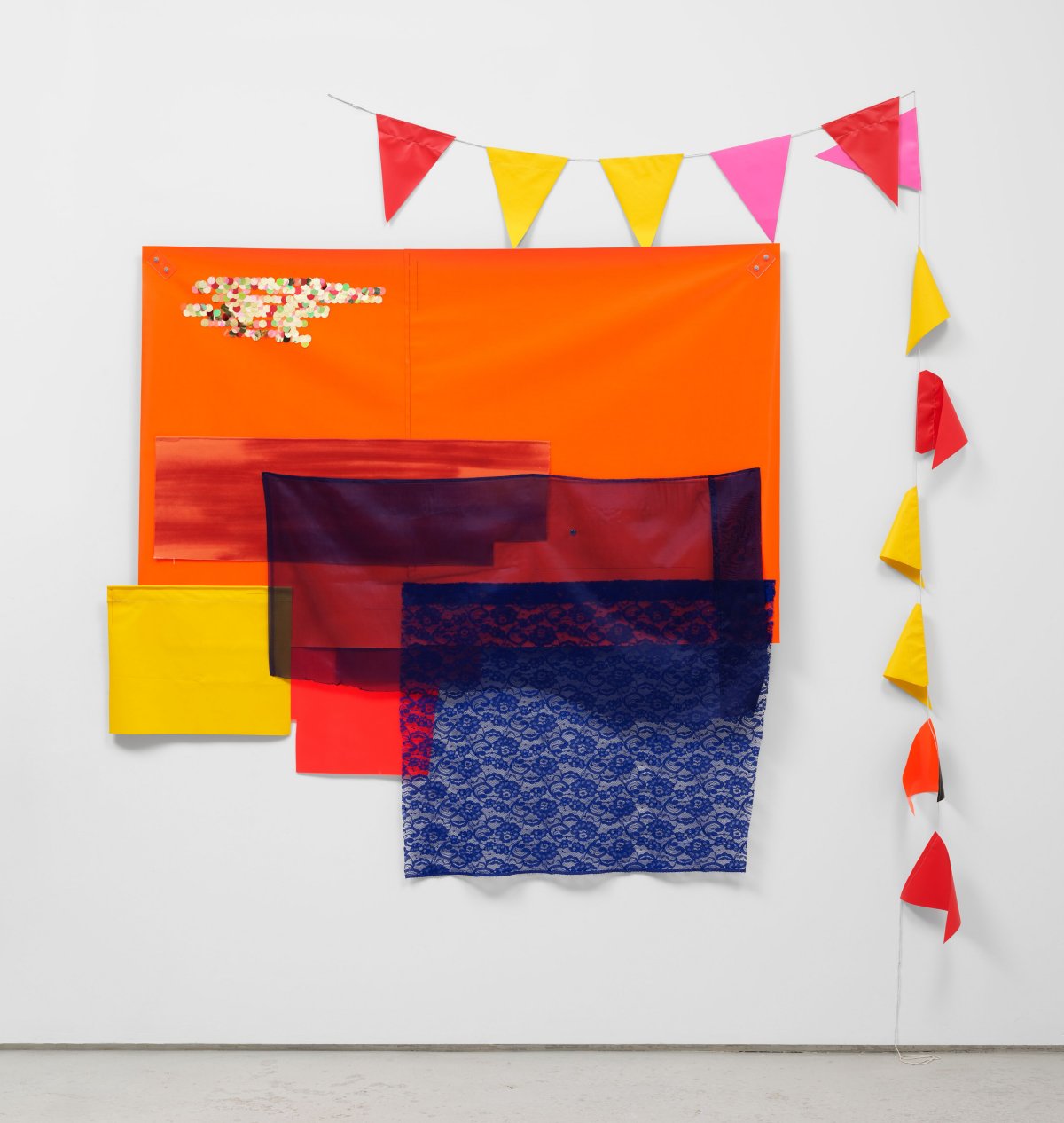 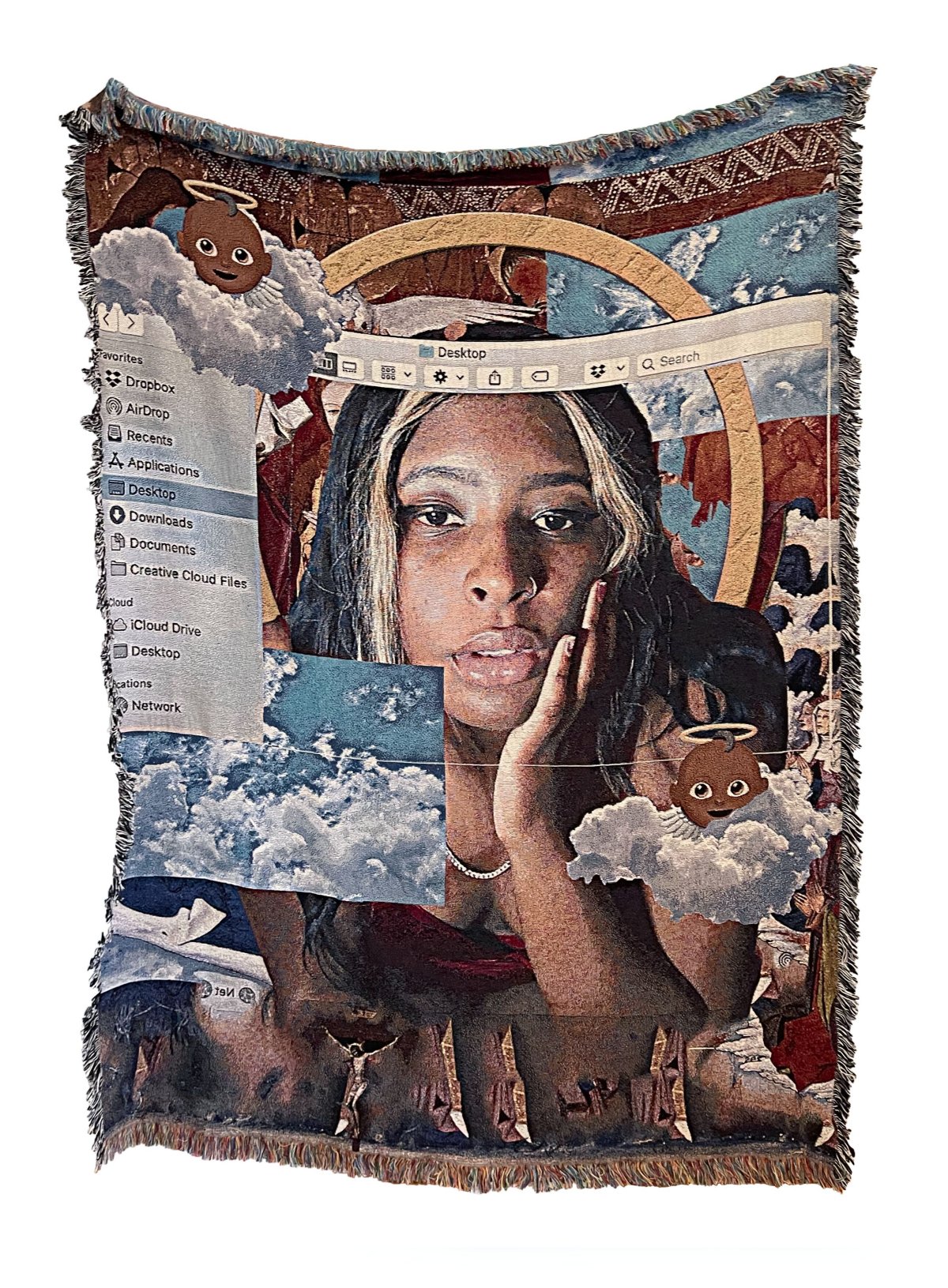 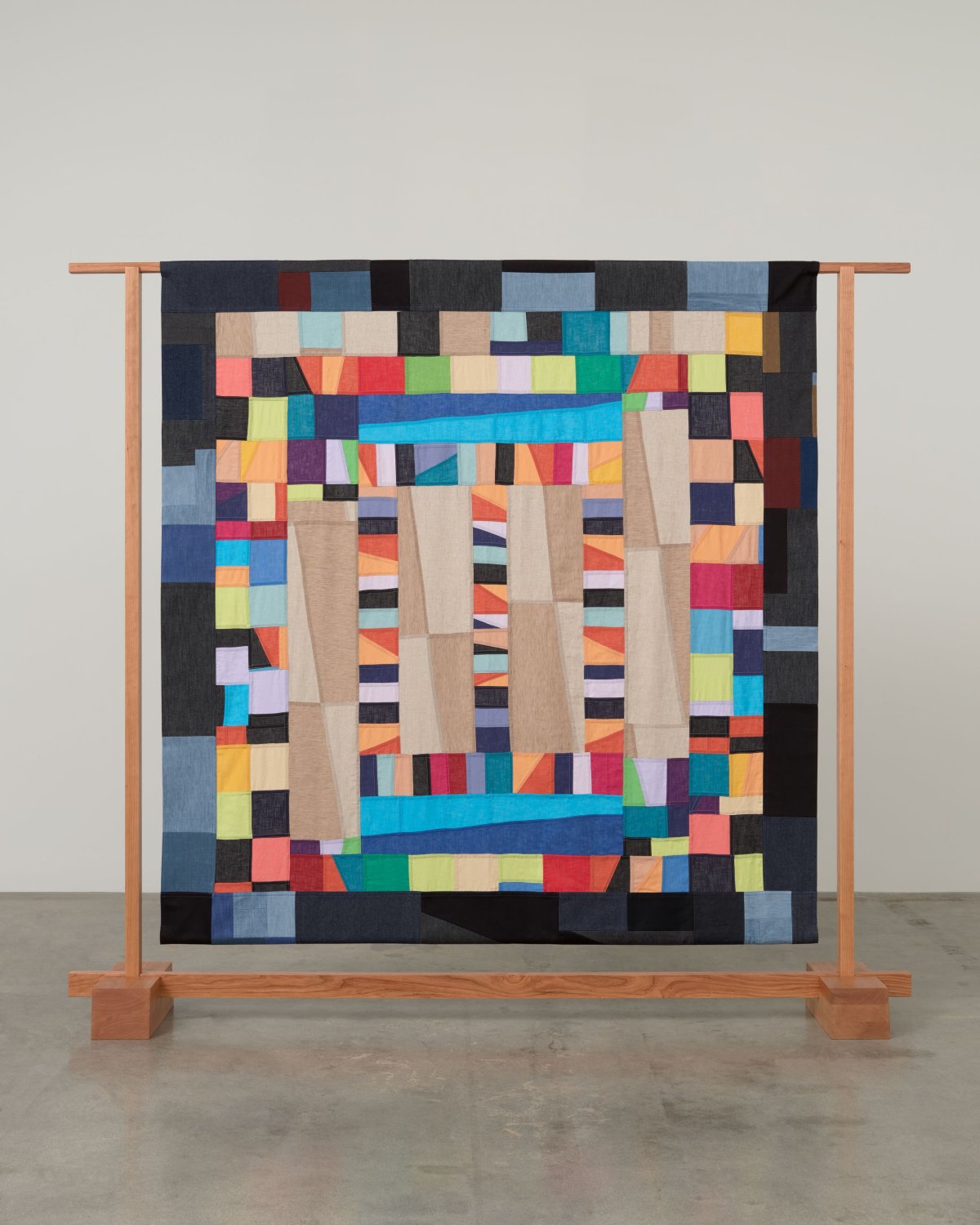 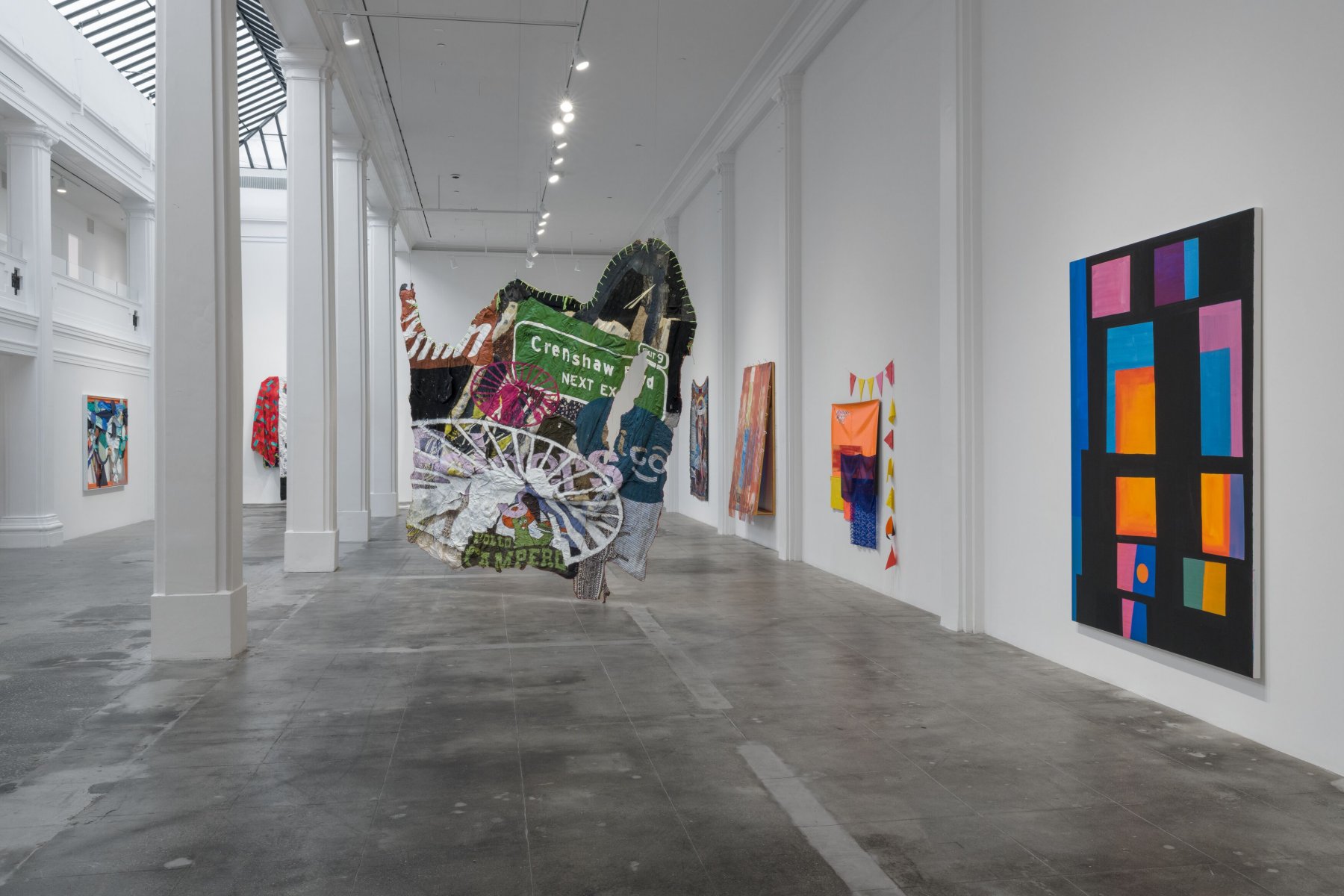 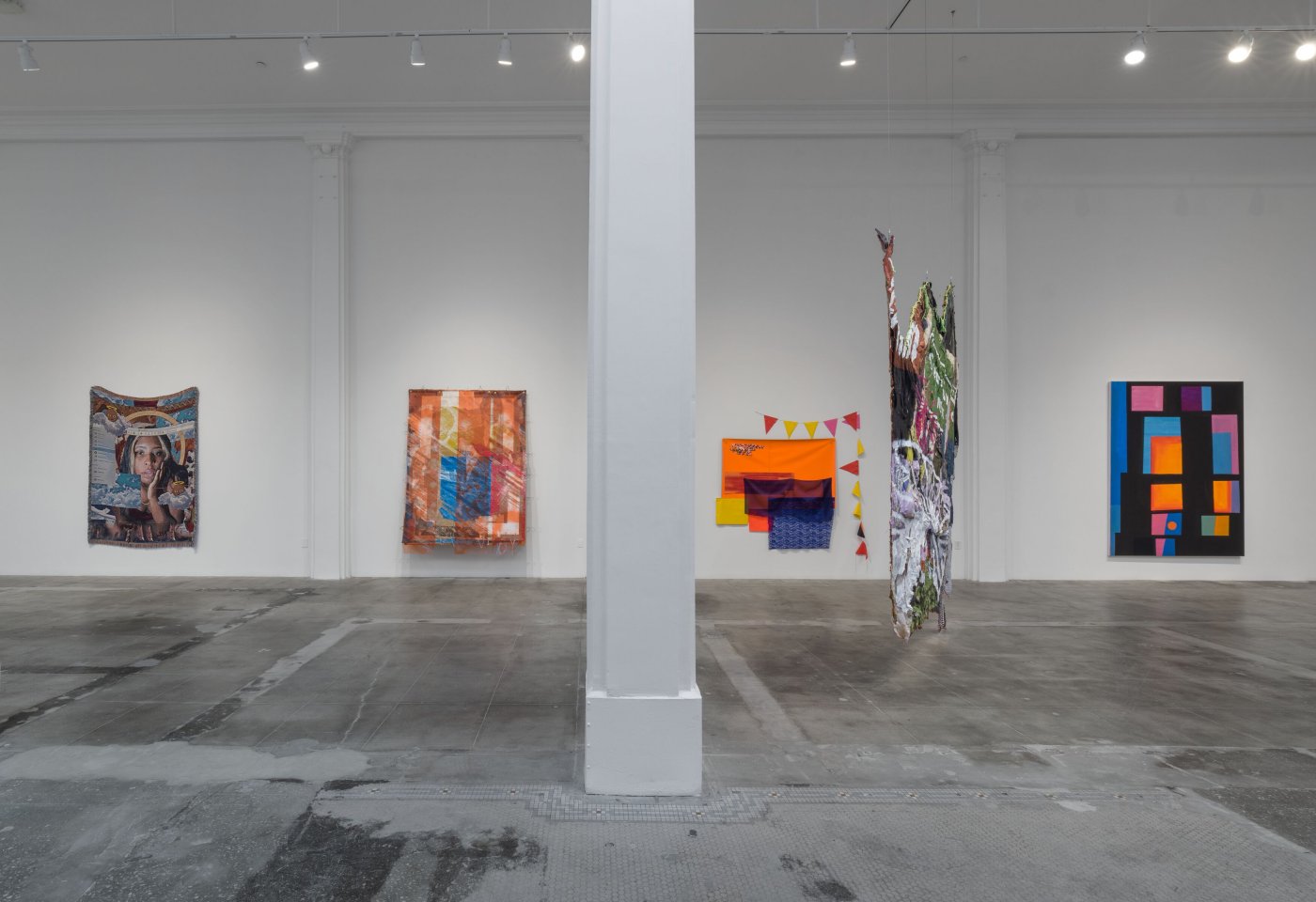 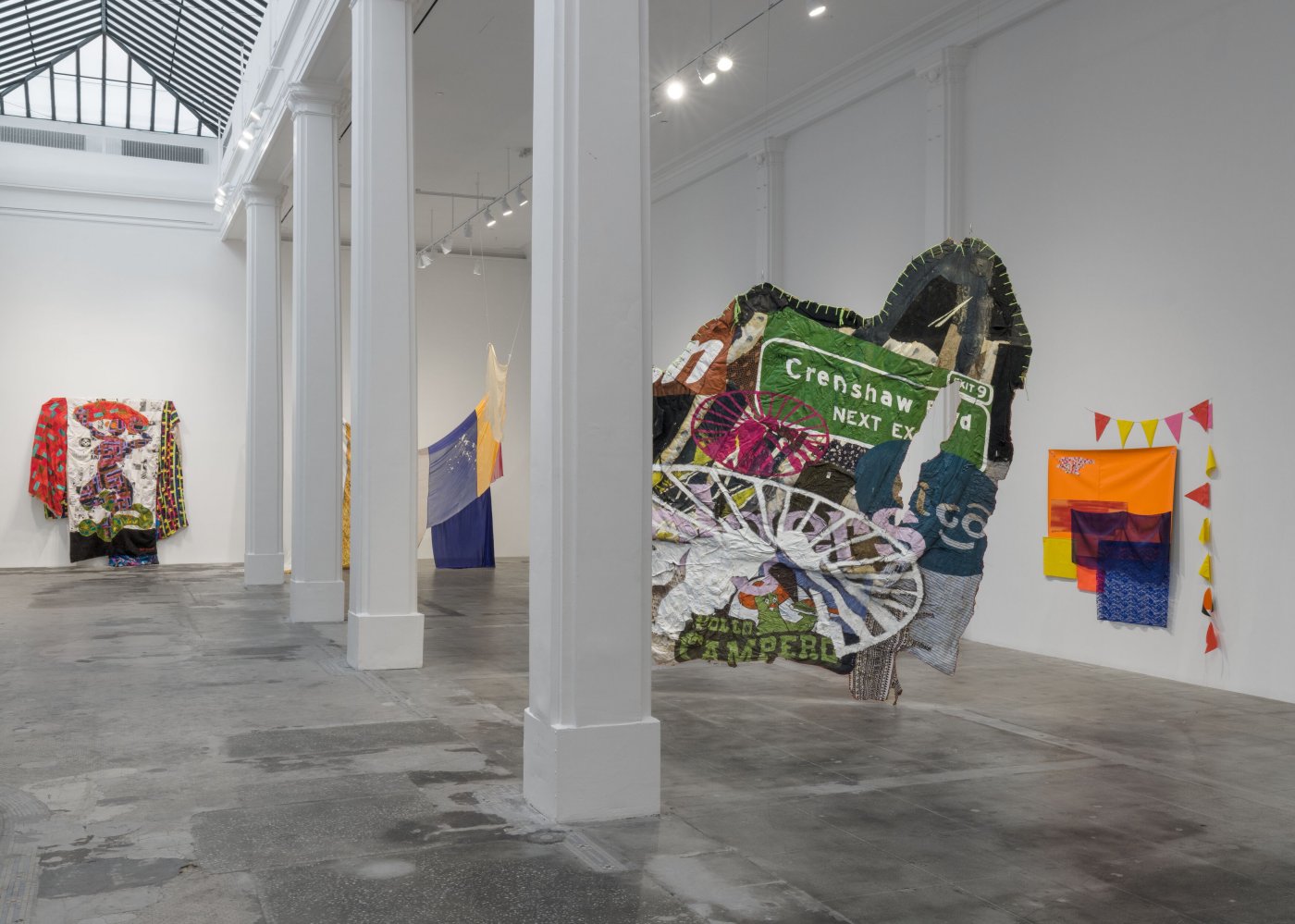 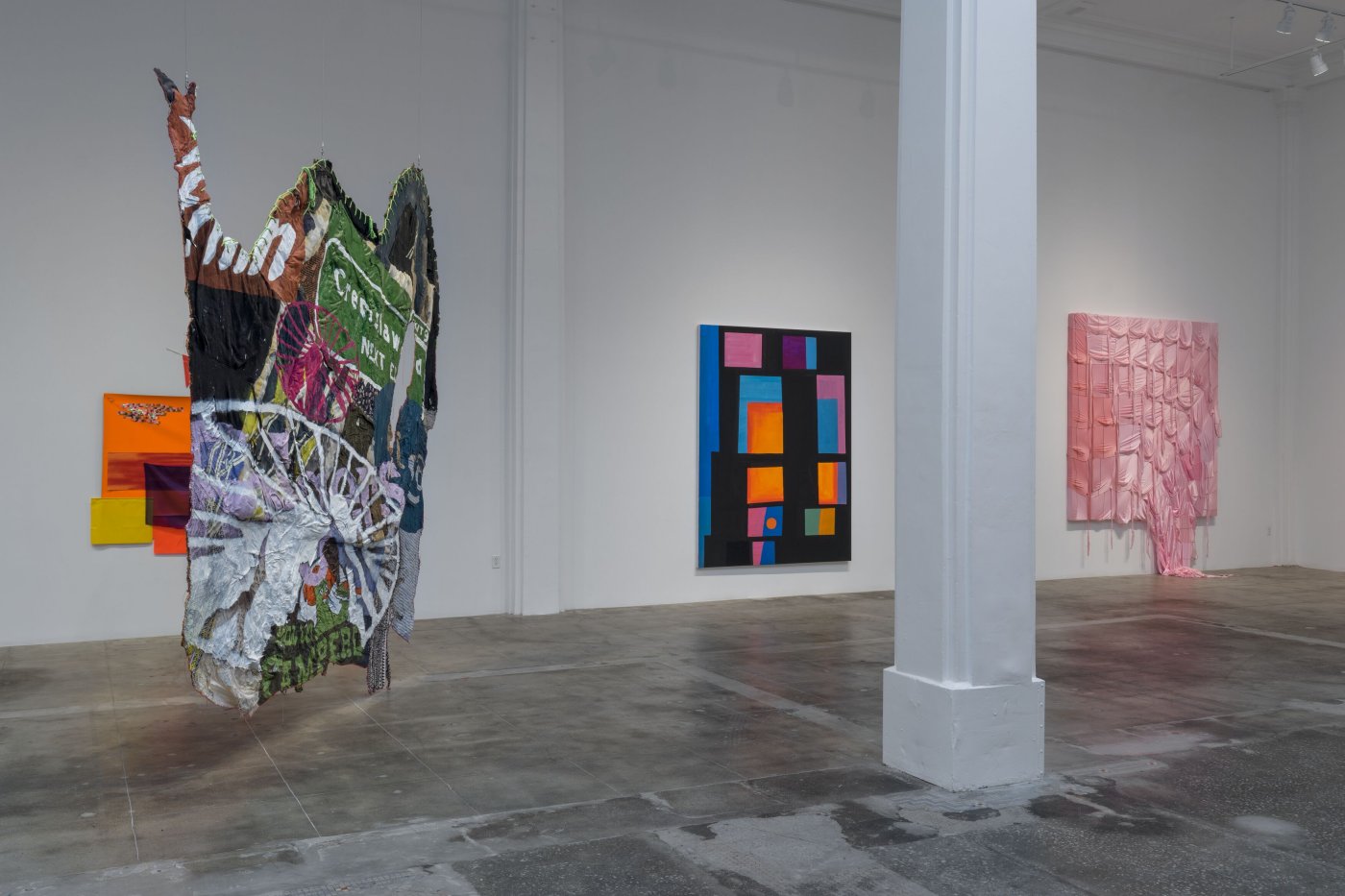 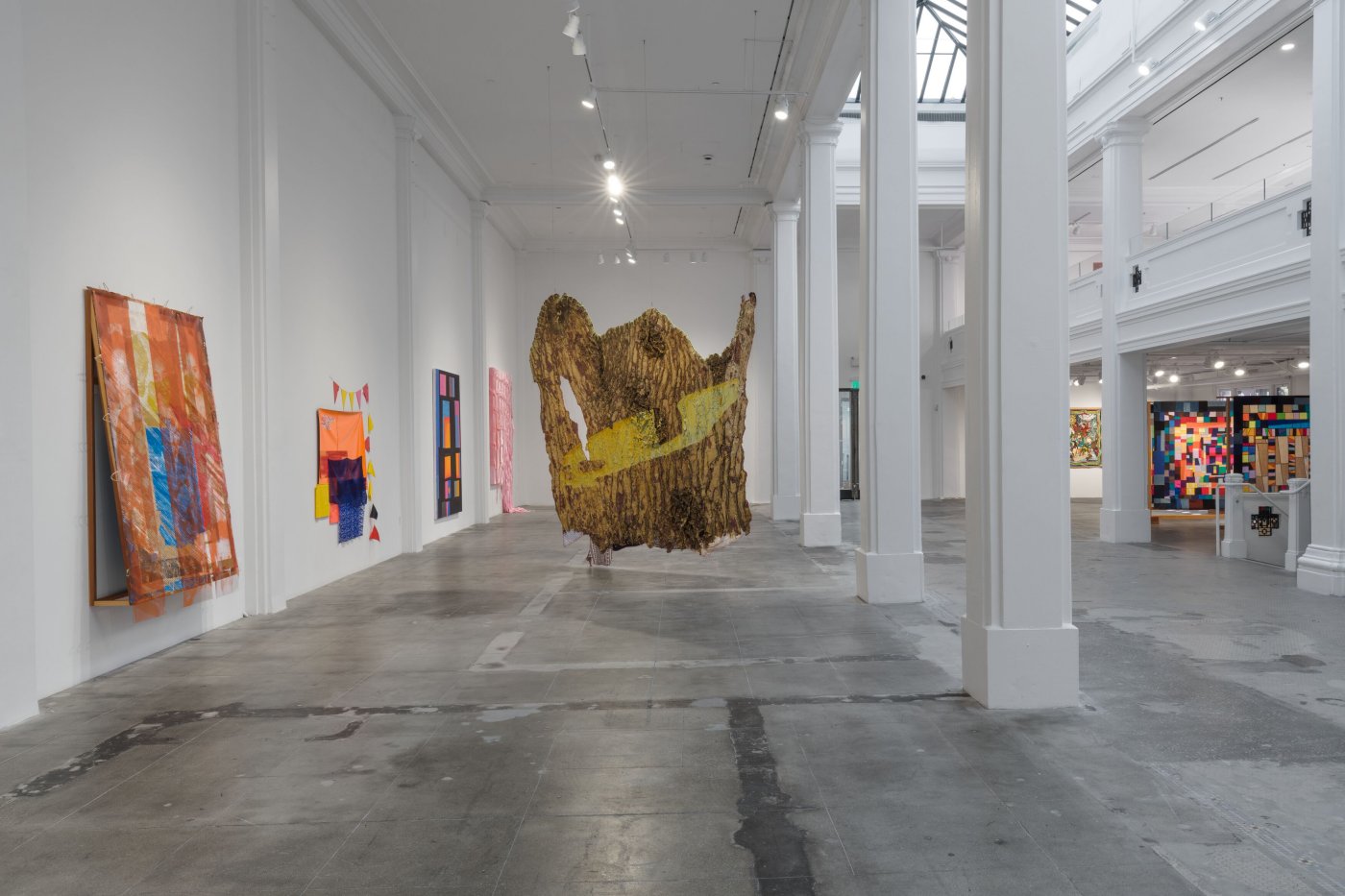 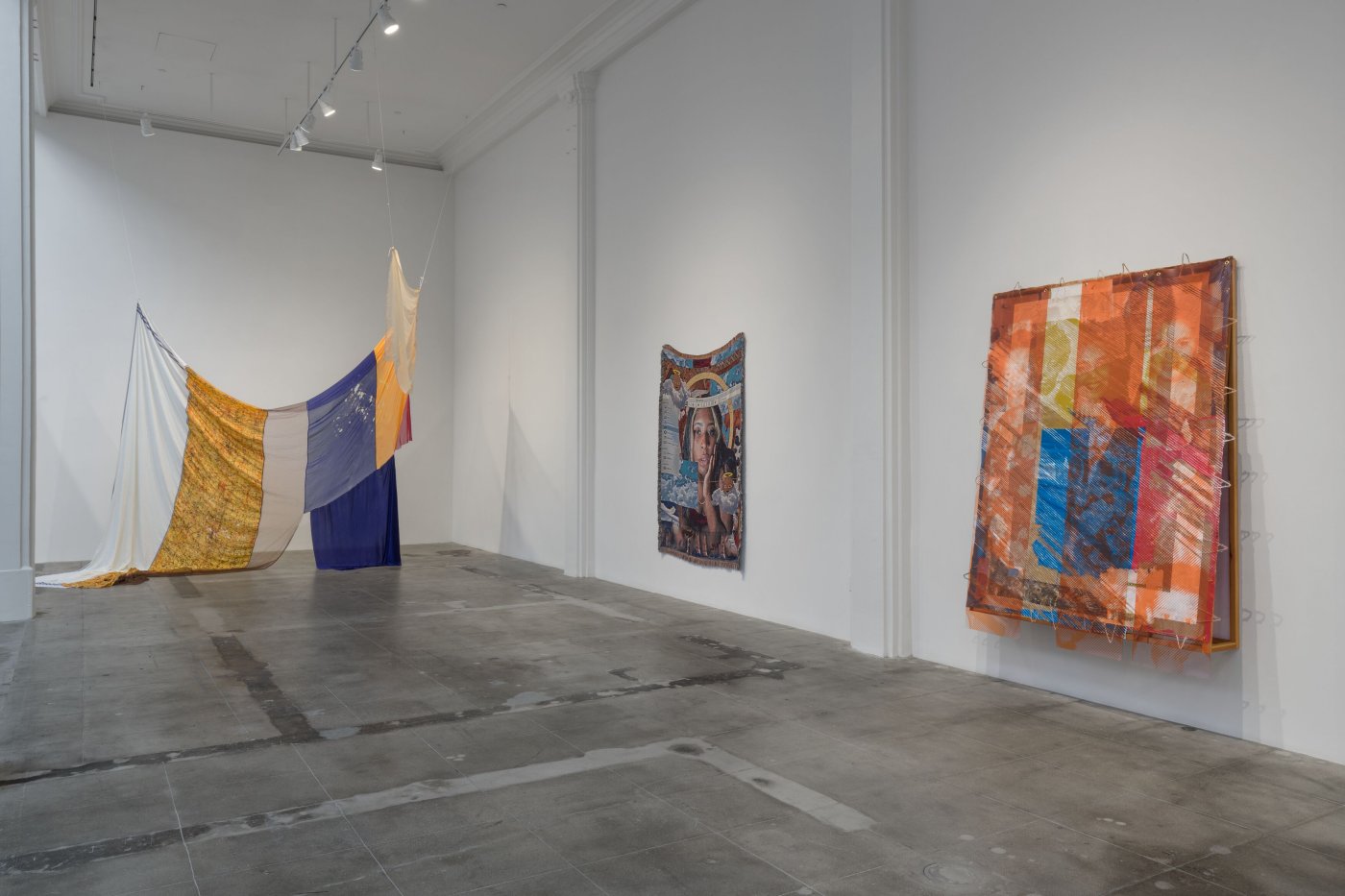 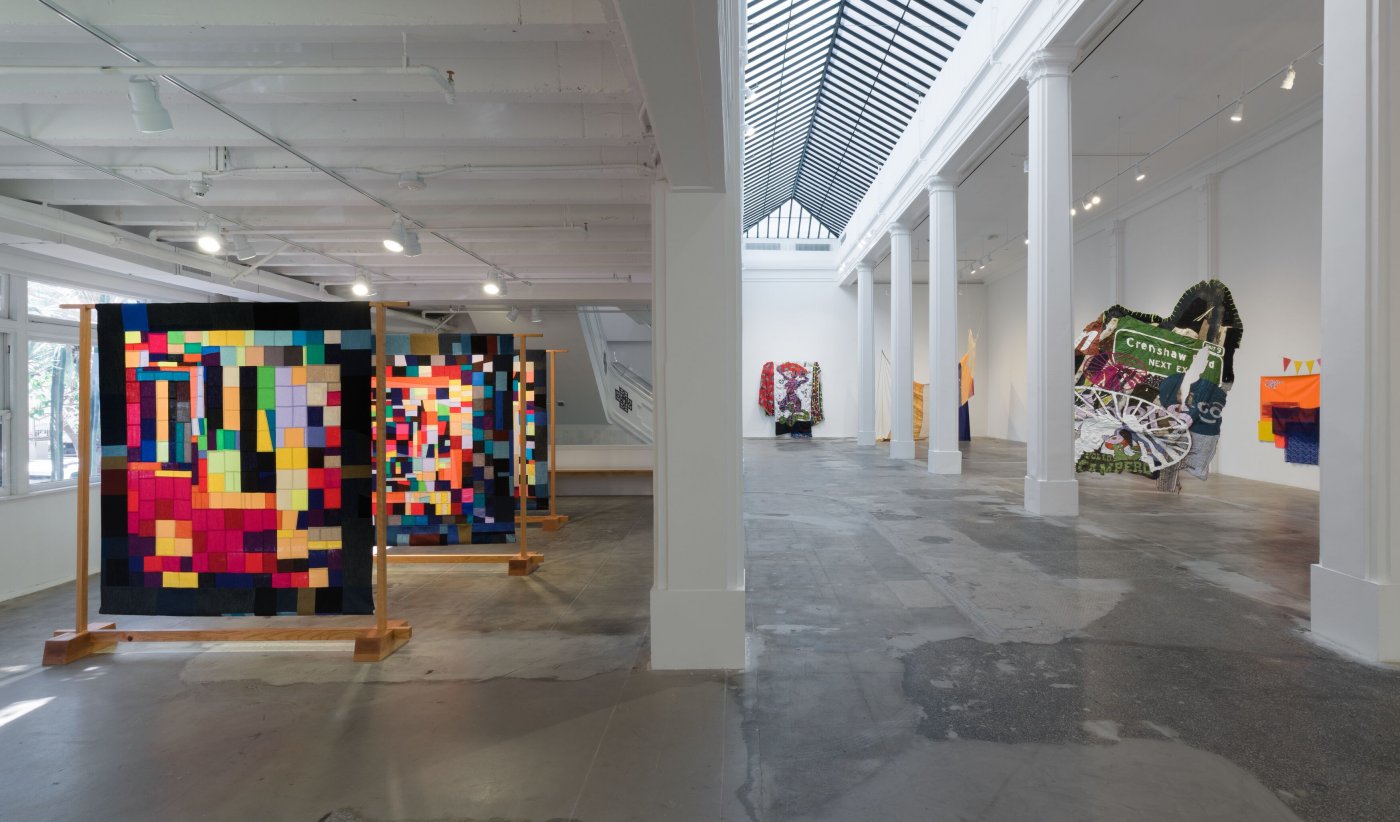 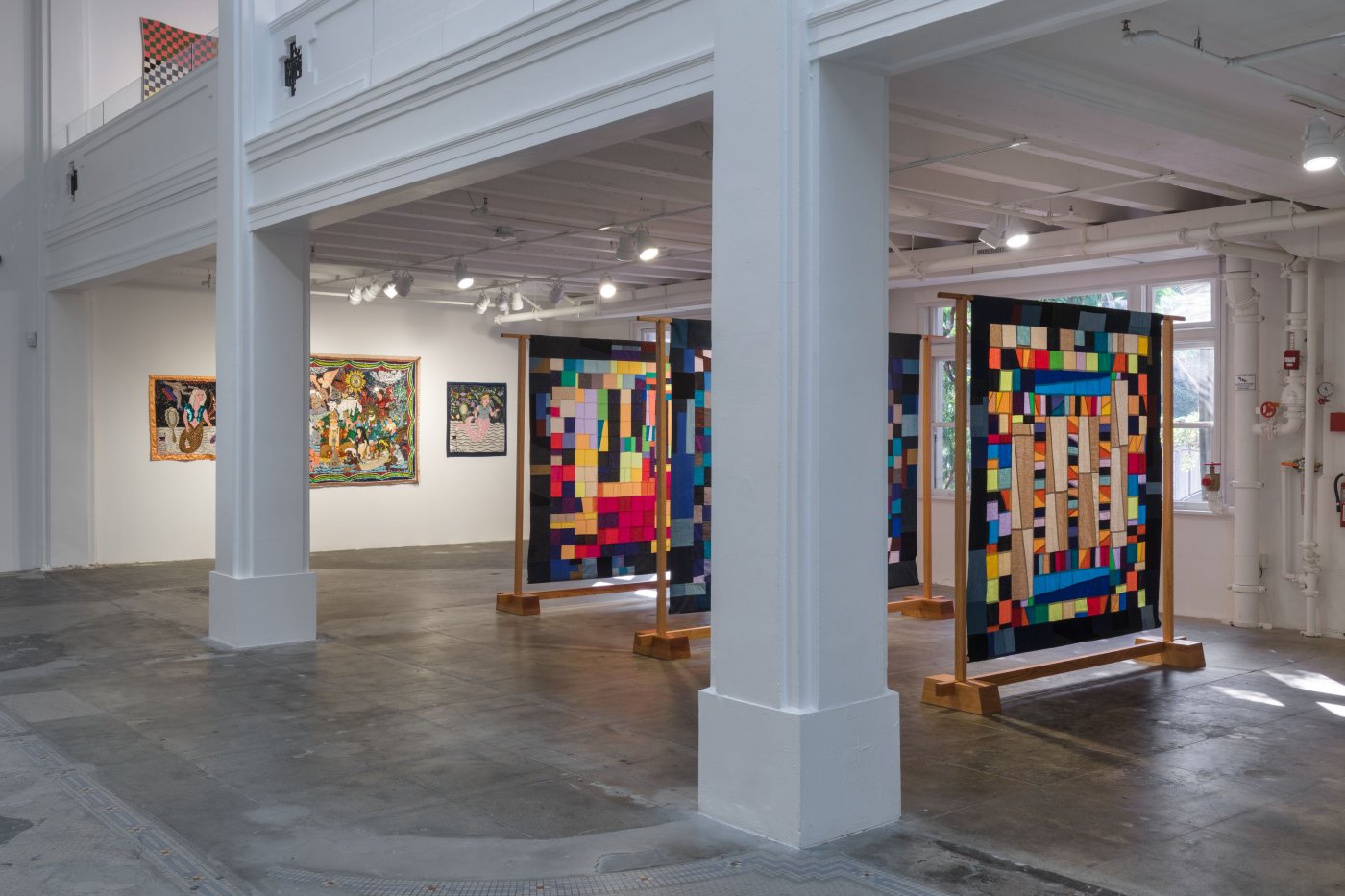 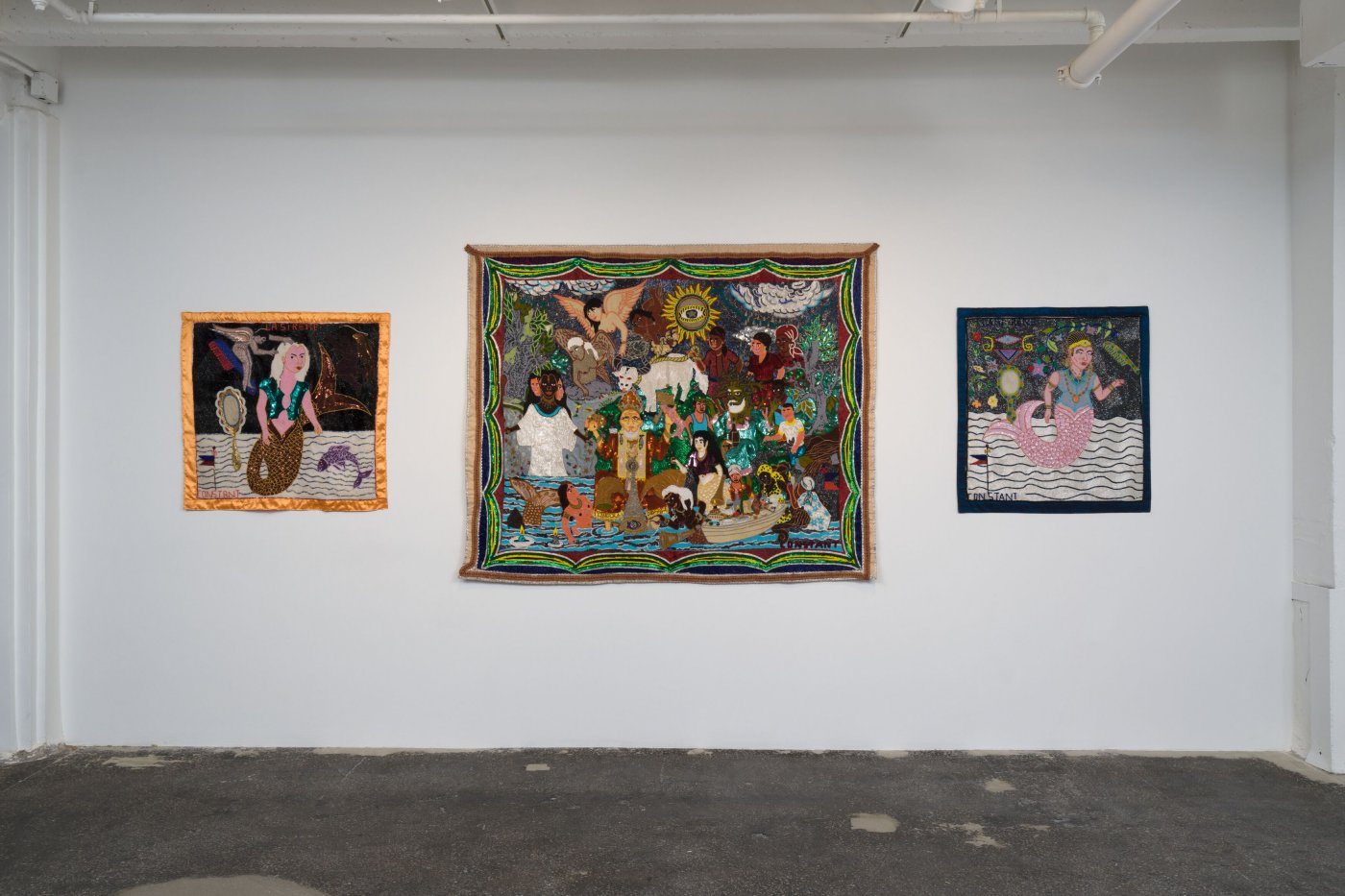 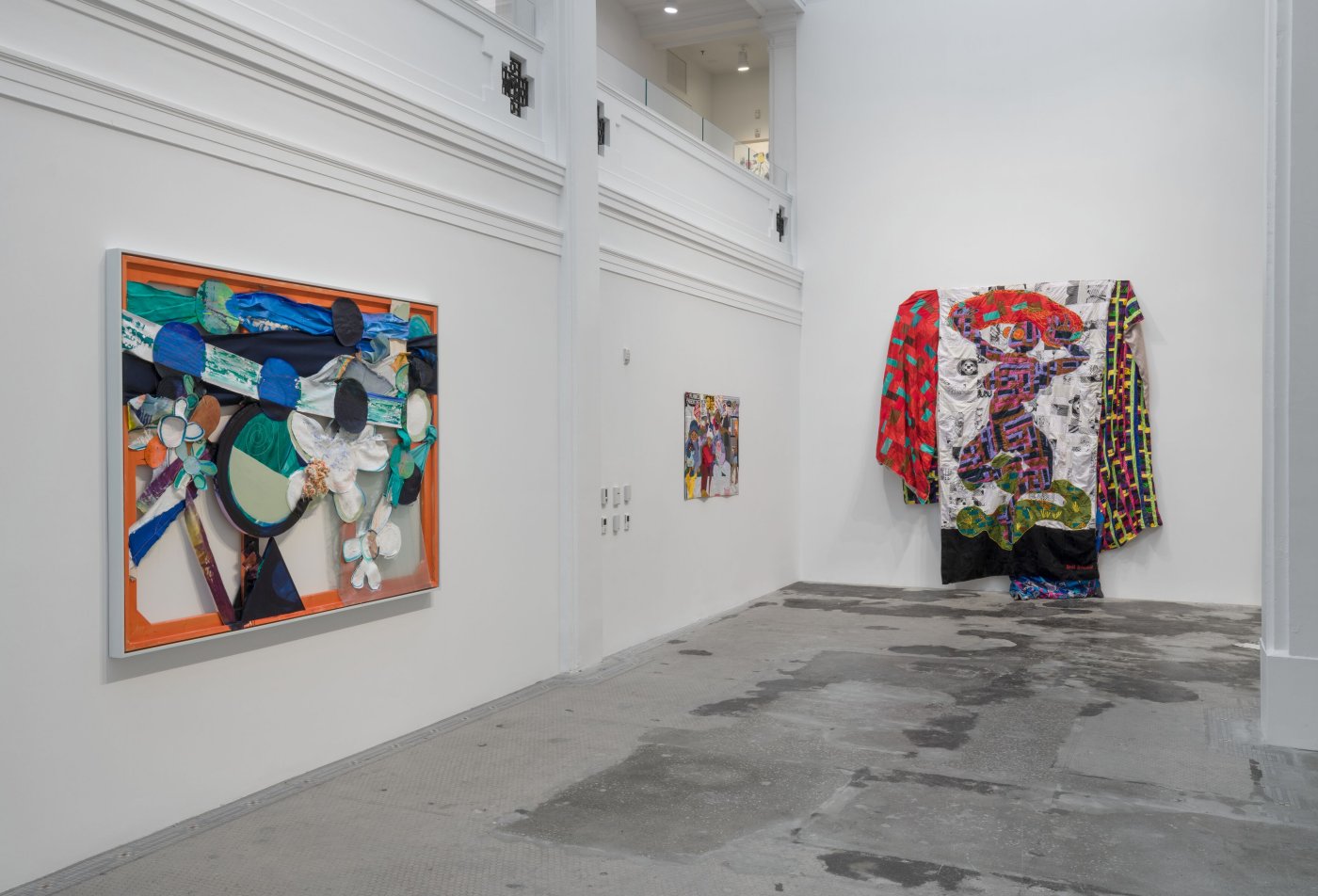 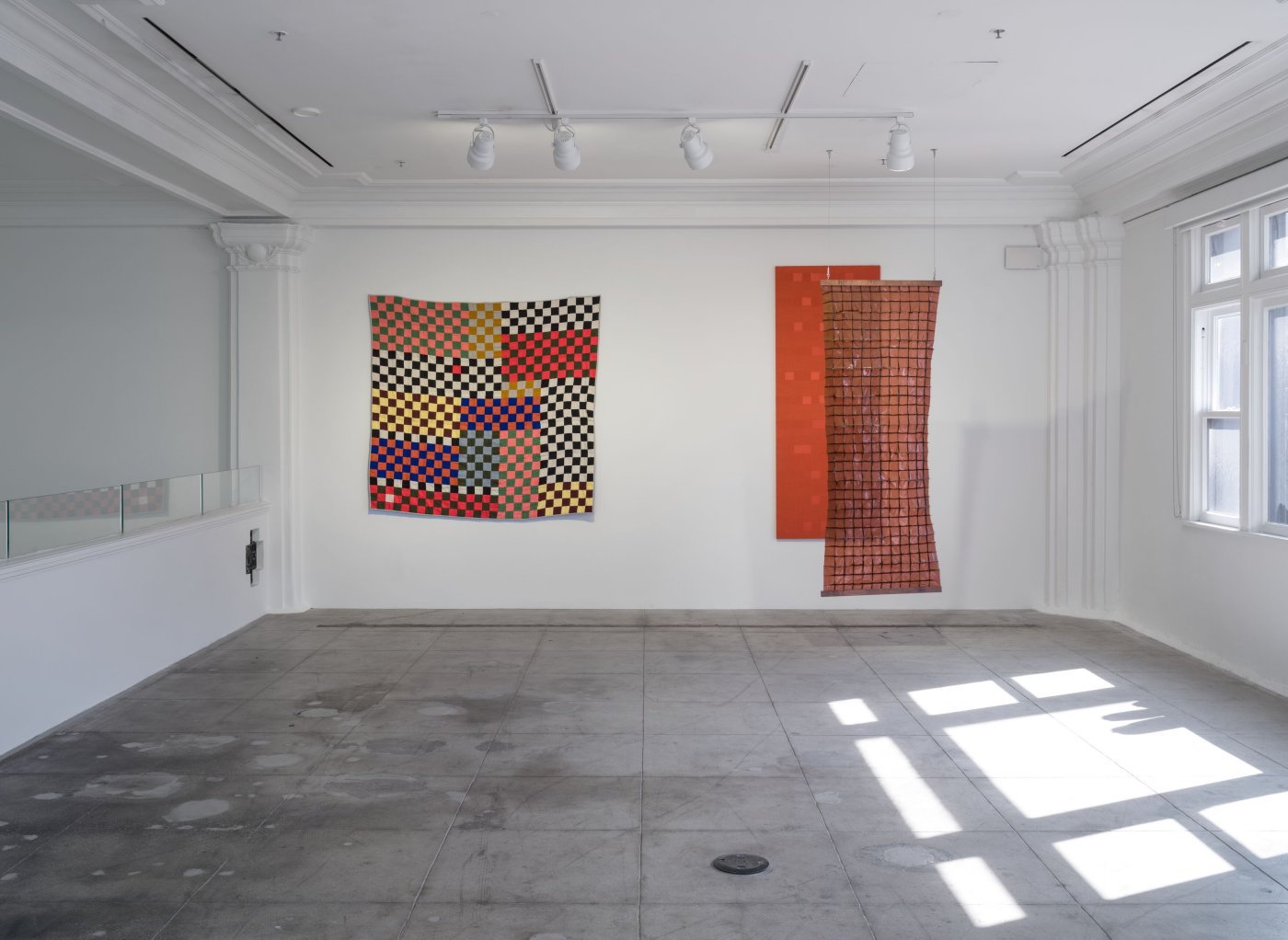 Their unique visual vernacular exists in tender dialogue with, and in homage to, the contributions of the Gee’s Bend Alabama quilters – Black American women in collective cooperation and creative economic production – and their enduring legacy as a radical meeting place, a prompt, and as intergenerational inspiration. This exhibition acknowledges the work of Gee’s Bend quilters such as Sarah Benning (b. 1933), Missouri Pettway (1902-1981), Lizzie Major (1922-2011), Sally Bennett Jones (1944-1988), Mary Lee Bendolph (b.1935), and so many more, as central to expanded histories of abstraction and modernism.

While the account of Modern Art engages abstraction as a critical tool of experimentation, the narrative as it has been told to-date has not been inclusive of this group and the ways in which they continue to transform art history, visual culture, and cultural production across localities and generations. Intersecting with the 20th anniversary of the groundbreaking exhibition ‘The Quilts at Gee’s Bend’ first presented at The Whitney Museum of Art (2002- 2003), each of the artists featured in ‘The New Bend’ explores this legacy both in their technical approach and formal aesthetic. The abstract and expressive modes of cutting, stitching, splicing, and remixing articulated in this exhibition as queered performative and editorial acts also reframe an understanding of the digital, computational, memetic, and algorithmic. Audrey Bennett, University of Michigan Professor of Art and Design, coined the term ‘heritage algorithms’ in 2016 to denote the goal of ‘not reducing culture to code, but expanding coding to embrace culture.’ In their co-authored essay ‘On Cultural Cyborgs’ (2020), Bennett and her collaborator Ron Eglash, Professor of Information, call to ‘decolonize cybernetics’ as a core component of ethnocomputing. What the quilters of Gee’s Bend reveal via their transformative cooperative work is that they are both artists and technologists, contributing simultaneously to art history, as well as to science, technology, engineering, and mathematics (STEM) practice. This duality exists in the work of each artist featured in this exhibition and many more beyond who continue to grow in this tradition. Thus, through their practice, the 13 artists on view in ‘The New Bend’ propose electrifying new directions, adding a promising new bend in this journey.

About Gee’s Bend
The town of Boykin—also known as Gee’s Bend—is an intimate African American community located at the arc of a bend of the Alabama River within Wilcox County, Alabama in the United States. The location was originally named for a landowner and slaveholder of the same surname who in 1816 settled in the area and built a cotton plantation. Many of the residents of the area are descendants of the enslaved people who worked on this plantation; they therefore carry shared family names, such as Bendolph, Pettway, and Young. The formation of the quilting tradition of Gee’s Bend rises out of the 19th and 20th century and carries on to present day where a vibrant network of collective quilters continues to grow and apply their creative practice. In the 1940s, the land of Boykin was sold in plots by the United States government to local families still living in the Bend. In a complex twist, this made it possible for the Black and Native residents of the area—once subject to the extractive labor and economic practices of enslavement and sharecropping—to gain ownership in part over the same land their families had once forcibly worked within. The quilts were originally produced for functional purposes and family use. Over time cooperatives such as The Freedom Quilting Bee (established in 1966 in Rehoboth, Alabama and remaining in operation until 2012) and the Gee’s Bend Quilters Collective (established in 2003) were impactful in shaping an alternative economic model that allowed for the quilters to raise funds for their community. The Freedom Quilting Bee also played a key role in political consciousness-raising, active participants in the drives for voting rights and advocates within the civil rights march from Selma to Montgomery. Over time, a dynamic dialogue surrounding their work has expanded to international acclaim and enduring critical resonance.