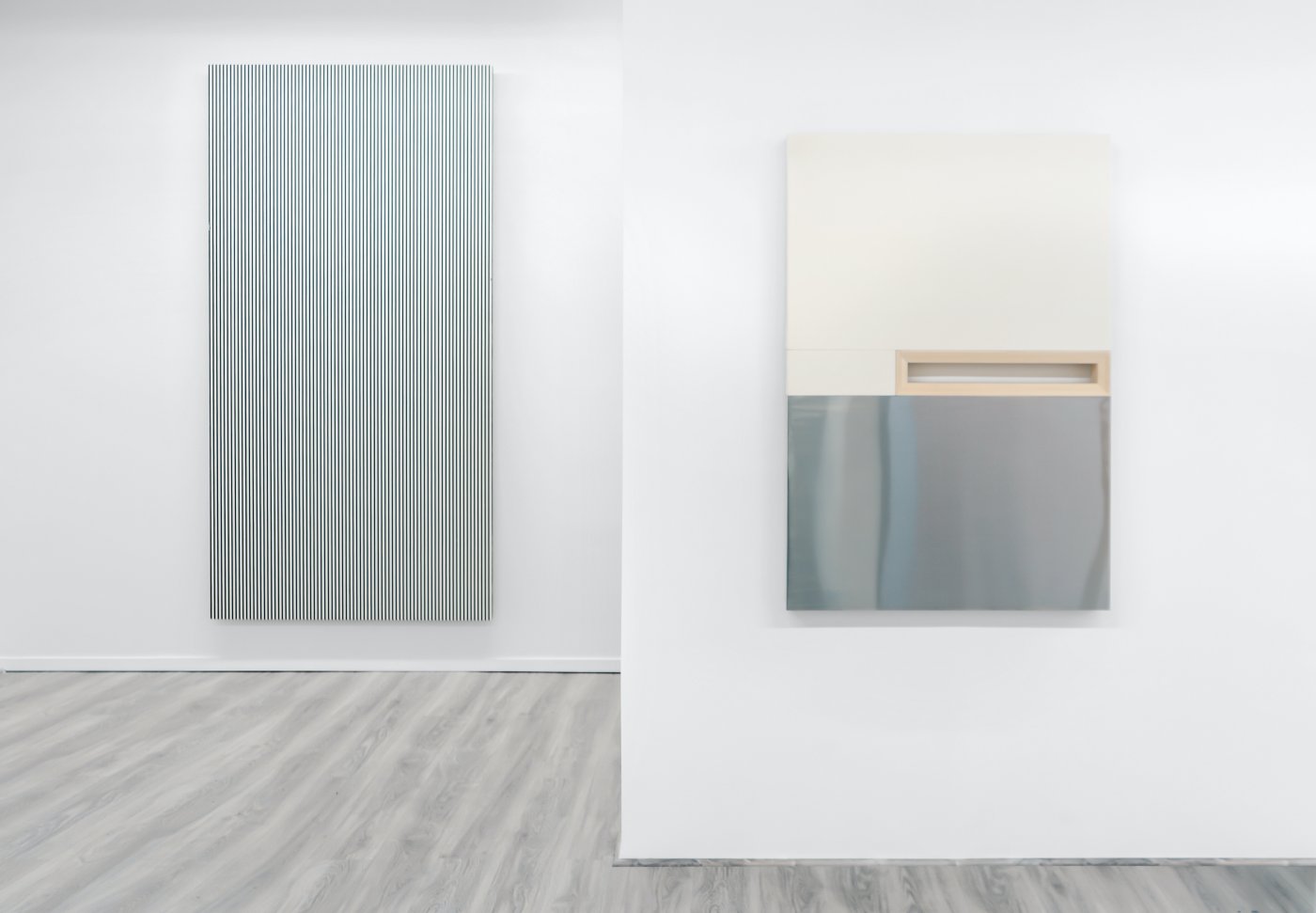 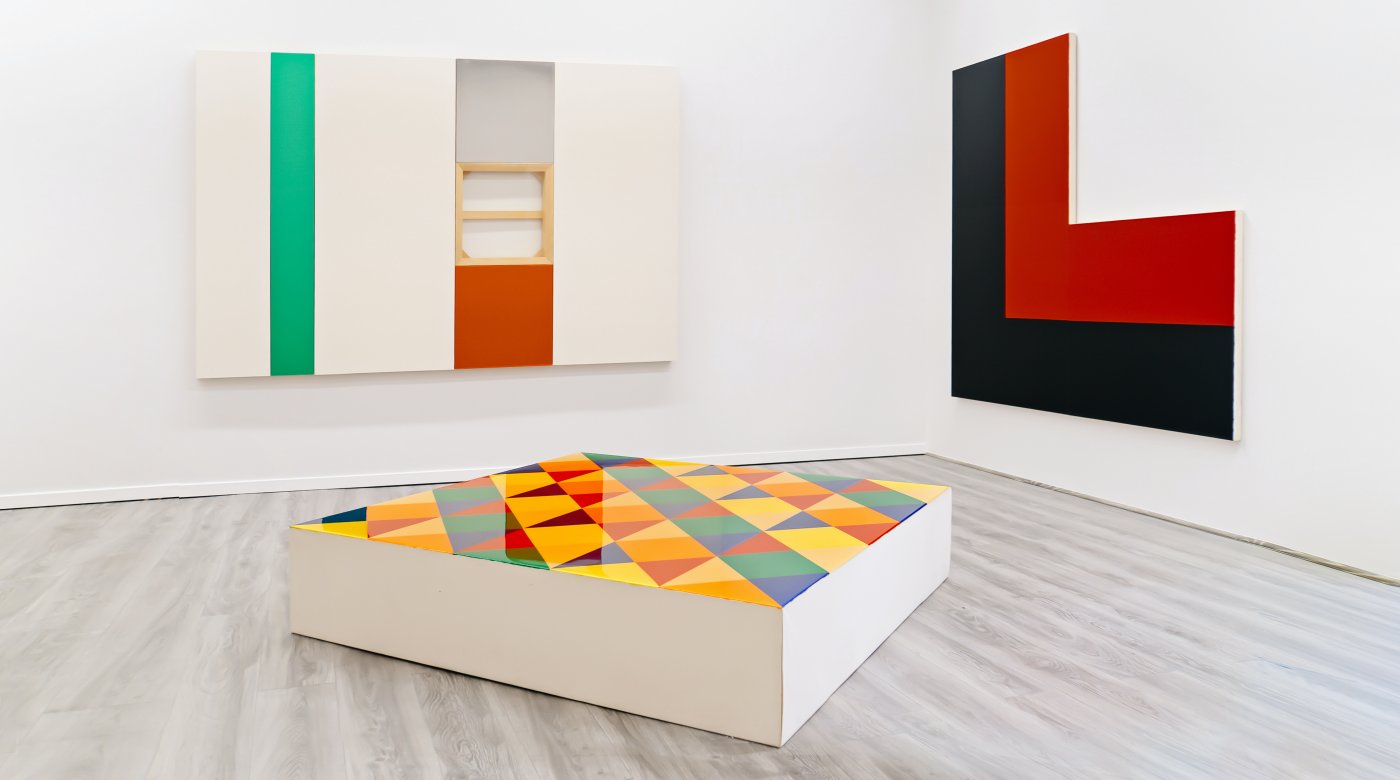 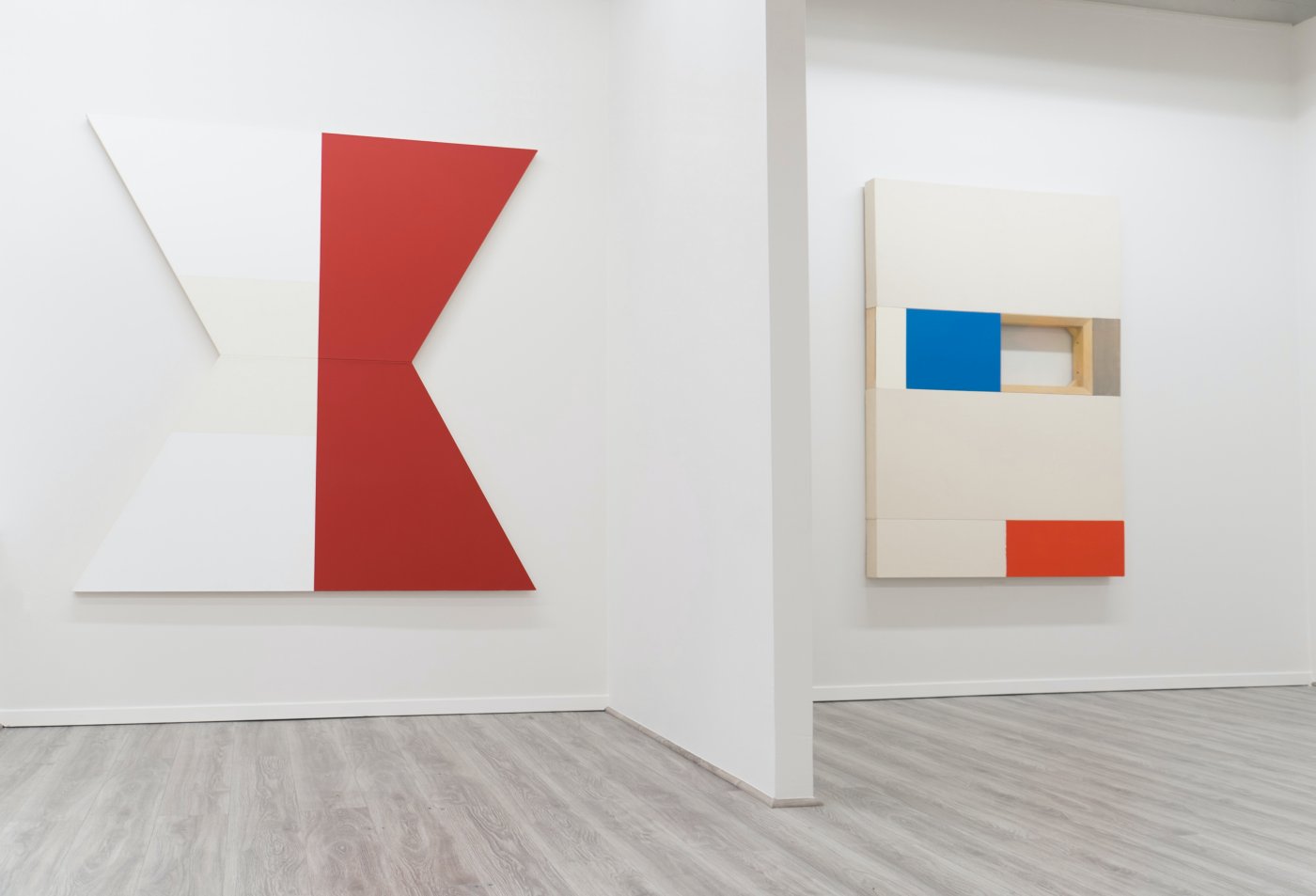 These four artists live and work in and around New York City and have done so for several decades. There they’ve witnessed major aesthetic upheavals that have impacted their careers in various ways. This exhibition focuses on one of them in particular.

The Neo & The Geo redefines a movement established in the second half of the 1980s, referred to by the misnomer Neo-Geo, or New Geometry. Neo-Geo offered a cultural critique of late modernity seen through the prism of post-war French philosophy. It delineated a pre-approved group of artists who, while disdainful of the term, were nevertheless immediately absorbed by the art establishment. But many artists of that time found the critique lacking, including those in this exhibition. While it would be tempting to classify their paintings as Neo-Geo, the truth is more complex.

With the work in this show, Dagley, Estenger, Scott and Trincere demonstrate that the foundational principles of geometric painting continue to evolve. They’ve created principled, personal statements regardless of market demands, catch phrases or categories. It’s fitting that this examination of Neo-Geo’s legacy appears in the surrounds of Washington, DC, the city where Geometric High Modernist Abstraction reached its zenith.

The Neo & The Geo hopes to facilitate new discussion of the undercurrent in geometric abstraction that occurred toward the end of the 20th century. An exhibition catalog with text by Paul Corio will be published by Pazo Fine Art.