The exhibition consists of an installation that directly references the final scene from the seminal Bruce Lee film Enter the Dragon (1973). 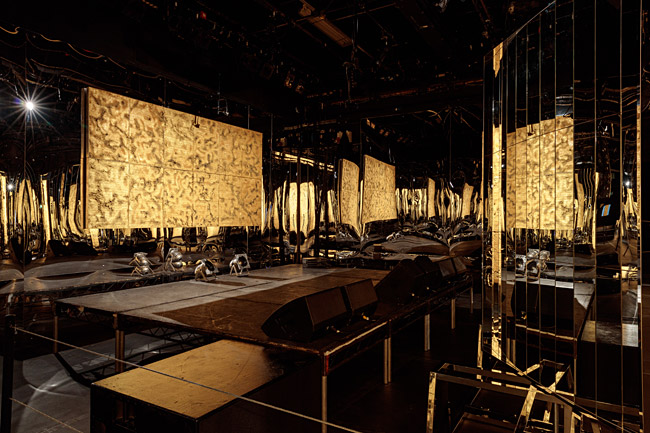 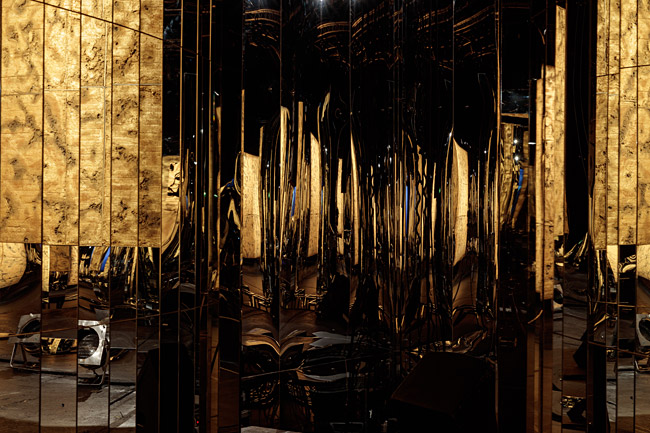 Considered to be one of the greatest Chinese martial arts films of all time, it was the first to have been produced by a major Hollywood studio under the guidance of Lee, whose contribution to the production of the film and script was extensive. Lee identified the film as a vehicle to illustrate his understanding of Far-Eastern philosophies to Western audiences. It proved to be his final film appearance before his premature death. The performances, as part of the exhibition, which are aiming to be co-operative improvisational, experimental and self-reflective rather than competitive, seek to reflect the philosophies that Bruce Lee was aiming to express in his film.

Zhang Ding will transform the ICA Theatre into a ‘mutating sound sculpture’, covering the room with mirrored surfaces, suspended sound panels and a series of rotating mirrored sculptures situated next to two identical music stages. For the duration of the exhibition, there will be a series of daily performances, consisting of invited artists and open submissions (please see information below) from a variety of musical genres selected by Zhang Ding in association with NTS Radio. The performances will seek to activate the installation to create a platform for co-operative improvisation, experimentation and self-reflection.