MAMOTH presents ‘The Glass Bead Game’. Organised by MAMOTH’s co-founder Litian He, the exhibition takes the most enigmatic themes of Hermann Hesse’s 1943 novel, including the title game, to be analogous to processes in contemporary painting. 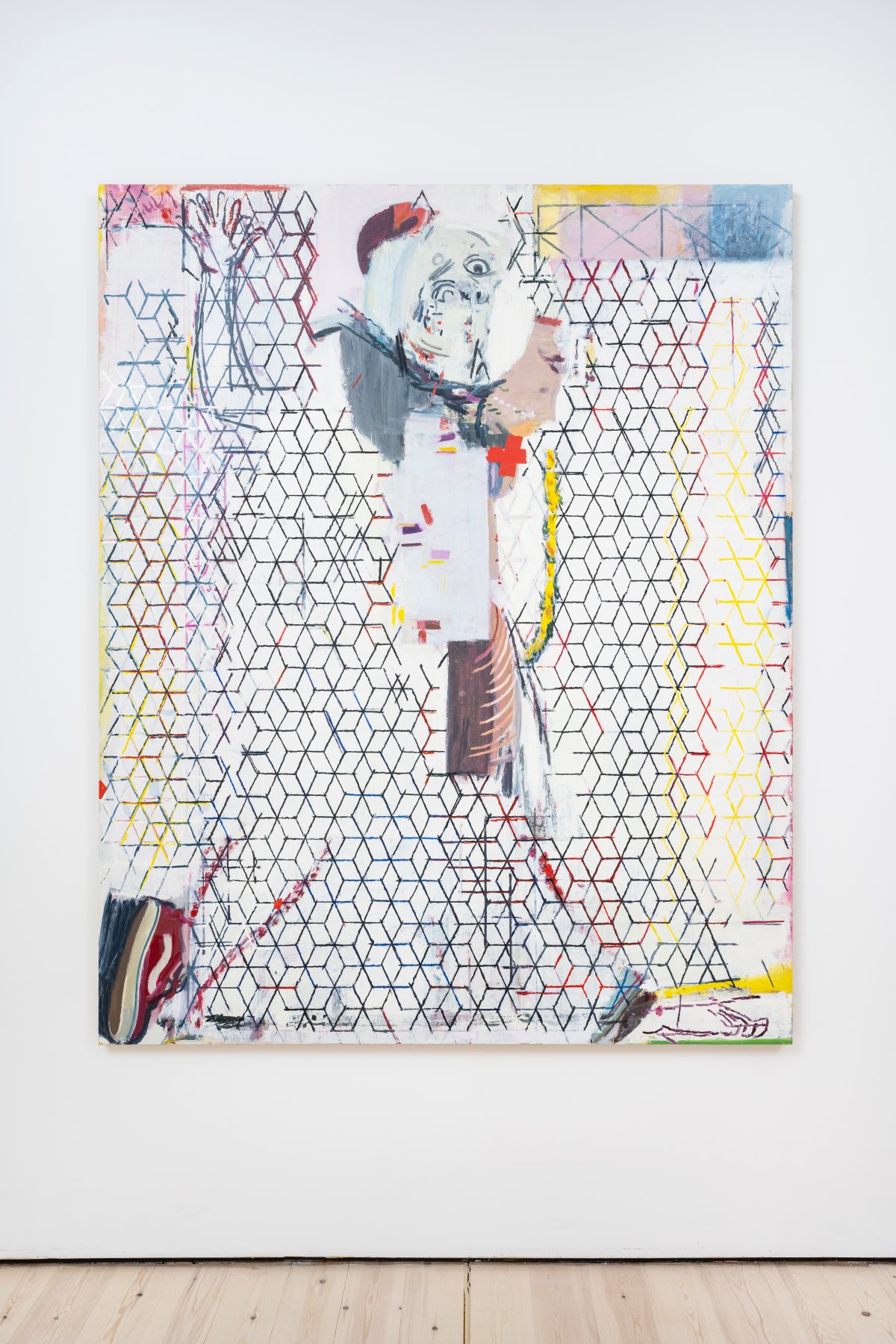 Oil on linen
198 x 160 cm
©Sangram Majumdar, courtesy of the artists and MAMOTH 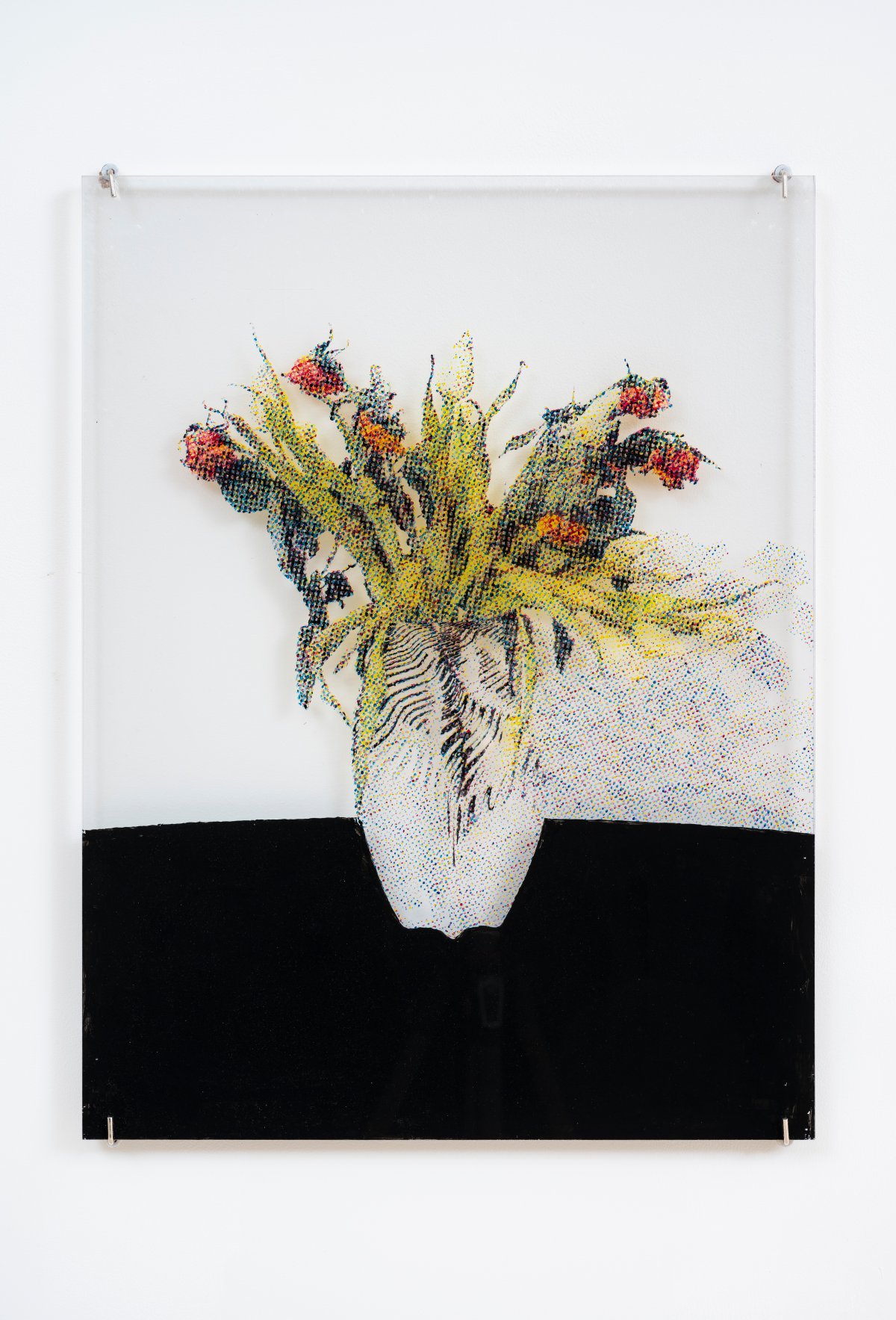 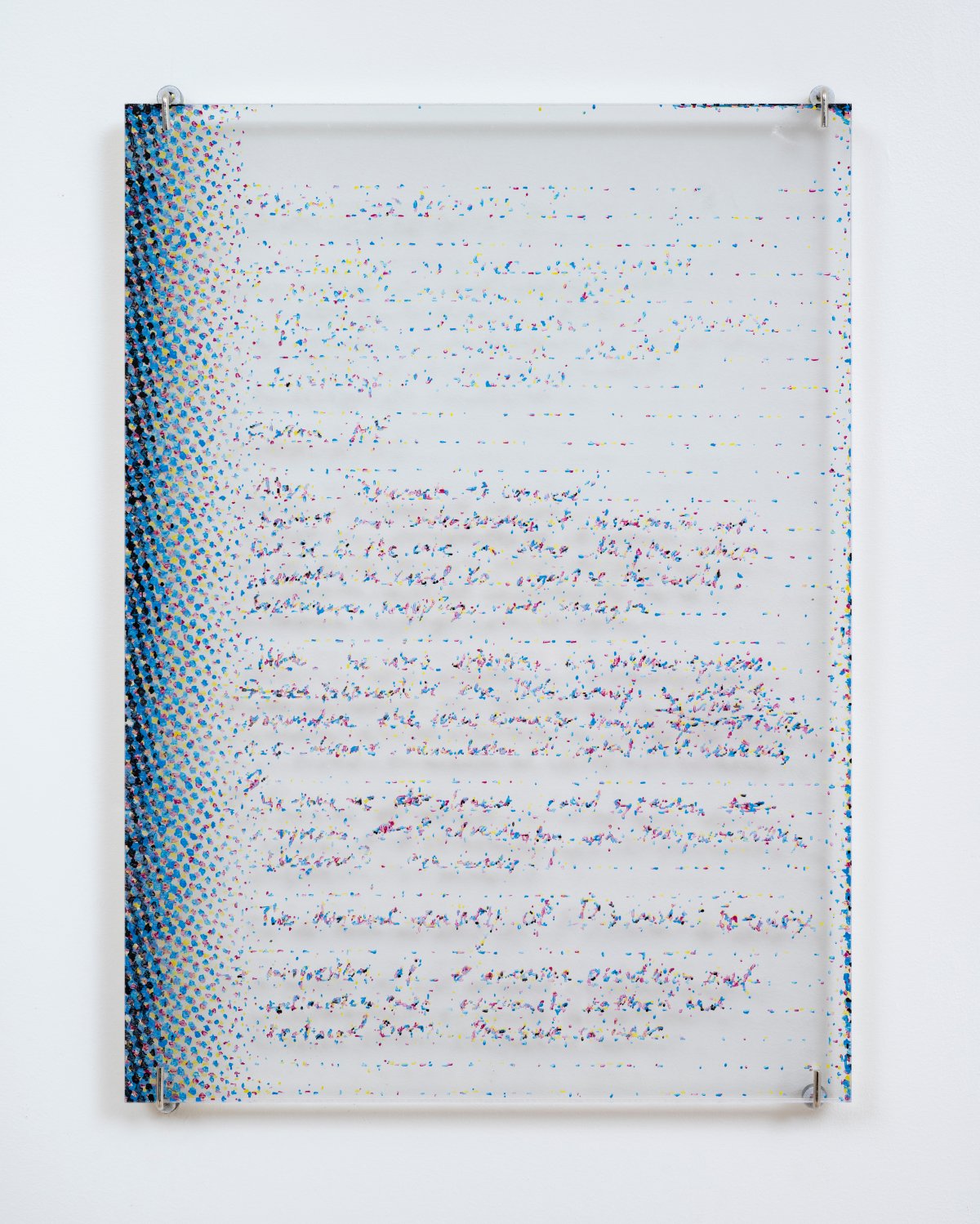 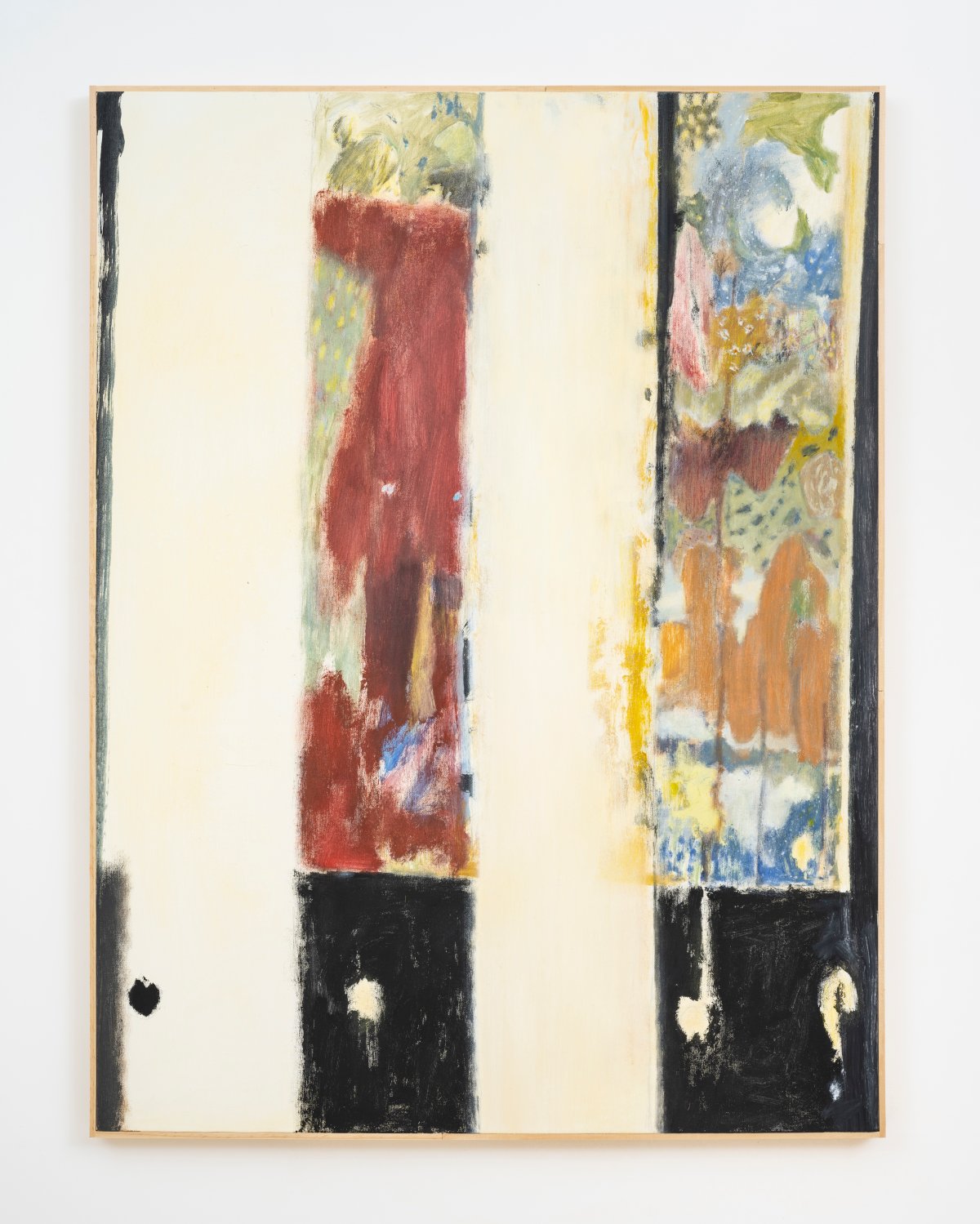 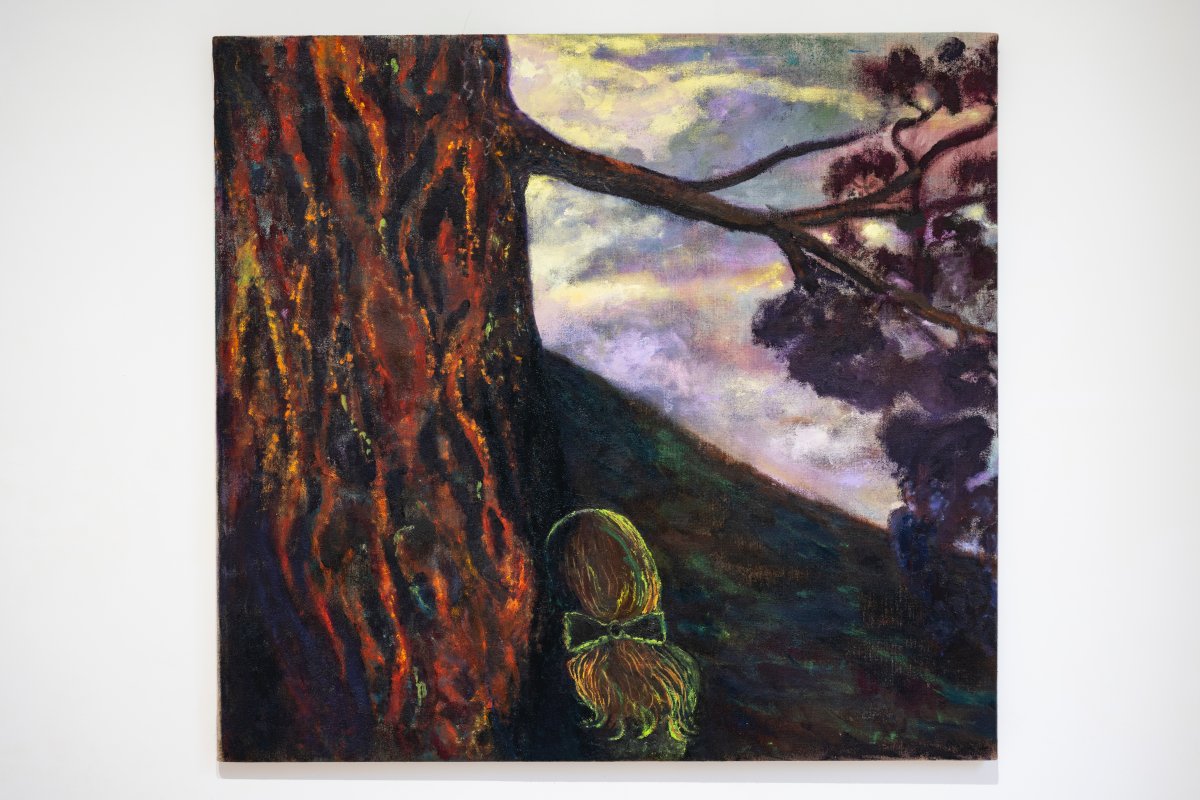 Julia Adelgren
Scribbled in the Dark, 2021 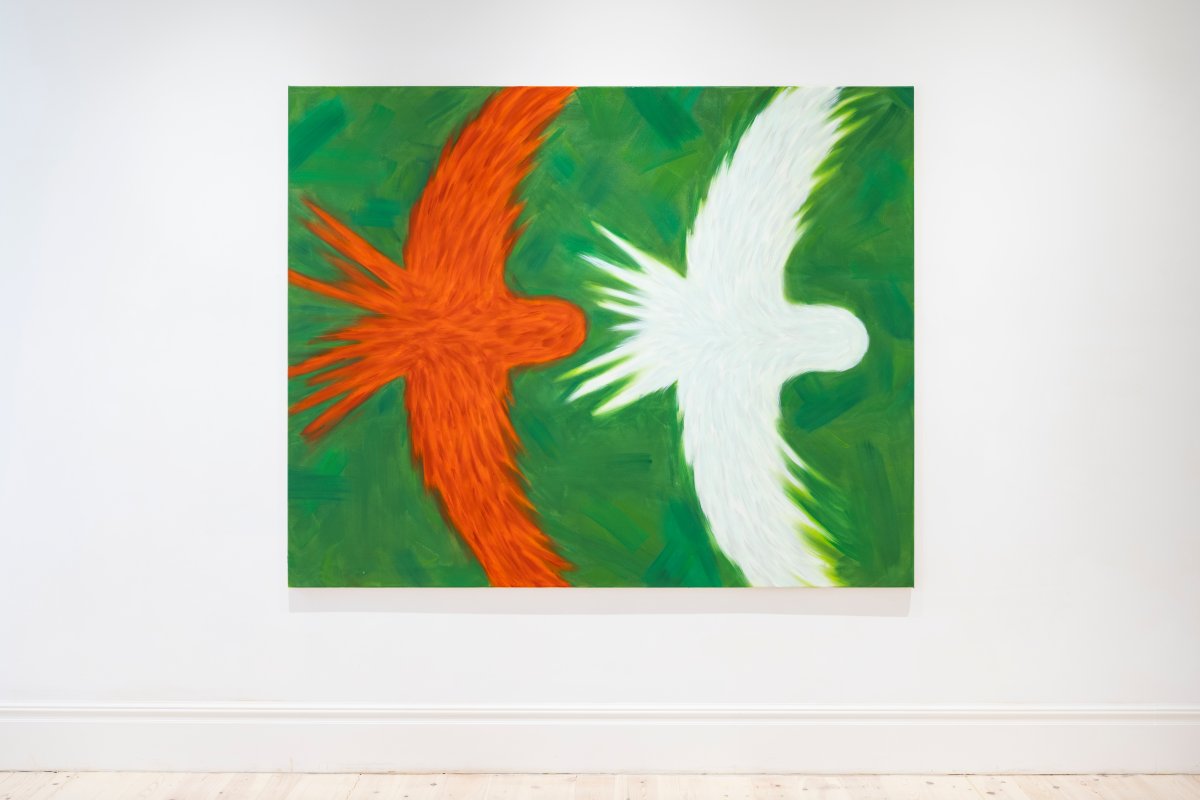 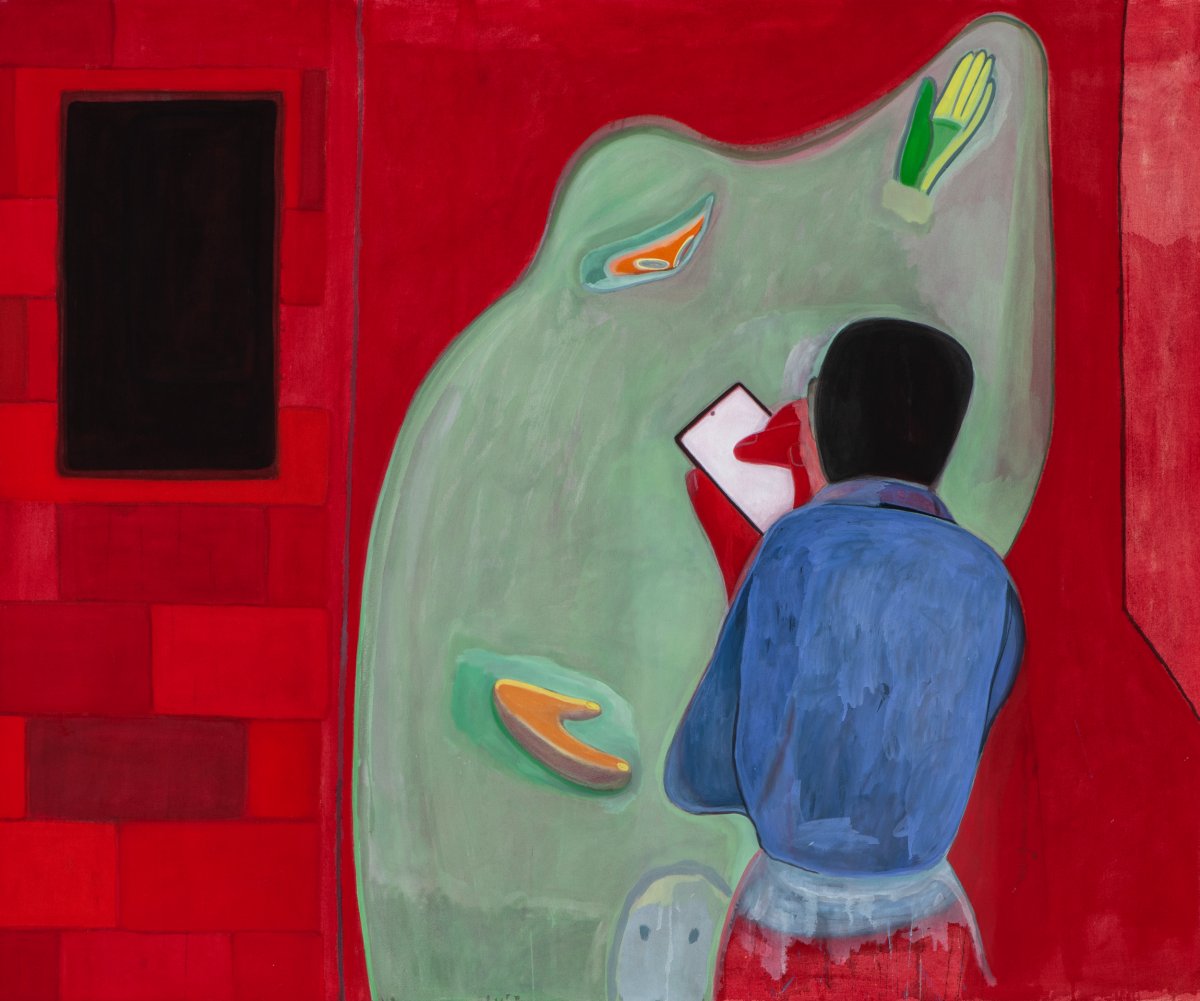 Distemper on canvas
150 x 180 cm
© Vicente Matte, courtesy of the artists and MAMOTH 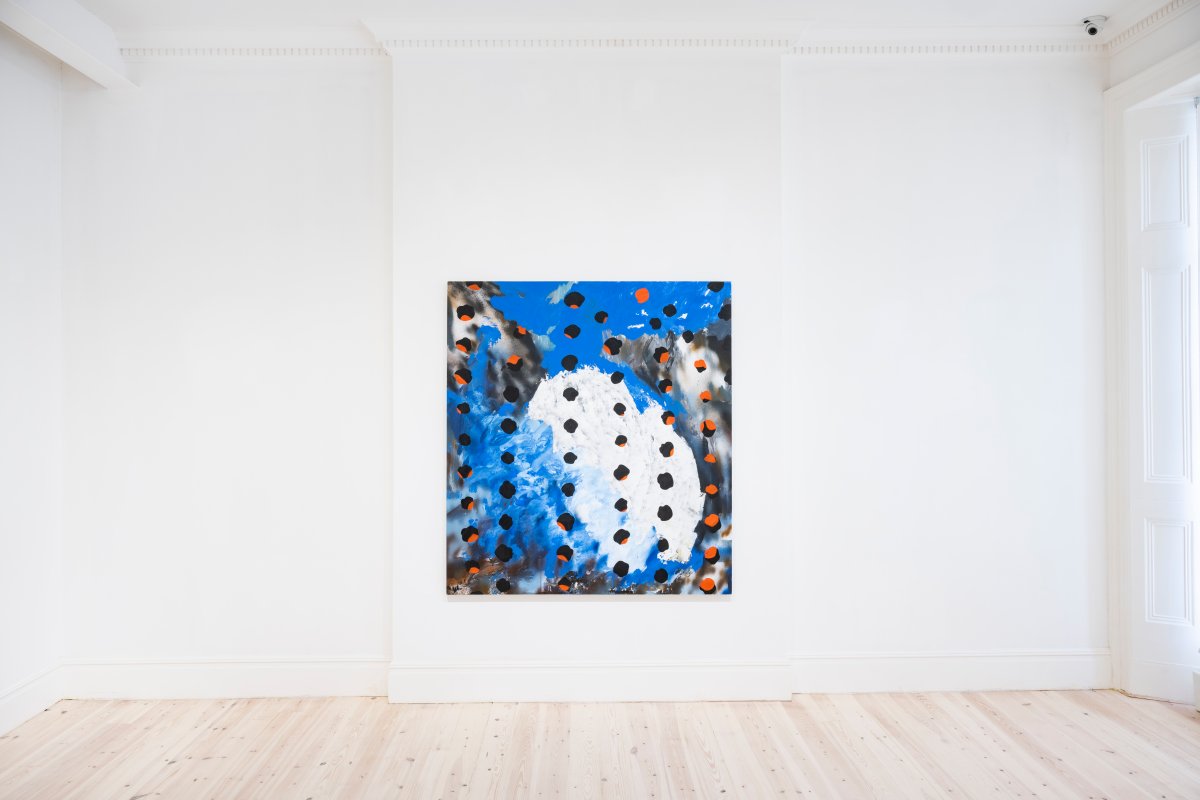 Acrylic on linen
150 x 165 cm
© Hou Zichao, courtesy of the artists and MAMOTH 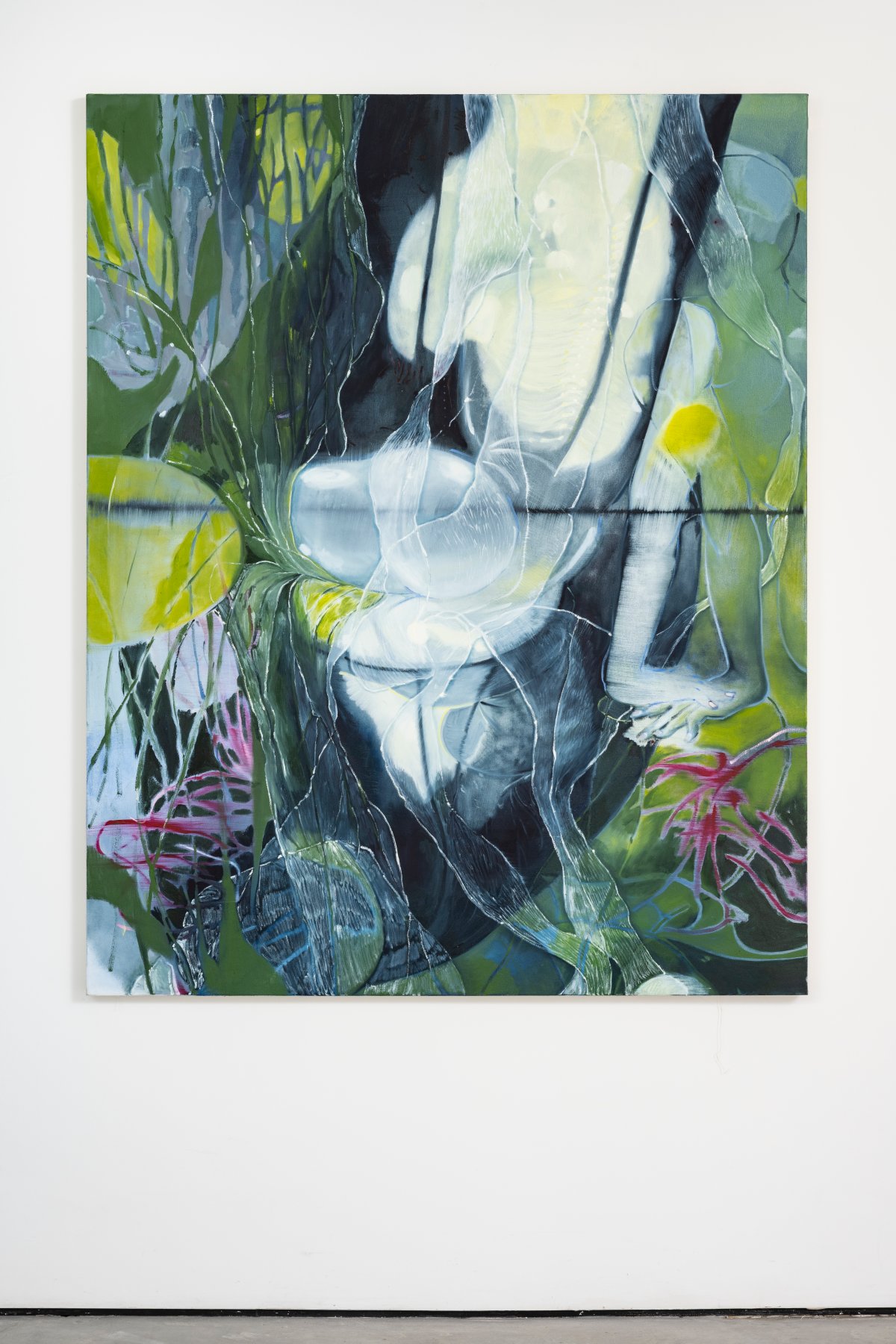 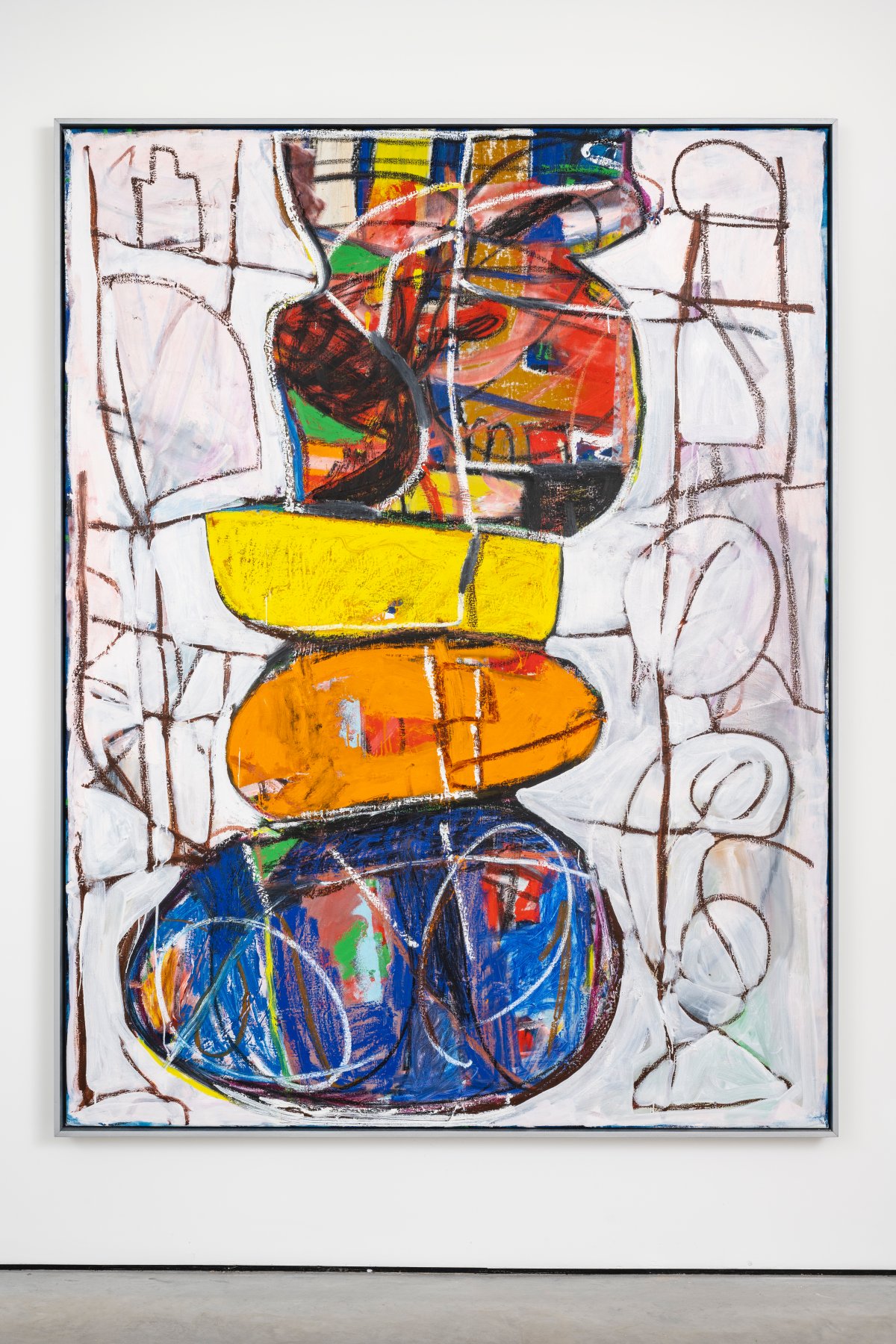 Oil on canvas
156 x 204 cm
© Martin Lukáč, courtesy of the artists and MAMOTH 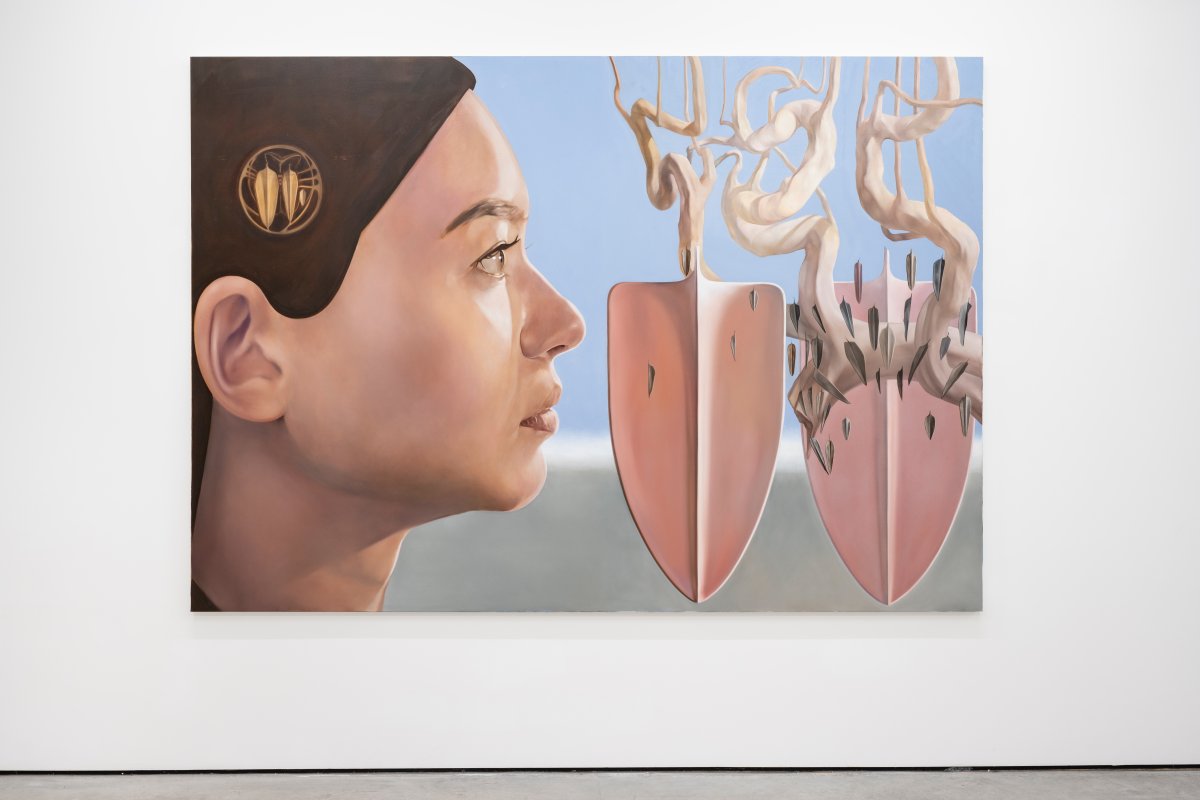 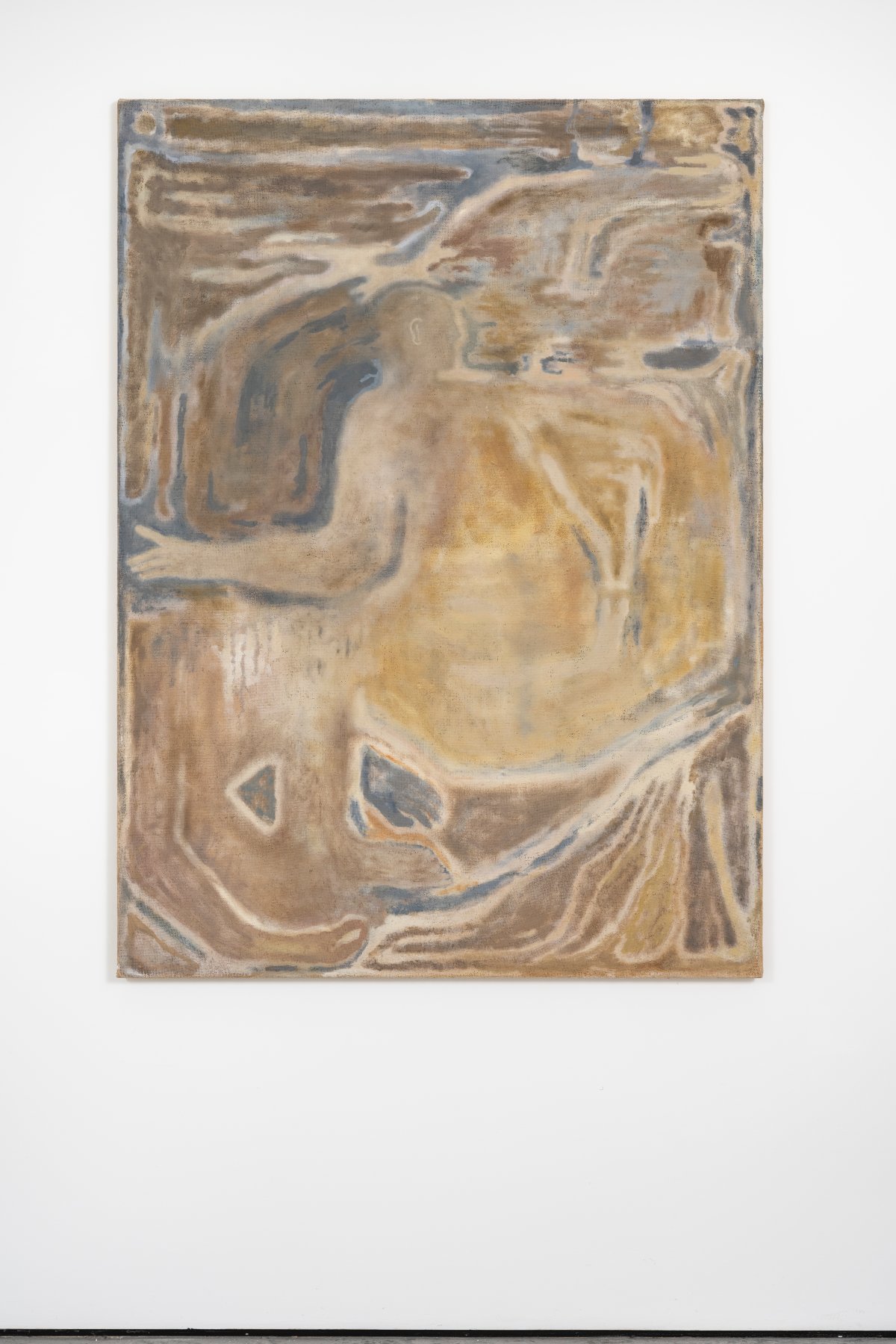 Yi To
The width between fingers, 2021 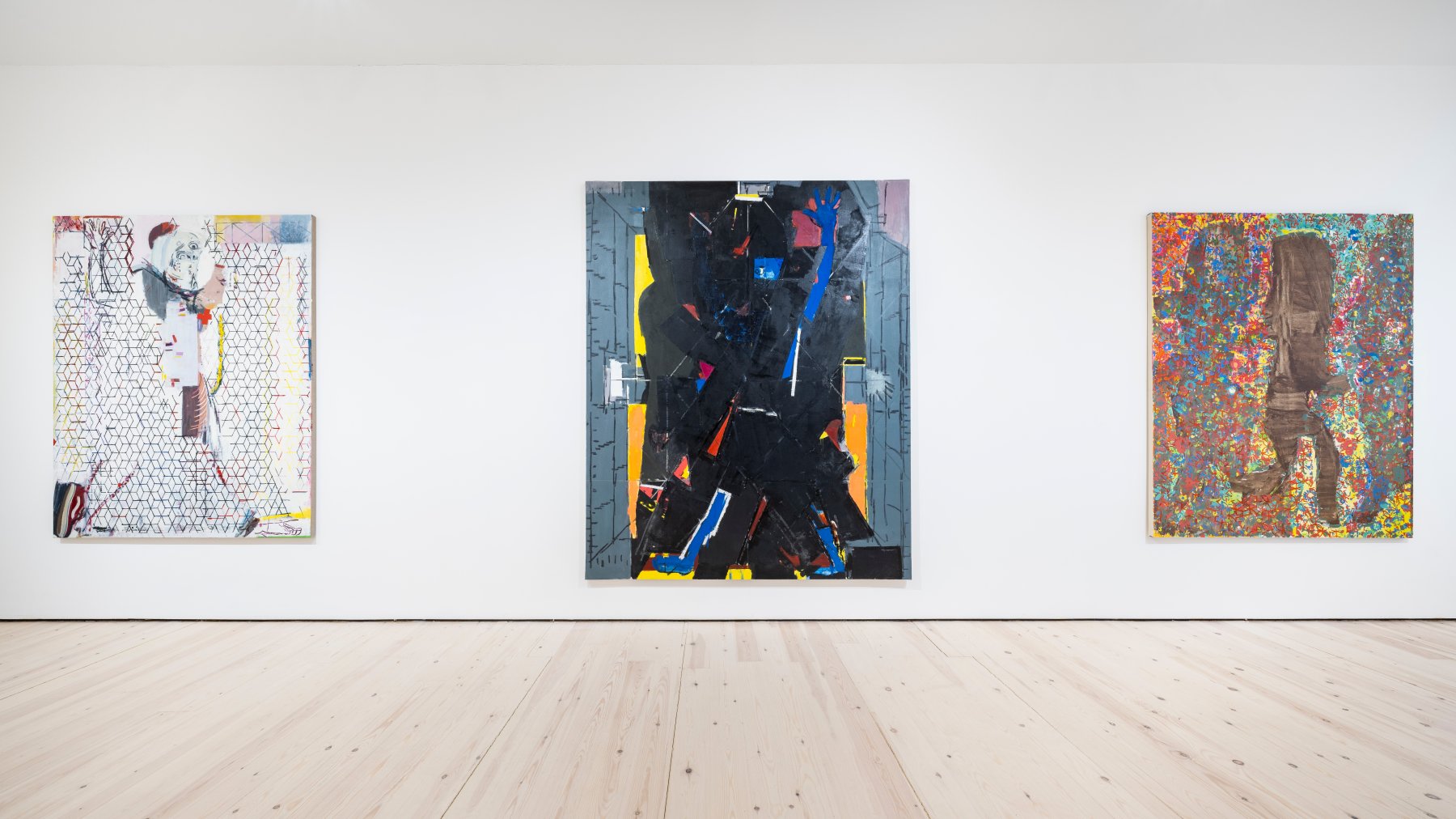 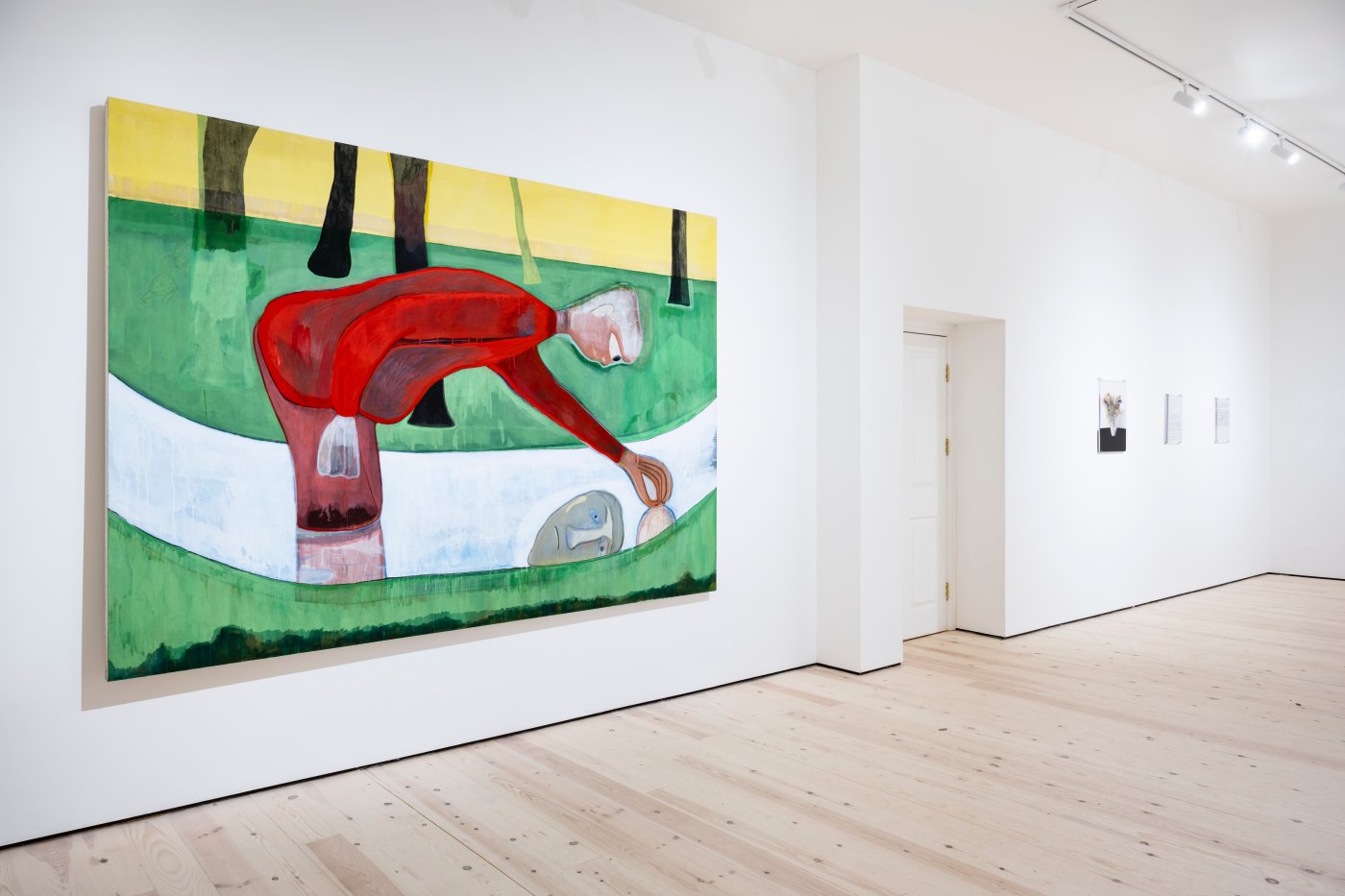 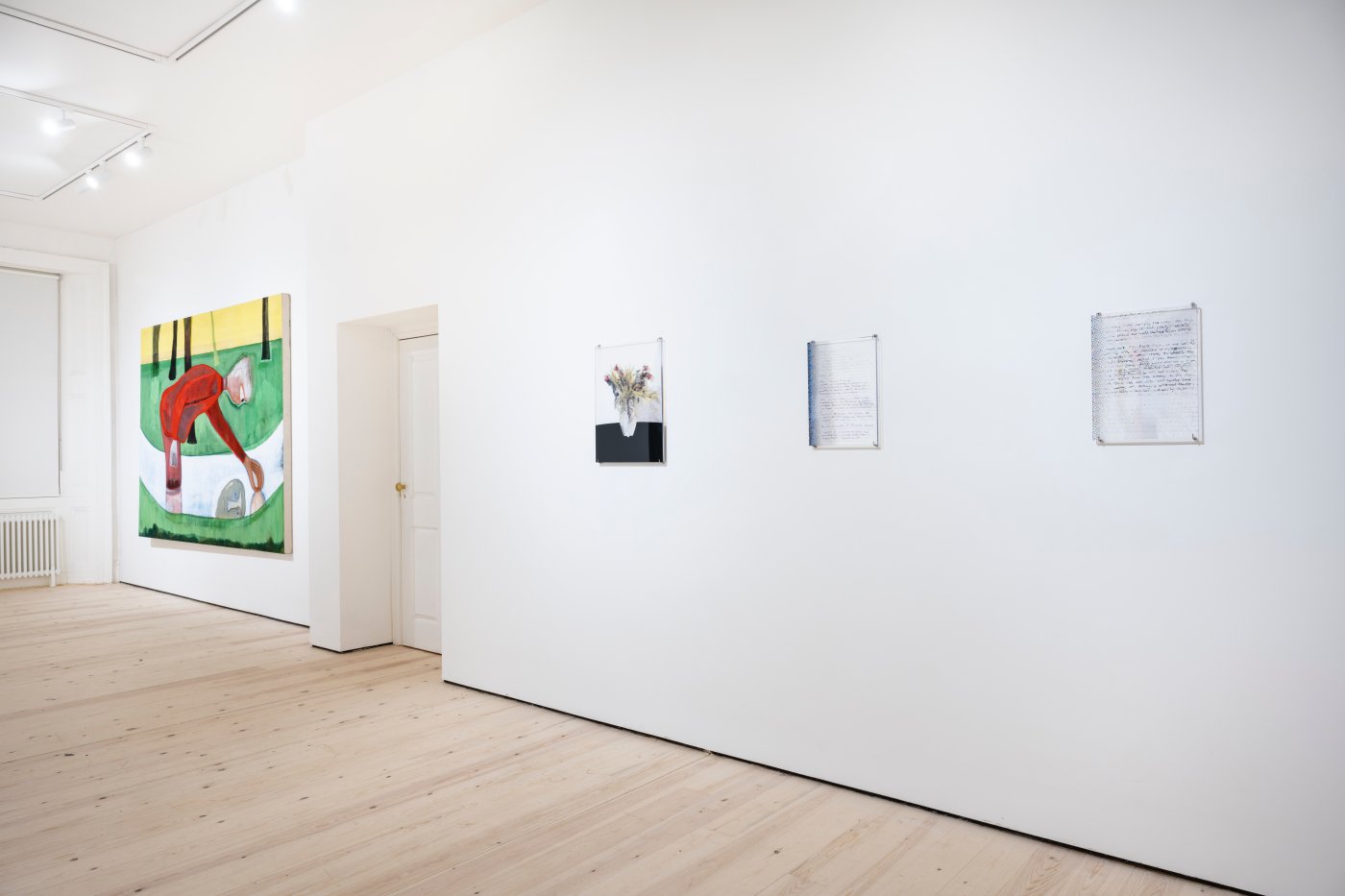 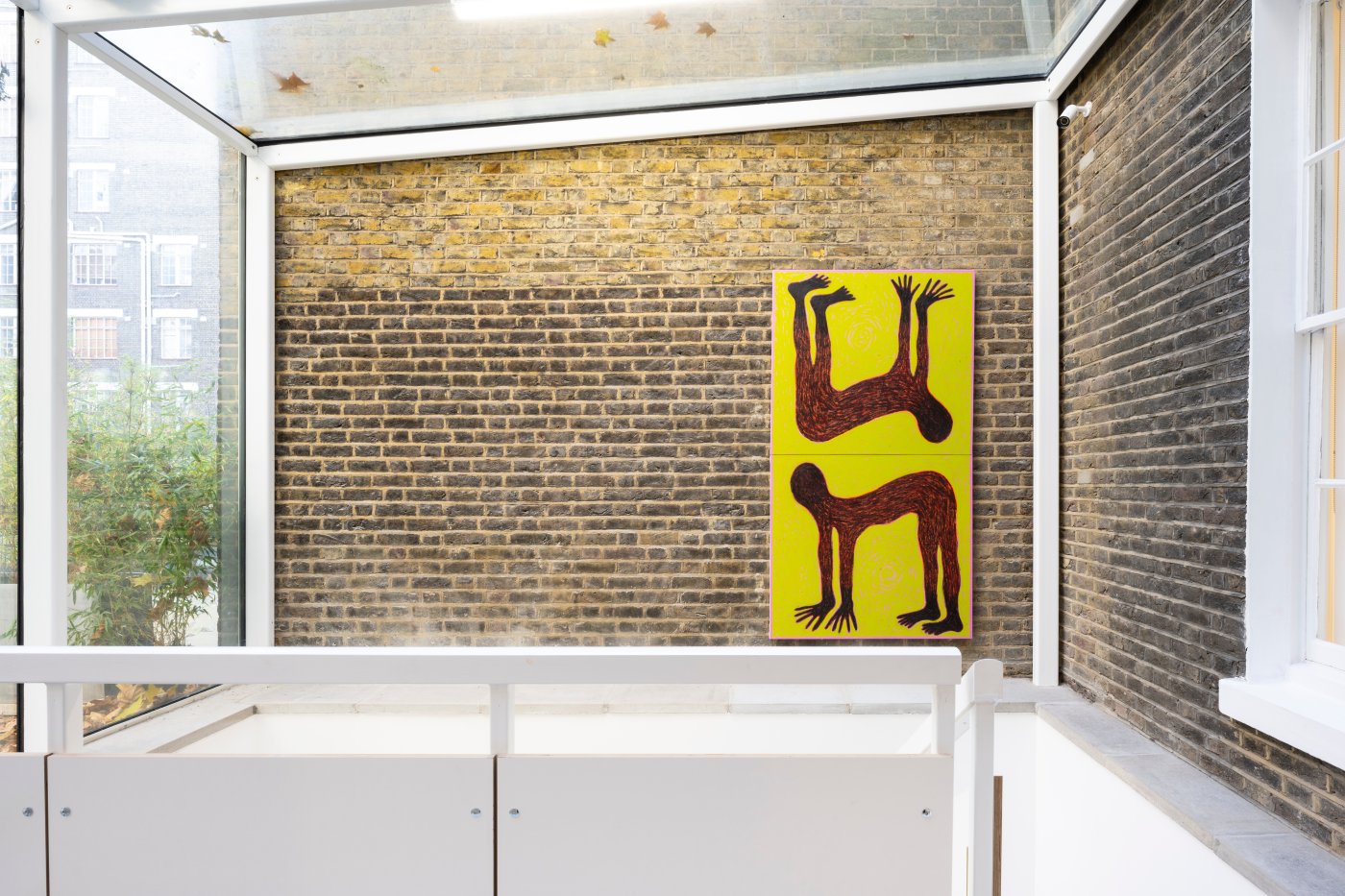 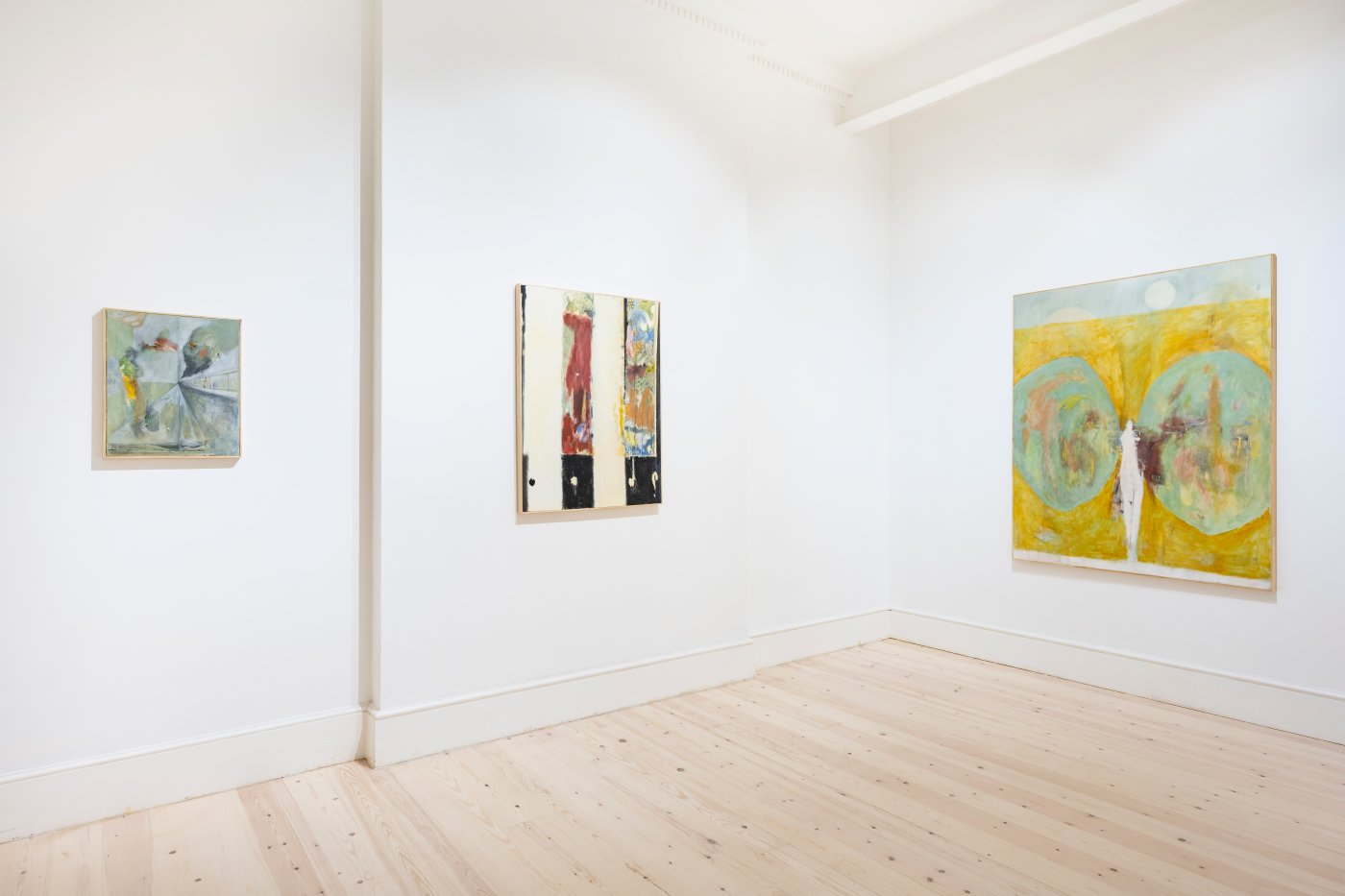 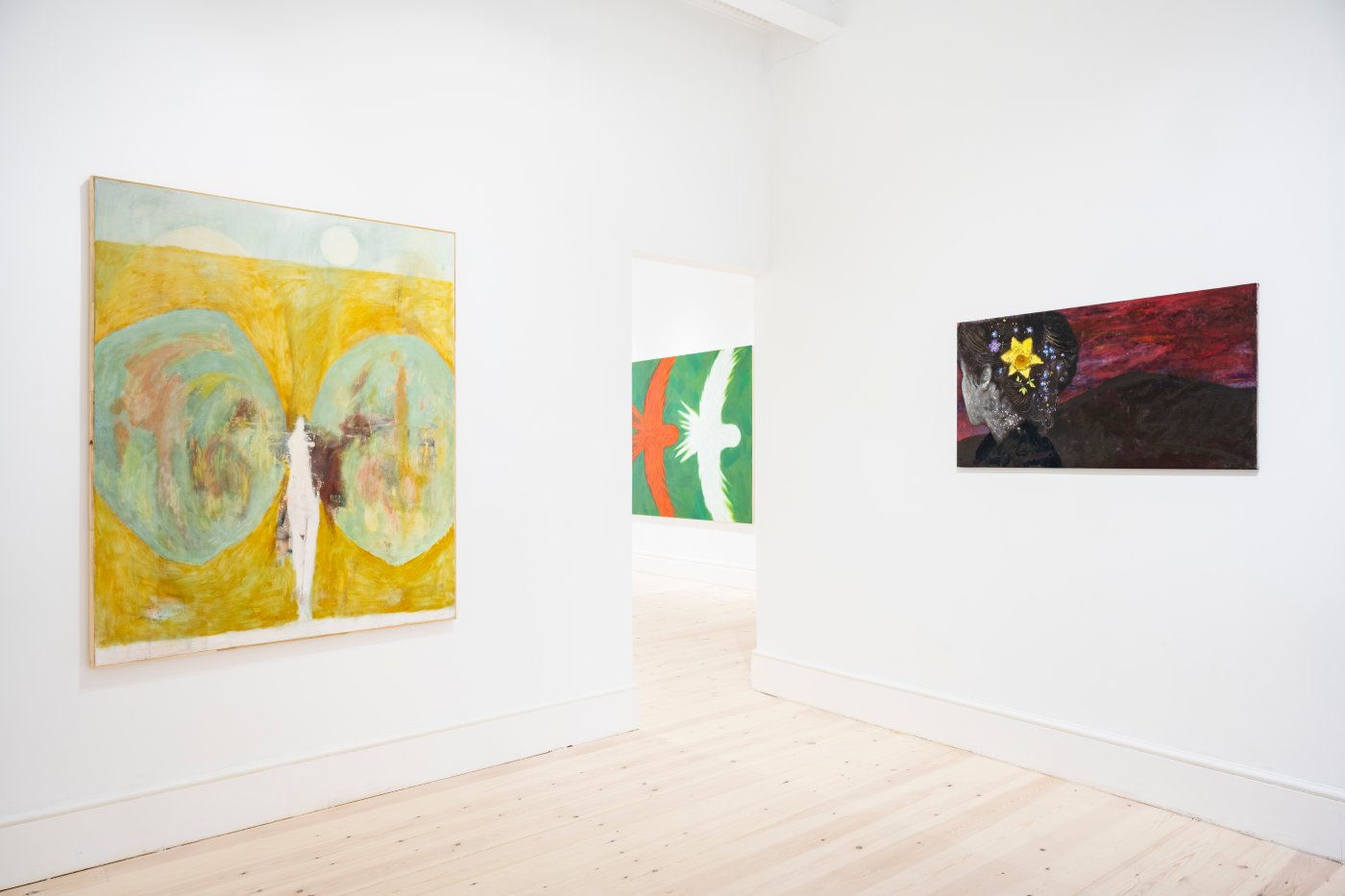 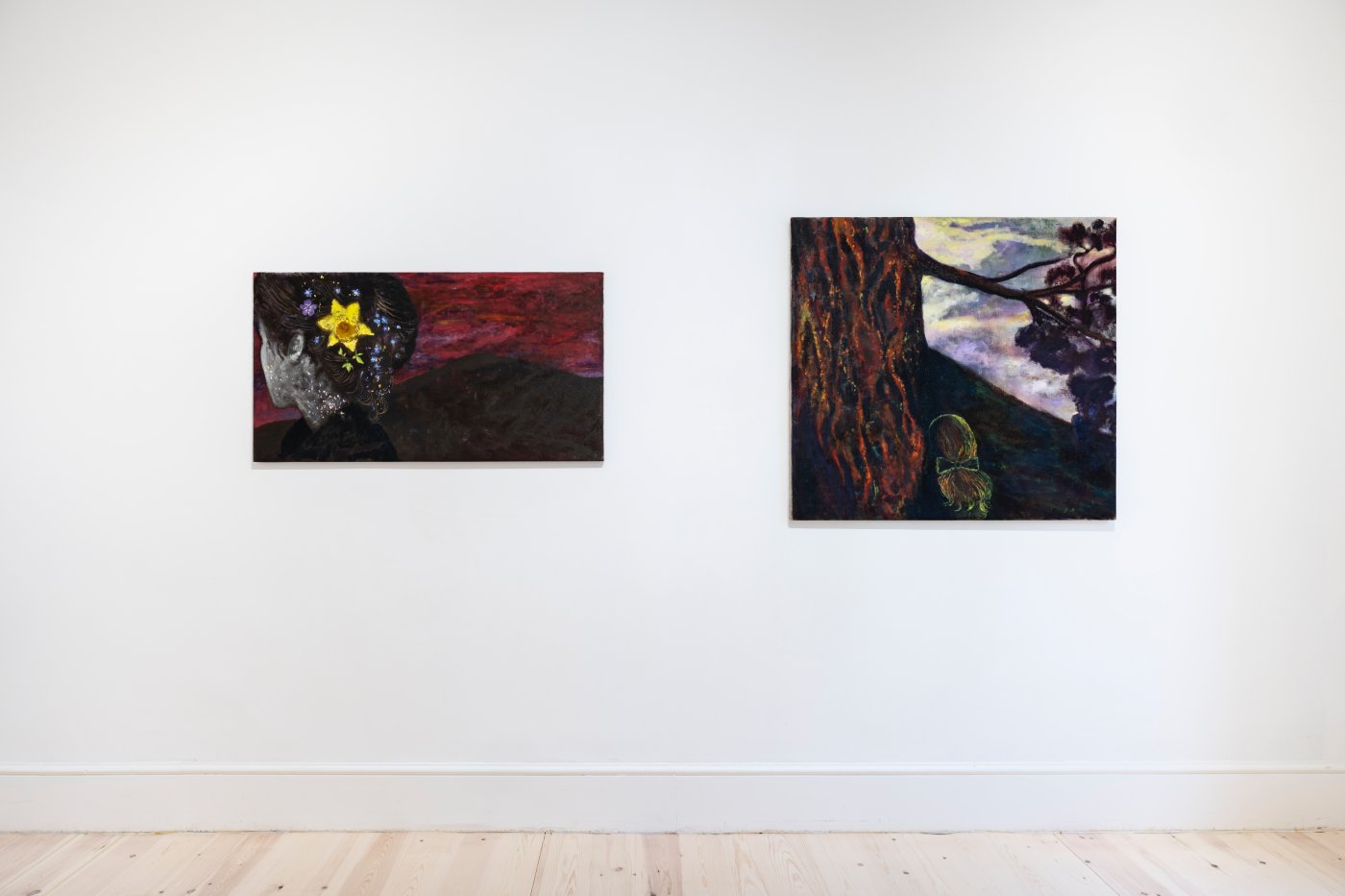 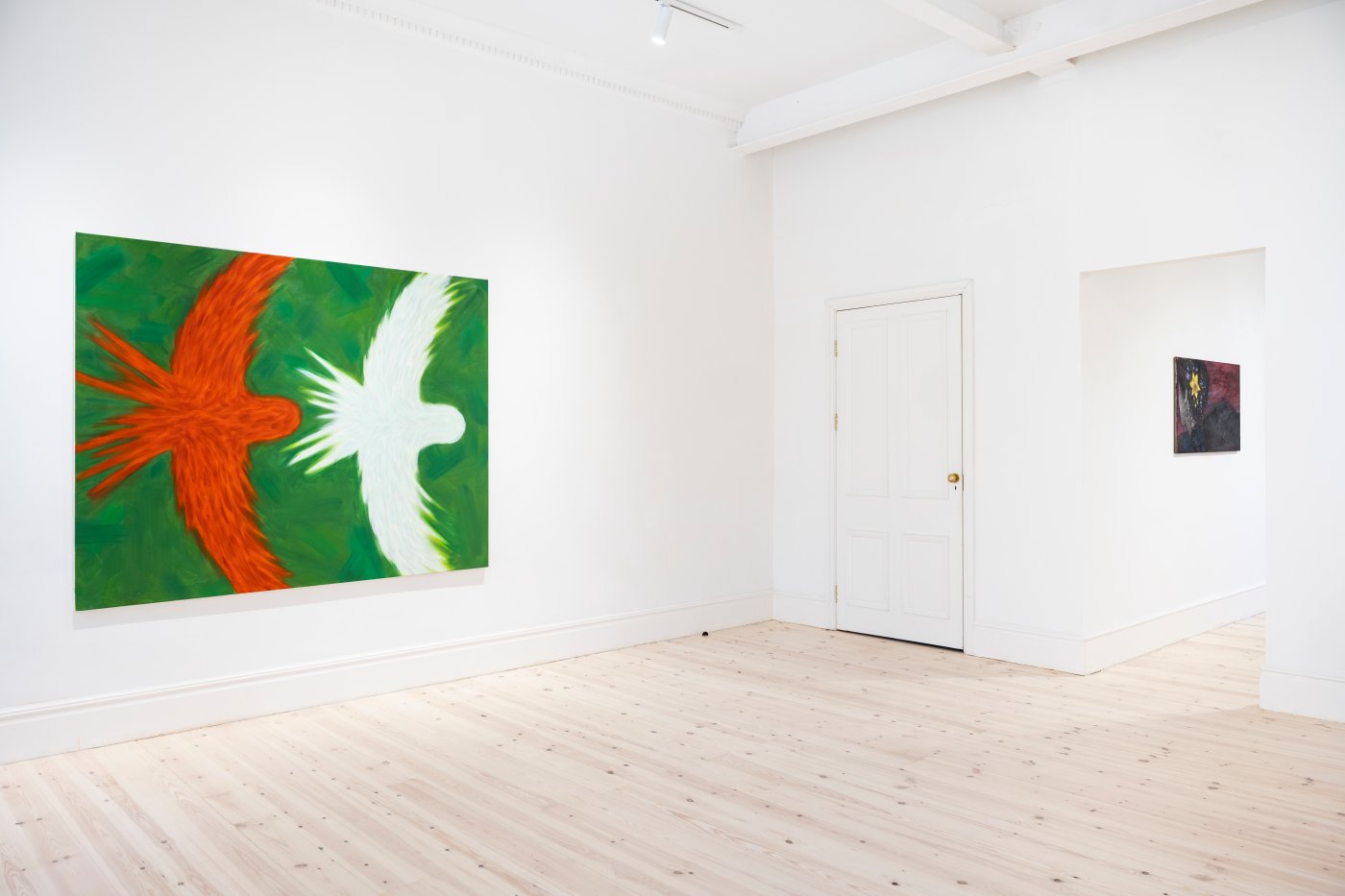 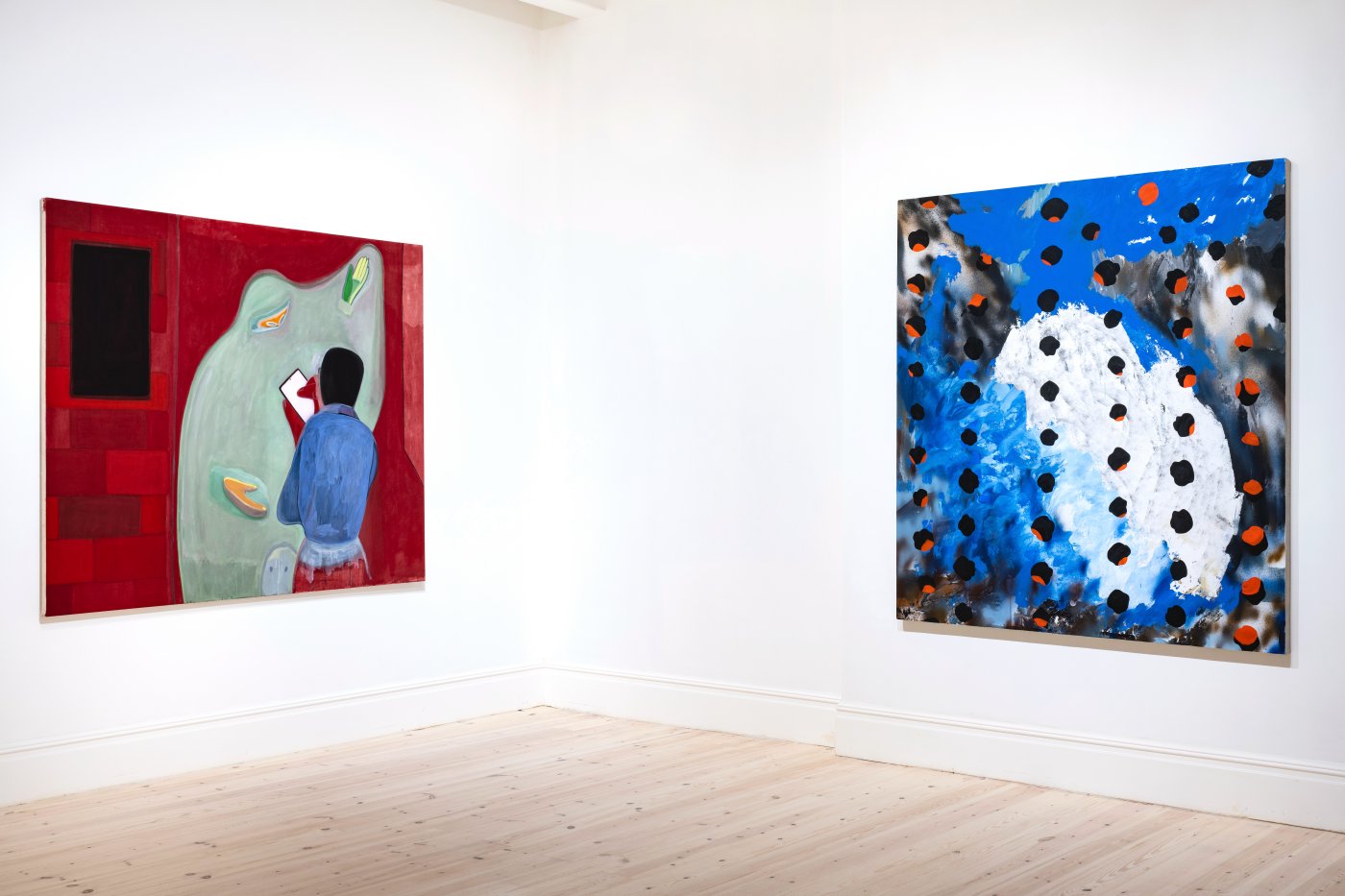 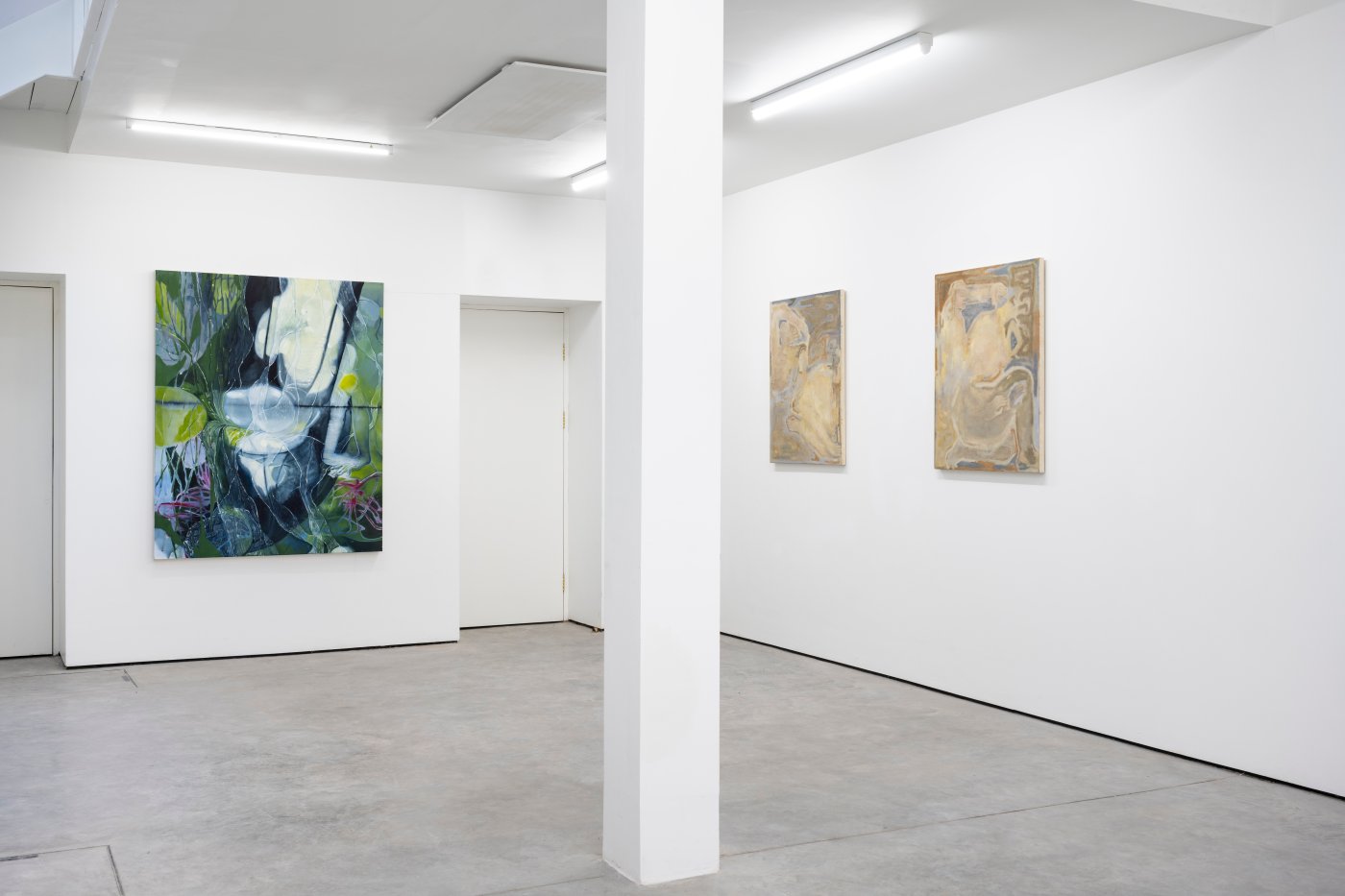 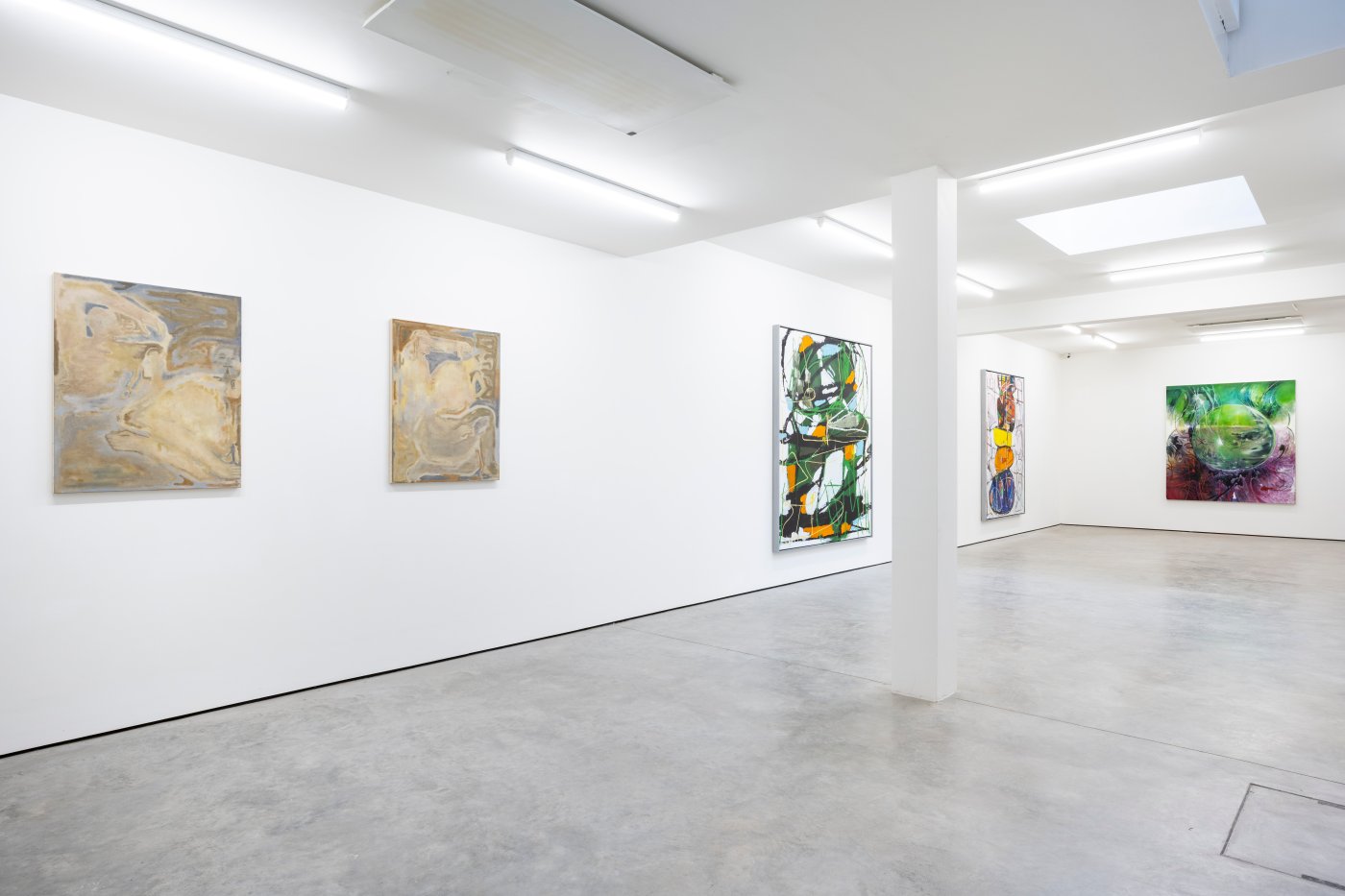 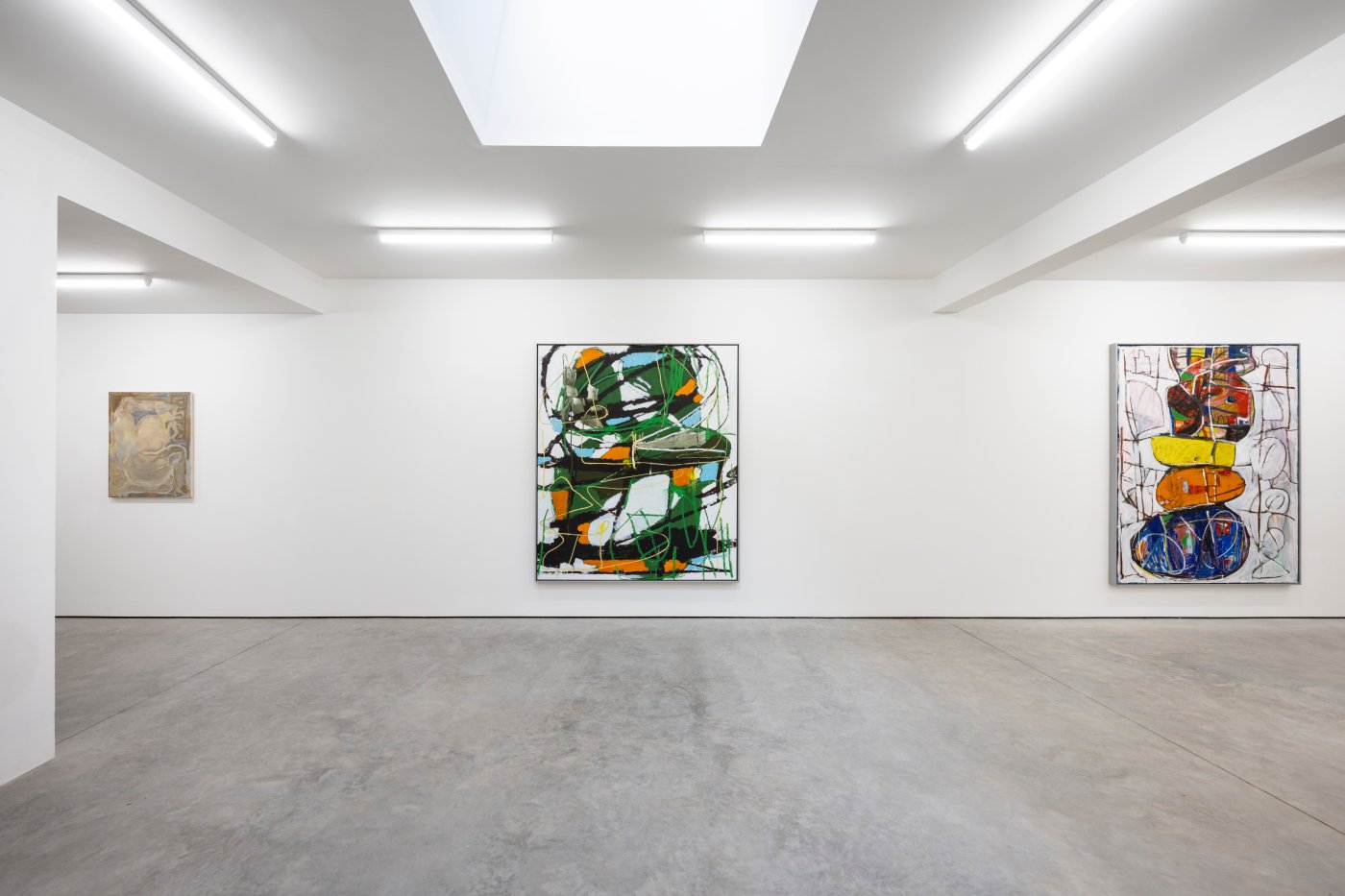 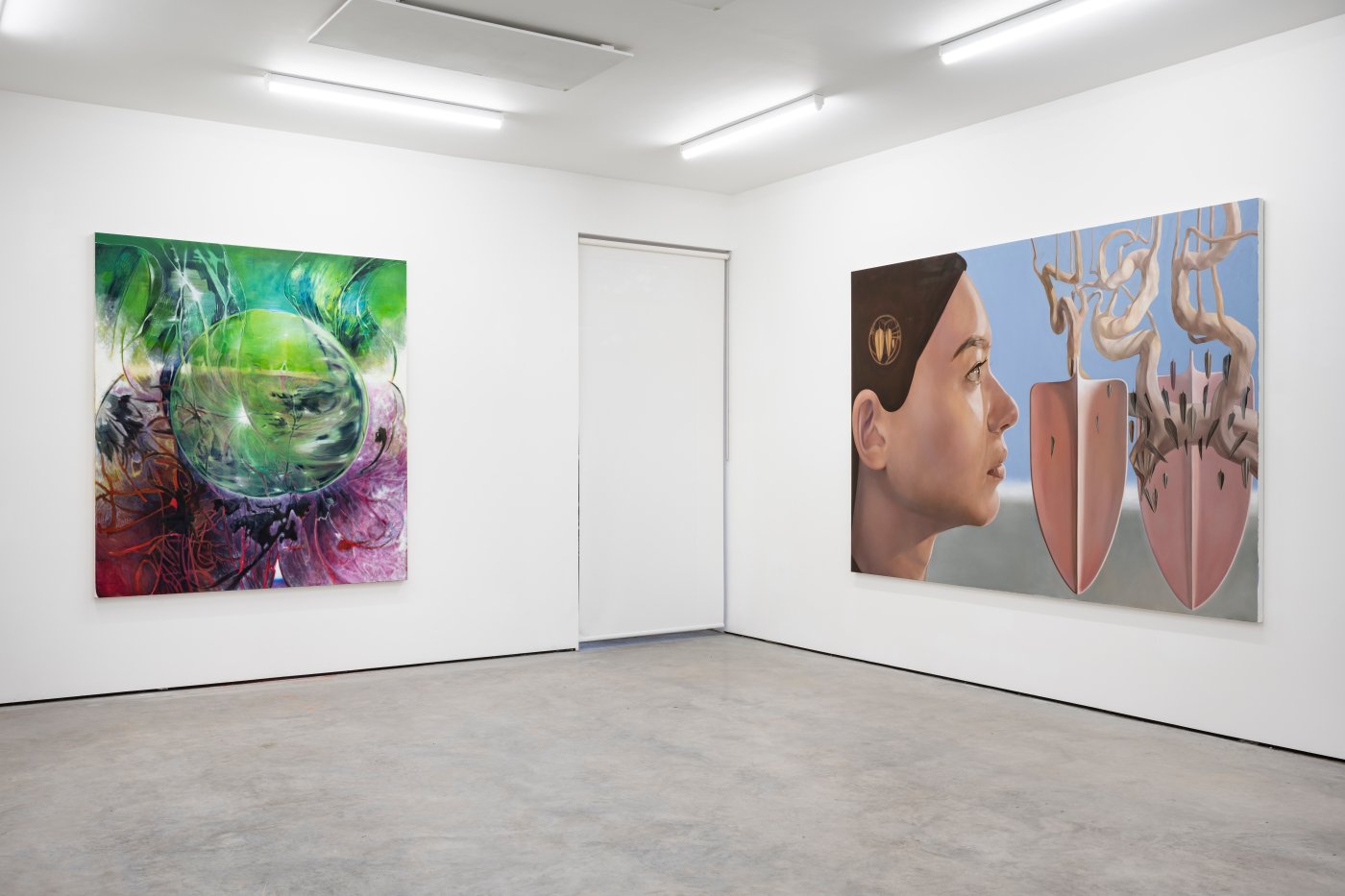 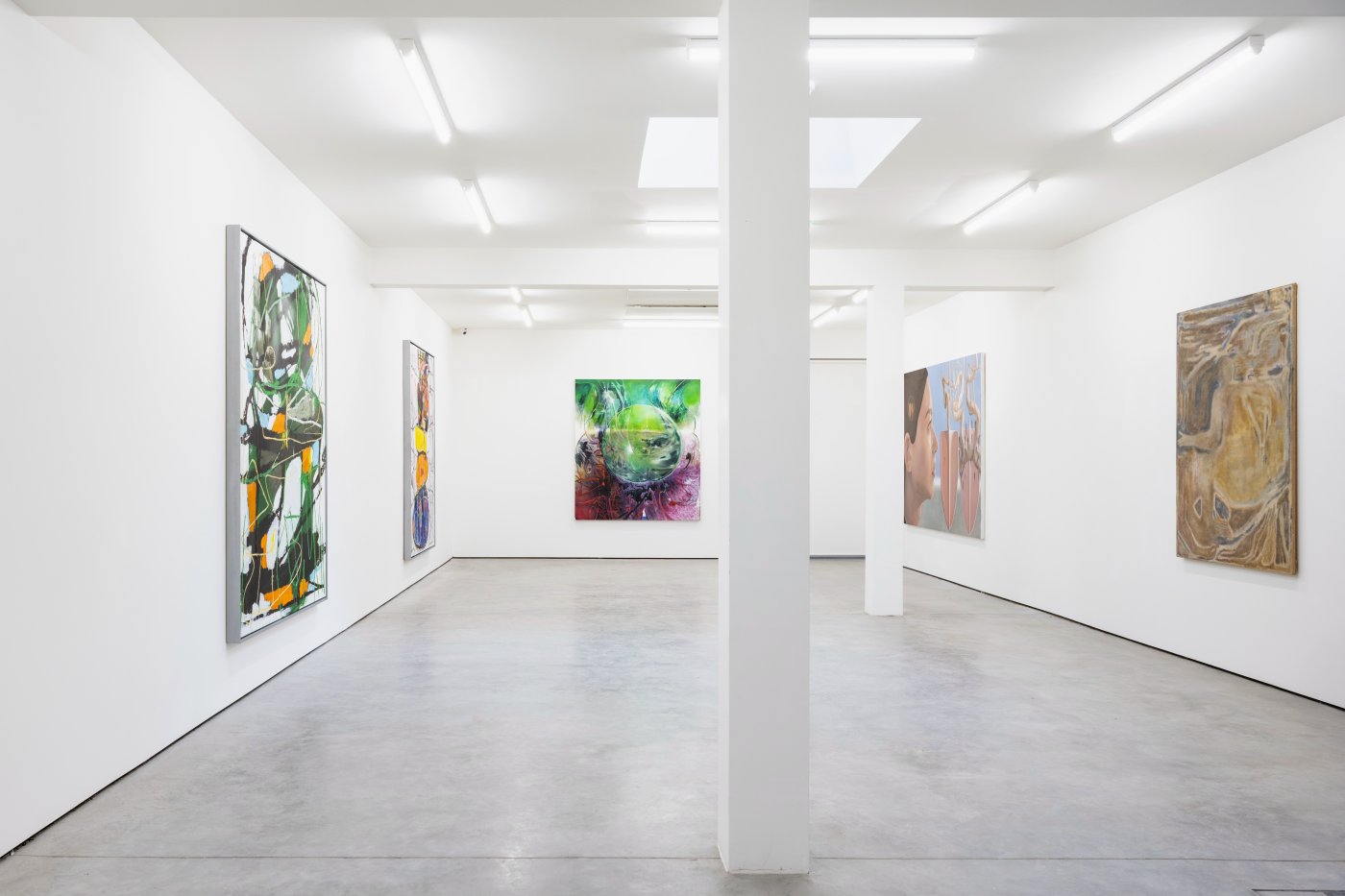 The game could be described as a fusion of science, maths and philosophy, and throughout the story of protagonist Joseph Knecht’s studies of the game, Hesse reveals its mechanics slowly, but never fully. Knecht eventually rejects the ascetic and prescriptive life the game produces, for one intertwined with nature and free thought.

The artists in the exhibition have an individual drive, sense of intuition, and distinctive visual language, producing compositions that portray human figures in dreamlike scenarios, to constellations of objects and body parts in varying degrees of legibility. Each artist engages with visual fragmentation and repetition, throughout the show referring to the artist’s own life, or commenting on how life can be experienced as something impressionistic and nonlinear.

Via a luminous colour palette, bold brush strokes, and recurring human and animal characters, Aman Aheer’s practice functions as an examination of latent violence. Aheer’s complex visual language subtly incorporates certain aspects and symbols from his cultural identity without making them immediately legible to the viewer. Recent, recurring motifs include figures on their haunches, elongated limbs, and sets of birds in mid flight, rendered with dynamic impasto smears of oil paint that he mixes with cold wax. When looked at for a long time, these forms fluctuate between abstract objects and fully fleshed figures.

Ted Gahl’s practice is defined by recurring elements such as elongated, sometimes spectral figures, loose and lyrical brushstrokes, and a keen use of verdant, earthly textures and colours. Rendered from memory, Gahl’s images explore the fidelity of recollection over time. In some paintings, vertical bars of sweeping colour blocks encase figures. These objects break up the canvas, and simultaneously subdivide the image into a multi frame narrative set piece. Working with acrylic, oil pastel, graphite, colour pencil, and chalk, Gahl’s withholds complete legibility, in order to occupy a place that is untethered to everyday reality.

Noah El-Hachem paints with oil on canvas. El-Hachem’s recent paintings exclusively focus on large scale heads, rendered from the side, and leaves from plants. His faces are painted with precision and depicted as if deep in contemplation. The manner in which he paints leaves, means they appear sharpened at the edges, and oscillate in appearance between historical instruments and microscopic close ups. His heads and leaves are painted in neutral territories, sometimes the leaves appear to be raining down on the figure, other times overlaid on a human face, creating
a unique communication between human and nature.

Li Heidi’s painting practice deals with the complexities of image making. Without pre-planning, her canvases tell the story of their own making. Her work is a composite of many references, including the colour palette and freeze frames of Chinese cinema, everyday objects, and nods to her life split between her childhood in China and her recent life in Europe. Keen to embody the sensation of desire, Heidi relishes joyous combinations of forms and colour, completed with a vast variety of brushstrokes. Her compositions allow human organ-like forms to play out a game of hide and seek.

Martin Lukáč’s painting is characterised by a freedom of spirit. Lukáč’s idiosyncratic abstraction uses a wide range of materials and compositions. Using a mix of print technique and conventional painting, on occasions he adheres c-prints of his own mark making to the surface, onto which he will paint over with oil paints and oil stick. Revelling in colour, and with a hunger for scoring
a surface with pigment, his paintings translate the intuited scribbles of his preparatory drawings, retaining and encapsulating their initial energy, immediacy, and impulsiveness.

Sangram Majumdar paints with oil on canvas and linen. Majumdar’s work is immediatelyrecognisable for its unique synthesis of abstraction and figurative style, often rendered in a combination of painting techniques. Layering myriad cultural references, Majumdar straddles a territory of the everyday and the fantastical. When present, the repeated motif of the shadowy striding figure is a key protagonist. Furnished with decorative, multicultural patterns, he successfully incorporates a vast range of sources and styles, to create an entirely unique language of his own.

Vicente Matte draws from his own everyday experience in order to realise his fabulist compositions. Poetic, dreamlike, and joyous, his work depicts actions and interactions between figures which appear from another time. Matte’s inspirations include philosophy, literature, and folklore. Matte paints with Distemper on canvas, a chalk based painting method with historical origins. Distemper encourages a quick application and the resulting works vividly retain this energy. Though spectral, Matte’s figures possess a vital physicality.

Yi To examines the figure of the self as a shapeshifter constantly metamorphosing into new forms. Painting with thinned oil paint and solvents on canvas and sometimes cement, her palette includes shades of earthly ochre and bronze, and tones of azure and yellow. Compressing the past, present and future, her forms occupy a ‘pre-narrative state’, her compositions are made with intuition, without pre-planning, each revealed in fragments. Bodies function as glyphs and pure texture, shape shifting according to the viewer.

Hou Zichao consistently revisits the point between man made and natural forms, often via staged artificial landscape painting, rendered in striking hues and shades of acrylic paint on linen. Reflecting his life lived between Europe and Asia, his constructed scenes are visibly multicultural in inspiration. His compositions function as stage sets for the occlusion of unfamiliar and recognisable forms, with a luminosity suggestive of the digital screen, he creates a facsimile of nature, and a projected landscape of the future.