I came to realize that my mother, her mother, my aunts, and all the others from Gee’s Bend had sewn the foundation, and all I had to do now was thread my own needle and a piece of quilt.
Loretta Pettway Bennett (b. 1960), daughter of Qunnie Pettway (1943–2010), granddaughter of Candis Pettway (1924–1997) 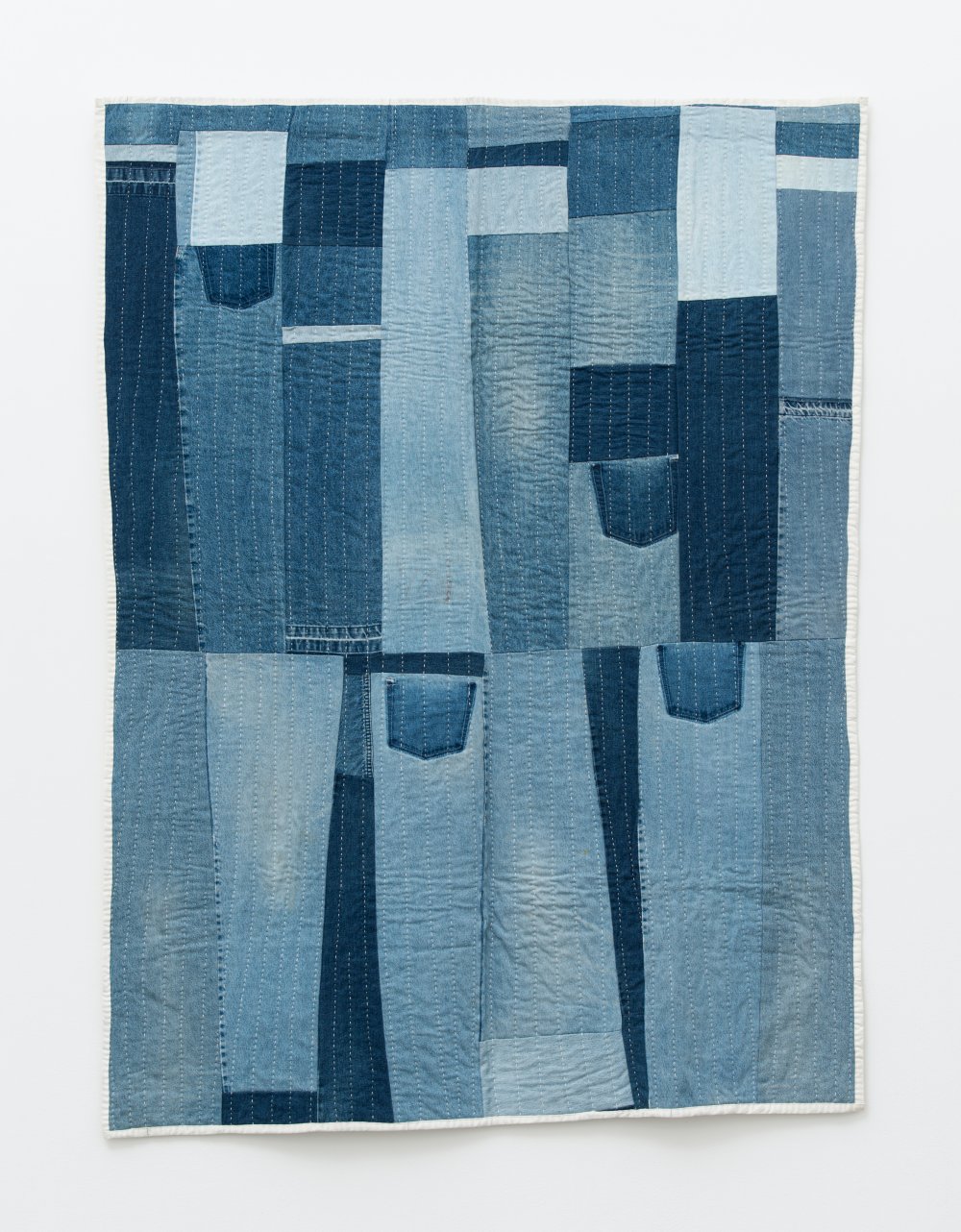 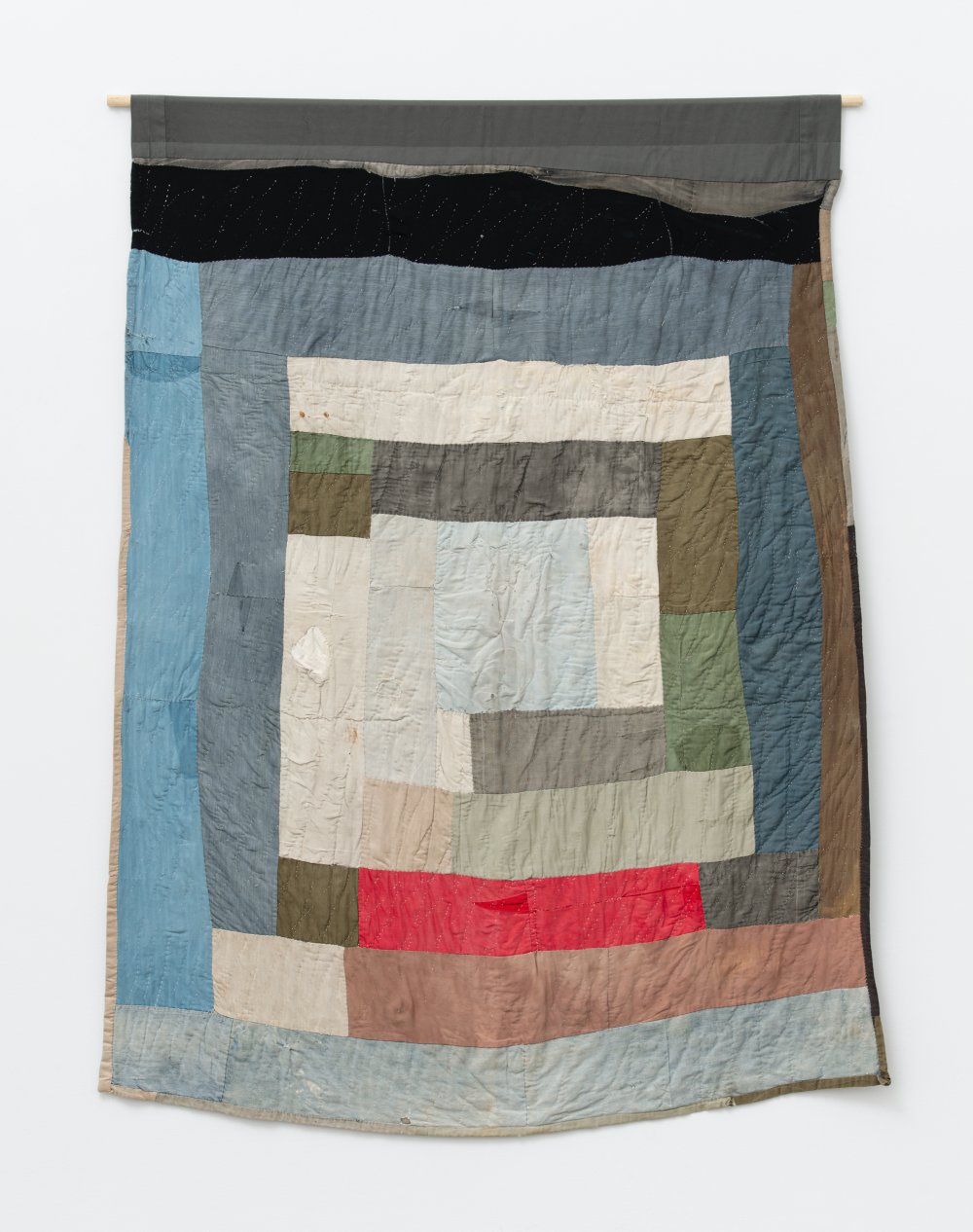 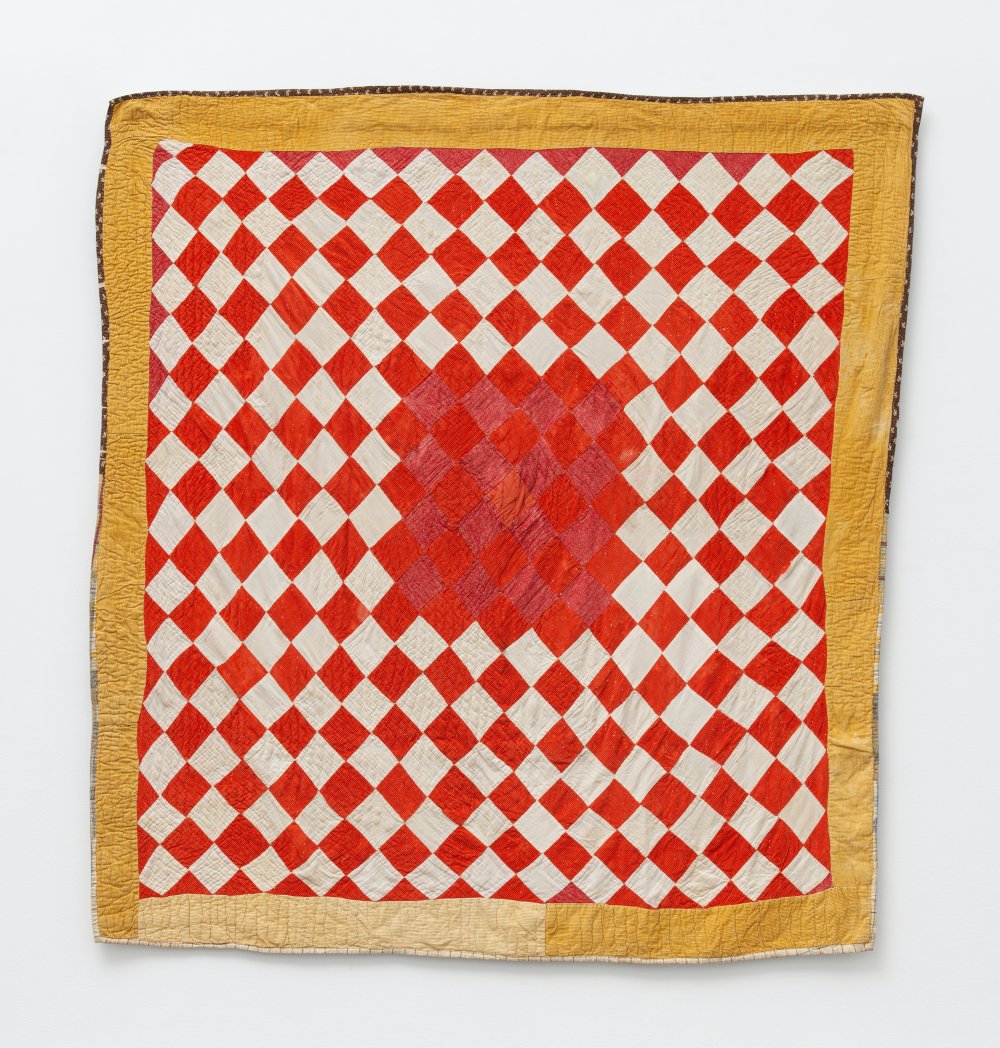 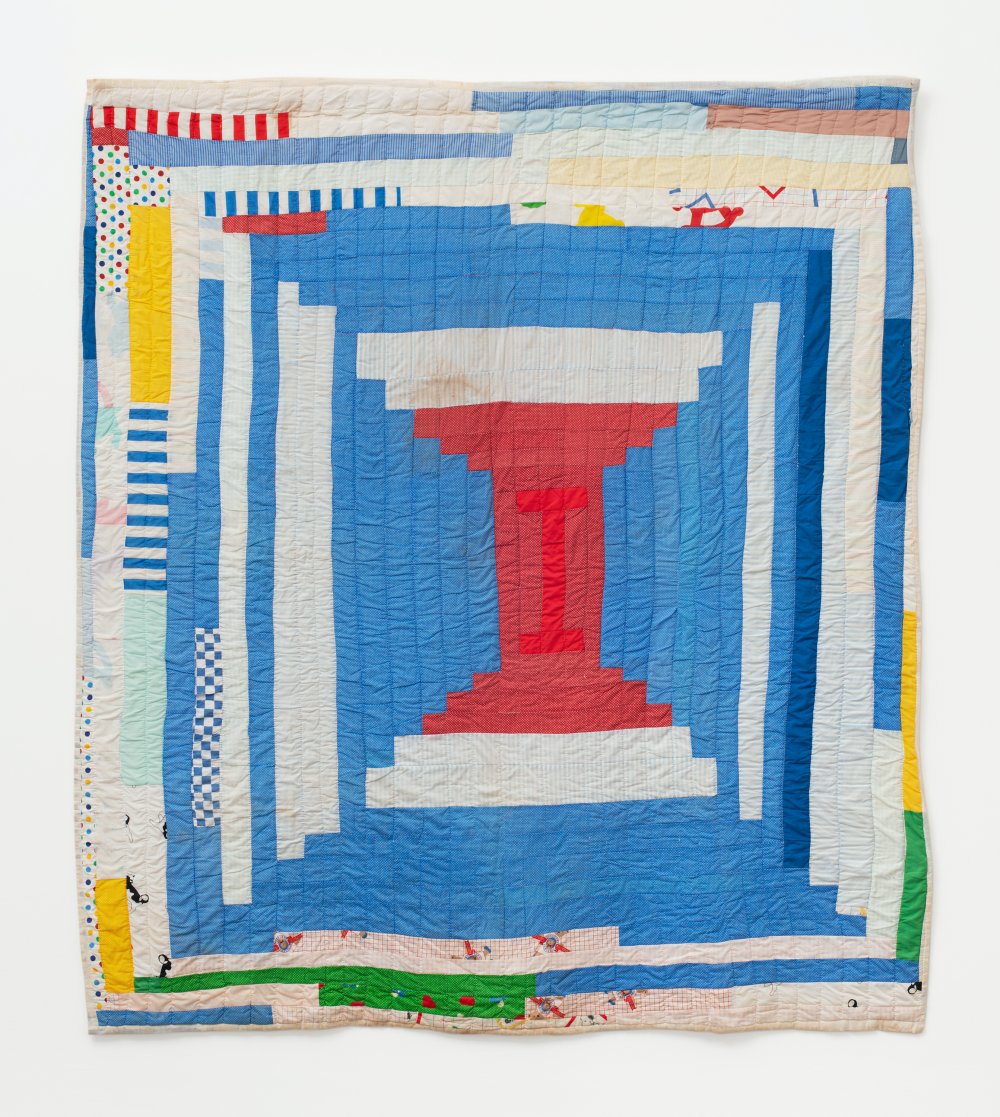 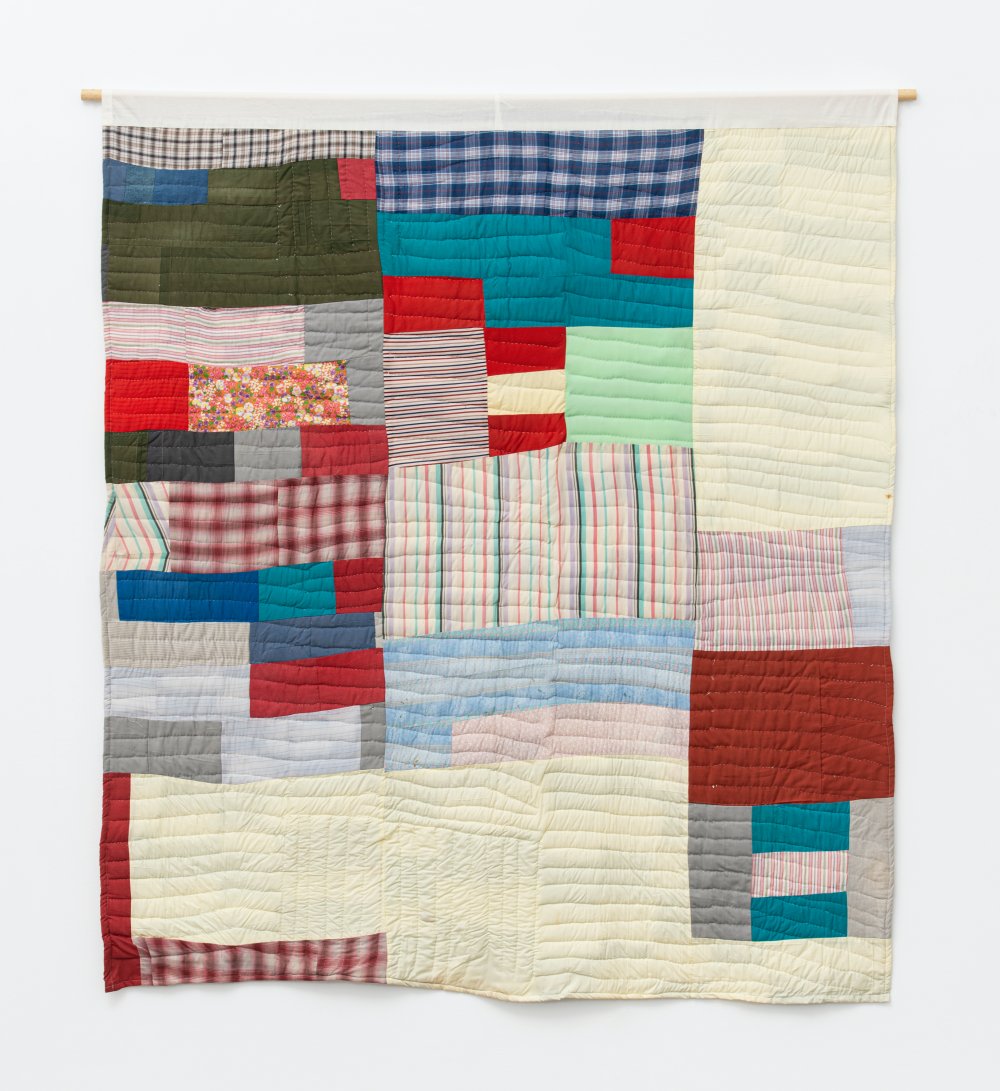 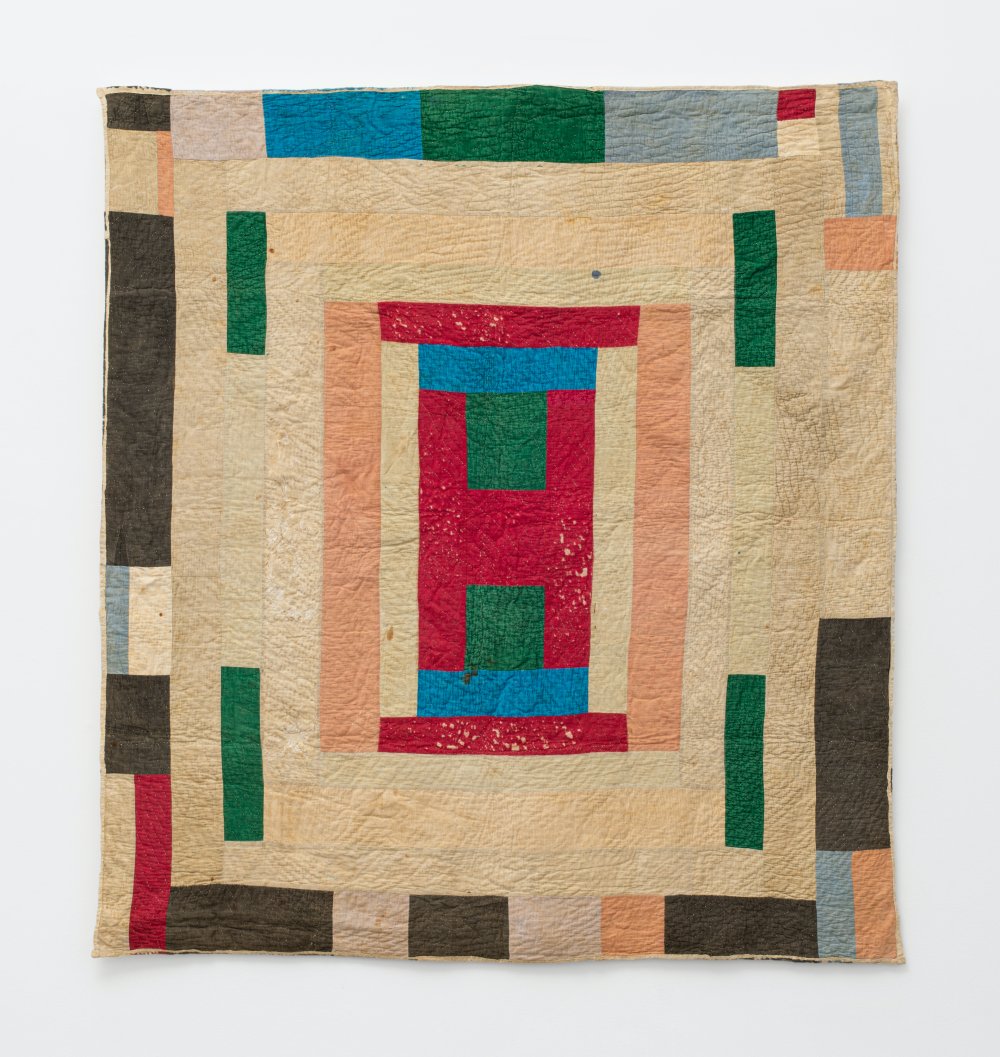 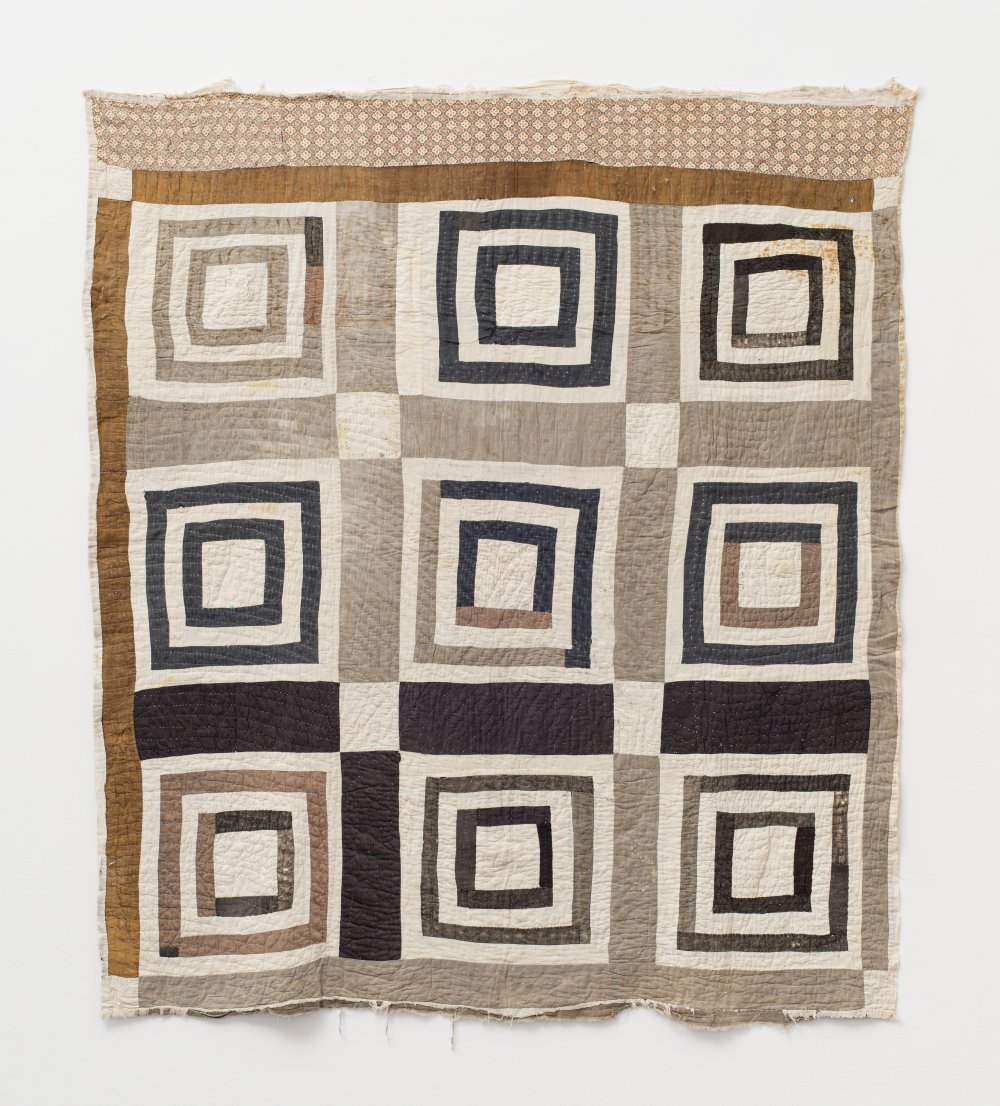 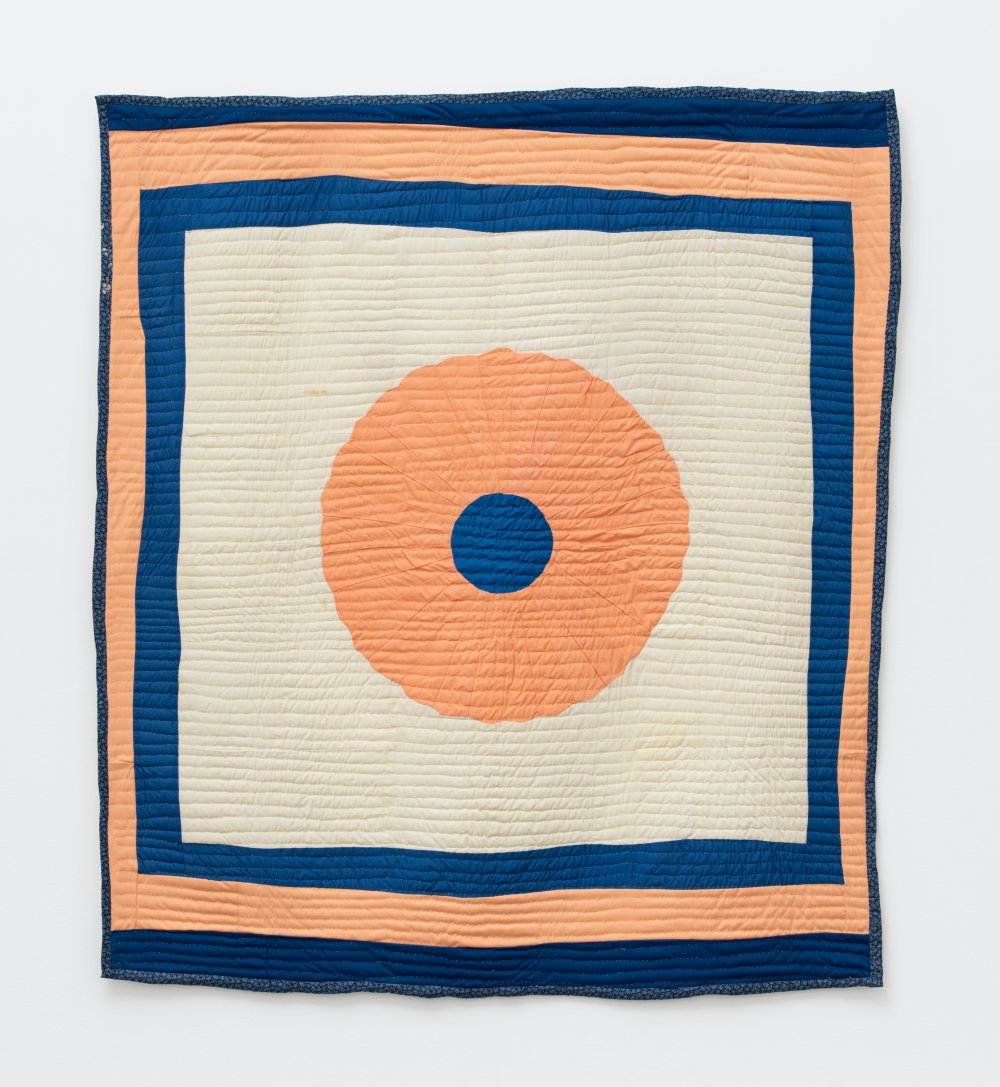 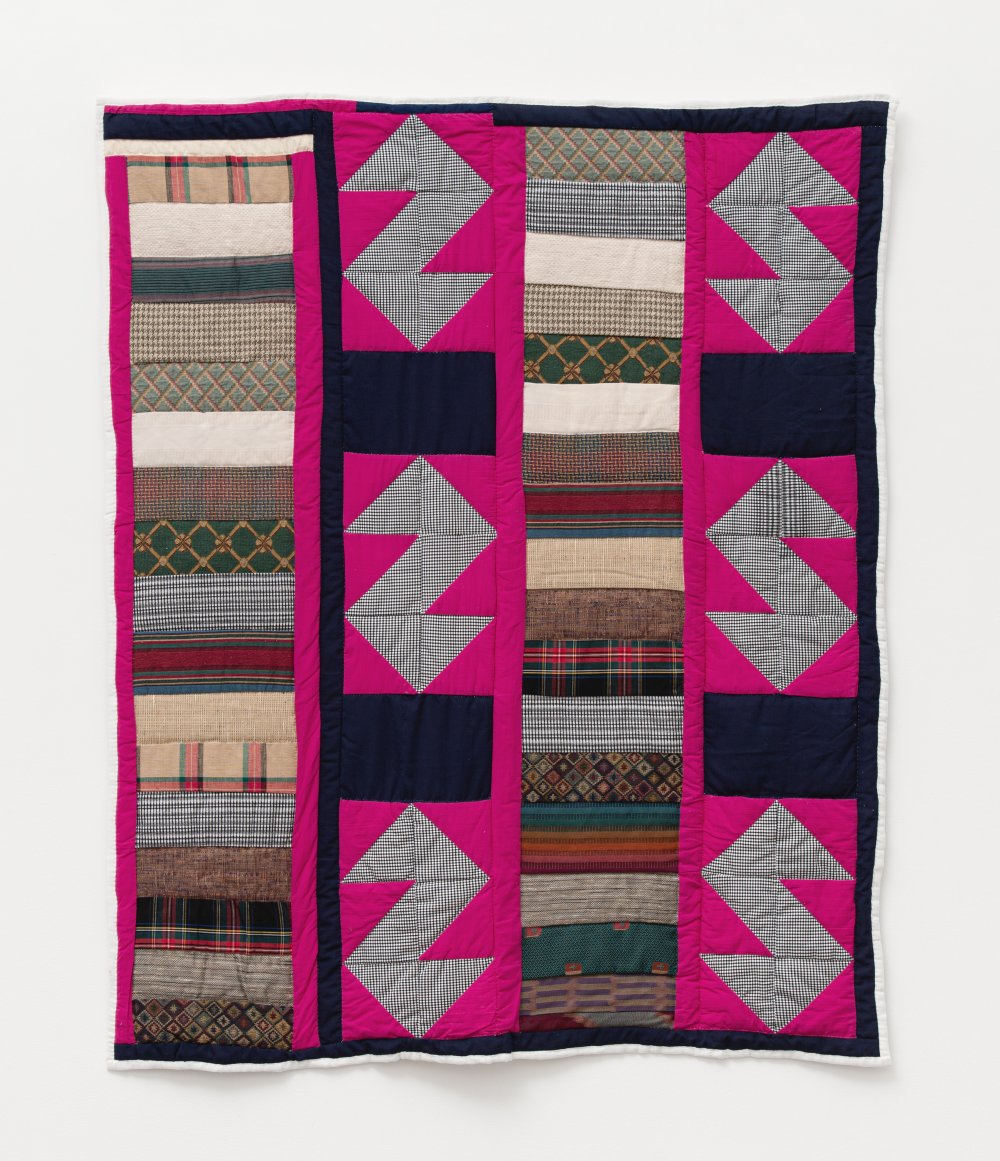 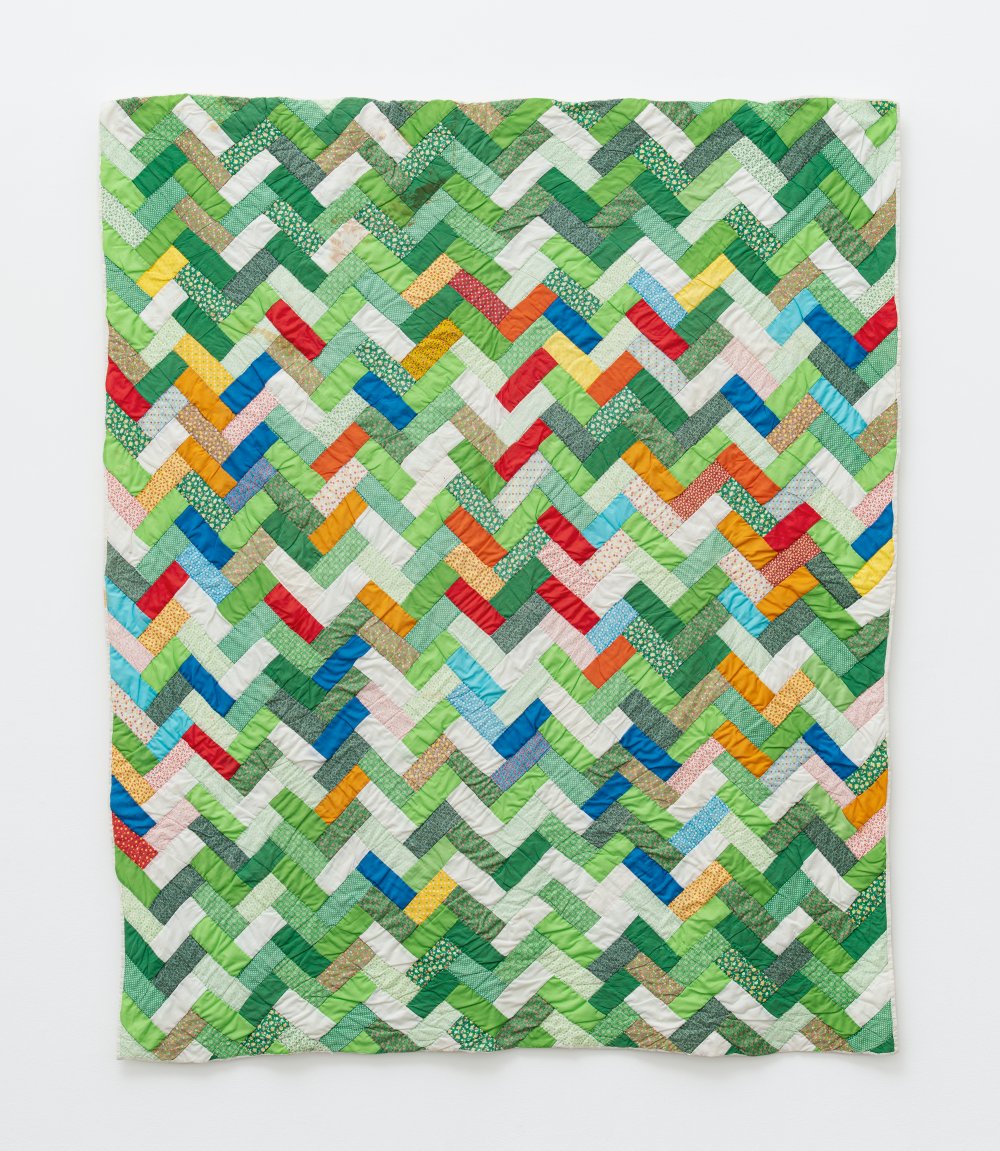 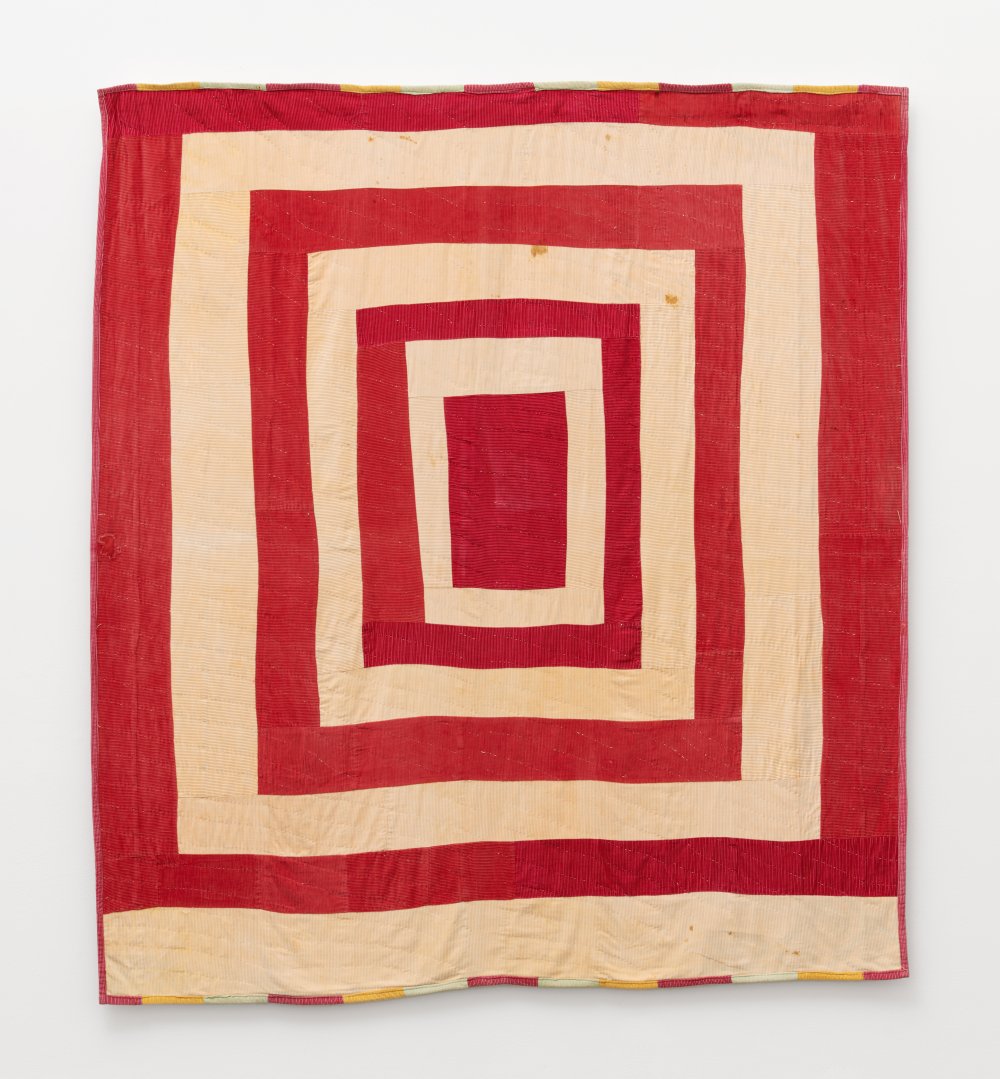 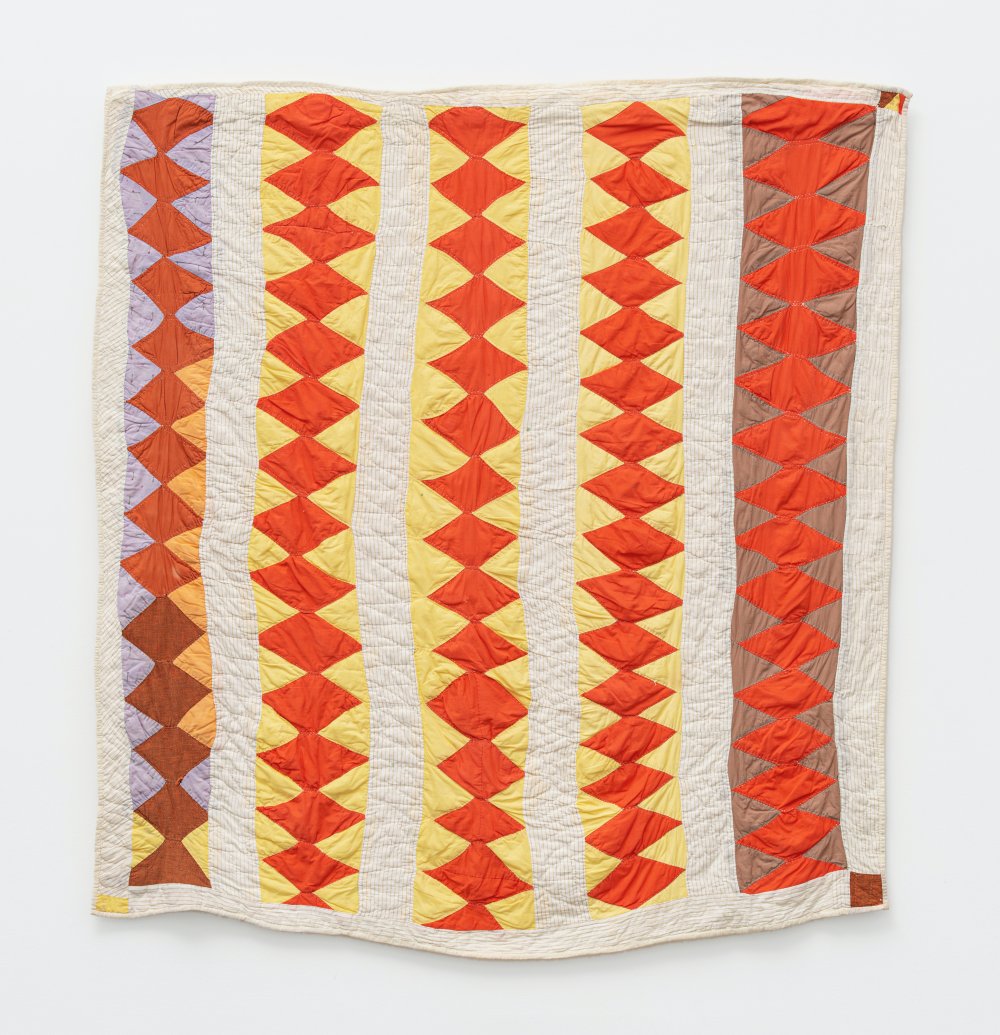 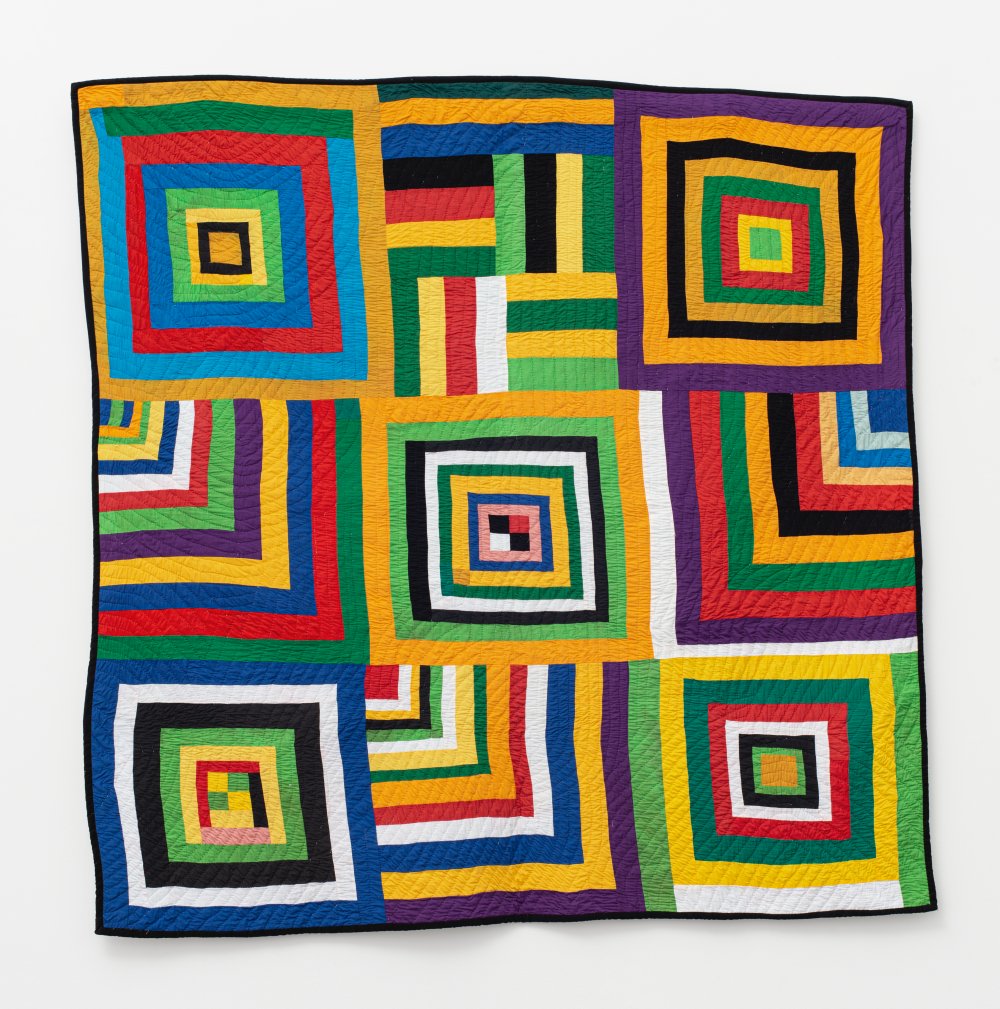 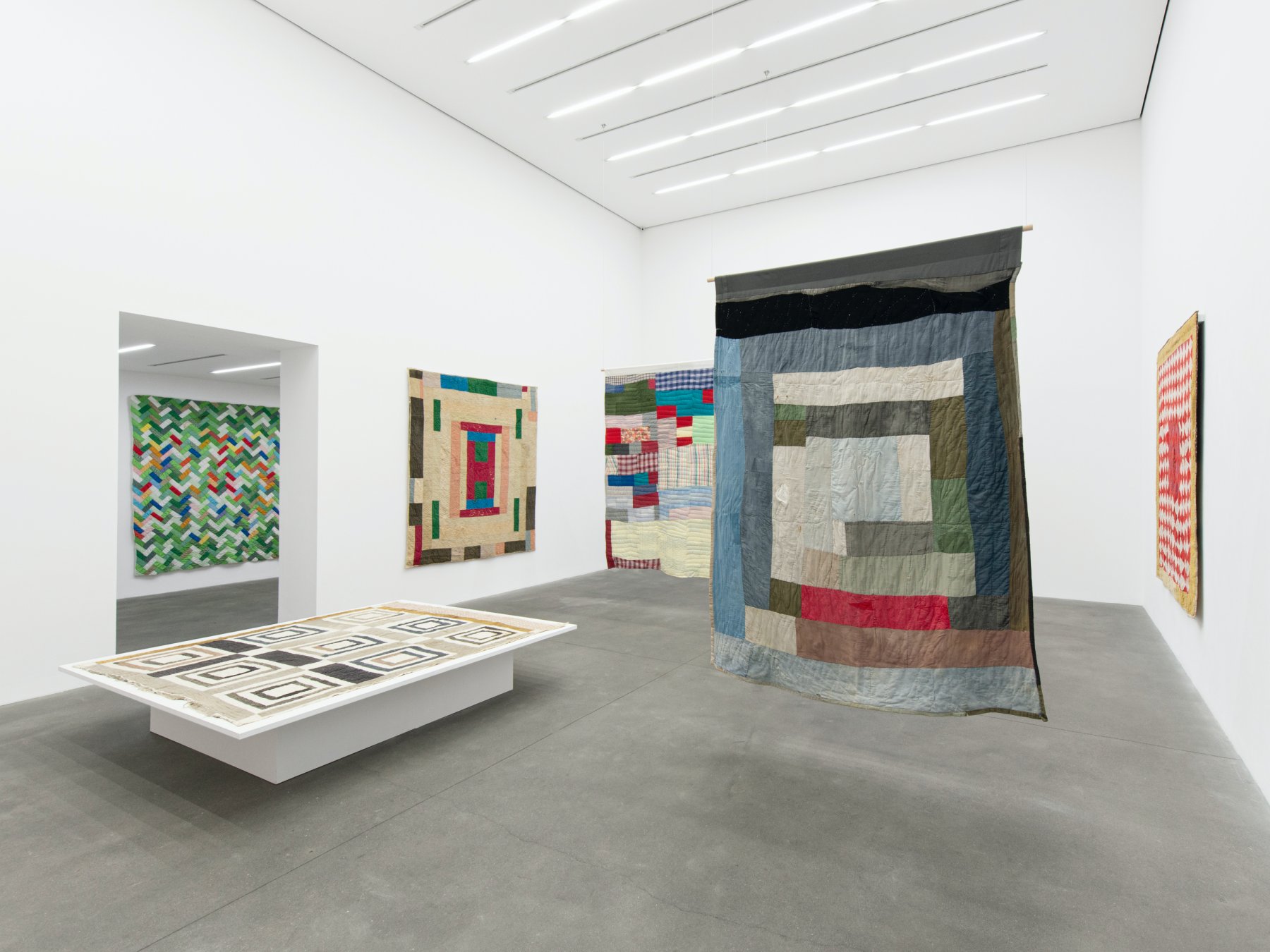 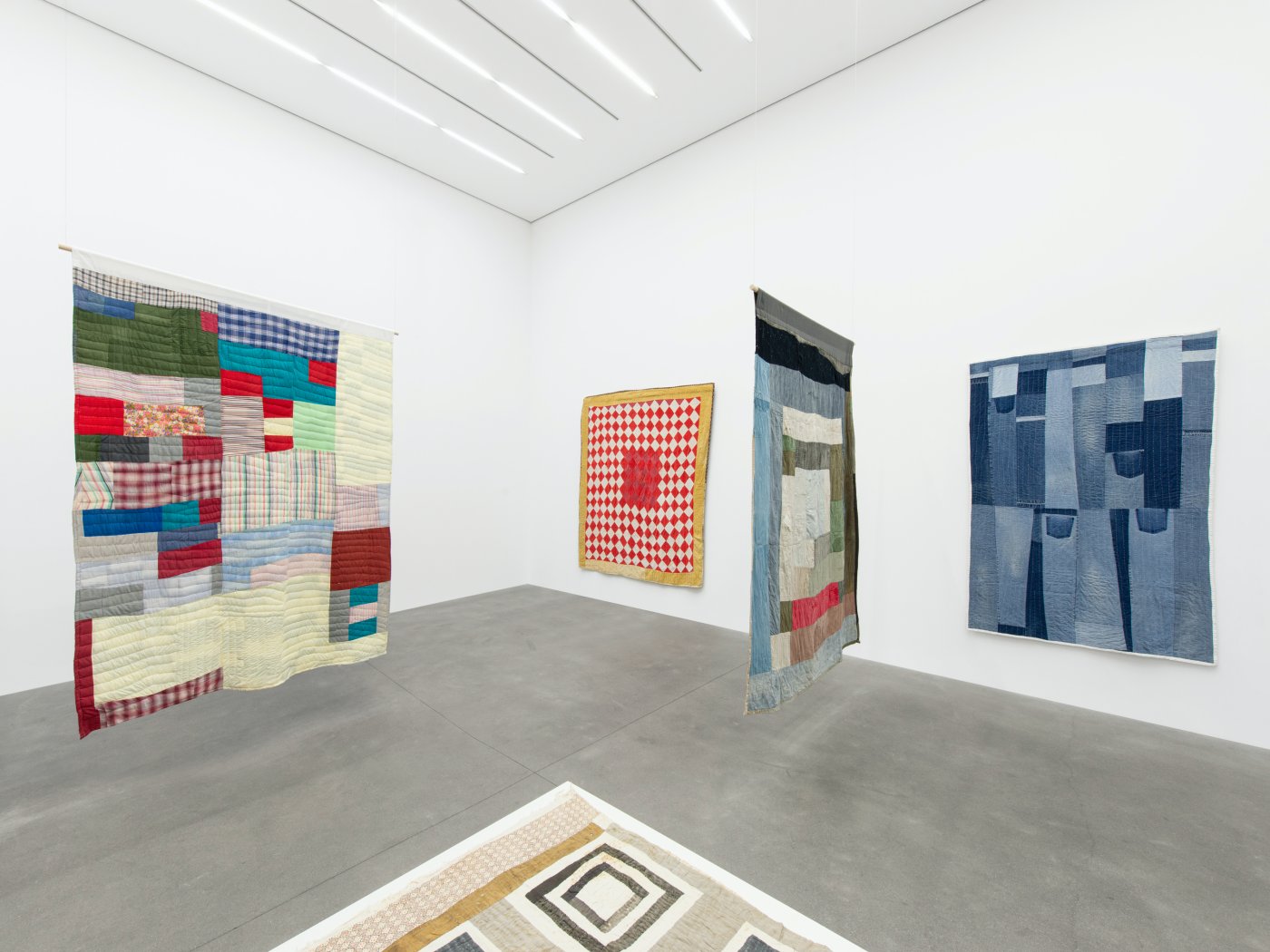 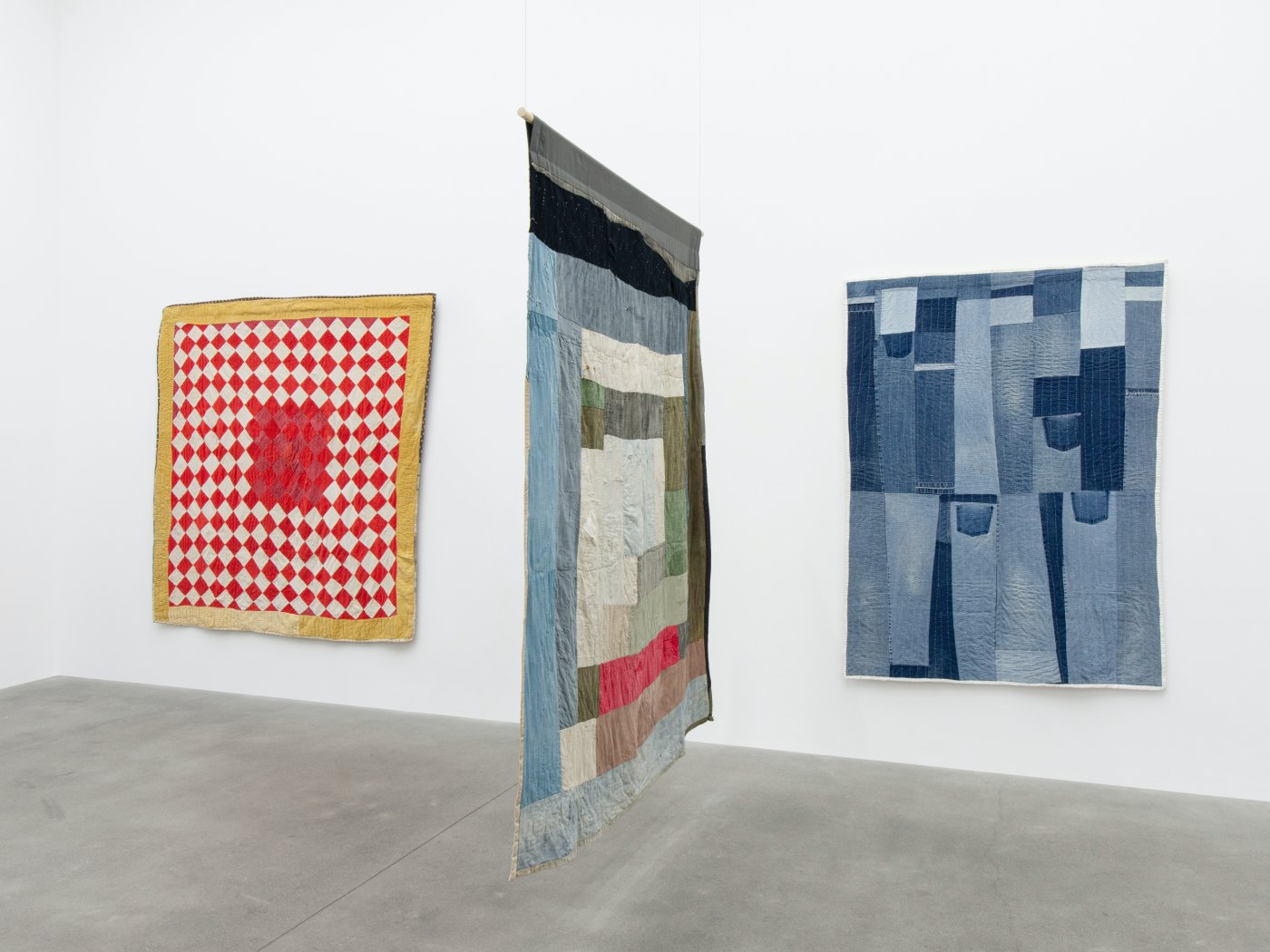 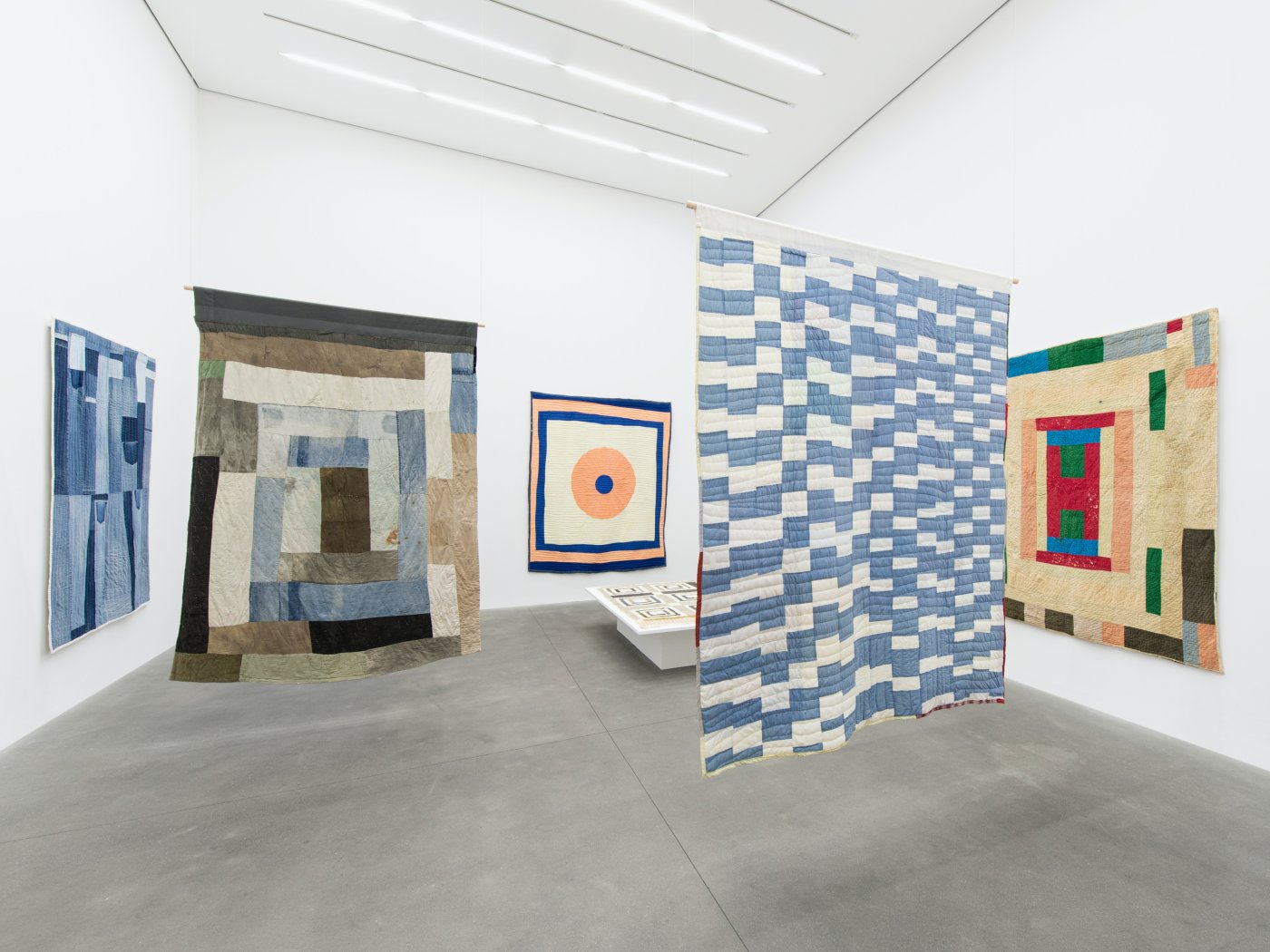 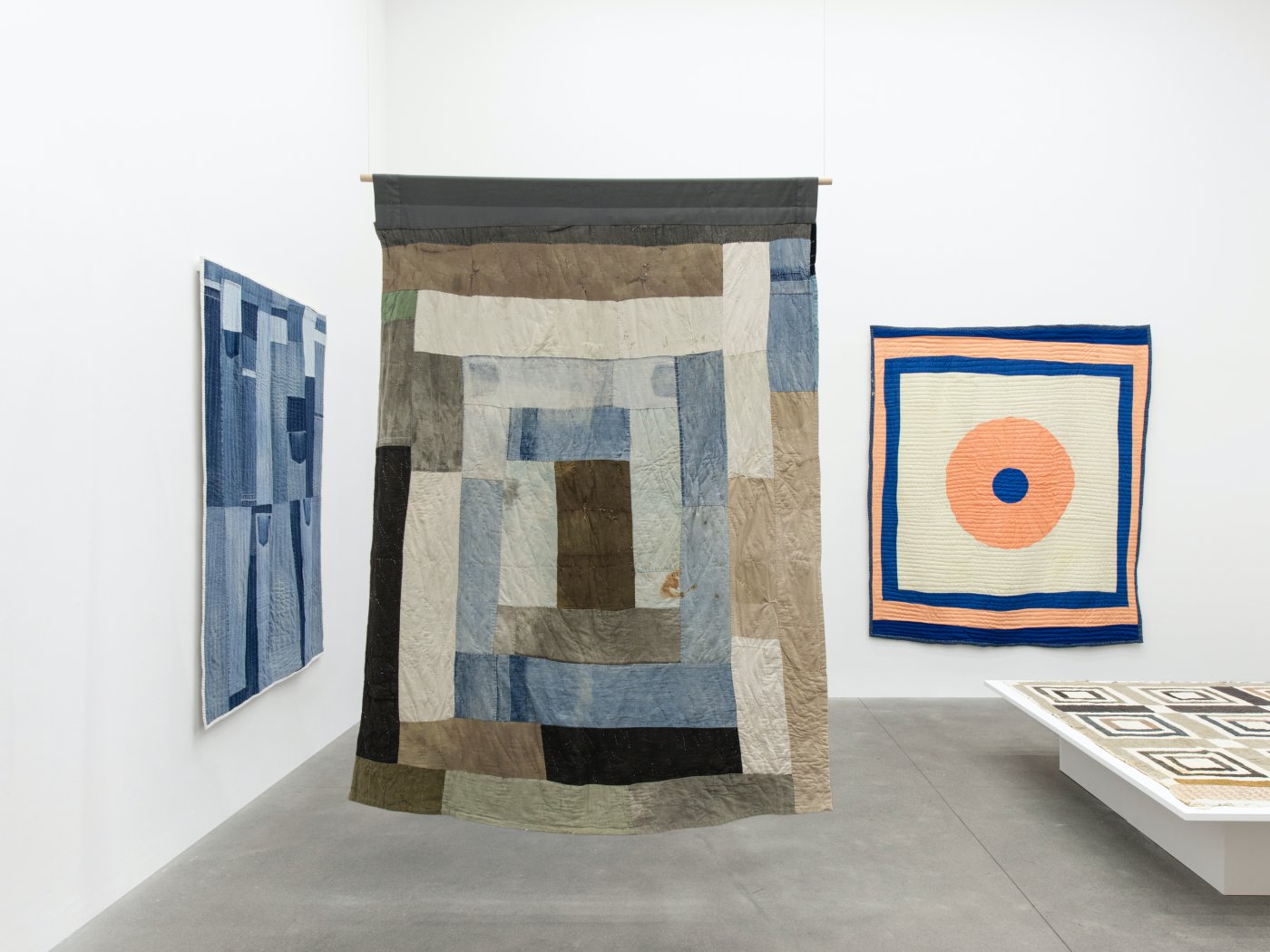 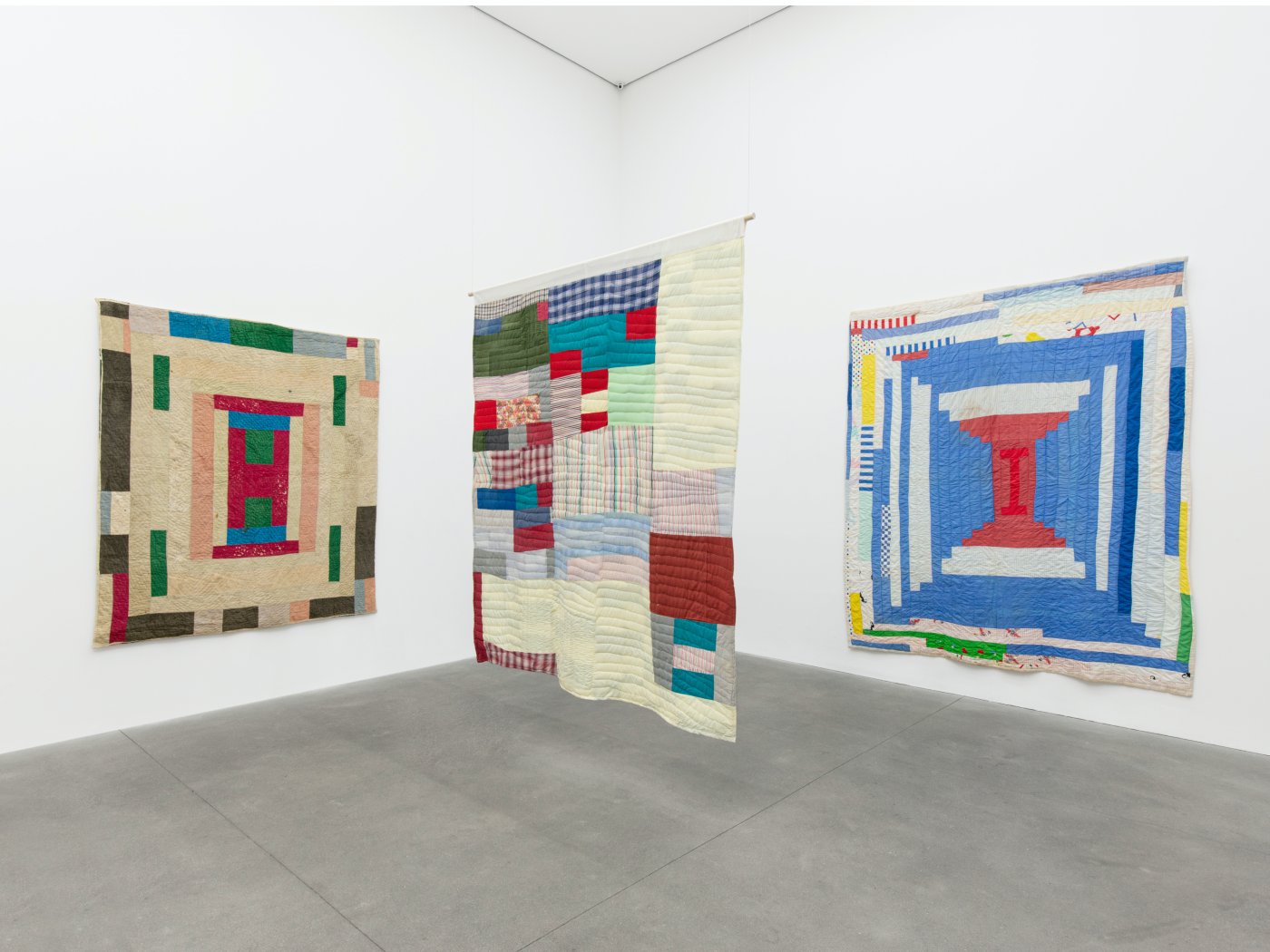 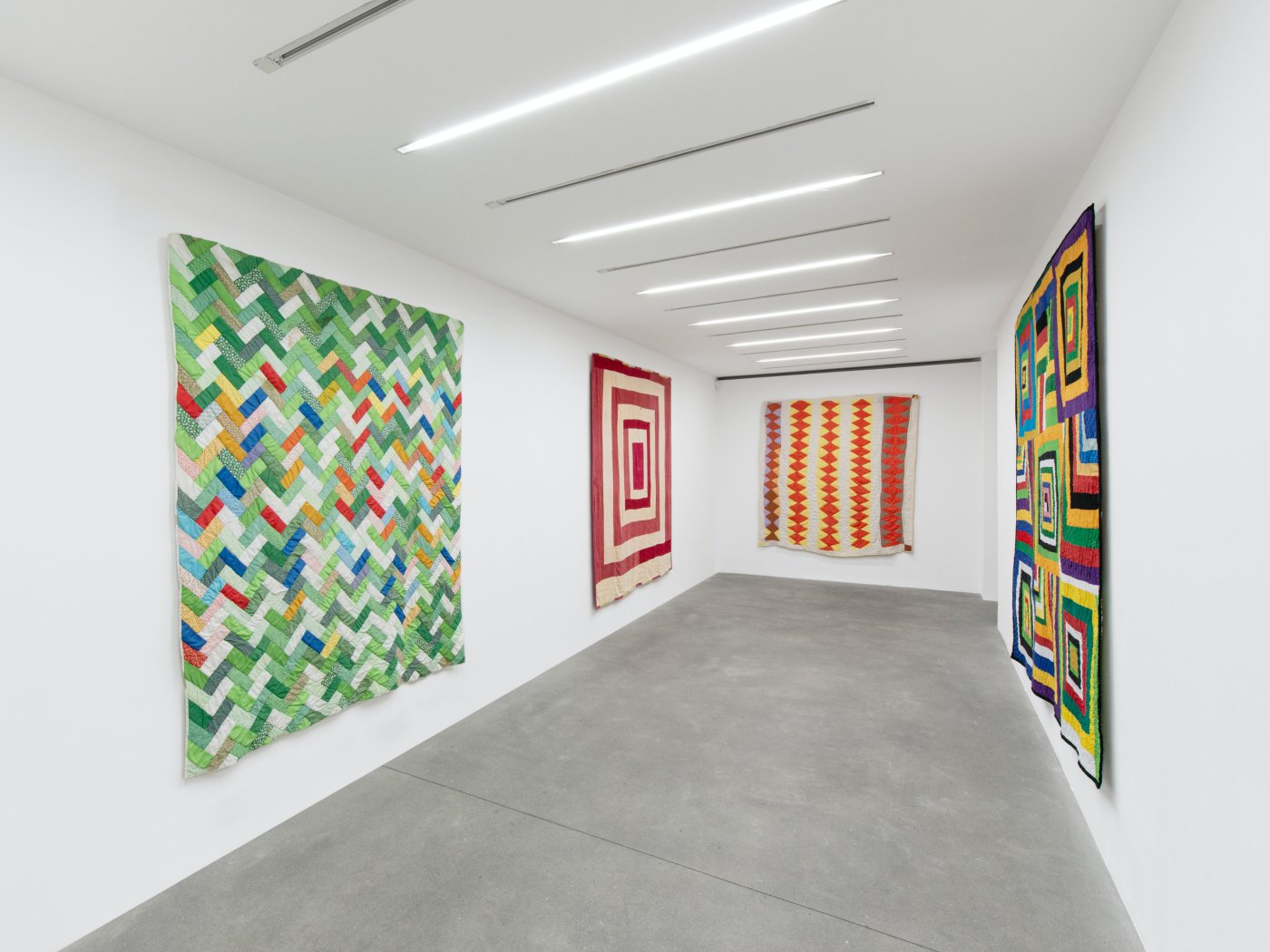 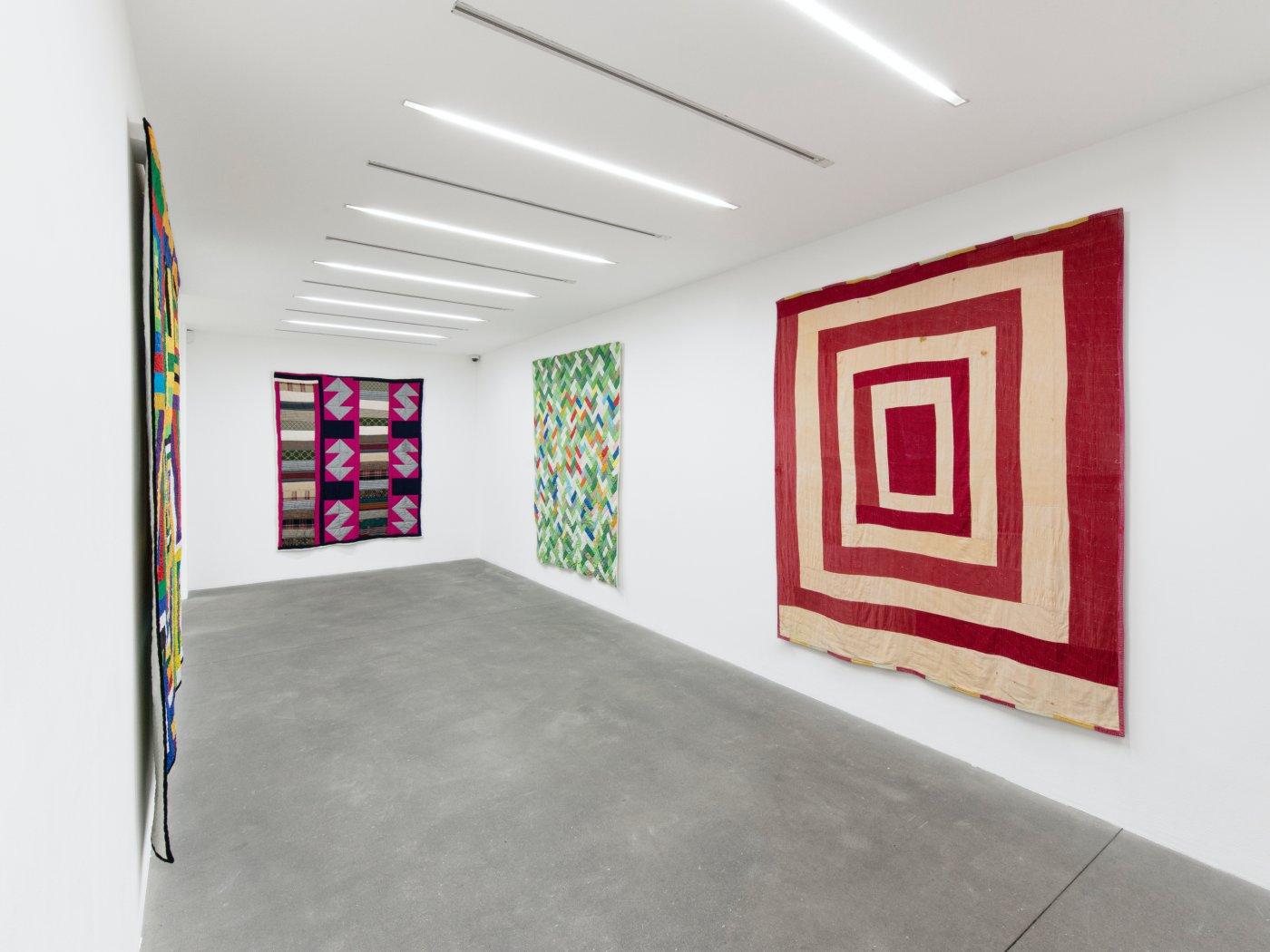 The show is organised in partnership with the Souls Grown Deep Foundation, a non-profit organisation dedicated to the preservation and promotion of the contributions of African American artists from the Southern states, and provides a survey of quilts spanning nearly 100 years, with a number of the artists still living and working in Boykin to this day.

The geographic isolation of Boykin has fostered a unique environment for both the women’s art community and their chosen method of quilting. The experimental processes and compositional language of the quilts have been passed down through generations of Gee’s Bend residents, from grandmothers to mothers to daughters. This idea of inherited knowledge is a key part of the artists’ work, something demonstrated here by the inclusion of works by members of the same family. A quilt from the 1930s by Annie E. Pettway (1904–1972) is presented alongside another by her granddaughter, Rita Mae Pettway (b. 1941); a quilt from the 1950s by Aolar Mosely (1912–1999) comes together with work from her daughter, Mary Lee Bendolph (b. 1935), and her granddaughter, Essie Bendolph Pettway (b. 1956). The familial lines that run through the show allude to the importance of communality and continuity to the Gee’s Bend Quiltmakers, with their techniques preserved and uniquely interpreted by each generation. In this sense, the quilts signify both a collective past and a hope for the future.

Uninhibited by the conventions of fine or folk art, the Gee’s Bend quilts constitute a crucial chapter in the history of American art. The vivid and multi-layered textiles preserve numerous vocabularies and approaches to form; the interplay between symbols and asymmetry refers to histories of African textiles while also evoking the formal qualities of Modernist painting. Forgoing more traditional art historical classifications, the quiltmakers organise their quilts into loose categories: ‘Abstraction & Improvisation’, ‘Pattern & Geometry’, ‘Housetop & Bricklayer’, ‘Lazy Gal’ and ‘Work Clothes’. As Michael Kimmelman wrote of the Gee’s Bend quilts in The New York Times in 2002, following the inclusion of several works in a group exhibition at The Whitney Museum of American Art: The results, not incidentally, turn out to be some of the most miraculous works of modern art America has produced.

Kimmelman continued: These women, closely bound by family and custom […] spent their precious spare time—while not rearing children, chopping wood, hauling water and ploughing fields—splicing scraps of old cloth to make robust objects of amazingly refined, eccentric abstract designs. But the Gee’s Bend quilts were not sewn in the name of recreation alone—and neither were they originally conceived of as artworks. Instead, they were created out of necessity and a staunch belief that nothing should go to waste. When the nights grew cold, the women would stitch together scraps of fabric to insulate their children’s beds. Which is not to say that aesthetic consideration was not given. It was, and is, a common practice for the quiltmakers to publicly ‘air out’ their quilts every Spring, providing members of the local community with the opportunity to survey one another’s methods and take inspiration for their future designs.

The residents of Gee’s Bend are almost all descendants of slaves who worked on the original Pettway plantation— many bear the slaveowner’s name to this day. During the Civil Rights Movement, the community gained national recognition when they established the Freedom Quilting Bee collaborative and distributed their quilts across the country. In 1999, the Los Angeles Times featured Gee’s Bend artist Mary Lee Bendolph in the Pulitzer Prize-winning article ‘Crossing Over’, an account of the community’s efforts to re-establish the Alabama River ferry service, which was suspended in 1967 by the white community who wanted to prevent the residents from registering to vote. In 2006, 39 years later, the ferry was reinstated. Bendolph, who presents a work from 1990 in this exhibition, is still quilting today.