The Displacement Effect is an exhibition that responds to the temporal and spatial displacements which we have been subject to over the last fourteen strange and dislocated months. It grasps for evidence of activities that have been going on regardless and for materials or remnants that wash in on enduring currents of thought and possibility. Adopting a responsive, additive process rather than a strictly thematic or scholarly approach, it stages a temporary constellation of artworks and objects within Capitain Petzel’s airy vitrine-like gallery. An open-ended discursive encounter. 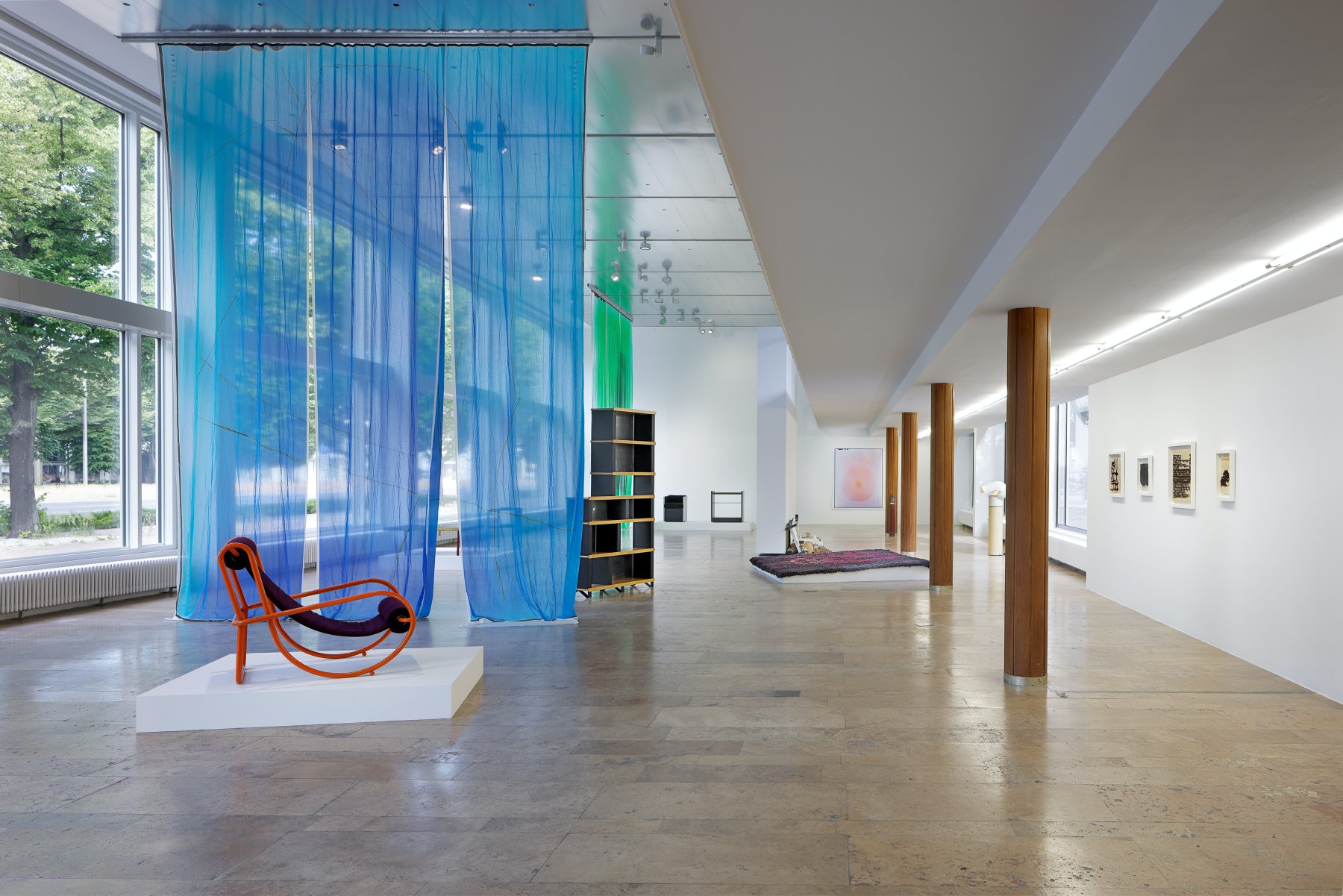 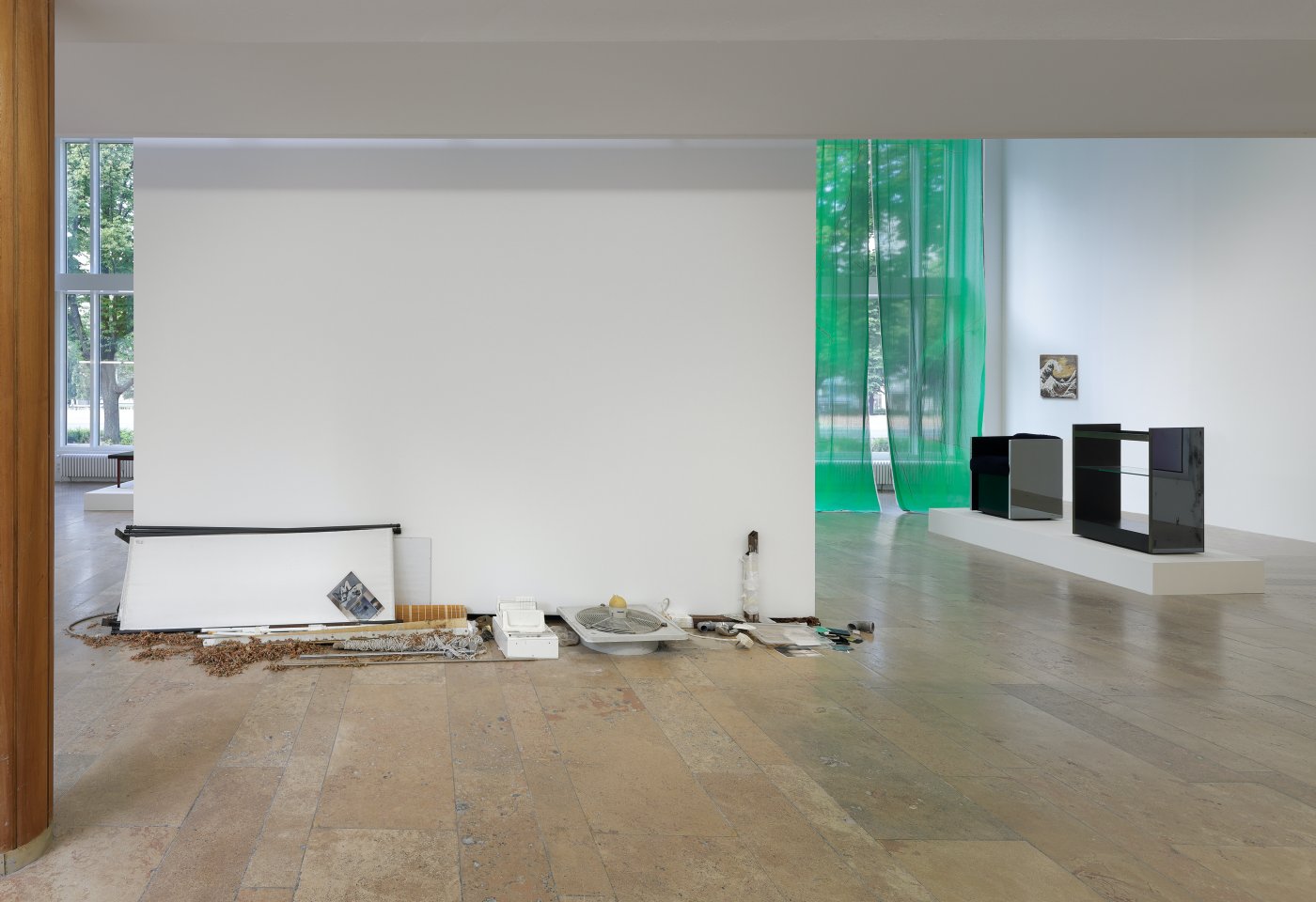 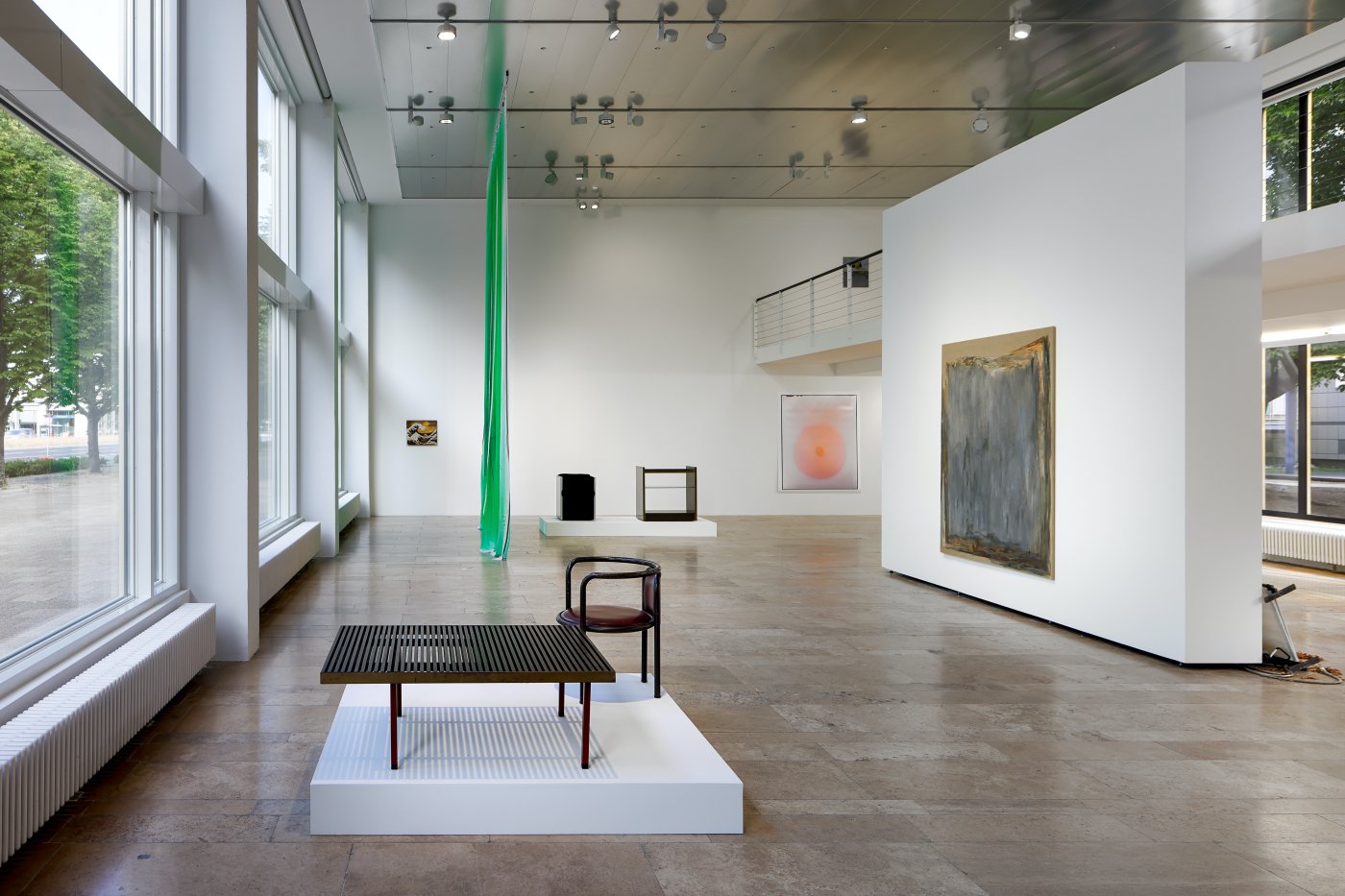 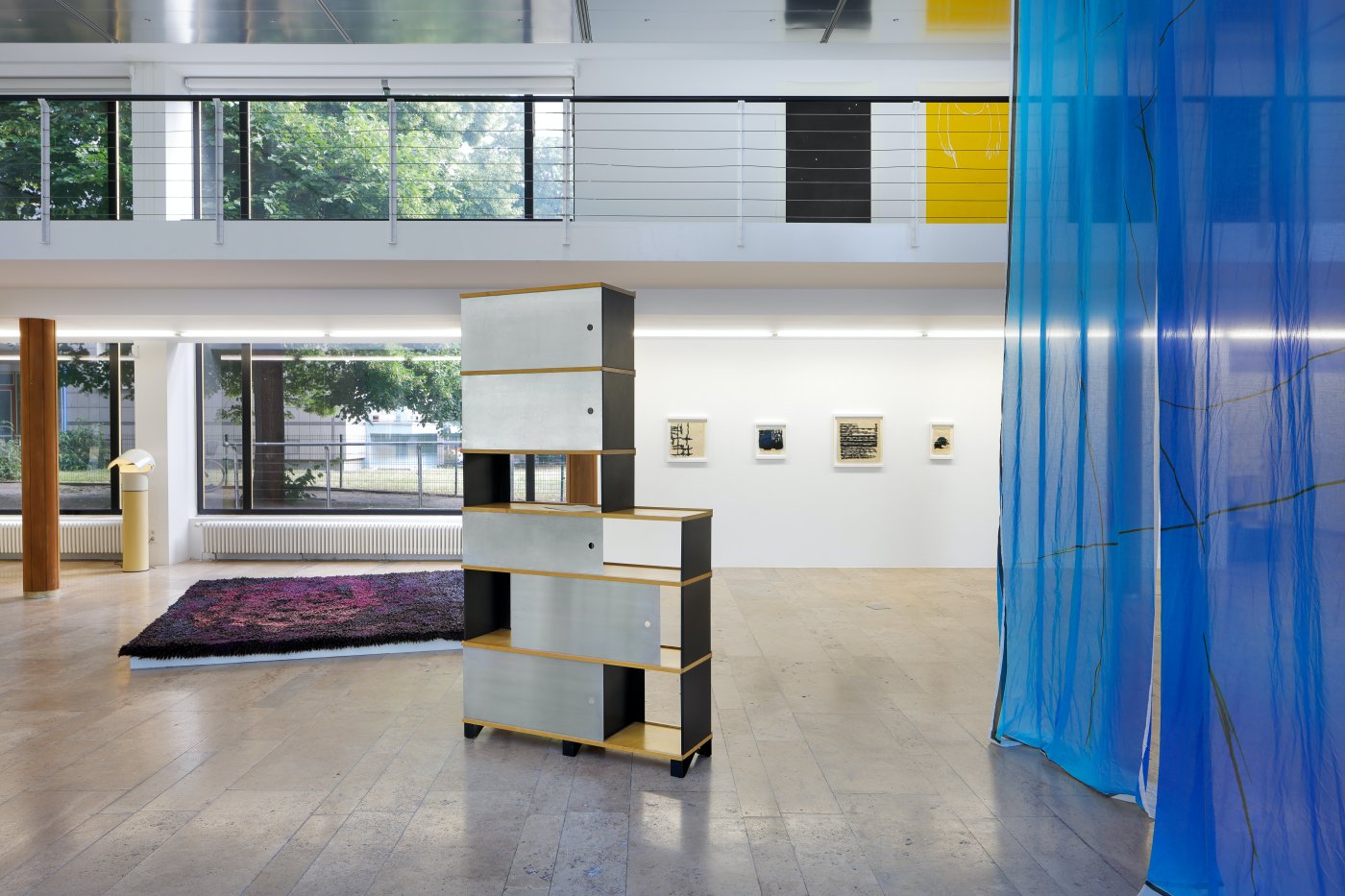 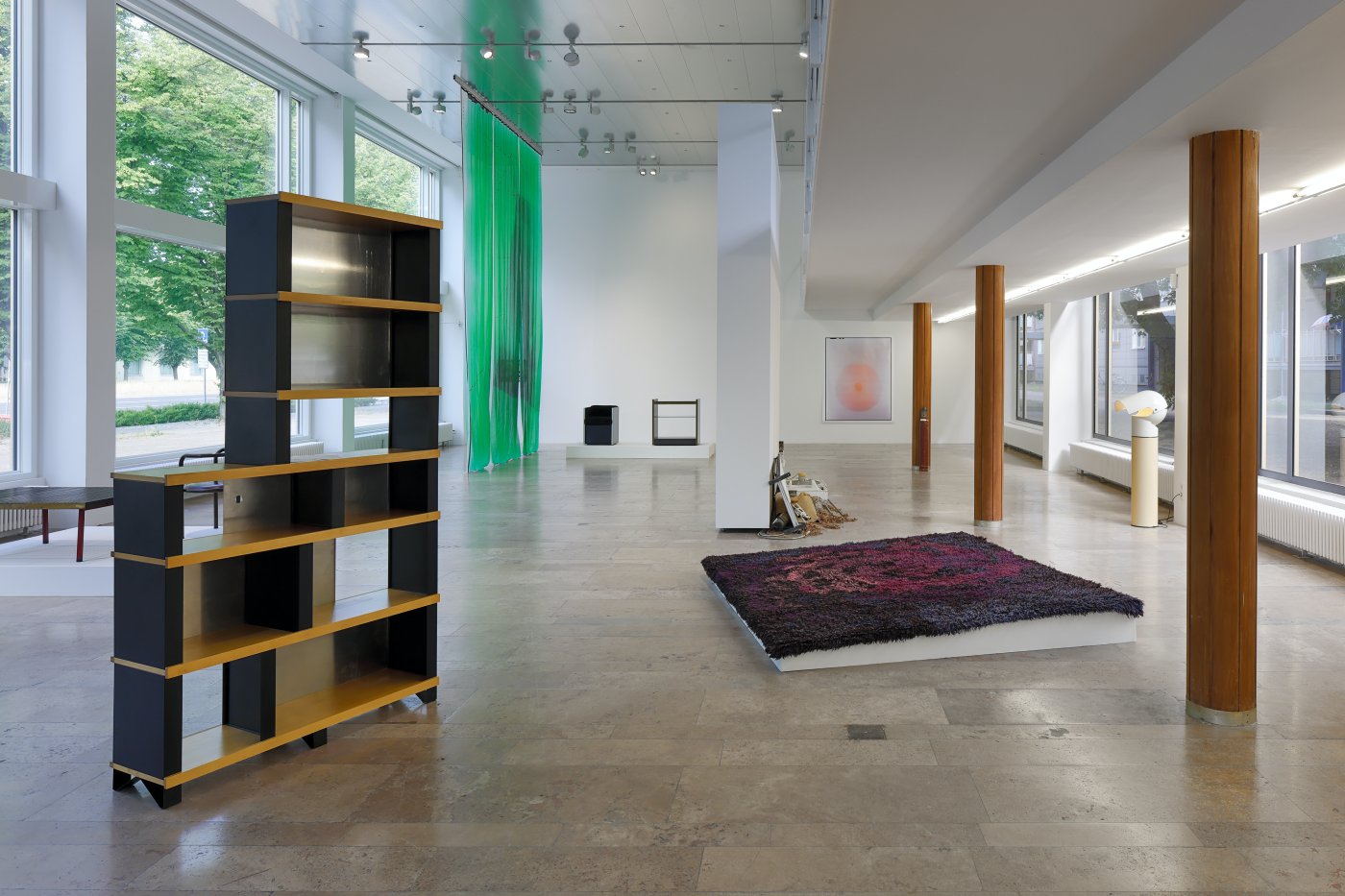 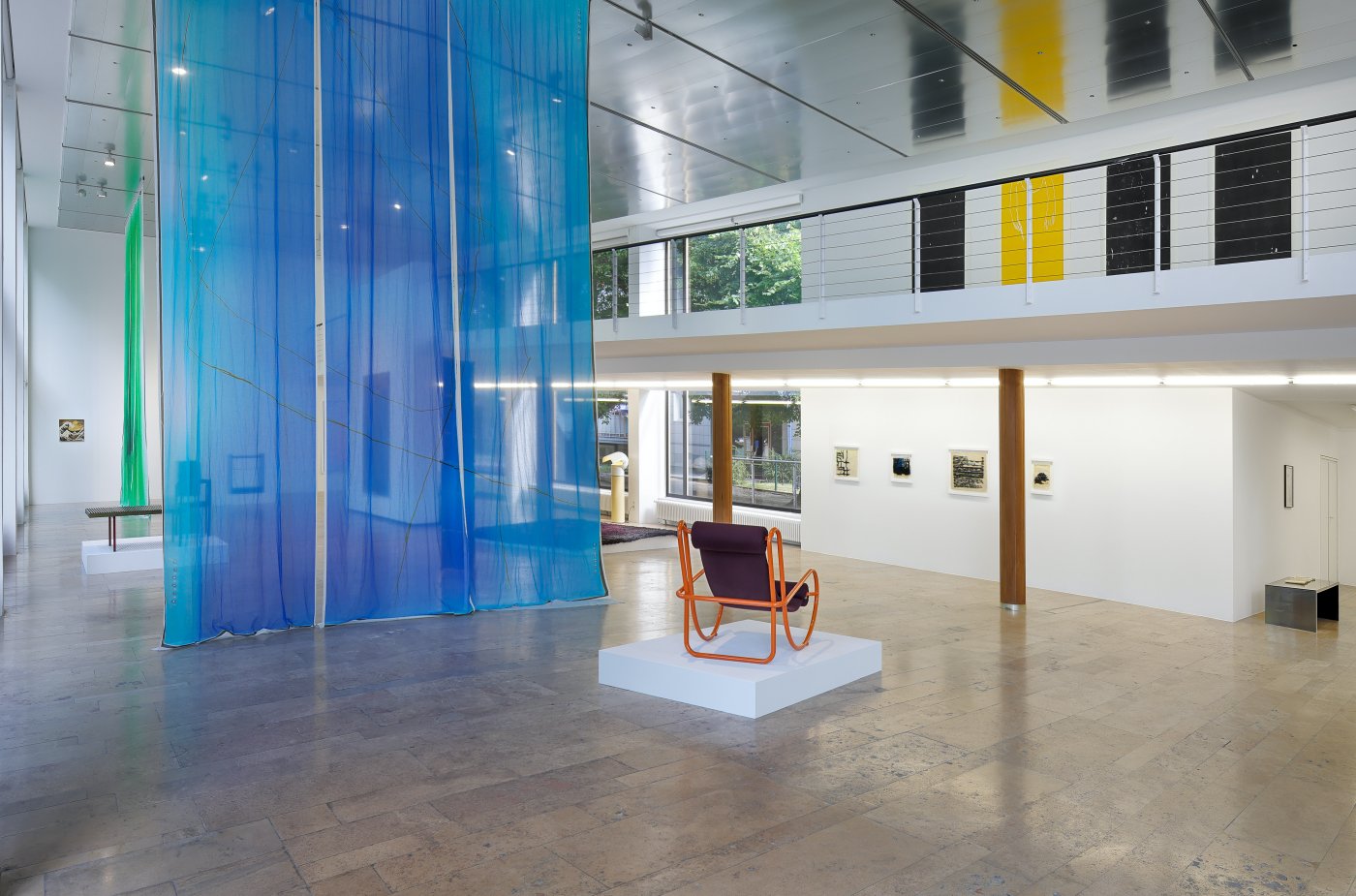 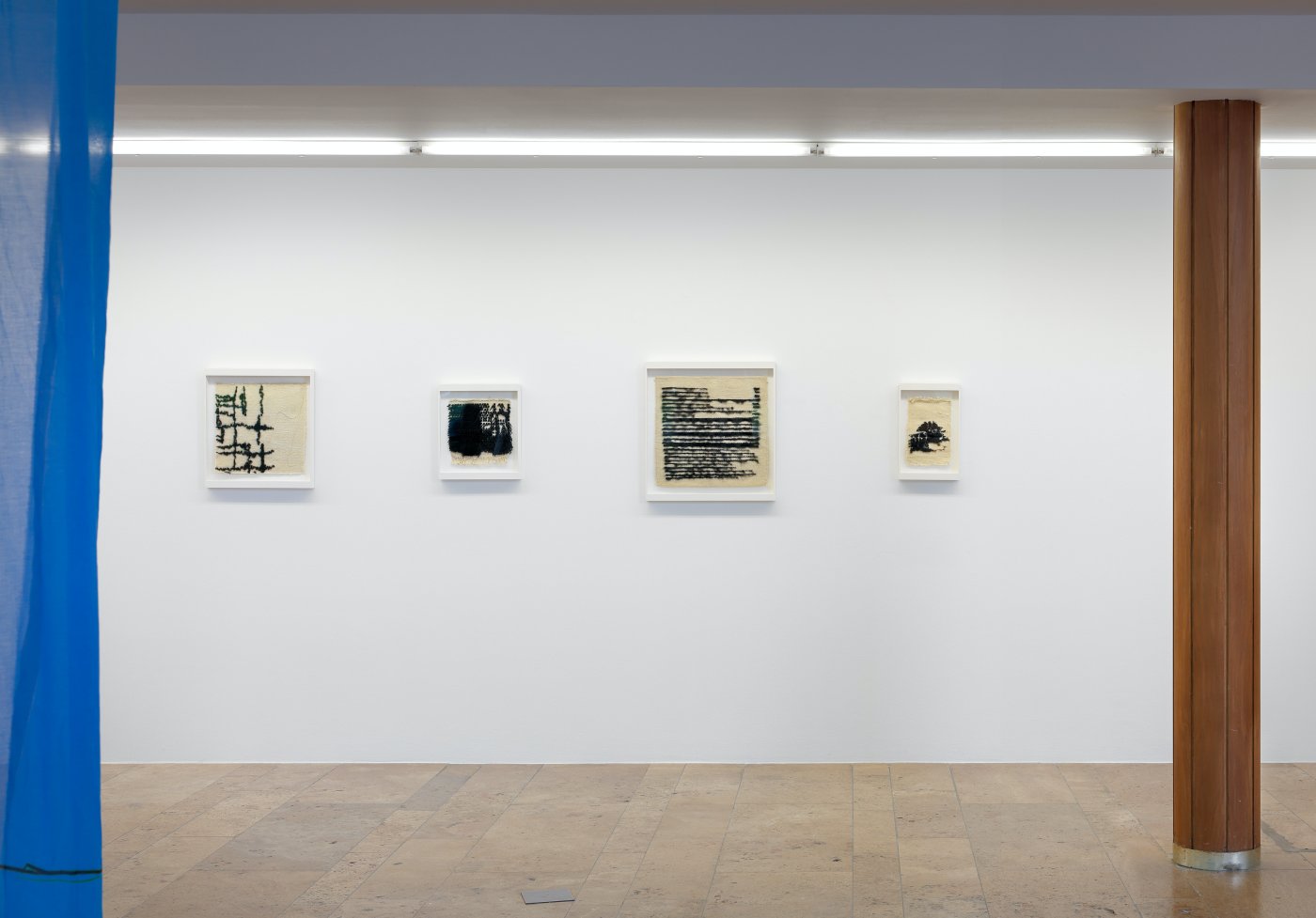 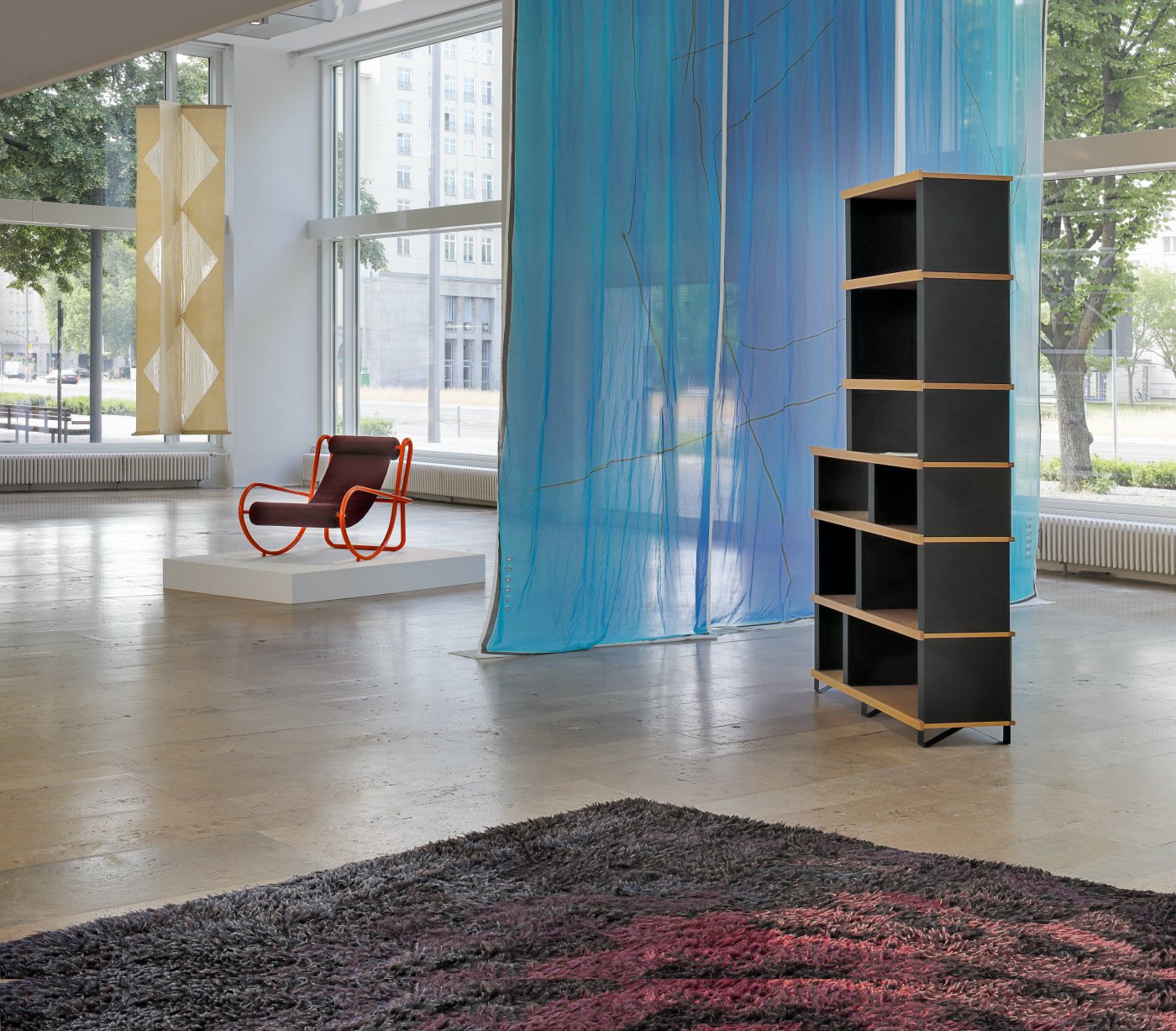 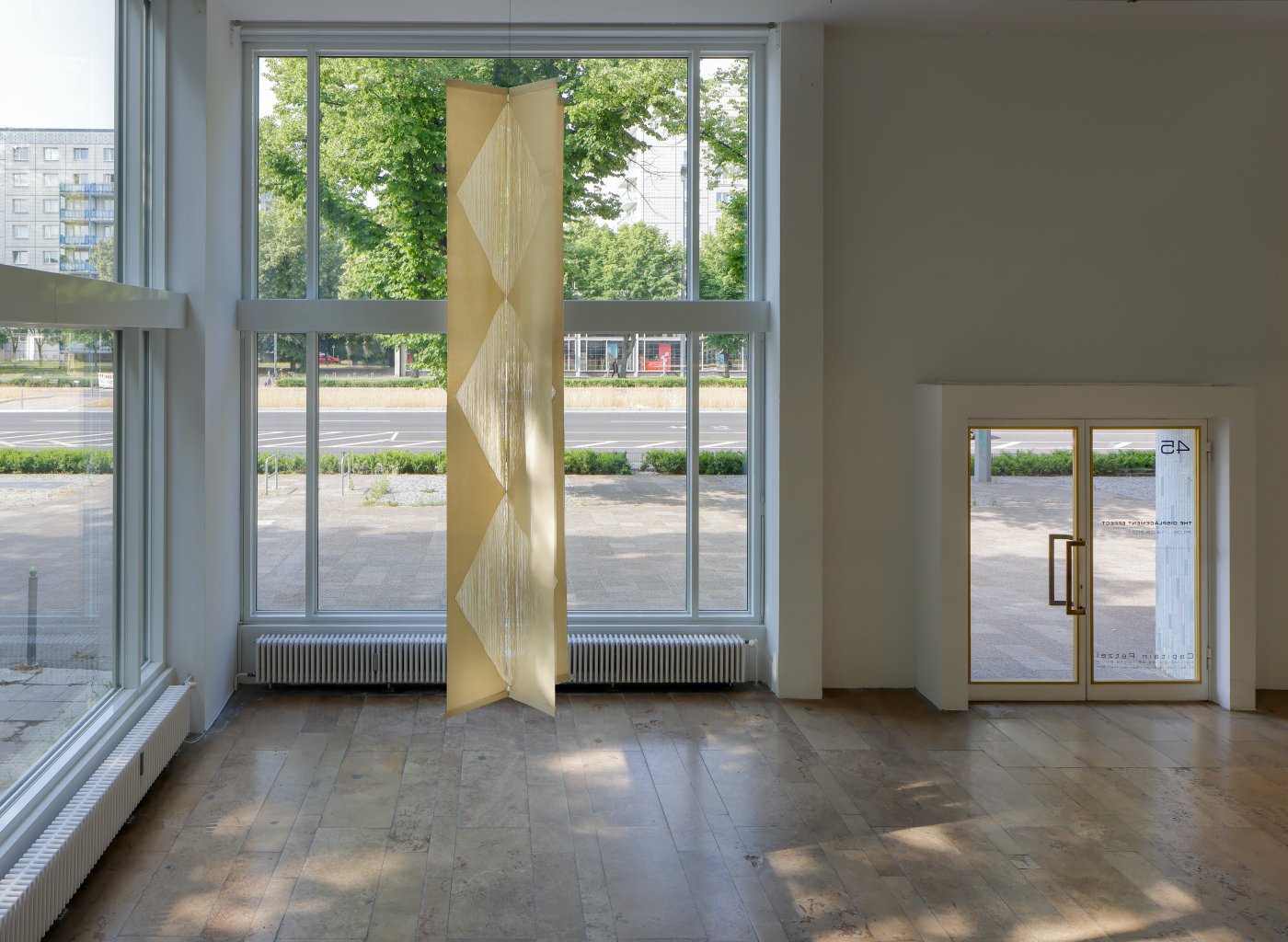 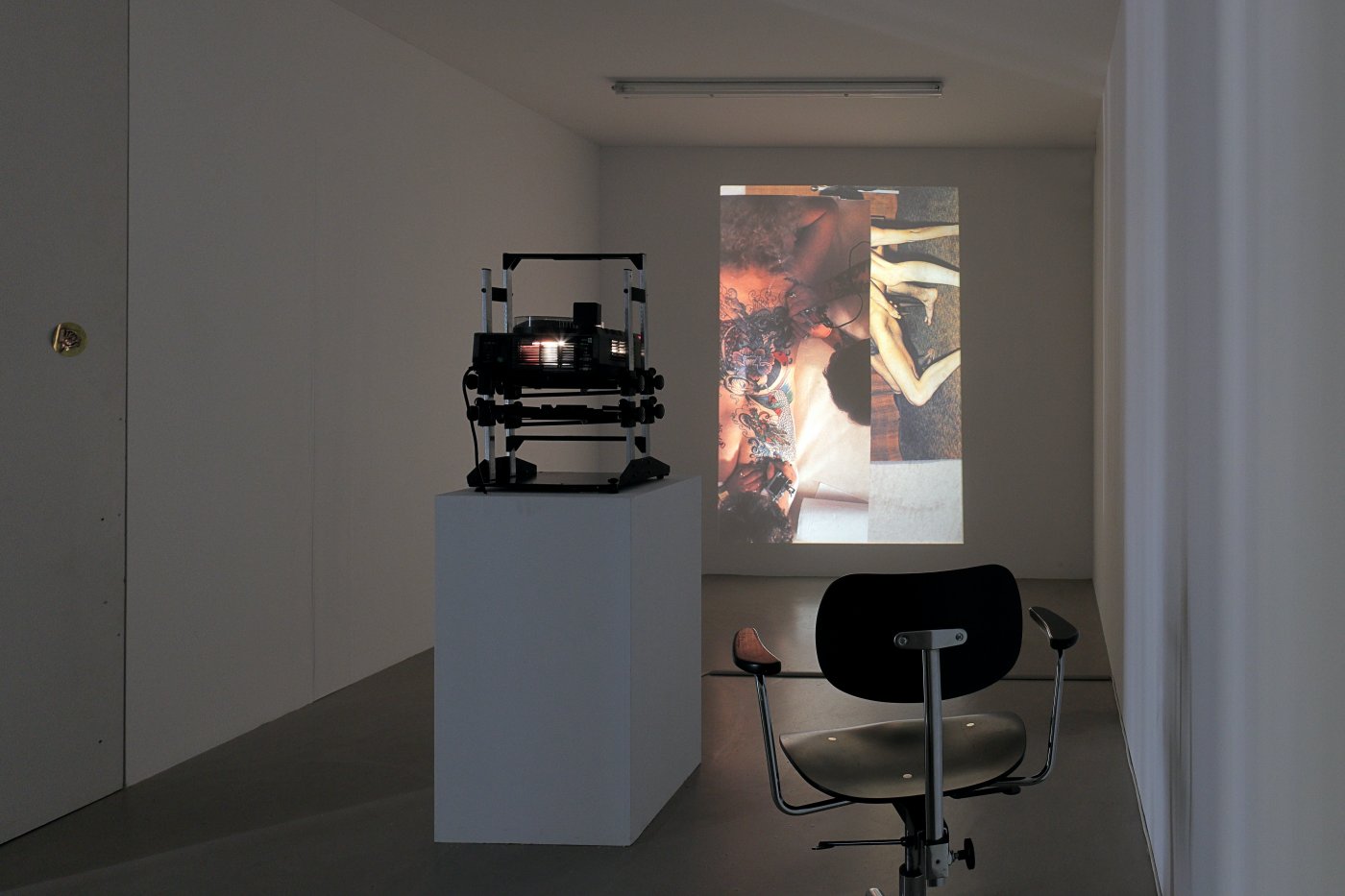 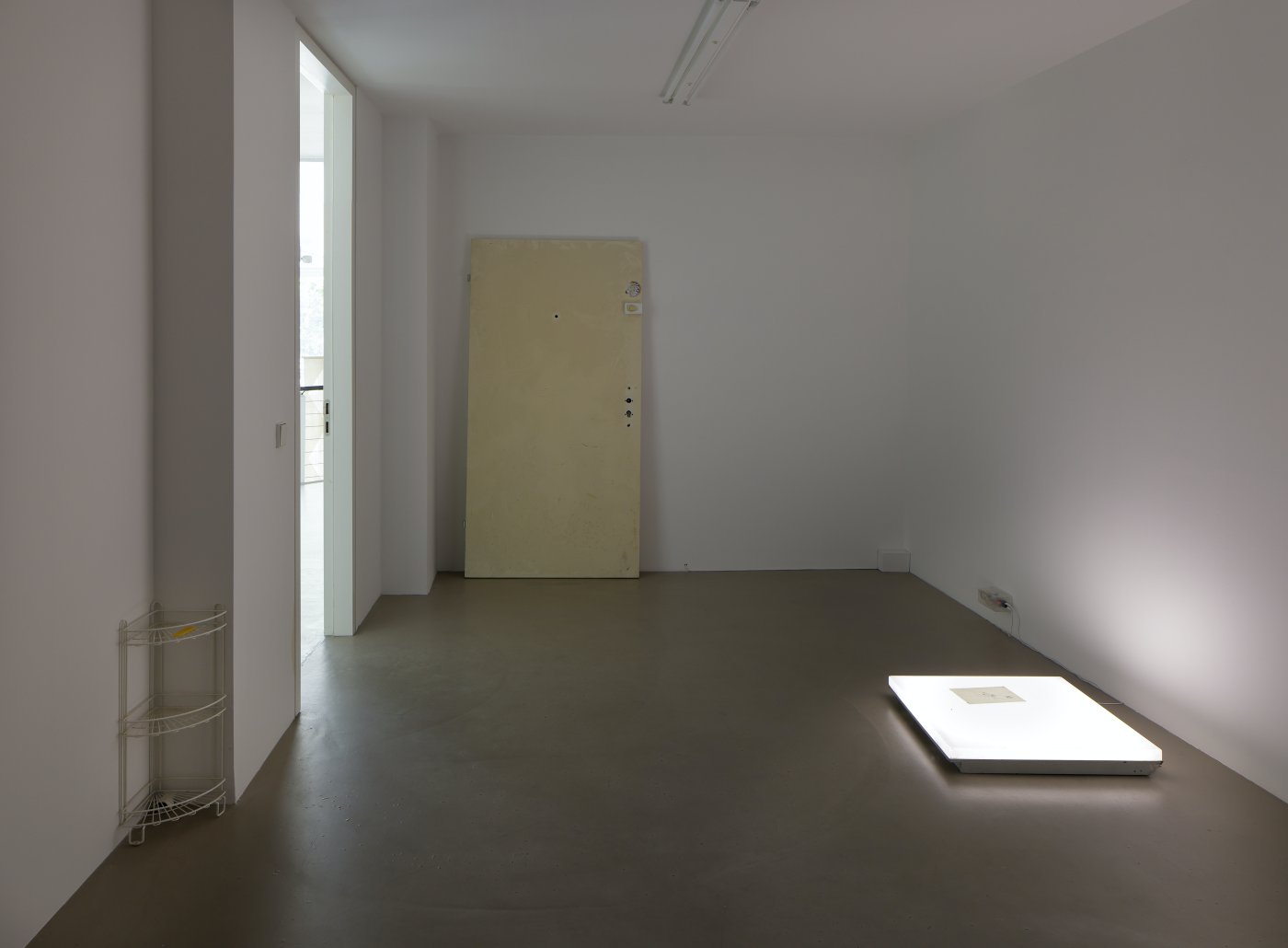 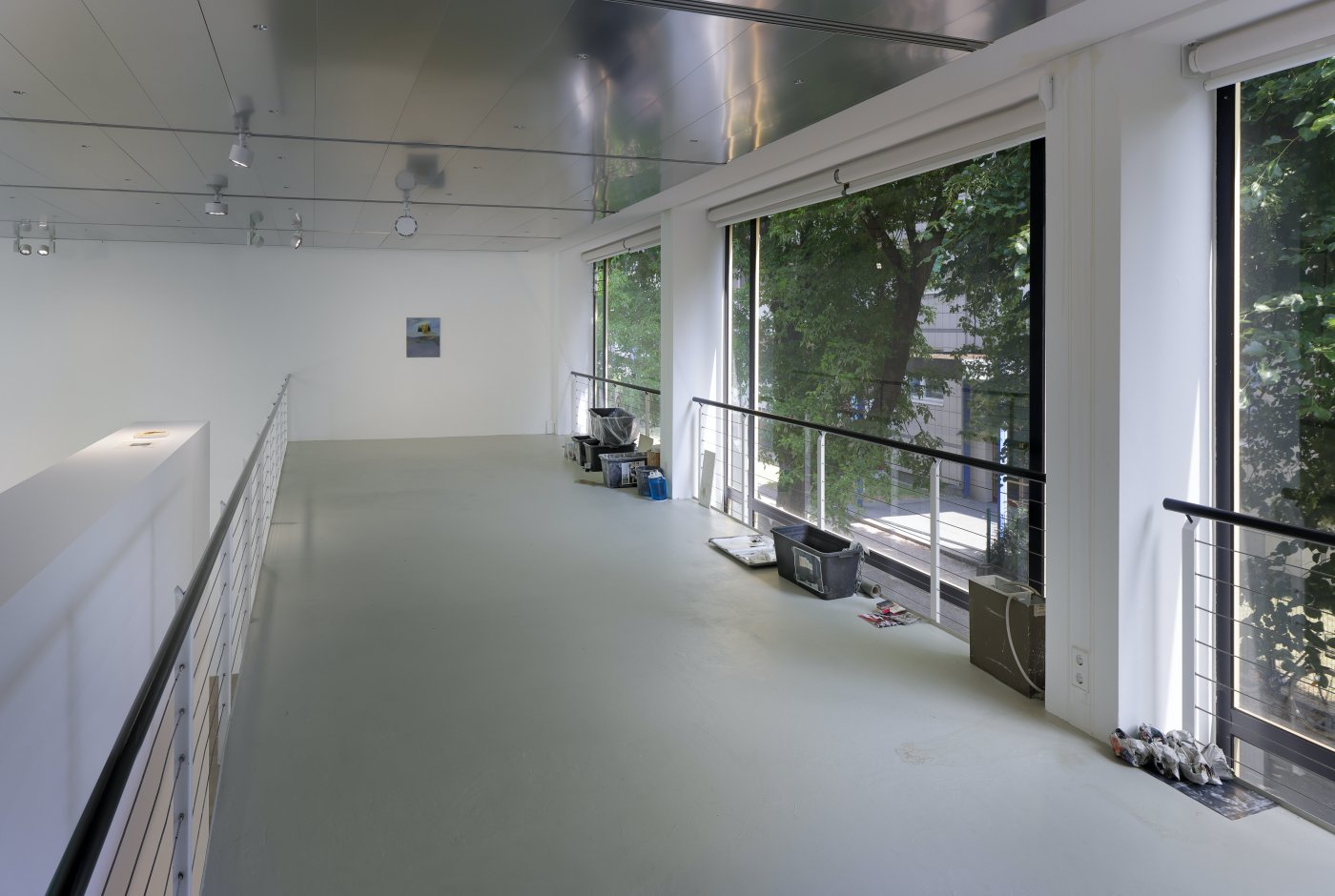 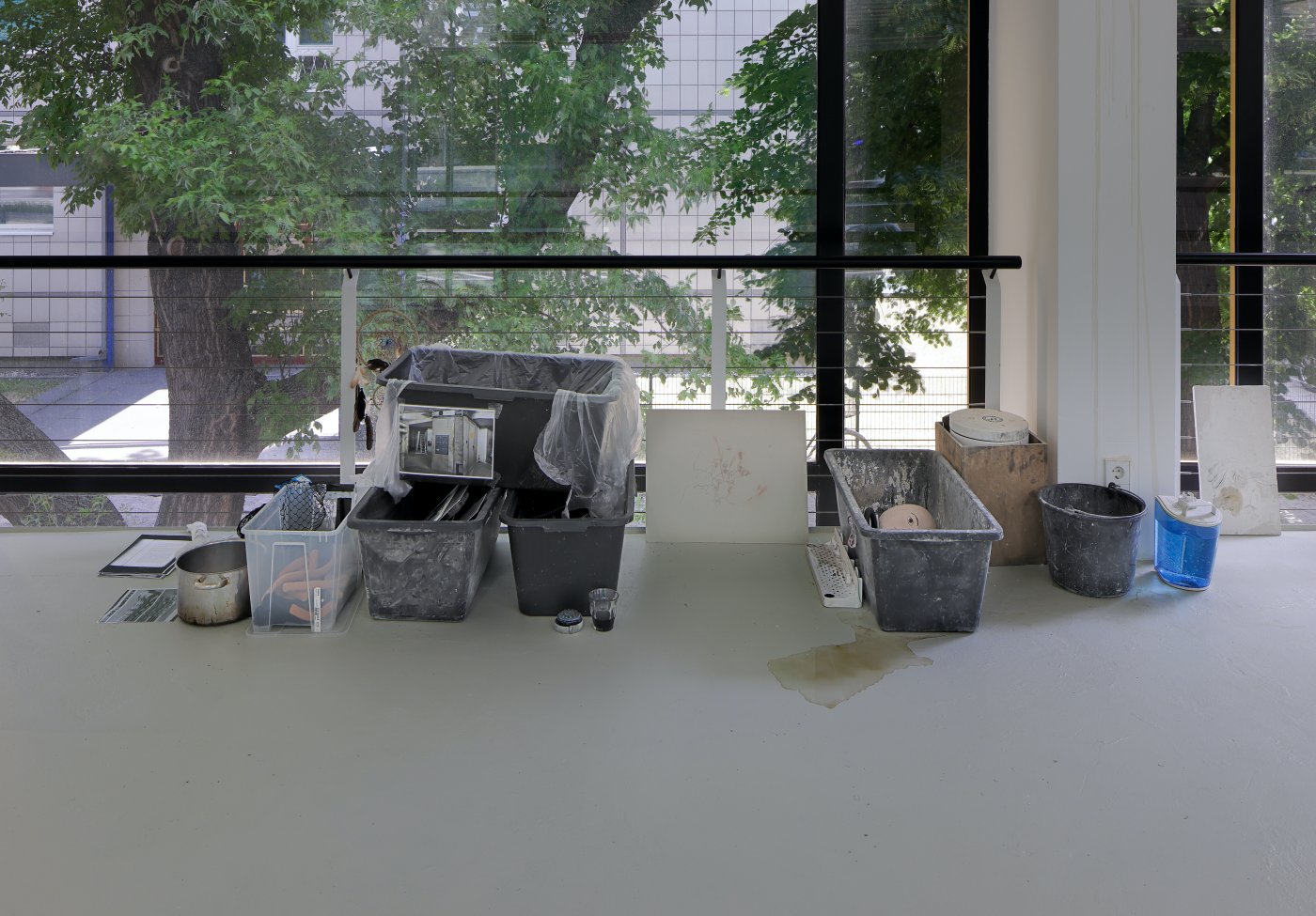 Matter displaces water, water displaces air, air displaces matter, but none of it disappears for good. In psychology, a ‘displacement effect’ is an involuntary defense mechanism where the human mind transfers the effects of an occurrence it finds unacceptable to another situation which it can tolerate. This process relieves stress and tension. Misery and anxiety are displaced by calming alternatives, but the problem does not go away. Displacements on a structural level create imbalance by shunting things of different value to the disregarded margins. Integrity is ousted by the sheer scale of an overemphasized mainstream. Where do these displaced ones go? How can they be found and re-centred?

The exhibition sets in motion a variety of displacements, the first of which is a shift back in time to the building’s original 1964 incarnation as Kunst im Heim, a showroom for Fine and Applied Arts. A group of unique and rarely seen furniture objects and textile sculptures made between 1950 and 1972 are brought together to propose a fictional salon, as if staging an imaginary conversation between their all-female creators. An armchair concocted from soft brown plush and reflective planes by Italian Nanda Vigo (b. 1936) meets a modular metallic cabinet by Swiss Reni Shulman Trüdinger (b. 1927) and Gae Aulenti’s (b. 1927) futuristic lamp. A minimalistic woven mobile by German textile inventress Sofie Dawo (b. 1926) converses with a chic side-table by Liliana Grassi (b. 1923), before a richly textured carpet by Renata Bonfanti (b. 1929).

Alongside these distinctive design objects are floor-to-ceiling photographic draperies by Ketuta Alexi-Meskhishvili that form semi-transparent thresholds of ambiguous, subliminal imagery. Assemblages by Tolia Astakhishvili in collaboration with James Richards appear like the archeological evidence of extrapolated field research, in which the objects are displaced by the terms of their display. In a series of new woodcuts, Andrea Büttner considers the seasonal rituals of the local Spargel harvest, continuing her investigations into occluded, lowly and uncredited occupations. Meanwhile, canvases by Vera Palme reflect on tensions between content and evacuation on the painted surface. And finally, Xinyi Cheng’s ‘Long-Distance Swimmer’ brings our viewpoint down below the water’s surface.

This exhibition is realized by writer and curator Kirsty Bell in collaboration with 20th Century furniture specialist Hans-Peter Jochum from Jochum Rodgers in Berlin-Charlottenburg.