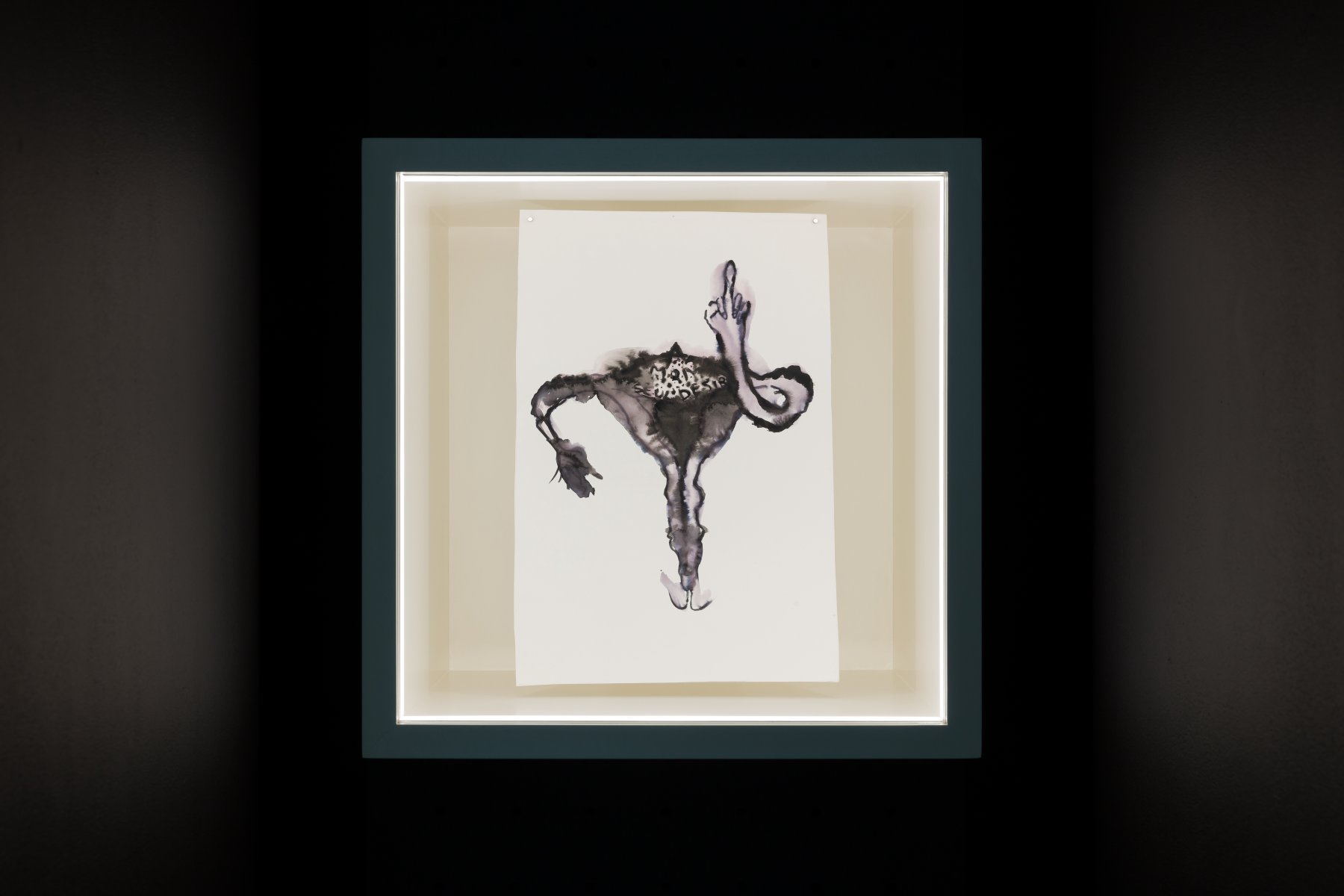 Renowned for an extensive body of work that encompasses a range of media including photography, needlework, sculpture and installation, Messager has always placed drawing at the heart of her practice. In À mon seul désir she explores issues of identity, both collective and individual, and the politicisation of the female body in a world of male privilege.

À mon seul désir depicts an anthropomorphised uterus, one fallopian tube twisted upwards and ending with a hand where the ovary should be, articulated into a defiant gesture with middle finger raised at the viewer. This expression of independence acts as a manifesto of female freedoms and of women’s rights to bodily autonomy. Although the uterus motif has been present in Messager’s drawings since 2016 it takes on new significance in light of the US Supreme Court’s decision to reverse the constitutional right to access legal abortion and the devastating impact this will have on reproductive justice.

The title refers to a group of six tapestries woven in Flanders around 1500 known as The Lady and the Unicorn. Widely considered one of the greatest works of art of the Middle Ages, the first five works in the series depicts each of the five senses, while the sixth is embroidered with the enigmatic motto, ‘À mon seul désir’. The meaning of this inscription has been widely debated; translated, it reads literally as ‘my one desire’, and yet in her drawing Messager appears to invoke an alternative, yet equally as passionate, interpretation: ‘by my own free will’. ‘Desire’, says Messager, ‘is simply life. If you don’t have desire, it’s over’.