The Artist-Collector’s Dream (a nice thing)

The Artist-Collector’s Dream (a nice thing)

Galleria Continua presents “The Artist-Collector’s Dream (a nice thing)”: an exhibition that sees the Bulgarian artist Nedko Solakov simultaneously engaged in playing multiple roles: artist, collector, architect of the realisation of one of his dreams. Ultimately, the creator of an inclusive and decidedly original exhibition project. 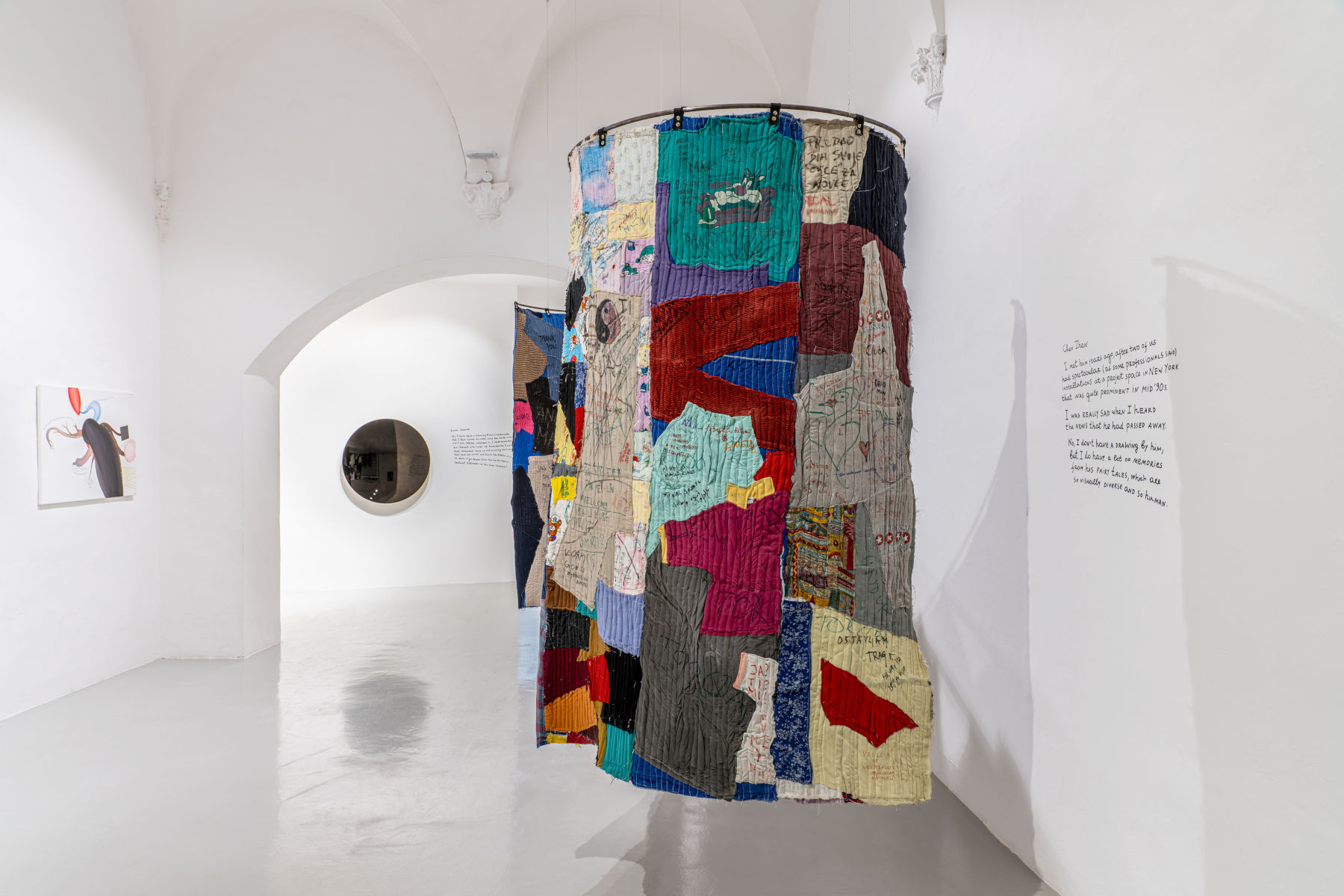 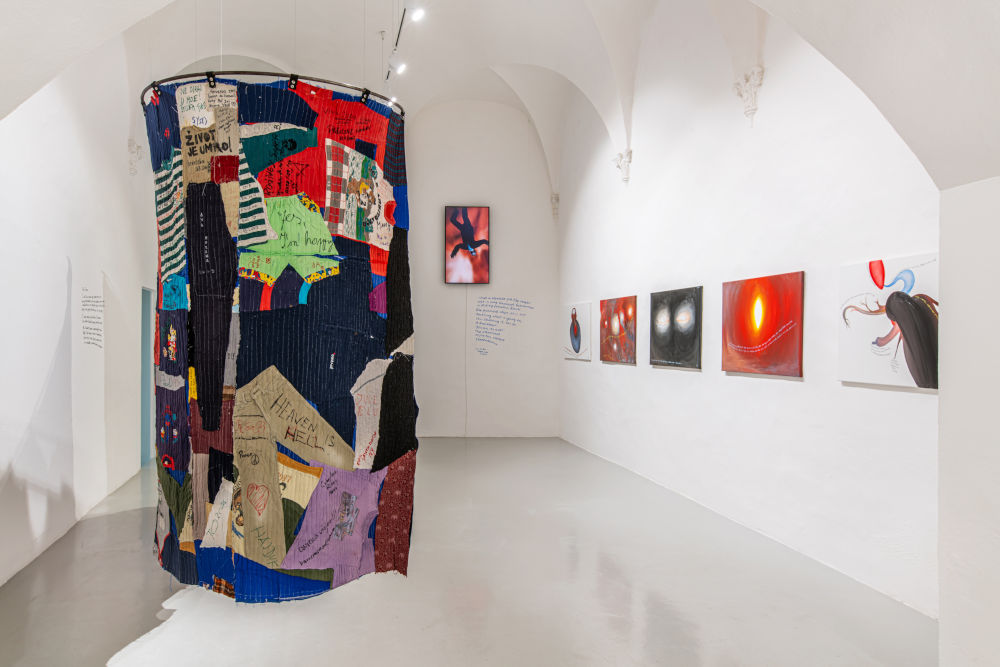 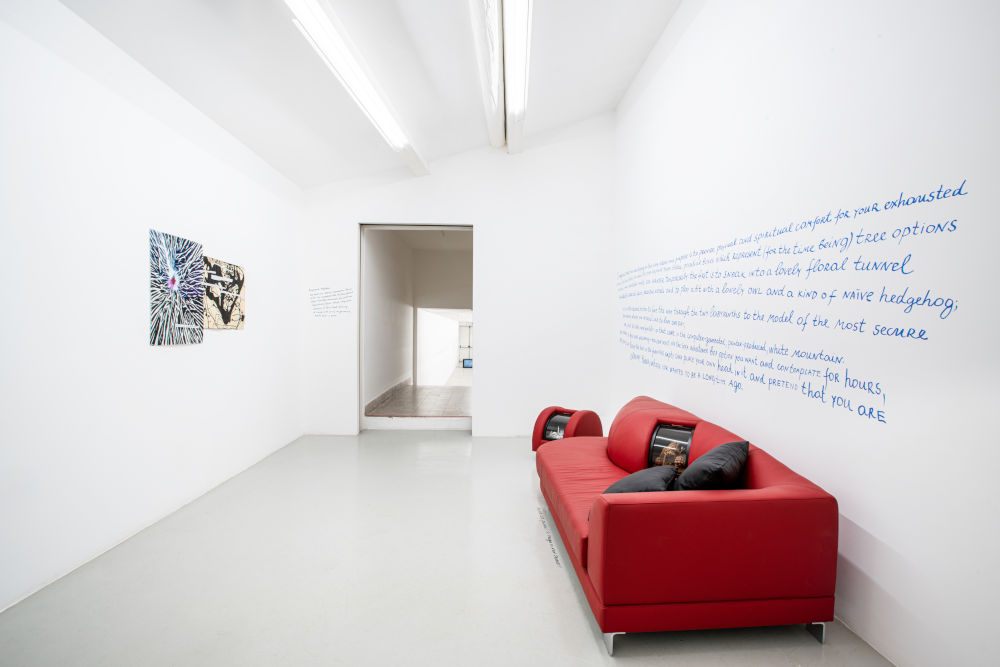 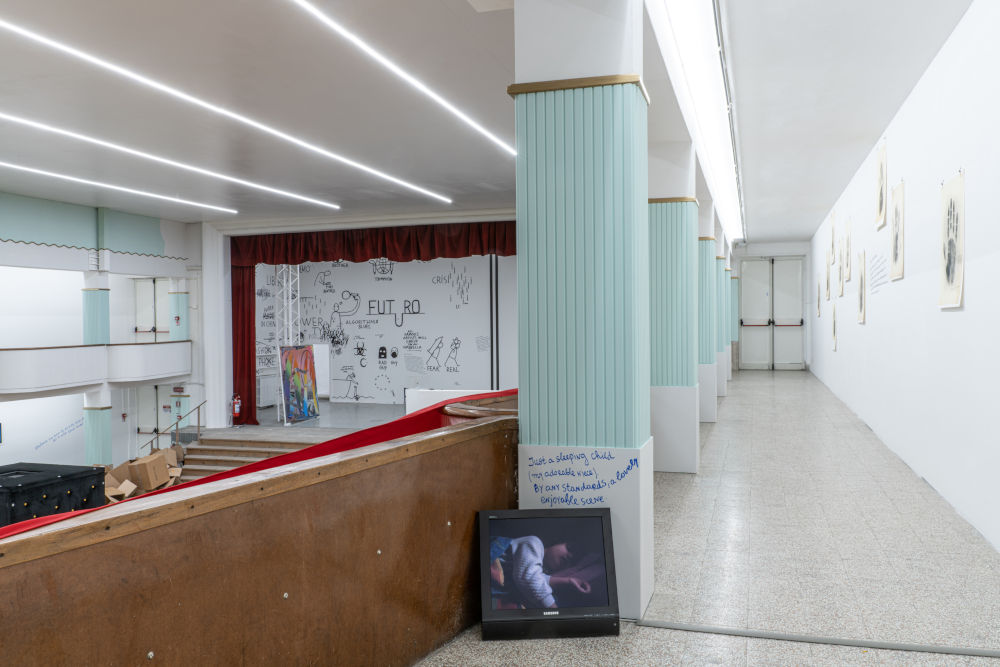 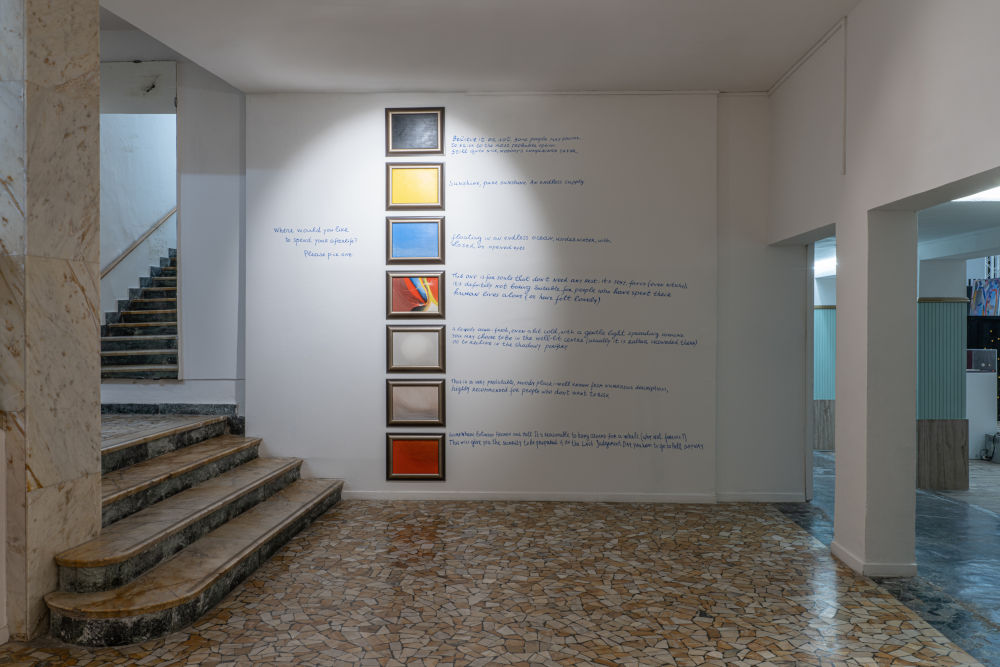 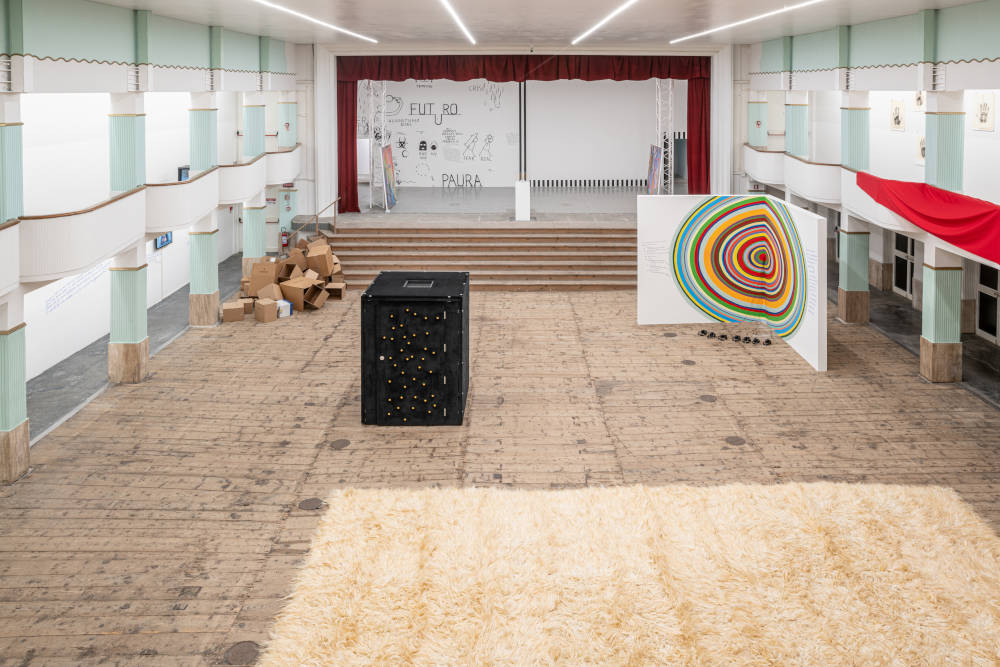 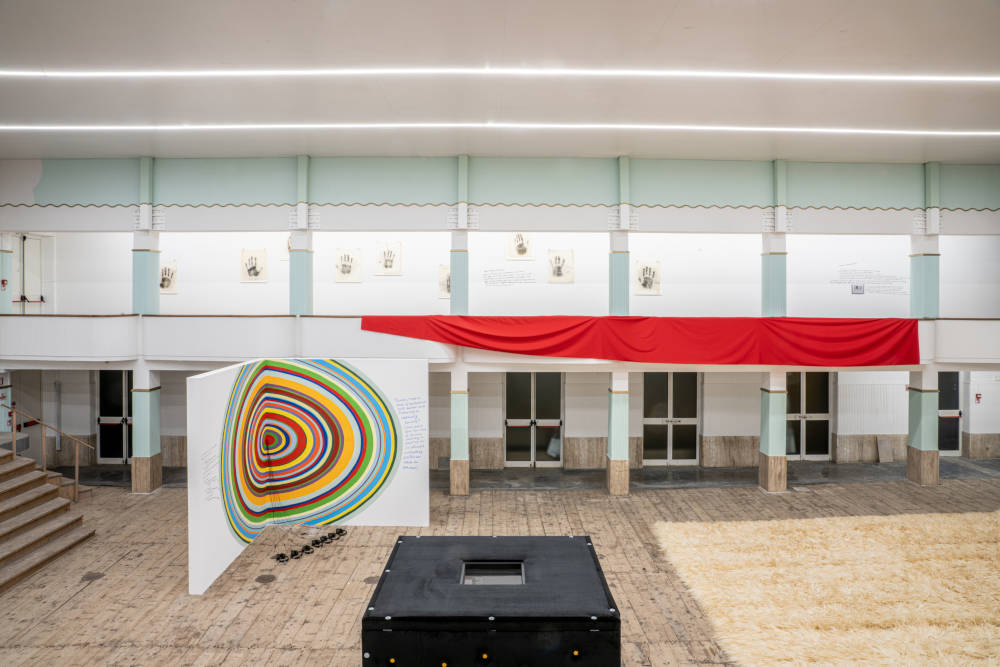 Nedko Solakov and his wife collect works by artists whom they value and whose work they love immensely. Over the years they have put together a vast collection composed mostly of small works; from this collection, Solakov selected sixteen artists from whom they have works and three – Chen Zhen, Anish Kapoor and Carol Rama – from whom they don’t have works, writing to them and inviting them to take part in his project for Galleria Continua in San Gimignano. In his letter, he explained that for the exhibition he would exhibit a large installation from 2008 entitled “Some Nice Things to Enjoy While You Are Not Making a Living”; but in comparison with the previous displays of the work at Kunstmuseum Bonn, Kunstmuseum St Gallen and S.M.A.K., Ghent, he would add one more, really special “nice thing” – his passion to collect.

This exhibition therefore takes shape from Solakov’s desire to enrich, even if only temporarily, his collection with much larger or simply different works establishing a dialogue with the authors that configures through a series of texts with which he accompanies each of the works. Monica Bonvicini, Geta Bratescu, Daniel Buren, Chen Zhen, Hans-Peter Feldmann, Ceal Floyer, Shilpa Gupta, Ilya & Emilia Kabakov, Anish Kapoor, Sol LeWitt, Andrei Monastyrski, Rudi Ninov, Dan Perjovschi, Raymond Pettibon, Carol Rama, Karin Sander, Roman Signer, Dimitar Solakov, Artur Zmijewski are the artists invited to take part in the project. In “The Artist-Collector’s Dream (a nice thing)” we meet a variety of artists, who differ widely with regard to their origins, artistic interests and formation. Some of these, having previously worked with Galleria Continua, are already familiar with the exhibition spaces of the former cinema-theatre, while others are new to them.

Nedko Solakov’s artistic production is inseparable from the autobiographical experience. He continuously applies a mechanism of overturning or upheaval – mixing original sources and imagination, and stimulating a sense of immediate sharing by the viewer; however at the same time he embraces wide-ranging themes and always takes into account the relationship between the real context and the way in which this influences events and the work of the artist. It adopts the most varied forms: installations, drawings, photographs, projections and performances. It is characterised by the frequent presence of writing and annotation. The boundary between drawing and writing is blurred and the written texts themselves become drawings. With a poetic – but biting – spirit, Solakov thus dismantles clichés and demystifies pre-established ideas, calling into question the system of art, collective ‘truths’ and the contradictions of human existence.

“Some Nice Things to Enjoy While You Are Not Making a Living” transports us to the artist’s imaginative, ironic and humorous cosmos. The installation consists of different elements, among these, “The Enclosure” (2008) – a soundproofed booth where the visitor can enter – if the guard lets him/her in – and shout out all his problems to the world without anyone actually hearing it; “Raising the Price of an Art Work” (2008) – an original drawing by Lucio Fontana exhibited together with a red knitting needle with which the artist raised Fontana’s price by pricking the drawing, documented in a looped video; or an oil painting called “The Artist’s Struggle” (2008), that was executed by another artist – in this case Violeta Tanova: “It’s nice when a middle-aged artist has sufficient means and after a session of painting lasting a minute hires a young artist to continue painting and to complete a bouquet of gypsophila and asparagus (two plants that in the Bulgarian language are typically called “the struggle of the artist” because of their numerous tiny leaves and flowers: a type of still life that is very difficult to capture, draw and paint correctly)”, explains Solakov. There is also “Halishte” (2008) – a soft wool carpet that the artist invites viewers to try by removing their shoes and rolling around on it; he ironically apologises that there is no video to accompany this moment of relaxation.

The installation also includes a series of other works created in 2008: “A Sunrise”, “The Sleeping Child”, “The Bankrupt Businessman”, “Afterlife Options”, “What to Do With Your Boss, Neighbour…?”, “A Combo-Icon”, “A Depository”, and “The Sofa” . Inside the installation there should also have been a clock:“an electronic clock with three buttons – one to speed up the normal course of time (during working hours), one to slow it down (to extend leisure hours) and one to reset the time, in six digits, generally flashing. The manufacturer asked for too much money to make it, so no watches to have fun with; I’m sorry.”, concludes Solakov in a light-hearted tone.

Nedko Solakov was born in Tcherven Briag, Bulgaria, in 1957. He lives in Sofia. A leading figure on the international art scene, he has exhibited extensively in Europe and the United States since the early 1990s. His work is in the collections of more than fifty international museums and public private collections, including MoMA in New York, the Tate Modern in London and the Pompidou Centre in Paris.