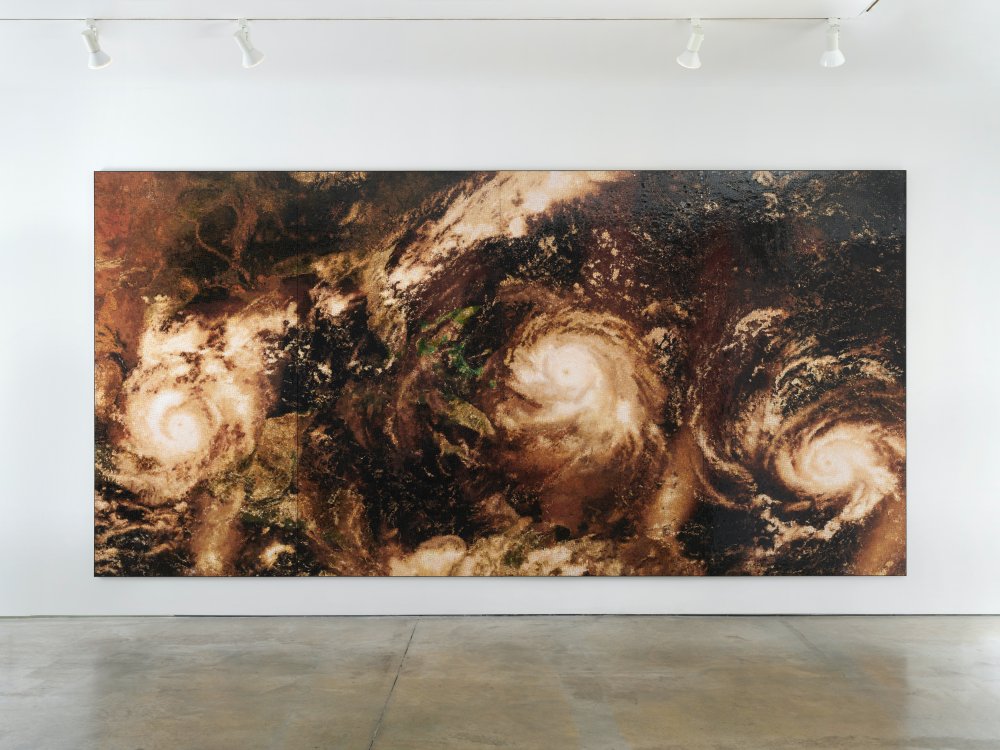 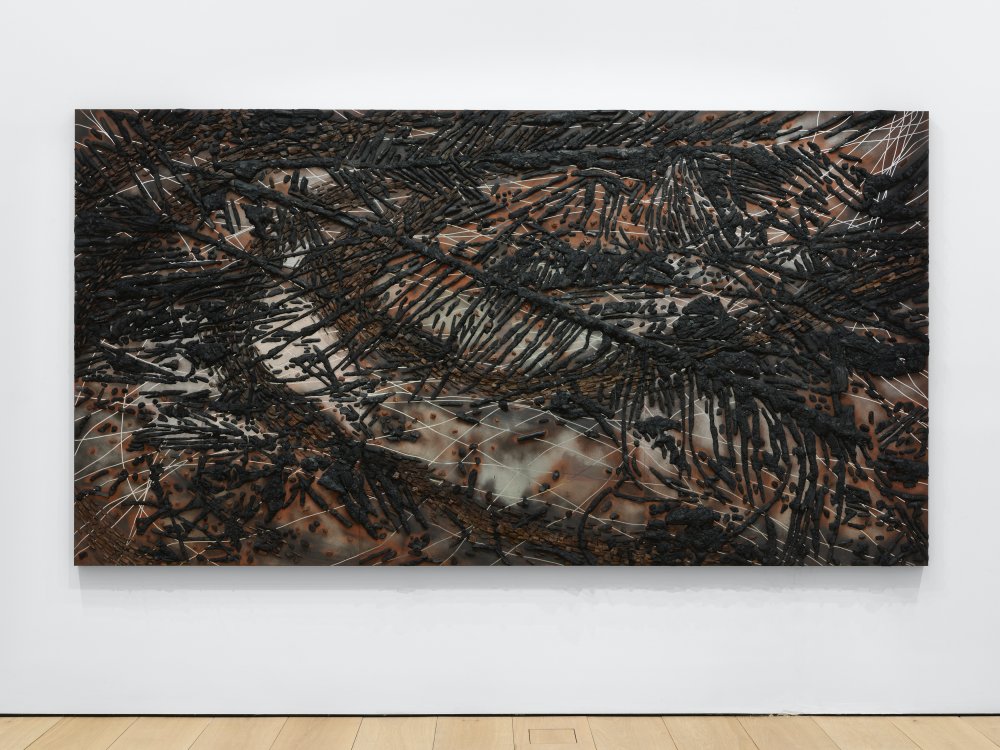 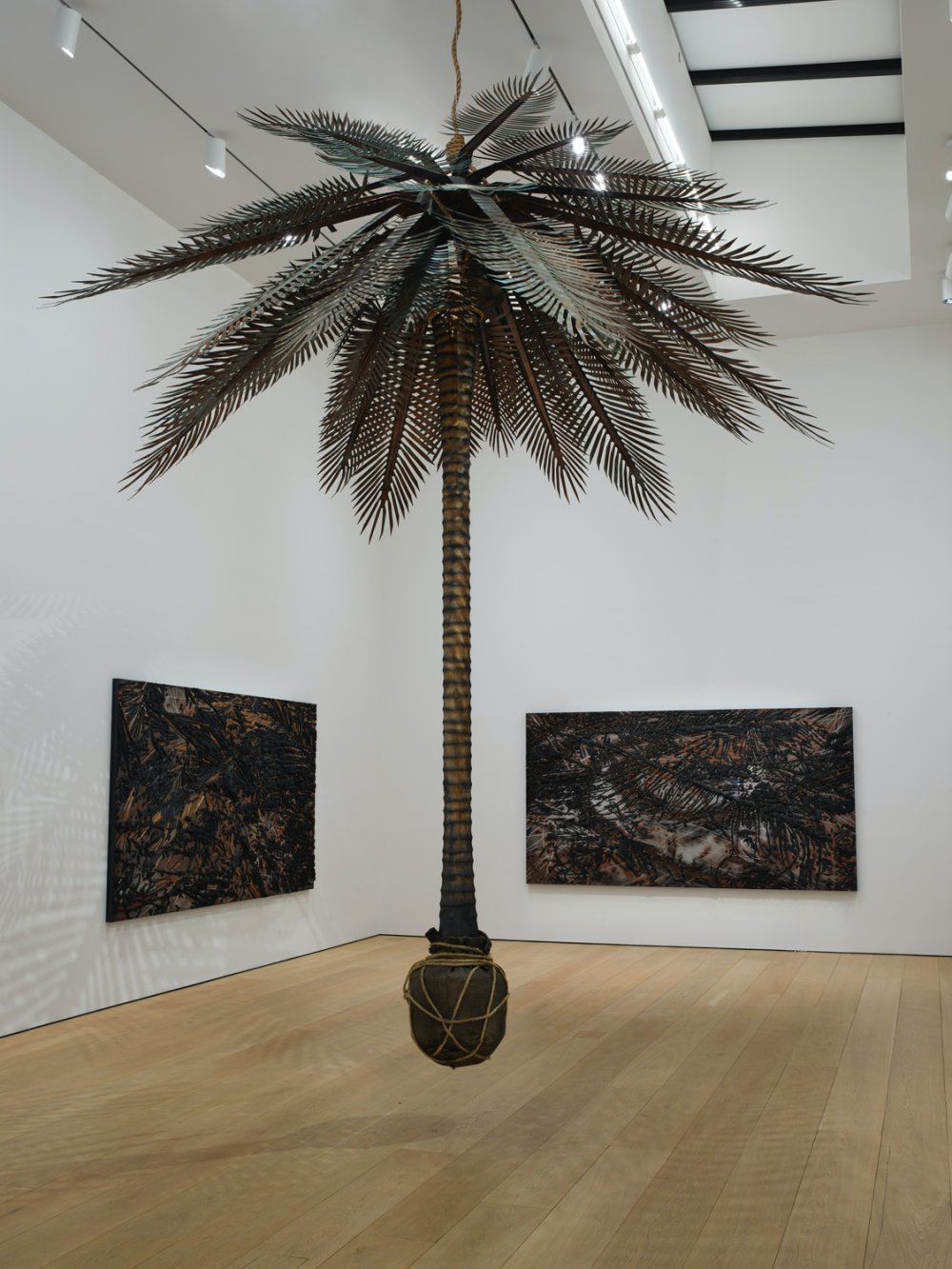 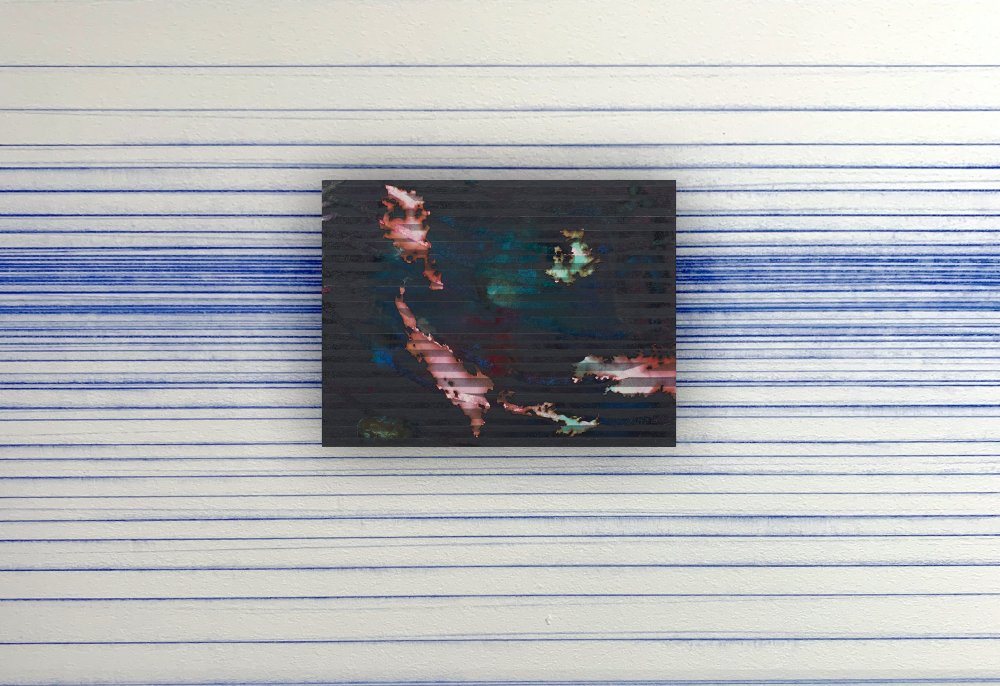 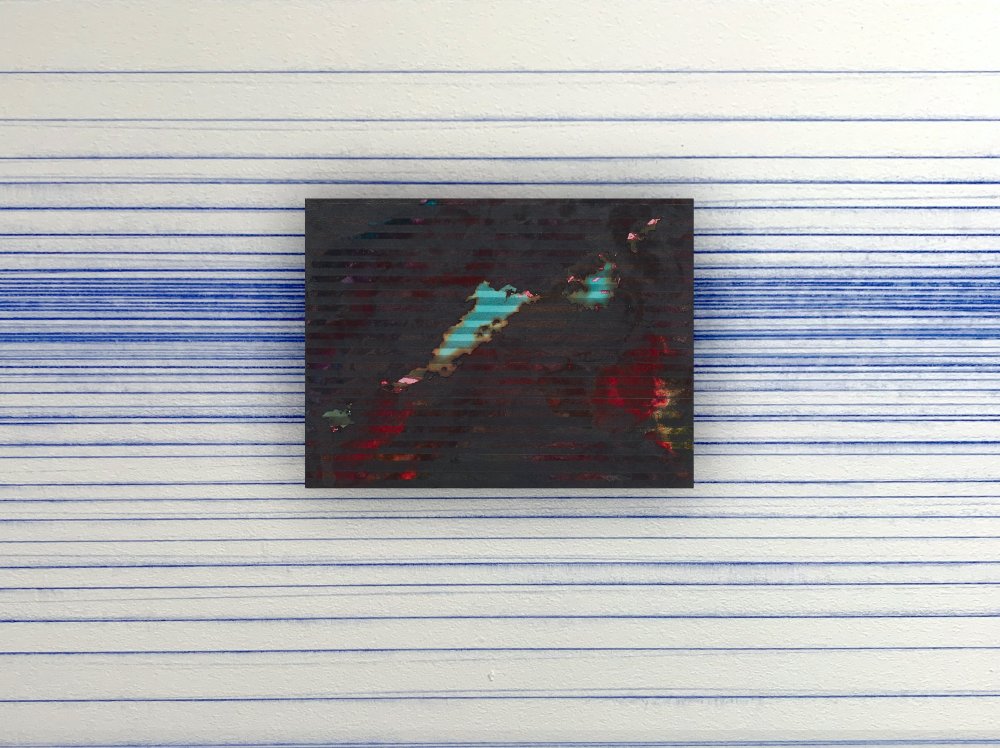 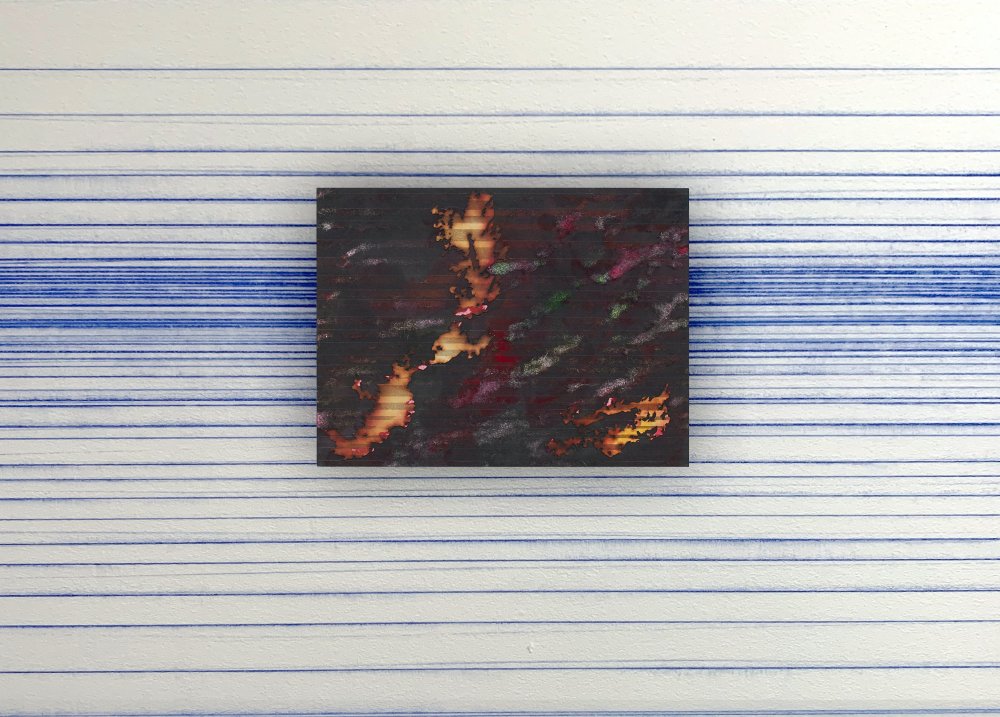 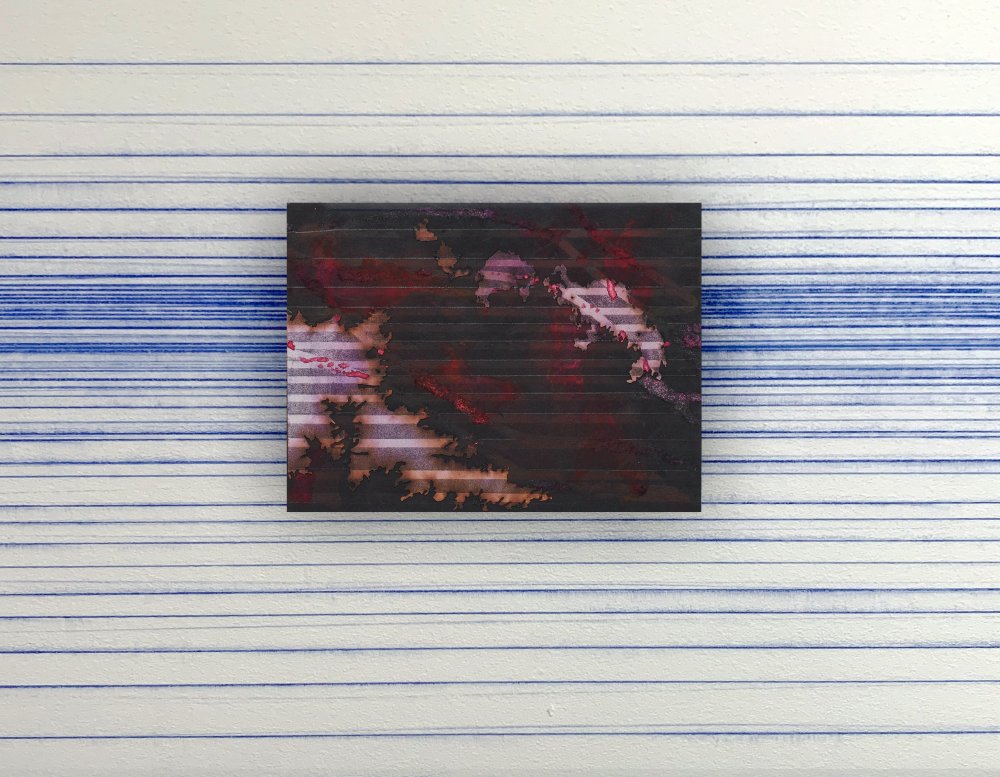 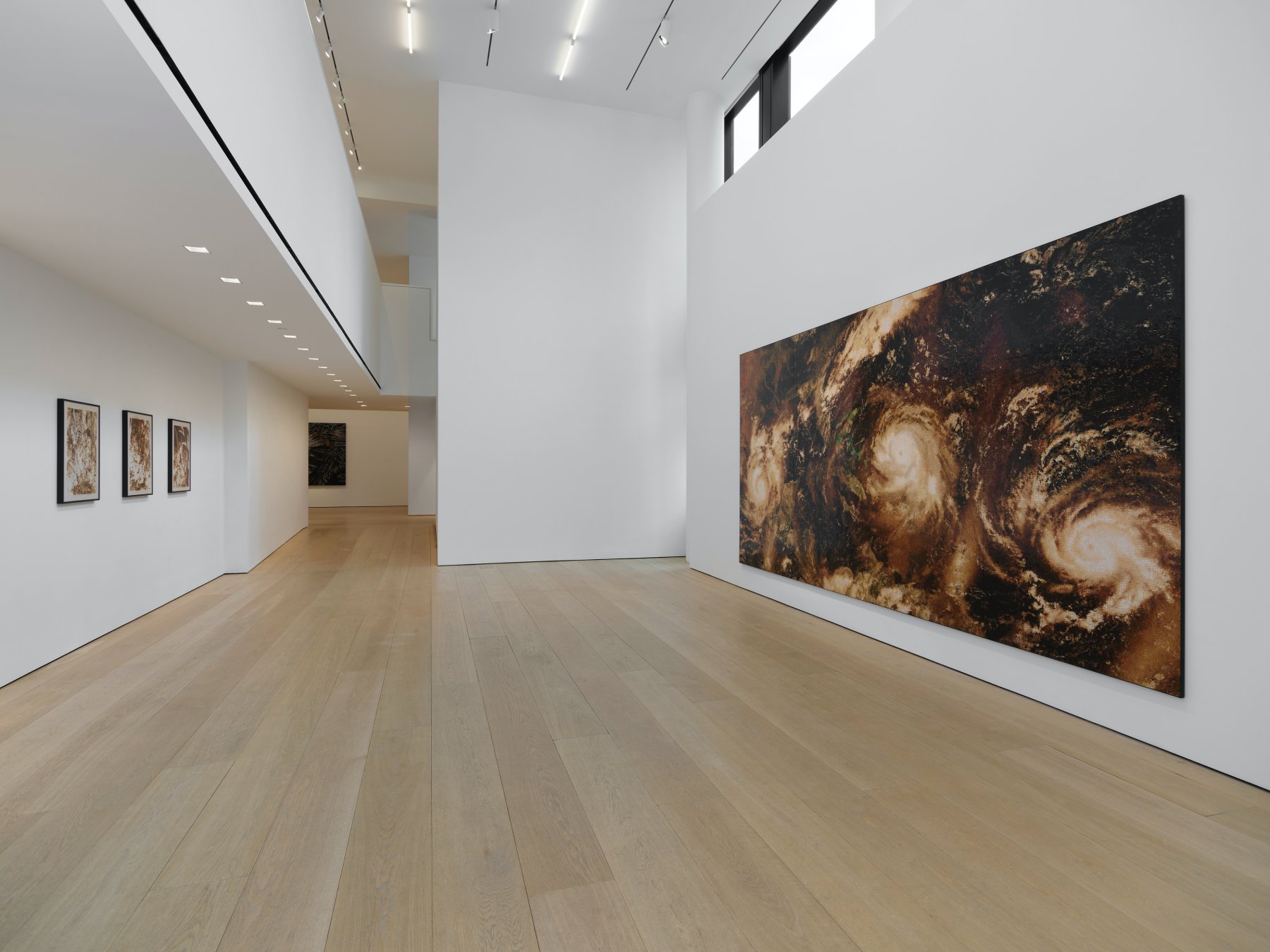 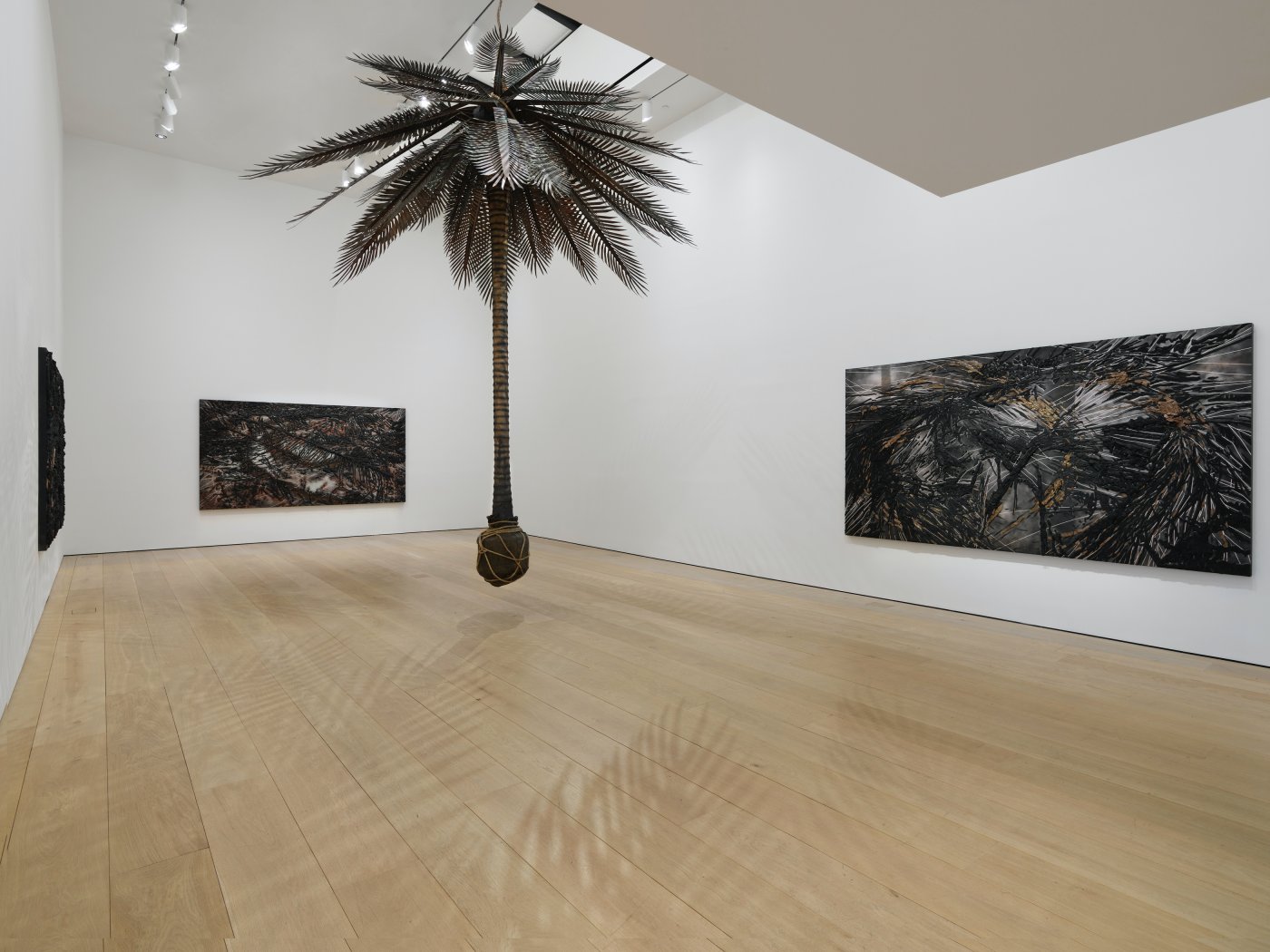 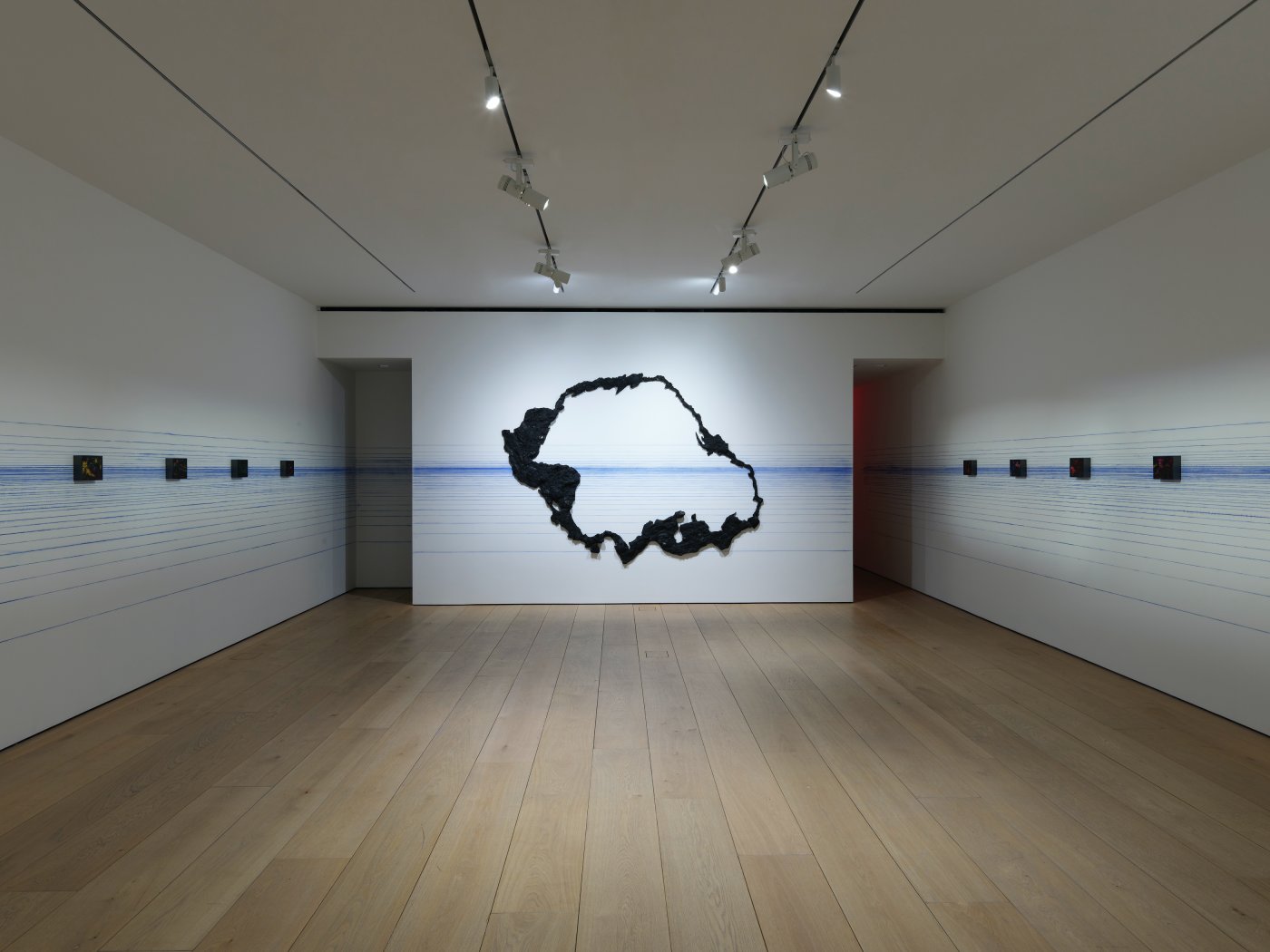 Focusing on the Caribbean archipelago, the first point of colonial contact in the Americas, Fernández challenges us to consider a more nuanced reading of people and place, one that looks beyond dominant, continental narratives and instead considers the region as emblematic of an expansive and decentralized state of mind. The artist conjures images of catastrophic weather and natural disasters as metaphors for centuries of injustice, U.S. military intervention, ecological destruction, and systemic oppression as a means of reflecting on the sociopolitical turmoil and abandon to which the region and its populations have been (and continue to be) subjected.

By evoking the generative forces of nature, Fernández implements a redemptive quality that counters reductive and exoticized clichés of the region often vulgarly associated with tropical paradise and leisure. Poignantly, the word Caribbean comes from the indigenous Táino (Arawak) word Carib, which means “human being.” This exhibition seeks to expose how the world’s wealth has been generated by the genocide of indigenous people, the enslaving of Africans via the Middle Passage, and the extraction of natural and human resources that grew out of this particular locus. Fernández subverts the way these islands exist in the dominant collective imagination—as small in physical scale and periphery—and instead proposes an immense and far-reaching diasporic matrix.

The centerpiece of the exhibition, Rising(Lynched Land), is a monumental, 16-foot high sculptural rendition of a palm tree suspended from the ceiling, hovering a few feet off the ground. This somber work embodies the gravitas of violence and aftermath of destruction while also evoking a redemptive and dignified metaphorical rising. Composed of scorched wood and weathered patinated copper, Rising(Lynched Land) anthropomorphizes the landscape by transforming the natural resources of vegetation and minerals into a suspended body that ascends, uprooted from the ground. Experienced from underneath, viewers are challenged to stand under the sprawling diameter of the tree’s copper crown and to gaze up in a gesture of reverence and reflection.

In Caribbean Cosmos, a 16-foot-long glazed ceramic panel composed of hundreds of thousands of tiny, richly saturated tesserae, Fernández creates what looks like a distorted aerial view of stirring vortexes over the Caribbean. The abstracted image evades recognition, and can be read as both nature/landscape as well as whirling infinite cosmos, inviting a comprehensive look at the connection between catastrophic weather events and our own biological rhythms connected to the flow of the universe. The reflective, glazed surface of the piece insinuates the viewer as a figure in this vast landscape, as participant, creator, and human microcosm projected onto the panorama of the cosmos. Legible on both a micro and macro level, the scale in Caribbean Cosmos shifts between the intimate, exquisite details of each miniature tesserae and the immense cosmic field of the composition that can be read as planetary reference points.

The Black Beach(Unpolished Diamond) series consists of three large panels made of meticulously elaborated charcoal and wood reliefs on reflective mirrored surfaces, built into complex, intertwining layers of material and linear networks. The composition of each panel seems to unravel in chaos reminiscent of natural formations, entangled palm trees, and beach debris, all presented in a baroque mélange of churning forms. Amidst the frenetic energy of patterns that turn in on themselves endlessly, Fernández offers the viewer a point of stability in their own reflection among the fragmented slivers of untouched mirror. The title of this series is inspired by Caribbean writer, poet, philosopher, and literary critic Édouard Glissant’s essay “The Black Beach” (from his iconic book Poetics of Relation), in which Glissant describes Le Diamant, a beach in his native Martinique, as having a subterranean, cyclical life. In his analysis of “The Black Beach,” AbdouMaliq Simone, urbanist and Professor of Sociology at Goldsmiths College, University of London, describes Glissant’s illustration of Le Diamant as:

An ever-swirling landscape of volcanic sediment and colored sands, indiscernible winds, falling rock and trees, and seemingly interminable backwash―a volatile heaving place part of neither sea nor land. A solitary man is always pacing the beach at different speeds, never saying anything, but adjusting his steps to the chaos.¹

In Simone’s reading, the solitary man stands as a metaphor for what Glissant identifies as “the rhythm of the world that we consent to without being able to measure or control its course.” Fernández’s Black Beach(Unpolished Diamond) series and the exhibition as a whole invites us to be the figure in the landscape, embodying Glissant’s solitary human, and to become critical witnesses to the chaos of history, the present, and to the systems of violence that often render the land and its people both mute and invisible. In this way, Maelstrom reimagines the Caribbean both as a planetary center and the scene of the crime, creating an image of resurrection and renewal in which both people and the land ascend.

In addition to her major installation within the main gallery, Fernández has created an intimate, immersive installation, Hurakán, in the lower level gallery, that references the systemic exploitation of women’s bodies particular to the Caribbean region. The walls of the gallery are covered with hand drawn horizontal lines rising and falling, echoing water tables or tides. Along a single, eye-level horizon line, 20 intimate 6 x 8 inch works surround the viewer, depicting colorful abstractions that suggest aerial weather patterns and resemble island-like embryos. The title of the series, Hurakán, is an indigenous Taíno word for god of the storm, which was adopted by Spanish colonizers to refer to the seasonal storms specific to the region. In 1953, the United States began using female names for storms, each of Fernández’s work bears the name of an historic hurricane as its subtitle, e.g. Hurakán(Maria), Hurakán(Paloma), Hurakán(Nana), and Hurakán(Flora). Here, Fernández makes pointed reference to both the use of women’s names for catastrophic weather events and the violent history of Puerto Rican women who were unknowingly used to test and develop the birth control pill under the support of Margaret Sanger. Paradoxically, Margaret Sanger is celebrated in the US as a feminist who helped liberate American women to take control of their reproductive rights, even while being connected to the practice of eugenics.

Since the 1950s, Puerto Rico (the oldest existing colony) has been used as an island laboratory for the U.S. eugenics movement that was developed to control the growth of “unwanted” populations and fast track FDA approval for human testing of experimental drugs, including many forms of contraception. Tests and procedures (including sterilization) were performed on victims who were often unaware, uninformed, and powerless against the physicians who were charged with “treating” them. By conflating the early practice of naming destructive hurricanes after women with those who suffered invasive and traumatic experimental medical procedures, Fernández poetically draws a connection between the unspoken abuse inflicted on both the land and on women’s bodies. Also included in the installation is Archipelago(Cervix), a wall sculpture made of solid charcoal composed of all the individual island shapes of the Caribbean archipelago, assembled into an abstracted daisy-chain. Resembling a portal, or cervix, this work directly alludes to the female body and the reproductive violence women of the region have endured at the hands of imperial power; a legacy which continues to this day in U.S. immigration detention centers.

About the Artist
Teresita Fernández received a BFA from Florida International University, Miami, in 1990 and an MFA from Virginia Commonwealth University, Richmond, in 1992. She is a MacArthur Foundation Fellow (2005) and the recipient of numerous awards, including the Guggenheim Fellowship (2003), the Louis Comfort Tiffany Biennial Award (1999), an American Academy of Rome Fellowship (AFAAR) (1999), and an NEA Individual Artist’s Grant in Visual Arts (1994). In 2011, she was appointed by President Barack Obama to serve on the U.S. Commission of Fine Arts. She is the first Latina to serve on this 100-year-old federal panel that advises the president and Congress on national matters of design and aesthetics. In 2021, Fernández will be installing a monumental, outdoor sculpture titled Paradise Parados on the rooftop of the BAM Harvey Theater in Brooklyn, NY.