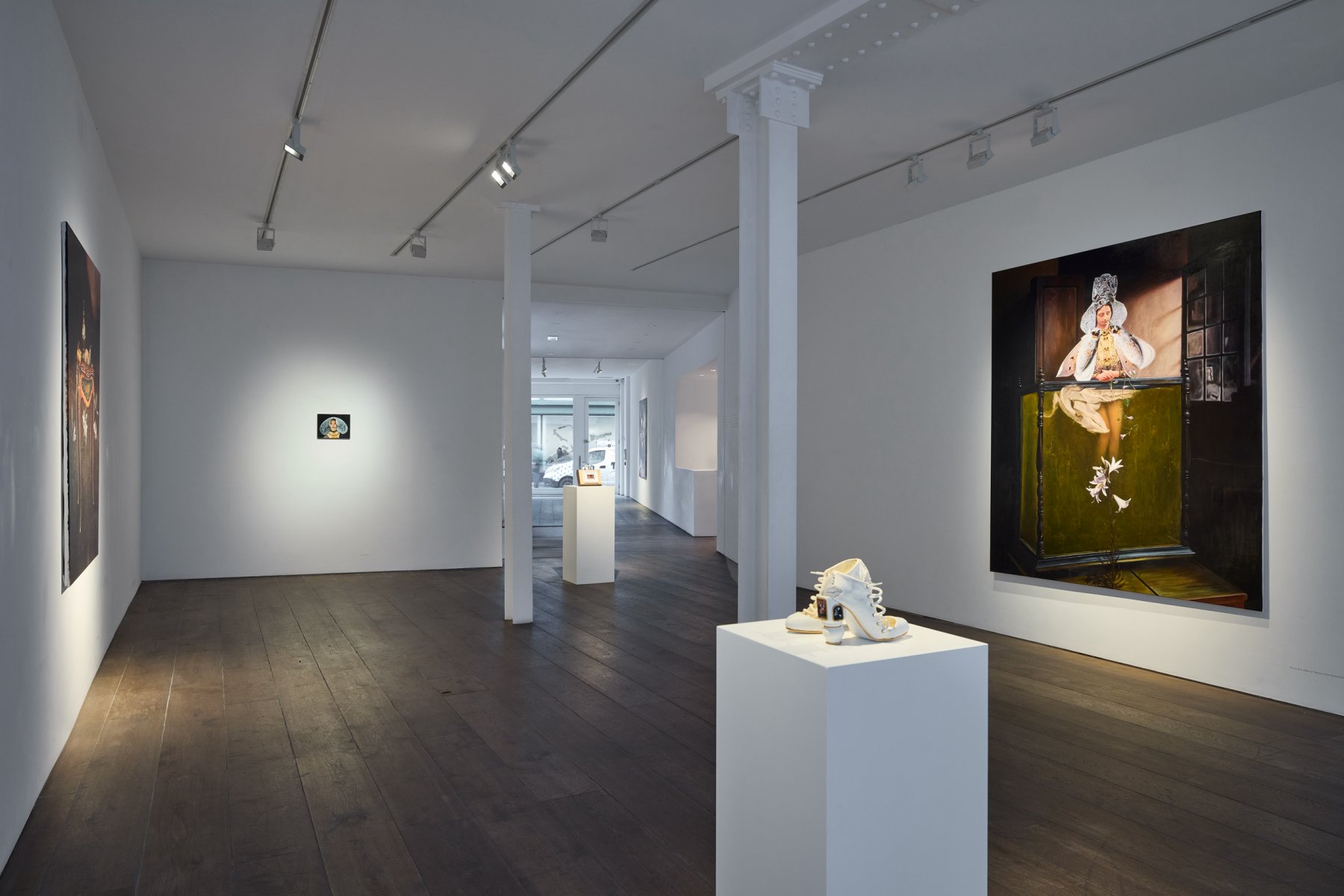 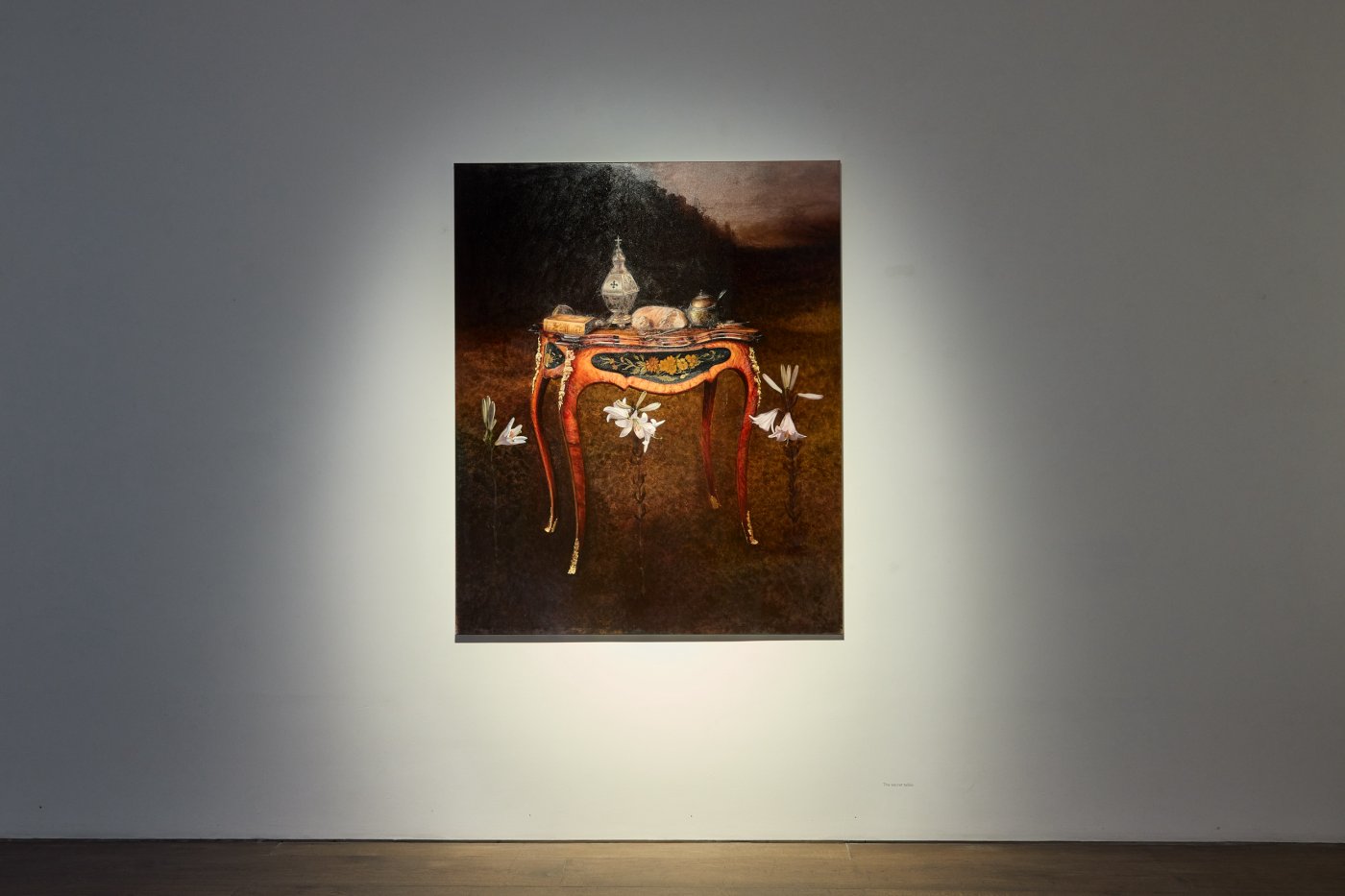 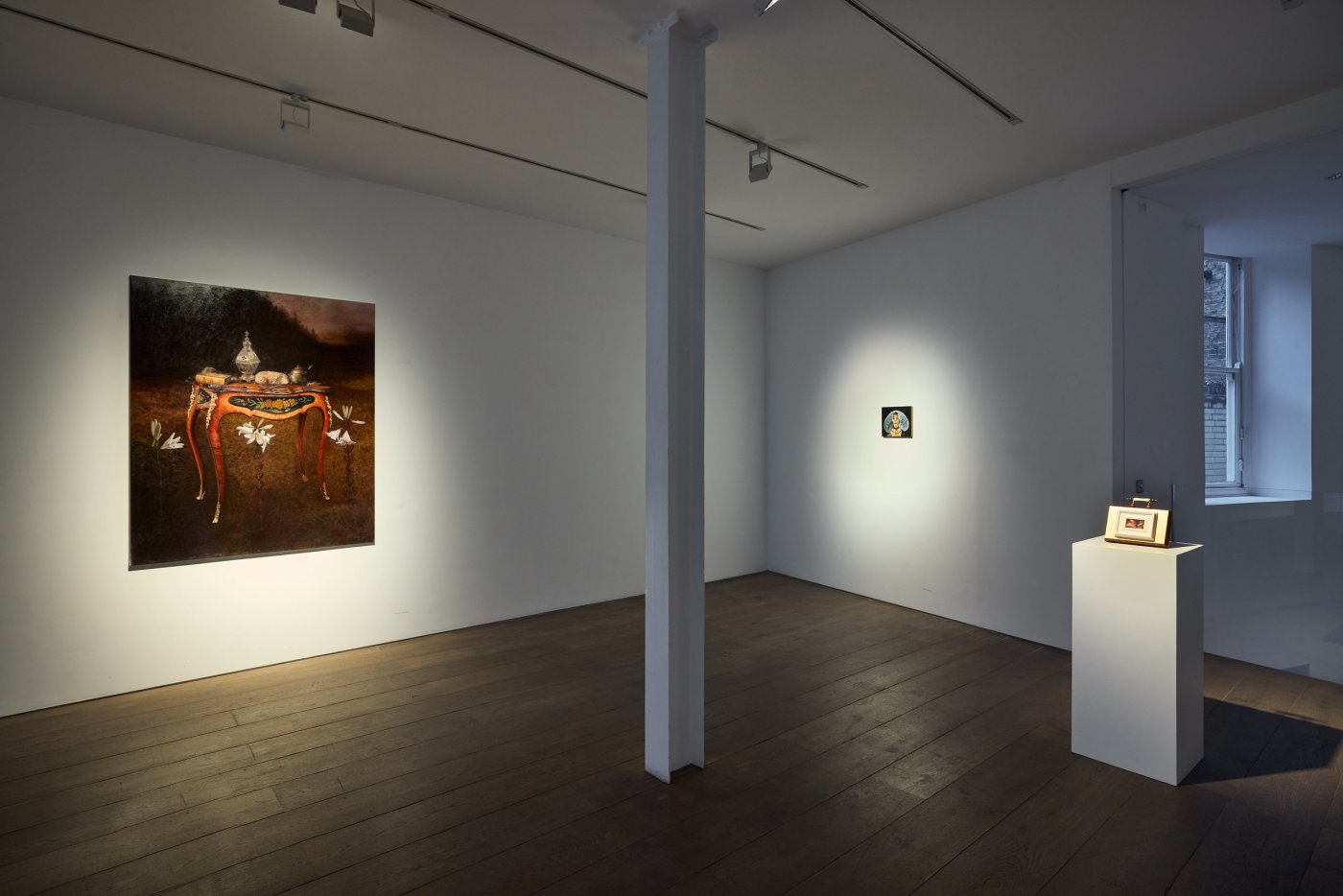 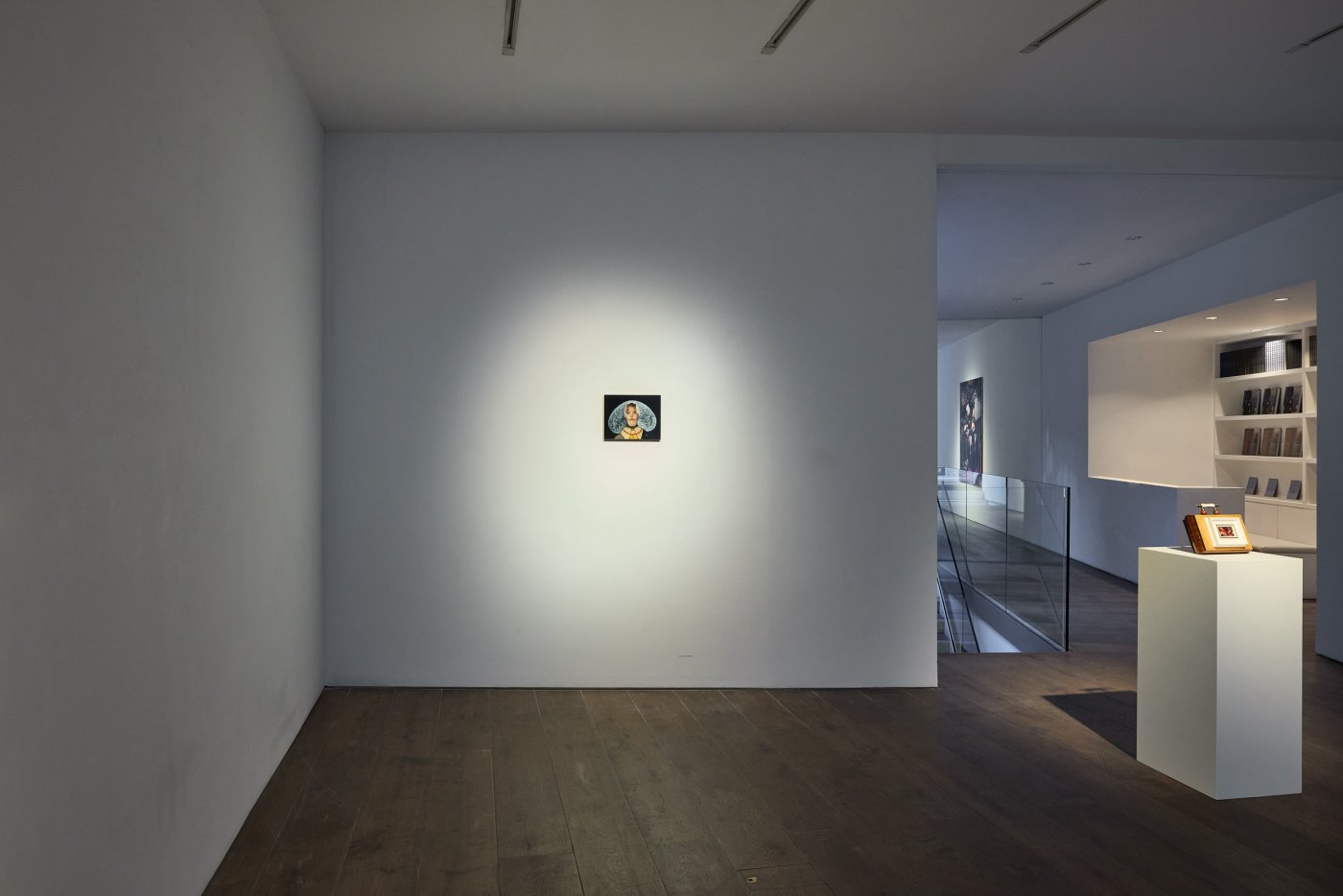 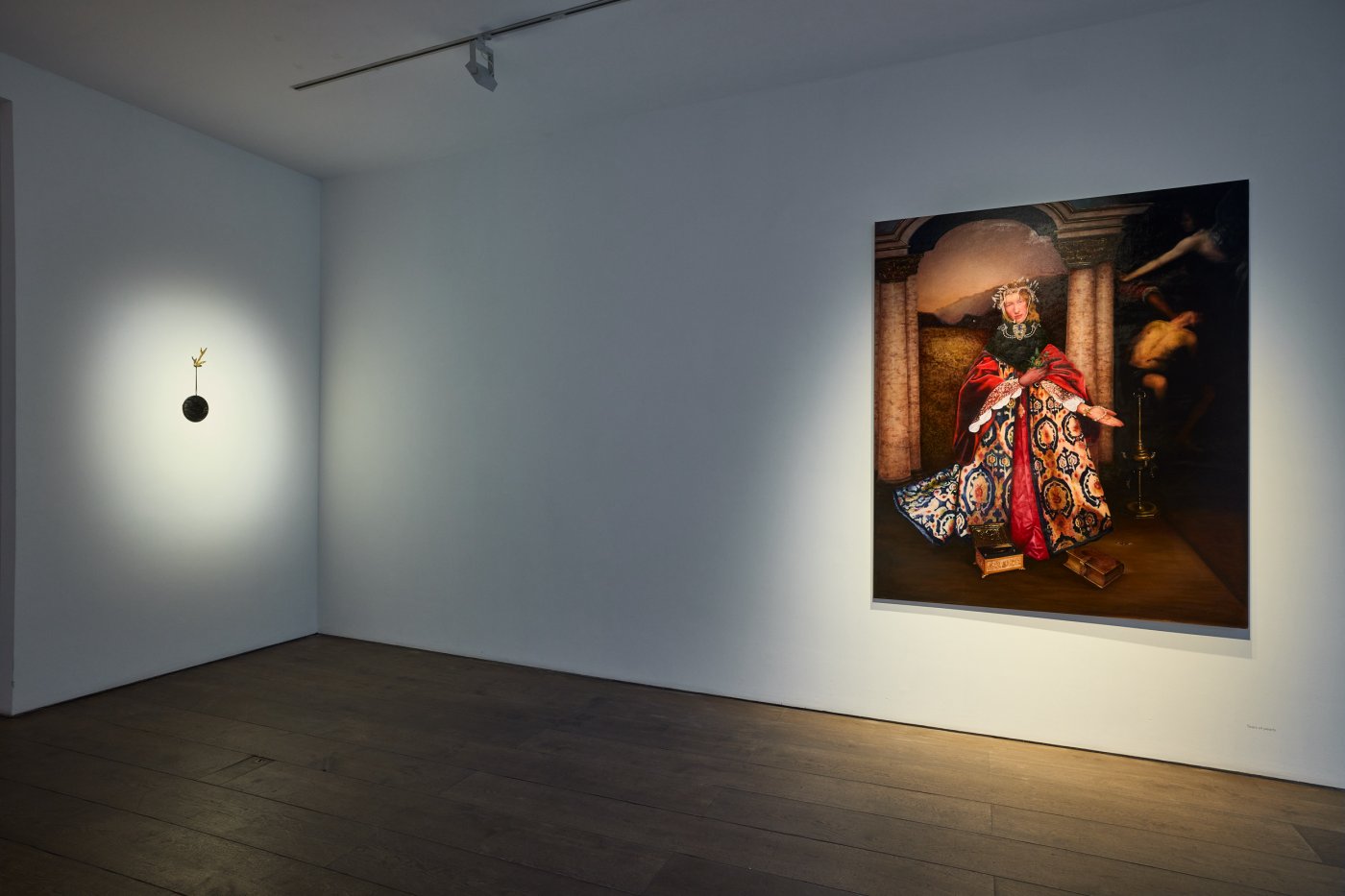 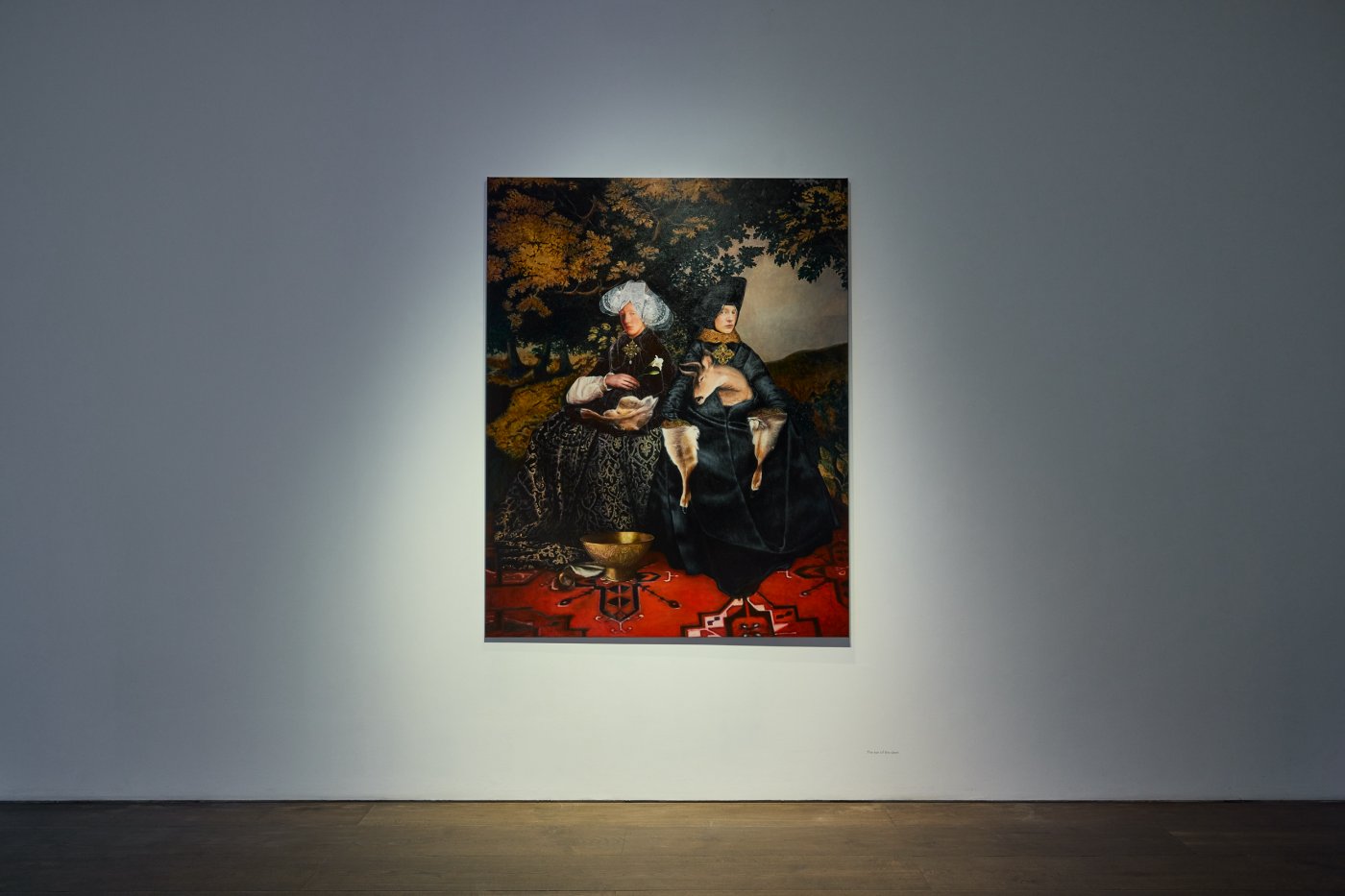 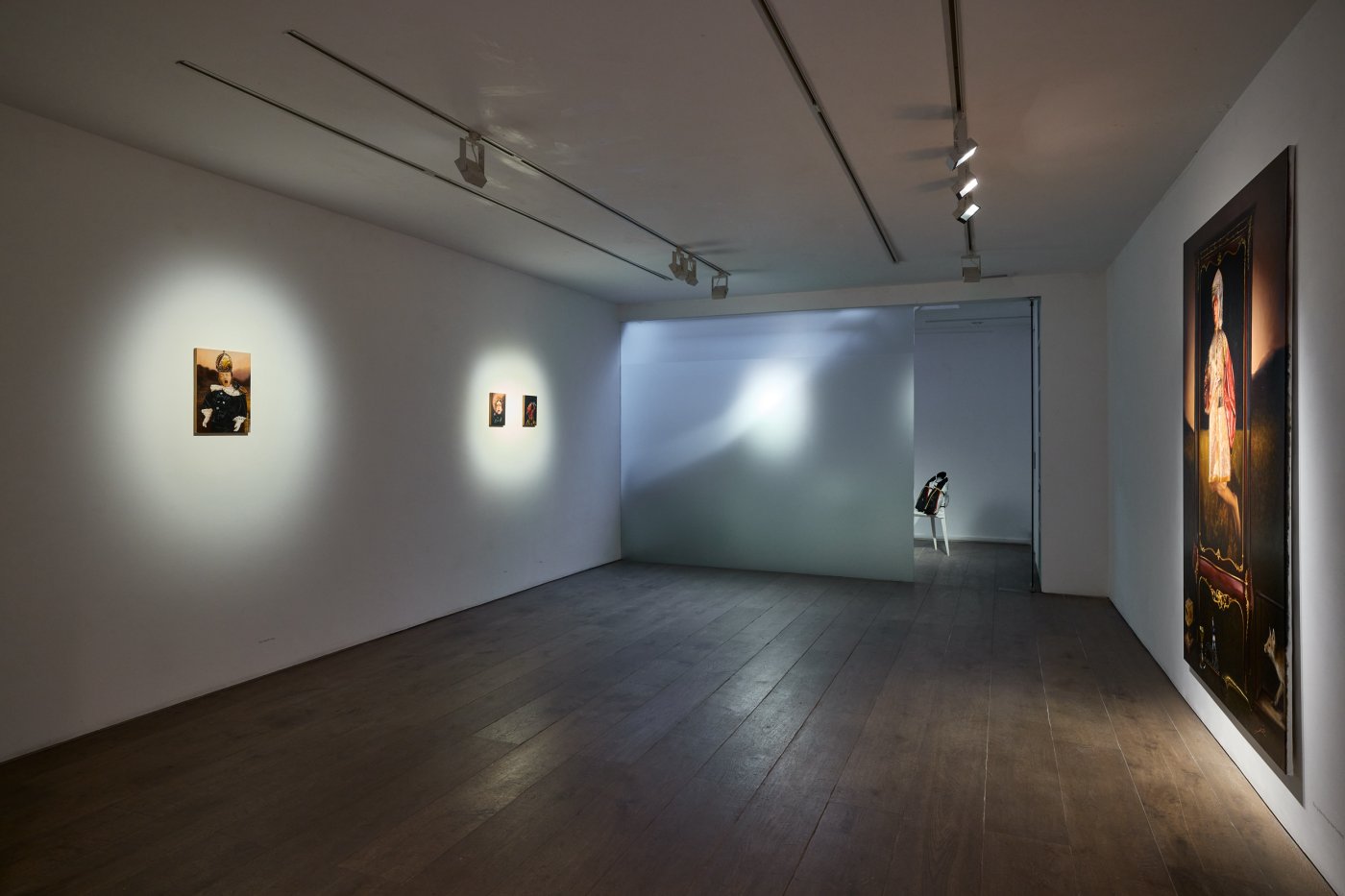 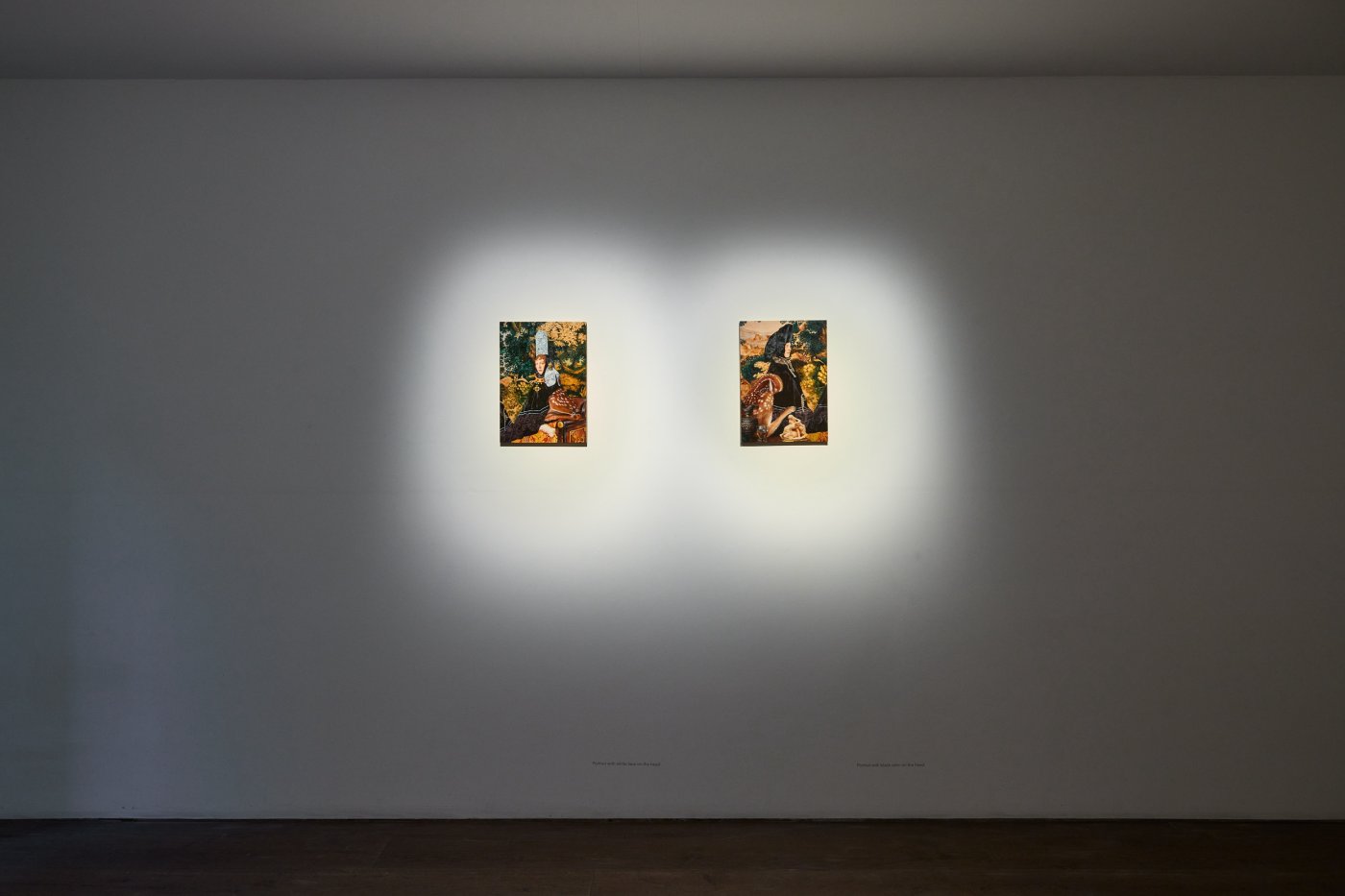 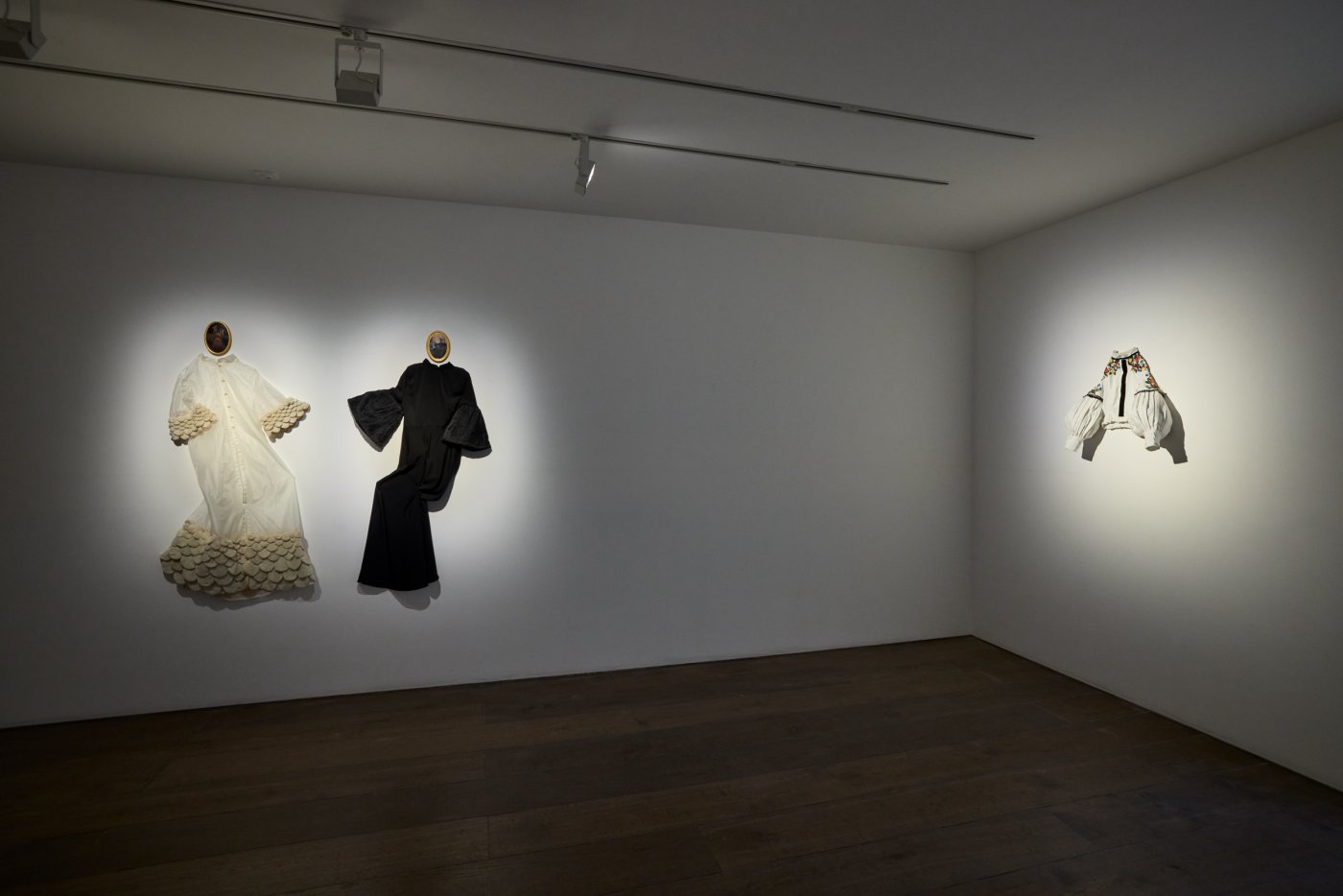 Marked by a distinctive figurative language, Axente depicts her subjects in a surreal setting creating a world of her own, having one foot in the tangible or the material world and the other foot in the spiritual or the elusive. Axente has achieved international recognition for her unique oeuvre resulting in solo and group exhibitions at renowned institutions. As a result, the highly rated Romanian artistis seen as one of the most exciting painters from the thriving contemporary art scene in Cluj, Romania.

Following the artist’s inner exploration of the human psyche, a new selection of paintings will be displayed for the first time. The new works express her profound spirituality and belief in the teachings of the Holy Scriptures recounting the story of Jonah who spent 3 days in the belly of a whale. During his time trapped inside the whale, Jonah understands the real meaning of life through prayers. He finally emerges from the darkness of the naval beast into the light as if he was leaving behind a life of sin and despair to arrive at a new state of purity and enlightenment. All the characters in the paintings live as if in a dream state, detaching themselves from the world of matter to a life of contemplation and levitation.

Axente writes; ‘although the materiality of the many objects and clothes is immediately apparent, it is the various character’s efforts to free themselves from these ornamental cages that distinguishes them.’

The artist’s canvases are densely populated. Every element, whether animal or object, has a particular significance. Nothing enters the painting unless it adds meaning.

Sometimes combined with human beings, animals are present in her works and hide a strong symbolic meaning. These combinations embody our most internal instincts such as fear, defence and survival. The deer, for example, is a symbol of regeneration whilst the doe signifies piety and divine care towards God’s creation: Mankind. Though metamorphosis from “human” to “animal” is a recurring theme in Axente’s works, the exact points of transformation are obscured from the viewers. What really interest the artist is the change at the spiritual level which in turn leads to the alteration of the body.

The work “The Ear of the Deer” shows this metamorphosis of man and animal where the head of the deer emerges as an extension of the belly of the female character. The other character in the work holds a lily which symbolises change. The inspiration comes from a theological statement that says the ear is the only organ through which word can enter us.

In “Tears of Pearls” the artist reinterprets a story from the Bible where Judas receives the Holy Communion and spits it out as a sign of disbelief. Immediately after, the Holy Mysteries are turned into pearls. We see how many paintings are concerned with the transformation of the individual on both a physical and spiritual level.

One of the most complex paintings from a symbolic and allegorical point of view is “The Golden Tongs have Buddied”. Here the character is in levitation in an open field, caged in a cube that references the position of the individual in this universe of matter. The glass epitomises the ‘Holy Communion’ which is a symbol of eternal life. Alongside the chalice there is a dwarf who is reflected in a mirror and represents the deformation of man through sin and attachment to materiality. Other symbols that we can find are the trumpet, which stands for the voice of consciousness, or the fox which it seems to be merely an element of decoration, but symbolises the lacking the divine spark of life. Finally, two golden stag beetle horns emerge from the character’s belly; the horns stand for the horns of wisdom, whereas the belly represents fertility.

Each element in the paintings speaks to us of the consequences of our actions; the choice between altruism and selfishness, good and bad, and most importantly, reaching for the skies or being anchored by worldly concerns that chains us to the limits of this earth.

Maybe the most fundamental work for understanding the artist’s intention is the painting entitled, “In Silence Hangs a Bindweed Flower”. Axente talks of wishing to induce a deep silence through the work. Alongside the edge of the aquarium is a bindweed flower which hangs as if it wants to twist itself around the character. The bindweed is a climbing vine and a creeping plant that suffocates all its surrounding vegetation. It symbolises the attempts of the individual to free themselves from their physical limitations and rise vertically to pierce the swirling flower of this world loaded with many trials and obstacles.

Teodora Axente takes us on an intimate journey of enlightenment towards a vision of light and profound spiritual transformation.