Roberts Projects presents Invisible Cities, Taylor White’s first solo presentation with the gallery. Seen together, these works, and this exhibition, are as close to a perfect harmony as a dissonant melody can be. 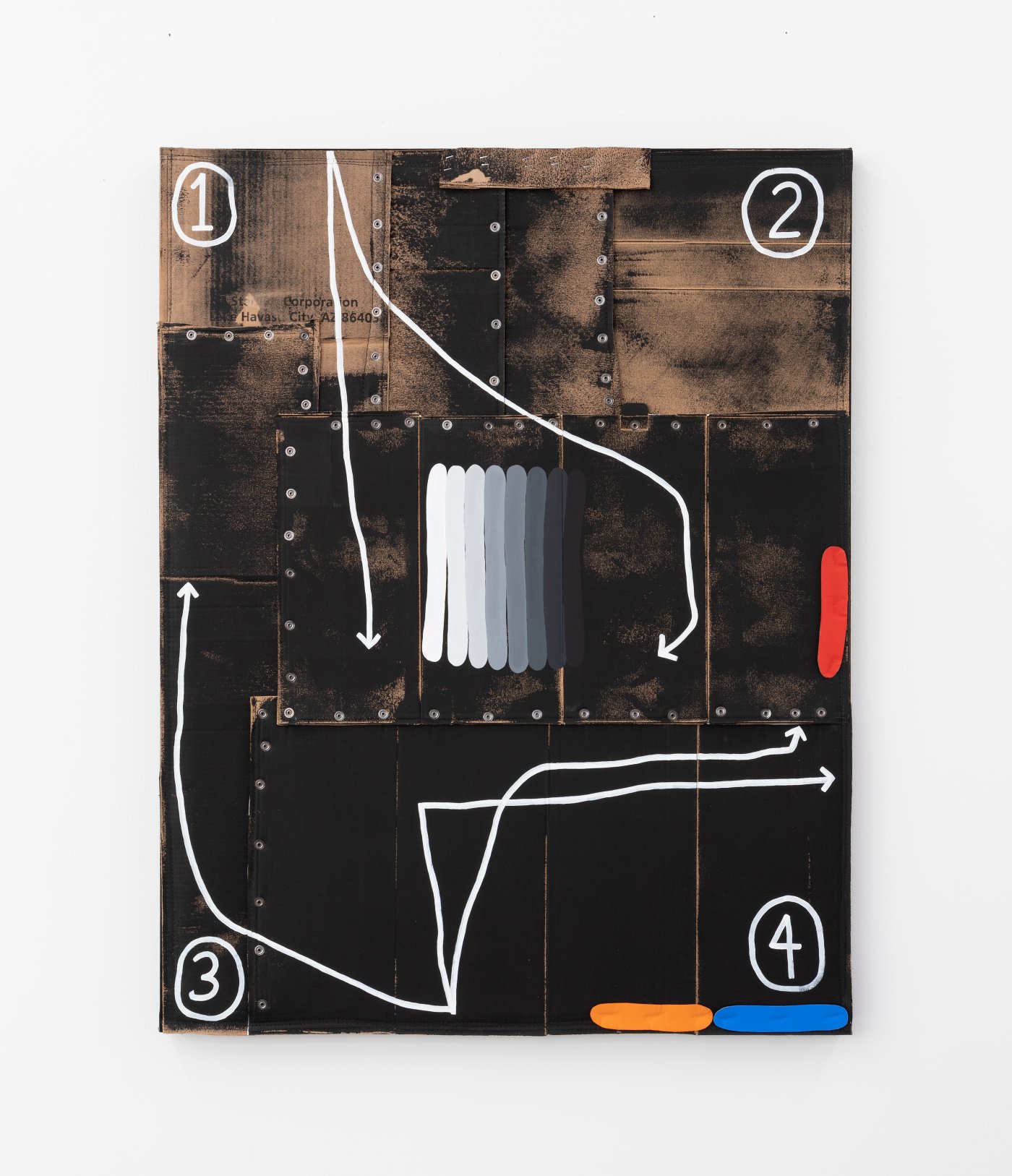 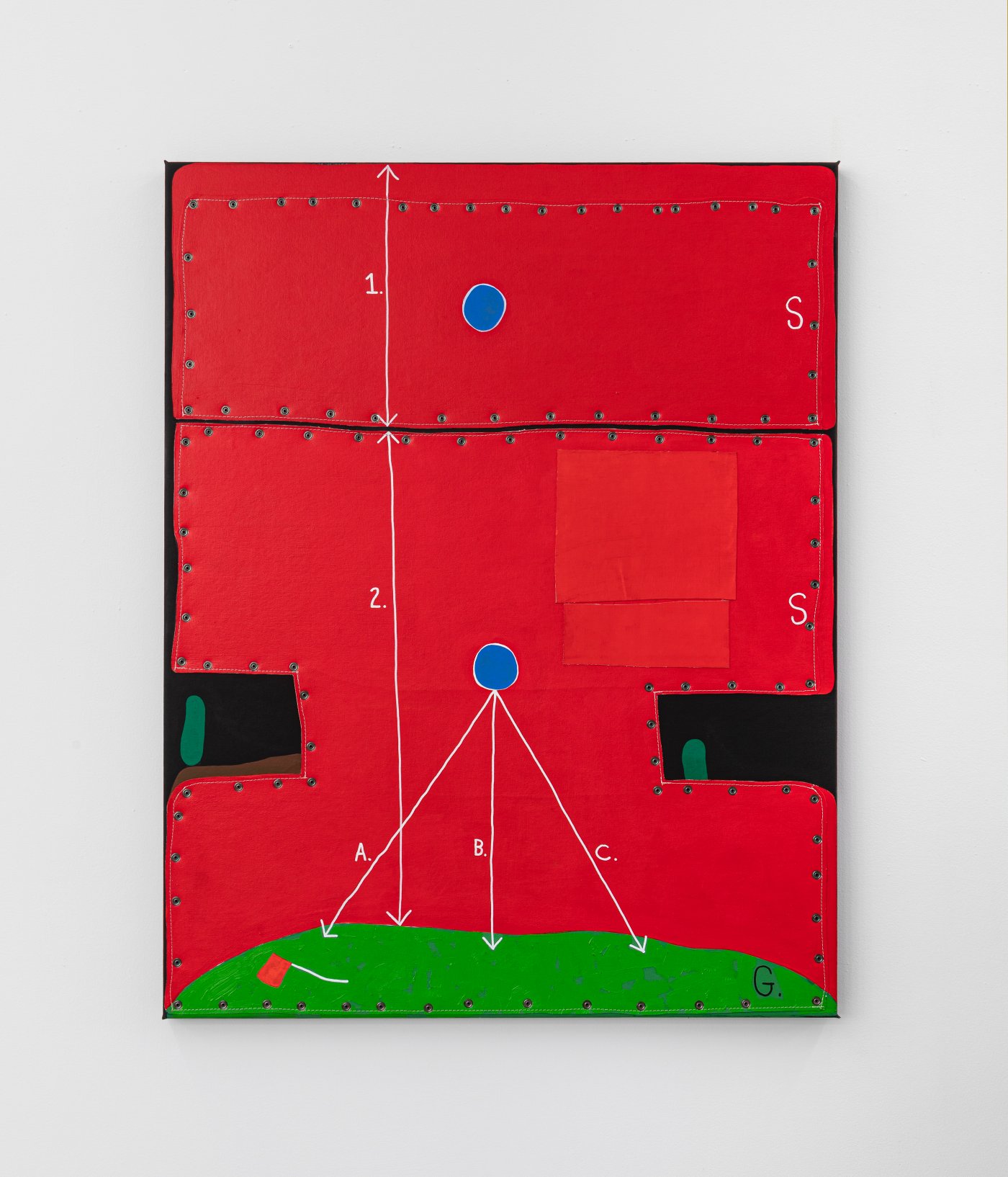 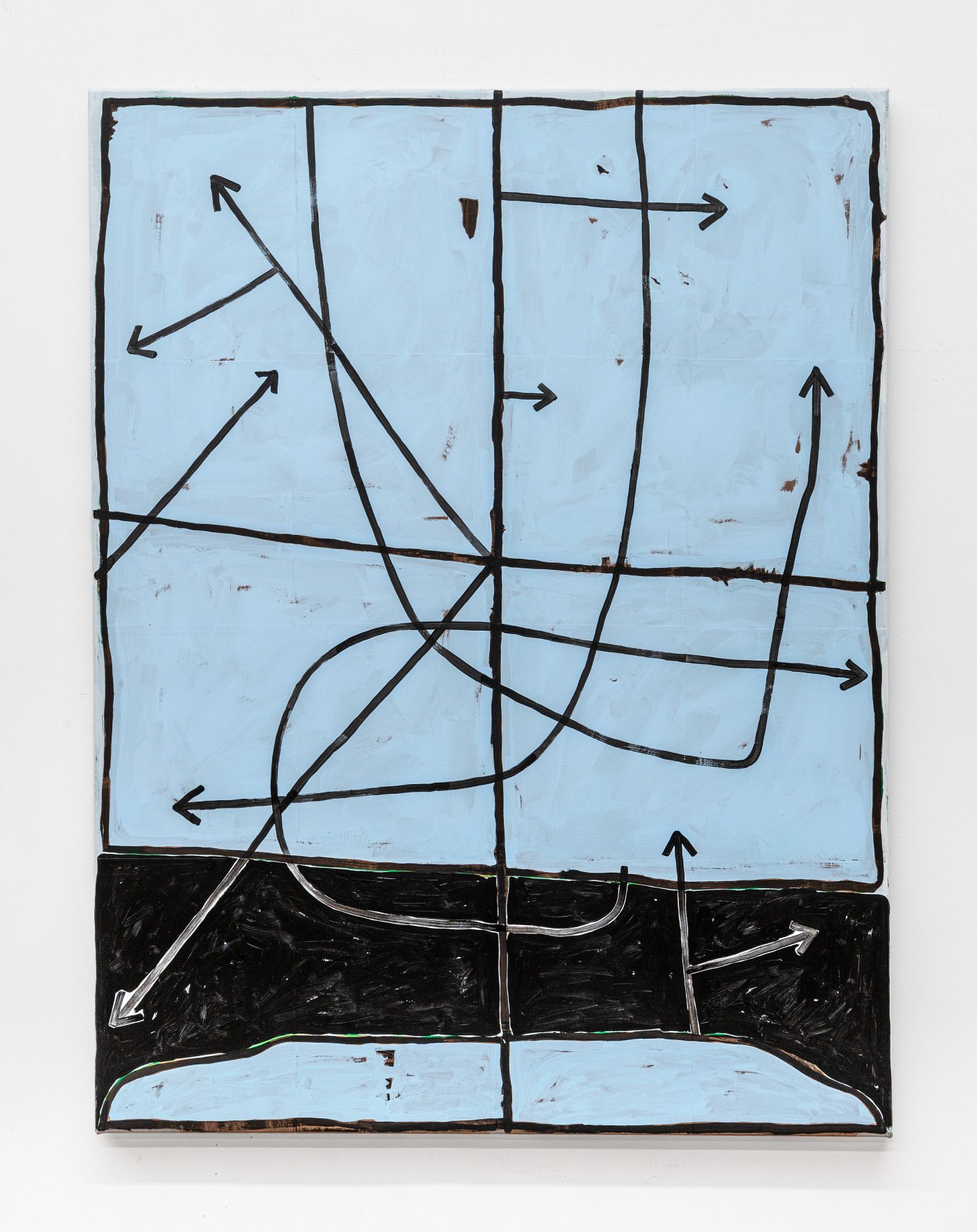 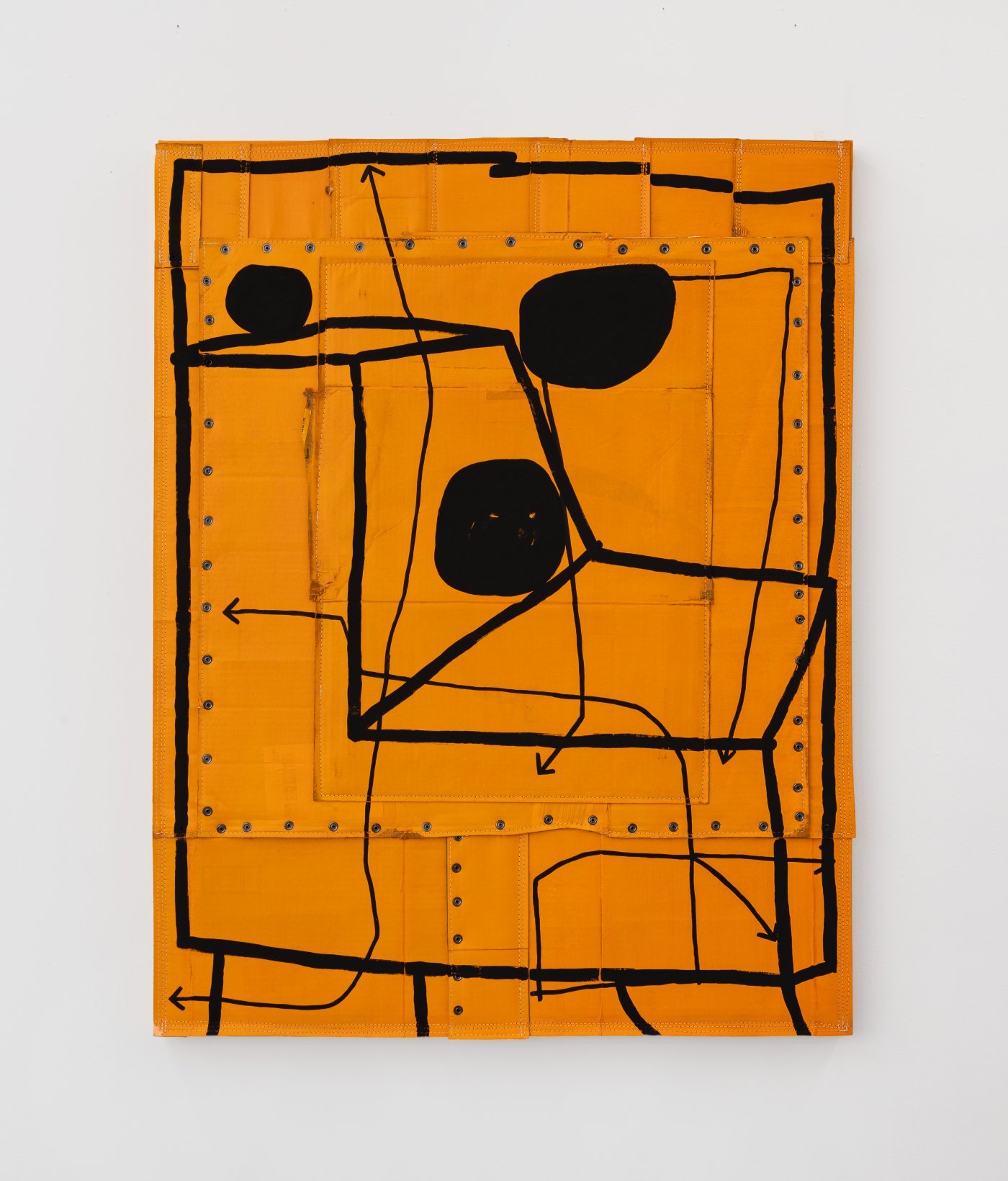 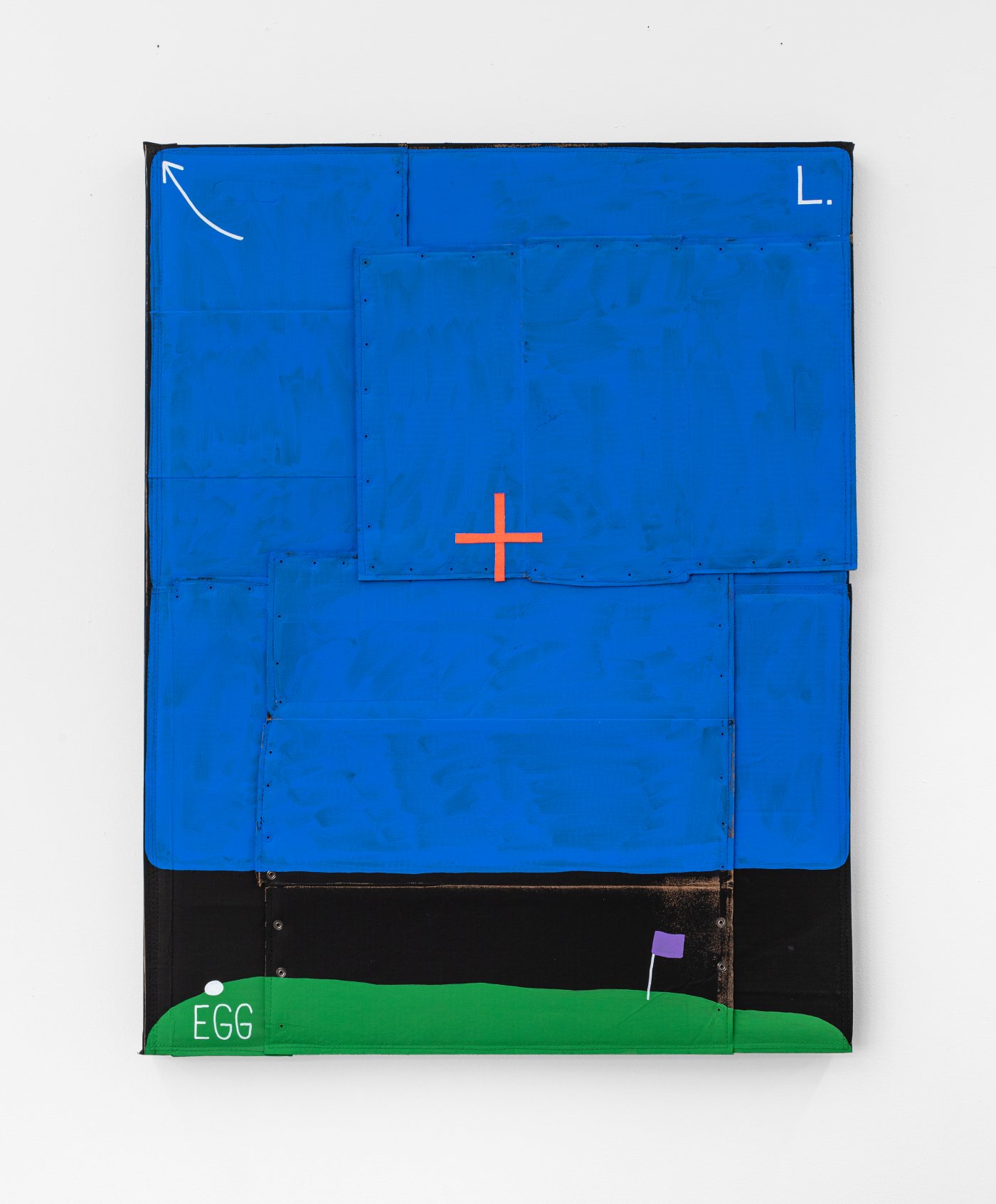 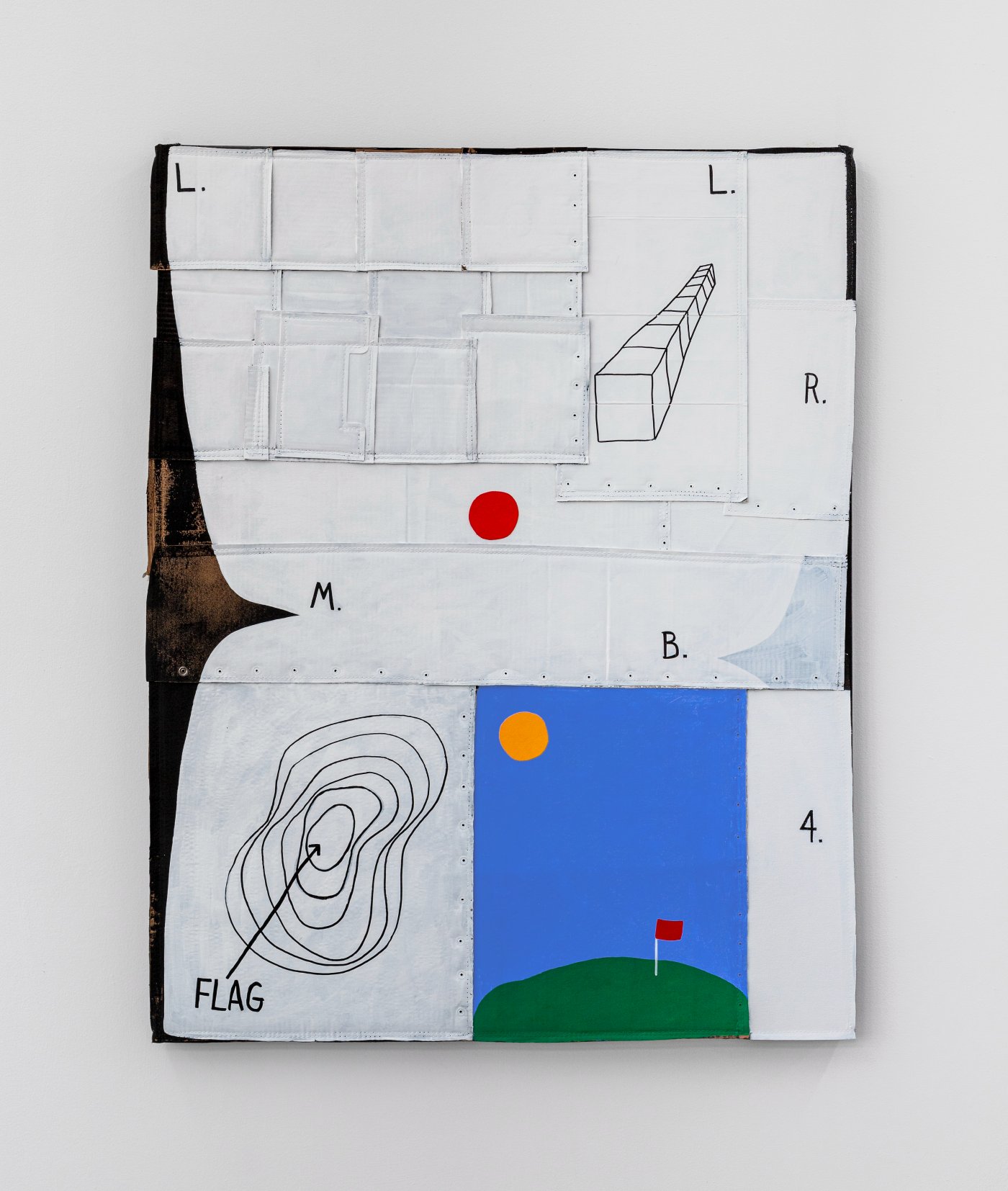 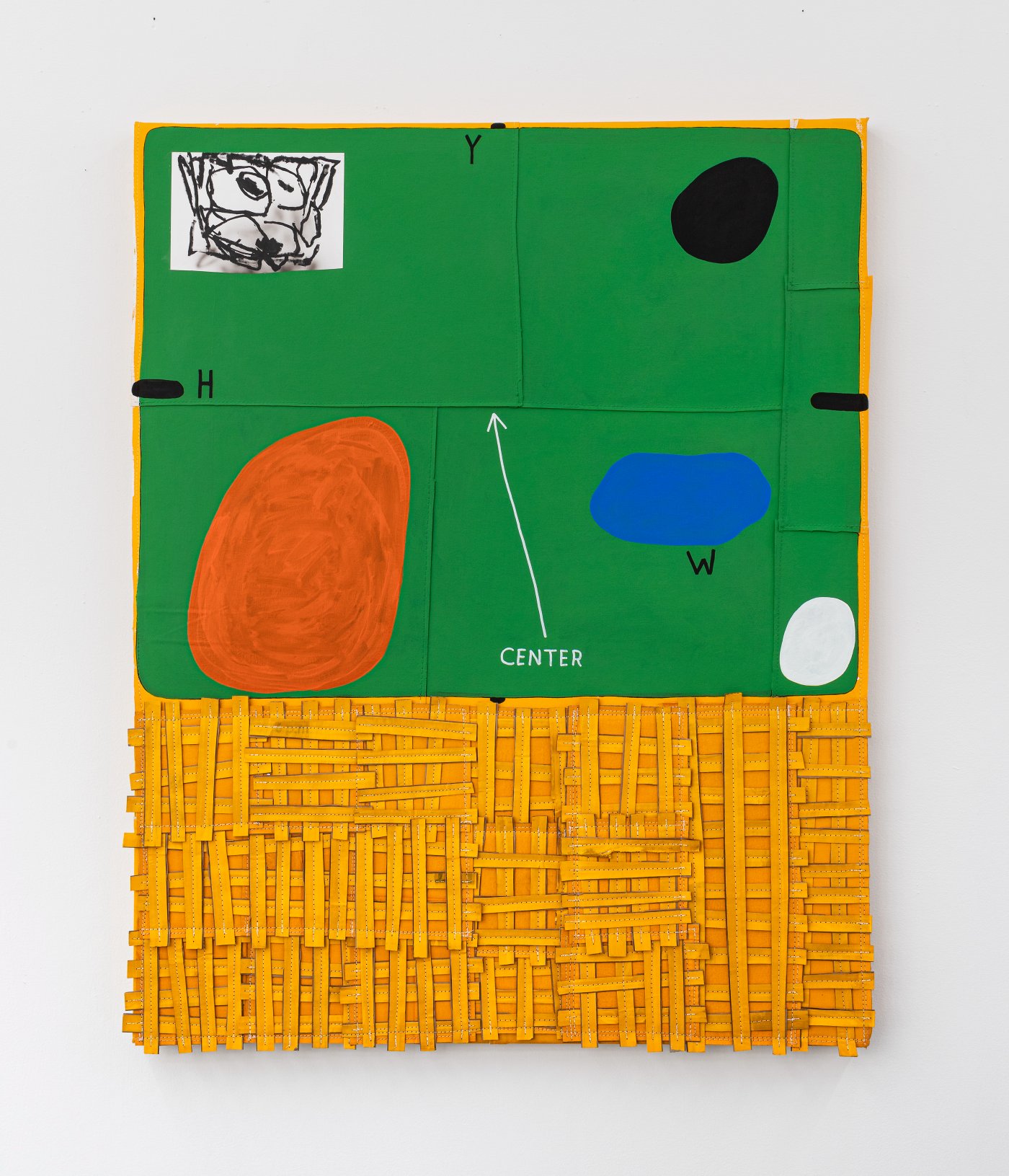 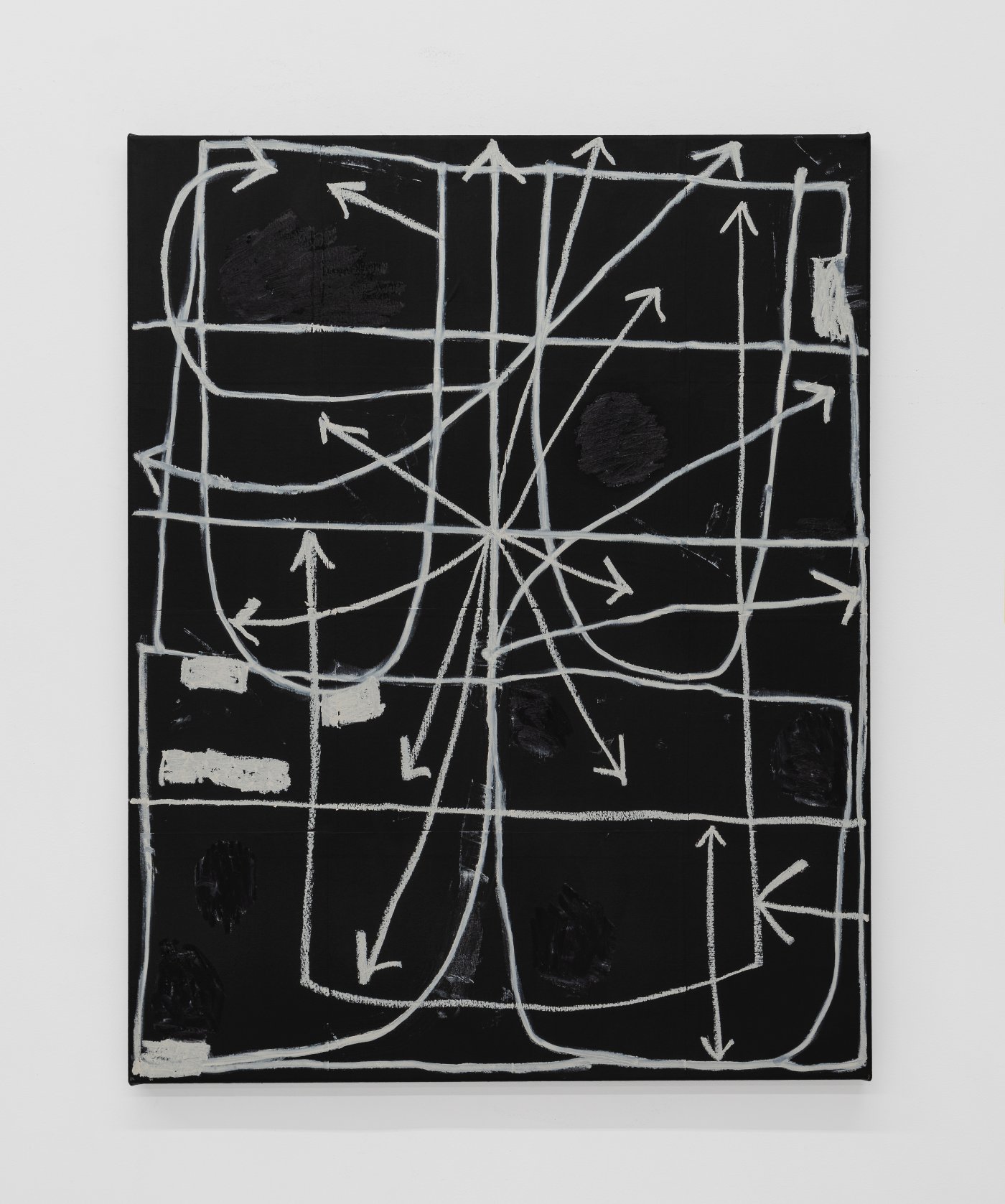 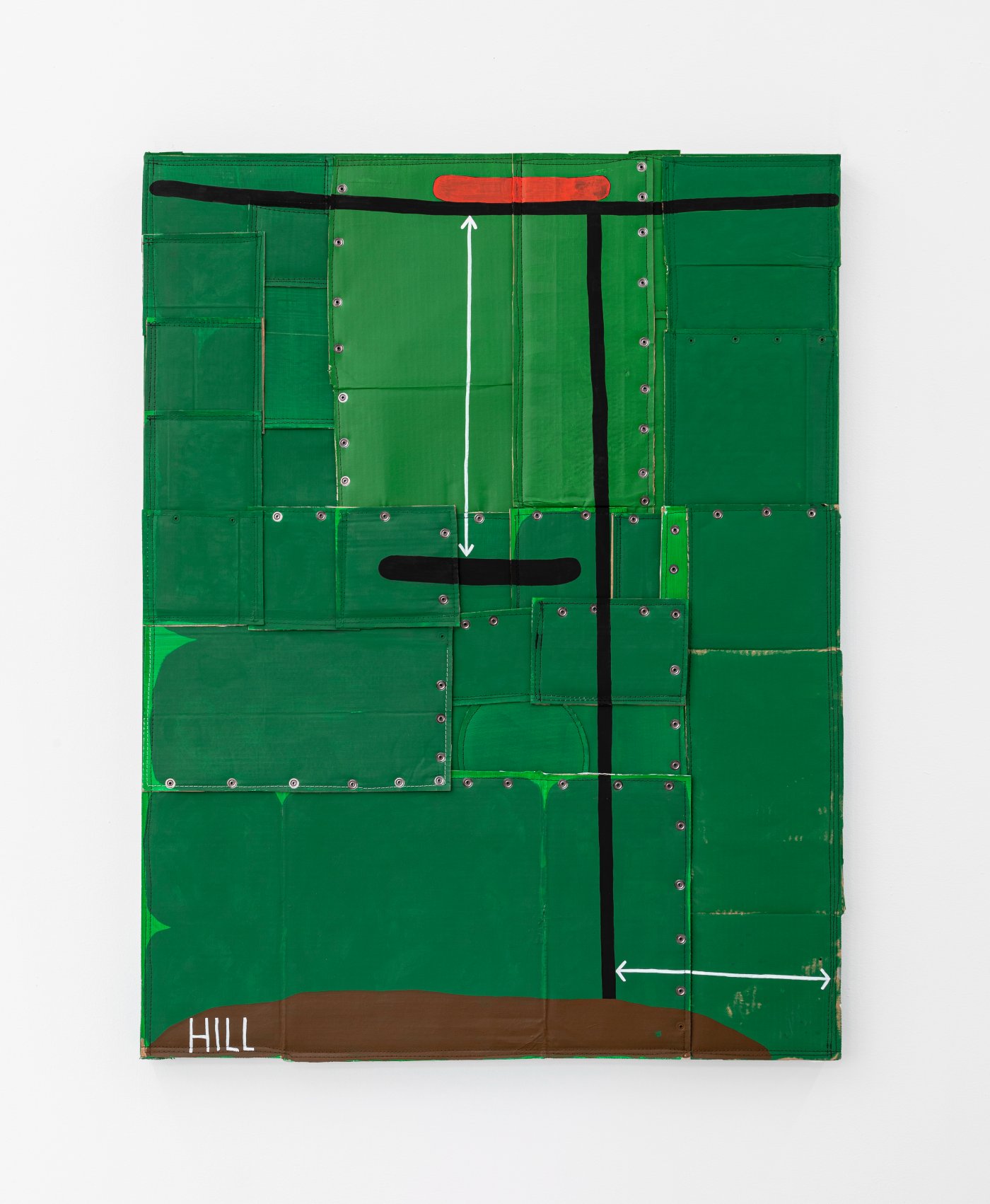 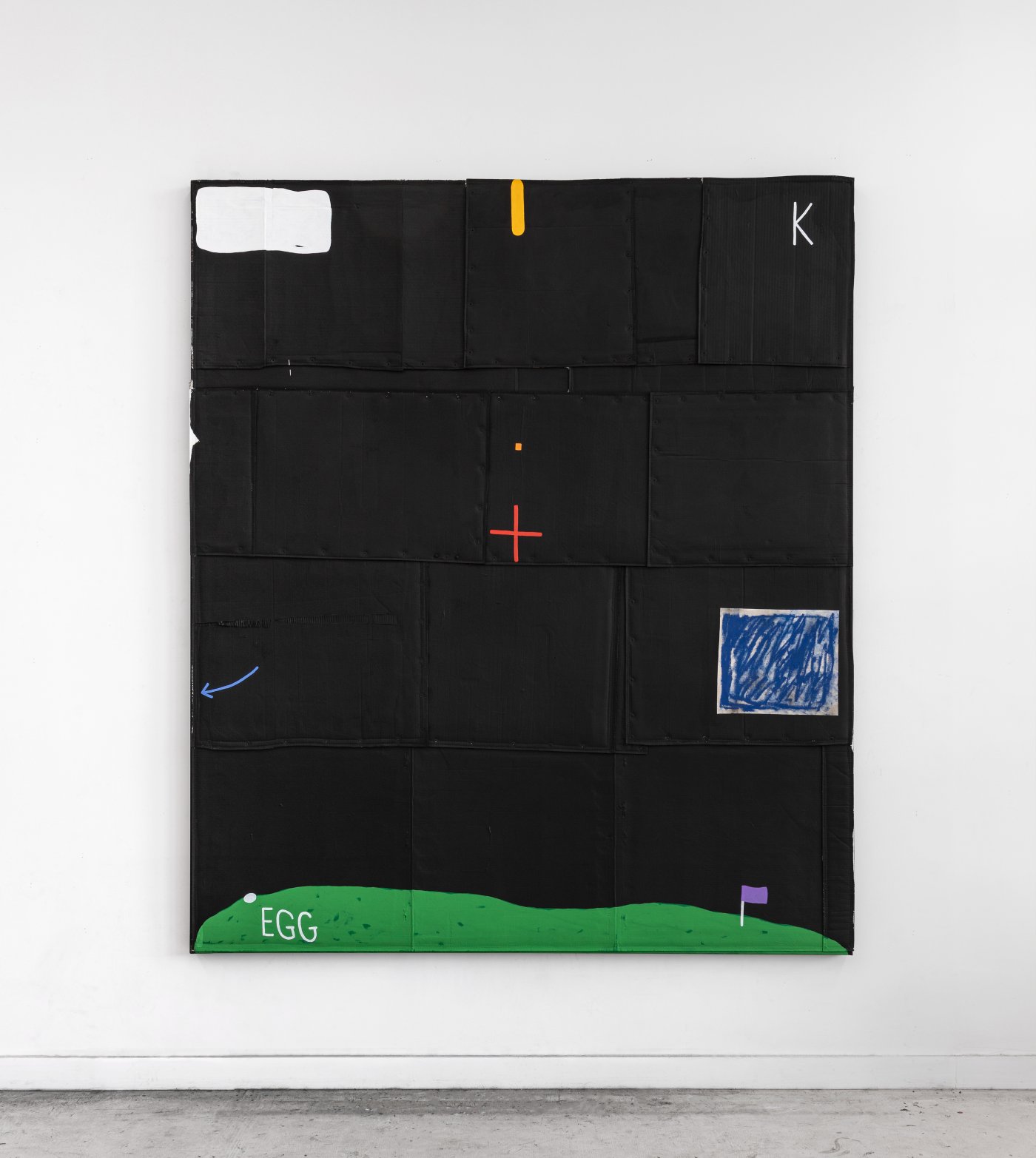 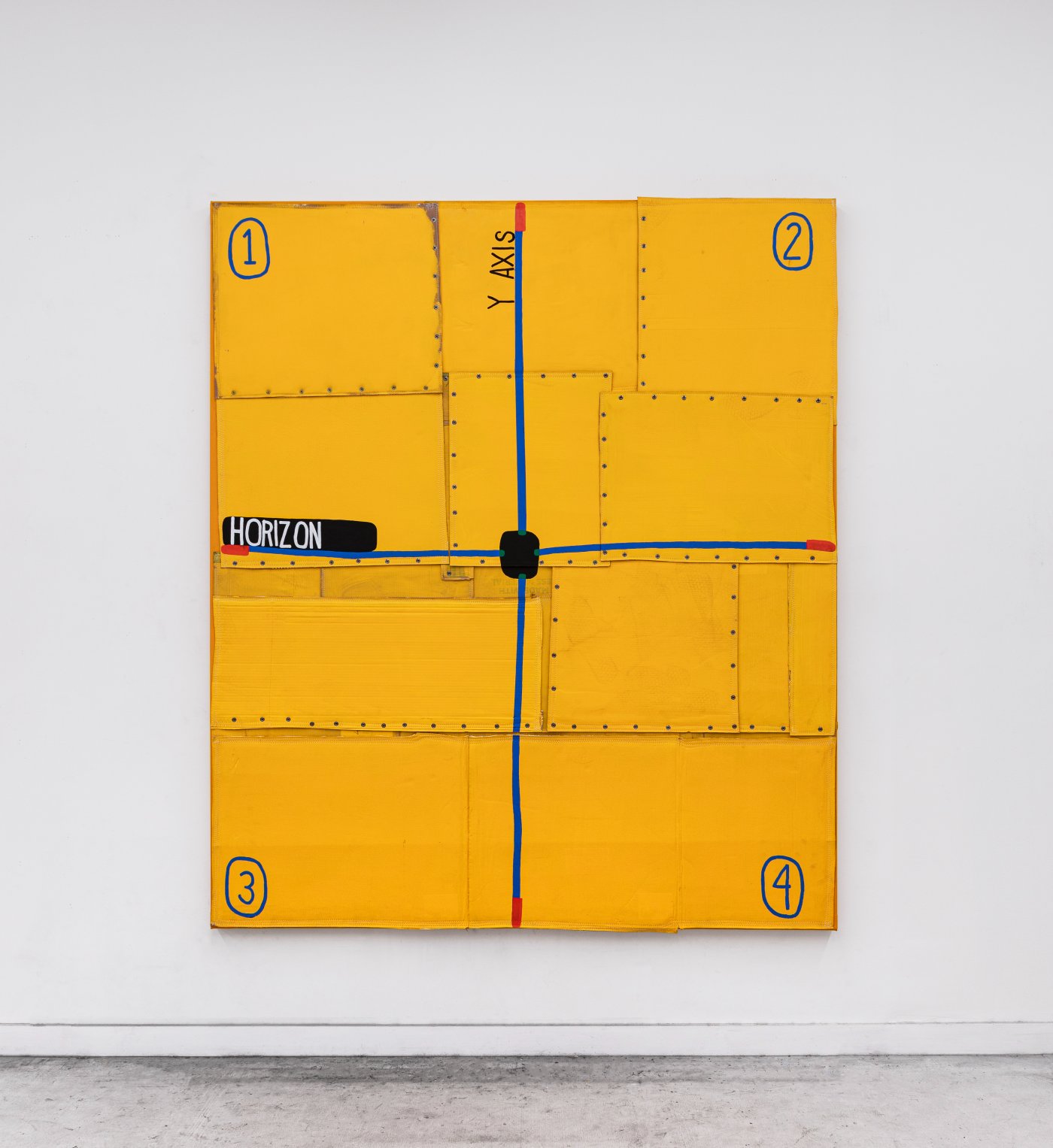 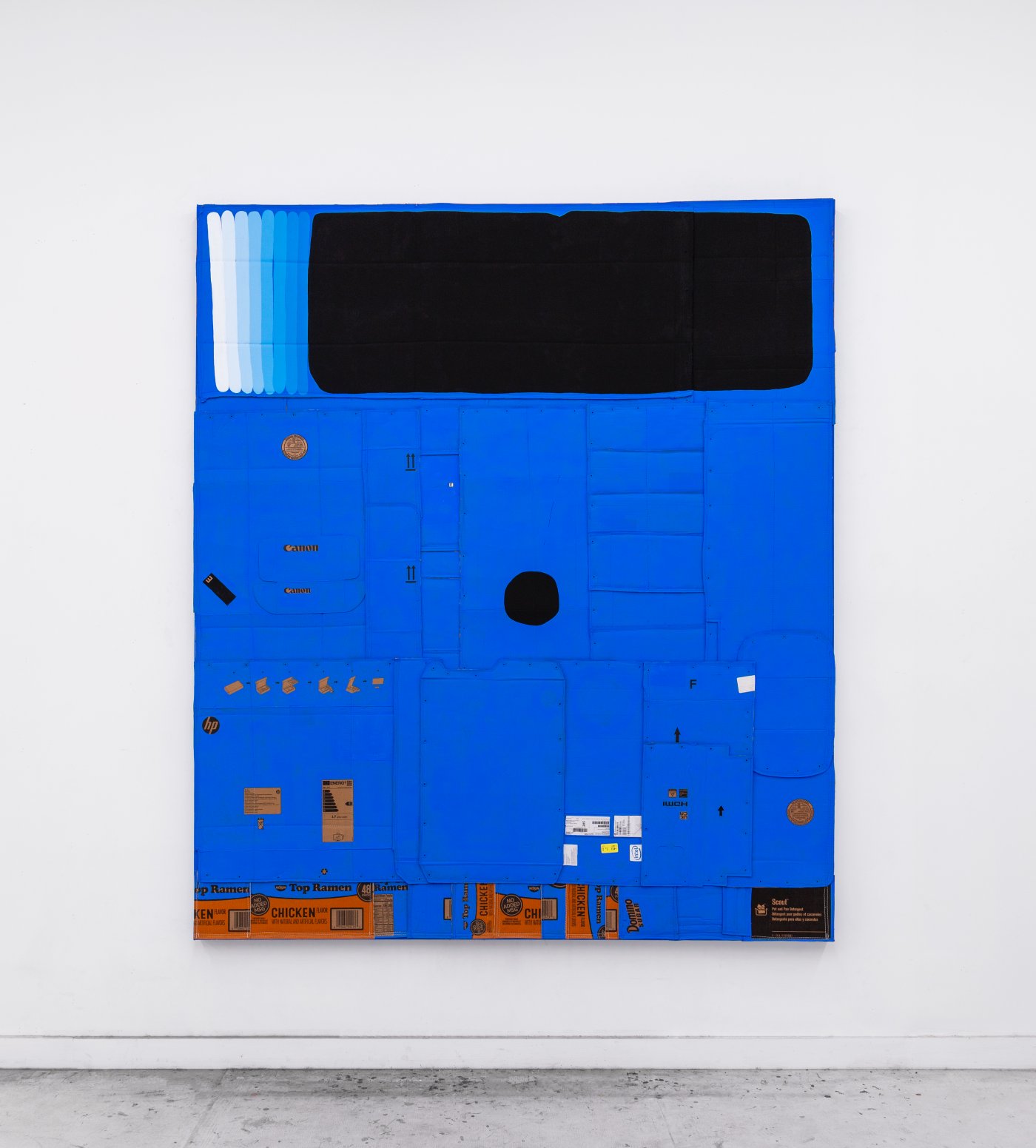 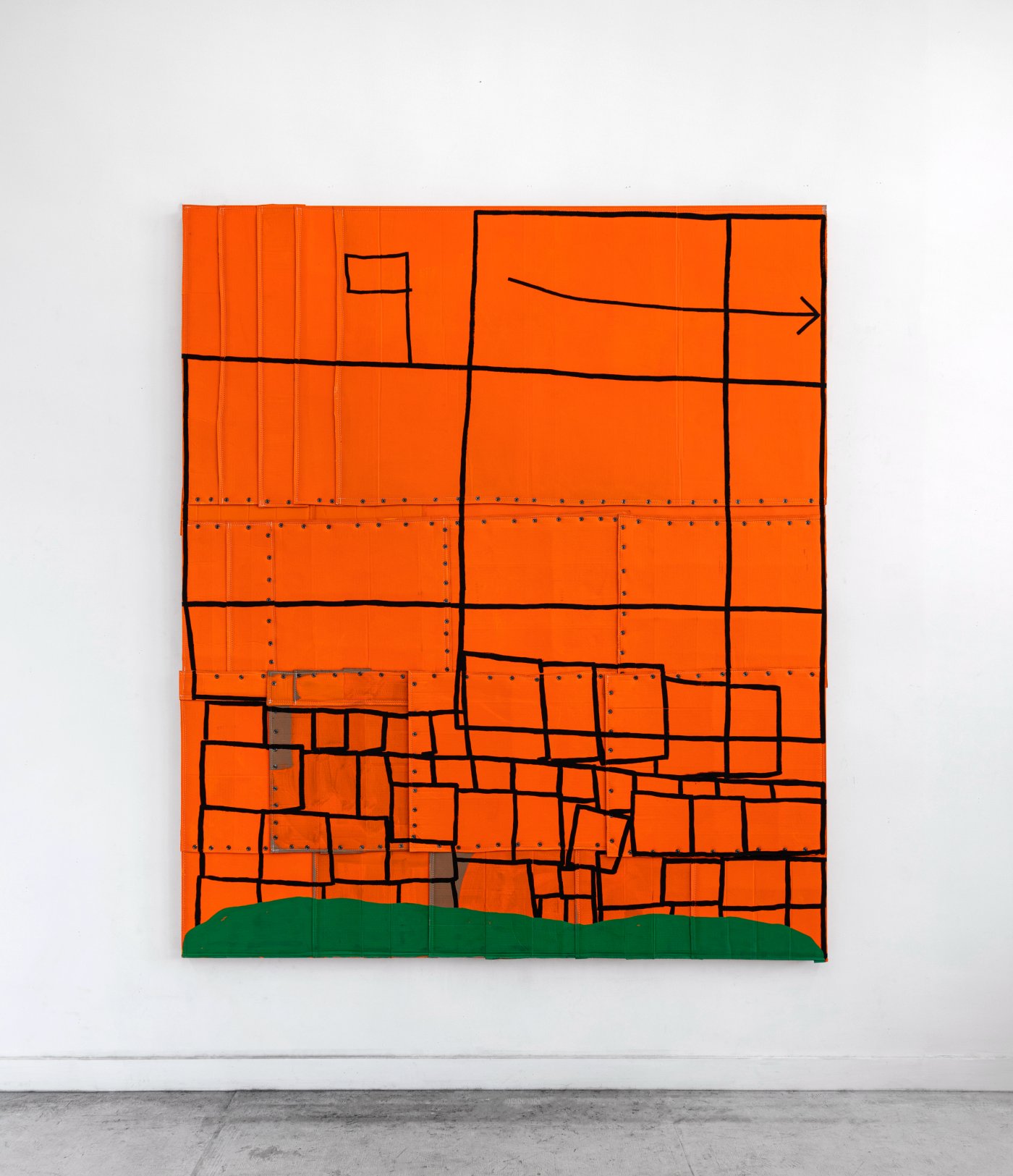 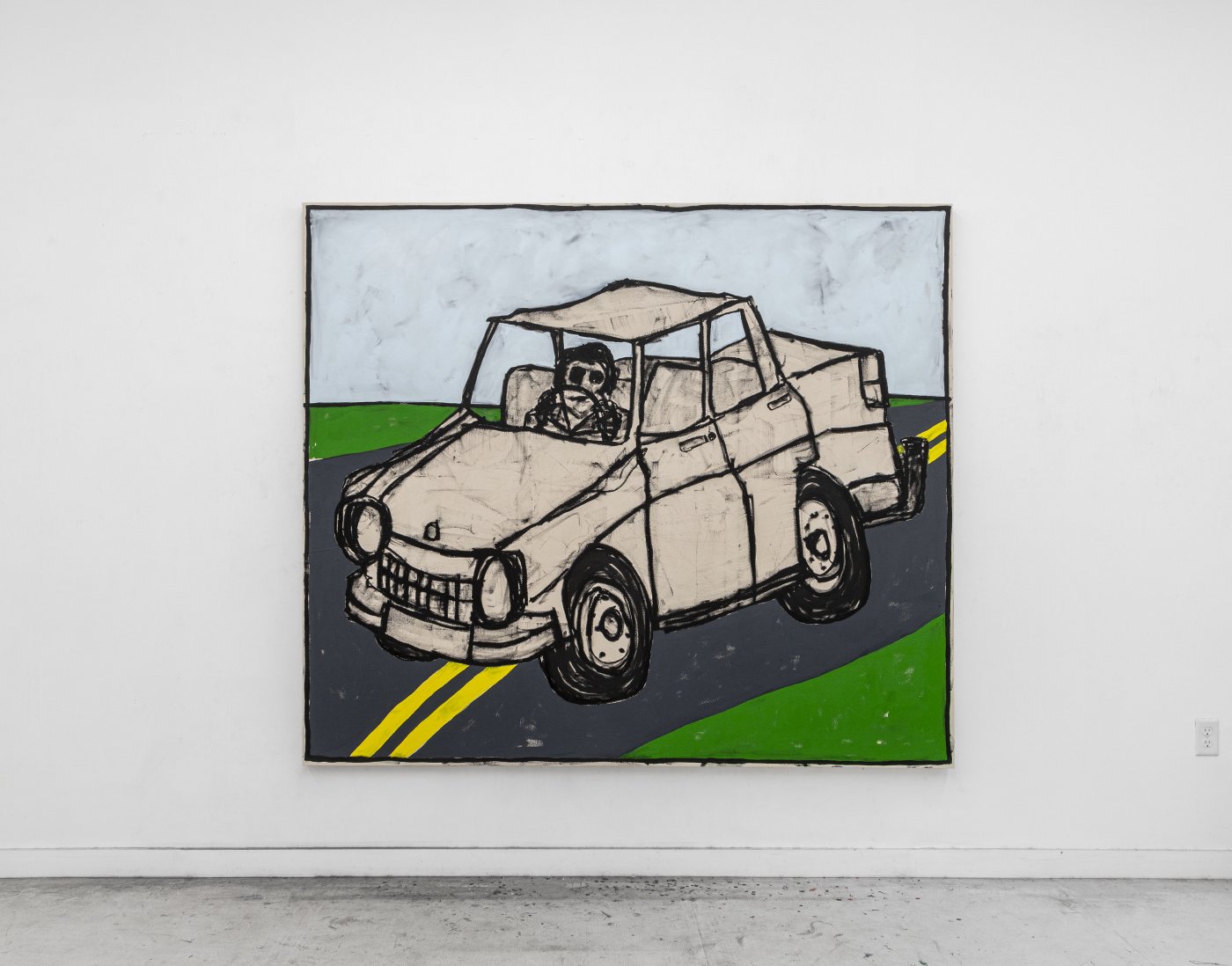 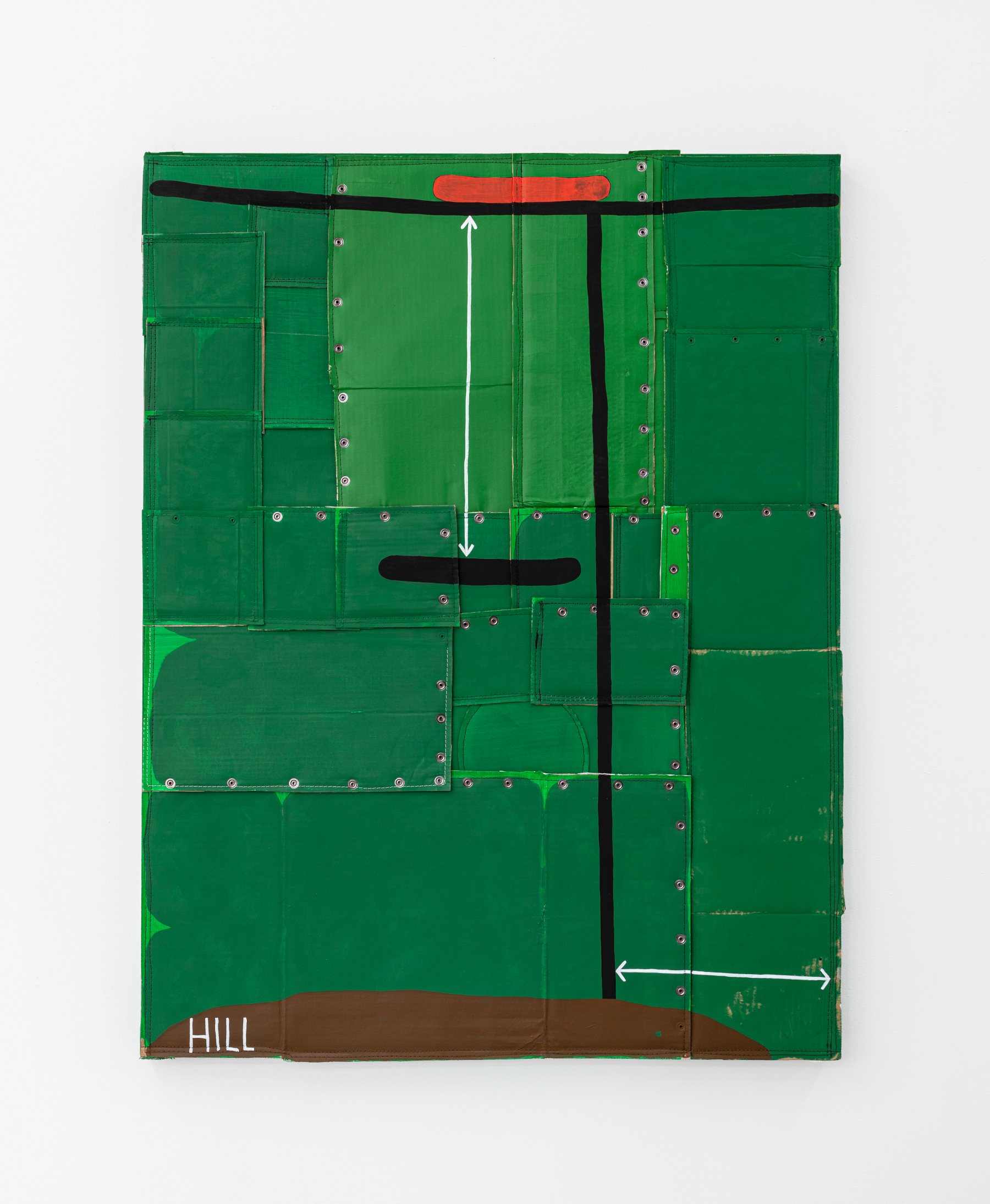 Large-scale paintings are presented alongside more intimately scaled mixed-media work. Dominating, colorful abstraction gives way to found and imagined landscapes as though seen through windows or down rifle scopes. Each painting has a tough balance within itself. Multilayered pieces contain sociological determinations between industrial and rural, memory and nostalgia, identity and community. Alienation from society, loss of identity, and the loss of self are buried in the deeper parts.

White’s landscapes are deeply complex. He simplifies complicated, expressionistic forms, reducing them to a compressed field of reference. Natural elements are almost eliminated, replaced instead by a rational approach to construction and proportions. Flat and lacking in perspective, his landscapes bridge purely abstract ideas with real spaces. In a striking motif, rifle-scope magnification lines demarcate off-center compositions, and create disturbing and intense conversations between subject, background, and surrounding negative space. There is a stylistic authenticity in his style reminiscent of Twombly’s graphic linework–specifically in the graffiti-like text across White’s paintings–and in emotional tension of Fontana’s rough-hewn, tangible materials.

The exhibition takes its title from Italo Calvino’s novel Invisible Cities (1971), which explores the fictional dialogues between traveler Marco Polo and emperor Kublai Khan. The stories outlined by those involved are familiar; in his telling of the discovery and conquest of diverse cities, Calvino’s encapsulates the ubiquity of all cities, or, the every city. Evoking this familiarity, White’s newest work makes direct reference to the militarization of American historical memory, specifically in the discovery of “new” lands and the consequences of such exploration.

White, a former Marine who served nine years of active duty before leaving the military to pursue painting, shares an affinity with both process and palette of later Modernists, and a shared lineage with early Abstract Expressionist artists. The New York School of Abstract Expressionism that began in the late 1940s owed its roots to soldiers turned artists and architects, and immigrants fleeing the war from abroad. Radicalized by the potential of new life and new approaches, this young creative class strived to communicate universal truths about the human condition, and later assumed the leadership in artistic innovation by the late 1950s. Barnett Newman, an artist associated with this new movement, recorded how “we [artists] felt the moral crisis of a world in shambles, a world destroyed by a great depression and a fierce World War, and it was impossible at that time to paint the kind of paintings that we were doing—flowers, reclining nudes, and people playing the cello.”[i] War and militarization have since dominated American life; White’s paintings are from this legacy, highlighting the psychological, public, and private actions undertaken after direct experience with war.

Nine paintings–loosely based off the chapter count of Invisible Cities–are arranged in a tight line, with the center painting positioned as the midpoint of the installation. Target Fixation, a phenomenon as common to photographers as it is to soldiers, focuses the eye on the middle. Materials including cardboard, metal rivets, and assembled sewn objects, lends a raw, utilitarian appearance to the surface of each work. Thick amounts of layered paint further accentuate this effect.

Taylor White’s (b. 1978; based in Richmond, VA) art defies categorization, juxtaposing text, found objects, and imagery such as cars, landscapes, and inanimate objects, sometimes all within a single work. He utilizes a vast spectrum of media in his practice, ranging from spiral bindings, spray paint and airbrush, plasticized textiles, and charcoal, which lends a three-dimensionality to this work. Known for his multi-disciplinary practice whose paintings employ a wide range of media and techniques to explore abstraction, tone, content, and mark-making, White’s paintings challenge the viewer to uncover and identify unconventional materials and methods.

Taylor White received the Emil R. Schnellock Award for outstanding performances in painting in 2016 and graduated from the University of Mary Washington, Fredericksburg, VA, in 2017. His work has since been exhibited in Madrid, Spain; Berlin, Germany, and London, UK, with solo exhibitions in New York, NY, Seoul, Korea and Brisbane, Australia.

[i] Newman, Barnett “Response to the Reverend Thomas F. Mathews,” in Revelation, Place and Symbol (Journal of the First Congress on Religion, Architecture and the Visual Arts), 1969, pp 129-34.