“When I was a kid, the first things I wanted to draw were cars. I see them differently now though, like containers, where the car is a container for the driver in the way that the skull is a container for the mind. Painting pictures of cars feels like it teaches me something about how we perceive problems and adversity in life. All of the driver’s concerns are paused and frozen in a rectangle. Can I learn to view things like that in life?“
– Taylor White, 2022 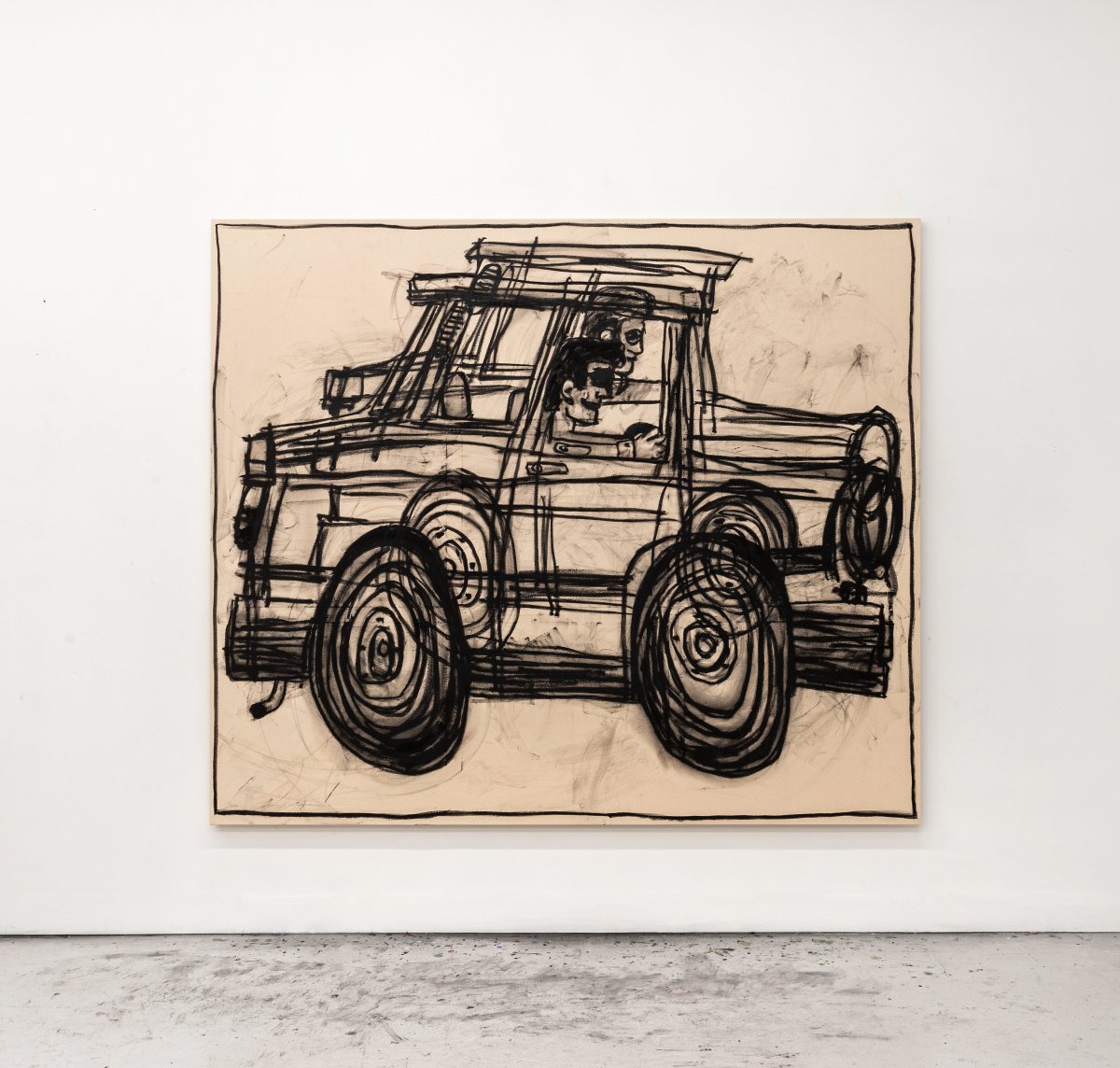 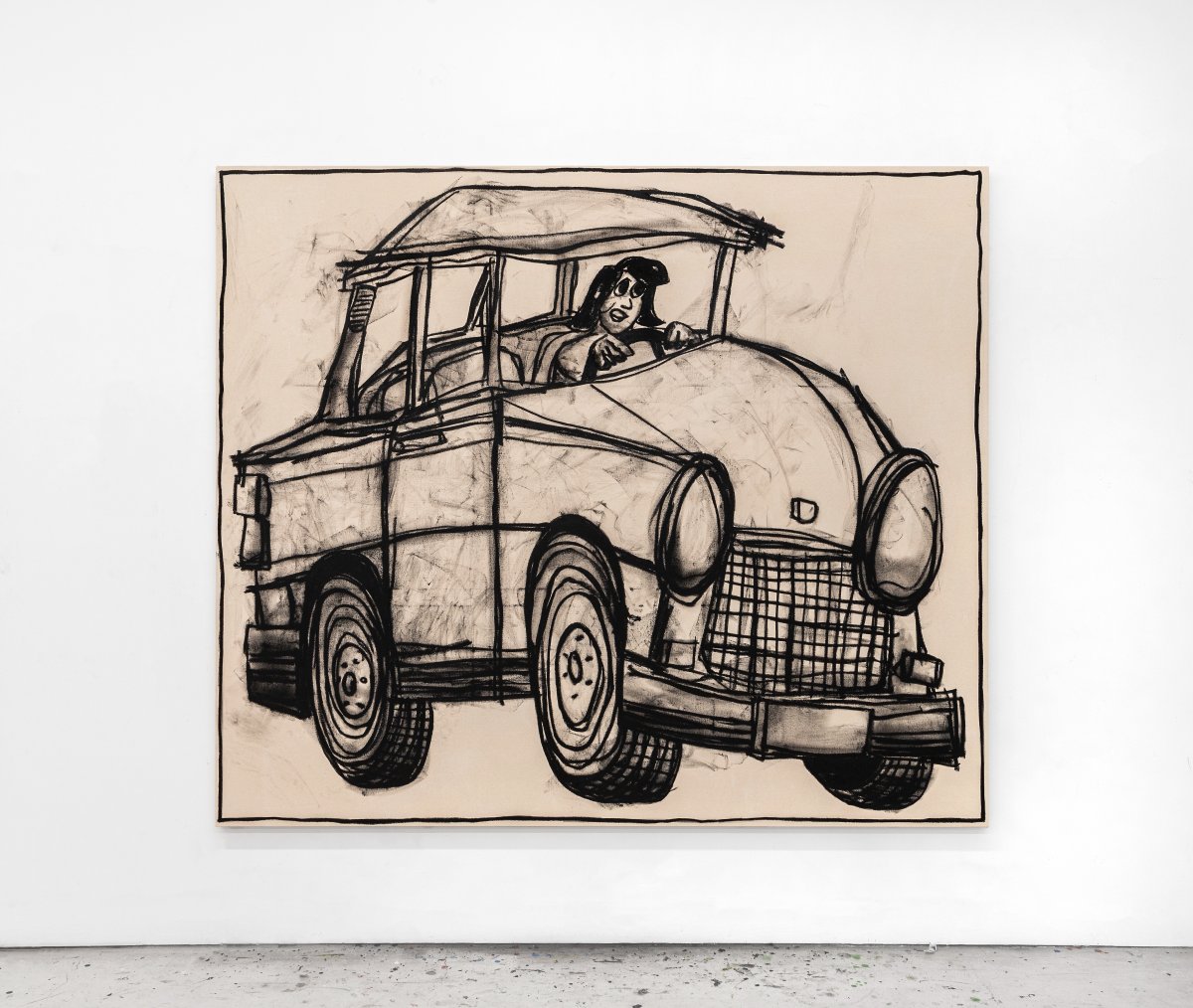 Taylor White
When I Get Home We're Gonna Kiss on the Lips, 2022 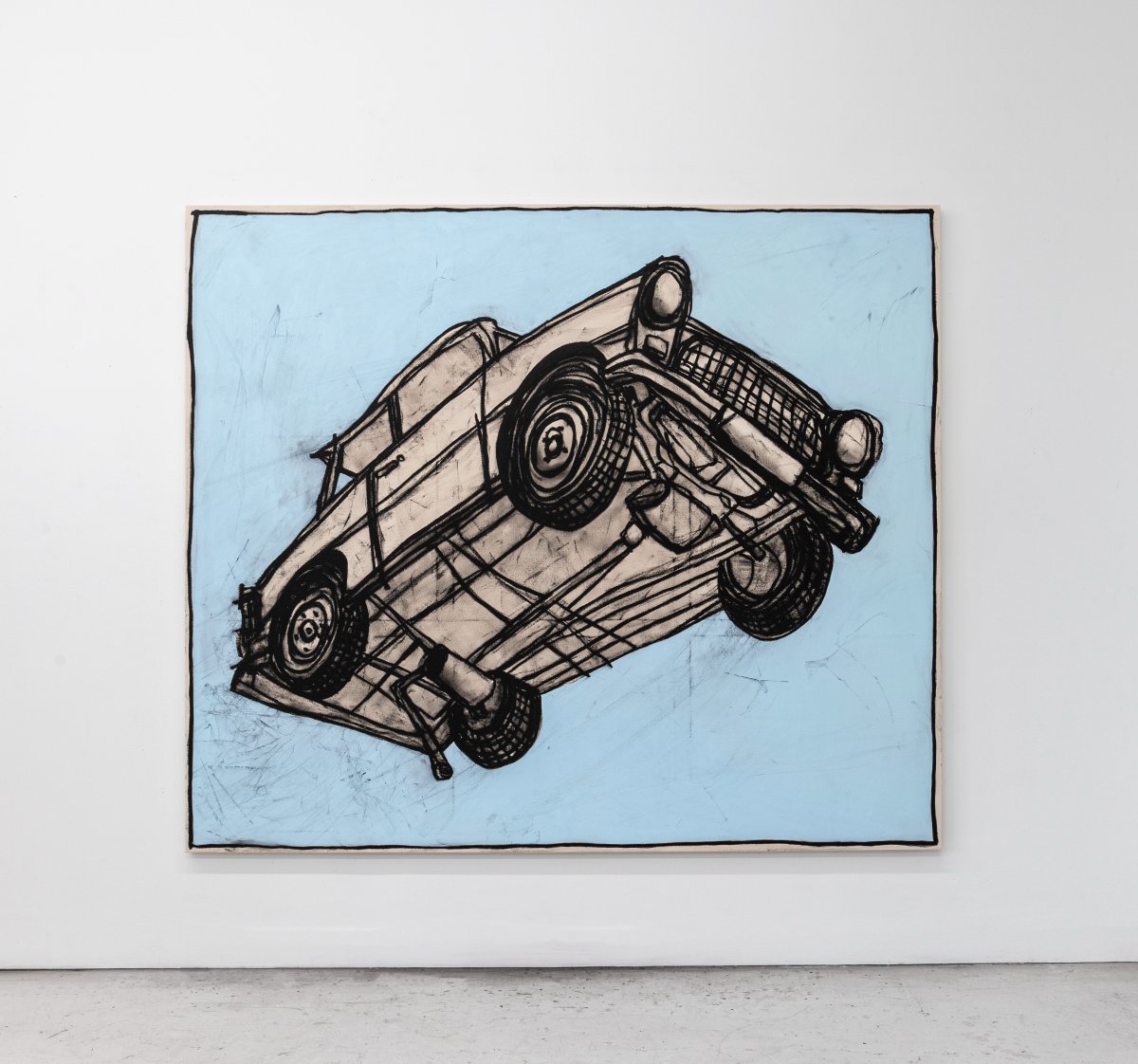 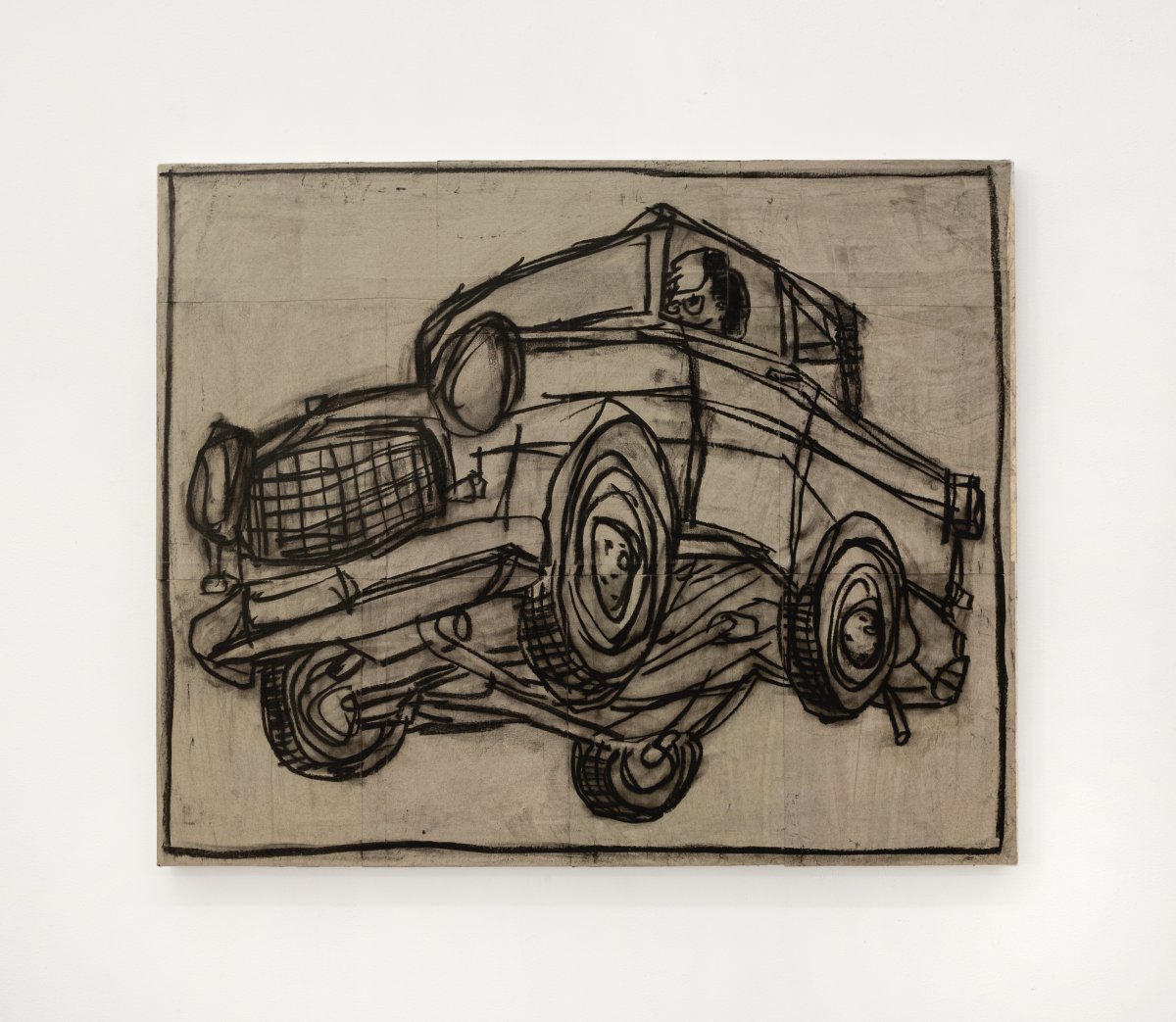 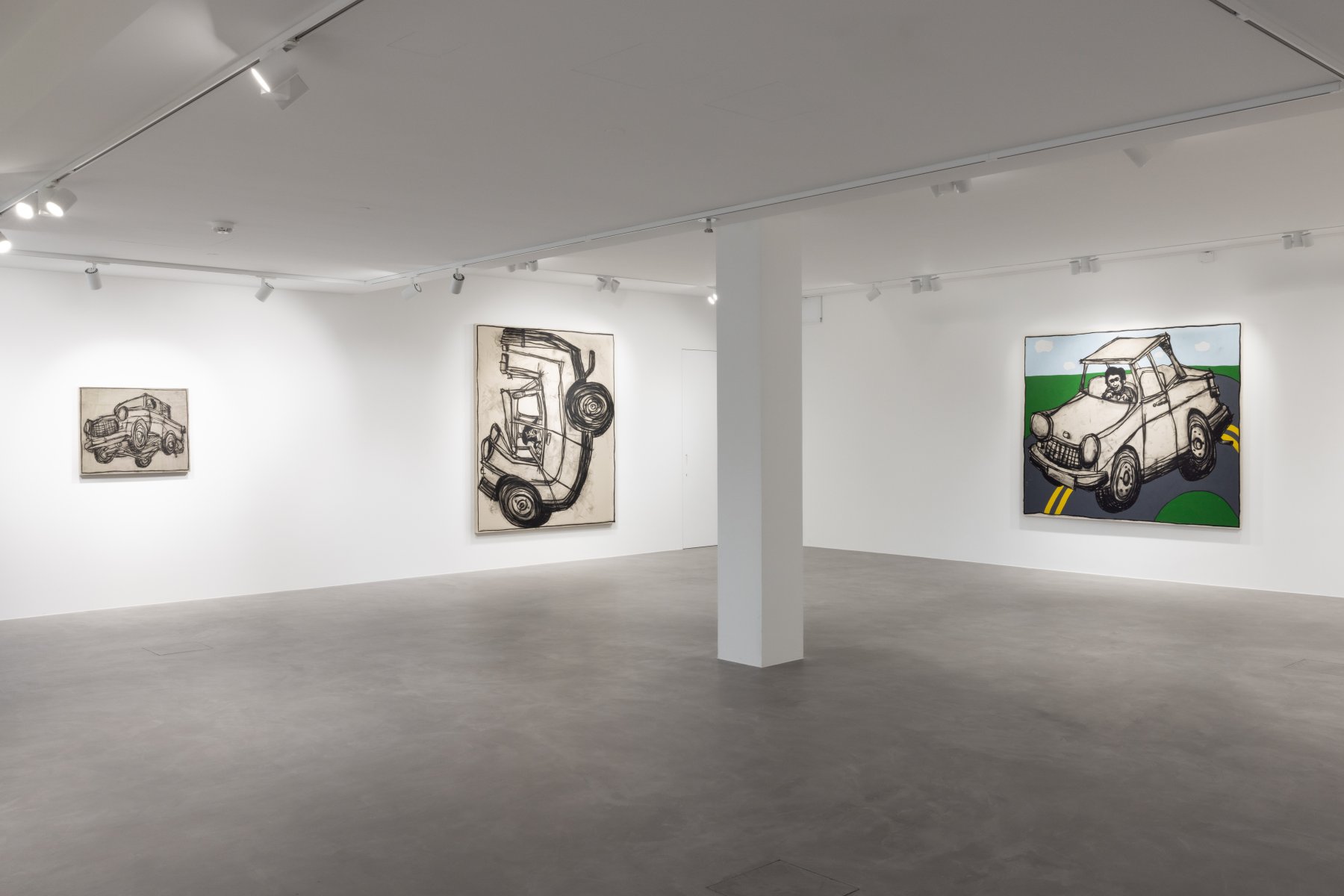 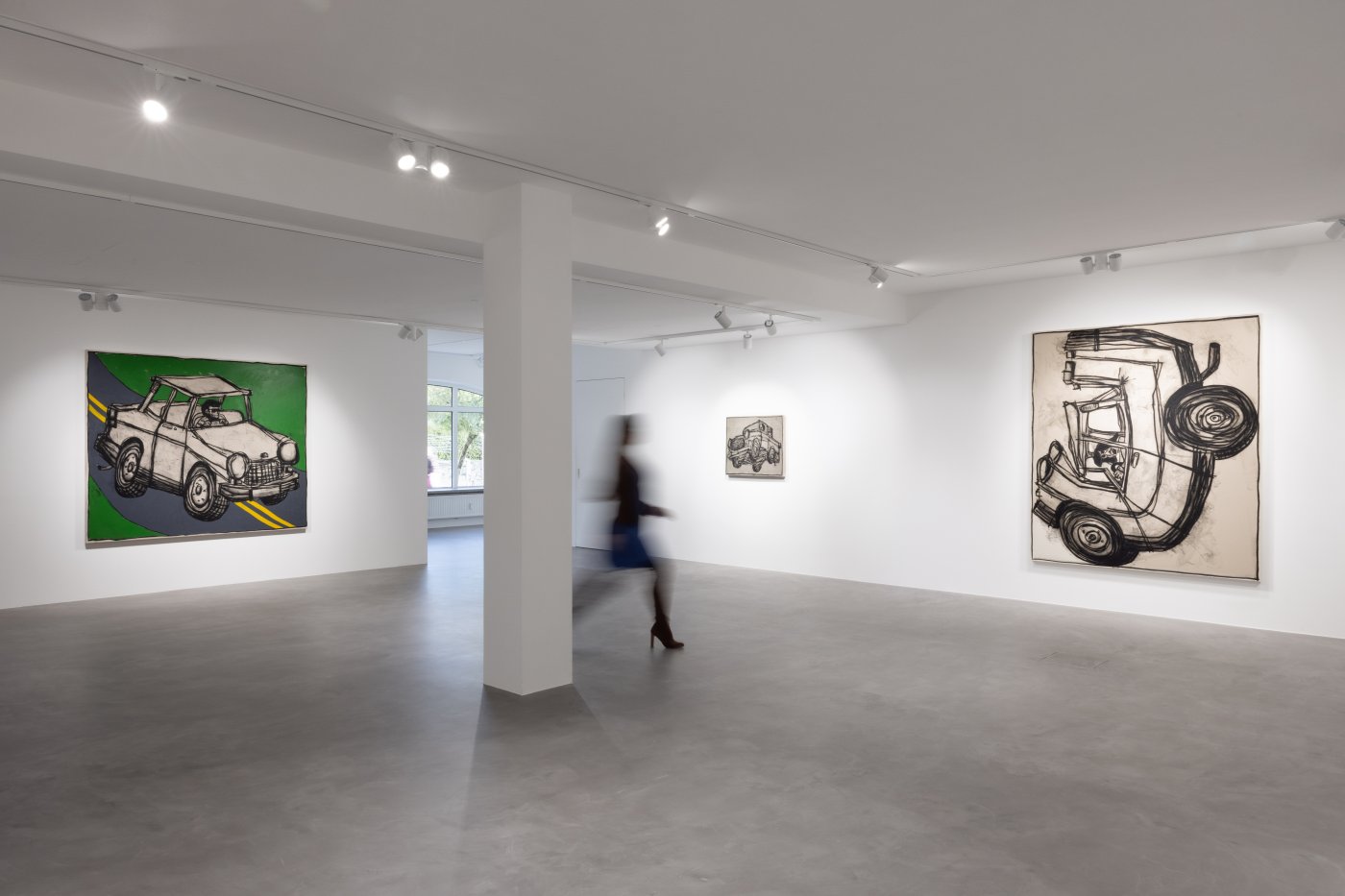 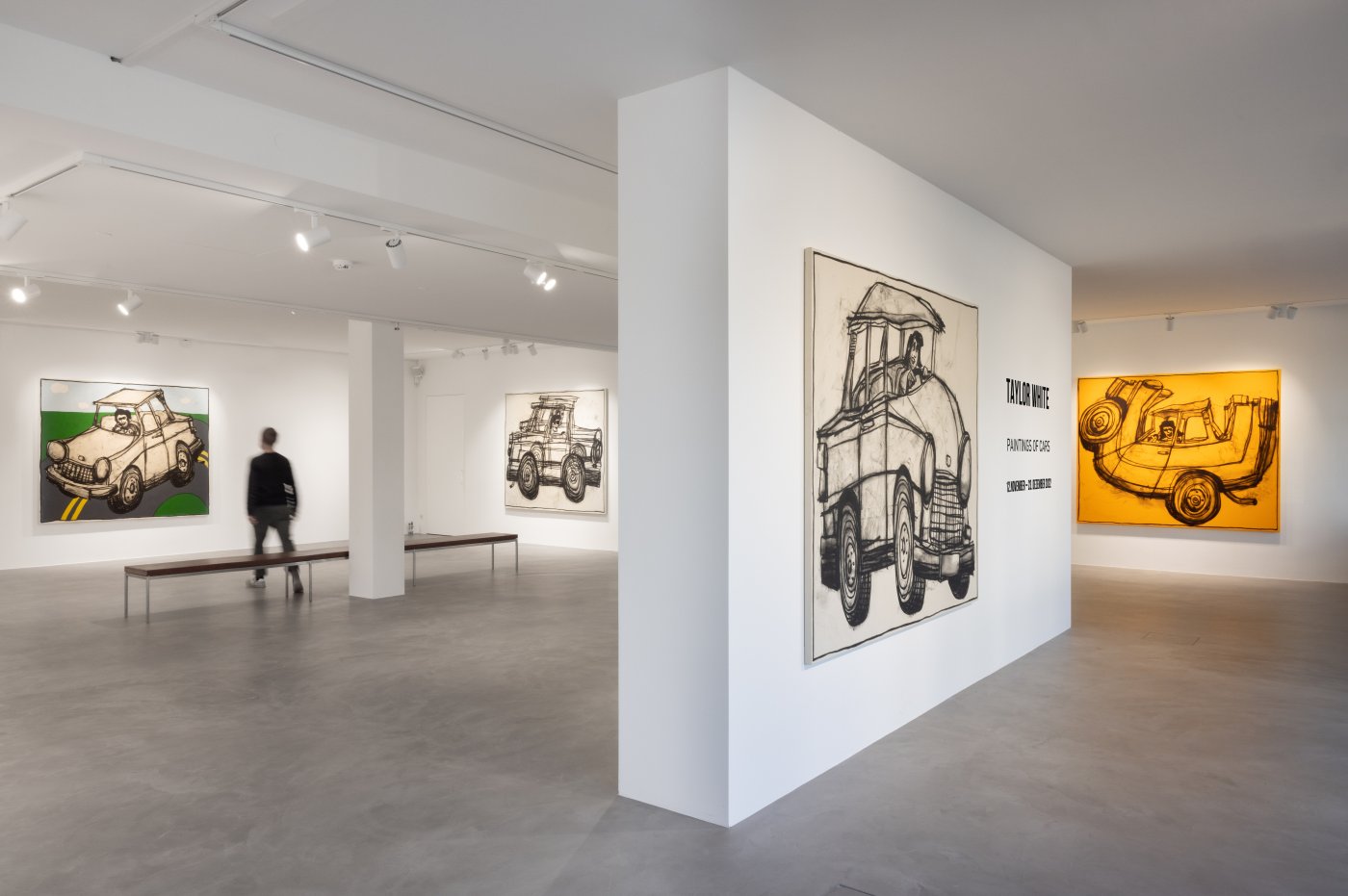 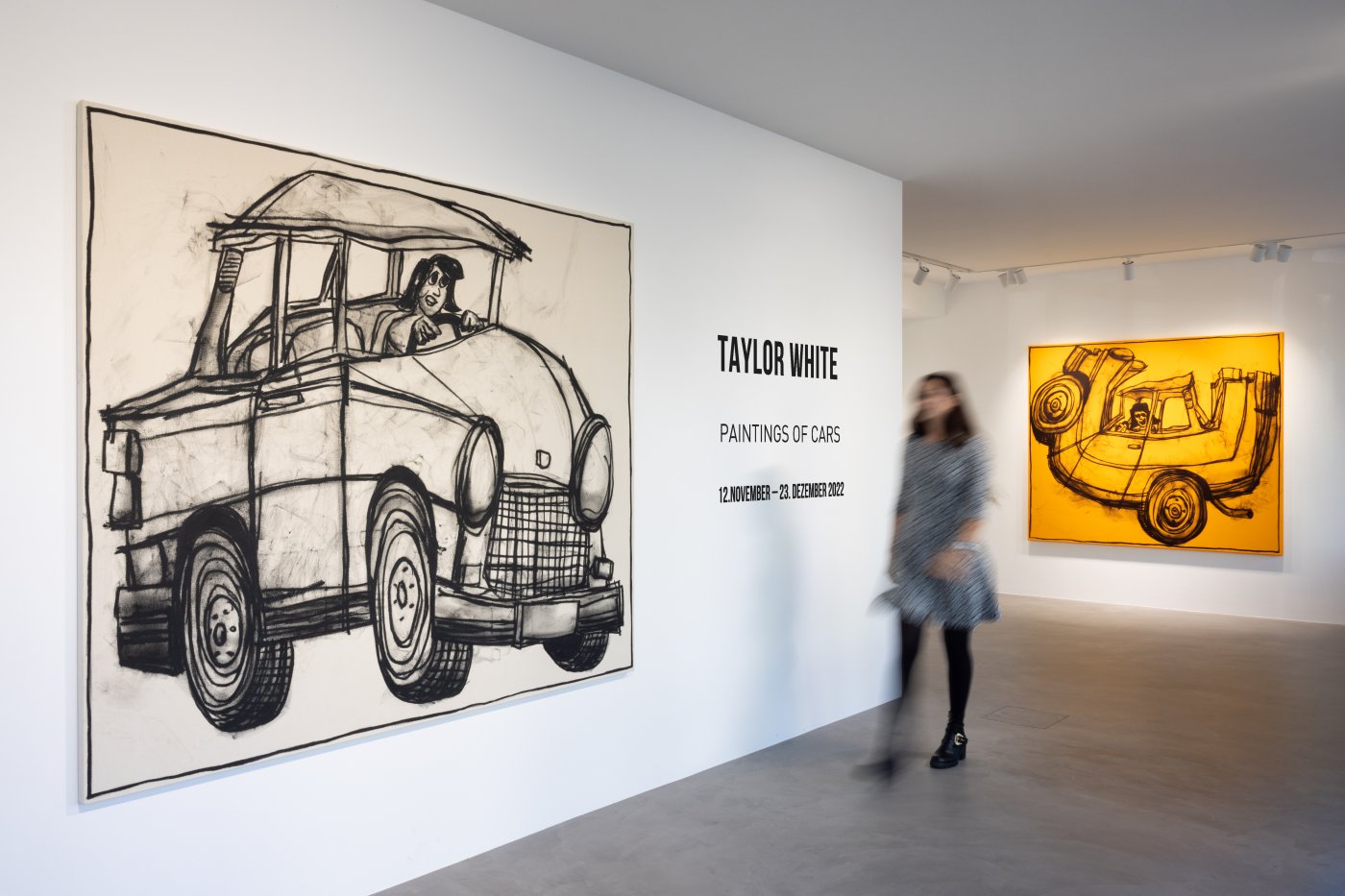 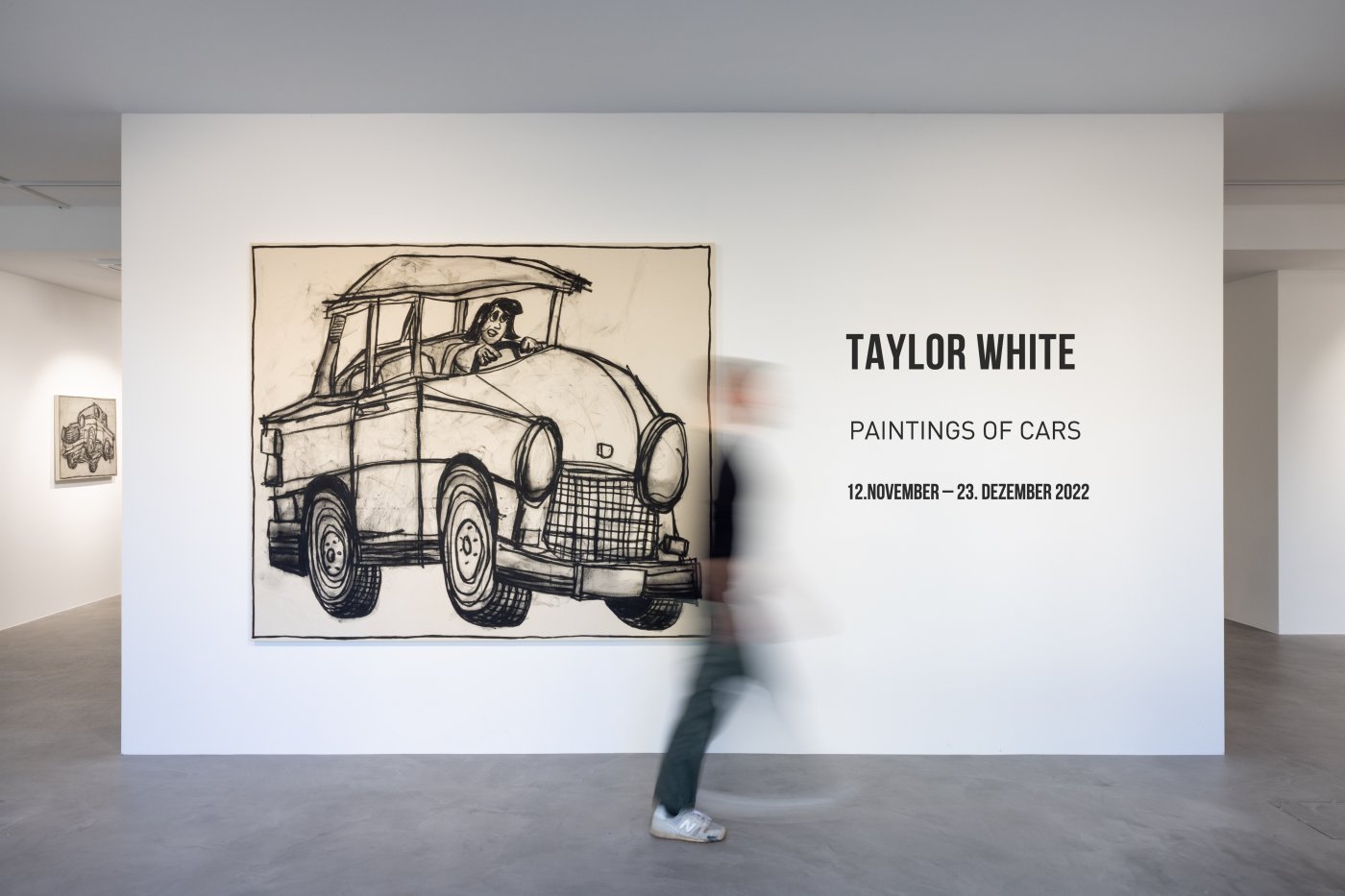 Taylor White’s newest series showcases 9 monumental depictions of cars. These sketchy, cartoonish oil-stick paintings are made with broad gestures – some on raw canvas, others on wide color fields. Spontaneous and unrestrained, the pieces suggest an archetypal, basic idea of the car, the epitome of a simplified, absolute conceptual form inspired by the design and history of the problematic East German Trabant 601.

As White states, “I’m interested in the most fundamental things a car does. In my car I am self-contained and self-sufficient. I can control the temperature, the lighting, the sound of the radio. I can sleep in my car if I need to. I bought one in a color that I prefer. I have paperwork that says it’s mine. This is my car.”

In order to challenge himself, White has provisionally chosen to break away from his previous process, imposing restrictive self-limitations on materials and form. Abandoning abstraction, he is here working in a representational style using only one medium, with no sewn or collaged elements and no erasure. Rendering images of the iconic Trabant as a default, de facto car shape, White conjures its deep ties to cultural and political history, allowing him to further experiment with tonalities of irony and humor, common elements in his work.

White distorts the outline of the canvas shape itself, drawing a more free-form rectangle within the perimeter of the stretcher, another challenge to rectilinearity. This schematic tweak plus his deployment of pedantic, banal, elemental depictions of sky and grass riff on traditional depictions of landscape and the horizon line in classical painting traditions, but also continue the gaze of his bemused eye and its ongoing commentary on contemporary life, art, and their pervasive absurdities.

Taylor White was born in 1978, and now lives and works in Richmond, USA. He received his B.A. degree in Studio Art from the University of Mary Washington in Fredericksburg, USA. White’s works received several awards and grants, and he recently exhibited at Roberts Projects, in Los Angeles and New York, at High Noon Gallery & Marquee Projects, in New York and at the Korean International Art Fair (KIAF) with G. Gallery in Seoul, South Korea.

Courtesy of the artist and PULPO GALLERY, Murnau am Staffelsee