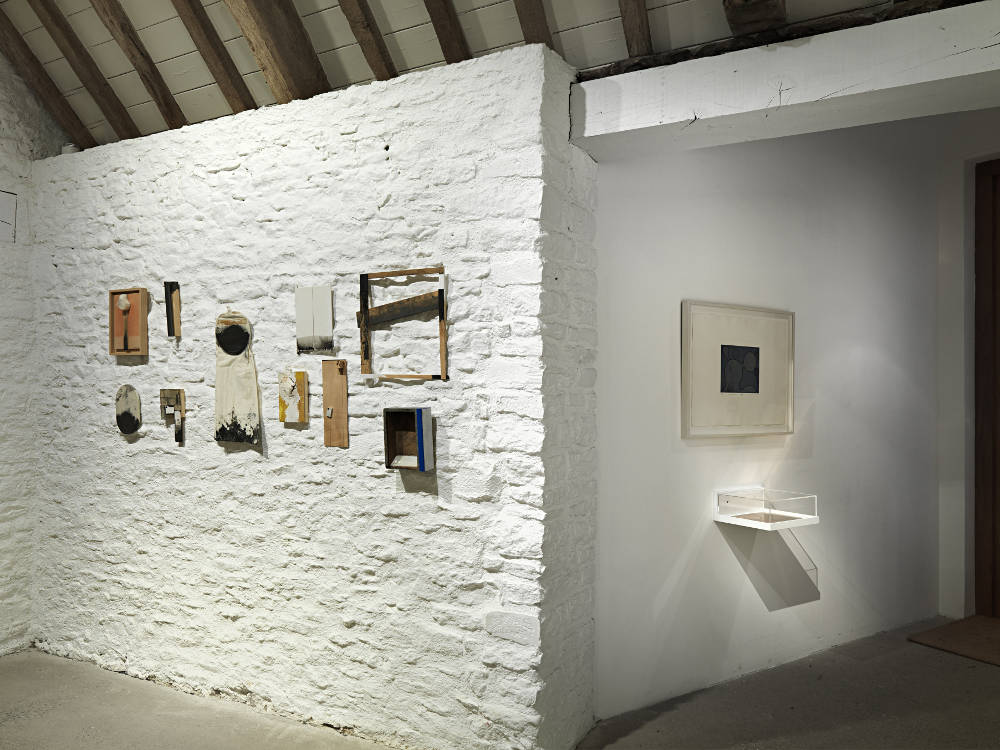 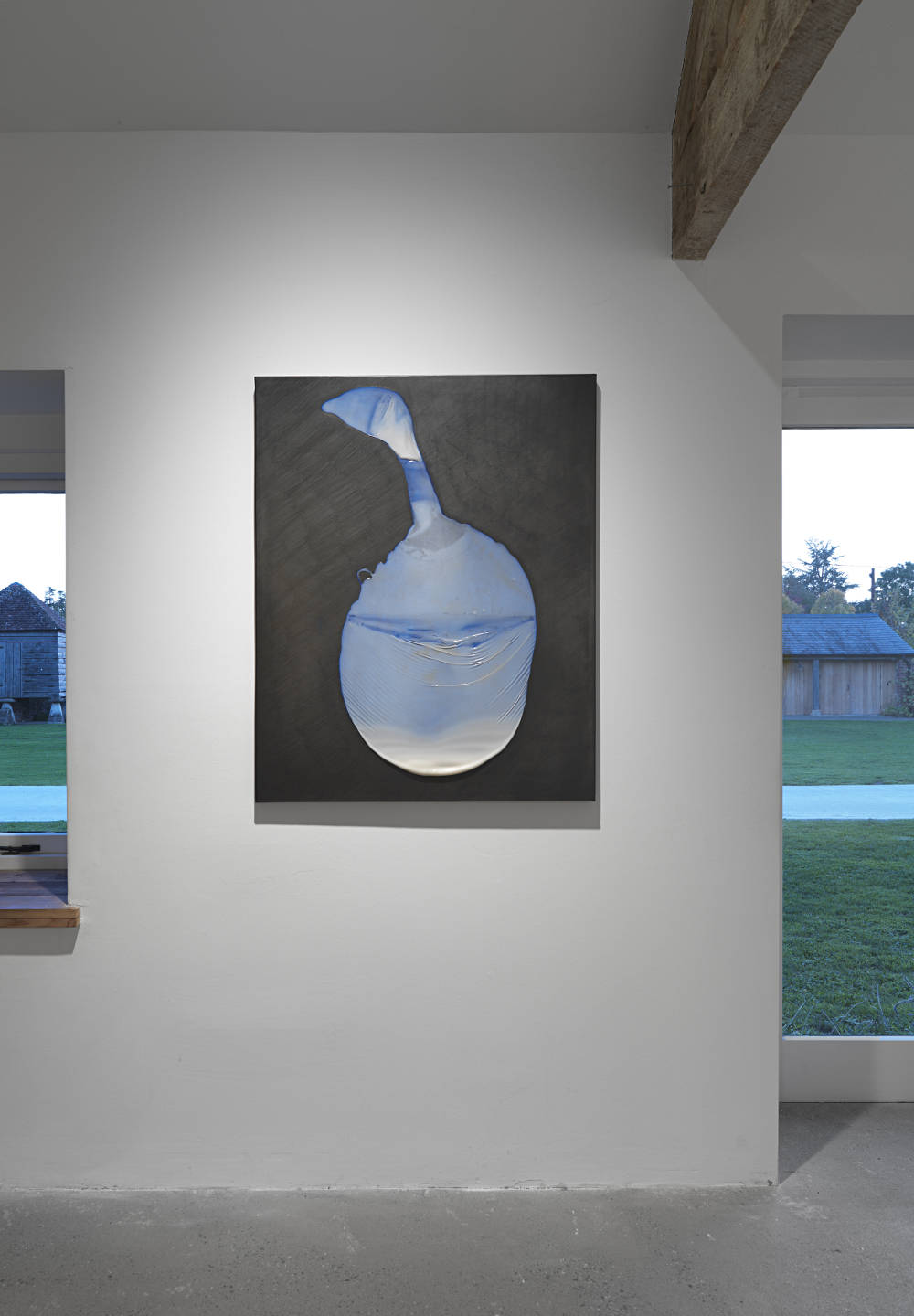 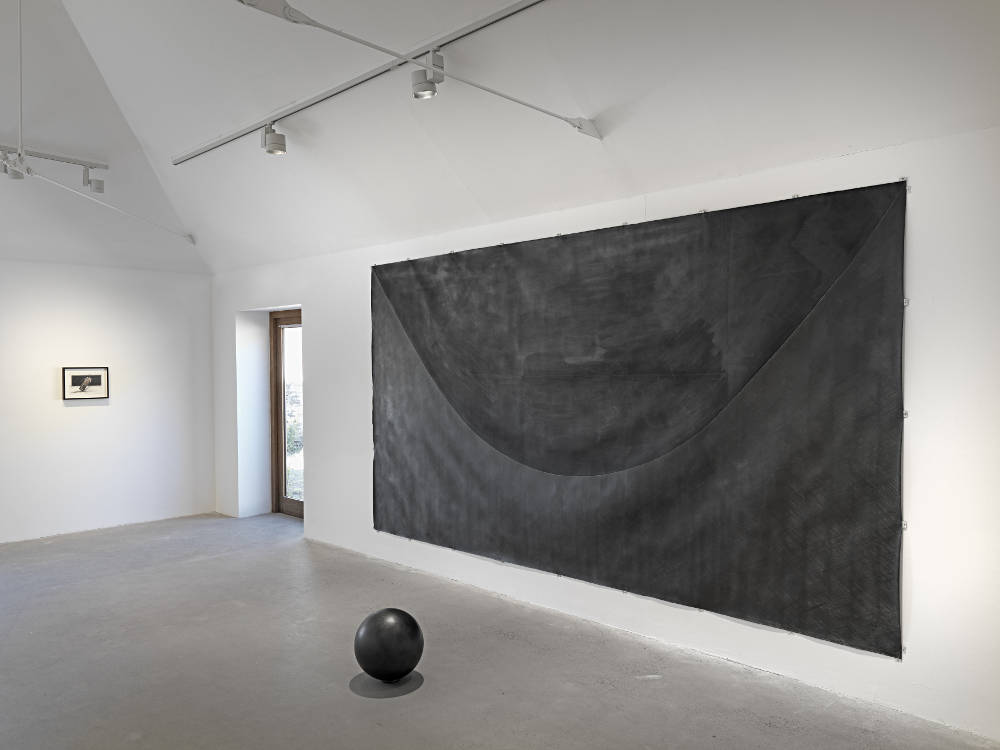 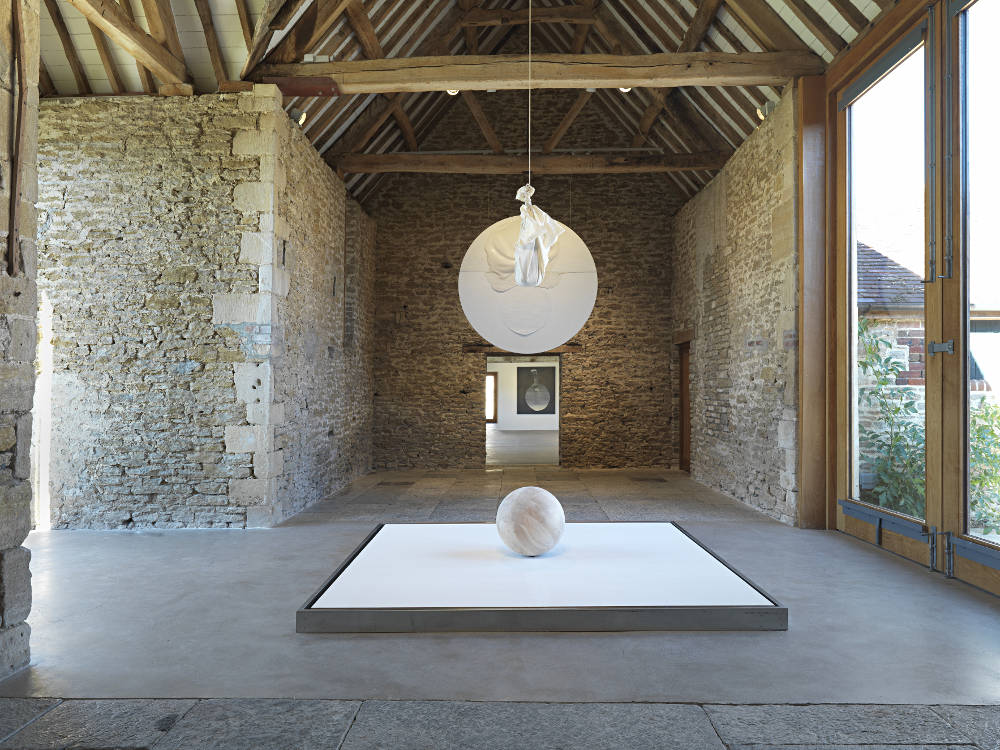 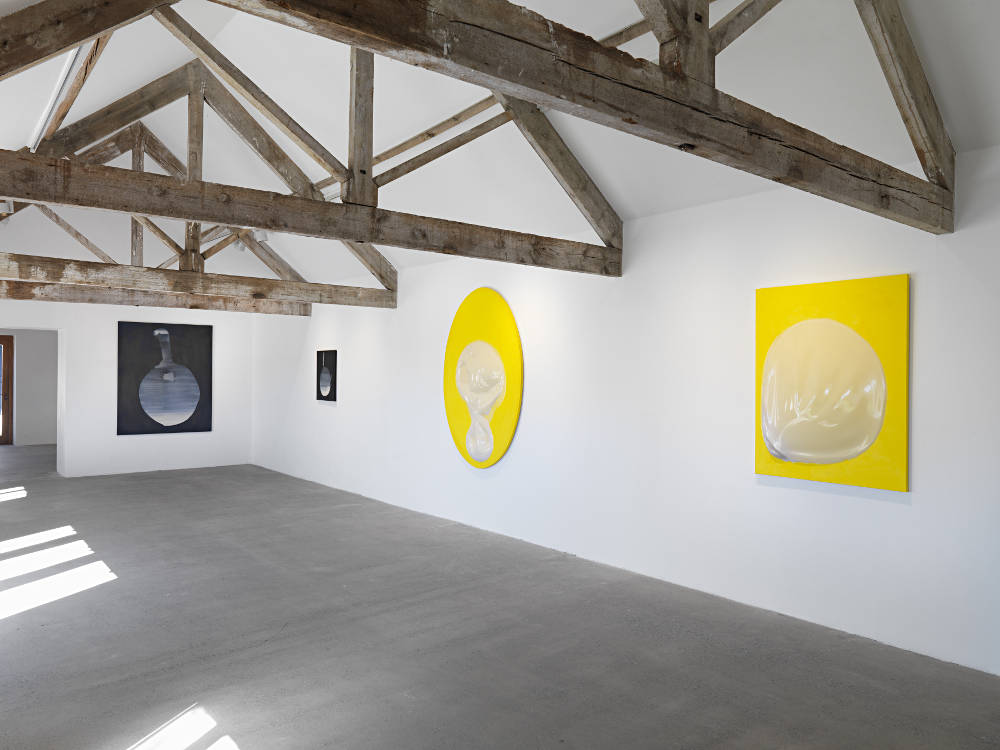 The exhibition, which has been organised in collaboration with Olivier Renaud-Clément, includes new paintings and a site-specific installation, alongside a selection of prints dating from the 1960s. In addition, a series of never-before-seen assemblages are on view, offering an insight into the breadth of the artist’s practice.

From the early 1960s to the early 1970s, Matsutani was a key member of the Gutai Art Association (1954 – 1972), Japan’s innovative and influential art collective of the post-war era. Inspired by blood samples he had viewed under a microscope, Matsutani began to develop his signature style of circular, bubble-like forms from blobs of vinyl glue that he deposited on the surfaces of his canvases. By working closely with the material, he embodied an important aspect of Gutai: letting the material and spirit work in conjunction with one another to create something new. In 1966, Matsutani received a grant from the French government after winning first prize in the 1st Mainichi Art Competition, and subsequently moved to Paris where he continues to live and work today. Soon after moving to Paris he began working as assistant to Stanley William Hayter at his renowned Atelier 17, where he devoted himself to the techniques of etching and engraving. One of the most important Japanese artists still working today, Matsutani continues to demonstrate the spirit of Gutai throughout his practice, conveying the reciprocity between pure gesture and raw material.

The first room of the exhibition – The Threshing Barn – will house a large site-specific installation, related to Matsutani’s work ‘Venice Stream’, shown at the 57th Venice Biennale and part of an ongoing series the artist has been exploring since the 1970s. The installation will be activated by the artist during the exhibition’s private view, continuing a long-standing performative aspect of Matsutani’s practice.

Moving into the workshop gallery, a group of new paintings will be on view. Working with acrylic and vinyl adhesive on canvas, these bold, colourful paintings have strong ties to the artist’s Gutai period, when he began experimenting with vinyl glue (newly on the market in Japan at that time). The glue is poured onto the canvas, then dried to create a skin, which Matsutani inflates using his own breath, to create swollen and ruptured forms, evocative of flesh and wounds. In these new paintings, Matsutani is revisiting the bold colour palette he first explored in the late 1960s and early 1970s, when he was playing with hard edge abstraction in paintings and prints.

Included in the exhibition is a selection of the artist’s prints dating to his time at Atelier 17. This period allowed Matsutani to focus on the disciplines of the two-dimensional surface, producing experiments in colour and graphic elements that refer back to his organic forms made with glue. Where previously his work had incorporated the accidental, the process of printmaking required him to have a clear vision in advance, stepping away from the Gutai principle of leaving everything to chance. Shown alongside the prints are a group of Matsutani’s original copper and zinc plates, made during his first year at Atelier 17 in 1967. He would often use a burin (engraver’s tool) to create a strong black line, such as in ‘La Propagation-K’ (1967). The depth of the intaglio black line, which evokes traditional Japanese calligraphy, thrilled Matsutani, inspiring him to rediscover the use of black and white in his work.

During this period Matsutani explored various techniques including etching, aquatint and eventually silkscreen, which became a focus. In 1970, Matsutani joined a silkscreen studio and began creating colourful versions of his earlier vinyl-glue paintings, using black and white photographs. This important body of work offers a fascinating counterpoint to the paintings and is acknowledged by the artist as fundamental to the development of his practice. A line can be traced from the imagery Matsutani first saw when looking at blood cells, through his use of vinyl glue, to the imagery on the plates – he is always investigating the cycle of life, death and rebirth and a universal truth that resides in the state of flux.

The Hauser & Wirth Book Lab is a project devoted to exploring the important place that books and prints occupy in the practice of artists. Alongside the exhibition a Book Lab inspired by Matsutani’s interaction with books takes the artist book as its subject. In addition the gallery has organised a series of events inspired by the exhibition, which includes a symposium exploring print and a series of education days in response to the Big Draw Campaign.