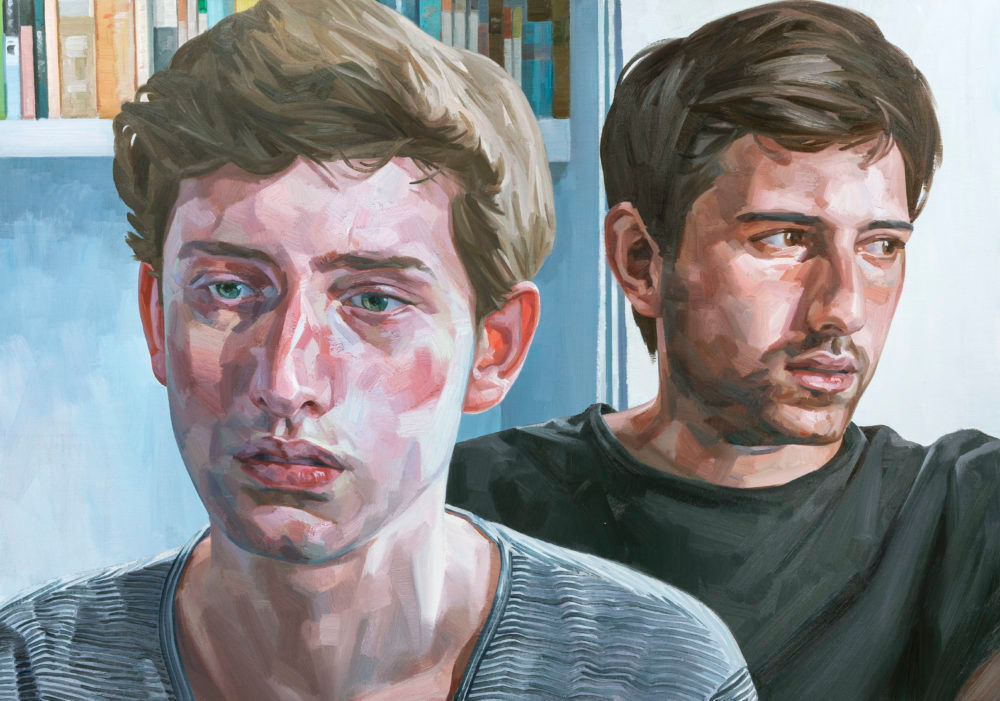 Images of muscular footballers, boxers and athletes mirror the emphasis on physical fitness in contemporary culture, questioning the societal emphasis on strength and stoicism as idealised male characteristics. Painted during his residency at West Bromwich Albion football club for the Channel 4 series ‘Artist in Residence’, Schierenberg’s portraits of the team and manager reflect his interest in the psychological significance of the sport and ideas surrounding the cathartic experience of its supporters. Their figures are vigorously constructed, with paint dragged, pushed and scraped across fluidly shifting planes to articulate opposing sensory experiences. Intensely raw, gestural brushstrokes create a complex surface tension, evoking the collision of limbs and clash of boxing gloves, while delicate membranes of dripped paint suggest emotional sensitivities hidden from the outside world.

Related examples of catharsis and spectacle include Wanderer Before a Sea of Fog, a modern-day take on Caspar David Friedrich’s iconic Romantic painting representing awe and the sublime. In this contemporary rendering of the theme, Schierenberg positions his ‘wanderer’ in an art gallery, replacing nature with culture. Continuing the collision of vulnerability and the sublime, Country Pursuits constructs a cinematic narrative within the remote Northern European forest in which Schierenberg spent his childhood.