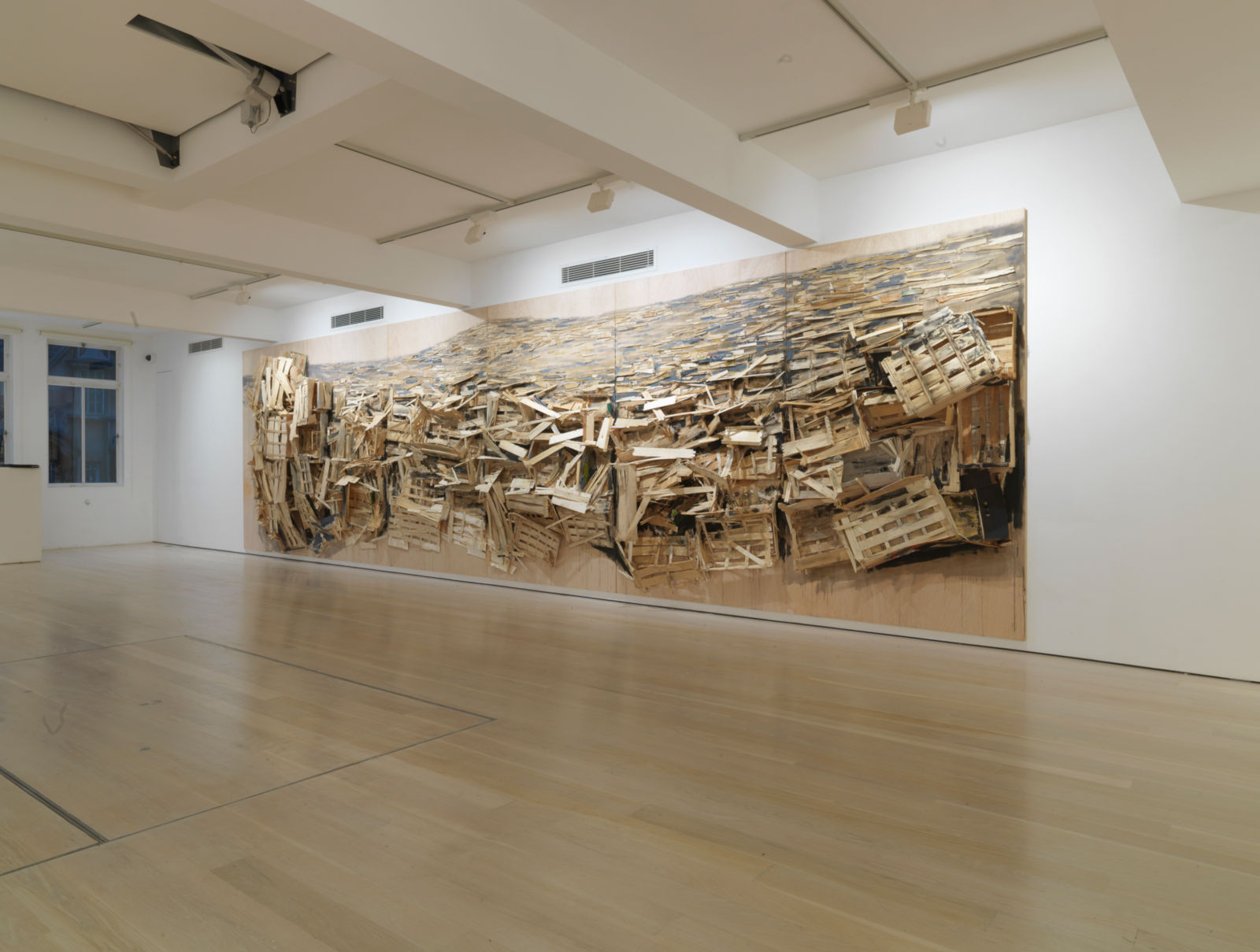 Returning to Annely Juda Fine Art for his fifth exhibition with the gallery, Kawamata exhibits a selection of his recent “maquettes” along with chopstick nests, a film projection and a site-specific work that will be lowered into the gallery via its glass roof during the opening.

Kawamata makes works from reclaimed wood. Often working on site-specific projects made in situ by the artist and local assistants, his sculptural installations are direct responses to their environment. Existing somewhere between art and architecture, Kawamata’s installations appear to grow independently out of their surroundings and give rise to questions about traditional forms of shelter and the effect of socio-economic contexts on the built environment. His works are both structurally solid and yet fragile, and give the deliberately ambiguous impression of both construction or deconstruction.

Kawamata’s “maquettes” are in fact wall-based, three-dimensional works that do not necessarily relate directly to his site-specific projects, but are works in their own right. They blur the boundaries between painting and sculpture, often protruding 20-30cm from the wall in undulating irregularity. The maquettes in this exhibition, many titled ‘Destruction’, evoke images of the destruction caused to urban cities and towns, be it through war or natural disaster. Yet the presence of the artist’s signature birds’ nests and tree huts point to the possibility of reconstruction and protective shelter. In their raw materiality these works invite us to re-evaluate and consider the fragility of our everyday built surroundings.

Courtesy of the artist and Annely Juda Fine Art, London