Findlay Galleries presents an exhibition of works by Tadashi Asoma. Born in 1923 in pre-war Japan, he received his higher education at Saitama Teachers College, Urawa ward, and the Bijitsu Gakko (Tokyo University of the Arts), Tokyo. In 1952 he had his first exhibition in Tokyo, and four years later, he was awarded a government scholarship to study in Paris at the Académie de la Grande Chaumière. 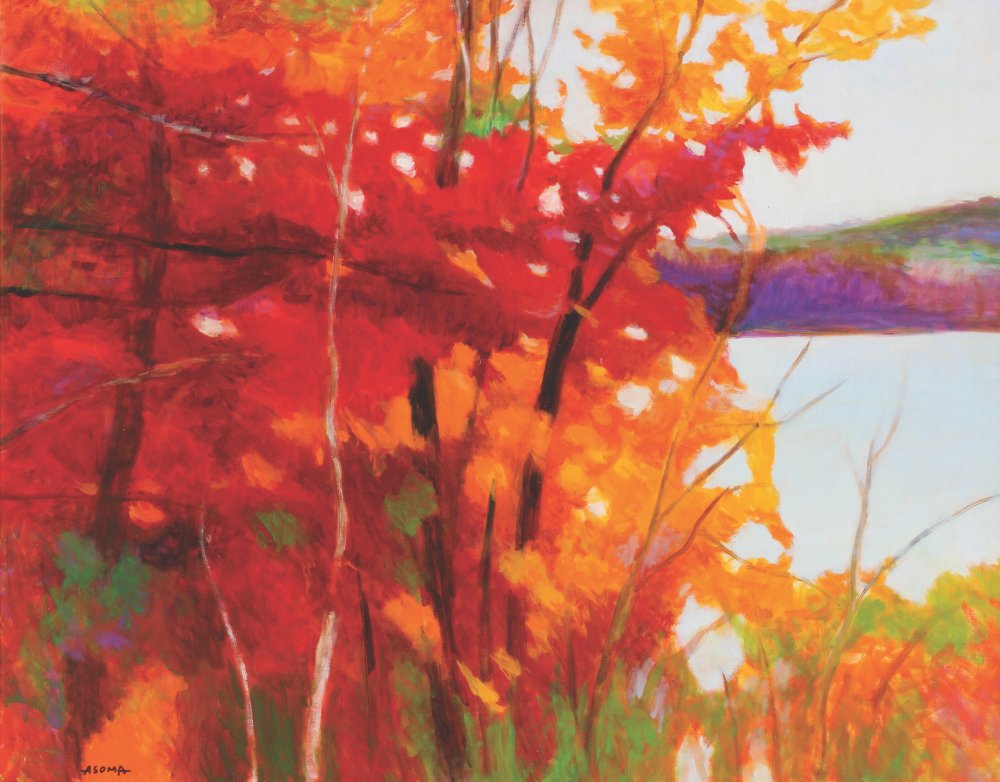 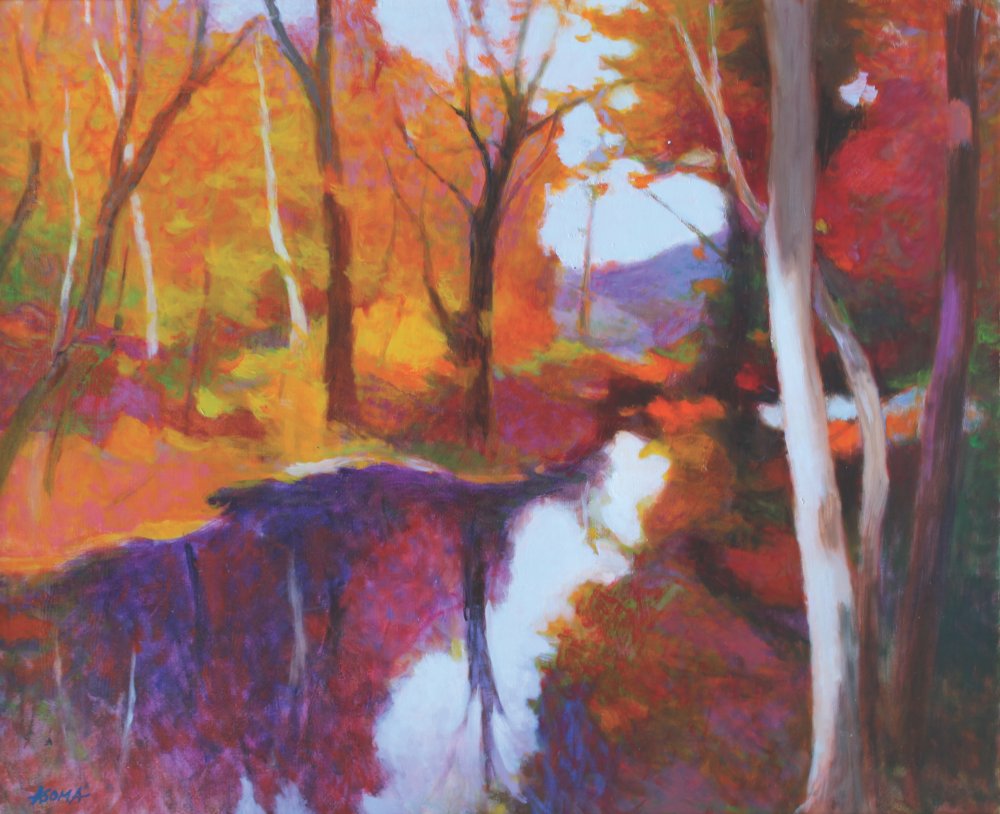 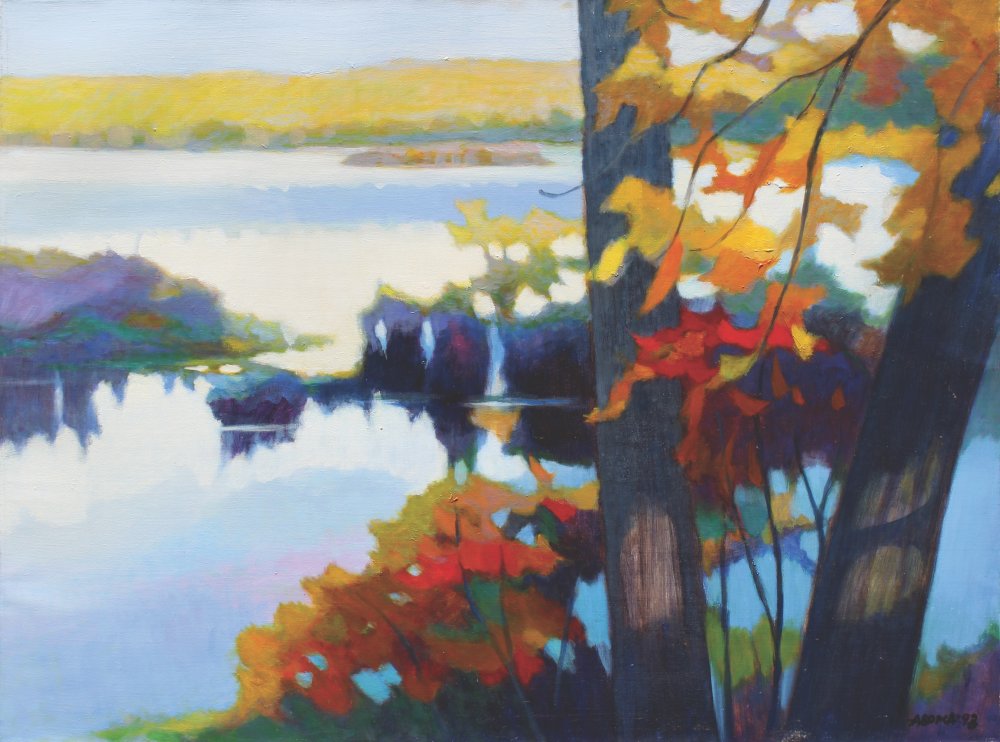 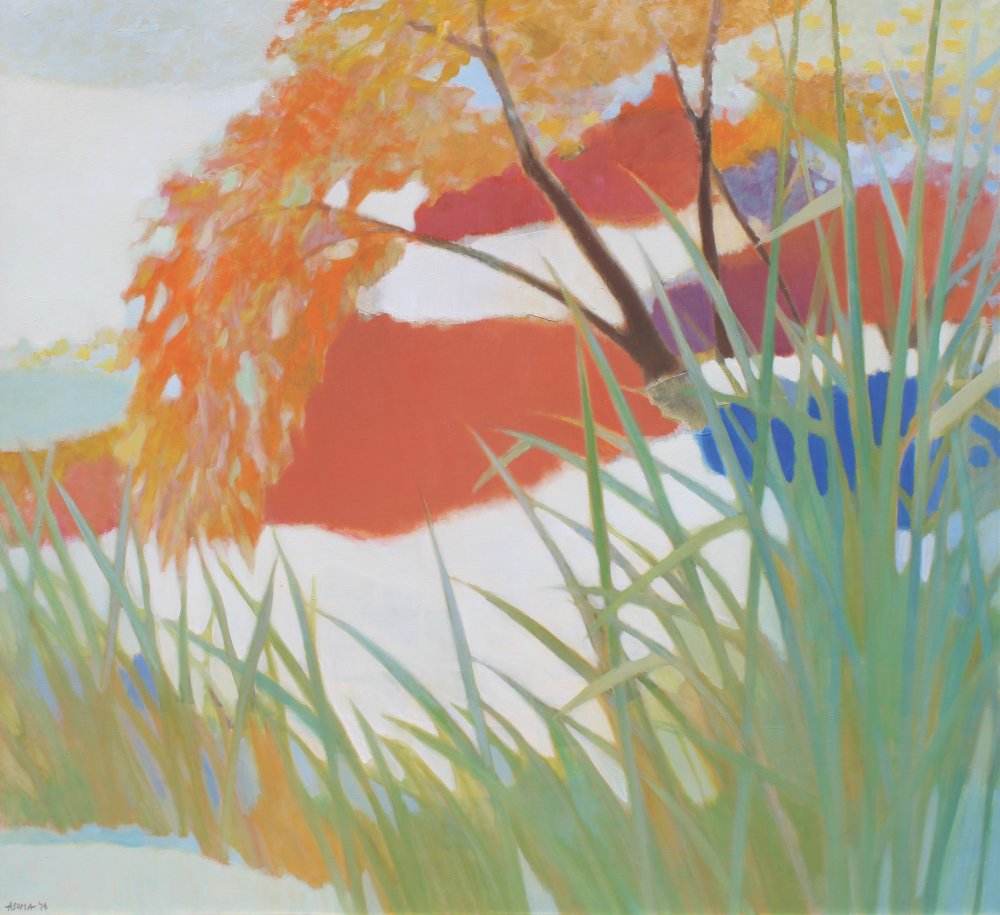 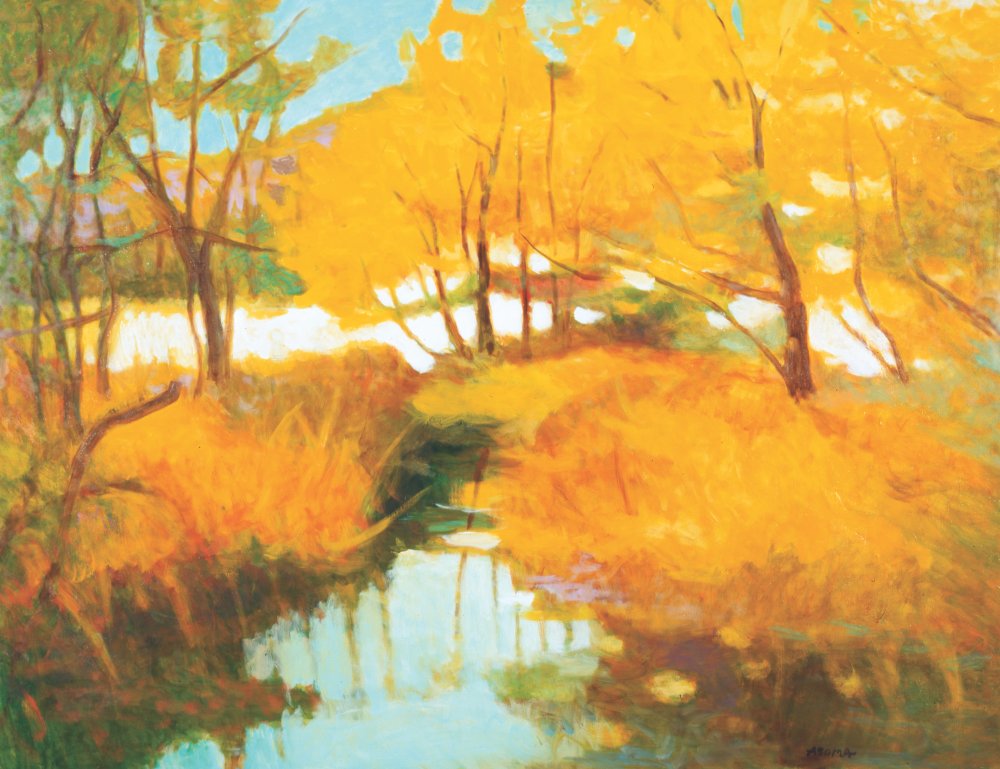 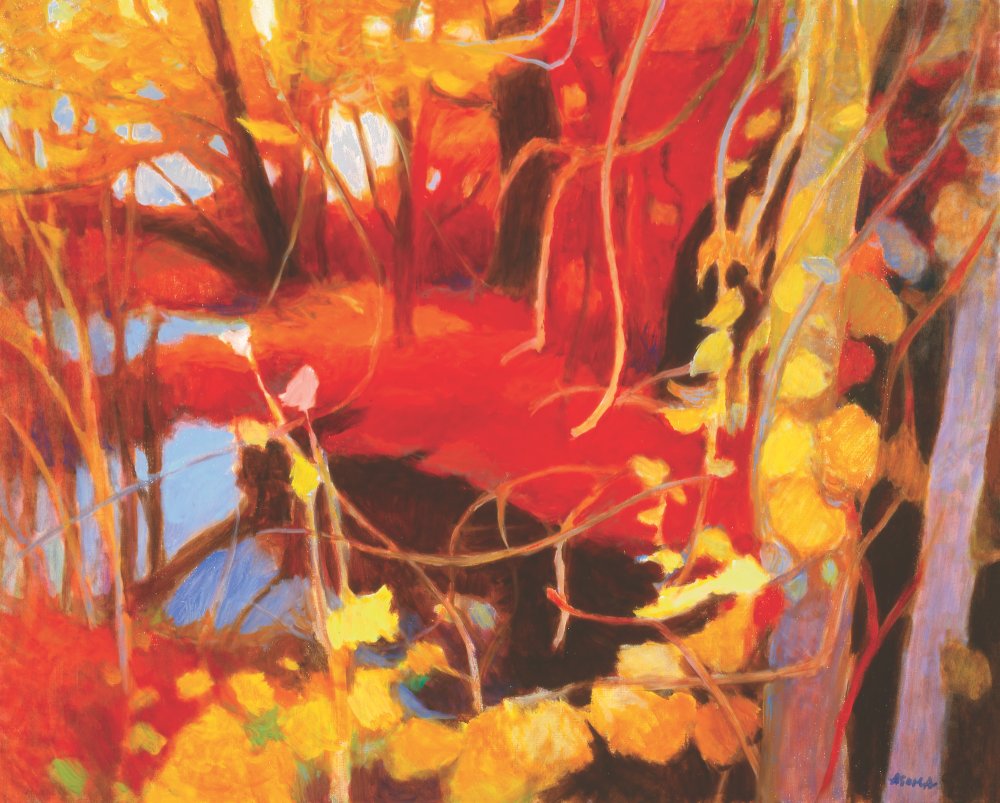 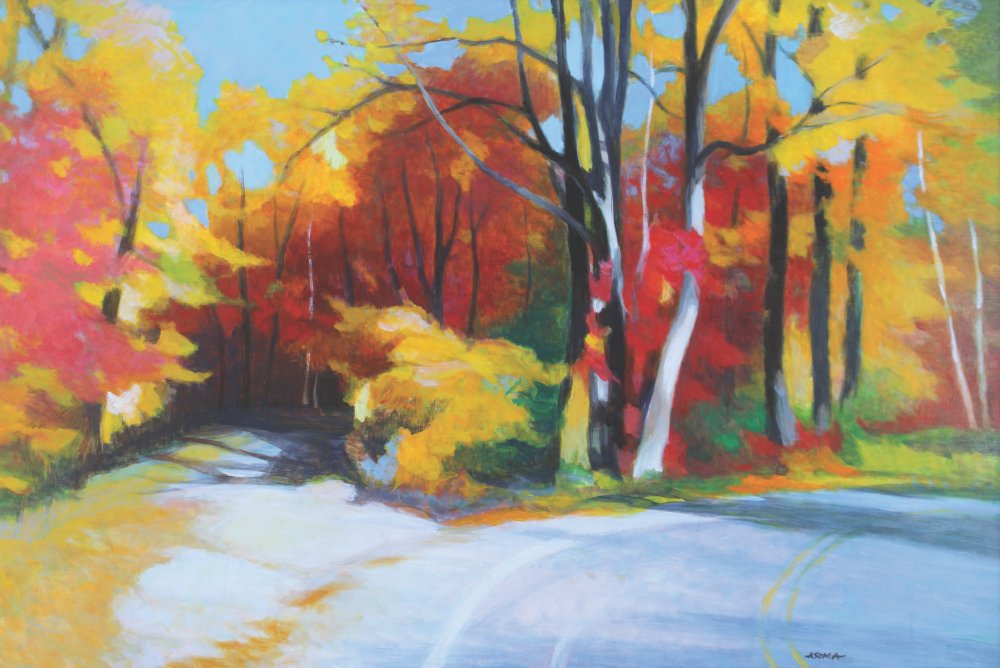 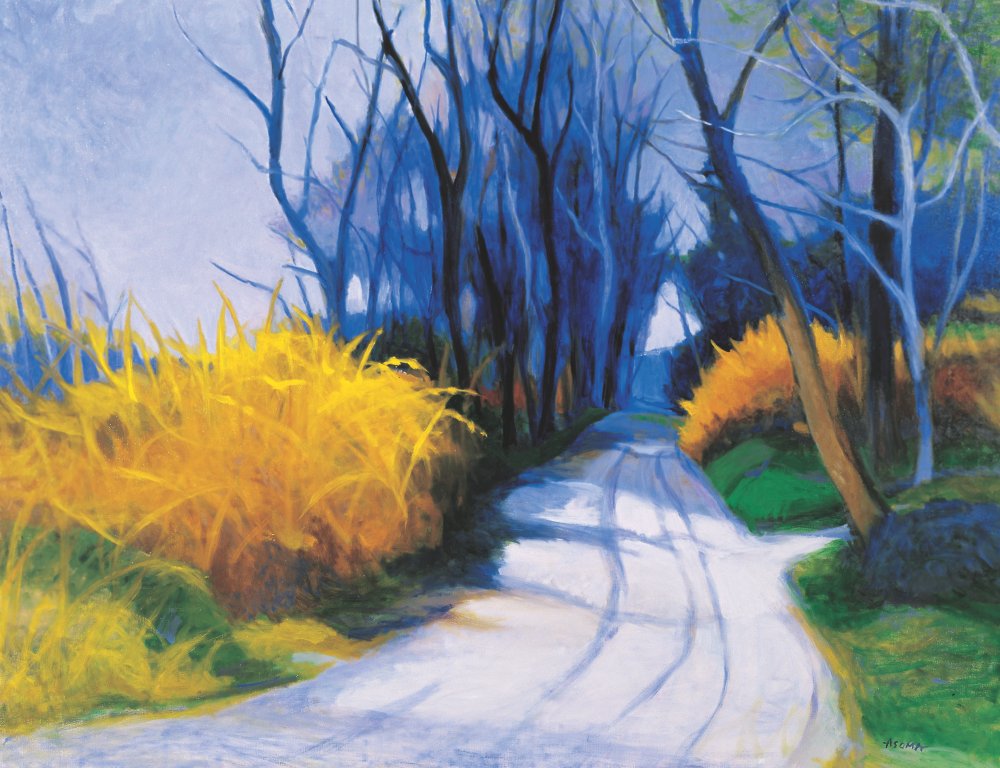 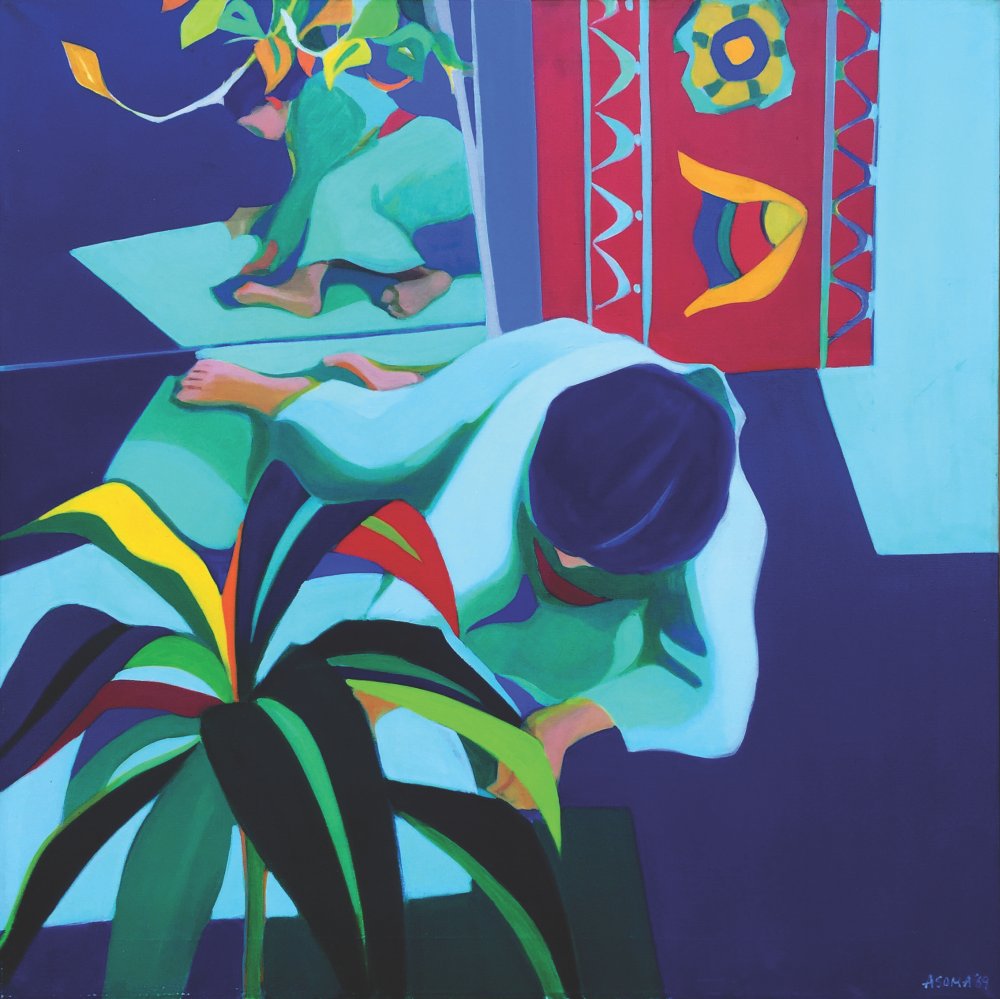 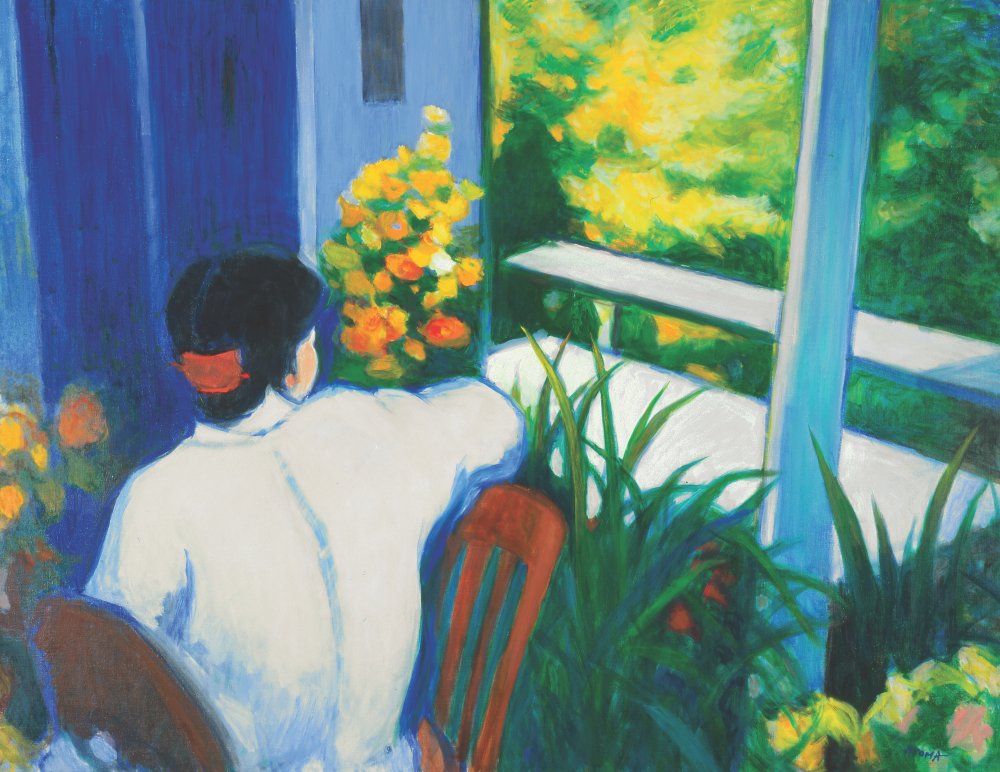 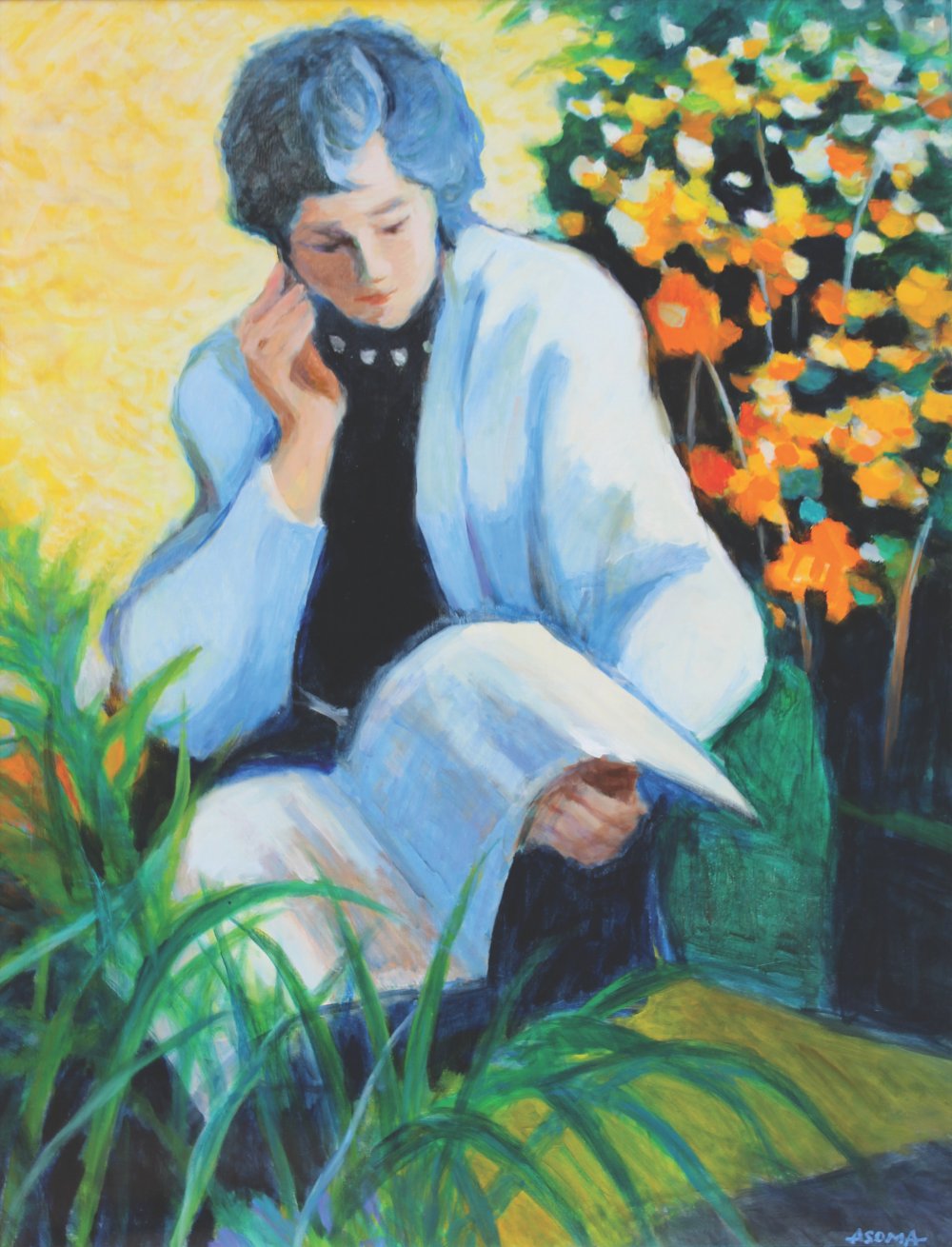 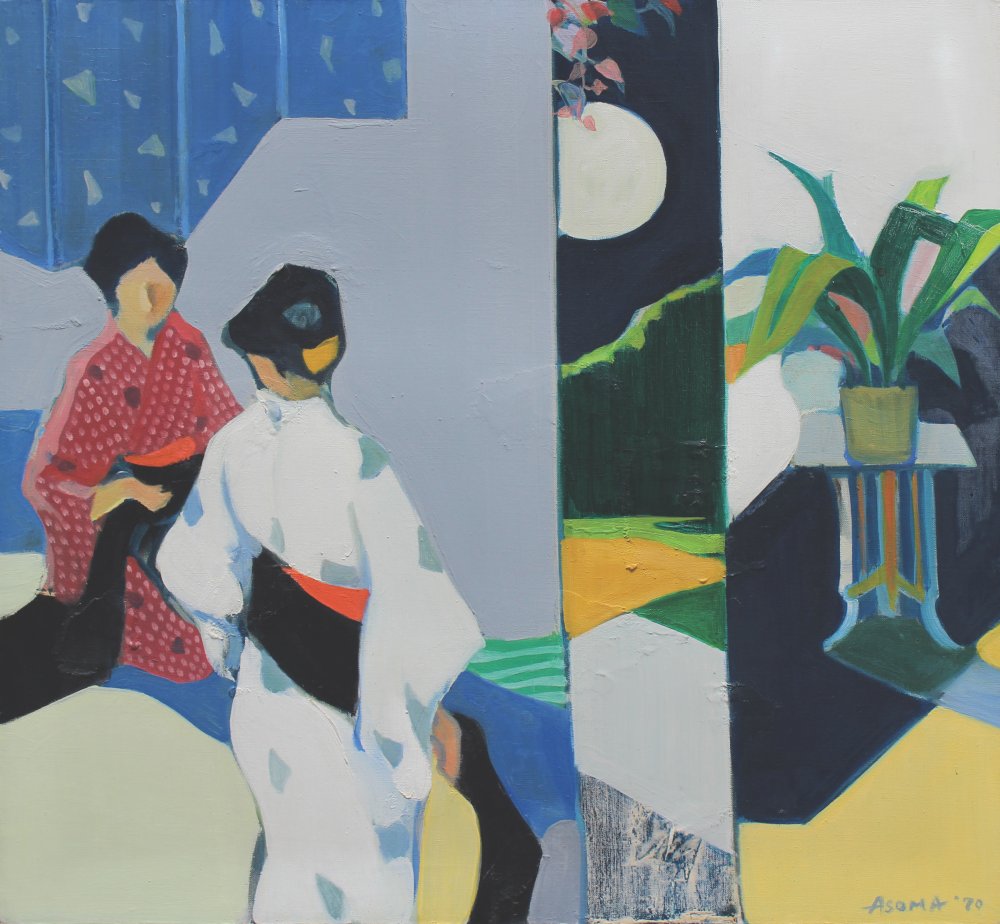 Tadashi Asoma
Women and the Moon, 1970 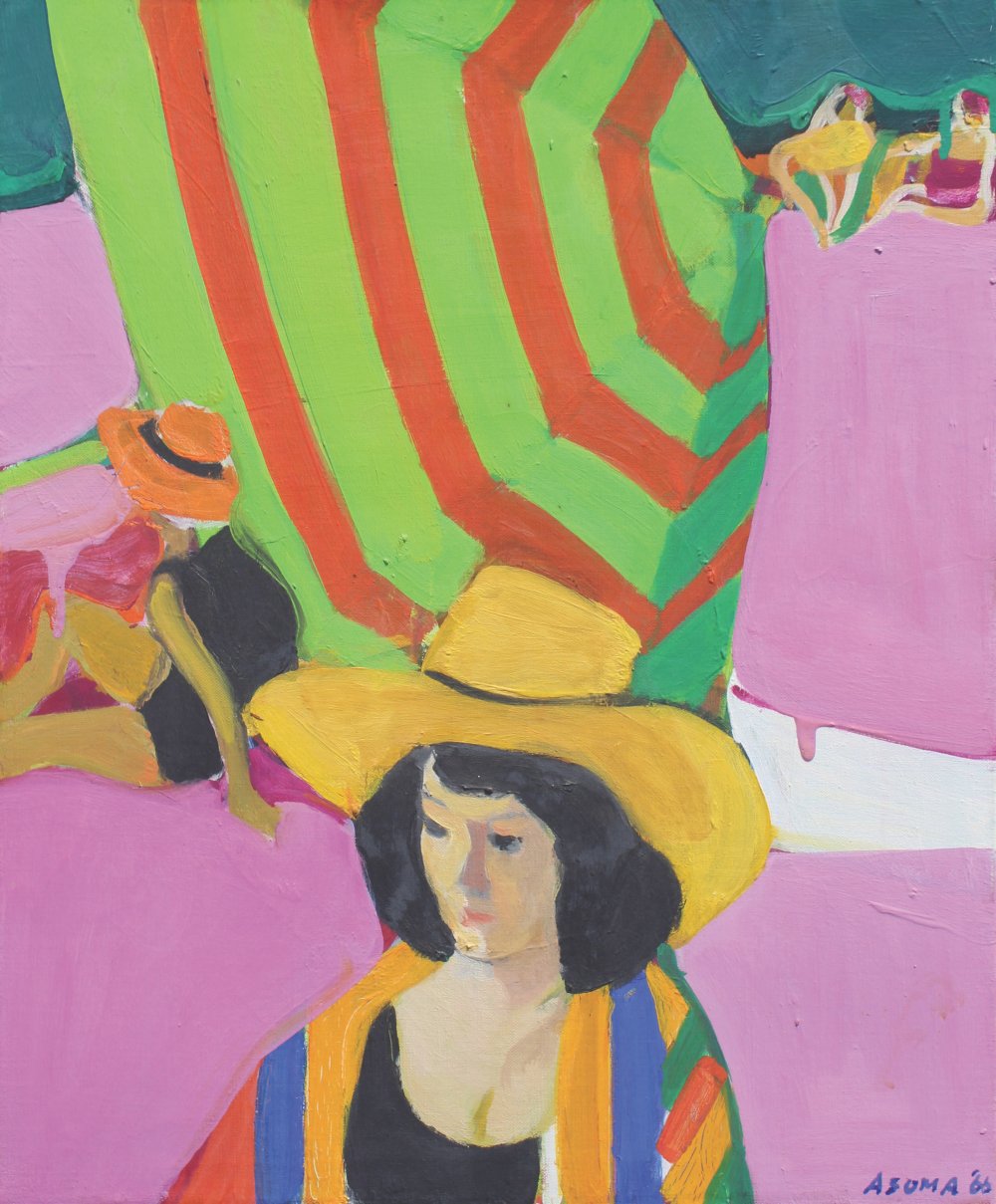 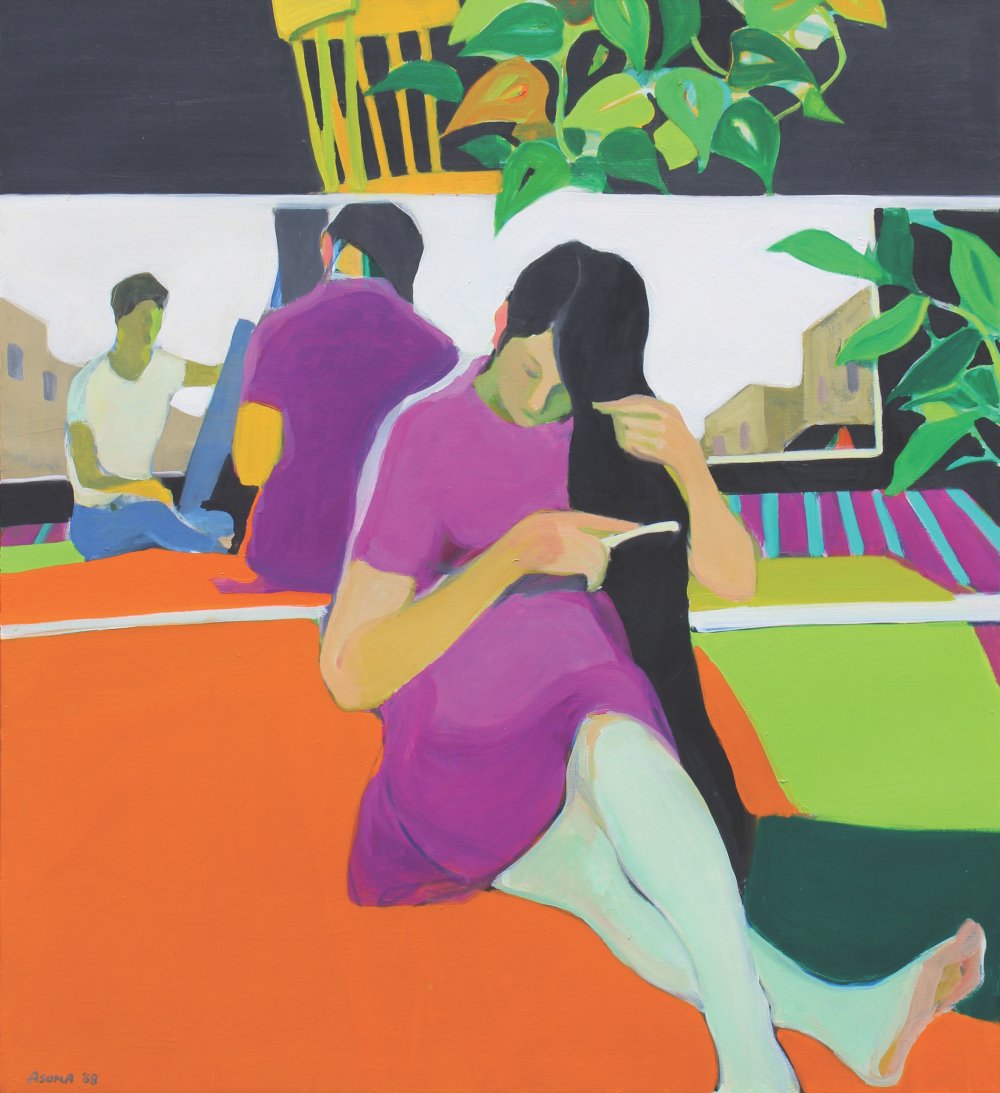 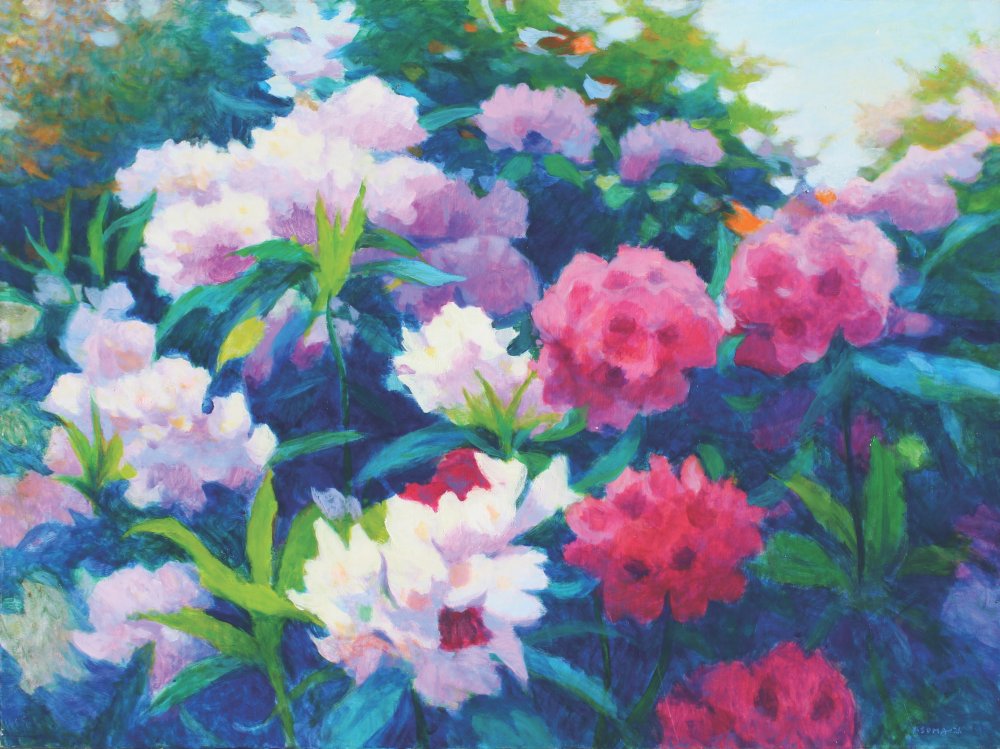 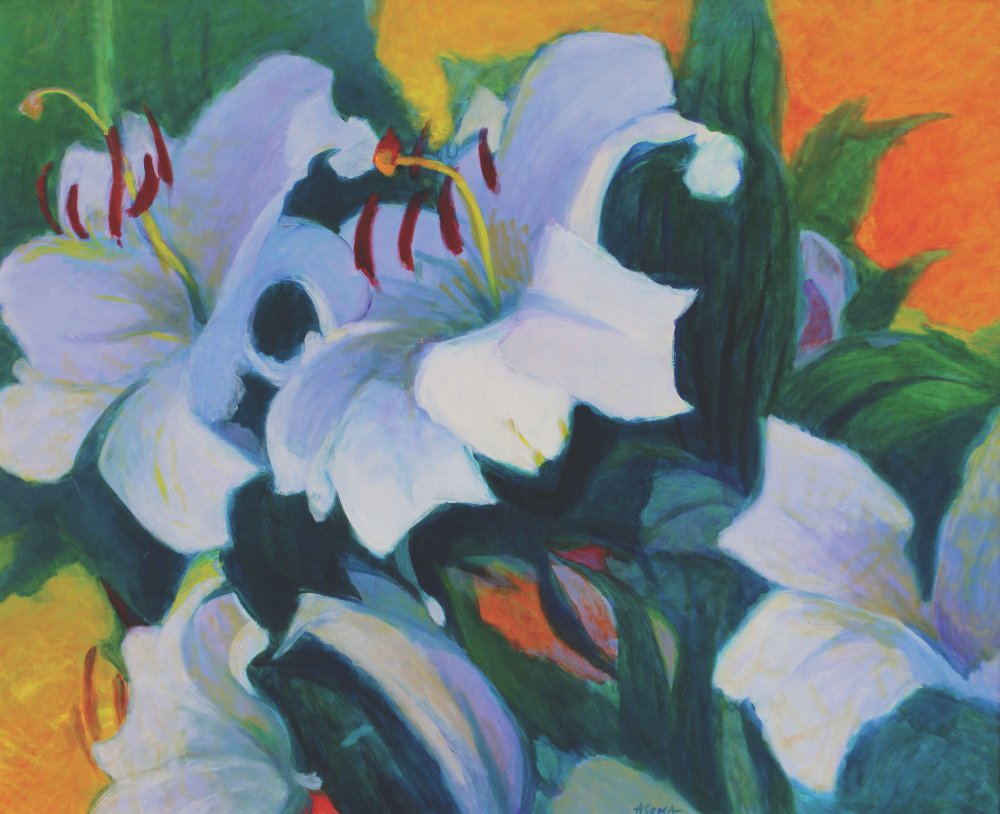 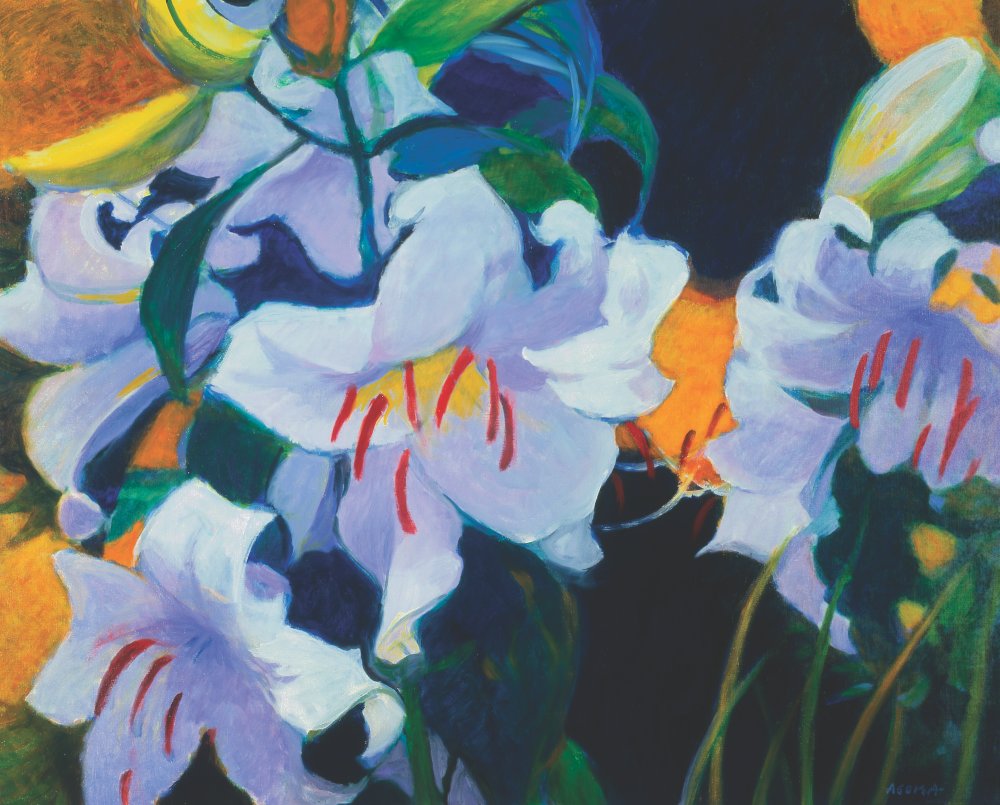 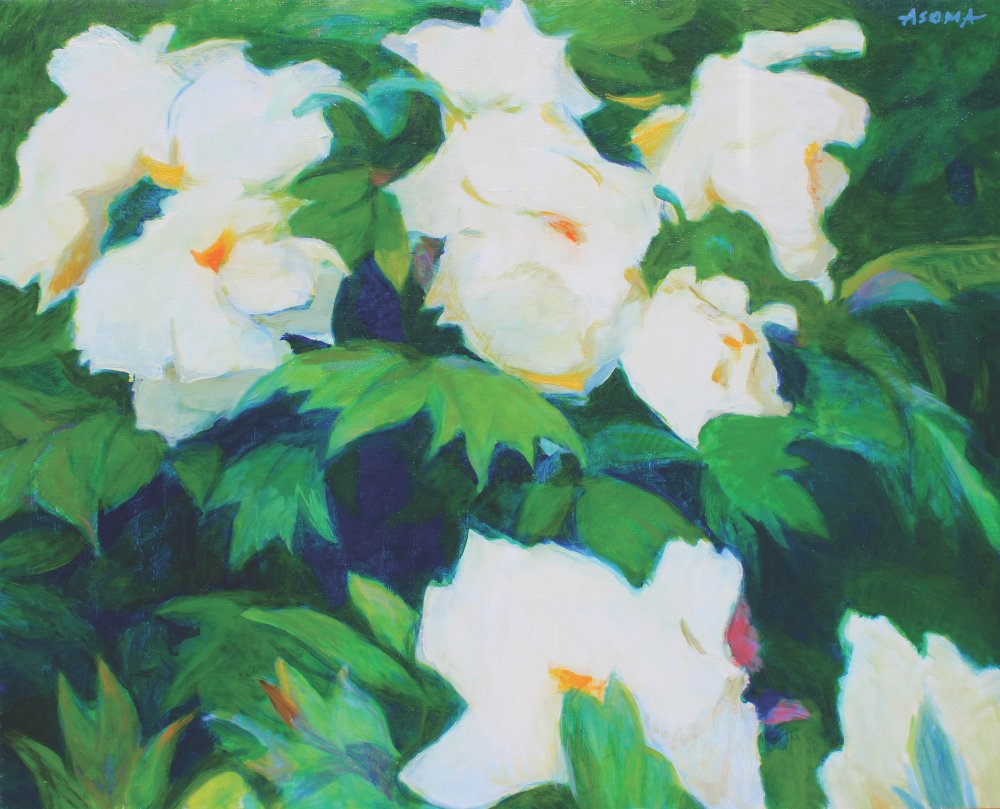 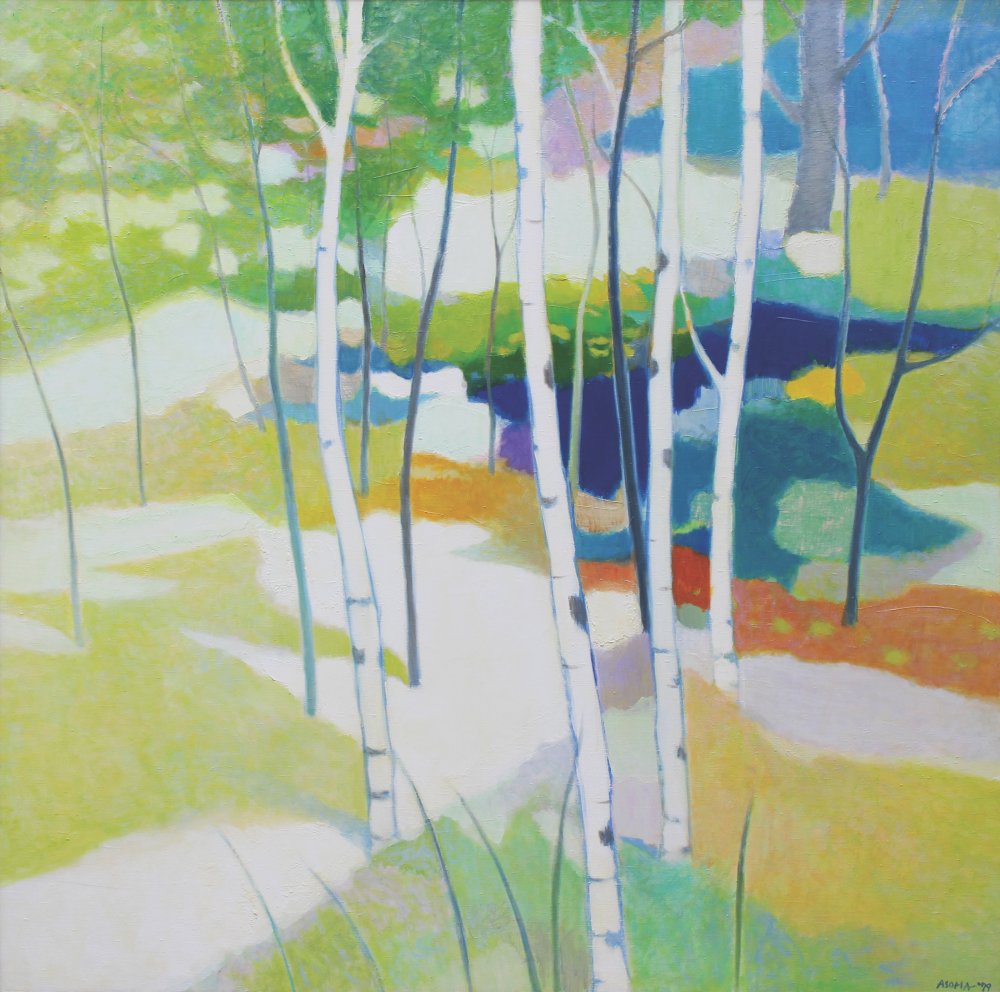 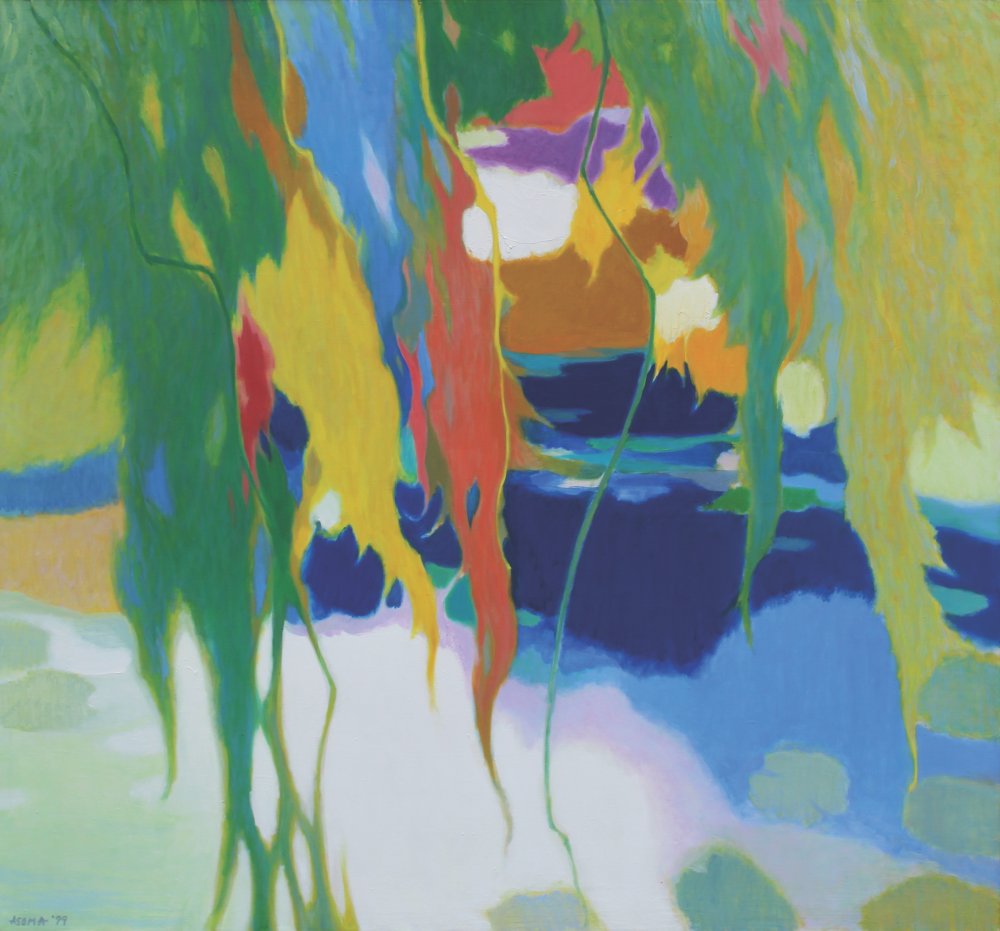 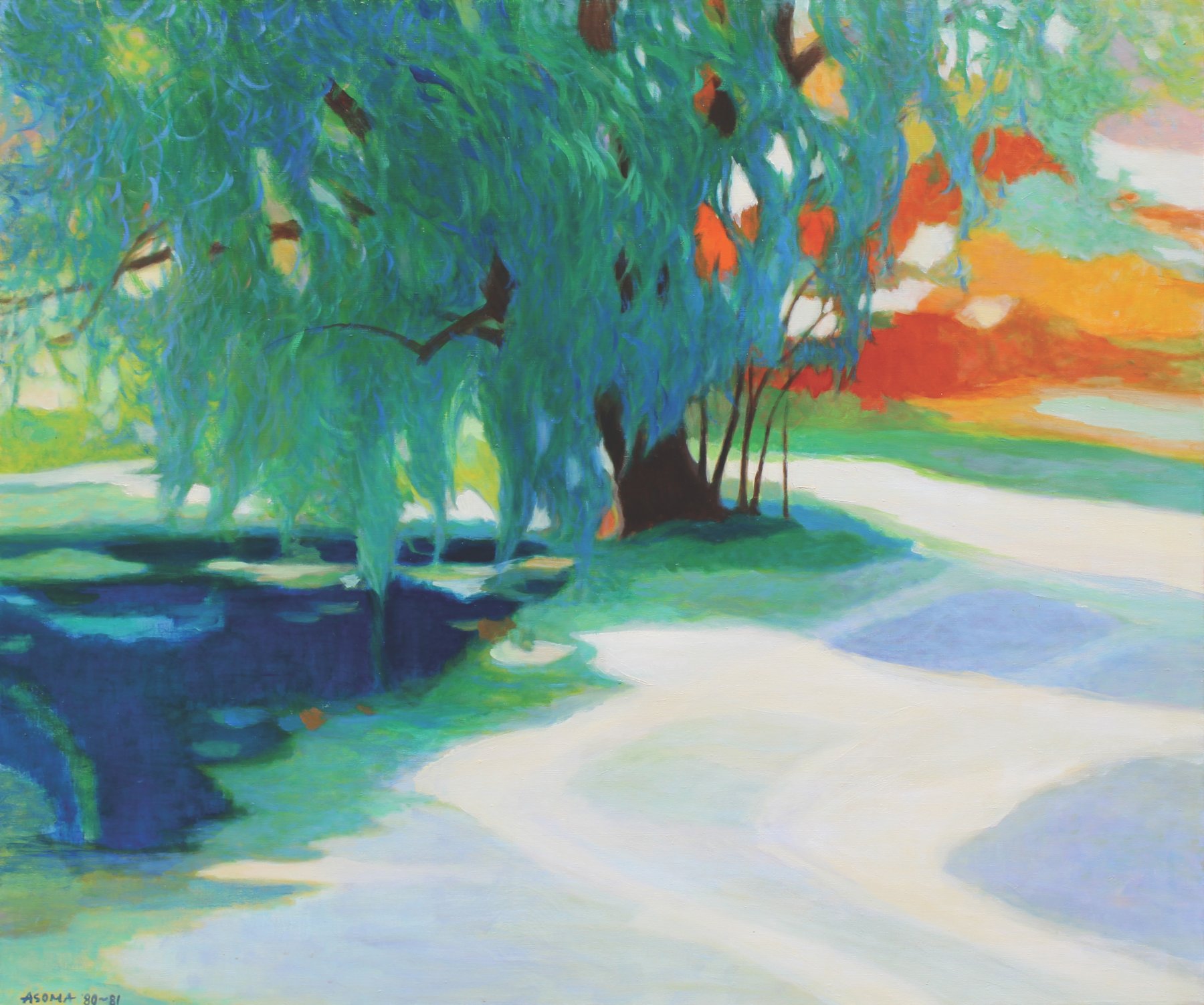 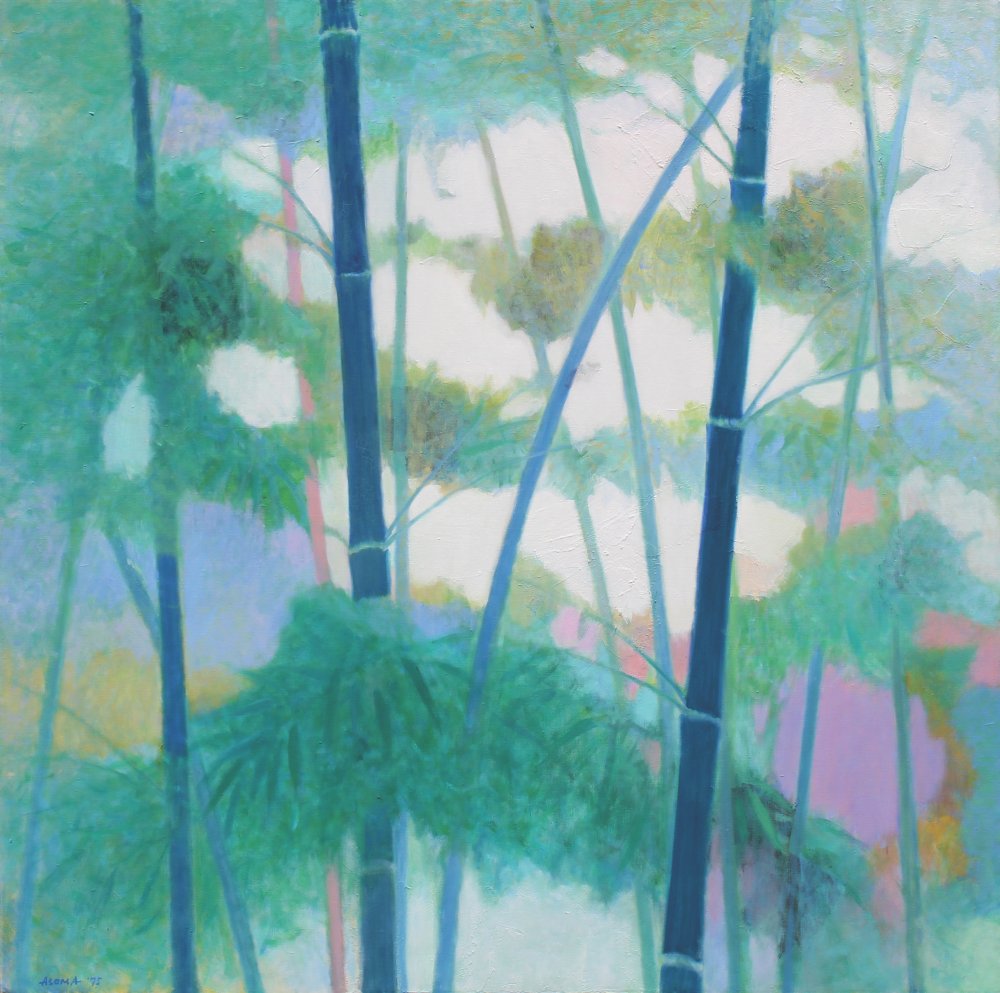 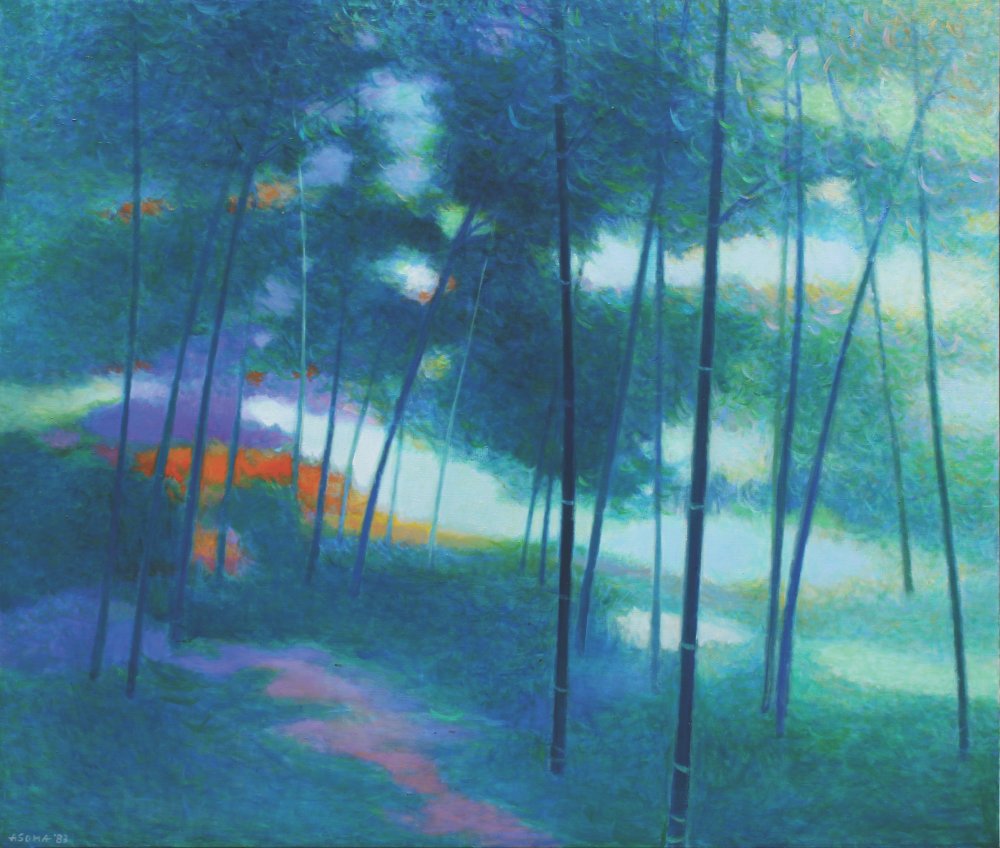 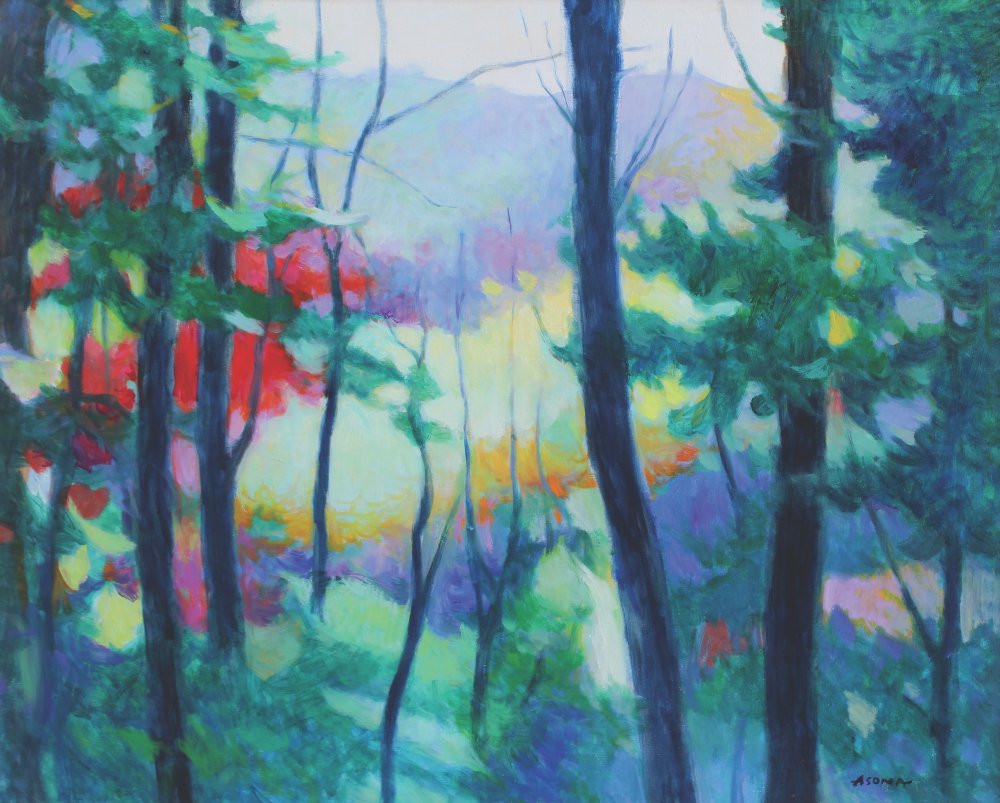 Tadashi Asoma
Through the Pine Trees, 2009 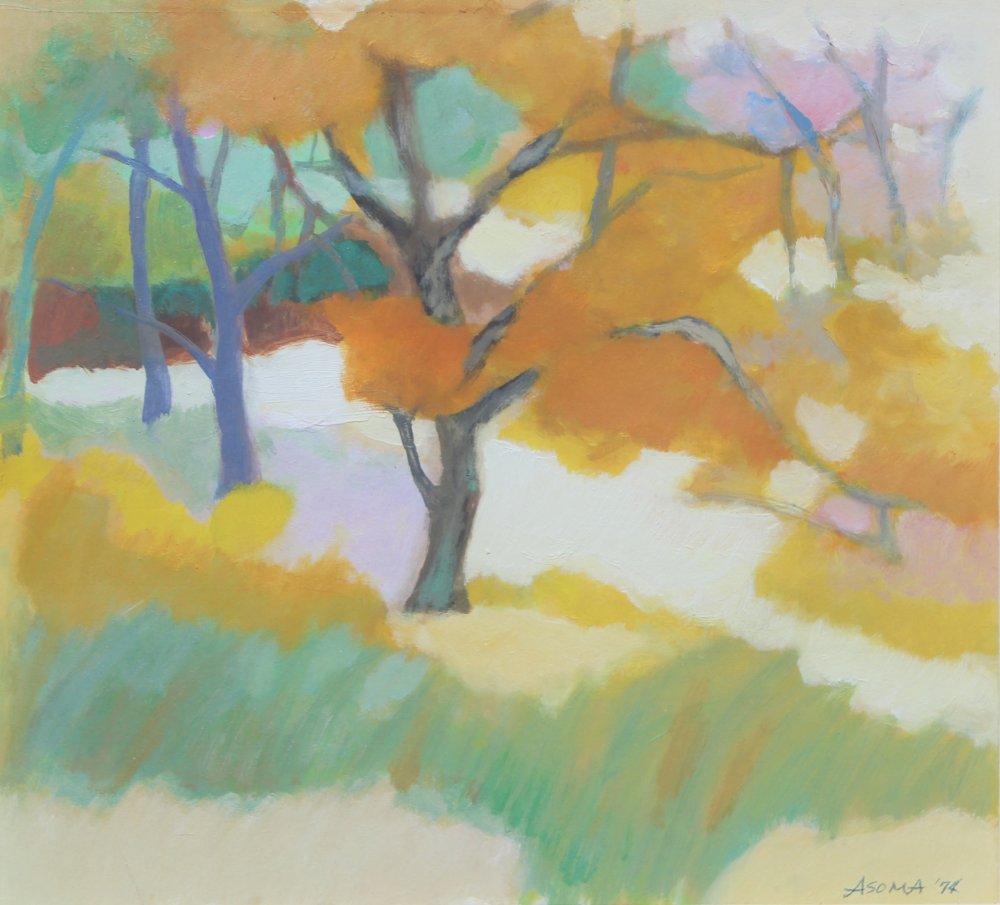 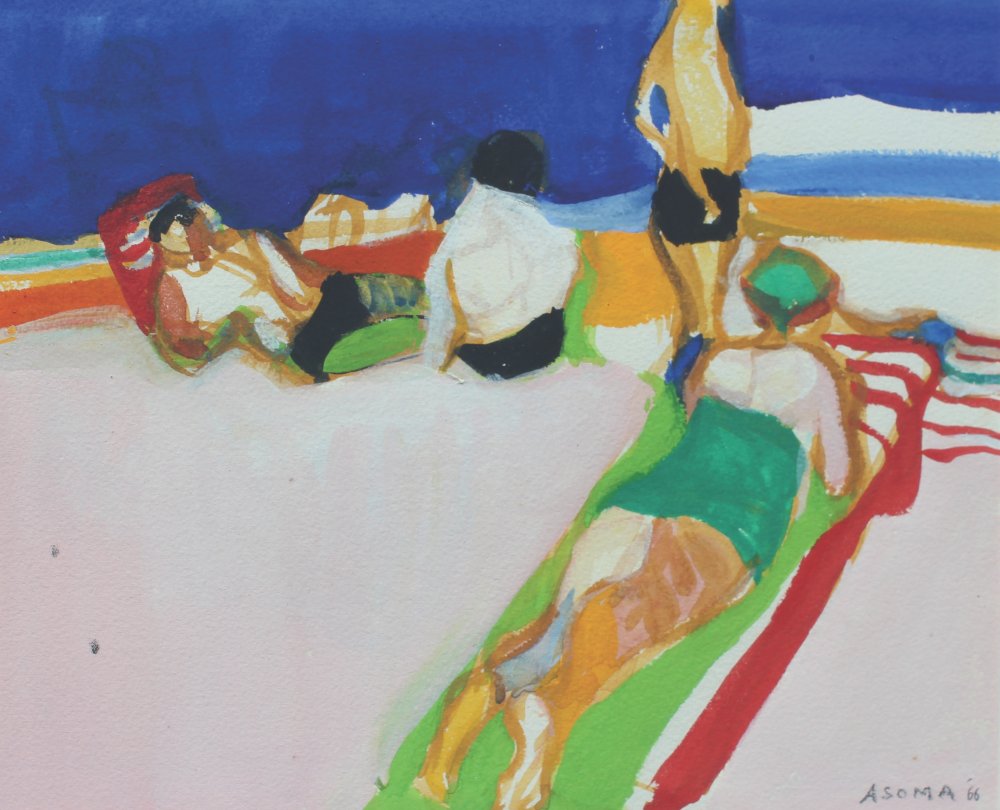 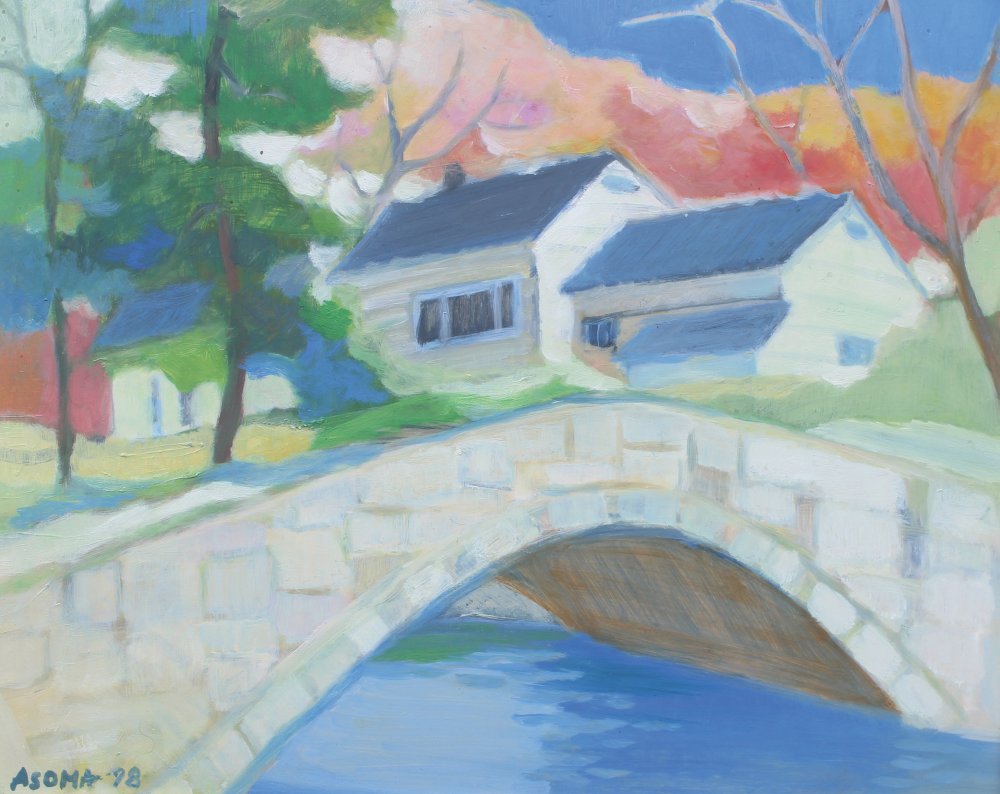 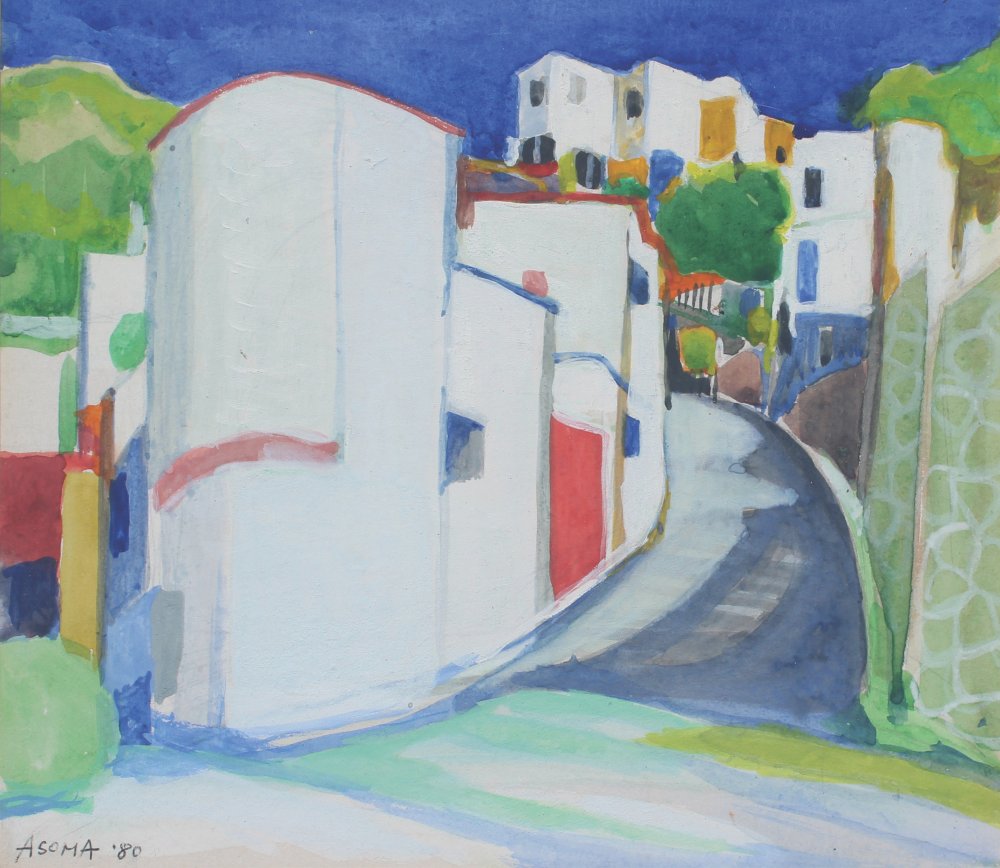 After Paris, Asoma visited the United States and developed a fascination for the contemporary American style of painting. He eventually moved to New York, near the East Village, and continued his studies at the Art Students League. He studied and painted in New York for three years before returning to Japan.

Asoma quickly returned to New York in 1961, a city he knew posed abundant opportunities for a young artist. In these years, Asoma created his early American works, using bold, vivid colors to form puzzle-like compositions that depicted the most intriguing natural and personal moments. The year he arrived, he had his first exhibitions in the United States, at the Japan Society in New York and San Francisco.

“Tadashi Asoma, a Japanese painter who lives in Upstate New York, brings a good eye for a motif and considerable charm to his more northerly landscapes. No Western eye would see our familiar scene in quite that way. Nor would any western painter render it in quite those combinations of color.” – John Russell, 1981 (New York Times)

In 1972, Asoma settled with his family in a village called Garrison, nestled in the Hudson River Valley and just 50 miles outside of New York City. In this smaller rural town, Asoma, inspired by his surroundings, began painting nature. His work became fluid and serene; however, he retained the same foundation that made his work so unique and desirable. Asoma’s works display sudden bursts of pure, brilliant color applied with a swift and fully loaded brush. Asoma portrays his muse and the changing of the seasons with the utmost sensitive expression while his oils illuminate a landscape with lightly feathered textures. Asoma has a natural originality and closeness with nature, which is comparable to very few.