GAVLAK Los Angeles presents T. J. Wilcox, an eponymous solo exhibition of video, drawings and archival prints by the multidisciplinary artist. Thematically centered around a new film developed by the artist during the pandemic, Wilcox’s work uses the effects of process to explore a sense of place and identity informed by the transience of time. 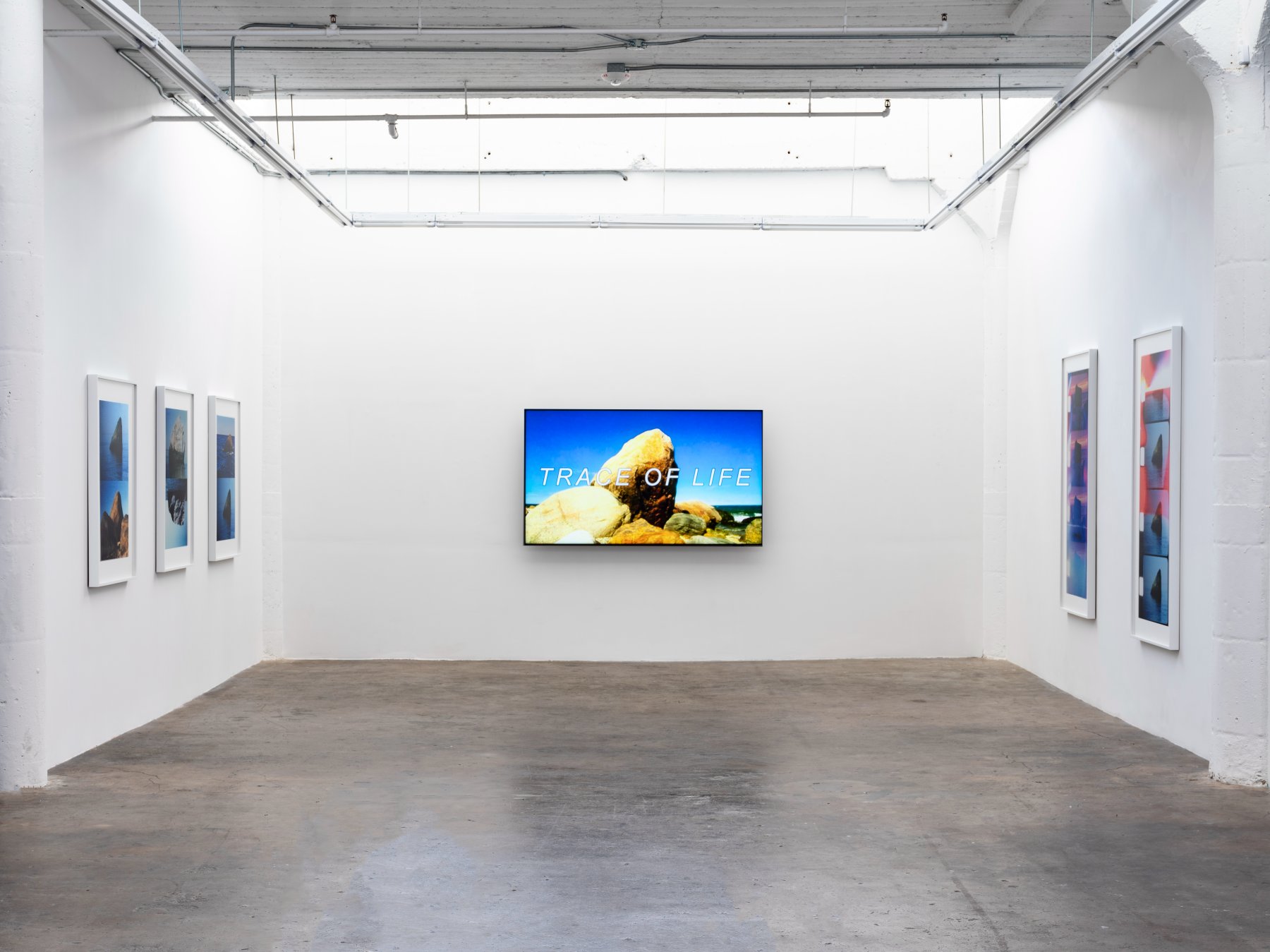 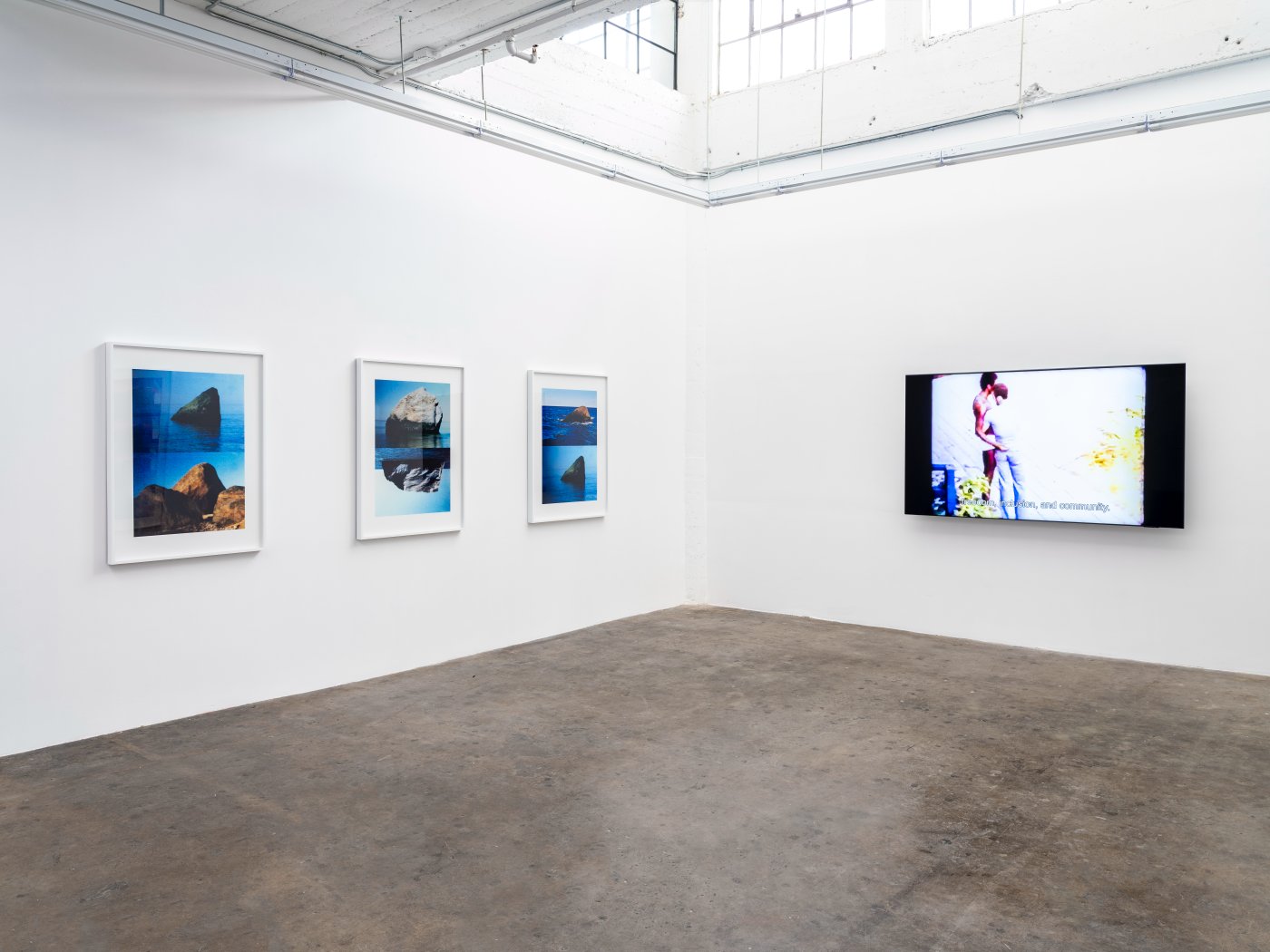 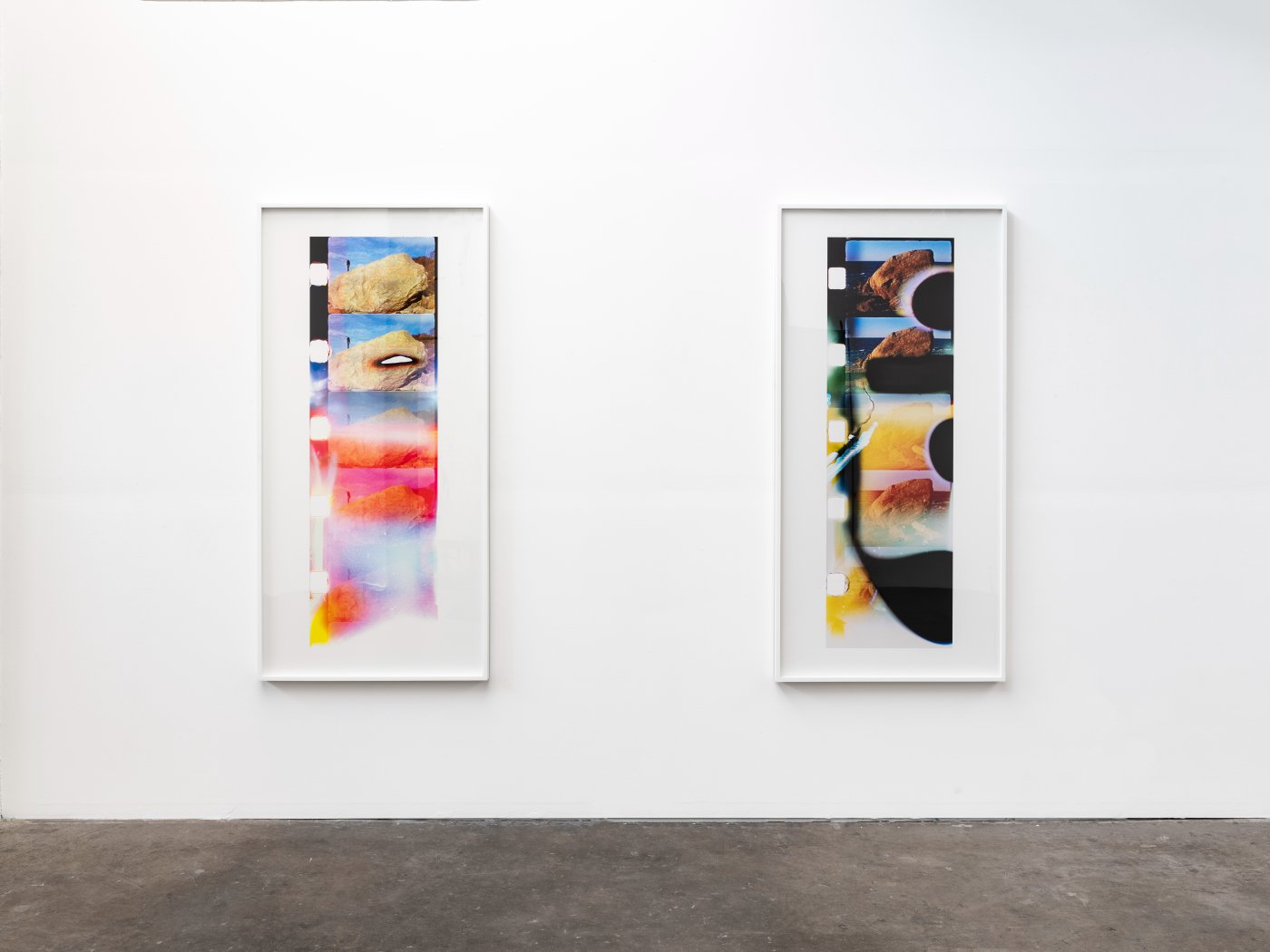 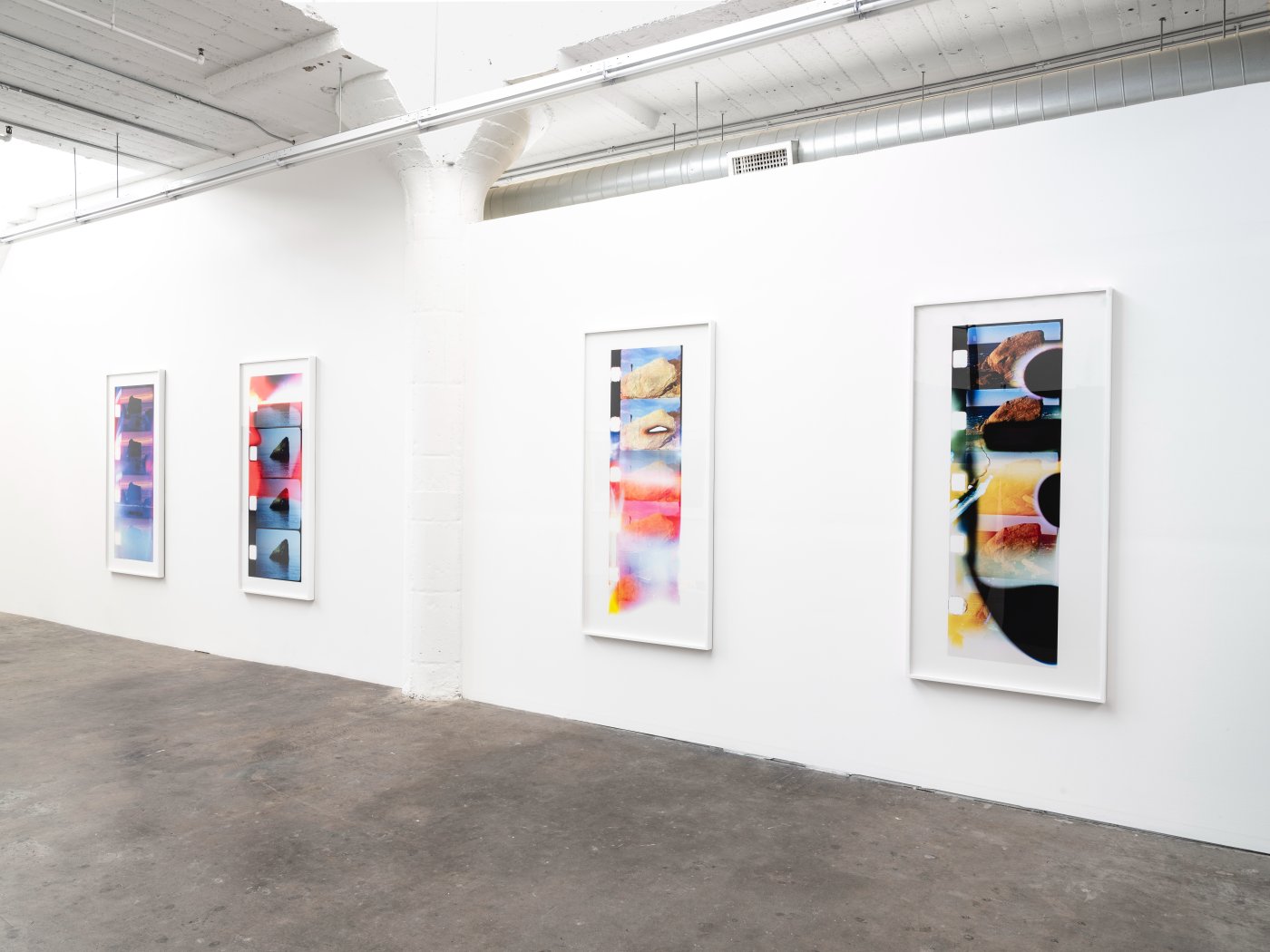 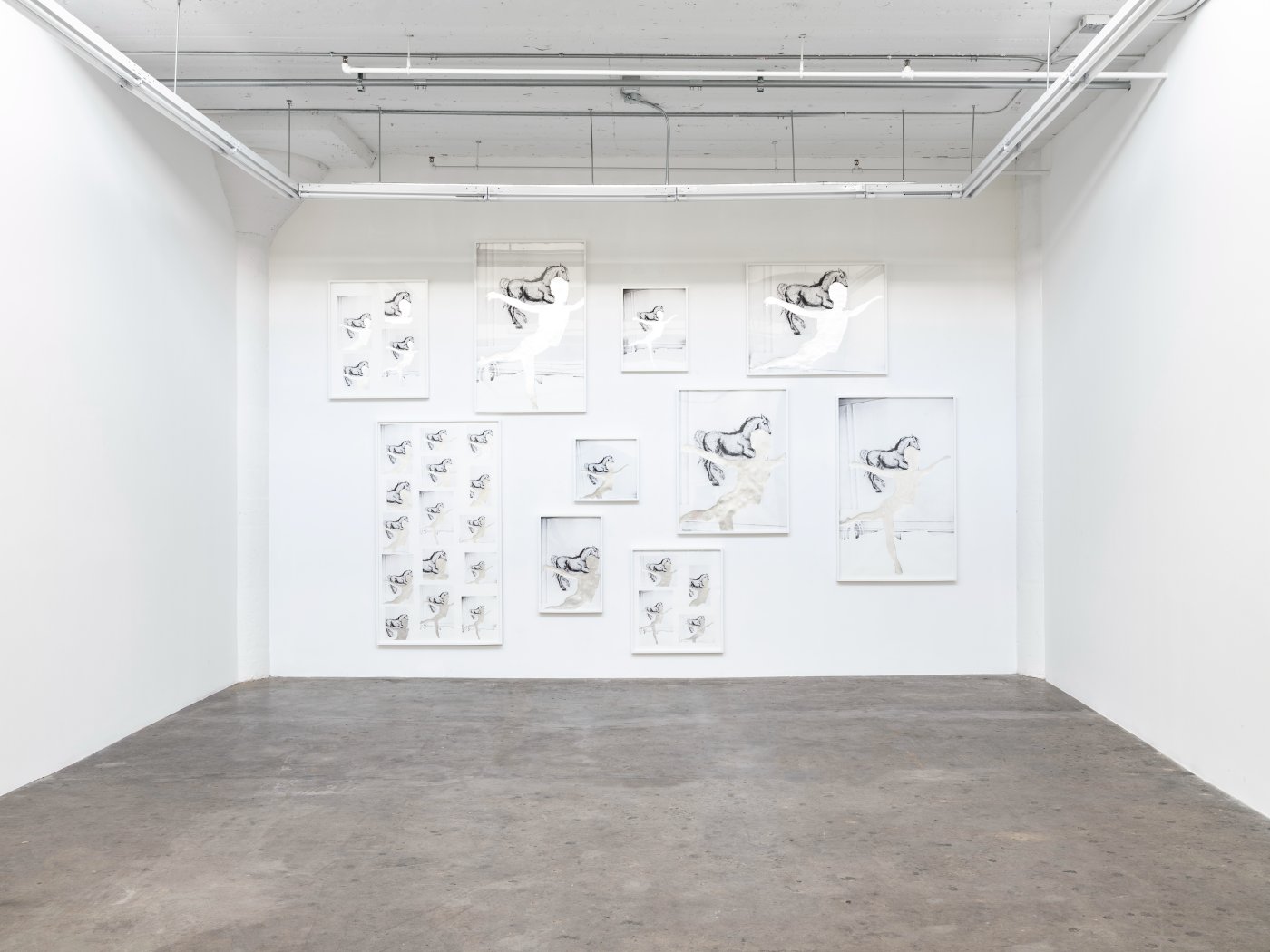 Across media, Wilcox employs visual techniques which evoke perceptions of time and space typically unavailable to the human eye. As a filmmaker, he enjoys constructing problems and entering into situations whereby one captures the unfilmable, allusively visualizing things that are otherwise impossible to see. This solo exhibition centers around a new film by Wilcox entitled Trace of Life. Using his preferred method of motion-picture collage (incorporating live-action footage, archival photography, digital and handmade animations, time-lapse and the developmental process of Super 8 film), Wilcox’s three-act video emerged from working through the exceptional context of global pandemic and quarantine. Absent the cacophonous aspects of daily life during lockdown, the artist became increasingly attenuated to time itself as a concept, reorienting his practice around identity and place. The resulting film is an investigation of mark-making in many guises, which hide in plain sight, whilst simultaneously shaping our perception of self and the space and time we inhabit, on an intangible and intimate level.

Trace of Life explores these vestiges by trapezing through dilations of time, from the instance of a frame to the eon of a geological shift. The inspiration for the first part of the film came from Wilcox’s encounters with glacial erratics — massive boulders that dot the shoreline of Long Island Sound. At first, apprehending these tectonic presences as symbols of stability and calm in the face of daily calamity, Wilcox soon discovered that they were actually geological nomads, pushed down from the arctic circle by the glaciers during the last ice age. Losing his sense in them of the familiar and eternal, this portion of Trace of Life and the corresponding archival print series Erratics reconceives these totemic offerings through the scrim of ephemerality, capturing the monoliths in multi-hour time-lapse, or suspending in the frame of a photochemical “incident,” carefully excised from the artist’s Super 8 prints.

The video’s second act traces the presence and impact of Warhol superstar Edie Sedgwick, who has served as a font of glamor and desire for New York’s downtown milieu since her untimely death. Citing Sedgwick and Warhol as mythic inspirations which first informed his understanding of New York as a highly referential, densely embodied environment, Wilcox was shocked to learn that a close friend of his was living in the same apartment where Sedgwick herself once resided. Recalling an iconic image of Sedgwick in Vogue from 1965, where she balances on an ottoman in front of a large drawing of a horse she had sketched directly on her wall, Wilcox began investigating this now-hidden trace of Sedgwick’s brief and incandescent existence. In a sleight-of-hand typical of his cunning filmography, the artist’s attempt to physically unearth this painted-over drawing leads instead to new facets of Sedgwick’s biography — and explorations of her artistic agency — previously ignored in popular remembrances of her.

Wilcox’s most direct and evanescent exploration of mark-making comes in the final act of Trace of Life and concerns the boardwalks and footpaths which weave through Fire Island. A haven of the queer community for many decades, and a space of prelapsarian hedonism in the popular imagination prior to the AIDS epidemic, Fire Island still retains the same infrastructure of its heyday in the form of slatted wooden walkways as the primary means of travel. Focusing his camera on these boards, Wilcox breathes imaginative life into the footprints which once touched them, attempting to envision a marker of human presence that, if it was ever visible to begin with, has long since faded over the course of a distant afternoon. In exploring these intangible traces, Wilcox ponders the relationship between visibility and truth, playfully upending the role of the artist as a creator of tangible objects, and imbuing through his vision a sense of life steeped in and informed by the past, where the presence of those who came before exudes in the memory of their footfalls.